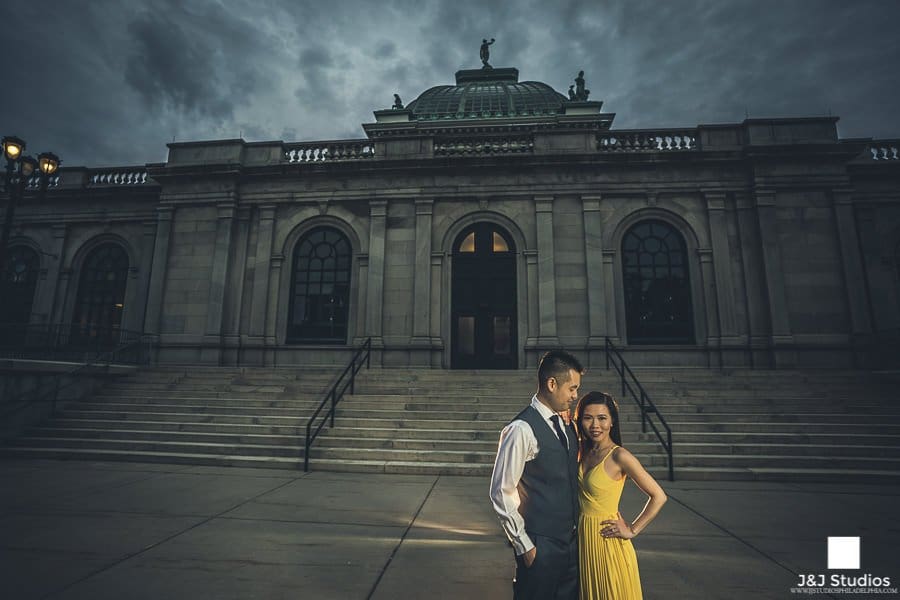 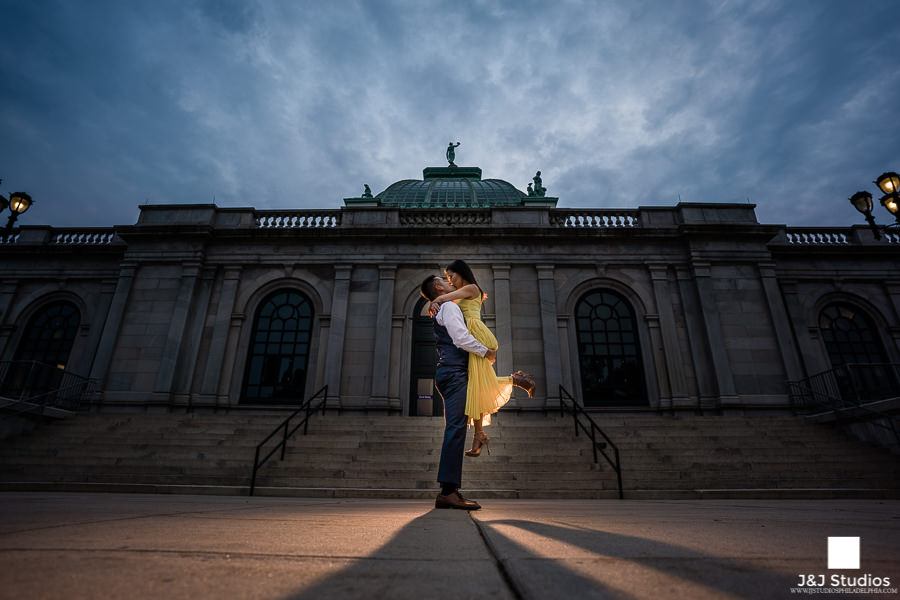 Tony and Quynh met up with us at the Please Touch Museum for a whimsical engagement session in Philadelphia’s Centennial District. From the museum:

“Recognized locally and nationally as one of the best children’s museums, Please Touch Museum’s mission is to change a child’s life as they discover the power of learning through play.”

This environment perfectly highlight’s Tony and Quynh’s playful relationship and fun loving nature. As a photographer, I knew I wanted to highlight the gorgeous Philadelphia architecture so I envisioned some dramatic back-lit shots to really let the architecture shine. 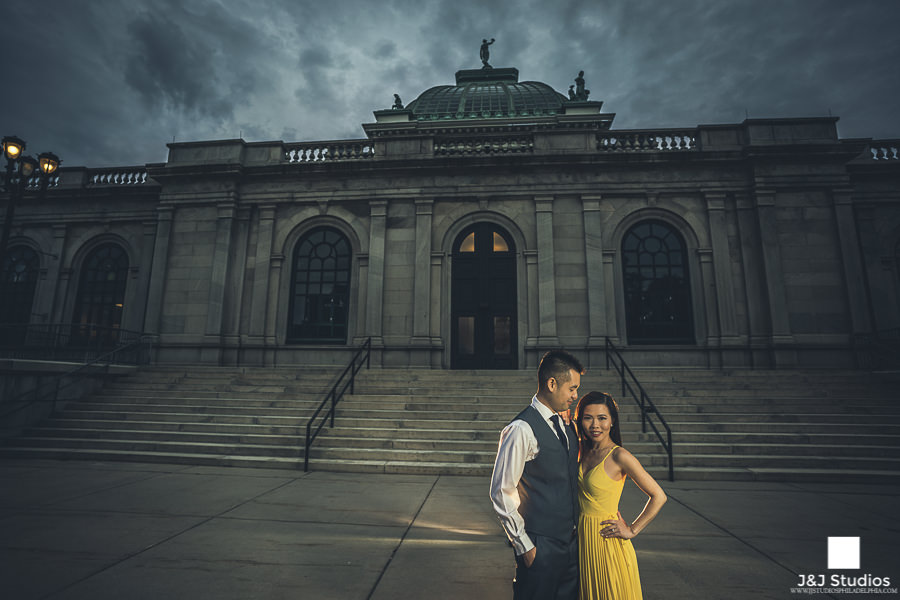 In front of the museum, there are some beautiful fields that were in full bloom, so we knew we had to take some nature oriented portraits to balance the contrasty, dramatic nature of the buildings. 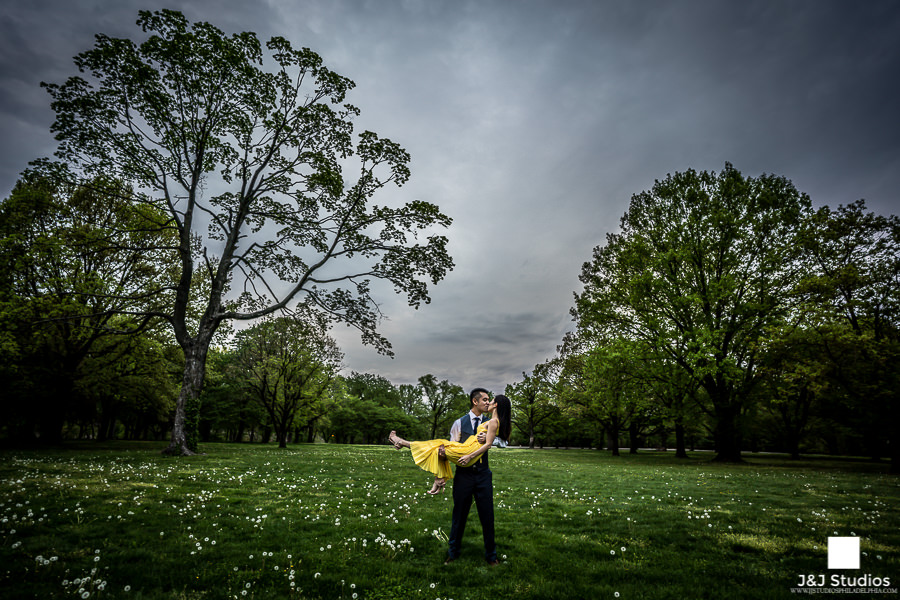 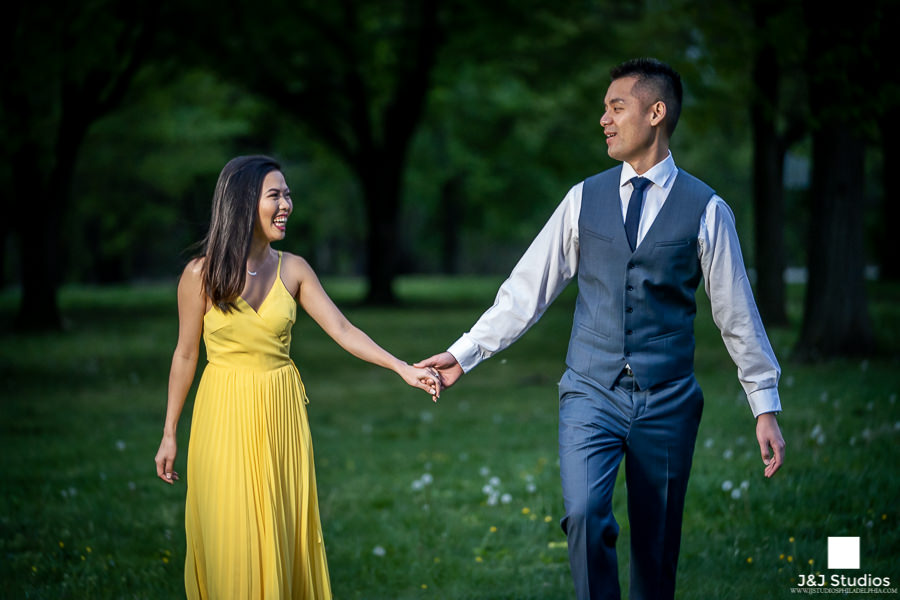 In the middle of the shoot it began to drizzle slightly. My couple was disenchanted, but I immediately suggested trying some “umbrella” shots. Tony and Quynh were hesitant at first, but once I showed them the back of my camera they did not want to put the umbrella down. This image is achieved simply by underexposing the background and placing a small strobe light behind the couple to give them gorgeous rim lighting so they “pop” off the background. 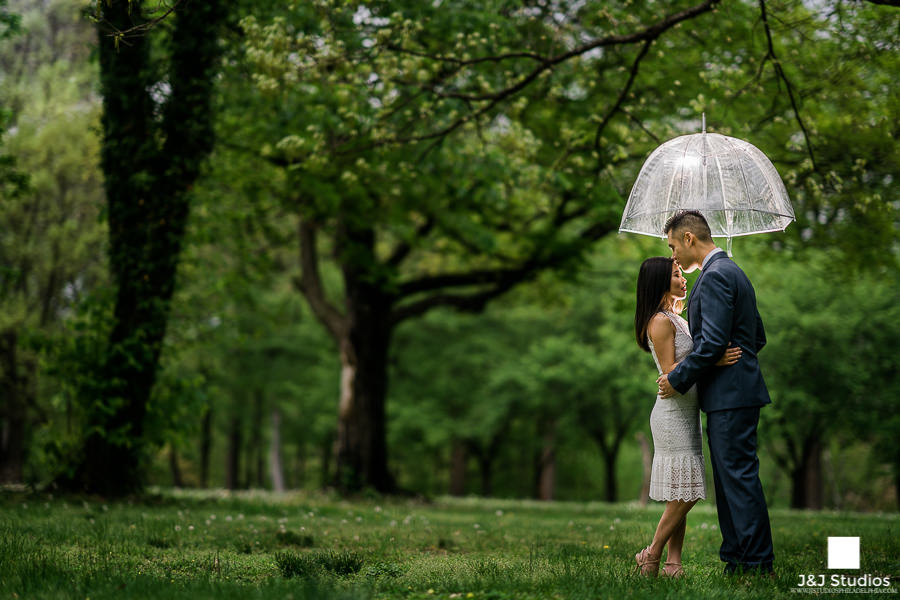 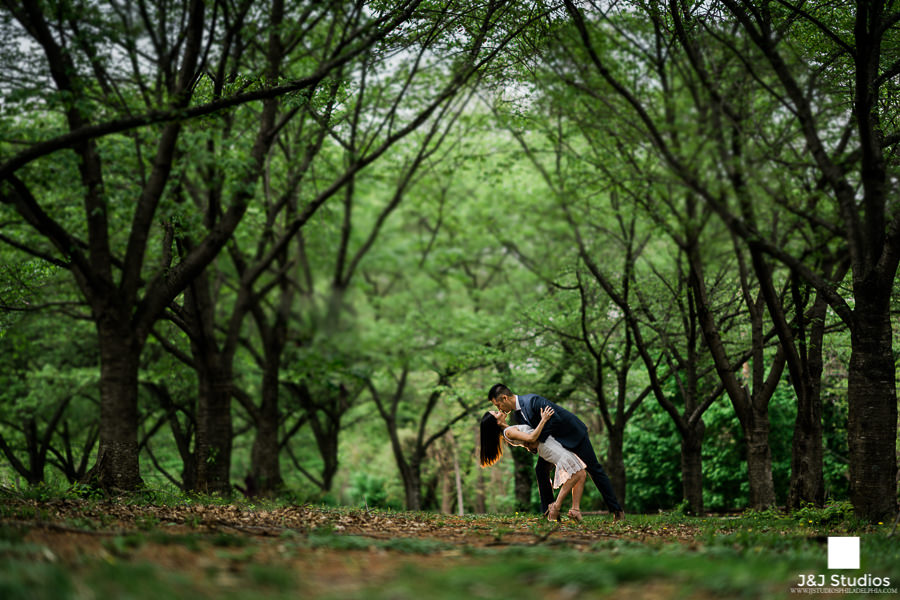 Over by the road, there was a nice line of trees so I got Tony and Quynh to the center of the tree line and had Tony dip Quynh for a beautiful environmental portrait which I feel would look stunning on their wall. I really hope this finds its way to be a nice canvas or metal print. 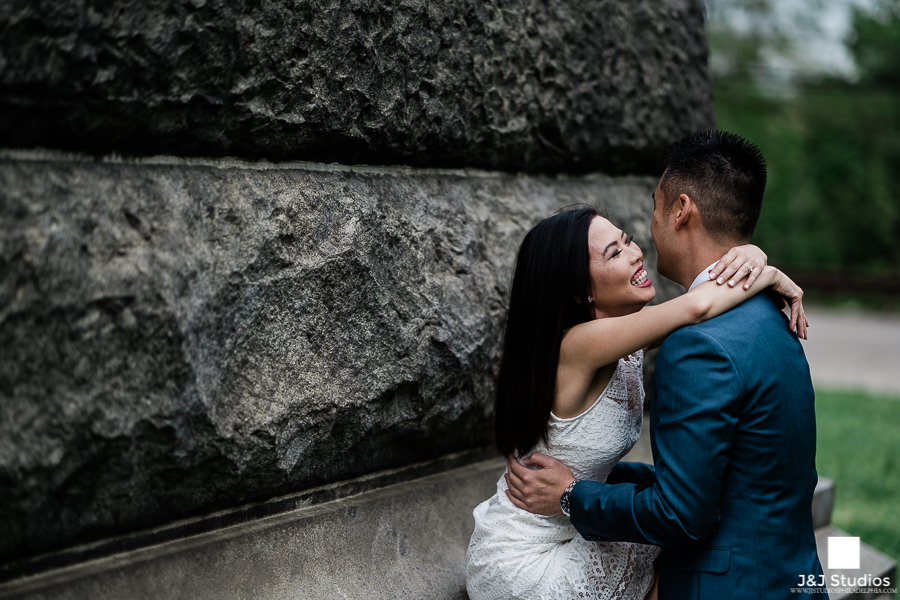 (Above) This particular image was taken with Quynh seated on a ledge because Tony is significantly taller than Quynh so with Quynh seated we were able to equalize their heights and make some really intimate portraits of the two of them.

Tony and Quynh are set to wed on Tuesday October 1, 2019 at The Claridge Hotel: Atlantic City. 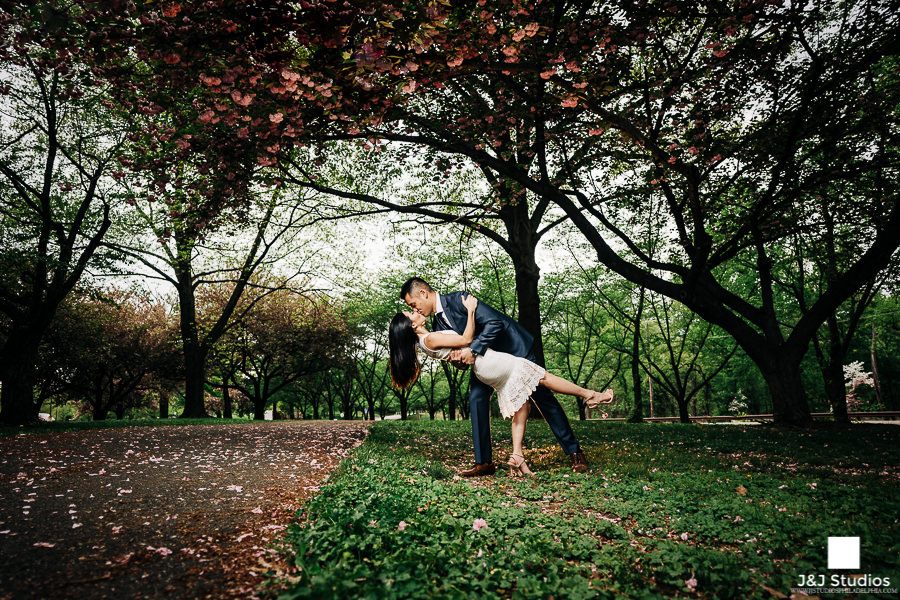 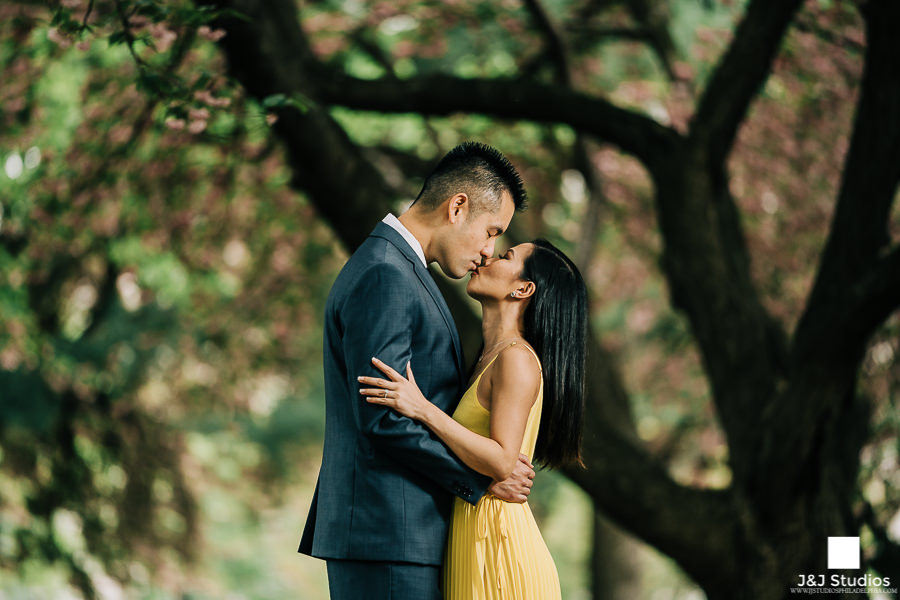 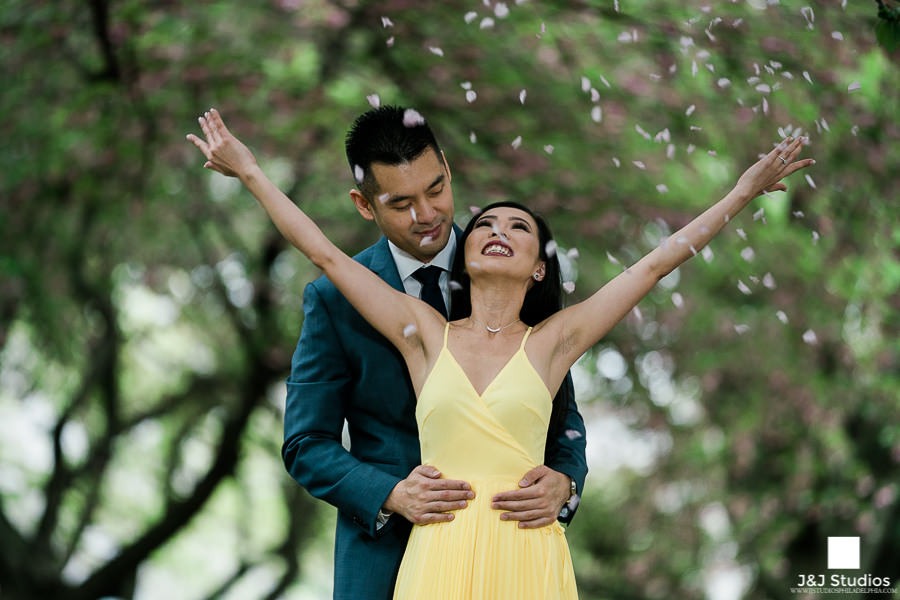 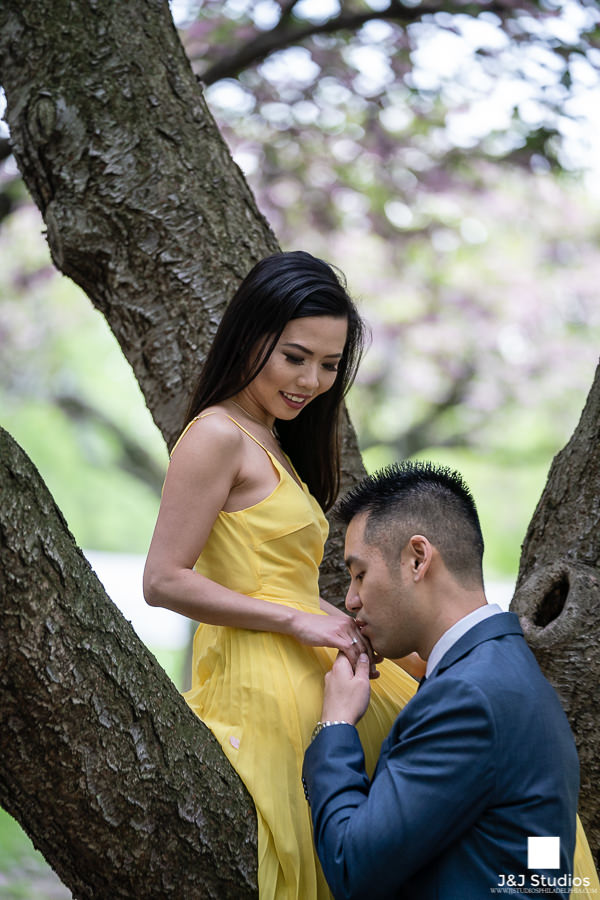 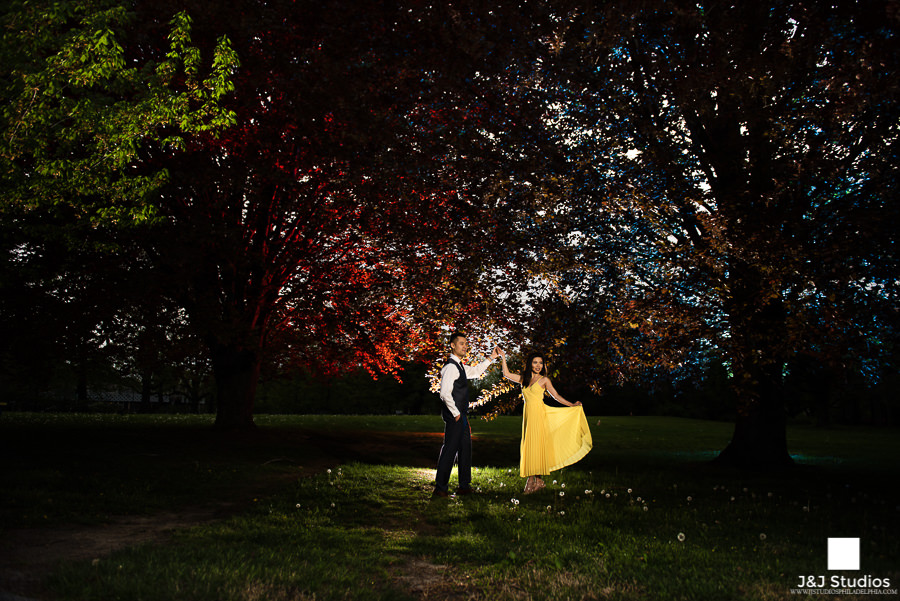