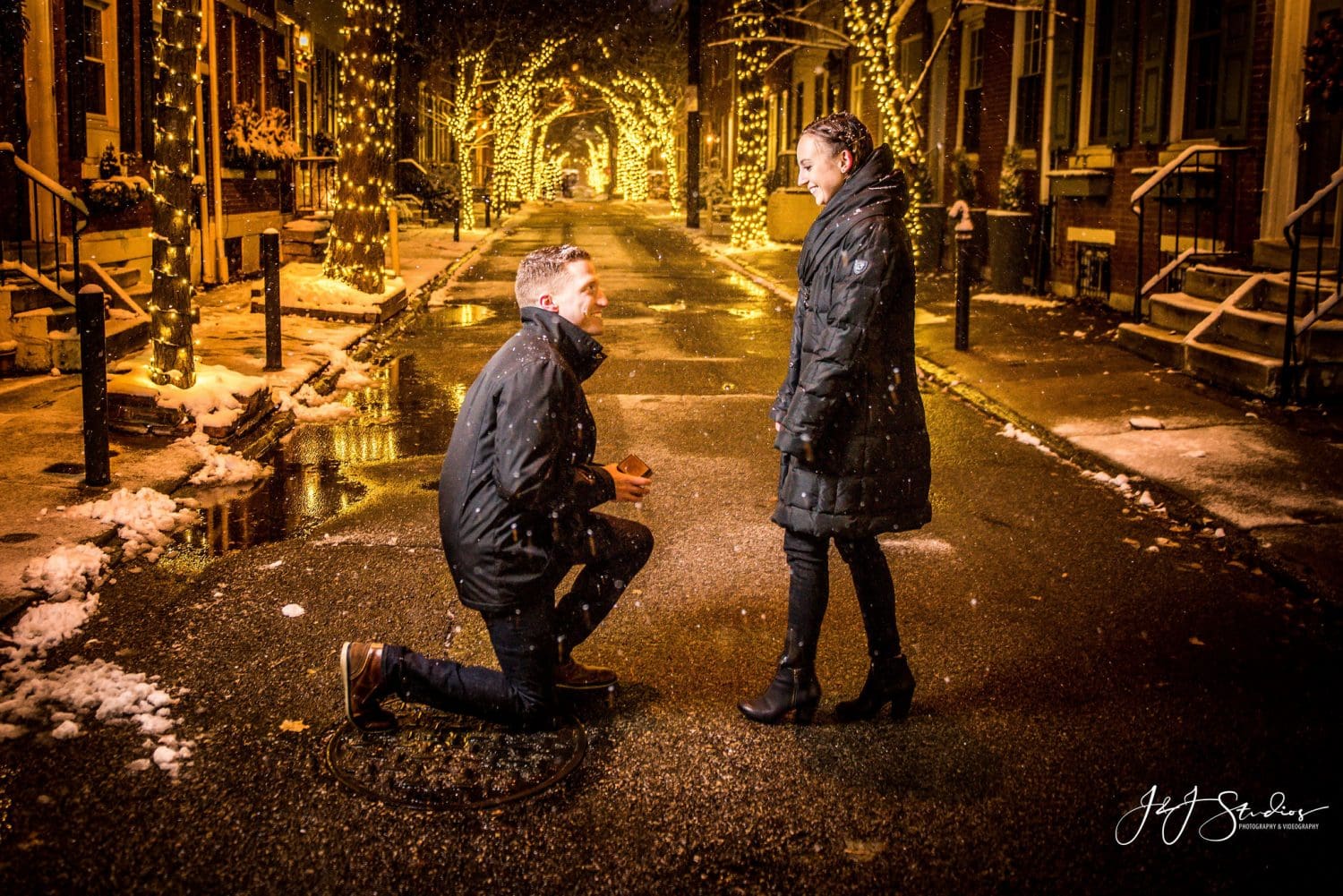 The holidays are a time for spreading love and joy. Zach Dolchin’s Christmas proposal to his long time girlfriend Cara was a waterworks session. J&J Studios was there to capture every second of this memorable occasion. There’s nothing more special than the union of two people who love each other. Our team was happy to make this surprise proposal shoot special for Zach and his fiancé Cara. 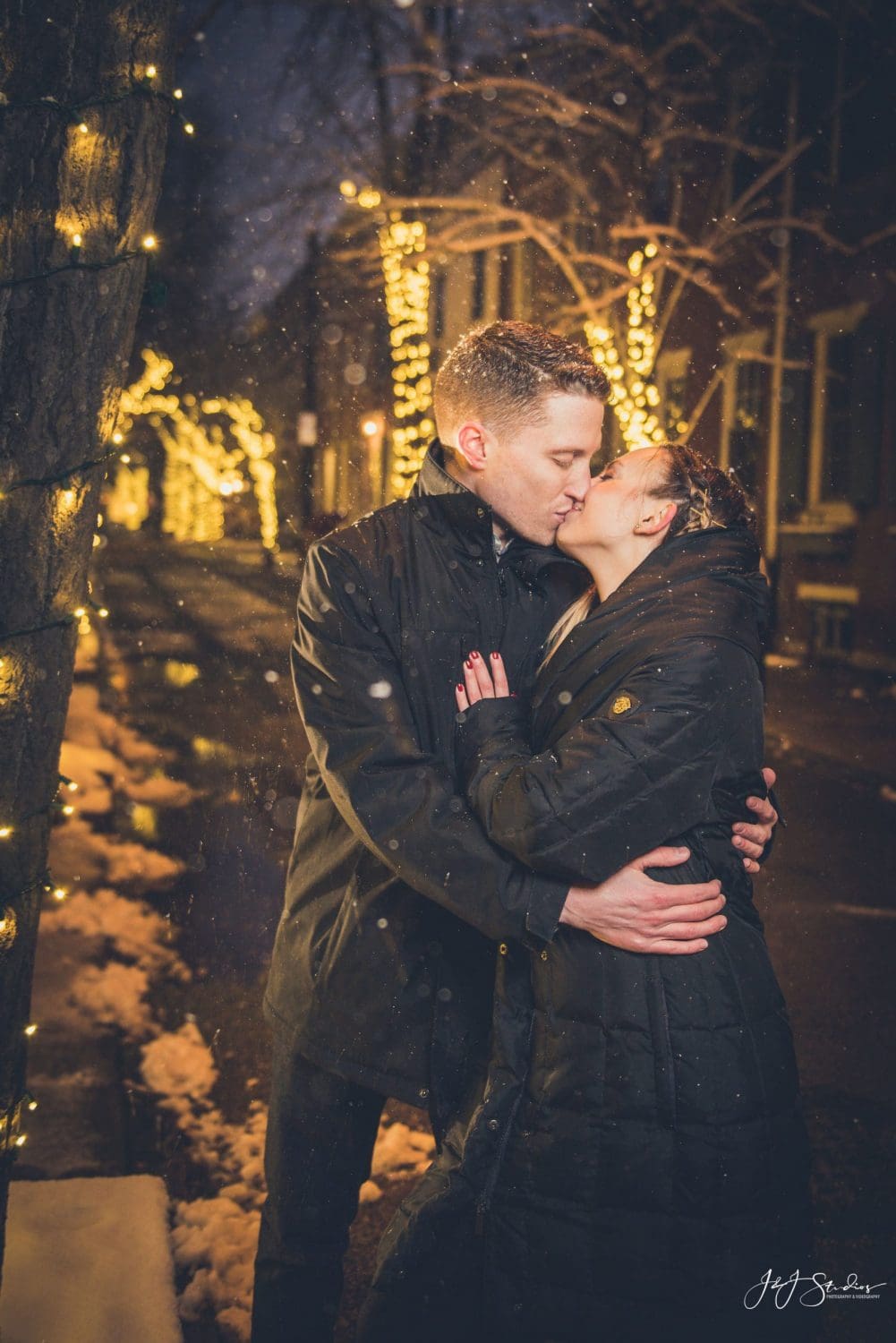 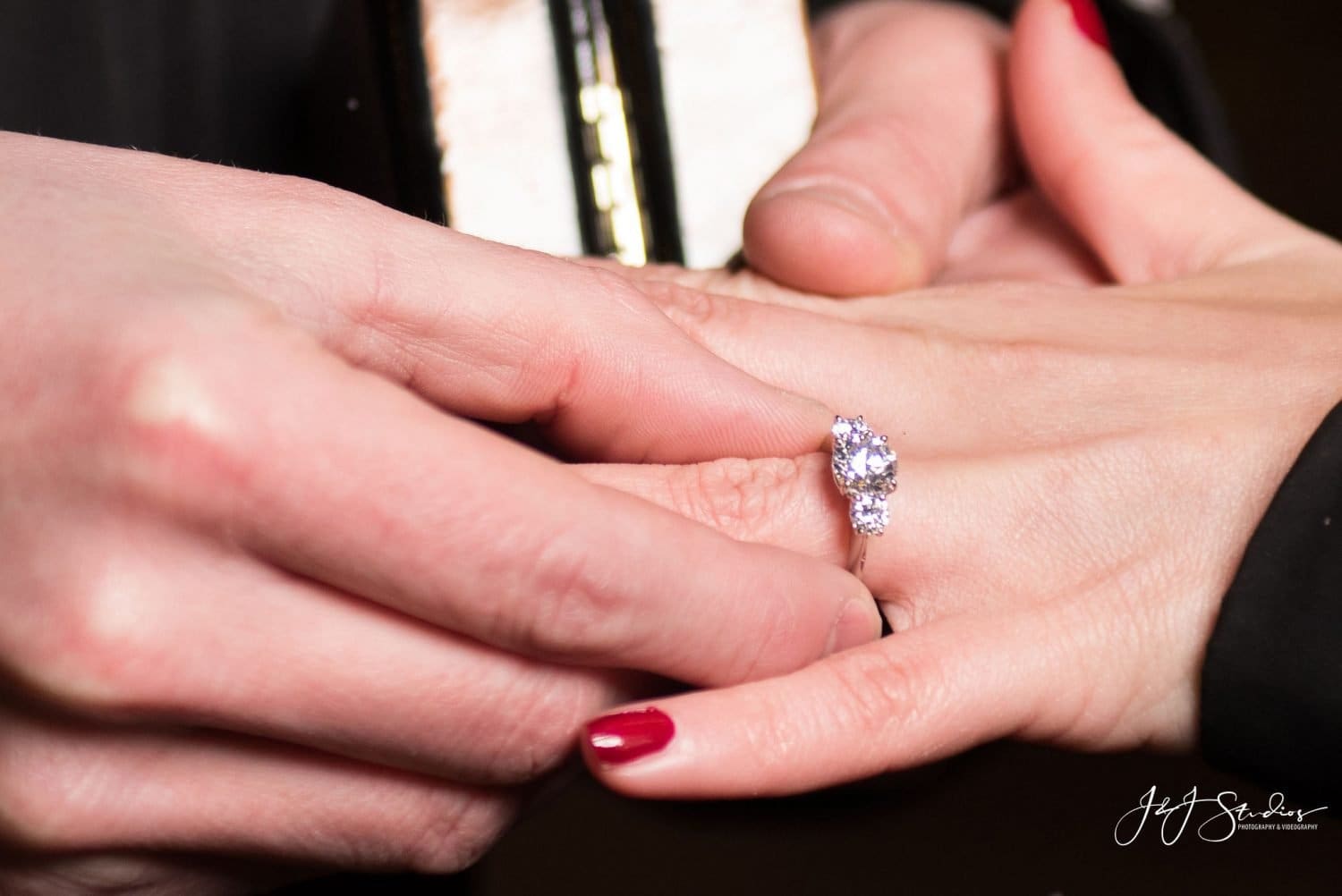 Zach knew Cara was indeed the “one” after their first date. He admits that it was her beauty that initially attracted him to her. However, her charm, her zest for life, and her kind nature are what stole his heart.

Zach and Maddison met in college. They were introduced by their roommates. However, it wasn’t until a year later after graduation when they got a chance to get to know each other. “We reconnected right after graduation and they have been together ever since.

What Cara loves most about her fiancé is his passion for helping people. “Zach has taught me so much about life and people. He has opened my mind to so many things,” Cara proclaimed.

After dating for six years, Zach felt that it was time to take the next step and make Cara his wife. He reached out to our team for help in making his surprise proposal special. He desired to commemorate the special occasion with a photoshoot.

Zach planned an intimate dinner at one of Cara’s favorite restaurant Downtown Philly on a Saturday night. The two enjoyed a delicious meal and decided to take a walk after dinner. They walked down Addison street, sharing old funny stories and telling jokes. 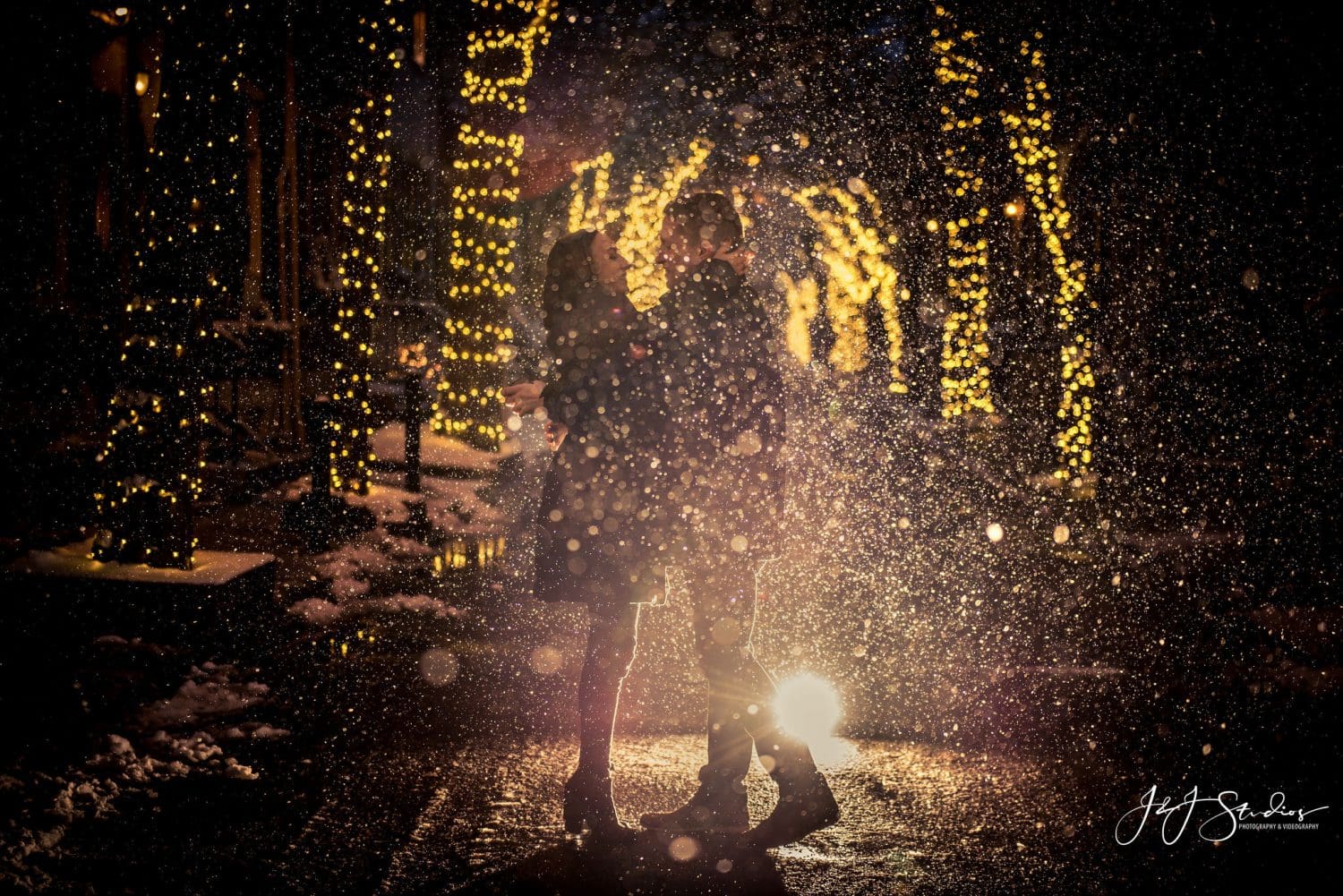 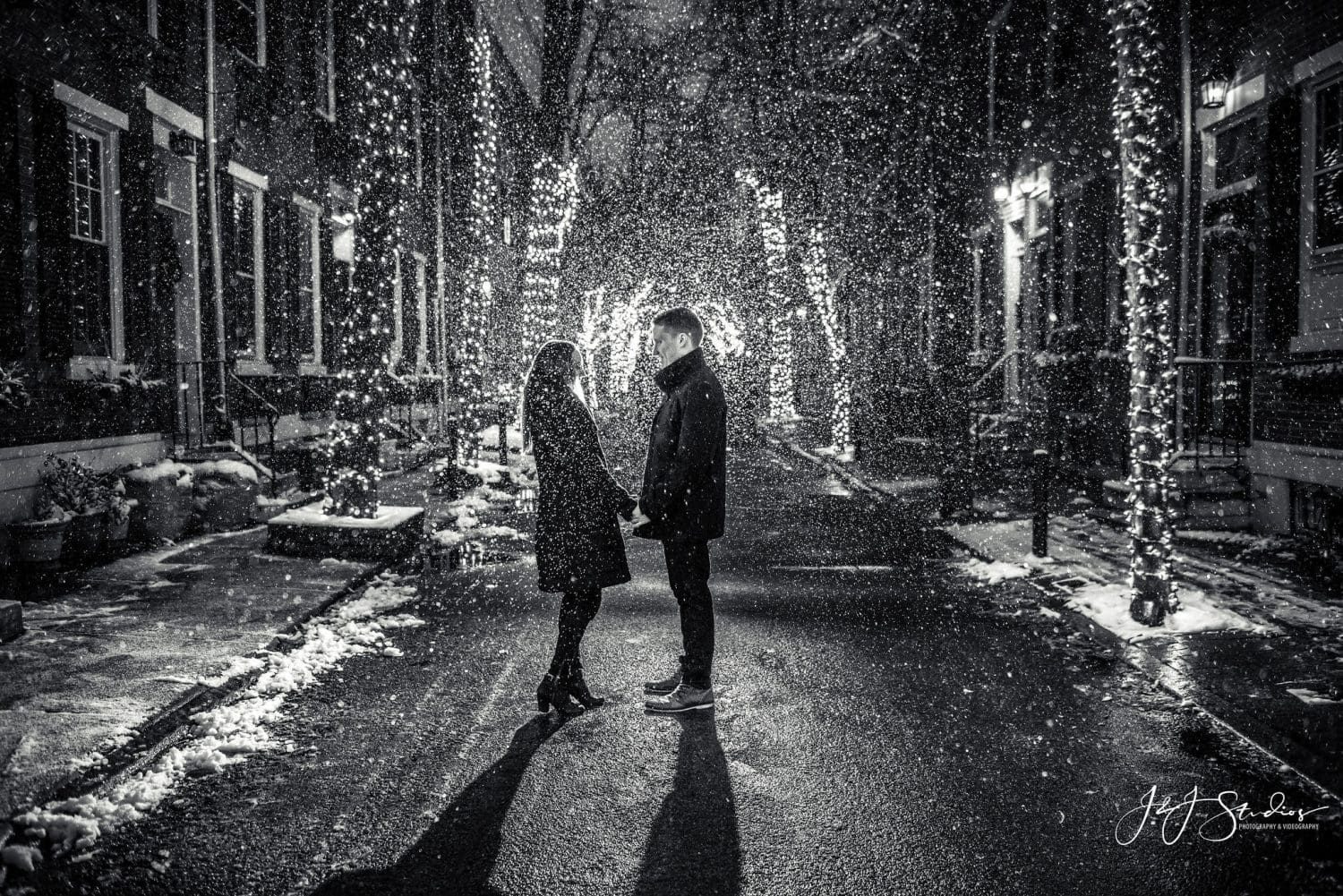 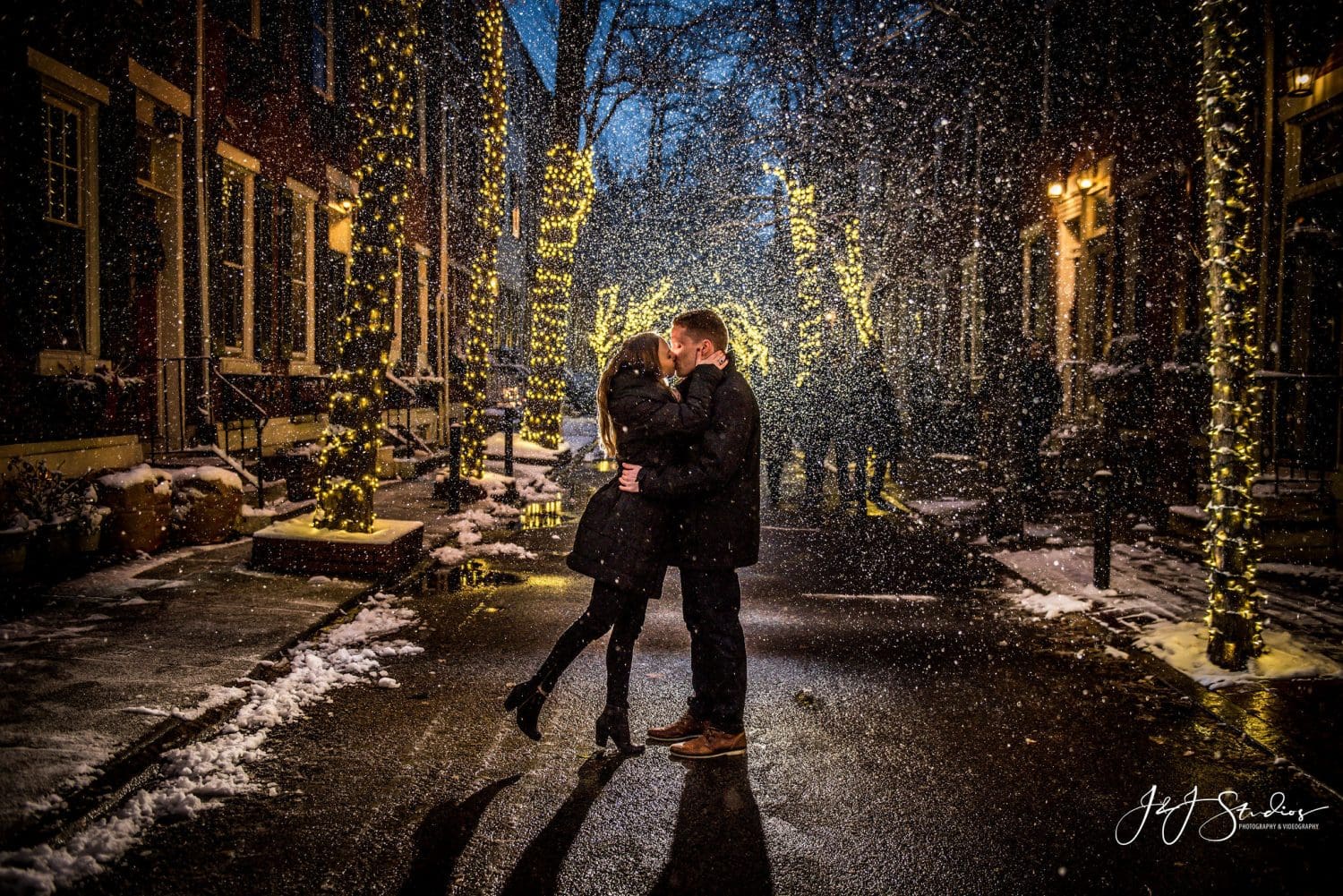 Zach got down on one knee and popped the big question right in the middle of the street under the extravagant Christmas lighting scheme. J&J Studios captured every moment of this epic proposal and we produced stunning visuals that this couple can look back on when they are “old and grey”. 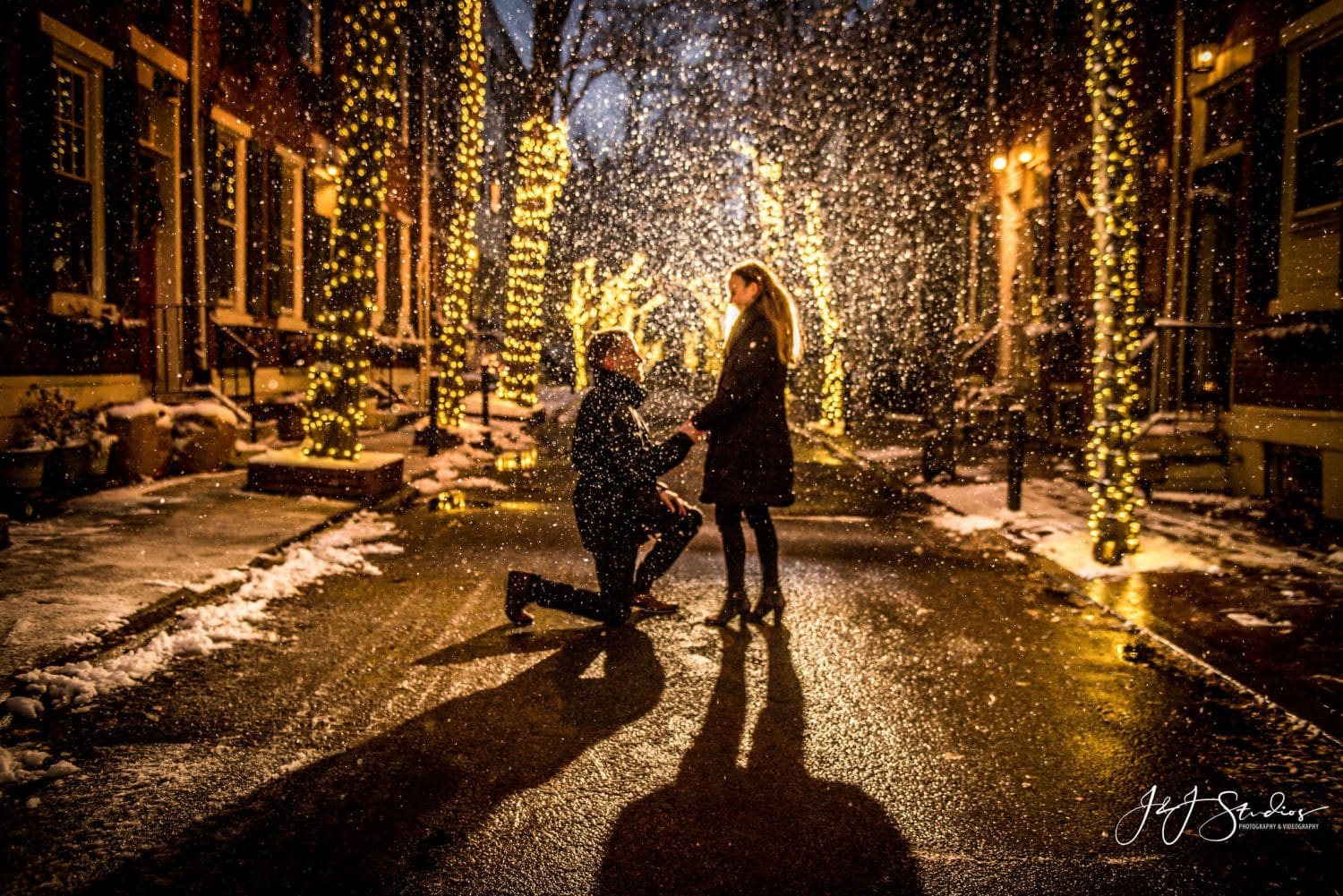 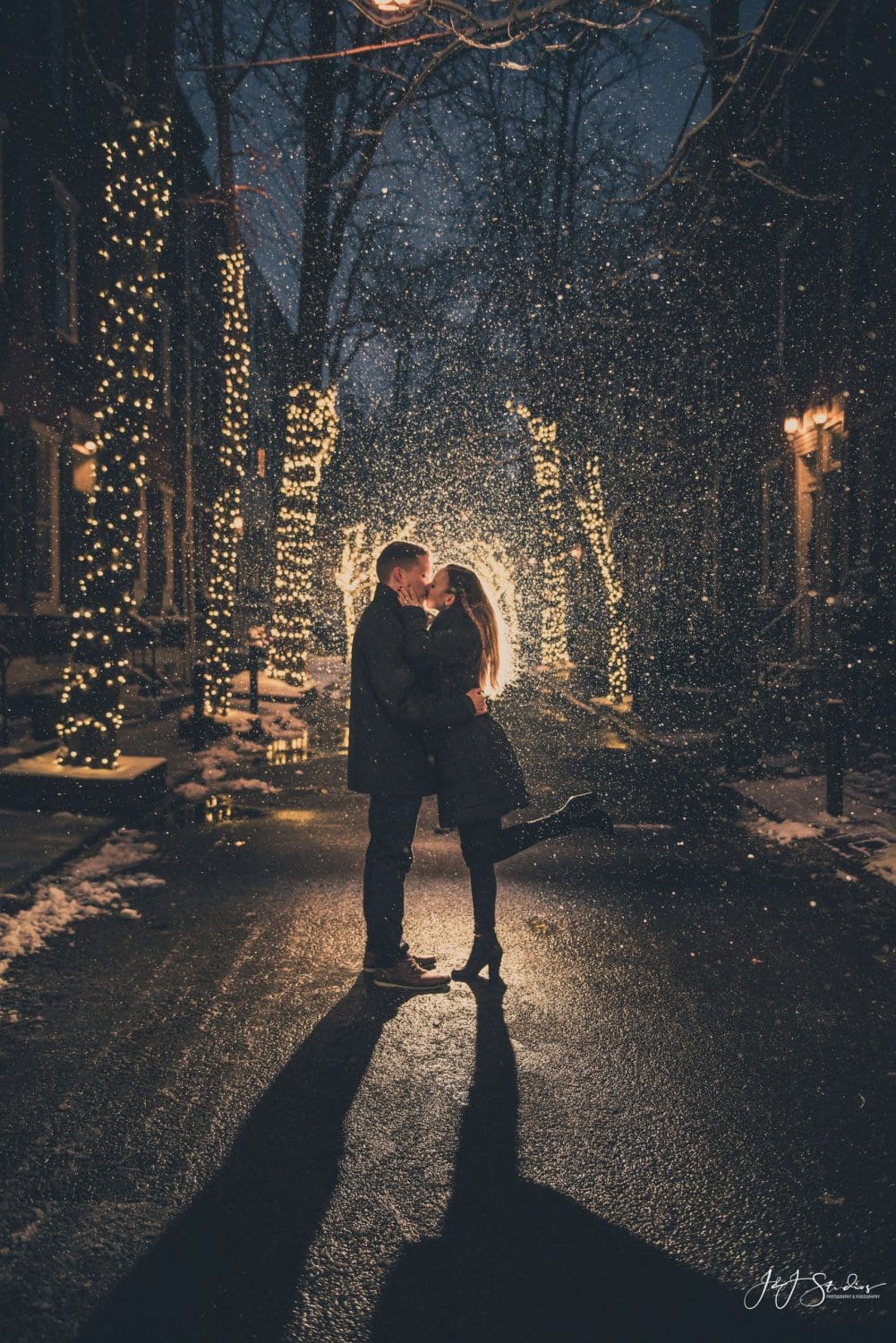 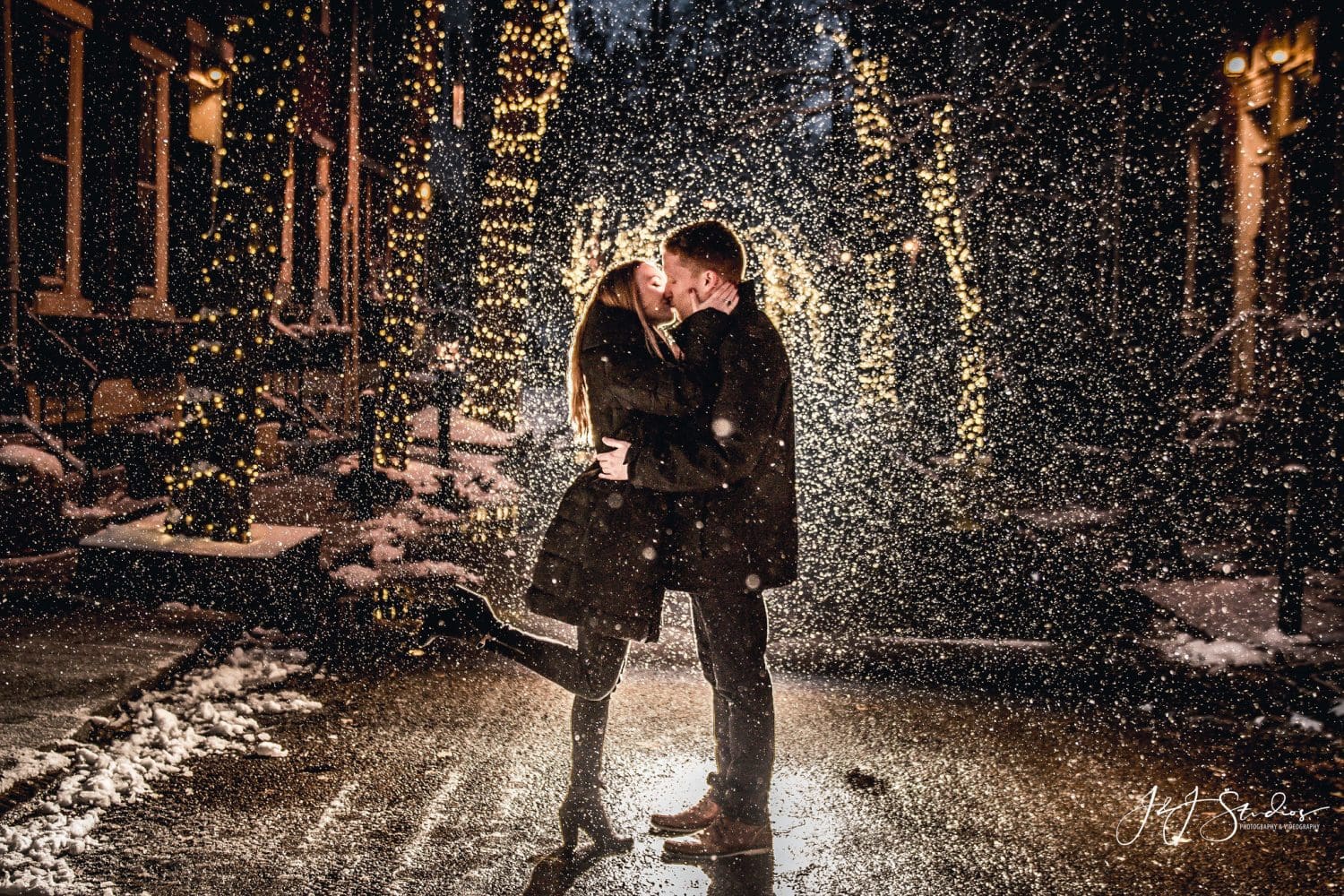 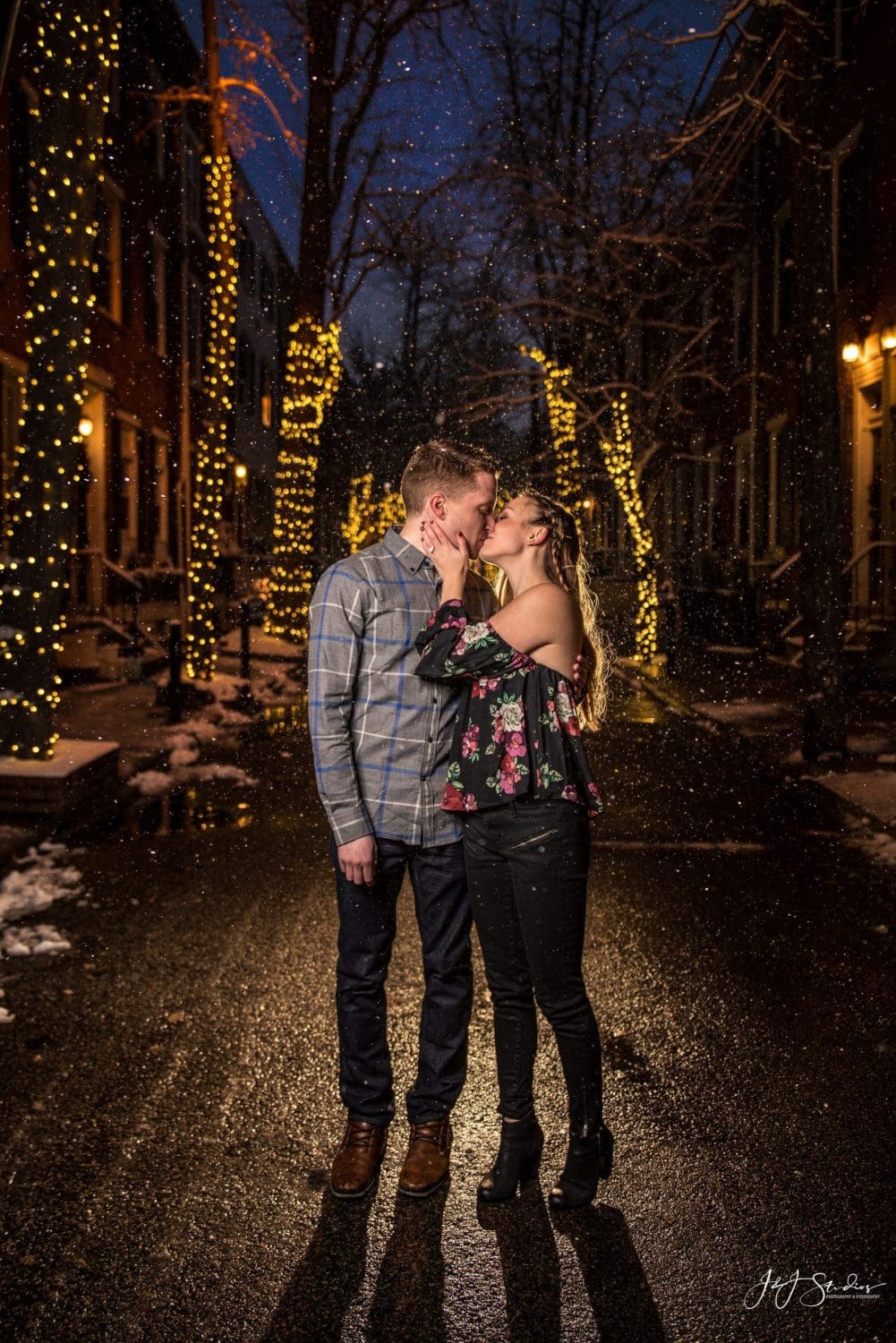 The breathtaking Christmas lights that adorned nearly every house on Addison street added tons of warmth to these proposal pictures. One of our favorite pictures from this shoot depicts pure love and happiness all over Cara’s face during Zach’s proposal. Cara’s yes to Zach’s proposal was filled with lots of hugs and kisses. We loved capturing the couple’s most intimate moments. 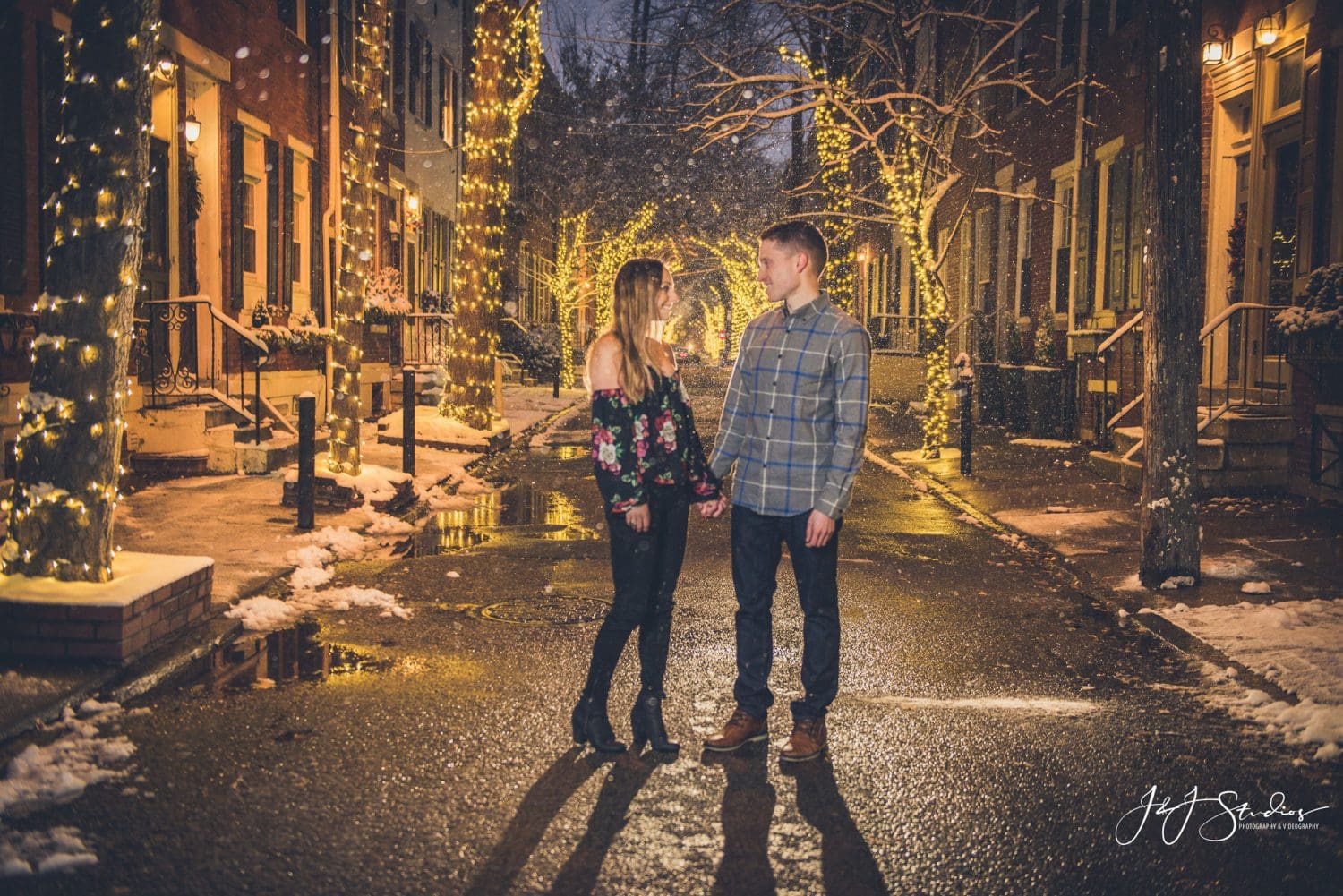 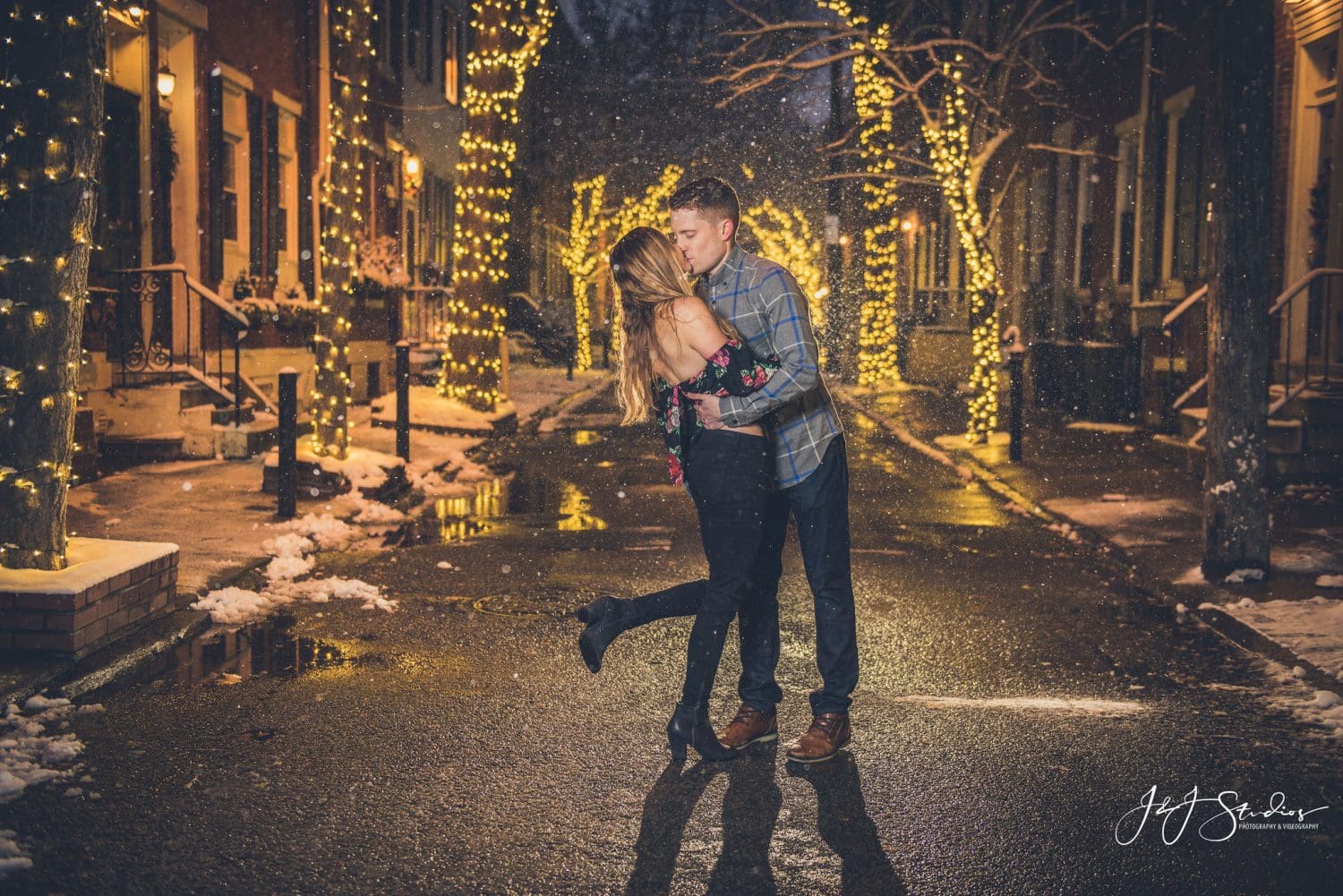 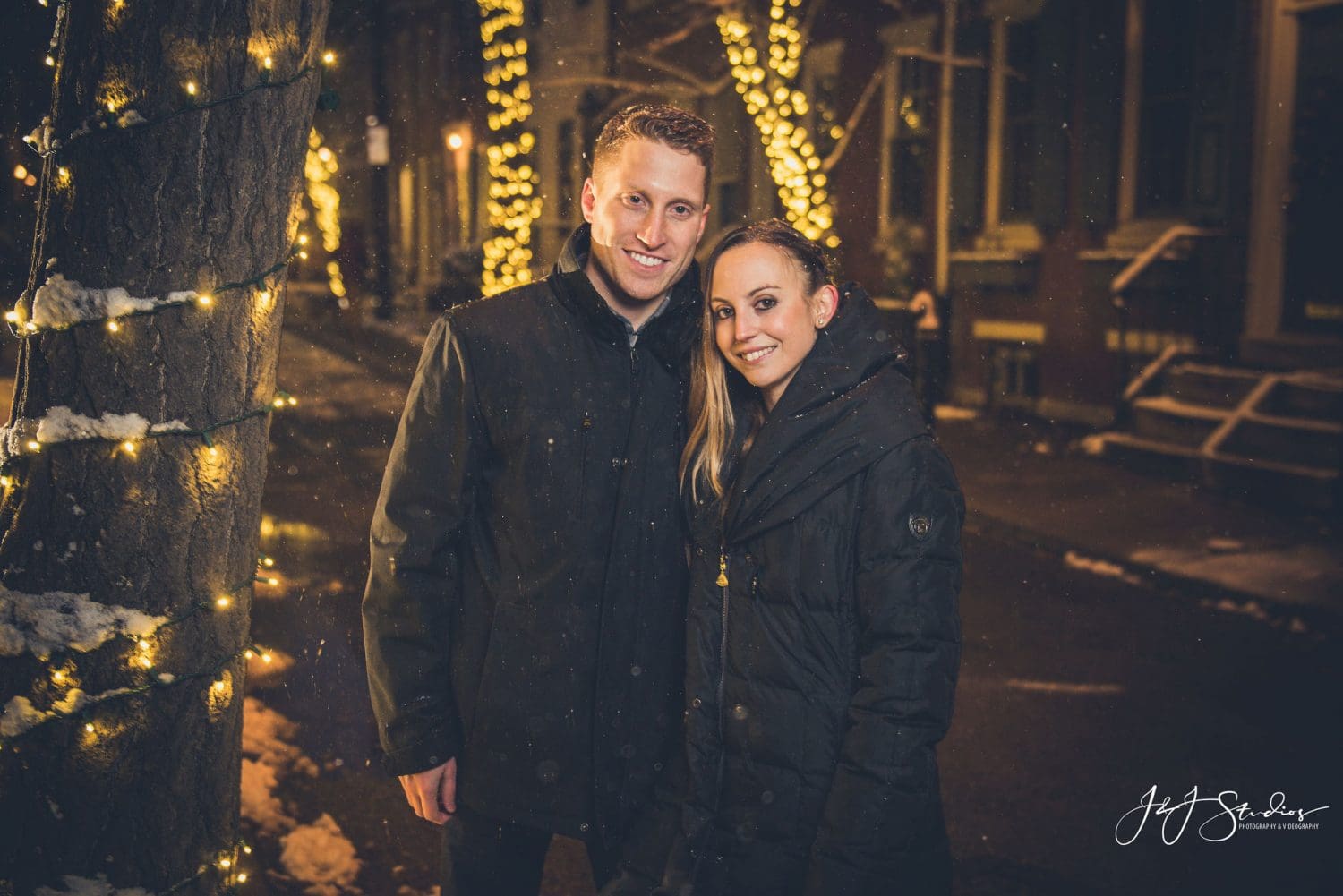 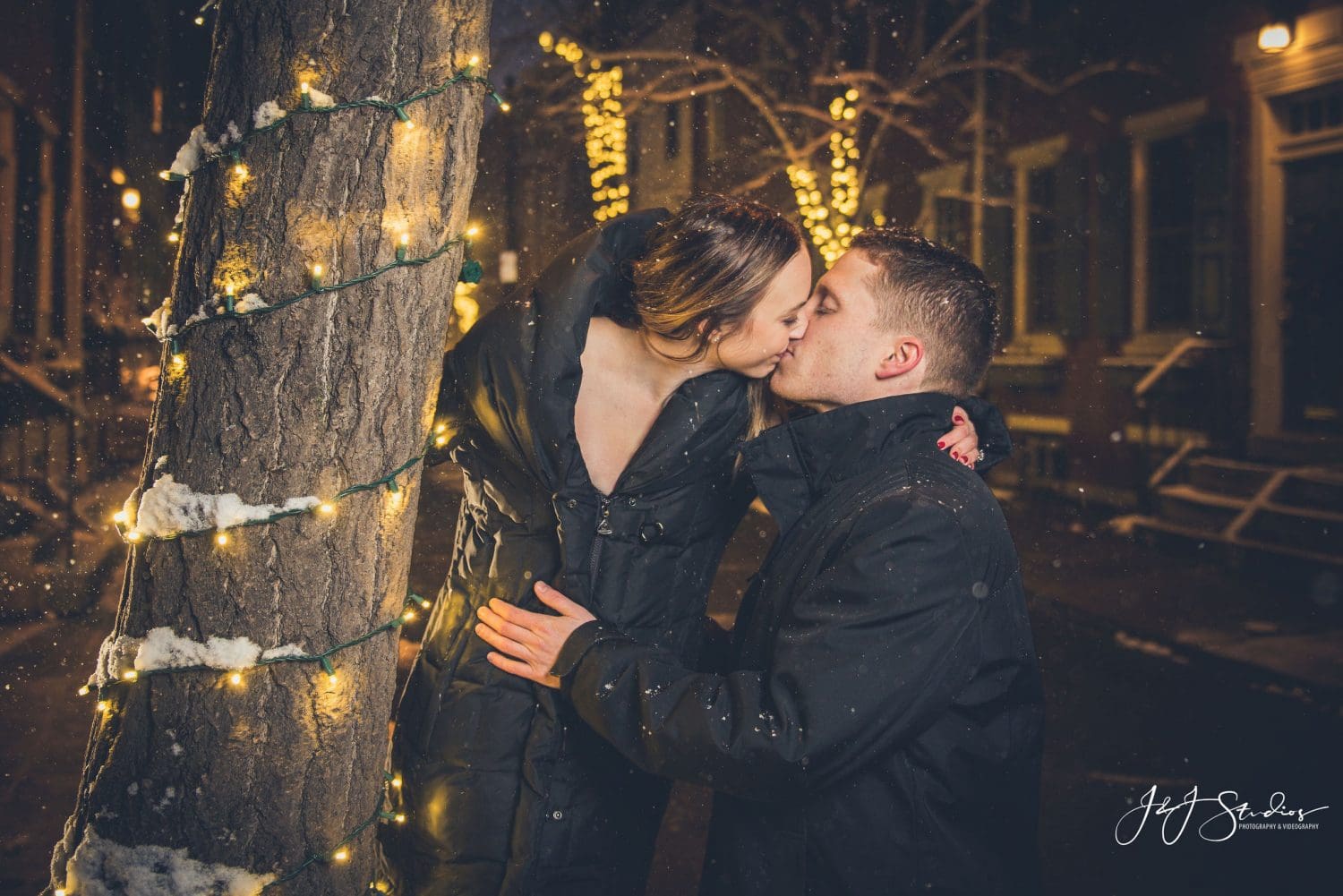 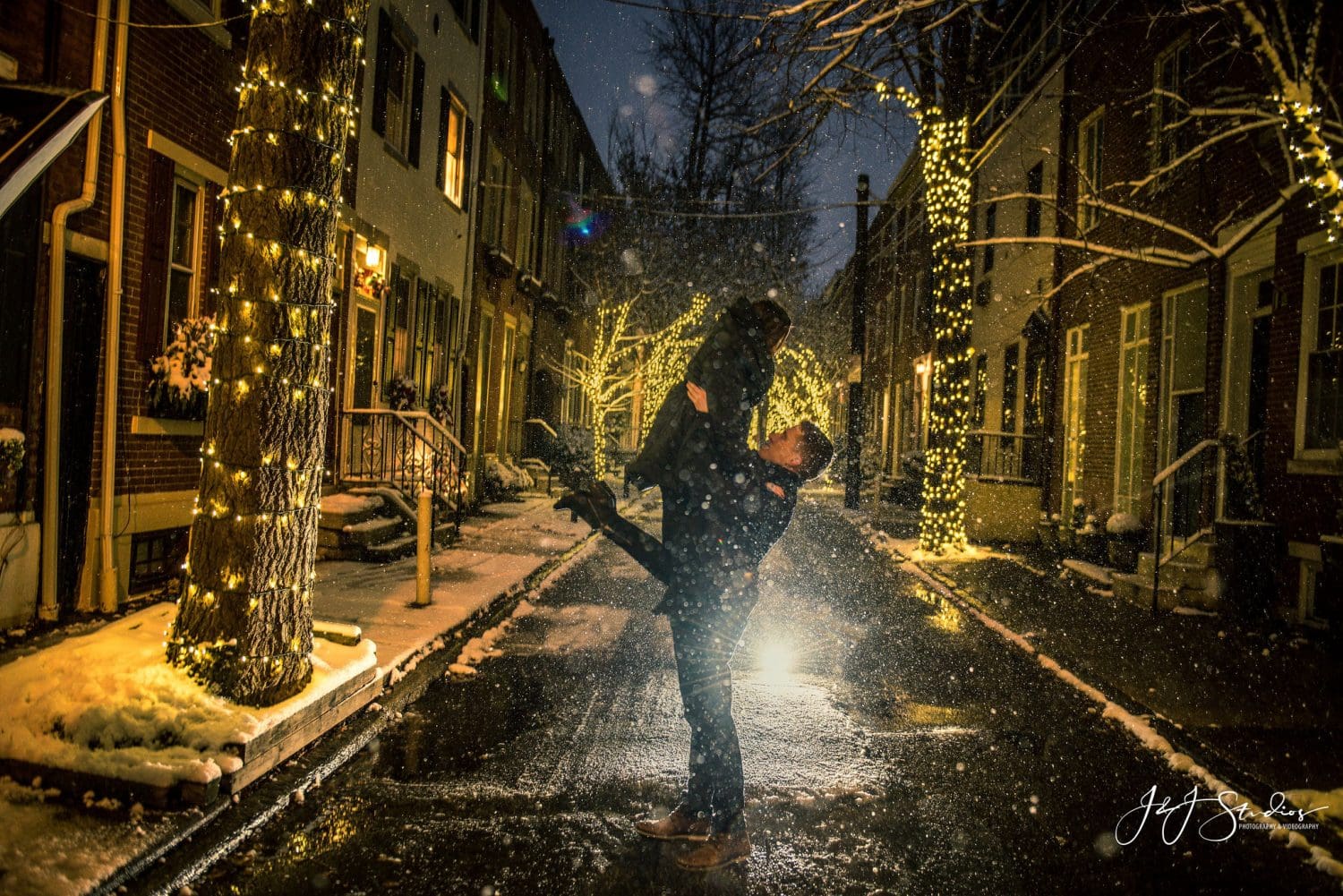 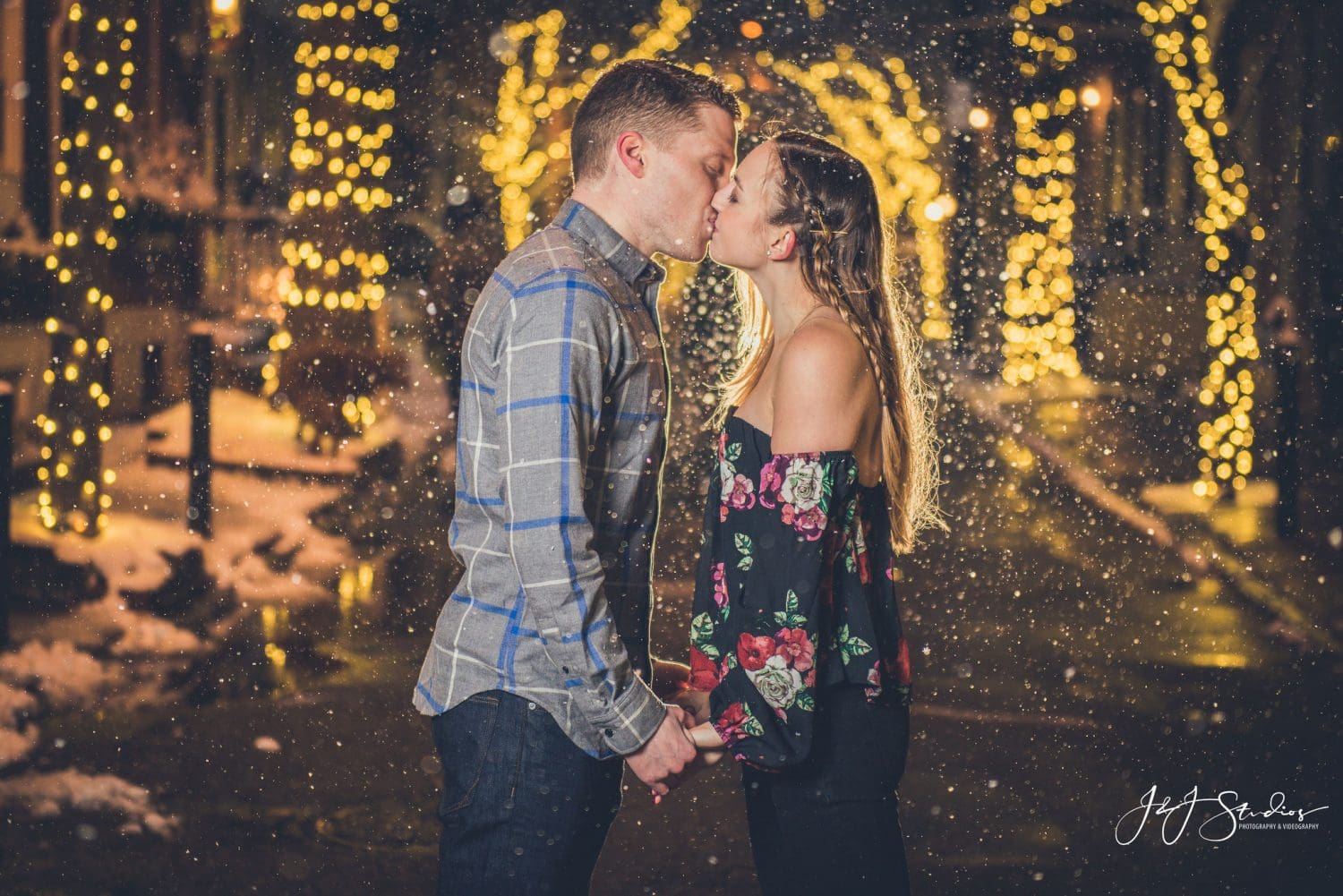 Zach planned a small get together in the couple’s home after the proposal. During this celebratory gathering, we took a few pictures of the newly engaged couple with their close friends and family who were so happy for them. 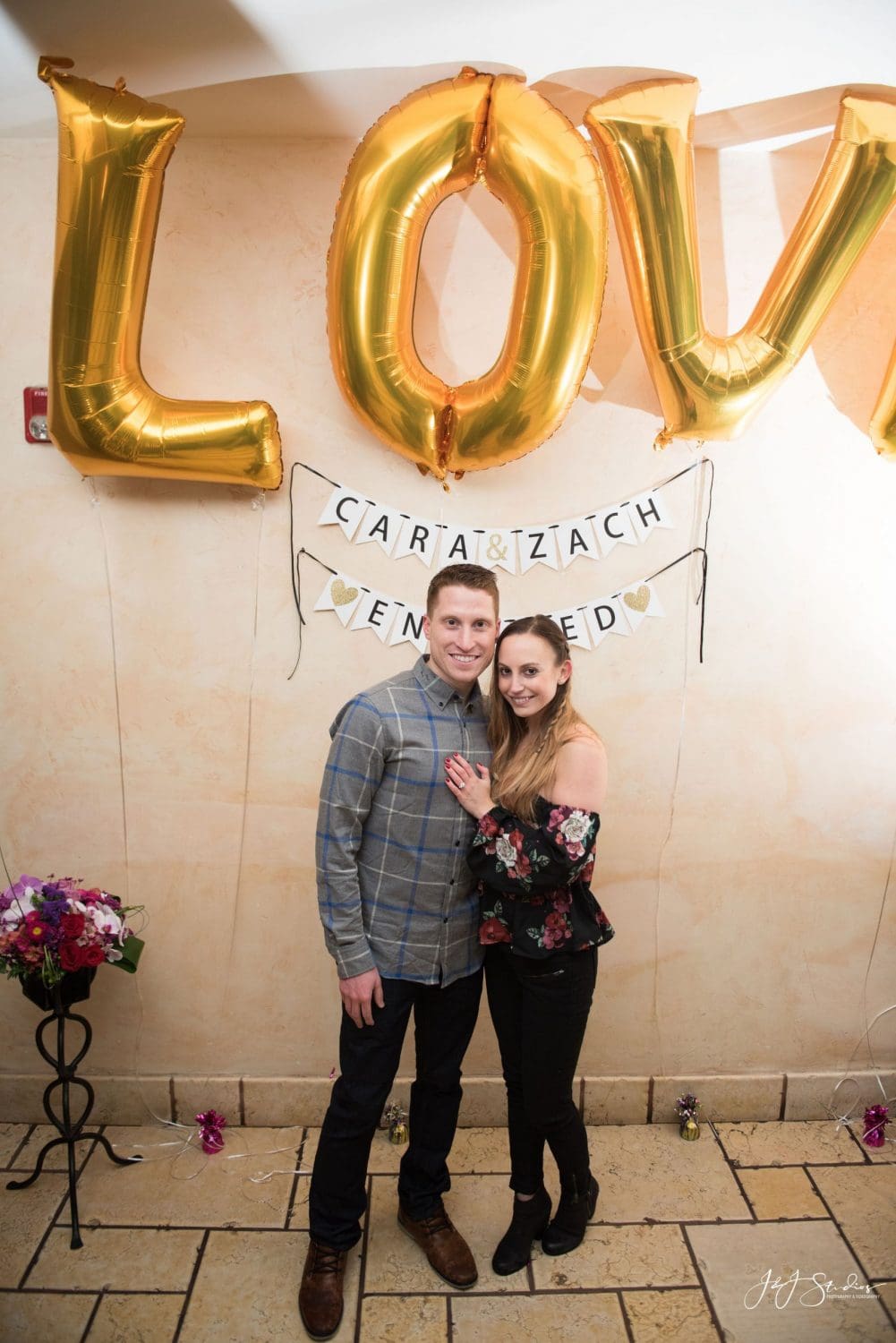 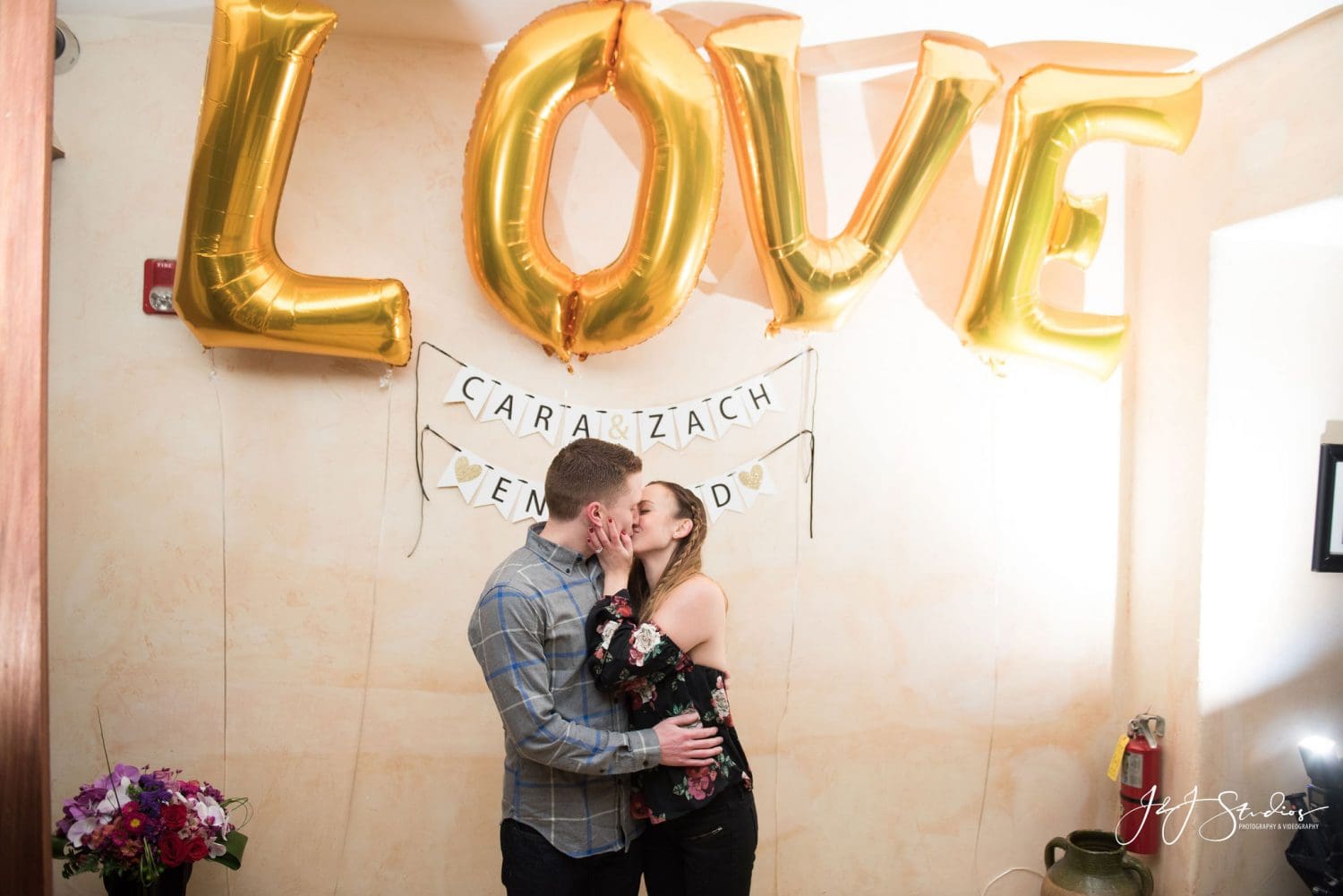 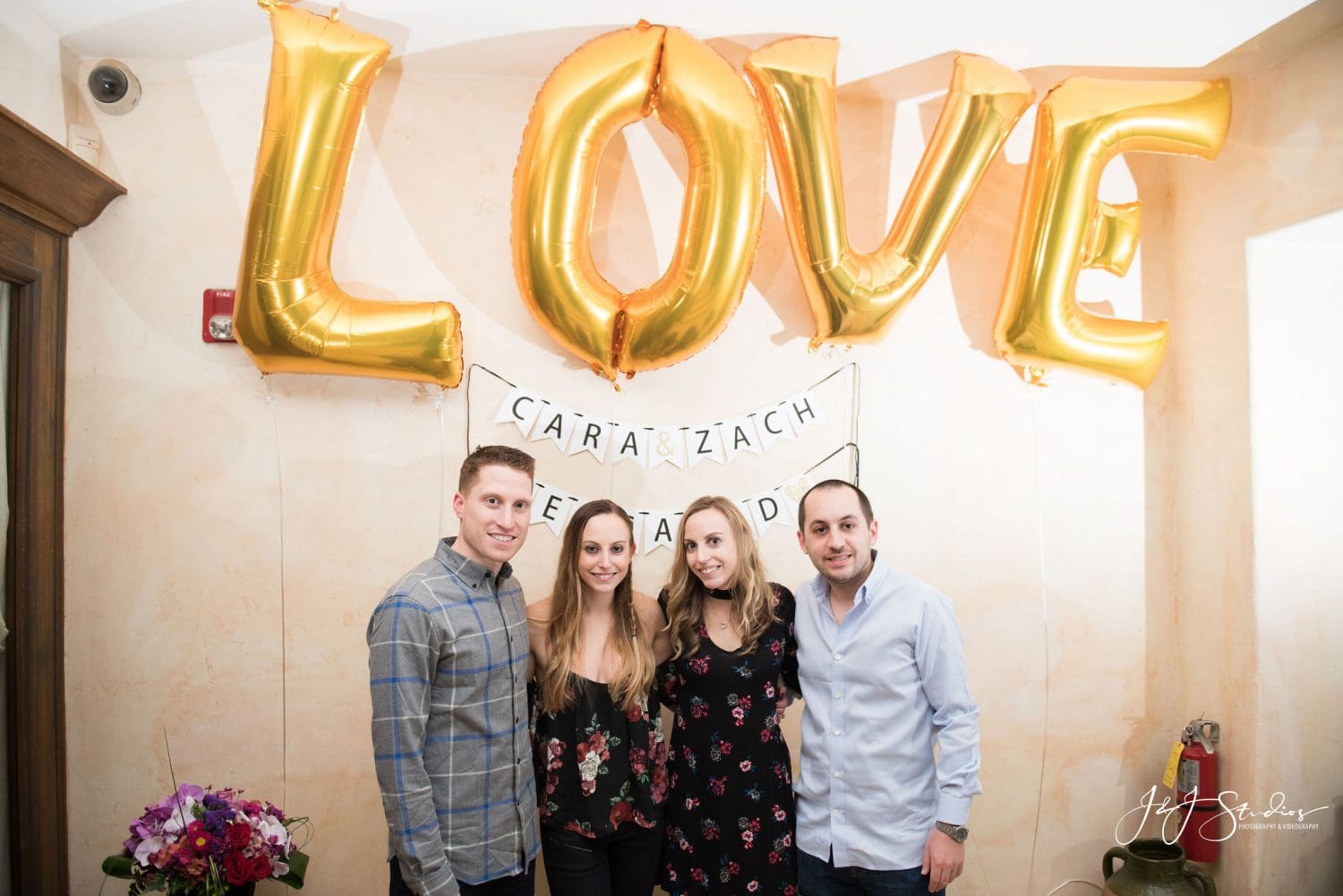 Document Your Proposal with J&J Studios

Are you planning to propose to your significant other? Celebrate the moment with a special photo shoot that showcases you and your partner’s love. Over the years, we’ve had the privilege of capturing all kinds of epic proposals and engagement celebrations on camera. If you are interested in learning more about our services, contact us today to learn more.