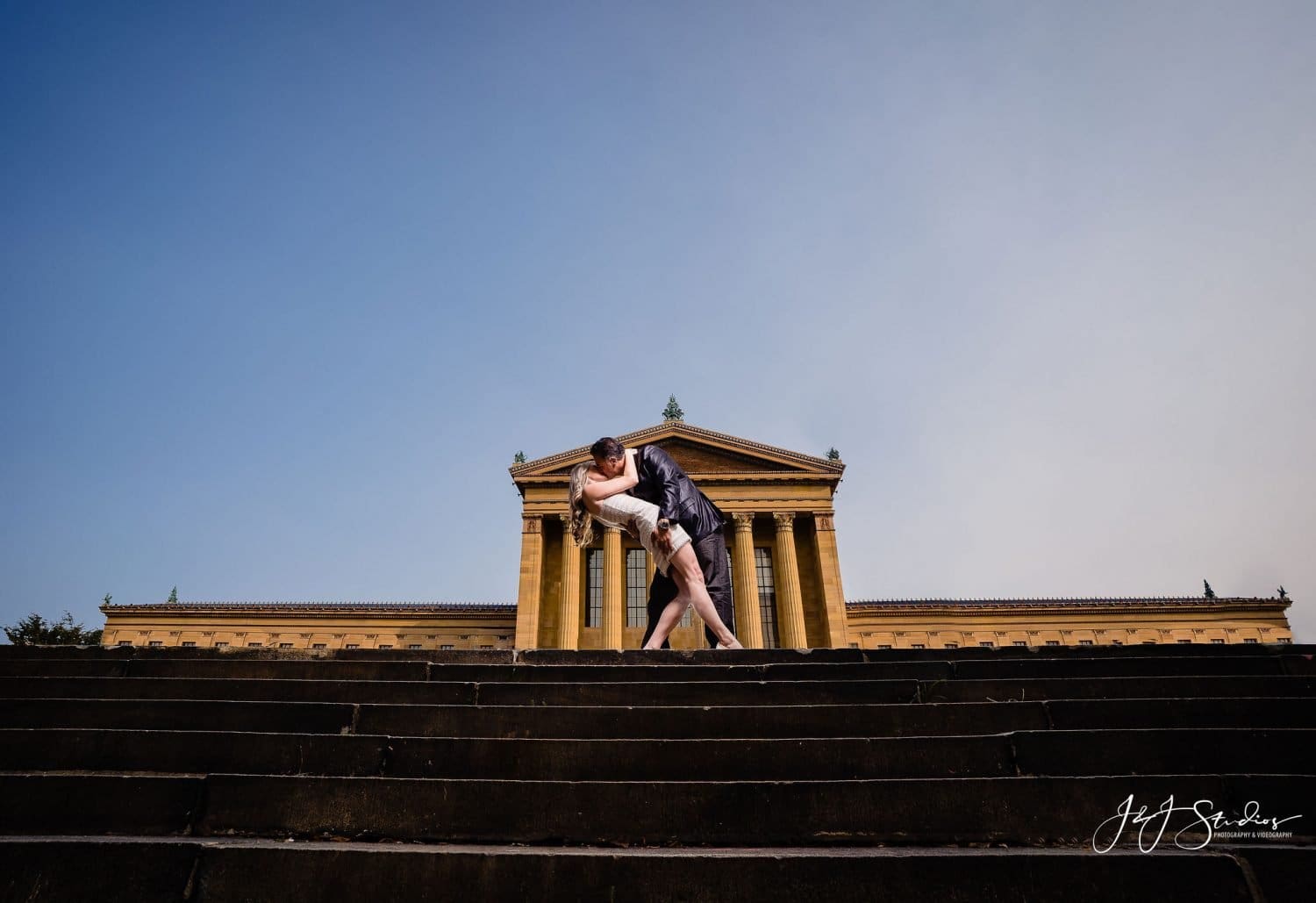 Engagements are a unique time of life – they are full of the promise of happy days to come, and the joy of days past in a relationship that have helped it come to that point. There are very few similar periods of life within a lifetime, so having an engagement shoot to capture the magic of this unique time of life is an excellent idea. Plus, there are so many uses for the photos from your engagement shoot, including art for your home, wedding invitations, and social media posts, to name a few. 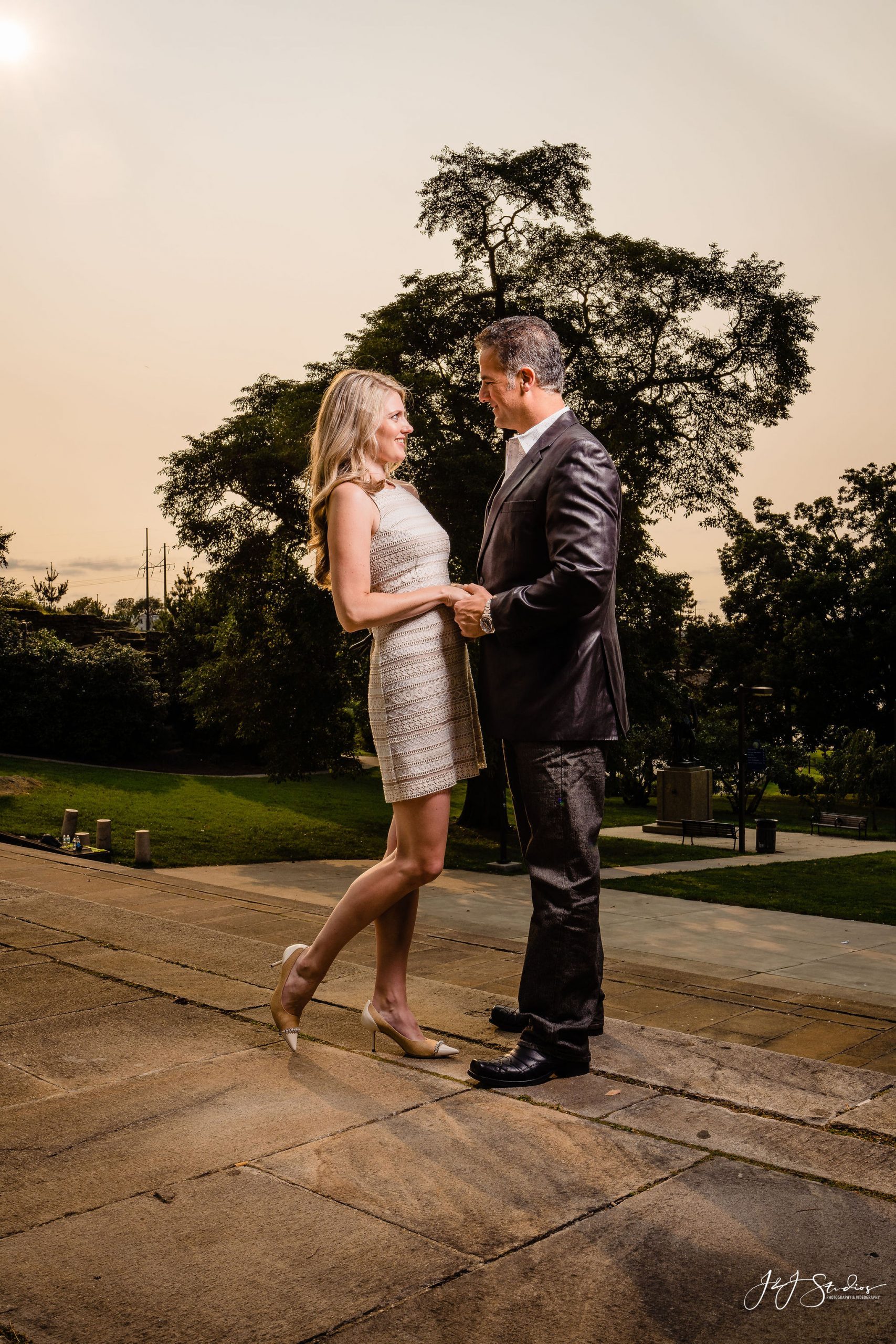 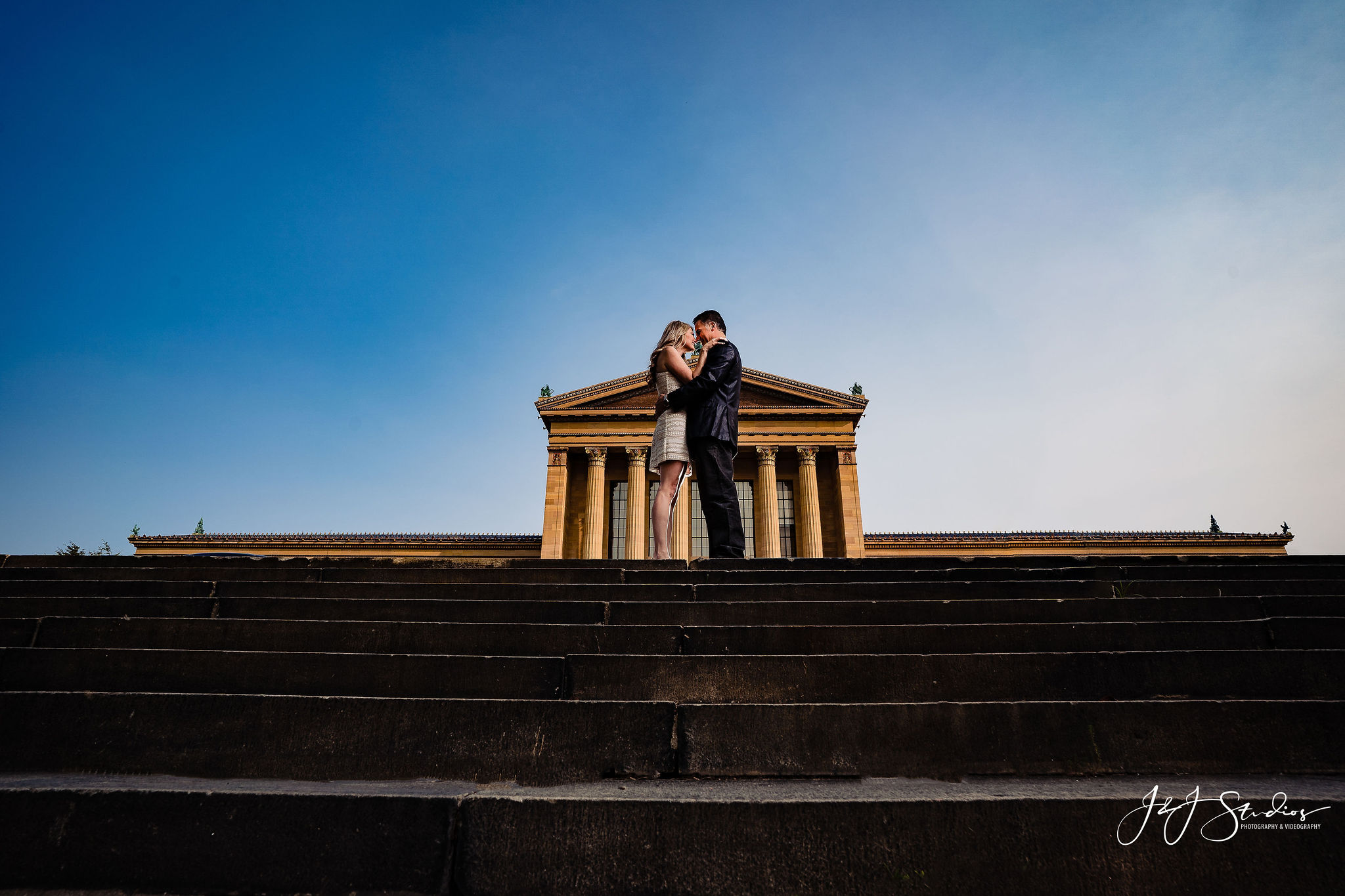 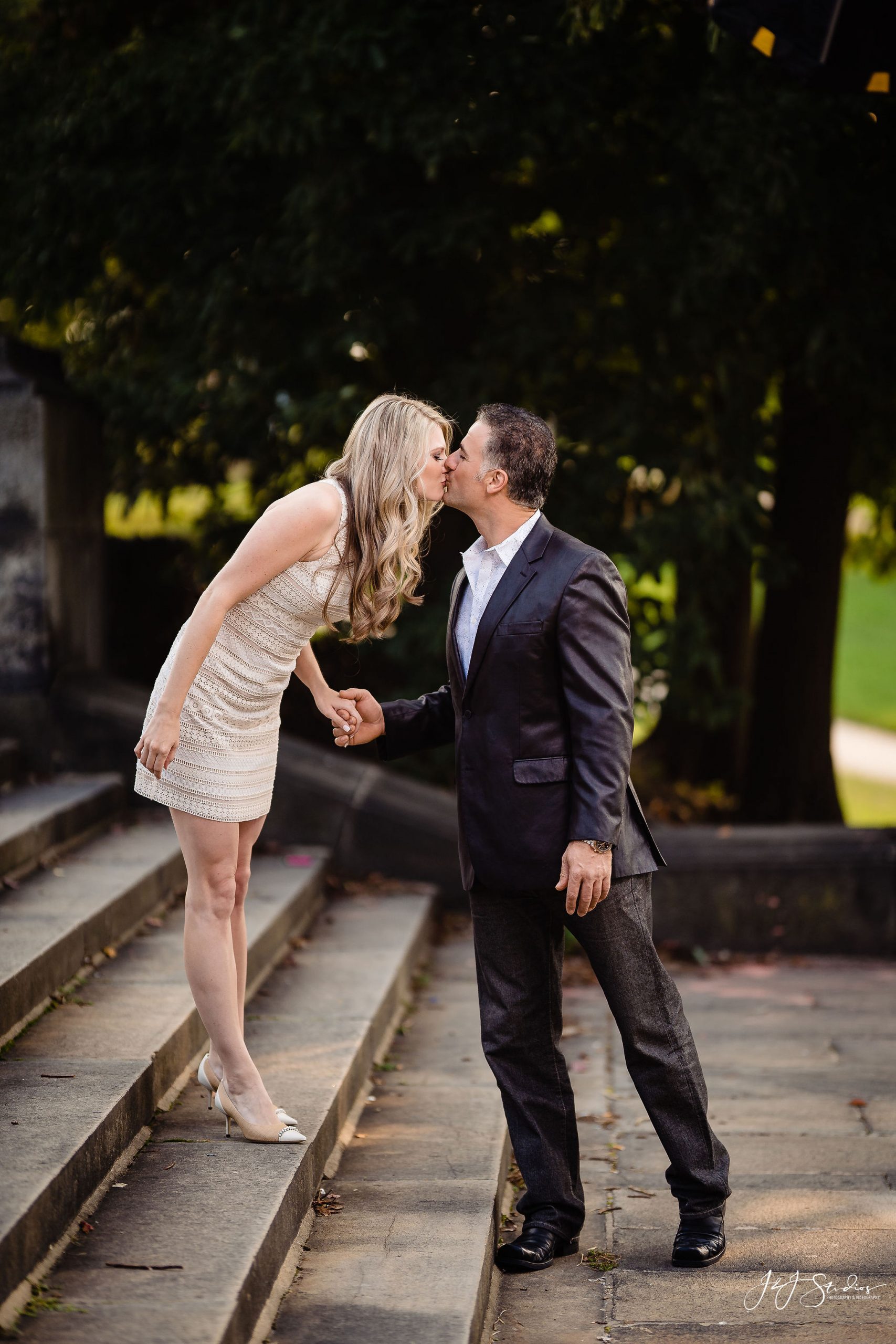 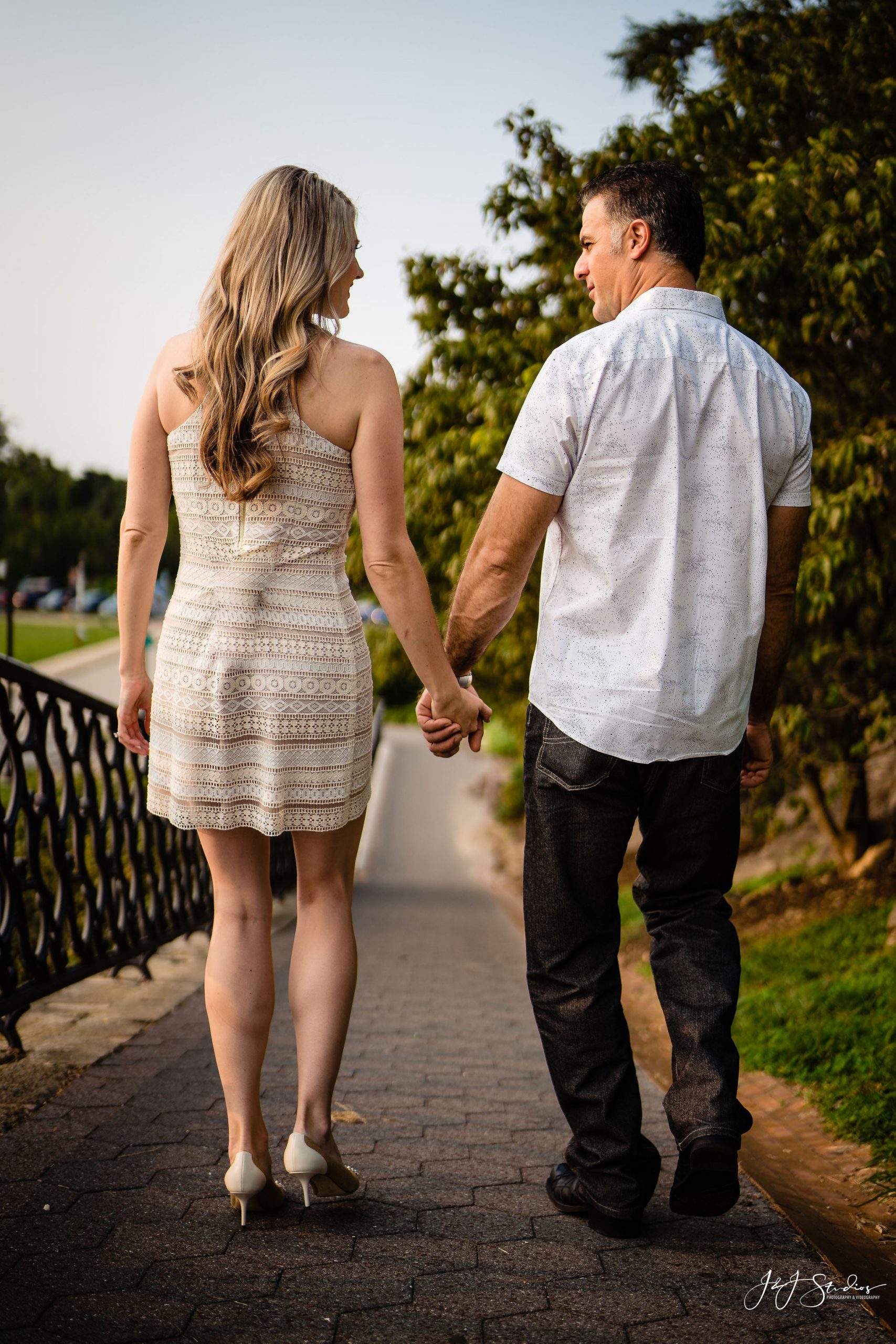 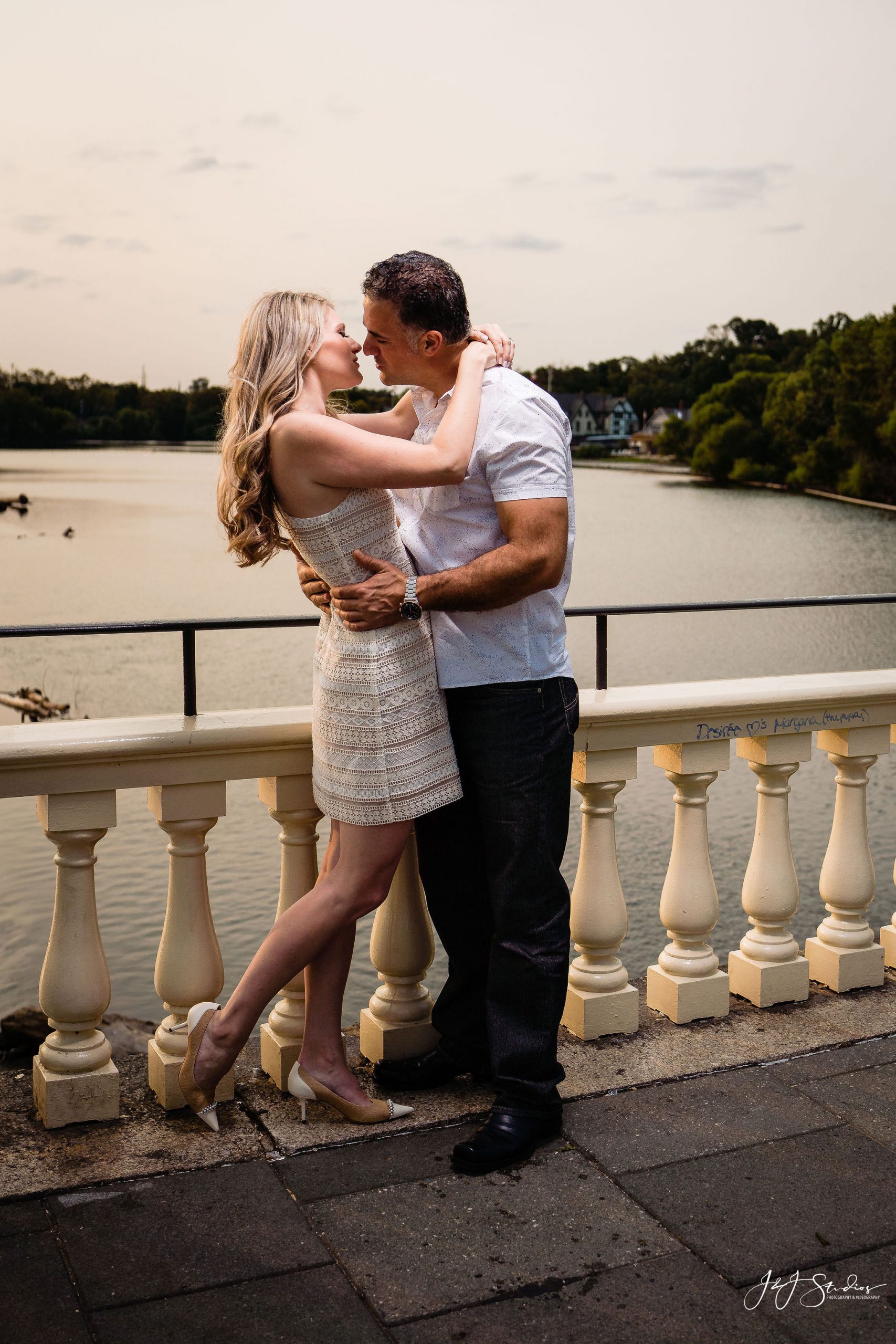 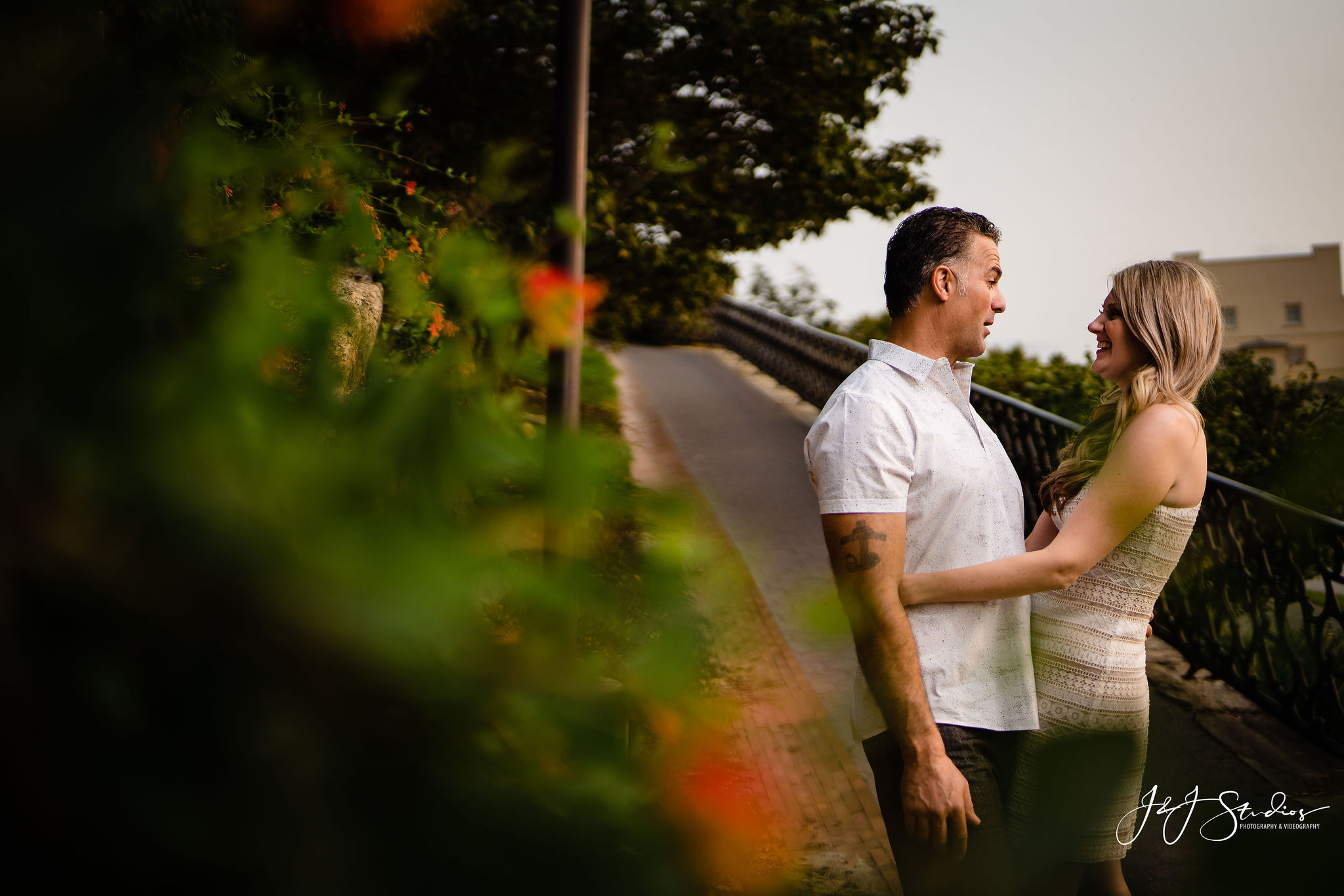 J&J Studios was fortunate enough to help capture this magical and special time for a lovely couple – Cherise and Joseph. Cherise and Joseph are big fans of candid photos. “Candids,” as they’re often called, are photos that capture an unposed and natural moment. They tend to show more of an individual or couple’s true personality. J&J Studios achieves candids by making the couple feel at ease throughout a session. We found Joseph and Cherise’s personalities as individuals and as a couple delightful! The photos J&J Studios captured on the steps of the Philadelphia Museum of Art definitely showcase their fun-loving personalities. The setting Joseph and Cherise chose was beautiful, too: the Philadelphia Museum of Art and the Fairmount Water Works on a gorgeous golden afternoon and evening. 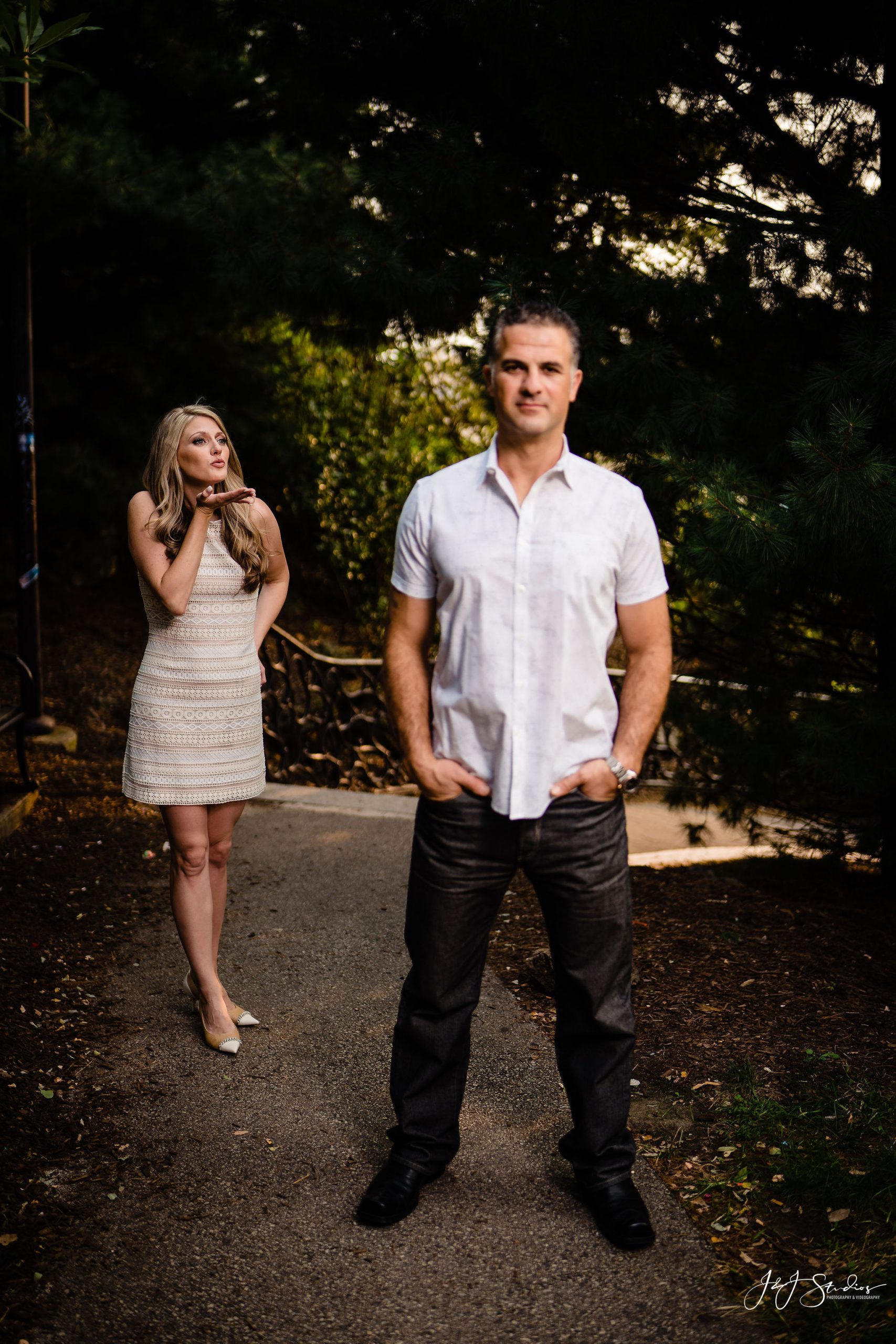 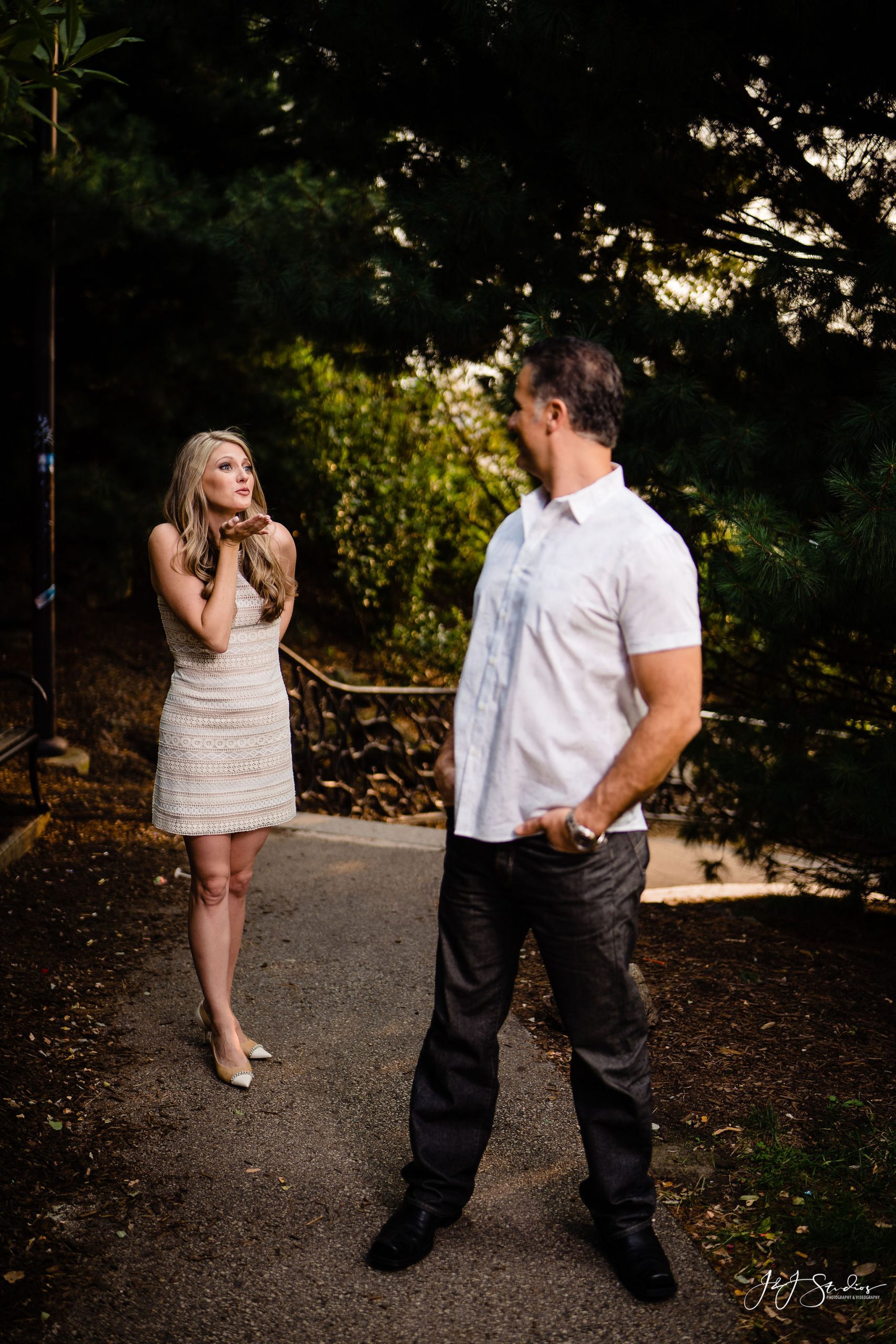 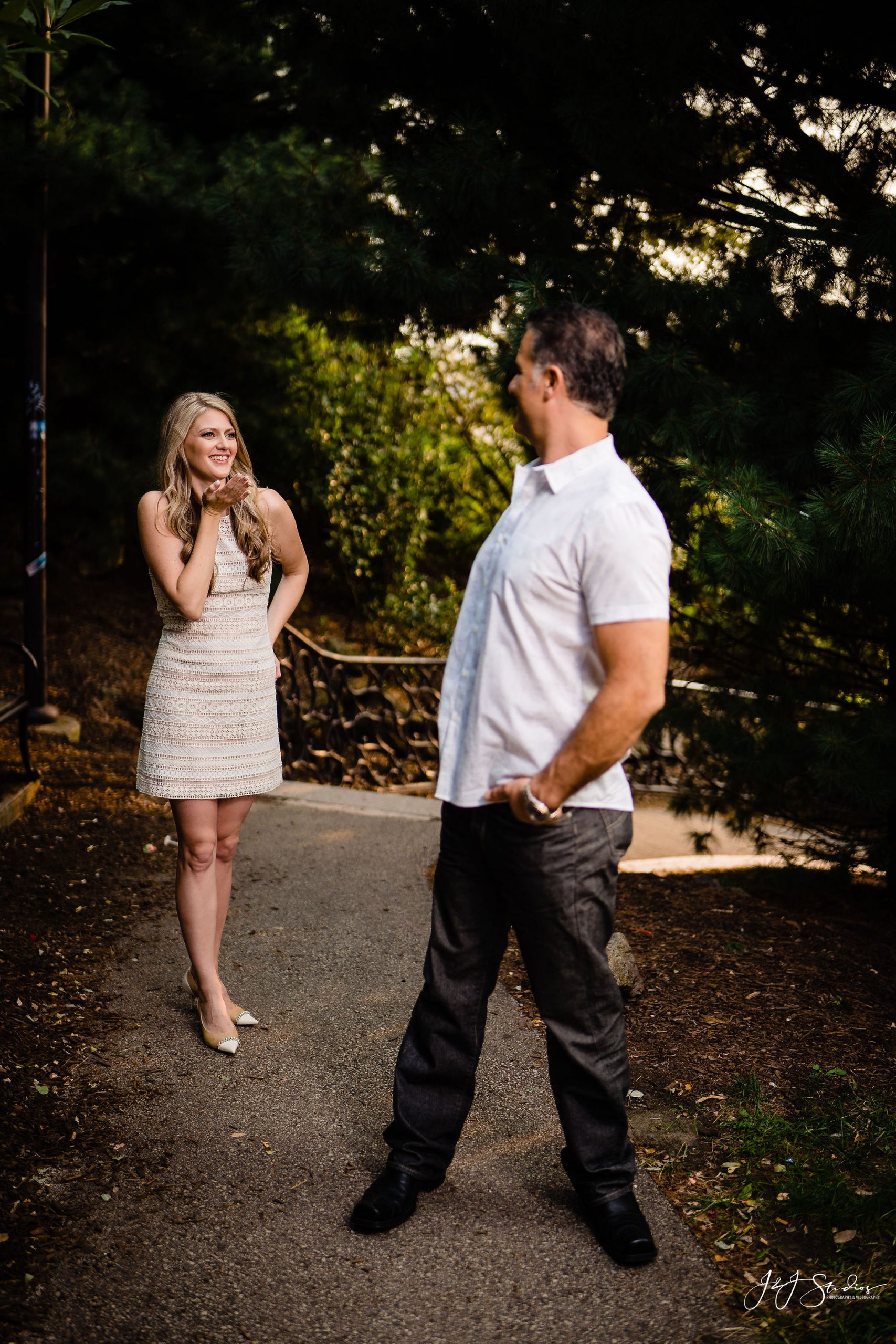 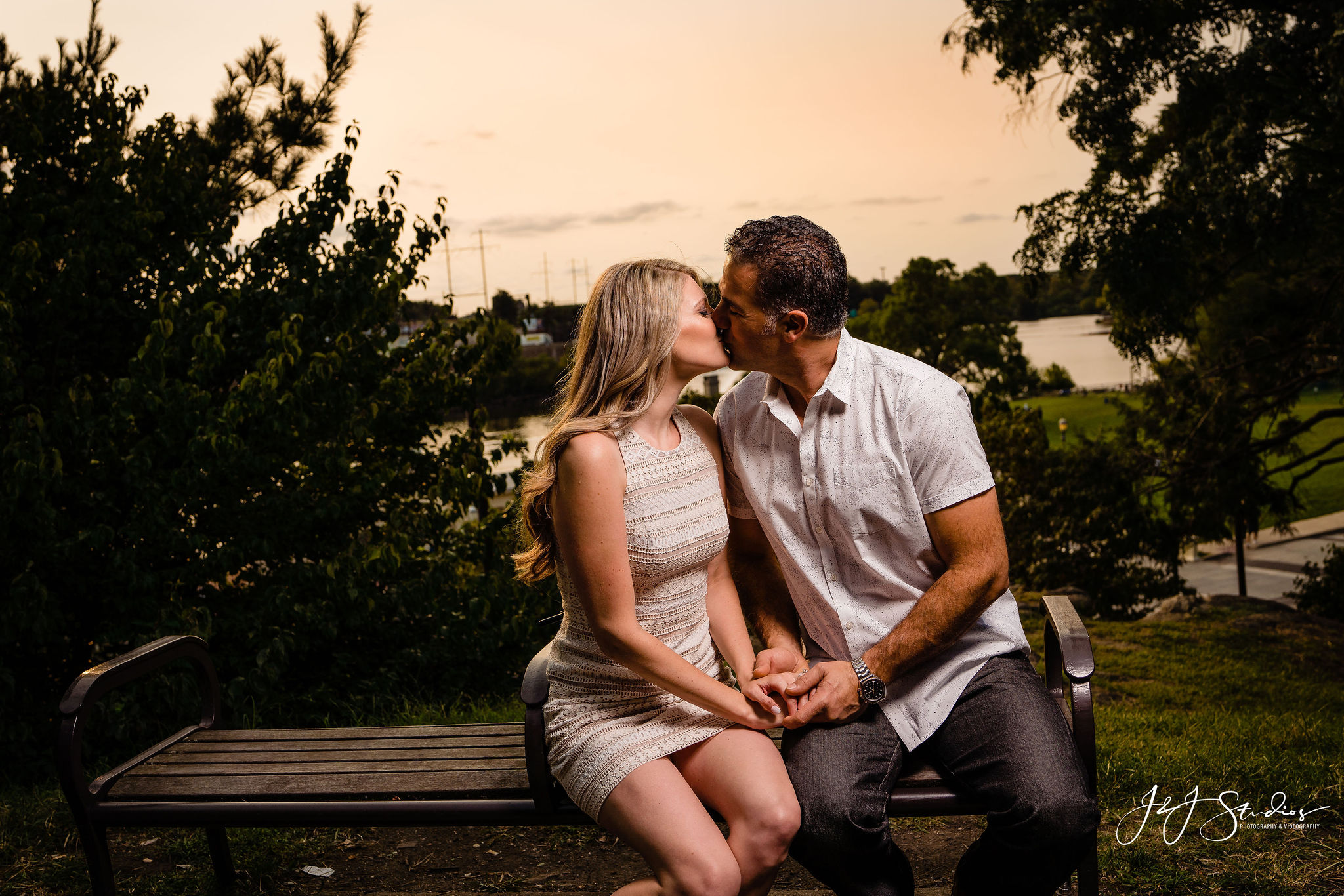 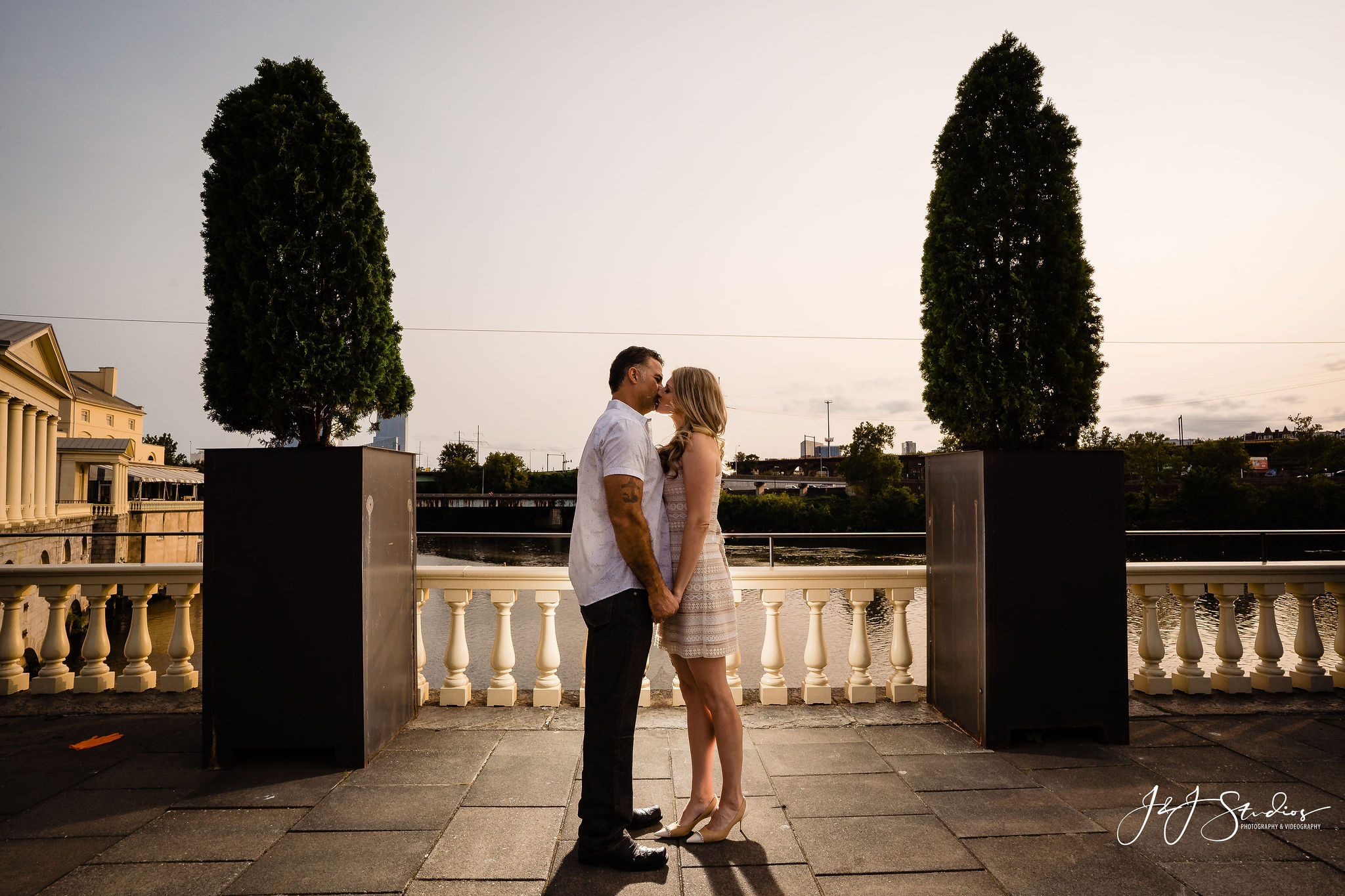 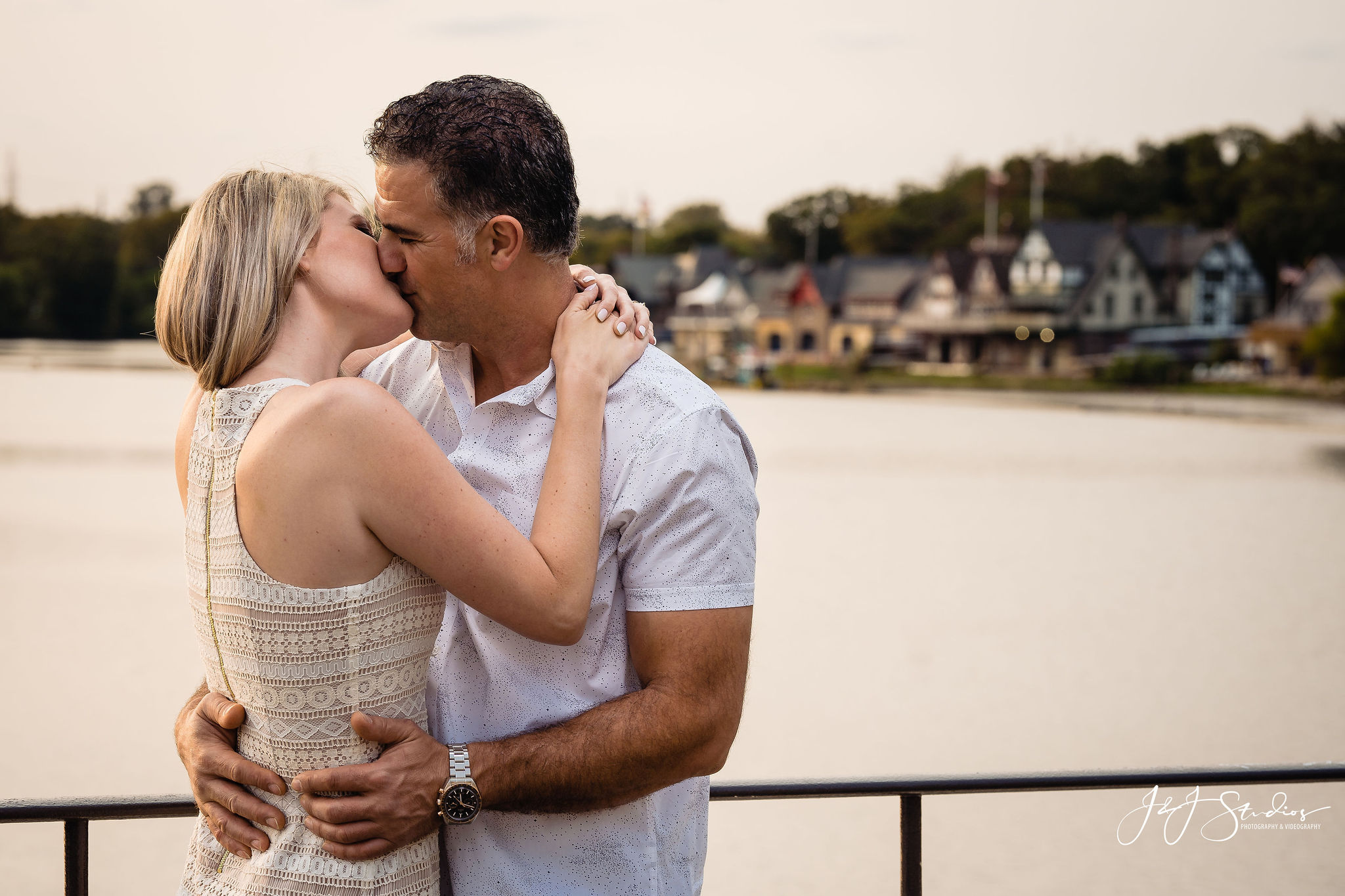 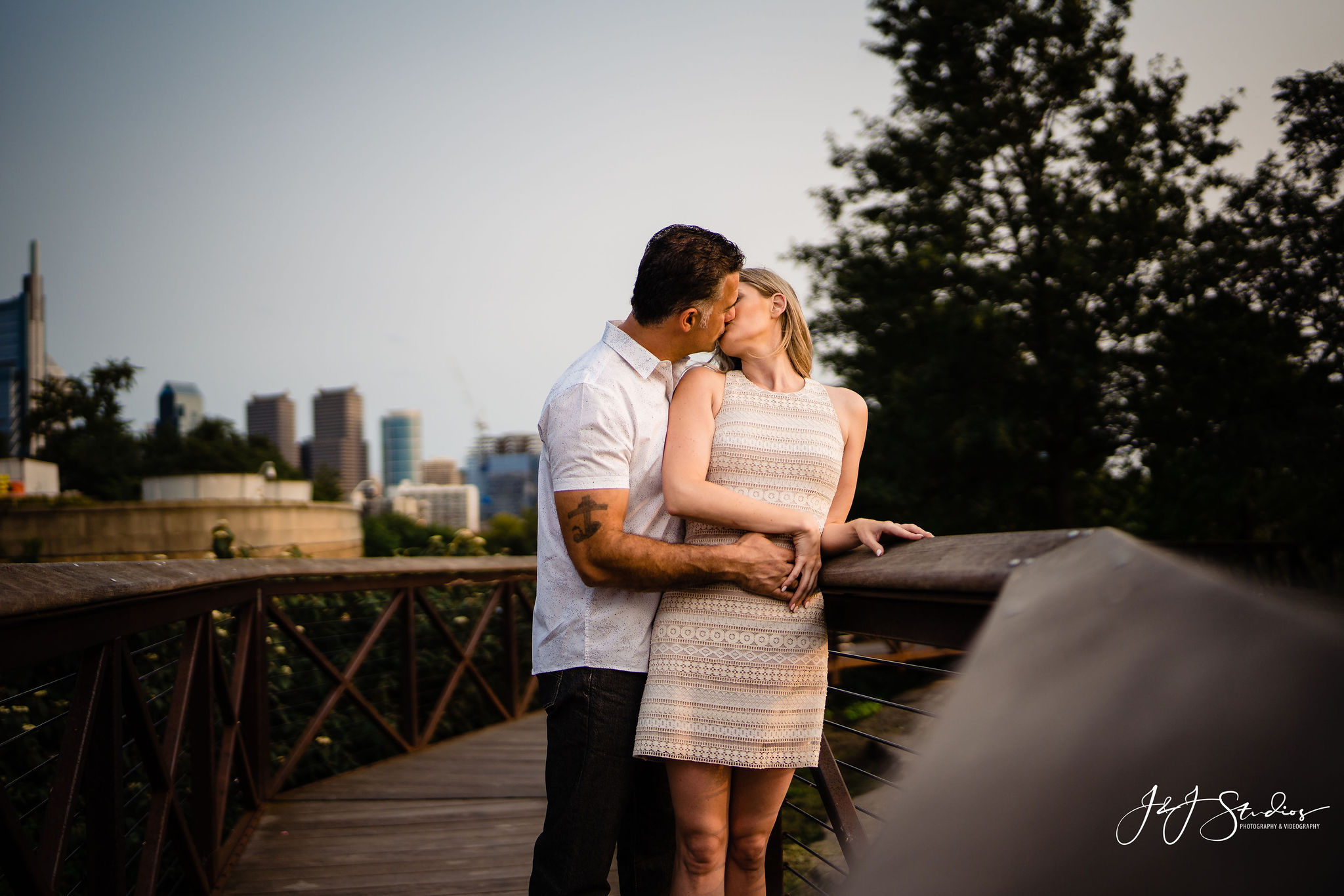 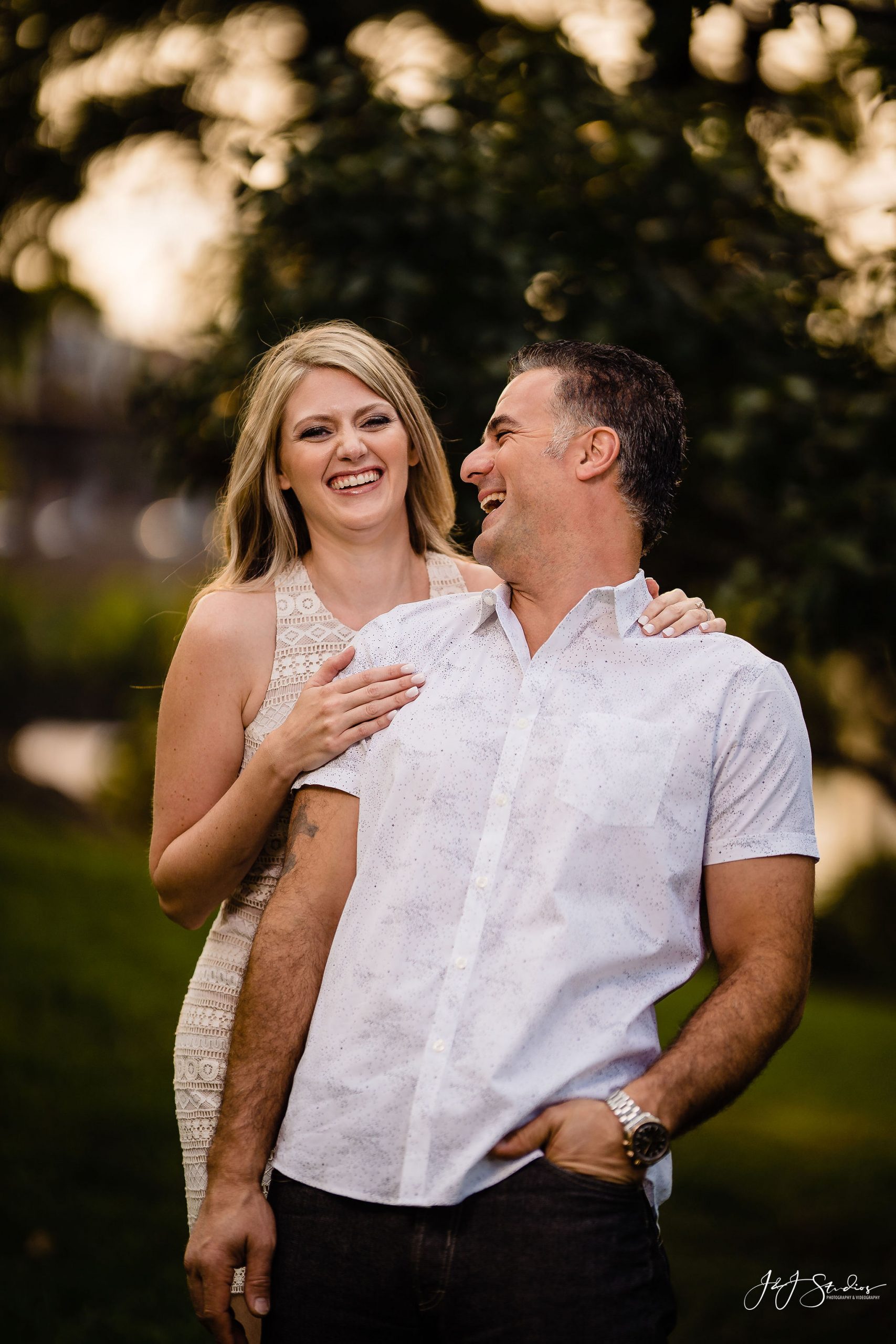 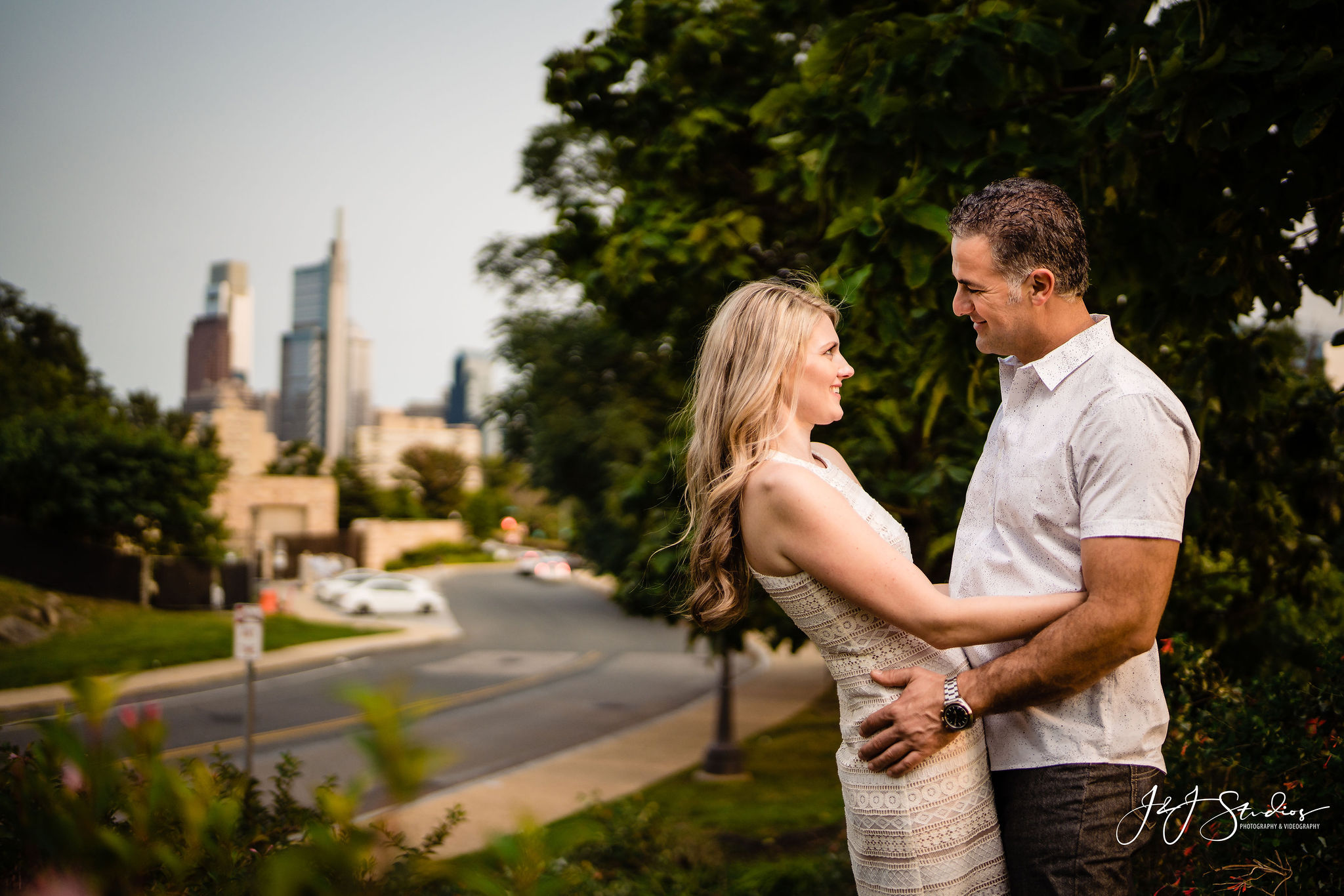 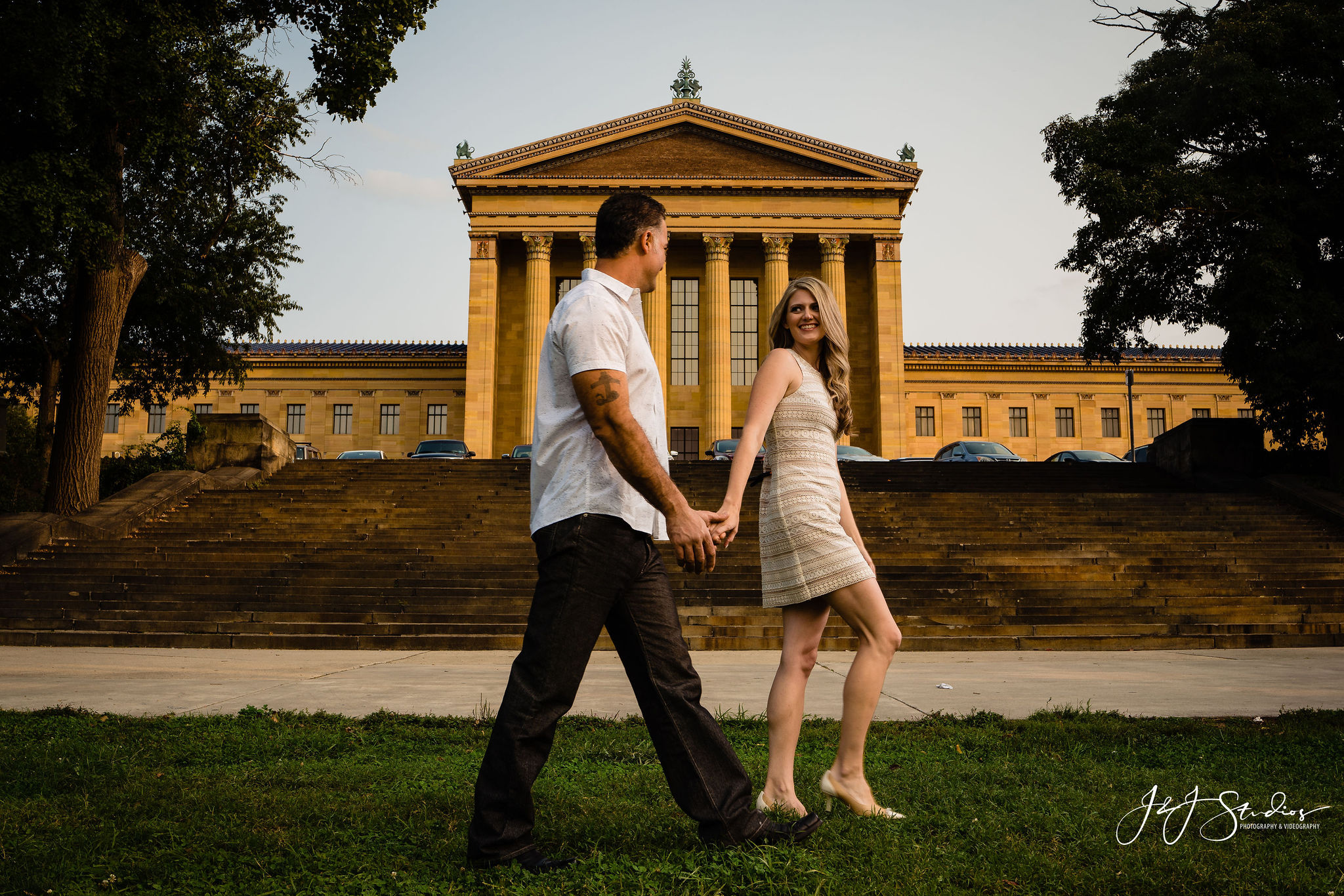 About Cherise and Joseph

Joseph and Cherise met about a year and a half ago at Estia, a fashionable and authentic Greek restaurant on Locust Street that specializes in seafood, including whole fish, flown in from the Mediterranean region. Later, once Cherise had moved in with Joseph, he gave her a sweet surprise by proposing in their kitchen. When asked to describe themselves as a couple, Joseph and Cherise gave us many wonderful words, including romantic, easy-going, fun, outdoorsy, and modern, and described themselves as opposites and best friends, as well as fur-parents and foodies. 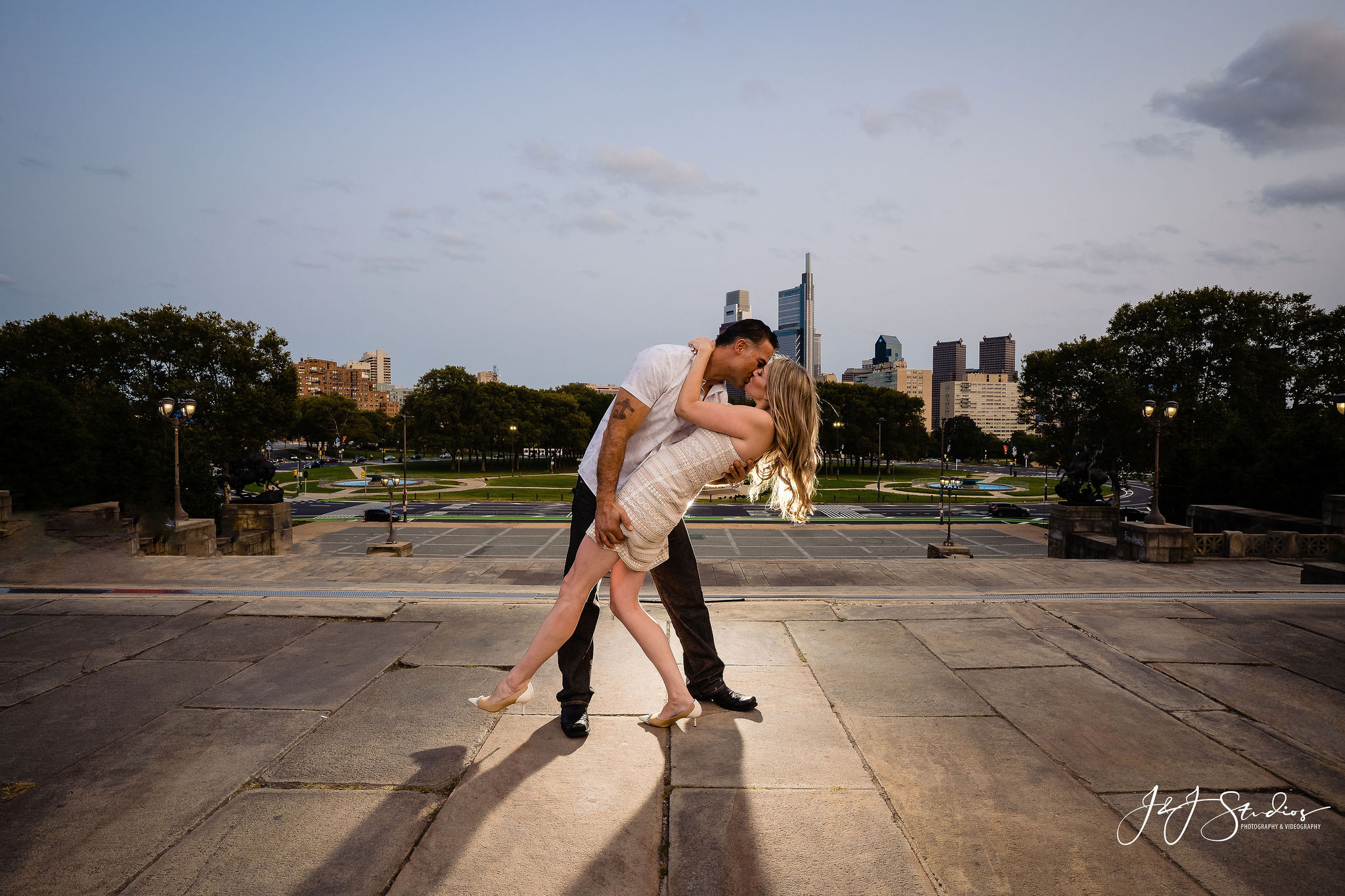 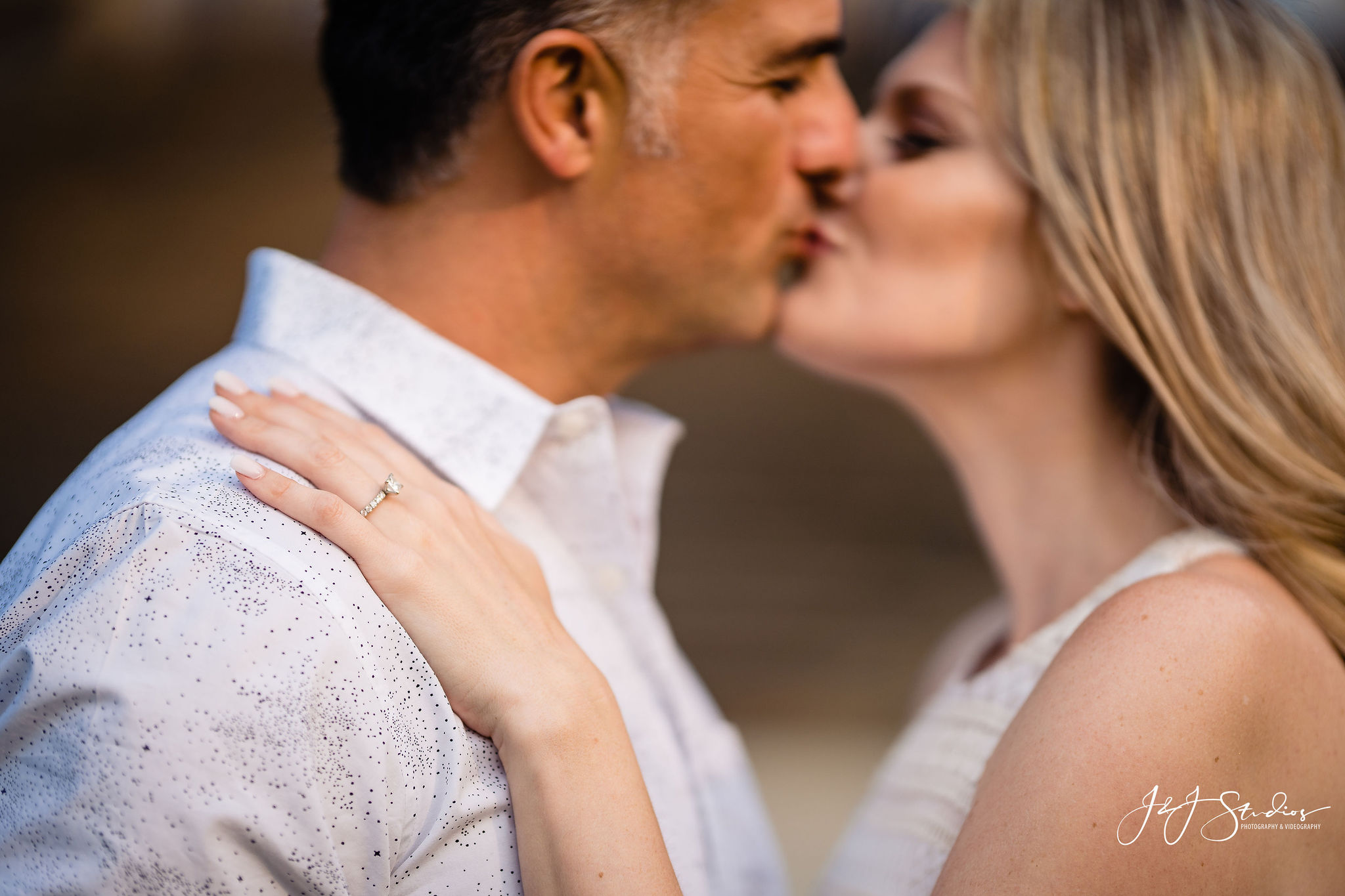 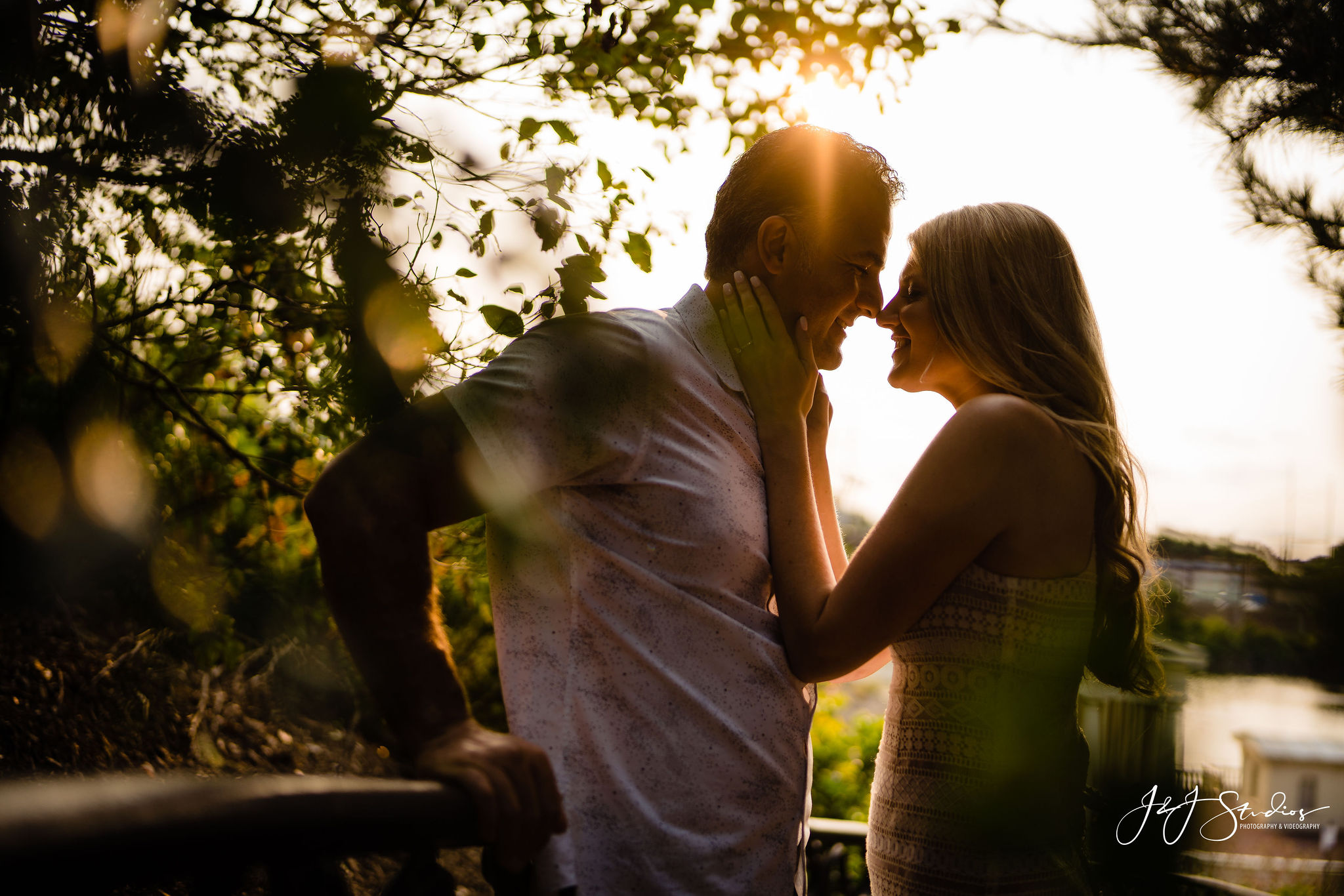 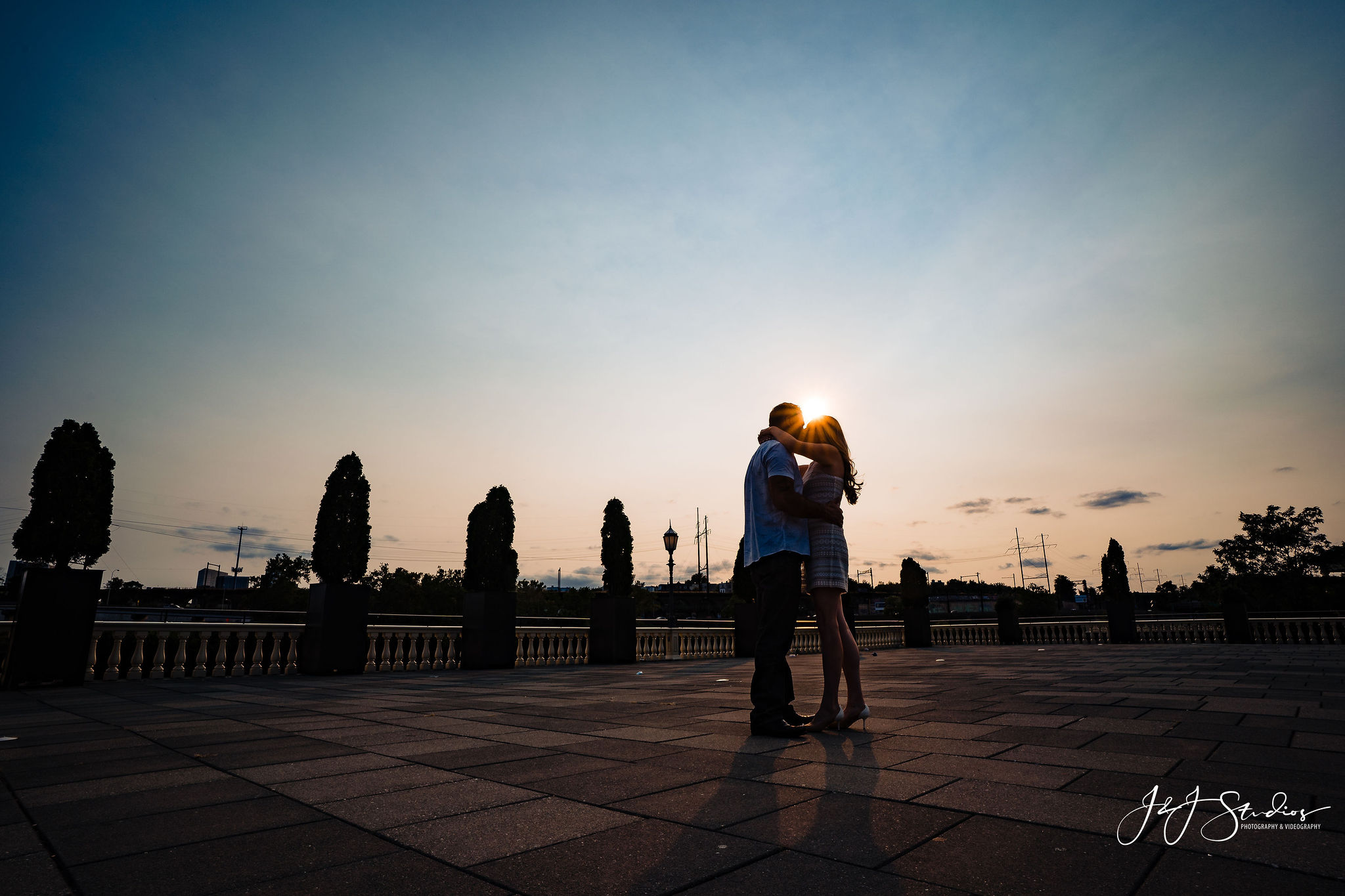 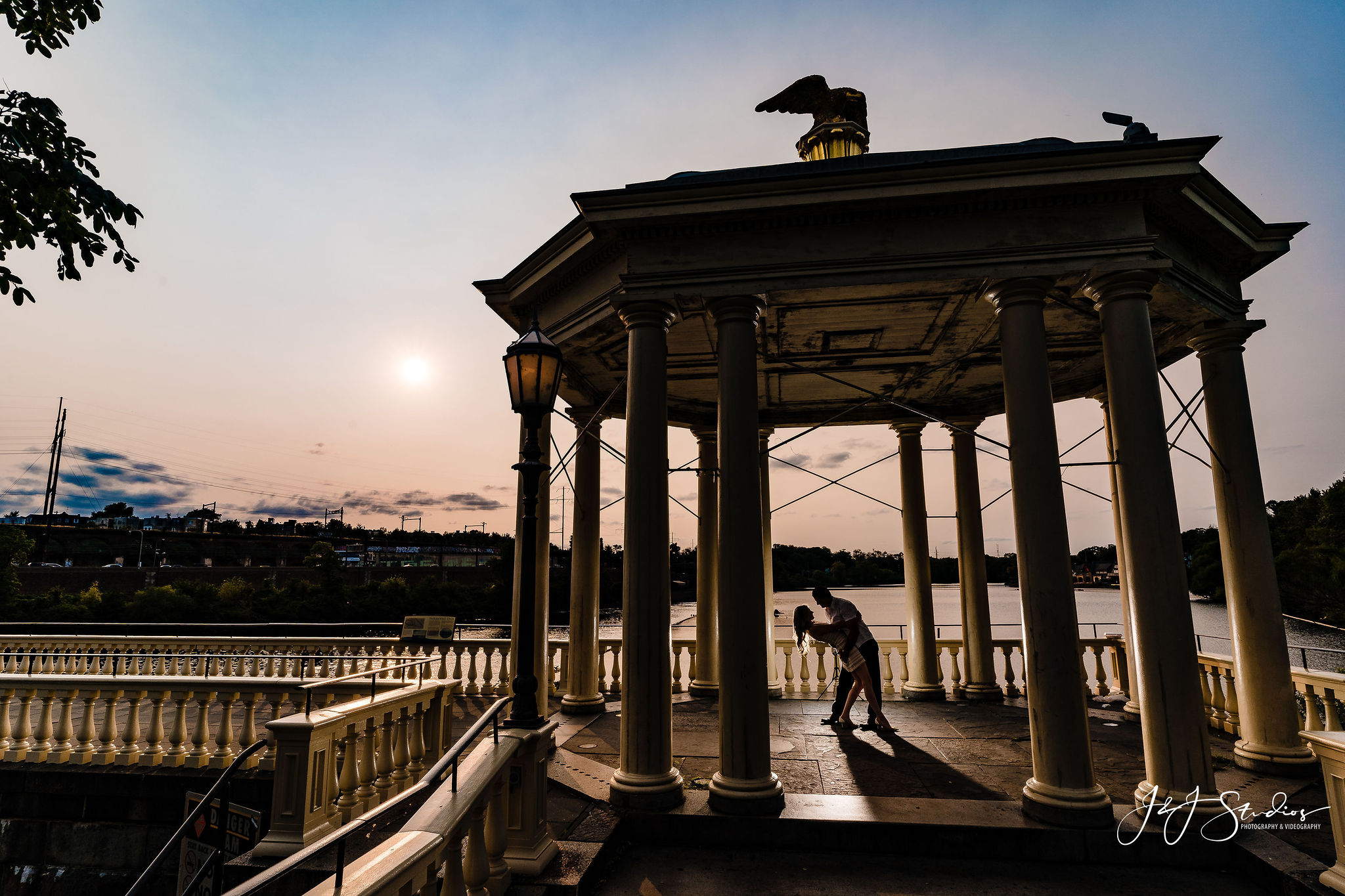 Why Have an Engagement Shoot?

Cherise and Joseph will be using their photos from this stunning shoot for save-the-dates, their wedding guestbook, social media, wall art for their home, a newspaper announcement of their engagement, for display at their wedding reception, and for their wedding website, among other things. These are all excellent ways to utilize the stunning pictures J&J Studios can capture for your own engagement shoot! Contact us today to schedule your engagement session – we can’t wait to hear from you!