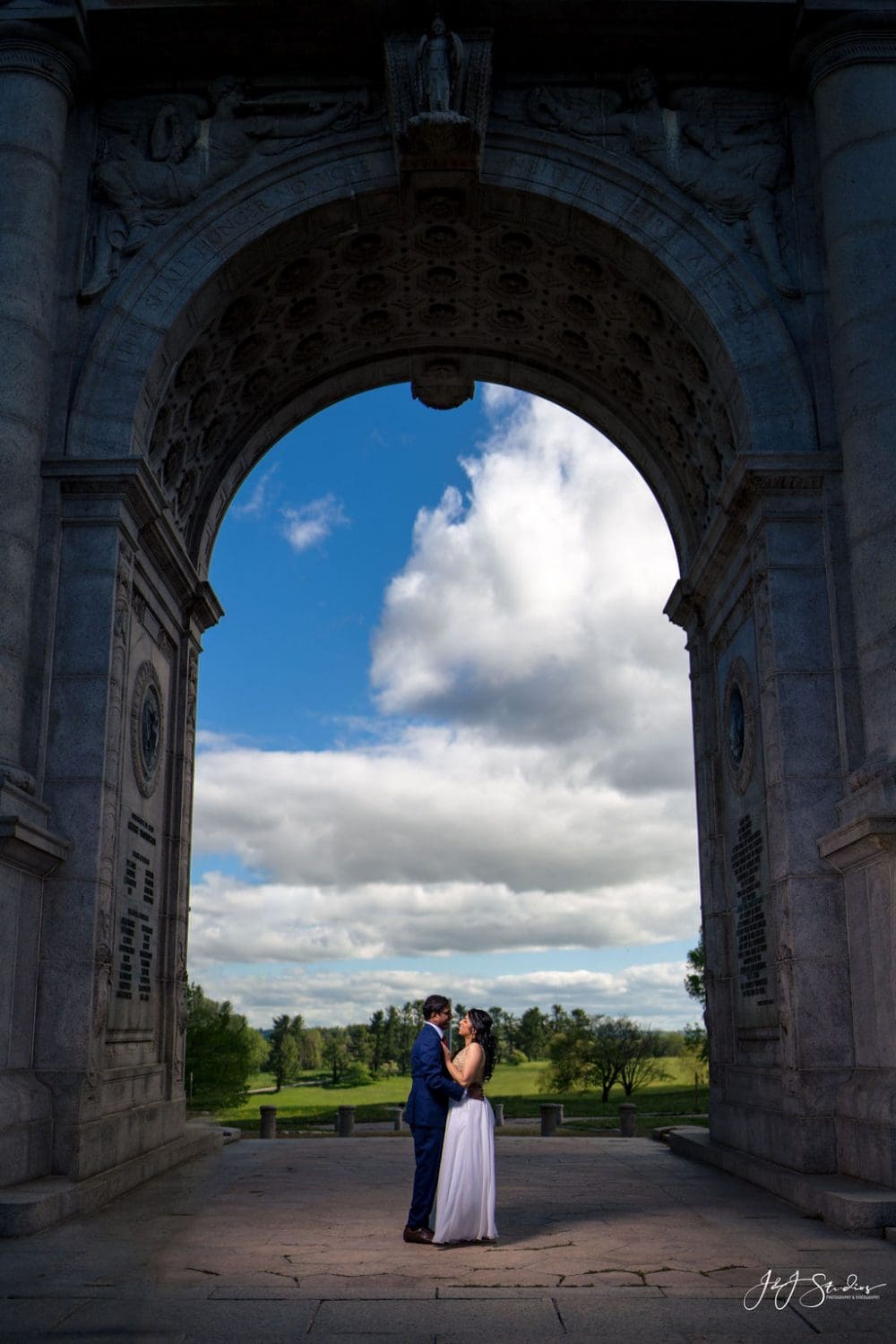 Lights, camera and action. The Srija smiled as they gazed lovingly in each other’s eyes. It’s moments like this when we remember why we love what we do for a living. This Indian pre wedding shoot at the Valley Forge National Park was amazing. Photographing this lovely couple was a walk in the park no pun intended. Prewedding shoots like this have become increasingly popular over the last twelve months. Since the pandemic has restricted large gatherings more couples have been placing more emphasis on capturing beautiful engagement and pre wedding visuals that can be used to commemorate such a special occasion. 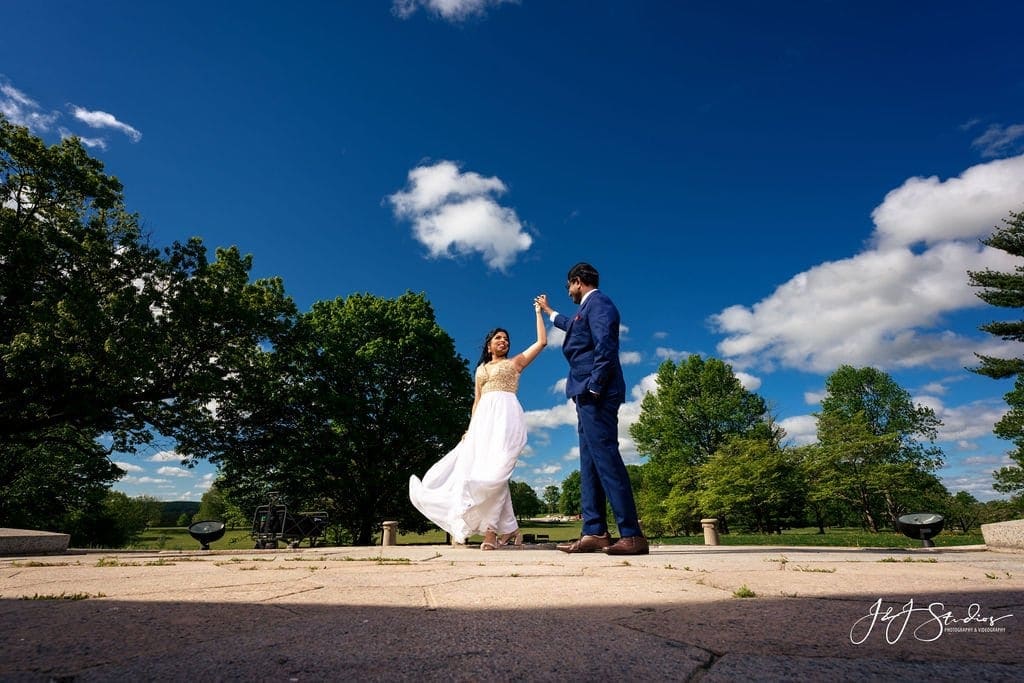 How Did They Meet?

Every couple has a love story. A tale of how they met and fell in love. Like so many of the other couples we have had the chance to shoot, the Srijas met through a mutual family friend who thought that they were a perfect match for each other. Although they were both initially hesitant after some persuading they decided to at least meet each other and they were formally introduced at a social gathering.

“ We had a lot in common. I fell in love with his sense of humor first, “ the bride remarked. “ He was so easy going and I loved  how we could talk for hours without getting tired of each other,” the bride to be said as she described their relationship.

In the Indian culture, couples become officially engaged after the bride’s family has accepted the groom’s proposal. In true customary fashion, Srija asked his bride’s parents for her hand in marriage.

Once they approved he planned an elaborate proposal at a beautiful dinner he planned and had catered. He invited both of their families and friends to witness the special occasion.  With tears of joy in her heart she immediately agreed to marry him. They both describe the proposal as one of the best moments of their life.

The Srija’s desired a beautiful outdoor photo shoot before their wedding ceremony .Together we decided that the Valley Forge National Park  in King of Prussia was the perfect place with its acres of meadows, woodlands and monuments. 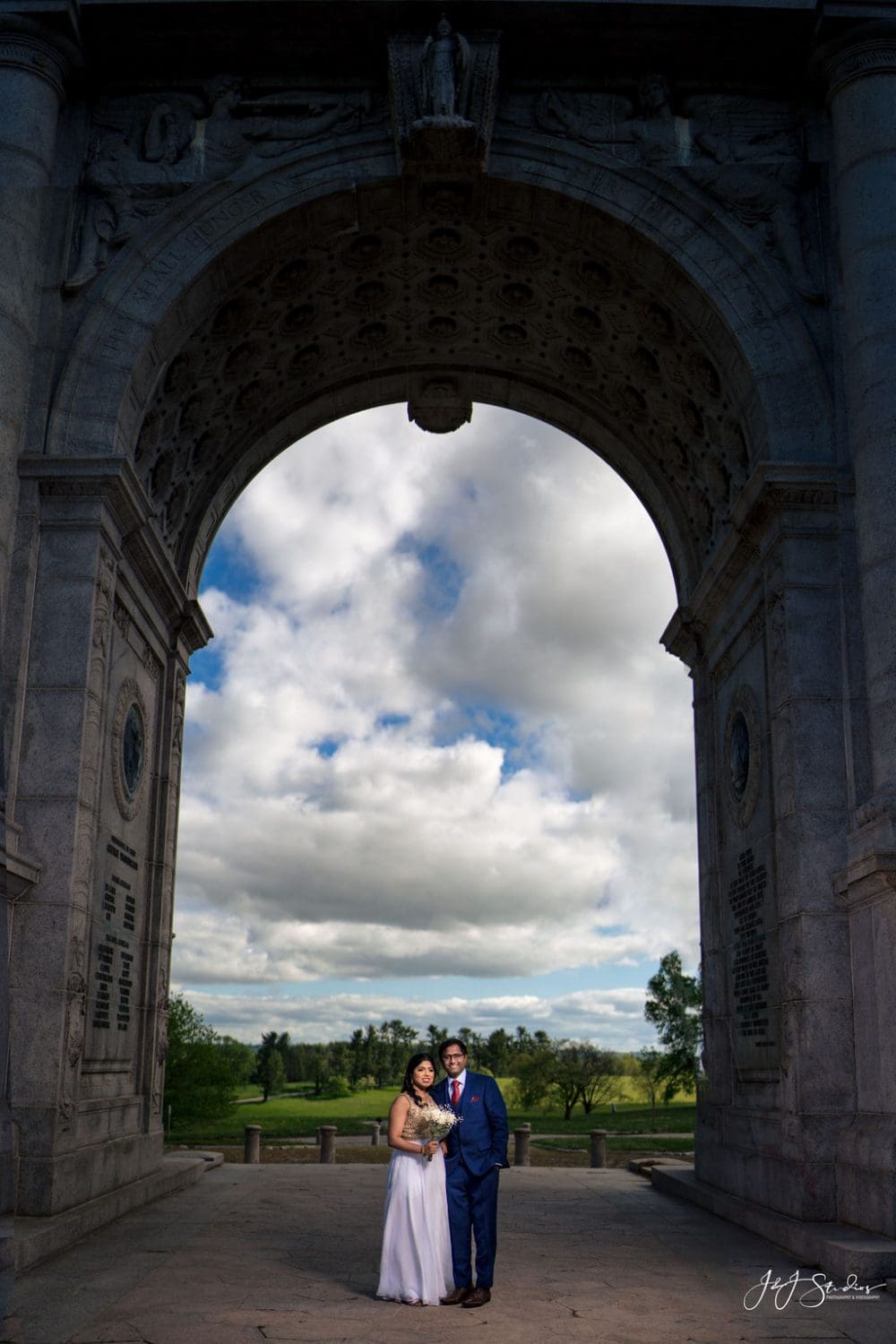 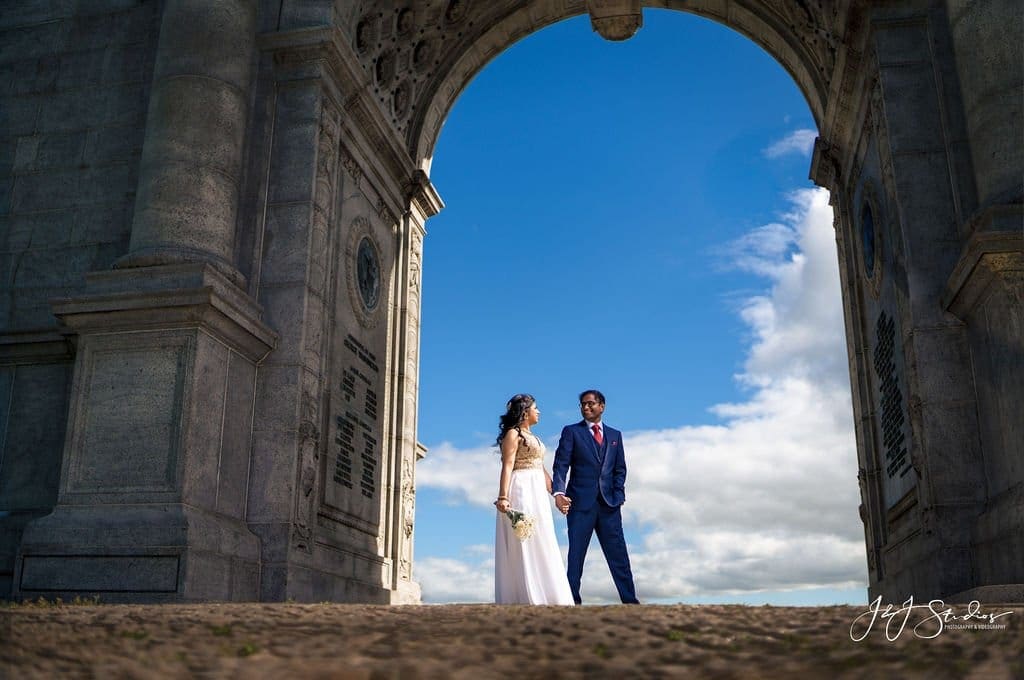 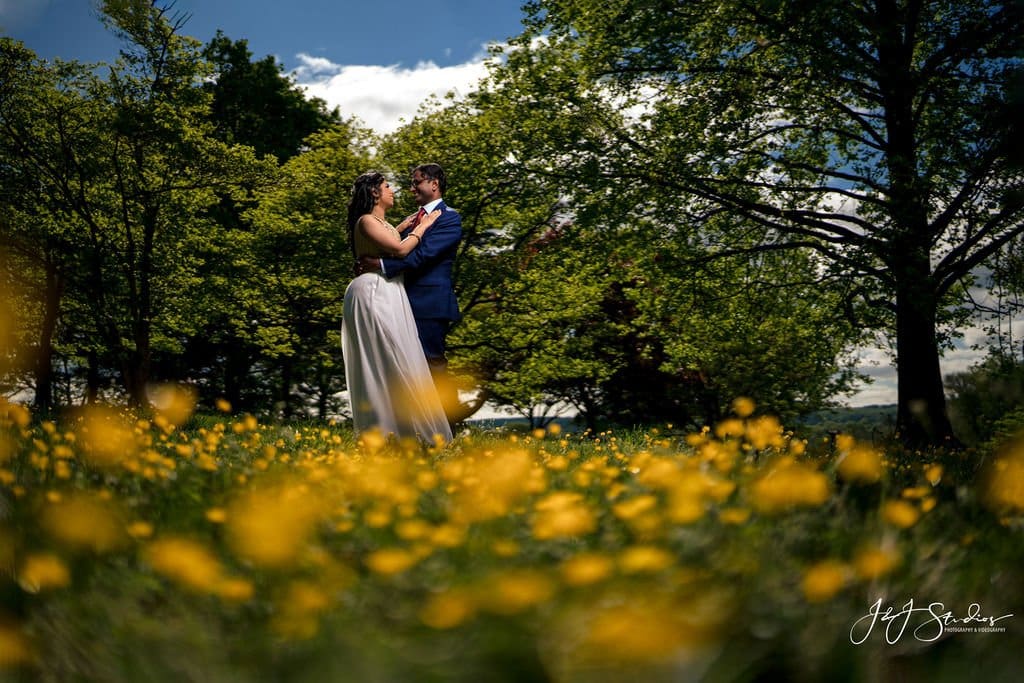 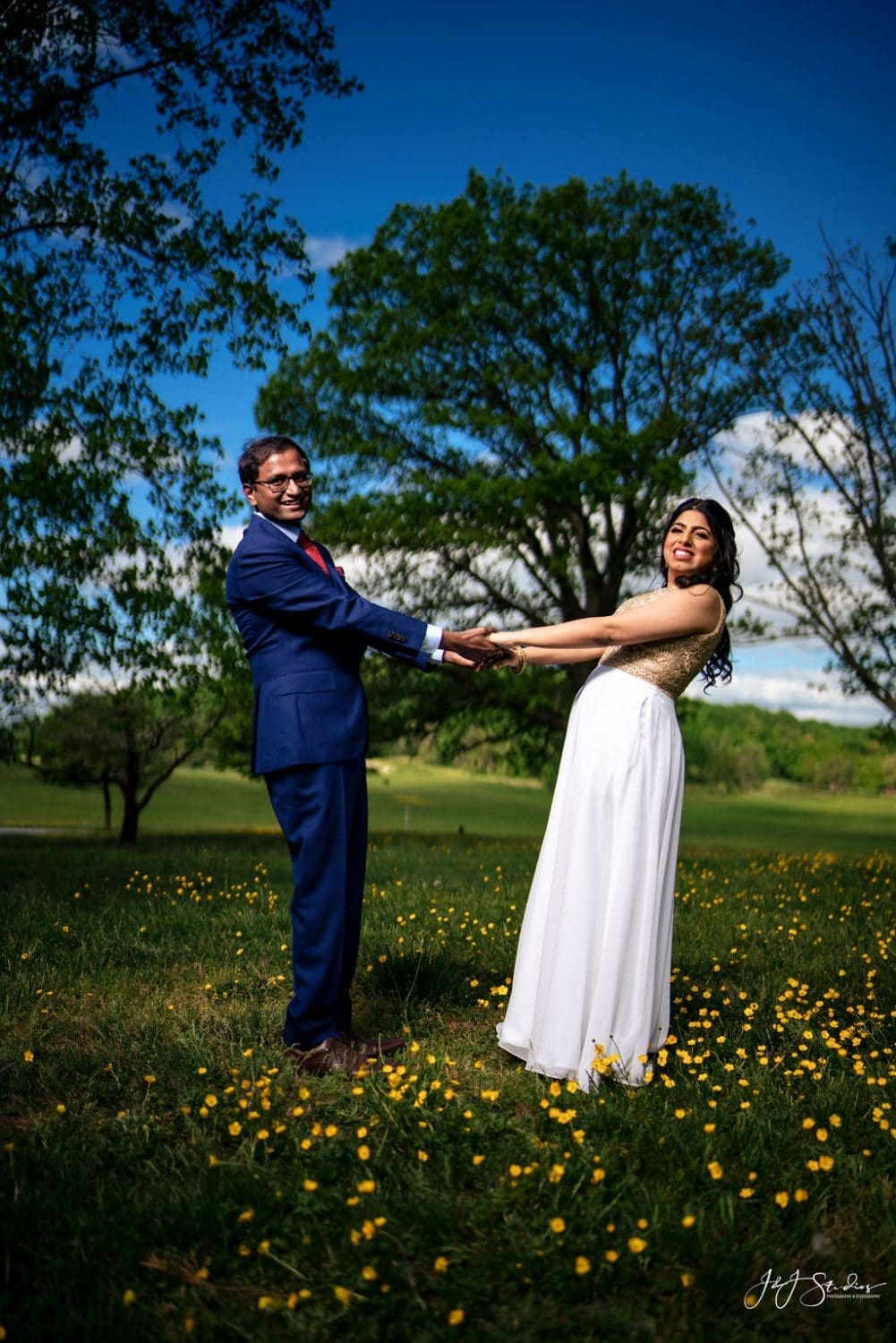 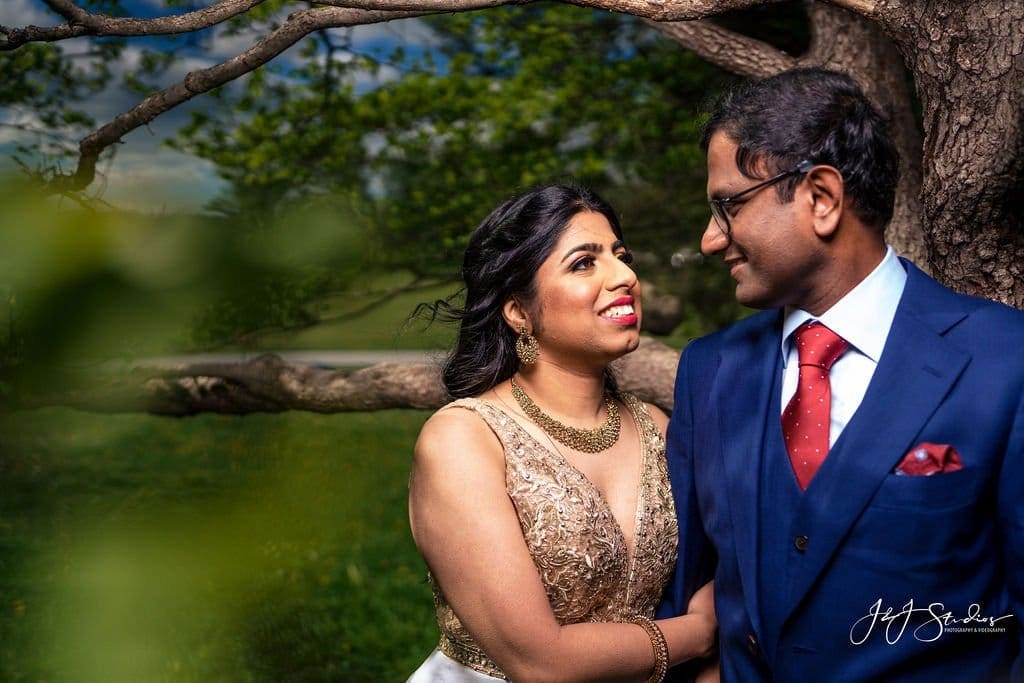 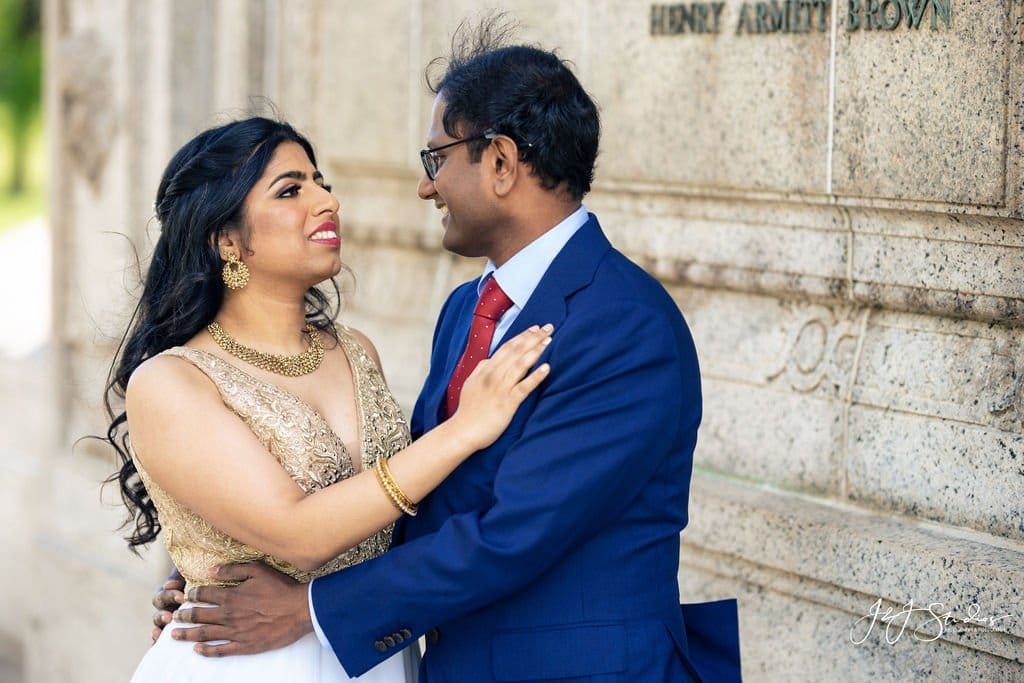 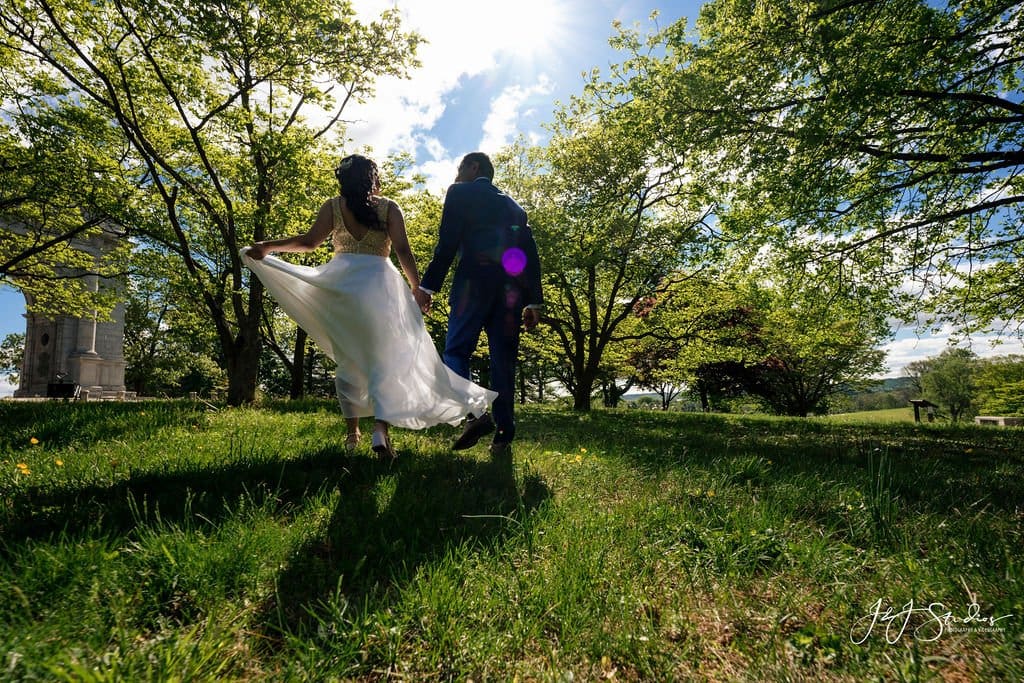 Now that we are in our warmer season, the weather is beautiful making for great photo shoots outdoors. Some of our best wedding sessions take place in the most scenic parks that Pennsylvania has to offer. 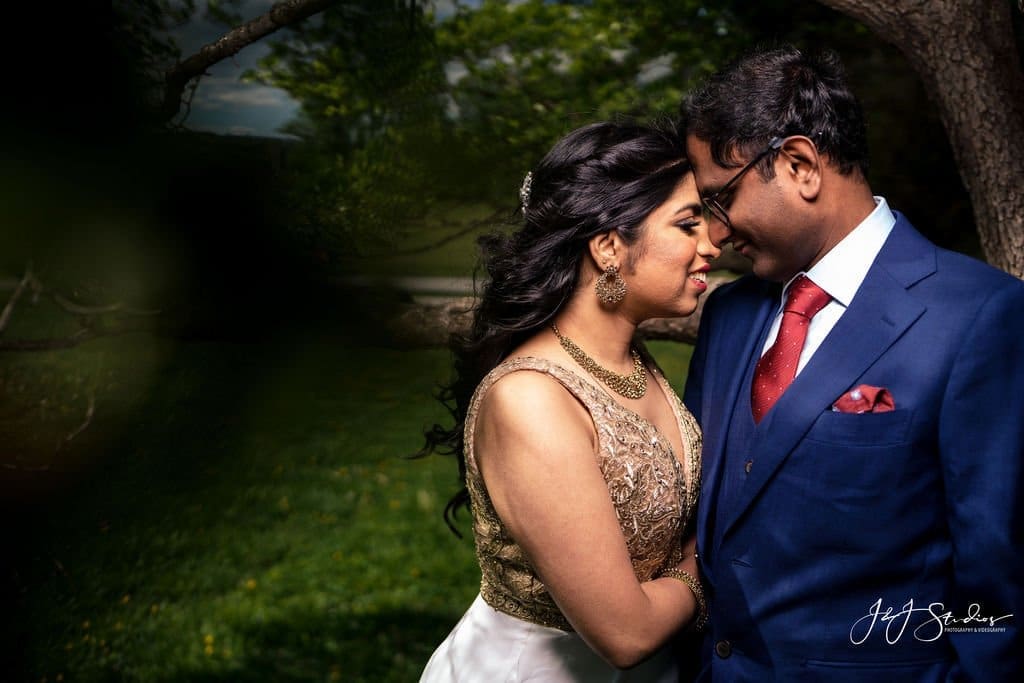 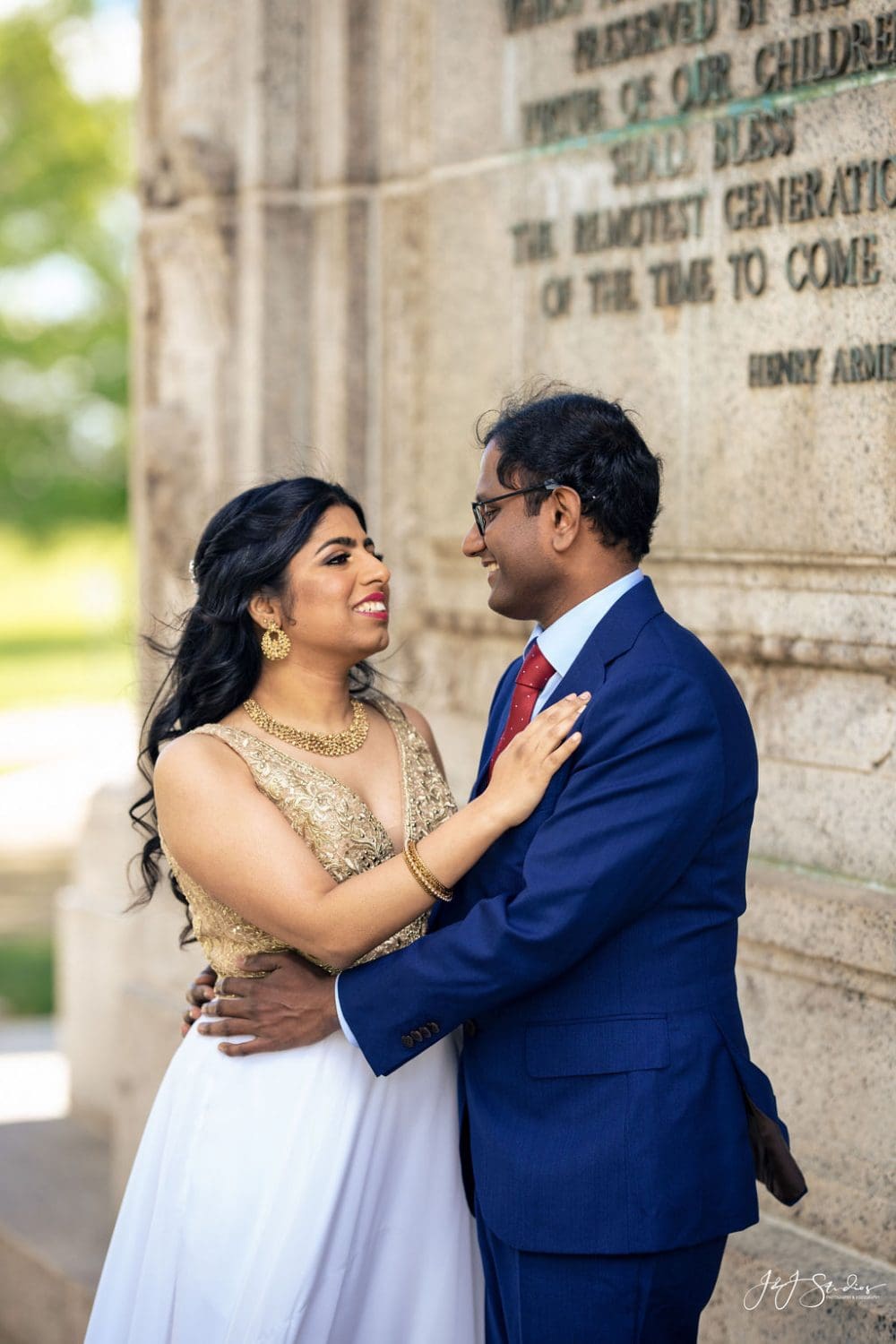 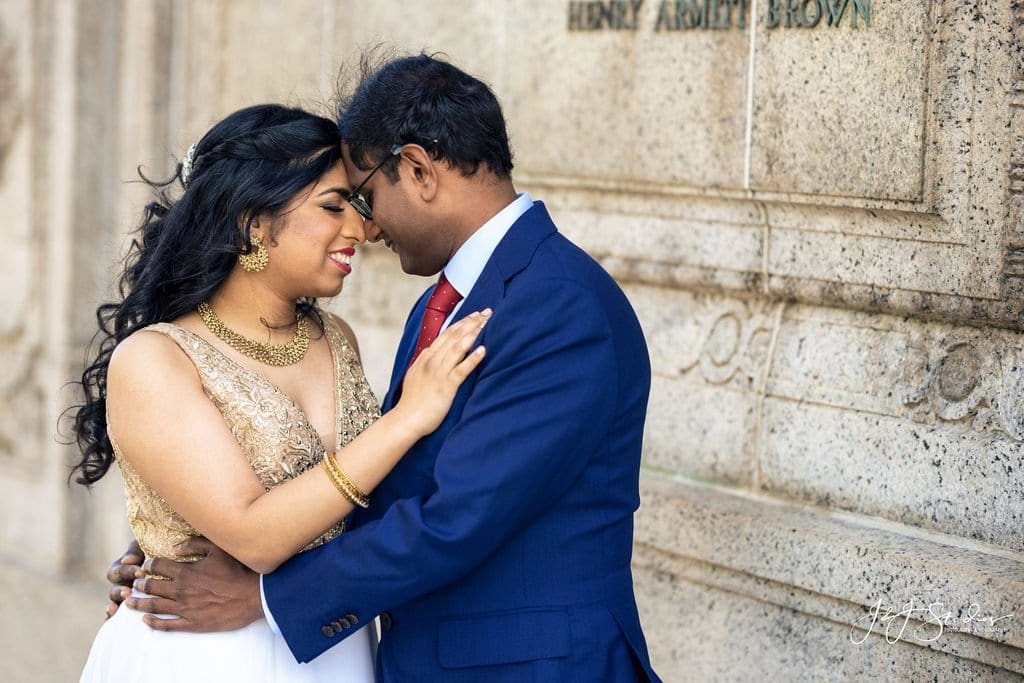 We couldn’t leave without capturing a few visuals of the lovely couple under the iconic National Memorial Arch which was erected to celebrate a significant moment in America’s history. The photographs we took of the Srija’s under the arch were full of romance and utterly breathtaking. From visuals of the bride and groom basking in the sun, strolling through the park and playing amongst the vibrant yellow wildflowers we were able to showcase the bride and groom’s love. 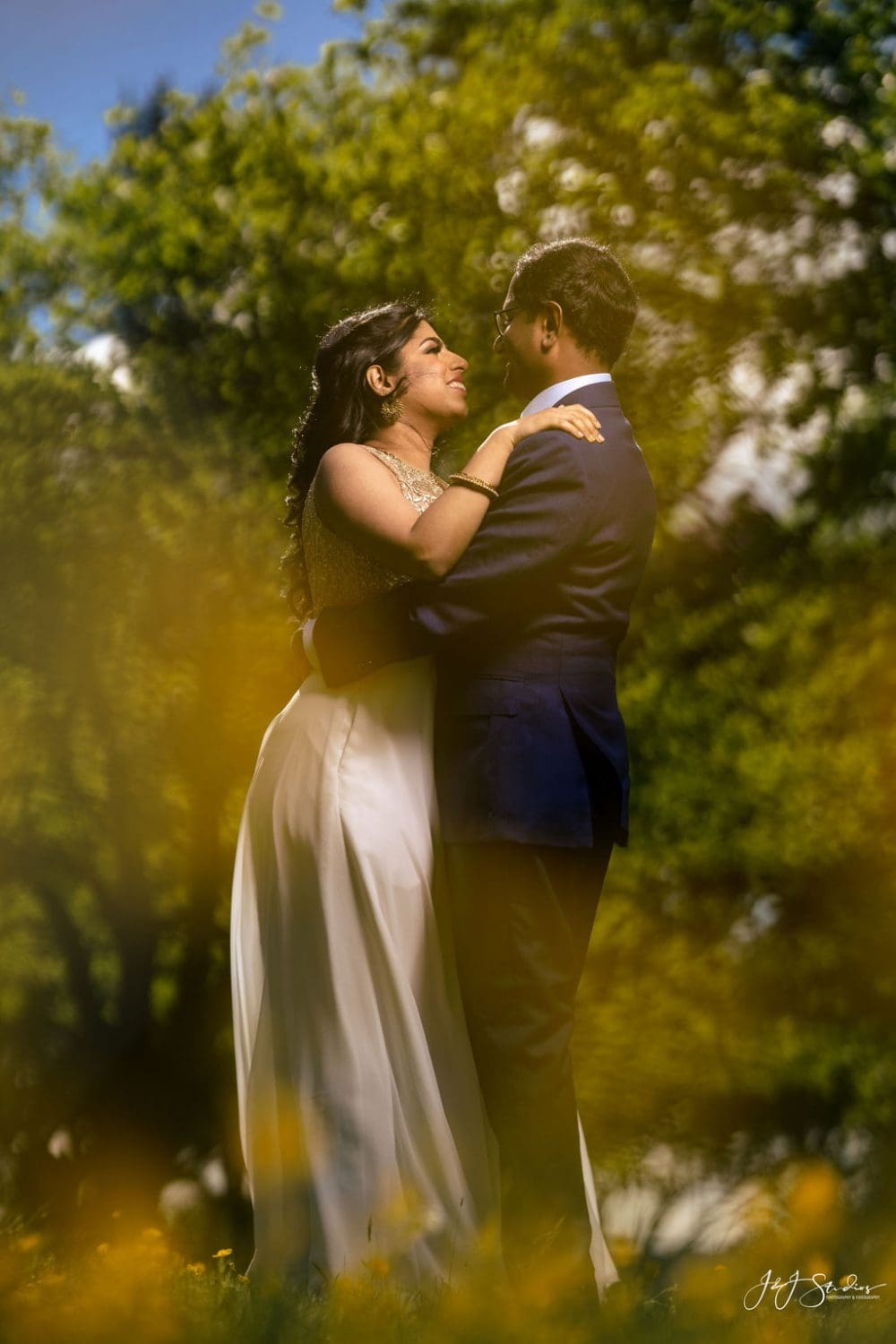 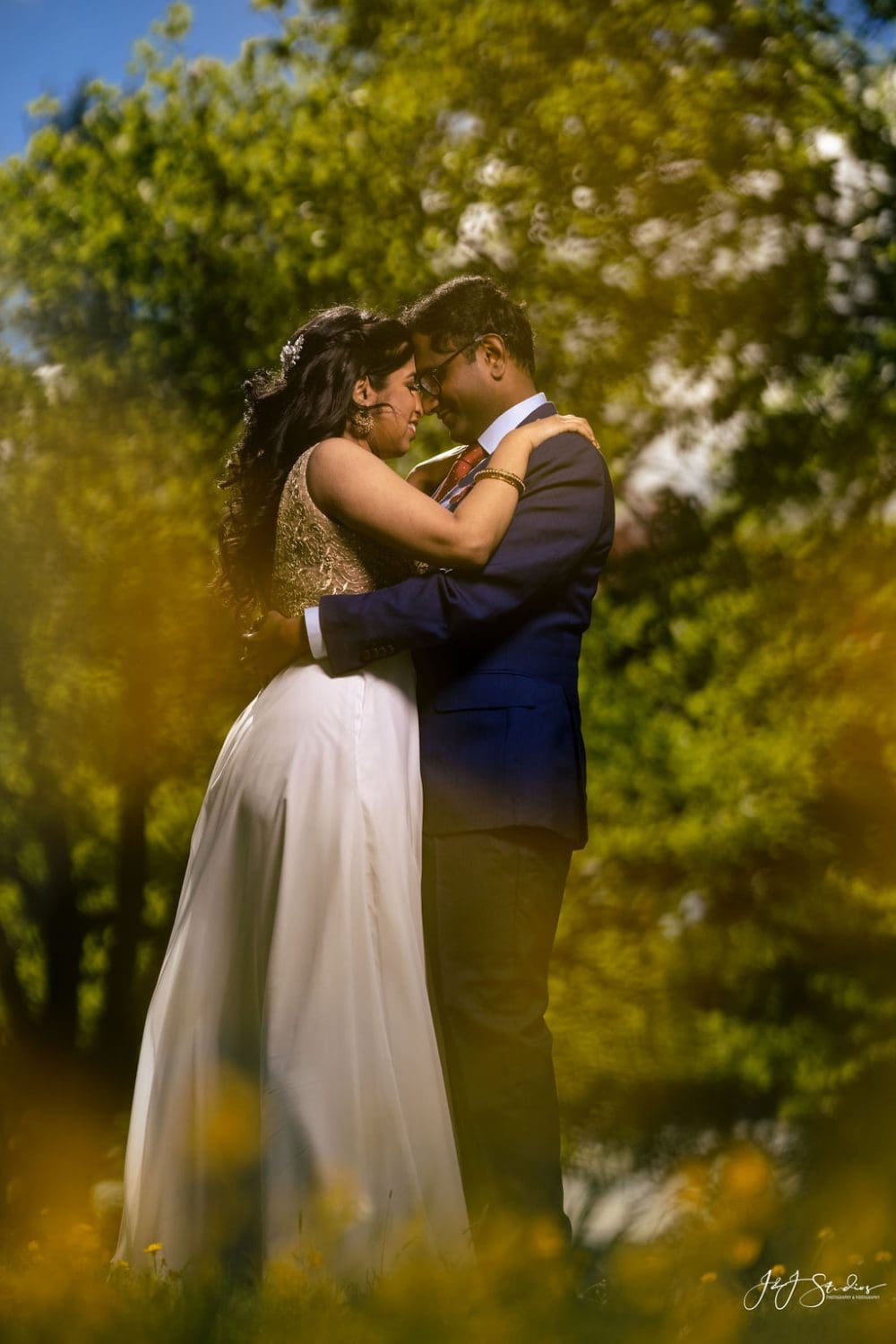 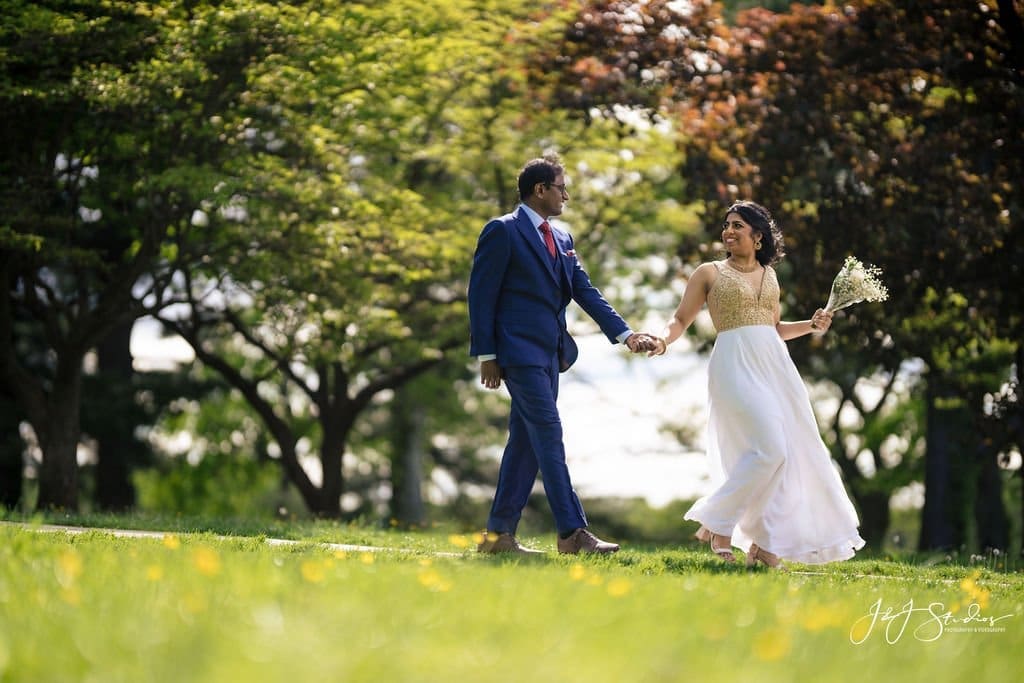 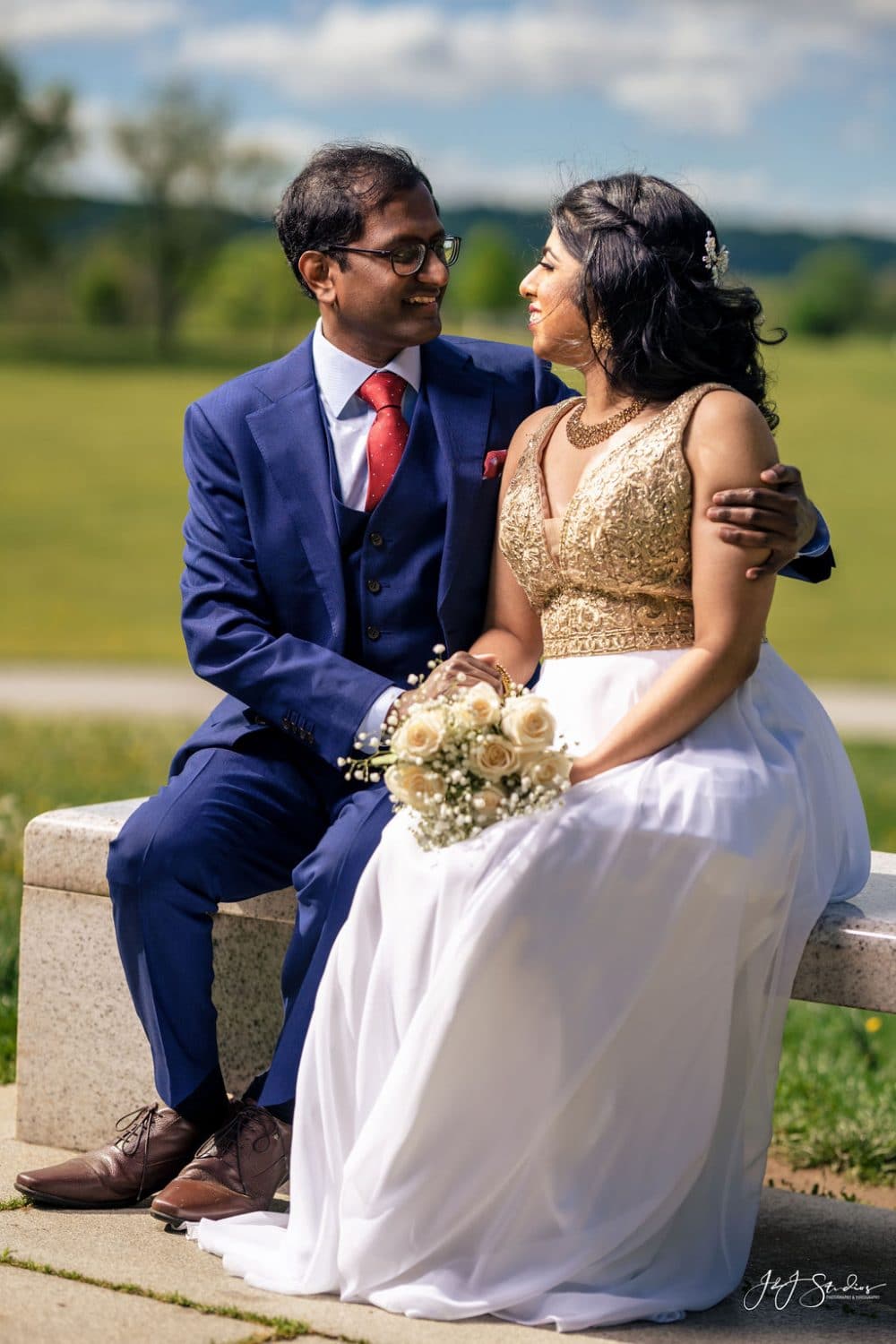 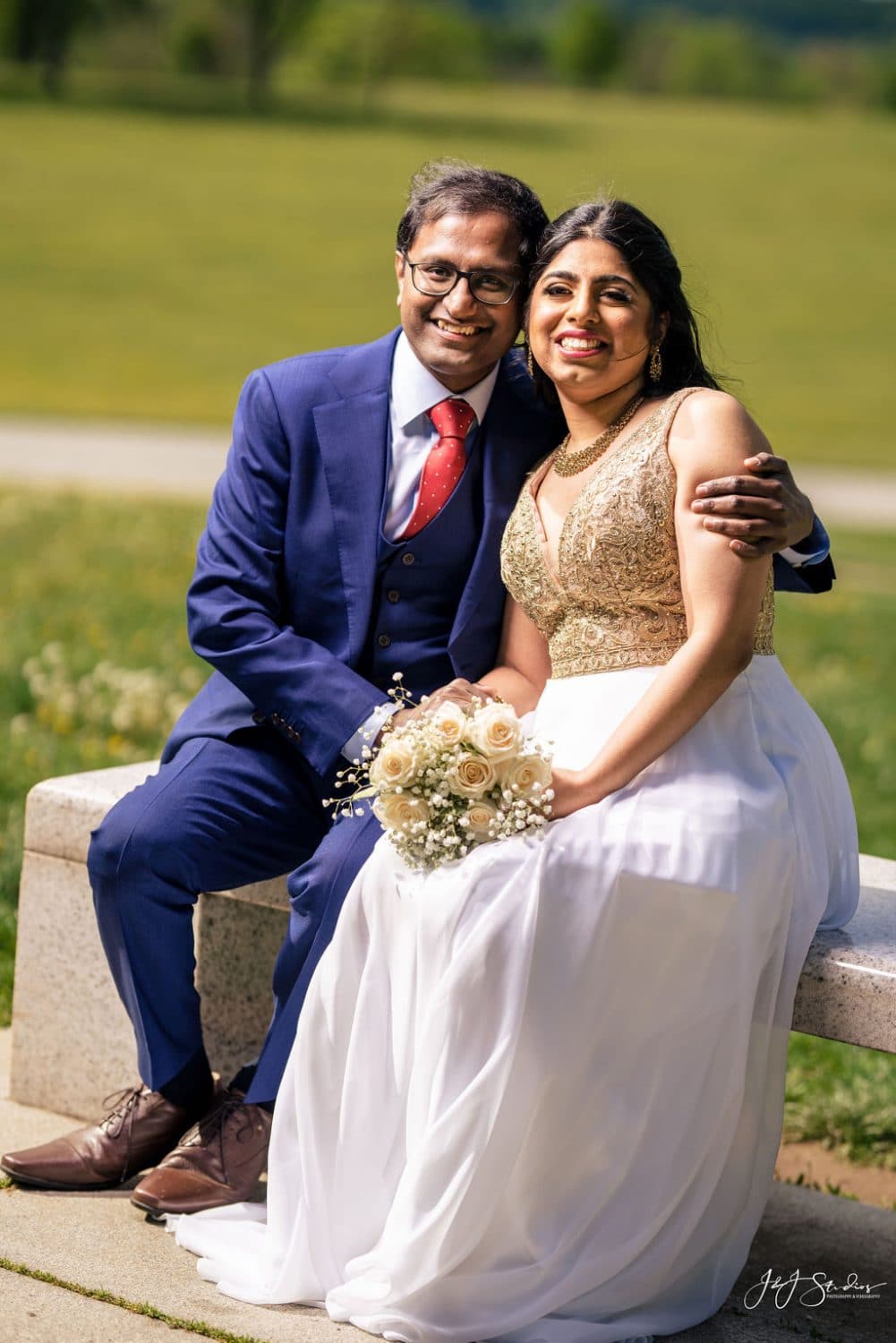 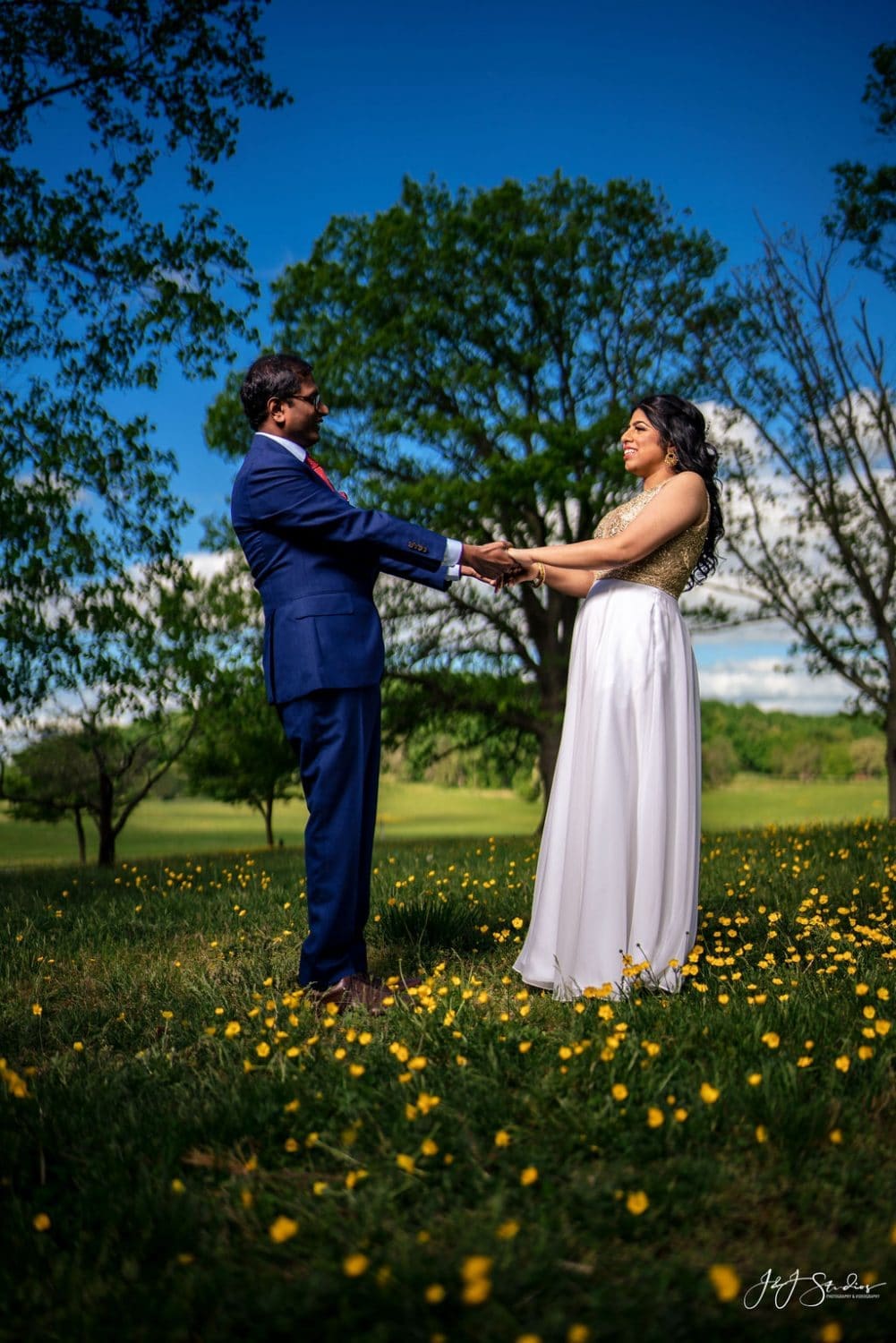 Whether you’re interested in an epic photoshoot hours before your wedding or shortly after your engagement we can help you plan the perfect shoot. Here at our J&J Studios our team of expert photographers works closely with each couple to bring their visions to life. Contact us today to schedule a consultation.

J&J Studios is a small photography team based in Philadelphia. We enjoy helping people commemorate all types of special events. Our team will travel to any location including but not limited to New Jersey, New York and Delaware.