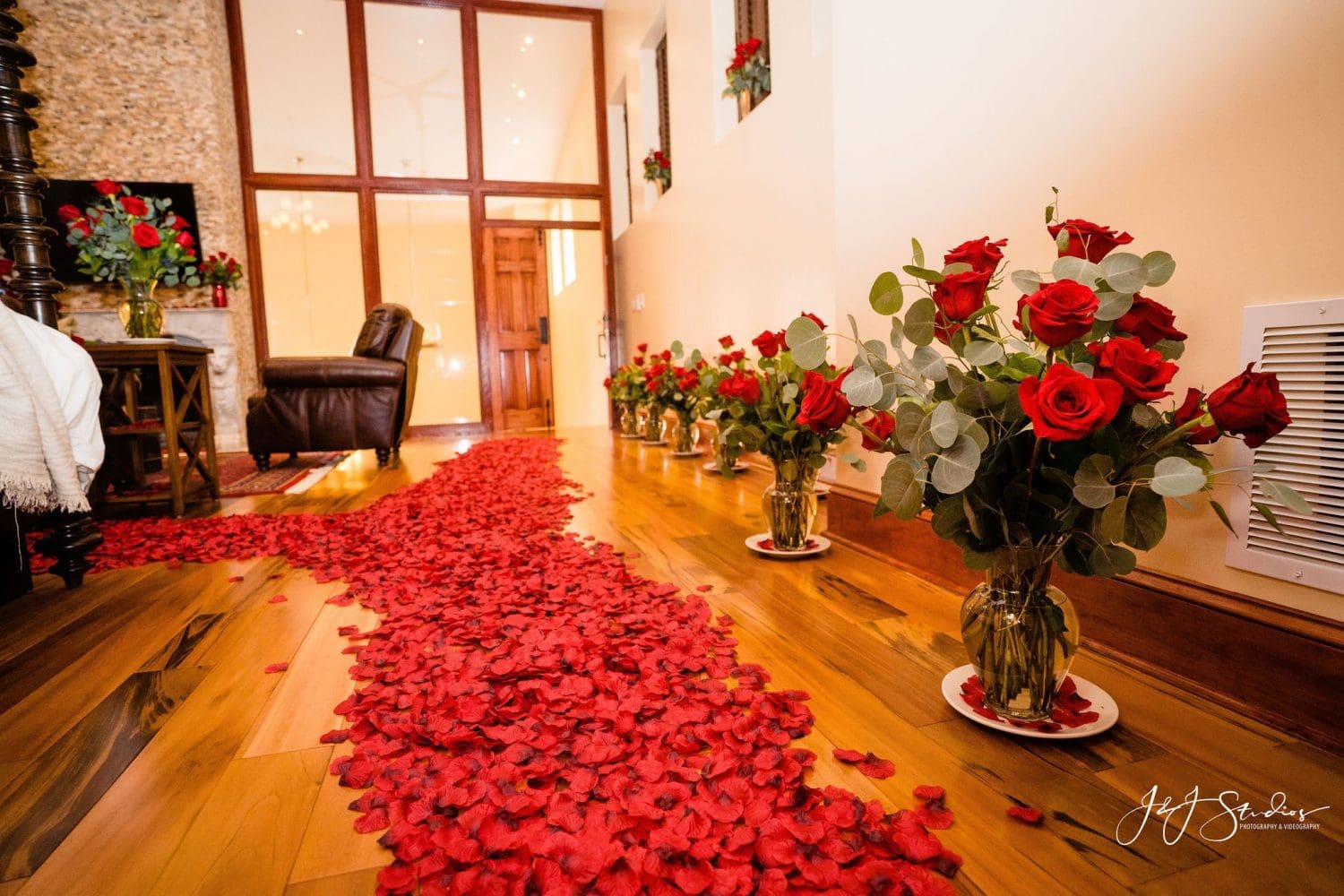 Planning and executing a surprise proposal can be a really daunting task; however, the groom-to-be pulled off a proposal that is one for the books. 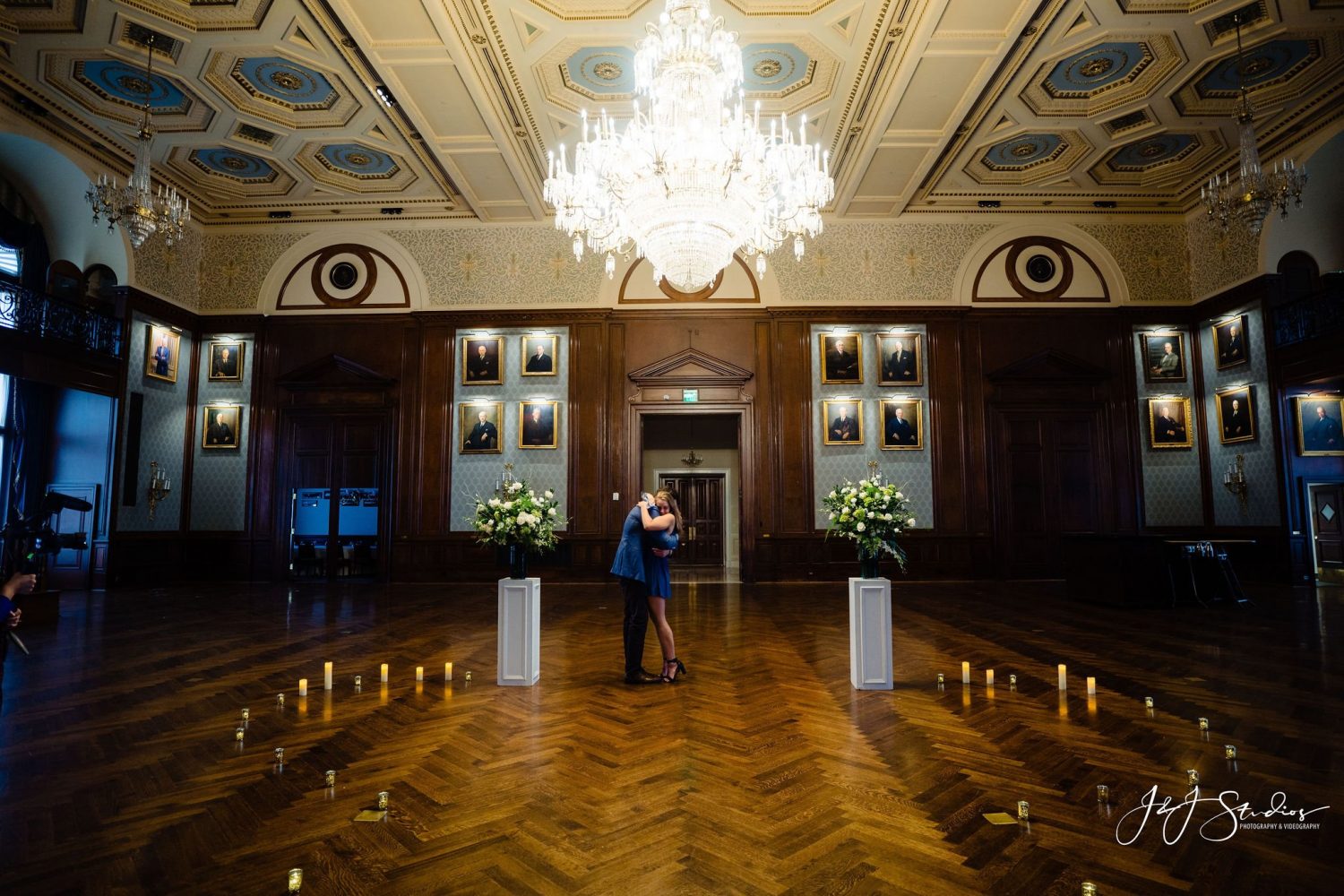 Meredith was picked up from her home in Philadelphia and driven to her sister’s home in Wayne, PA. When she arrived at the house, she was pleasantly welcomed by her sister and her some of her family members. They embraced her with warm, affectionate hugs, which I’ve captured beautifully. It was a moment they could soak in. Family is significant to a person, especially when you’re about to tie the knot. Having the support of your loved ones makes this pivotal life moment all the more joyful and sentimental. When Meredith recieved a ‘clue’, I think we all knew she knew something major was going to happen that day. 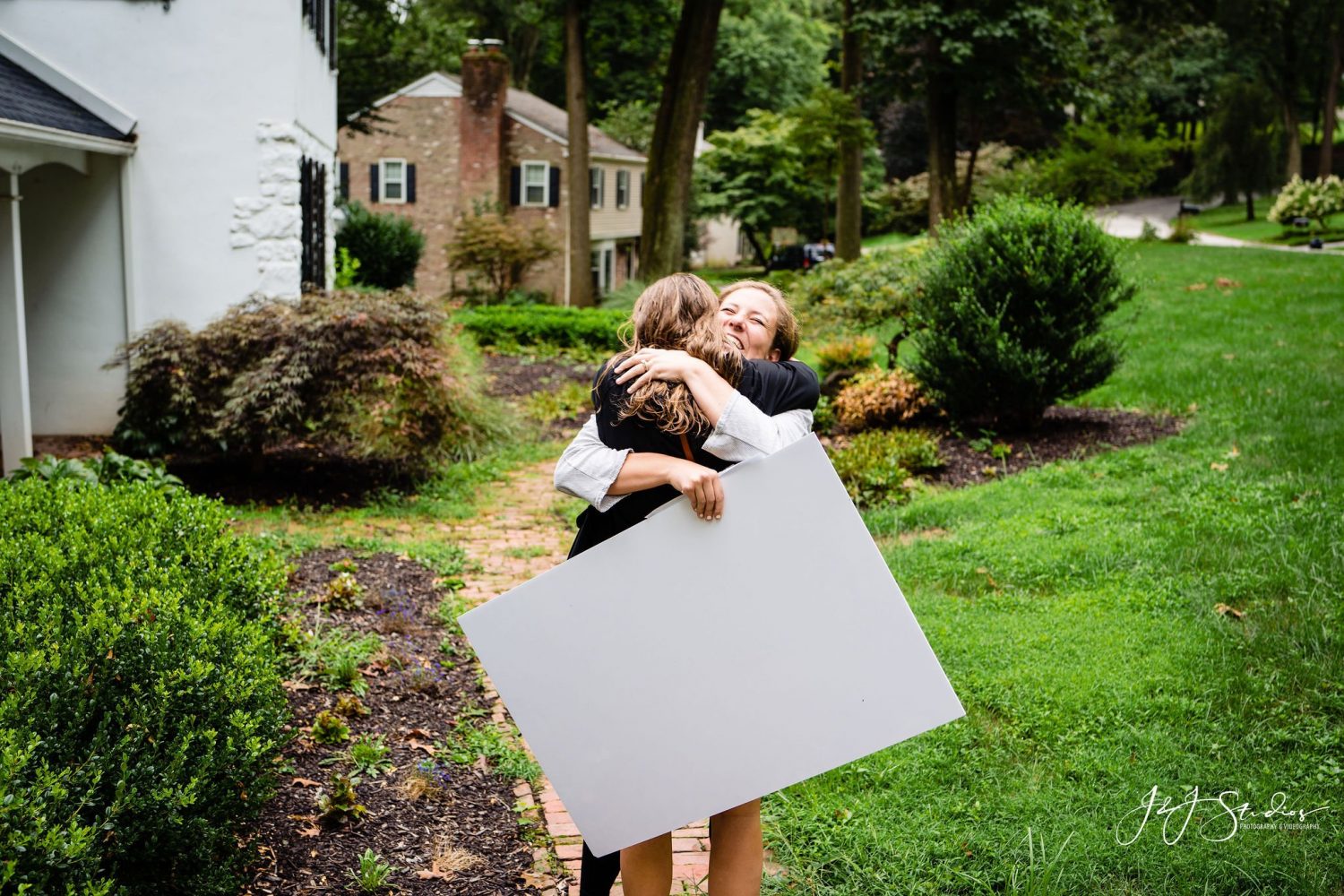 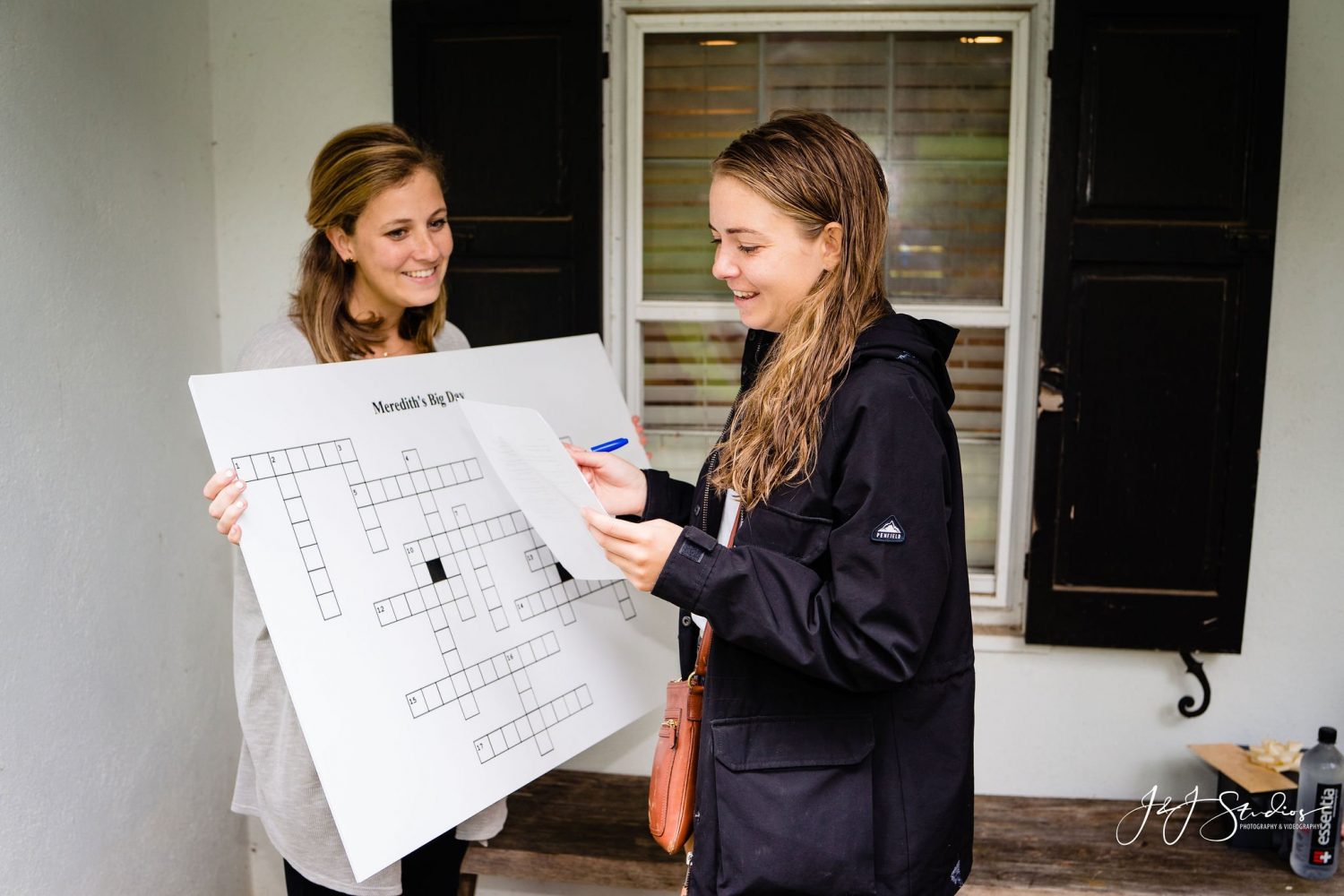 She then left her sister’s home and drove to her parent’s condo. Both of her parents were also waiting anxiously outside to embrace her with their love and support. Having your parents close to you at a time like this truly creates beautiful, unforgettable memories. 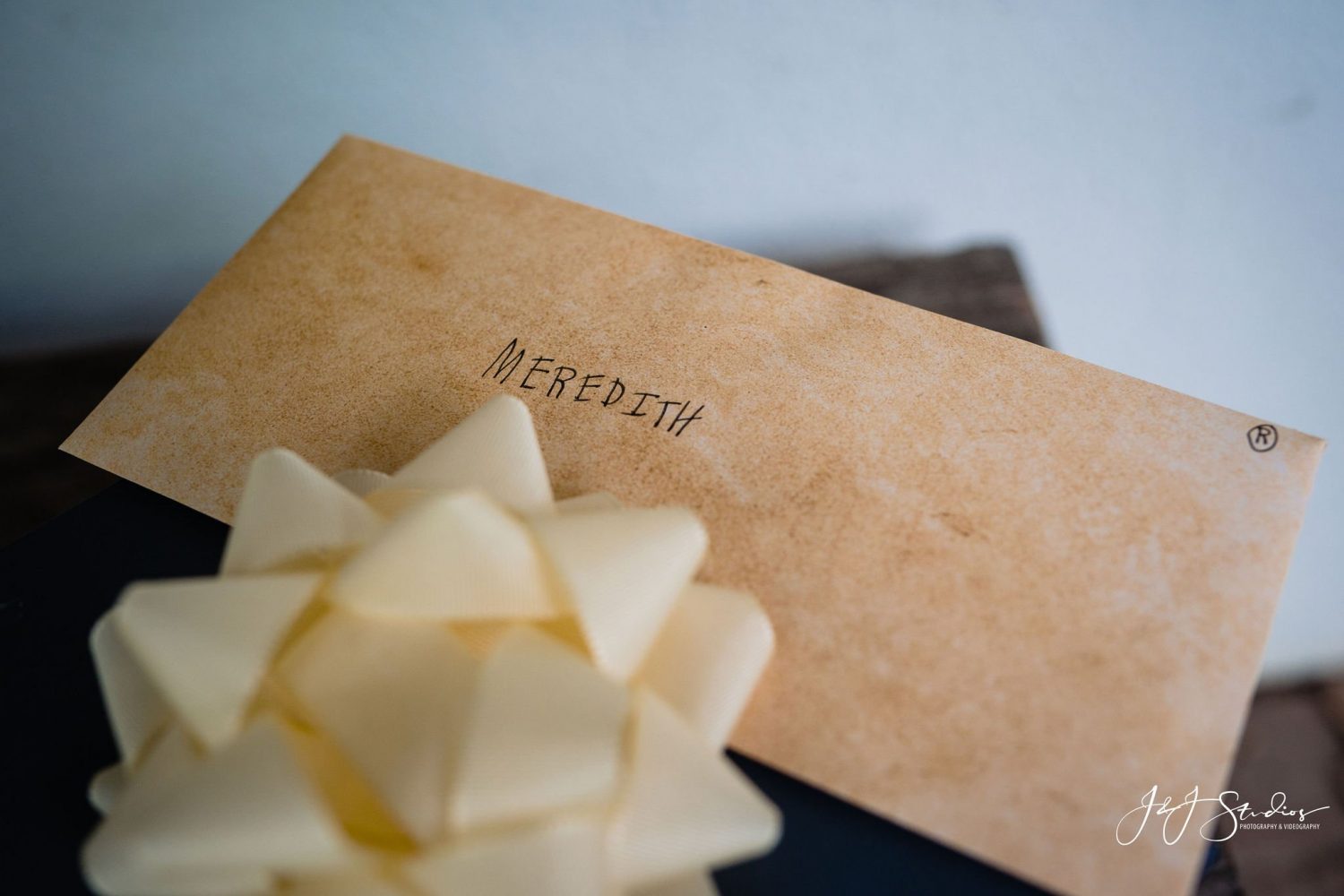 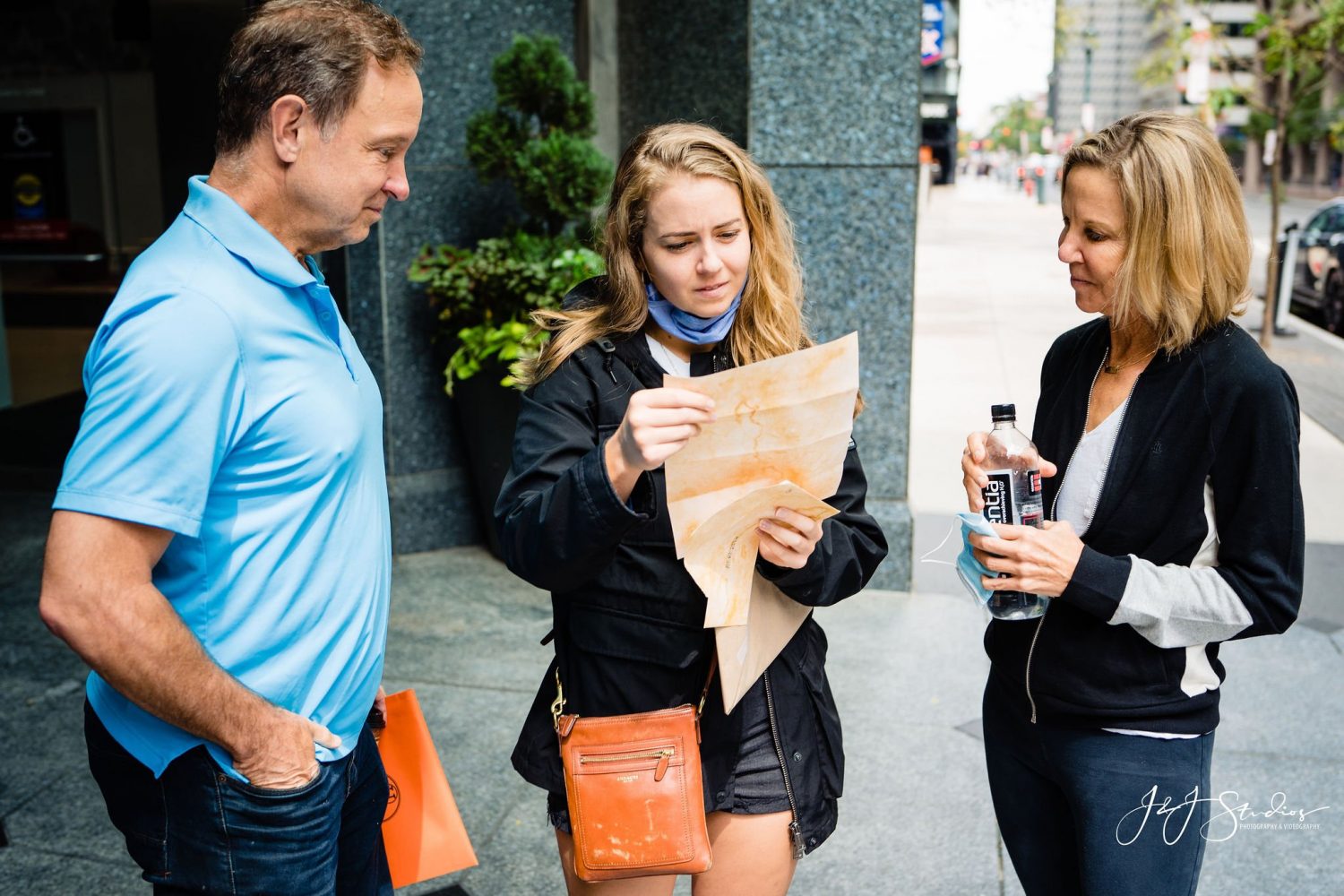 A House Filled With Roses

After Meredith greeted her parents, she walked downstairs and met her best friend outside of the condo building. The two of them engaged in a little chit chat and then began to make their way to Coco Blue Spruce to meet up with another one of Meredith’s good friends. 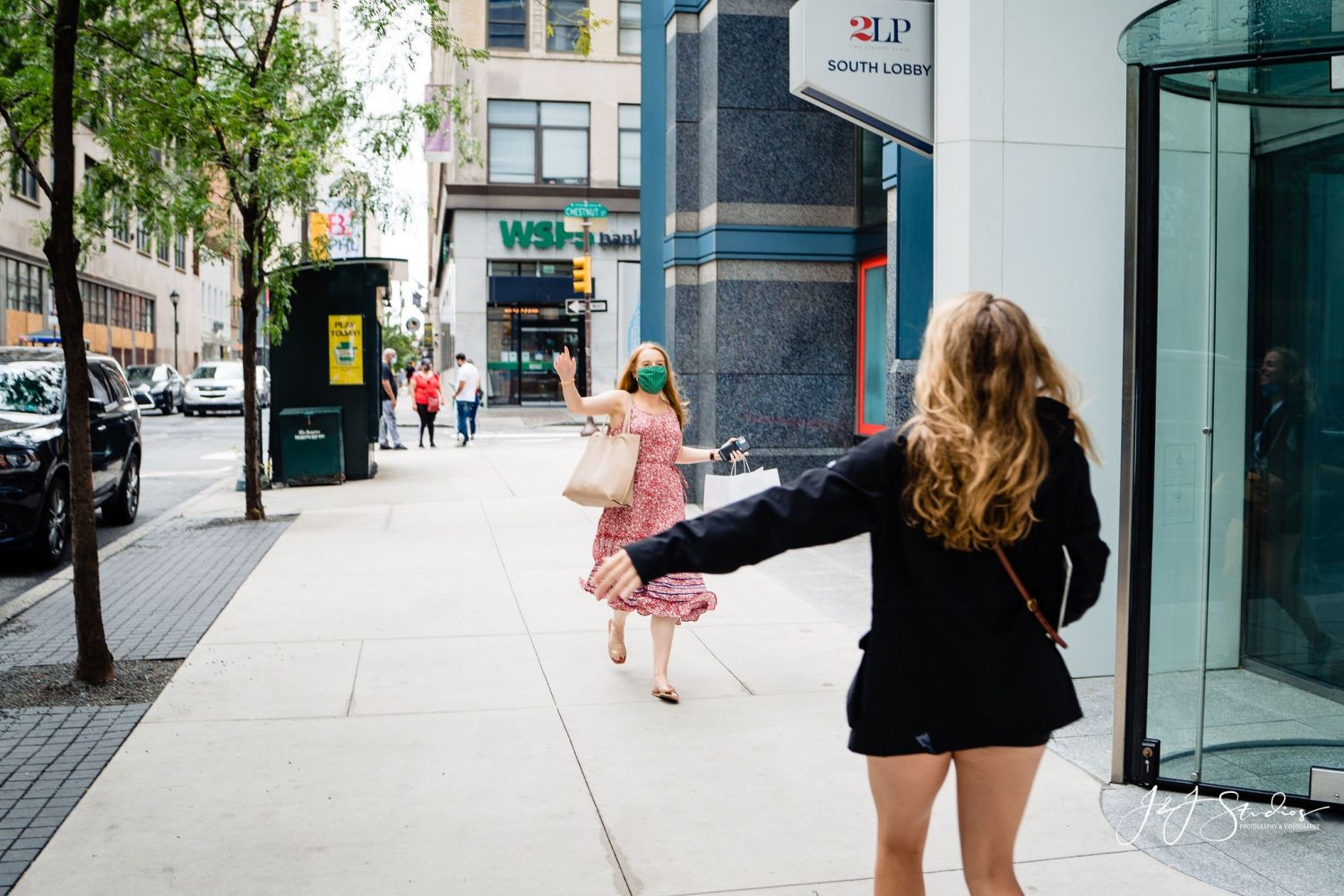 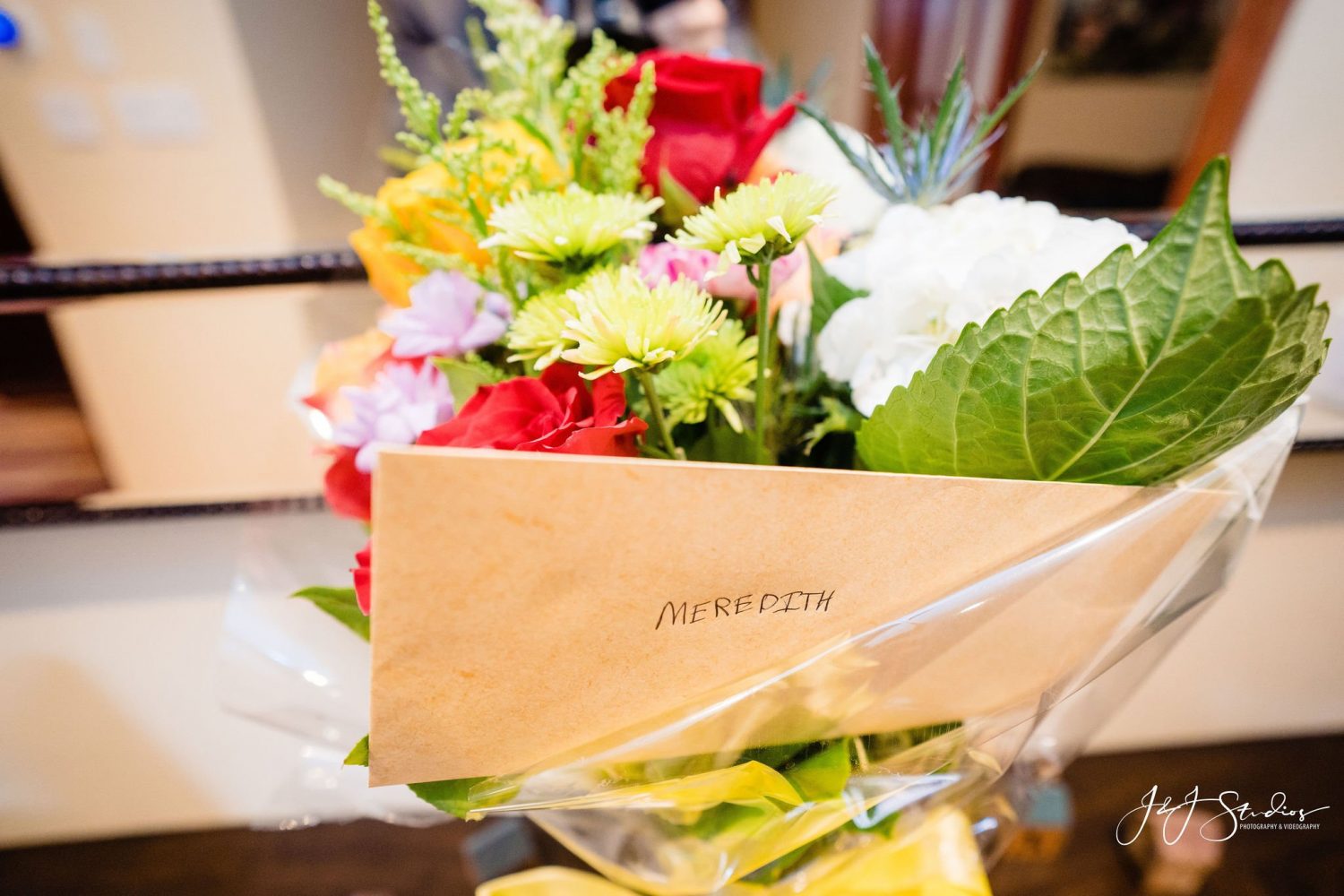 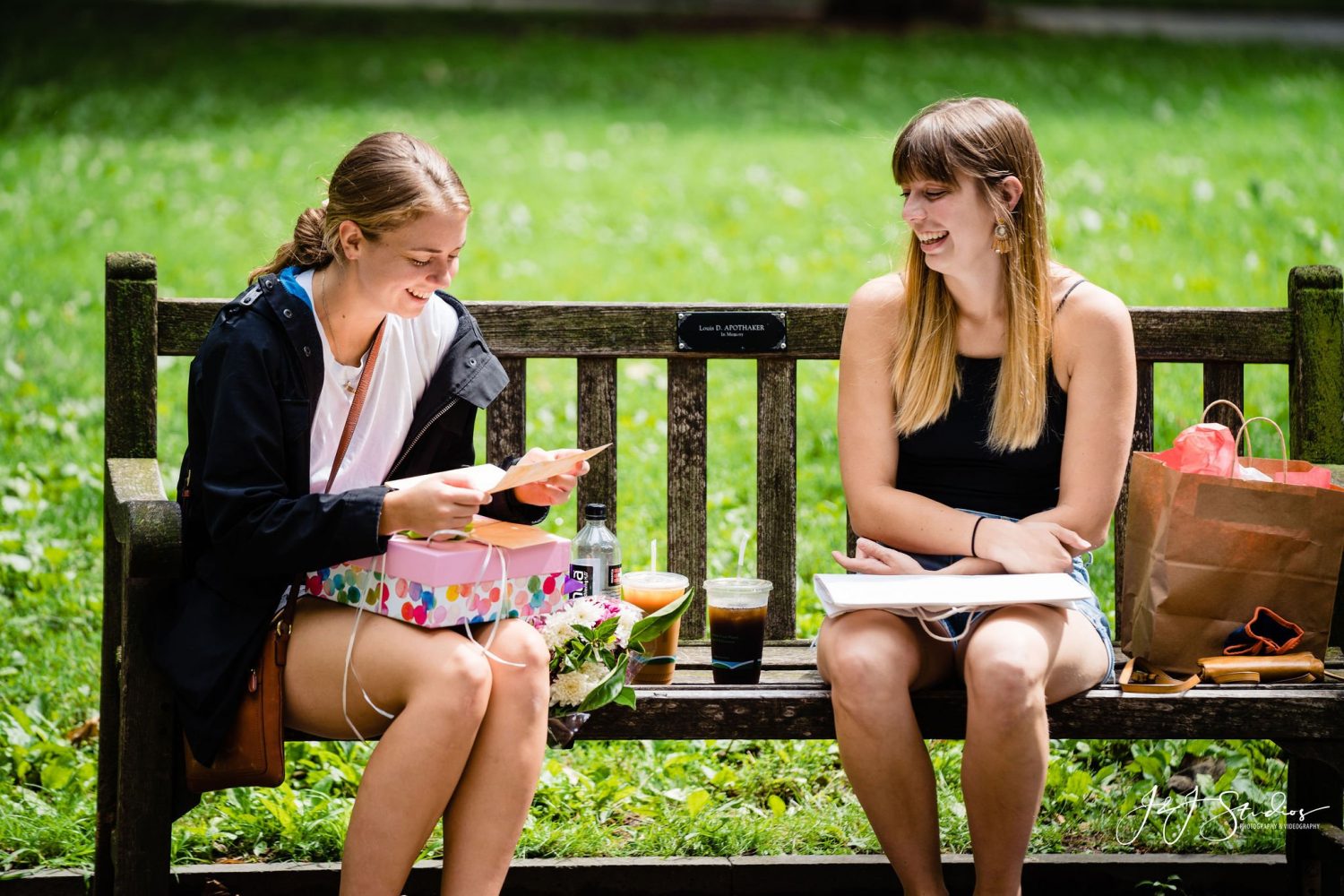 Todd asks me to go to Locust Street, where the two of them reside. As I entered their home, I noticed the smell of a delicate, beautiful aroma. I looked around, and I noticed that their home was decorated with roses. I felt as if I was in a lovely romance scene from a movie. From the living space to the bathroom, there were endless paths of rose petals and bouquets perfectly placed. 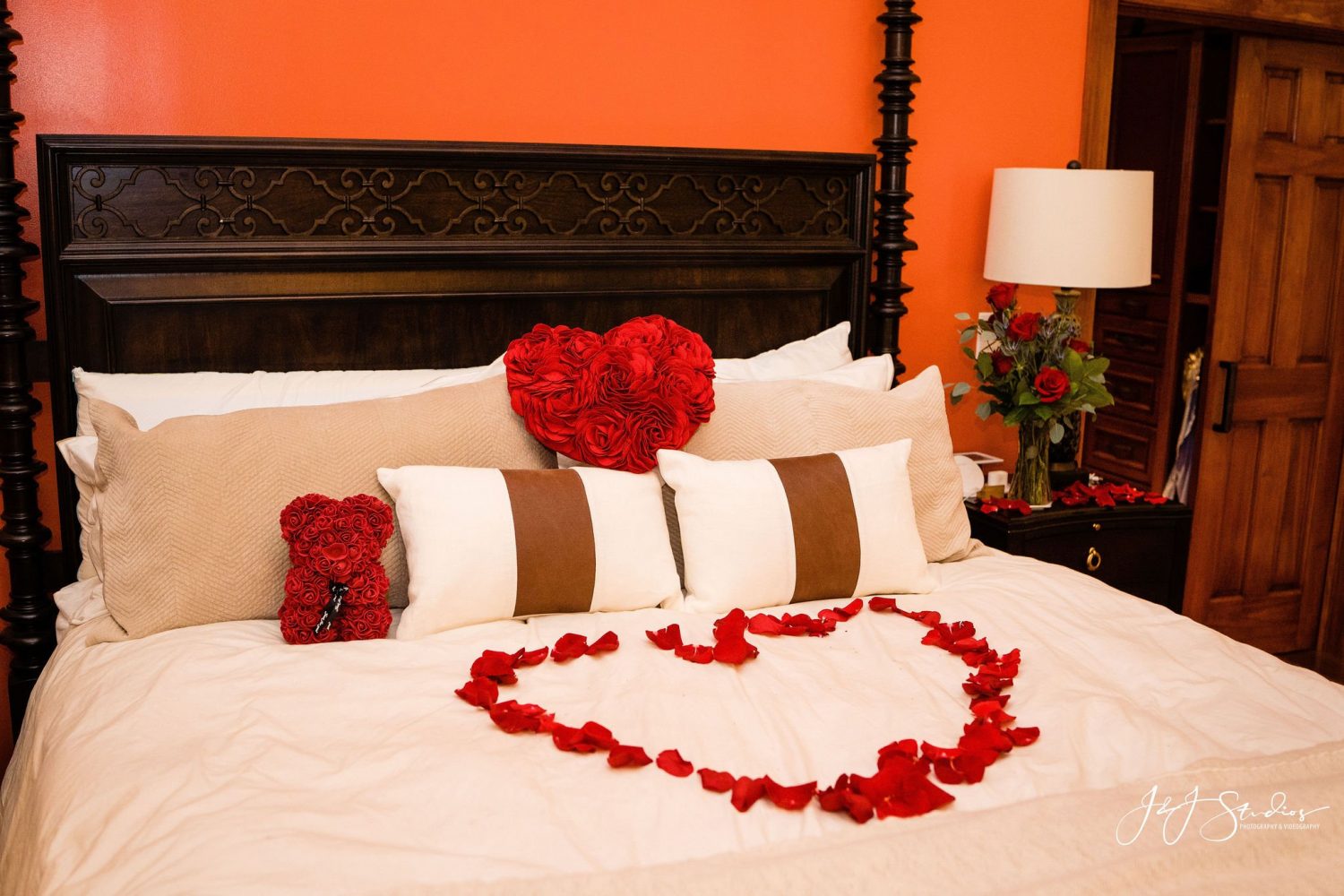 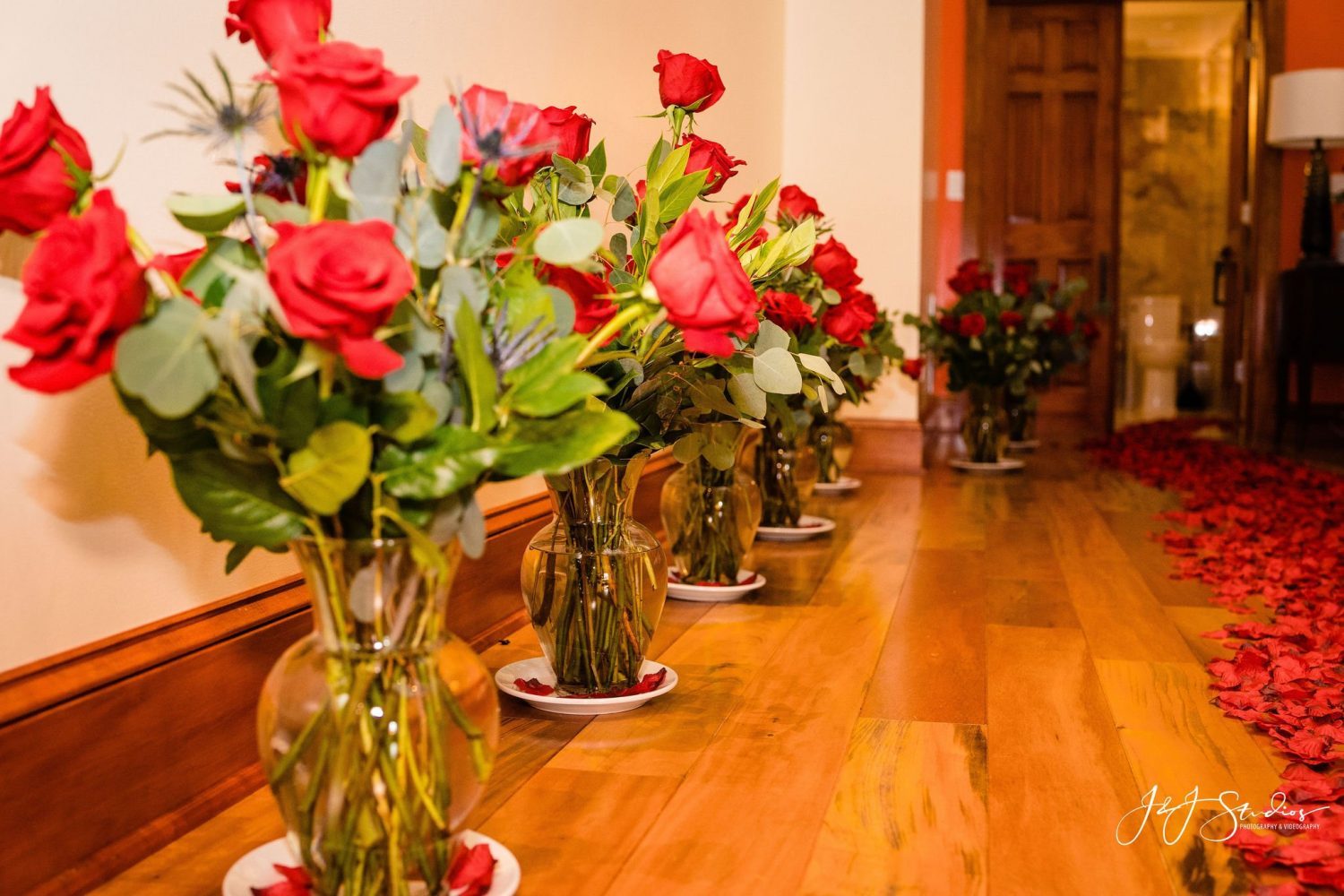 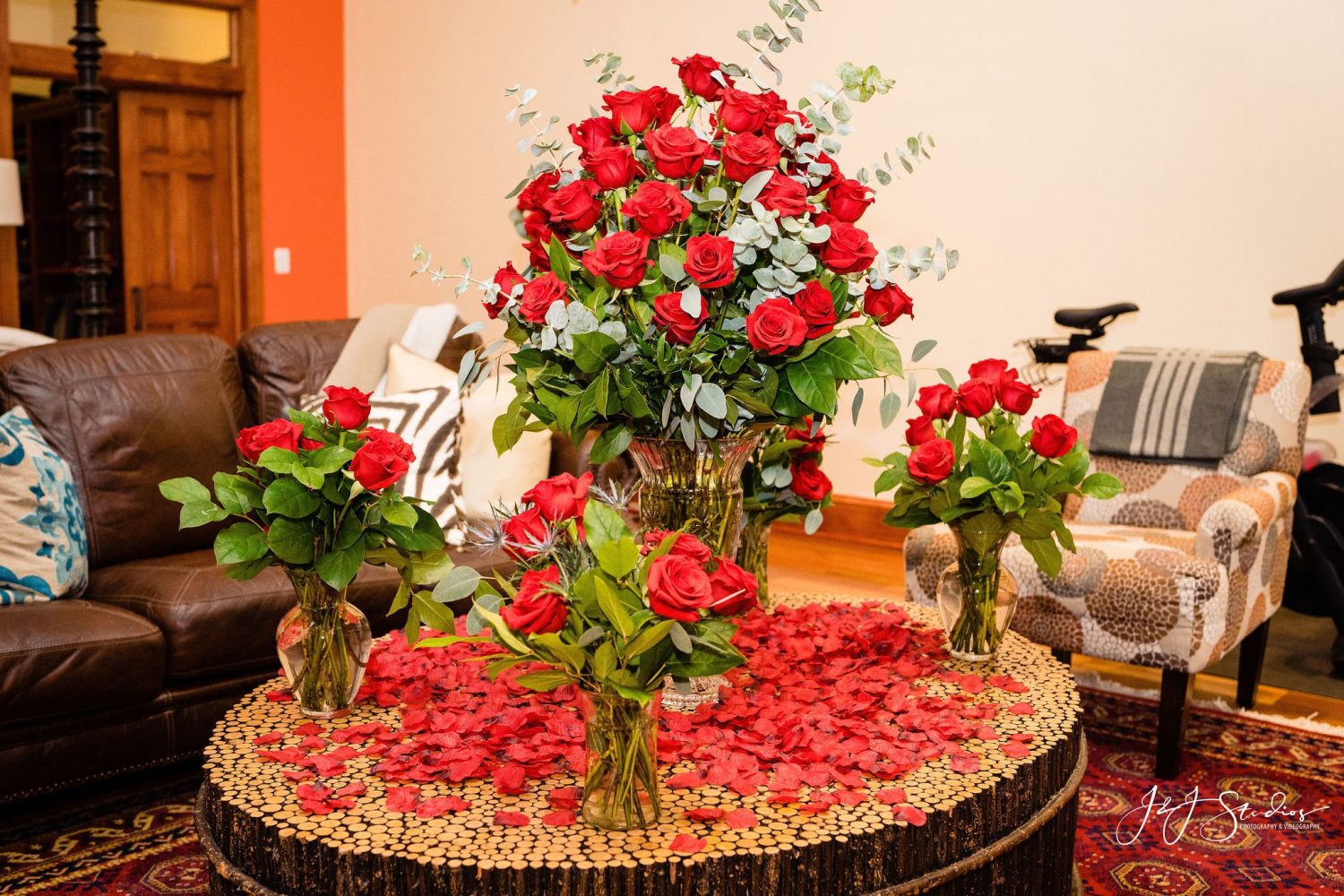 The best part is that Meredith had no idea that Todd had planned this entire day out just for her. Amazing, right? I shot some pictures of the roses set up in their home before Meredith arrived.

Like seriously – he hit the ball out of the park! This had everyone swooning. 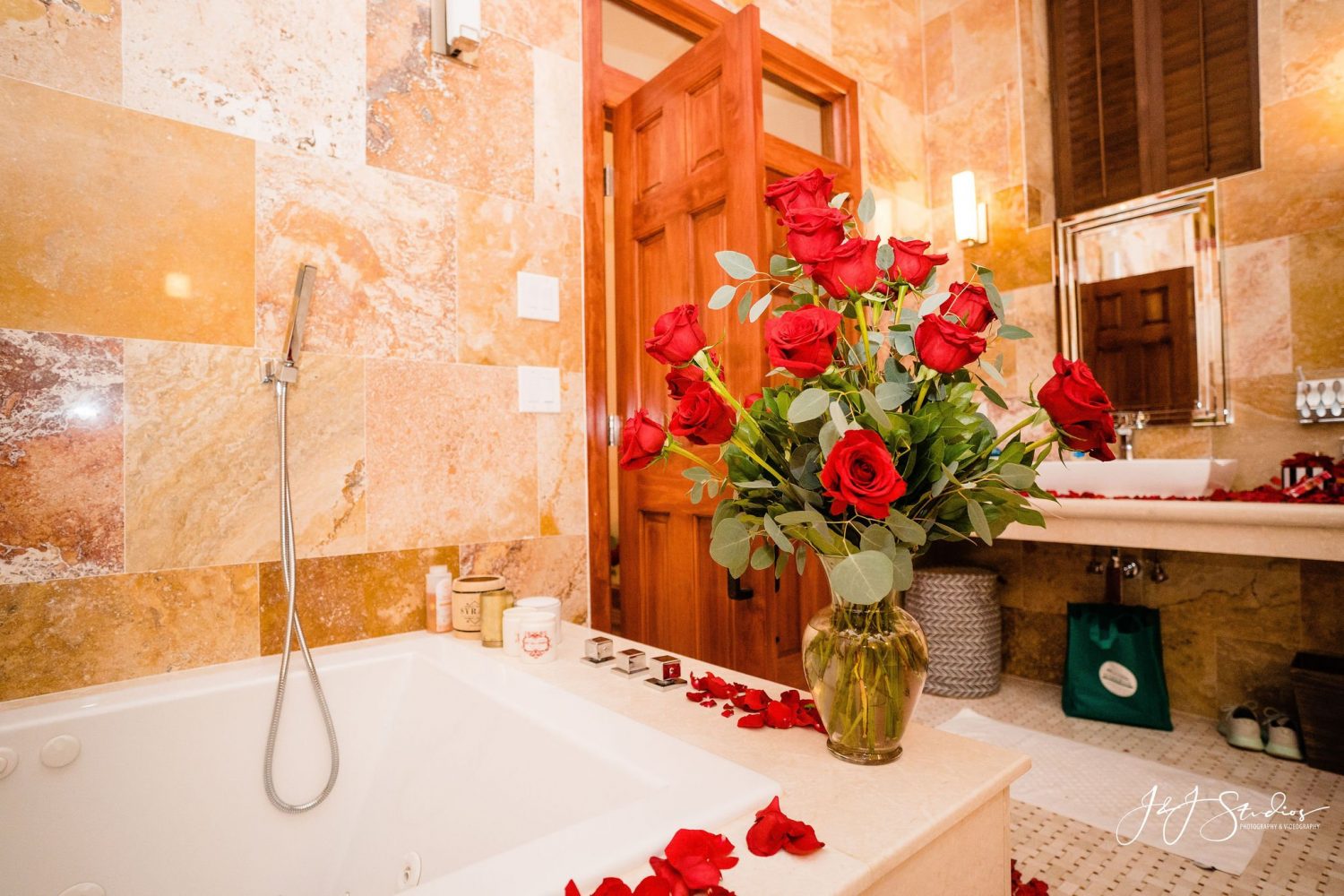 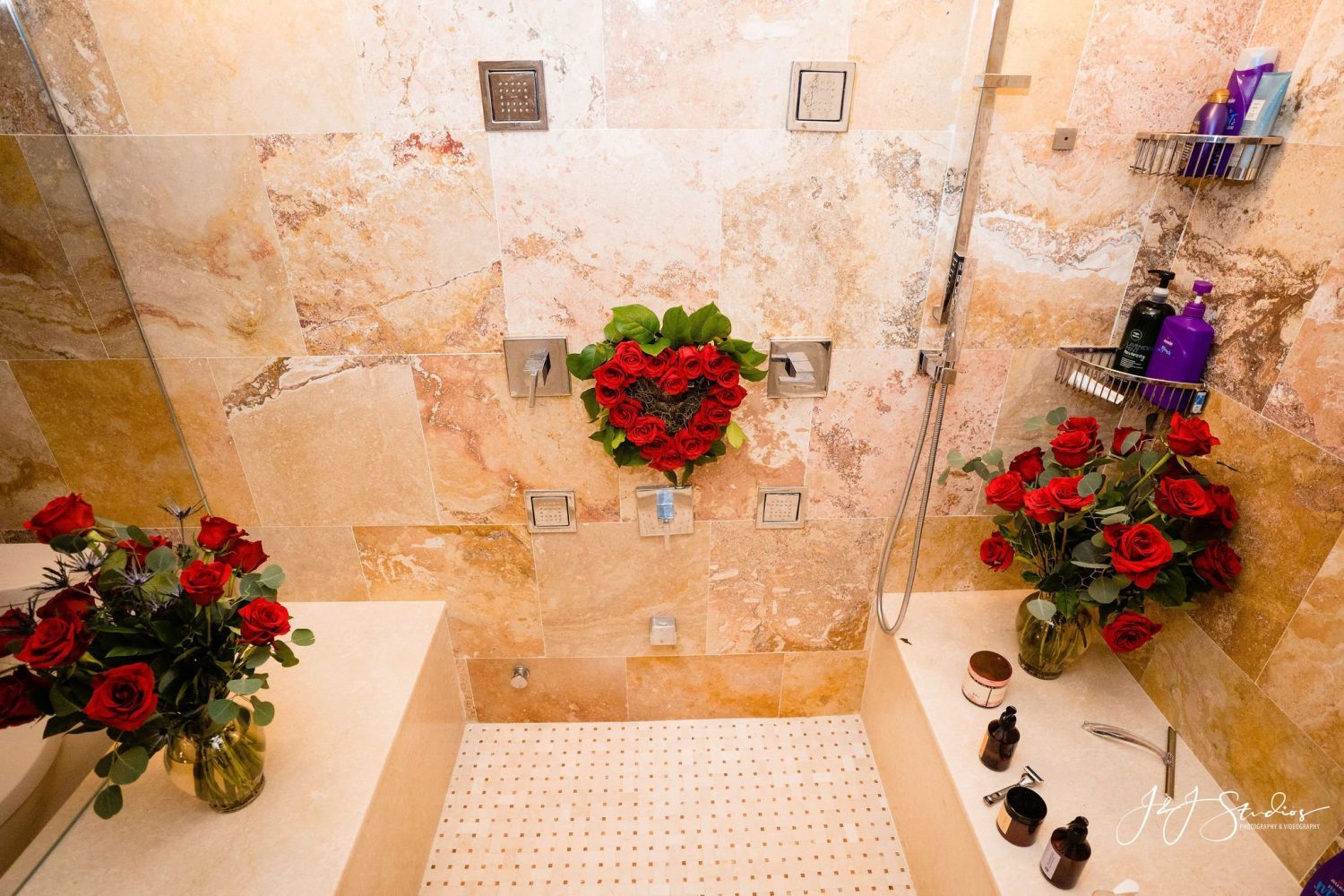 Afterward, we headed back to Coco Blue Spruce to pick up Meredith. Seeing the confused, eager look on Meredith’s face was positively priceless. Meredith was directed to keep wearing her blindfold before Todd fetched her. She had absolutely no idea that Todd was in the car. I enjoyed every moment of the session because we got to take amazing, authentic, and candid pictures. Everything was in the moment and genuine.

We headed to Union League, where Todd searched for the perfect place to propose and capture some magical photos. Still blindfolded, Meredith’s friend slowly guided her into the same room where Todd awaited her. When she removed her blindfold, she saw Todd kneeling down on his knee, ready to propose to the woman of his dreams. Meredith felt an overwhelming wave of emotions and joy come over her, and she began to tear up. Todd told her that he had been waiting for a very long time to make her his wife. He then popped the big question and asked Meridith to marry him. Everything lined up just the way he had planned! 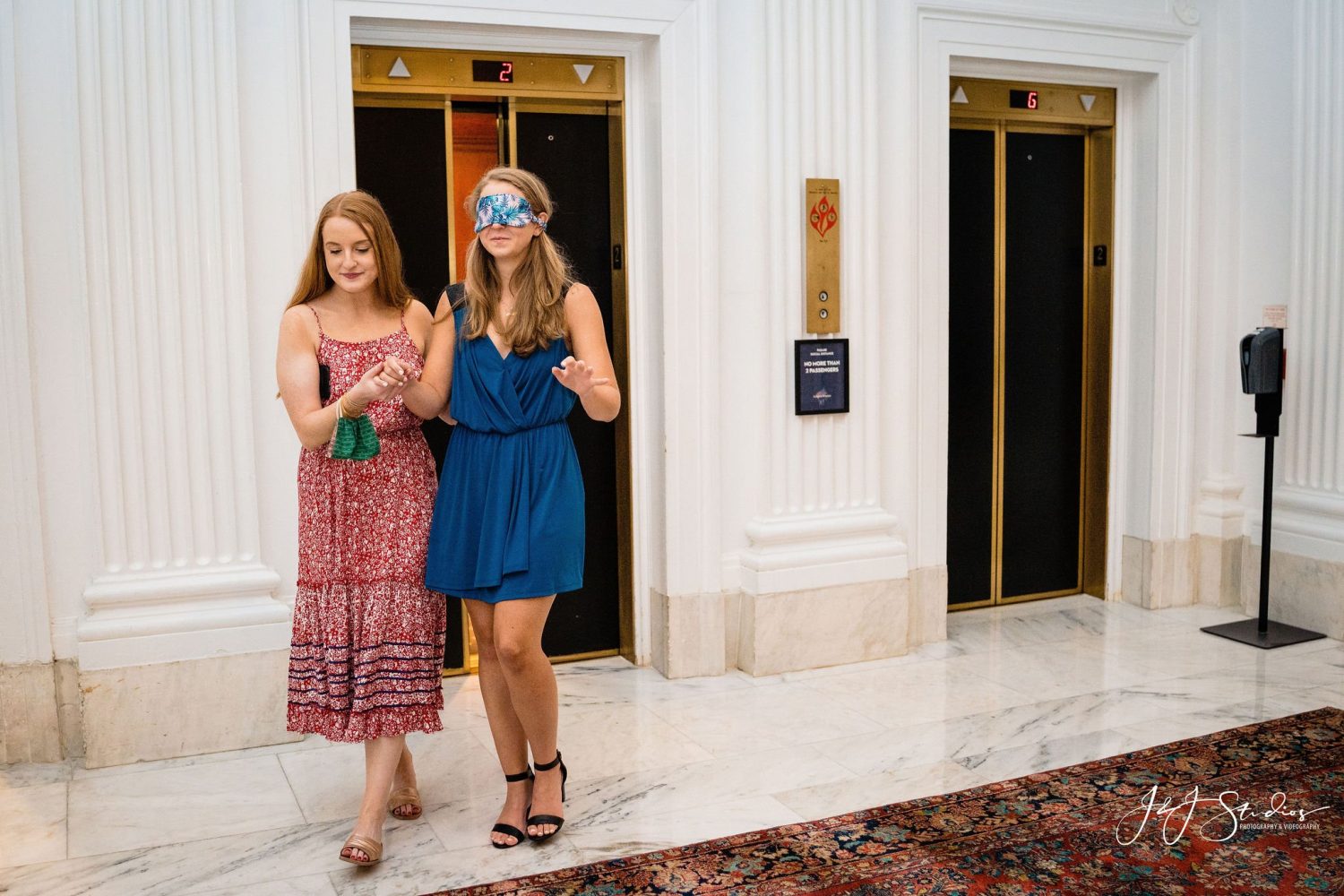 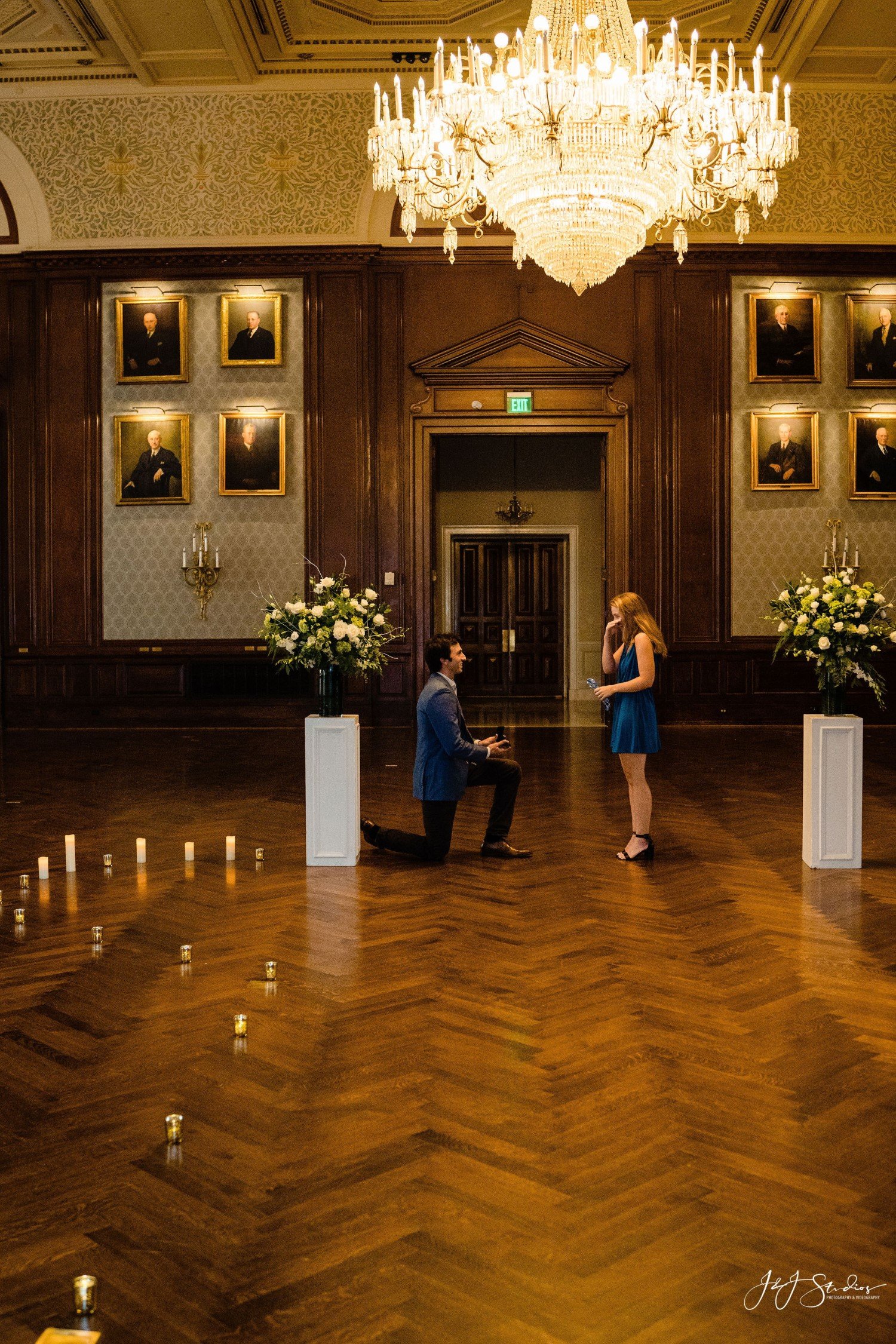 After she enthusiastically said yes, Todd took Meridith’s hand and lead her to a room where he set up a video projector. There he played a heartwarming video of her family and friends congratulating the happy couple on their engagement. And my favorite part about this – Chris Harrison (the host of The Bachelor!!) made an appearance via Cameo to congratulate both of them. How cool is that? 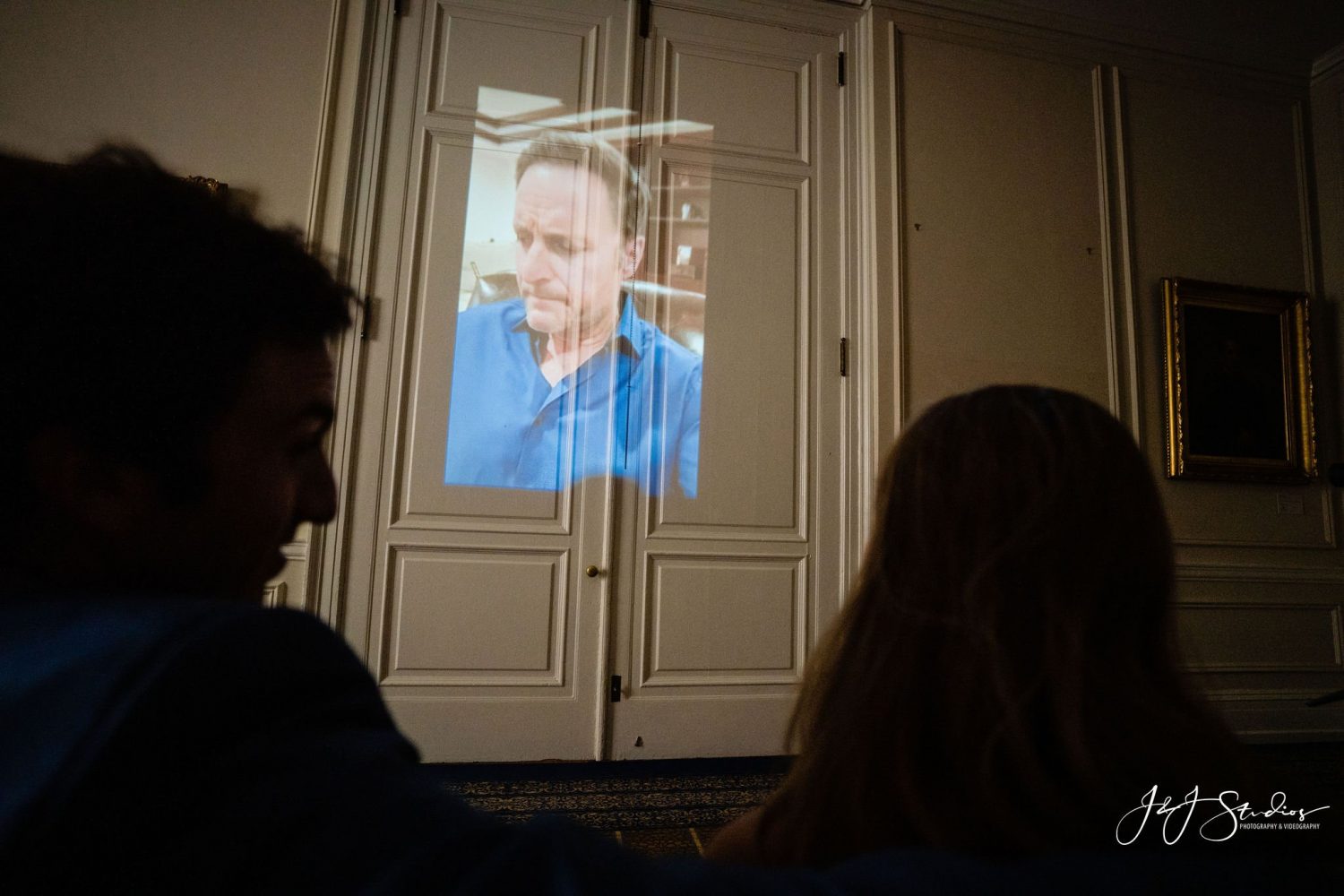 We ended off the day with the newly engaged couple, hand-in-hand taking a romantic stroll through the city of Philadelphia while I captured the rest of the day with some natural, candid photos to honor the memories made on this eventful day. 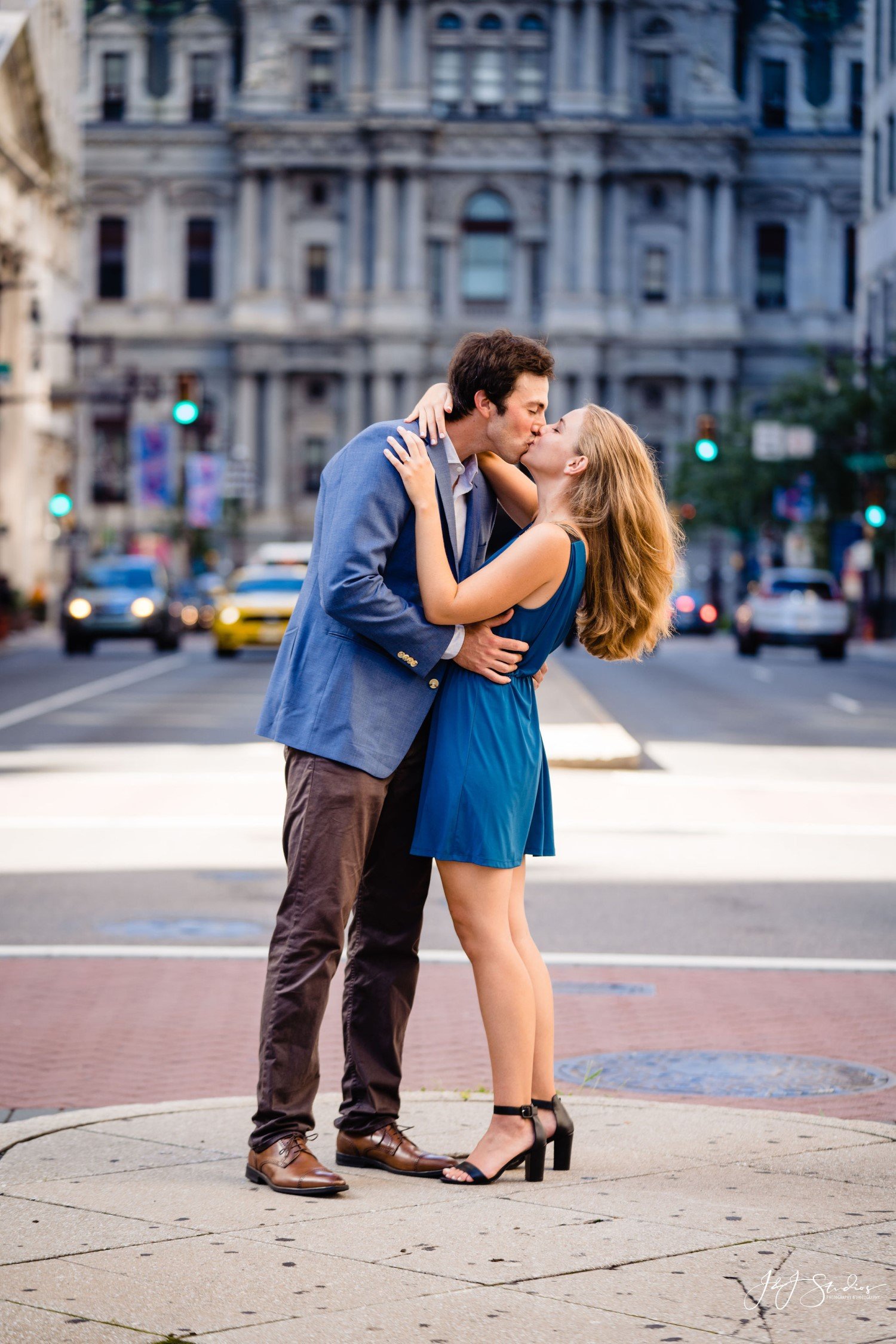 If you are looking to plan something totally epic – like this awesome surprise proposal – let’s do it! Click here to reach out to us, and we will get the ball rolling!

Until then… check out some extra photos I captured! 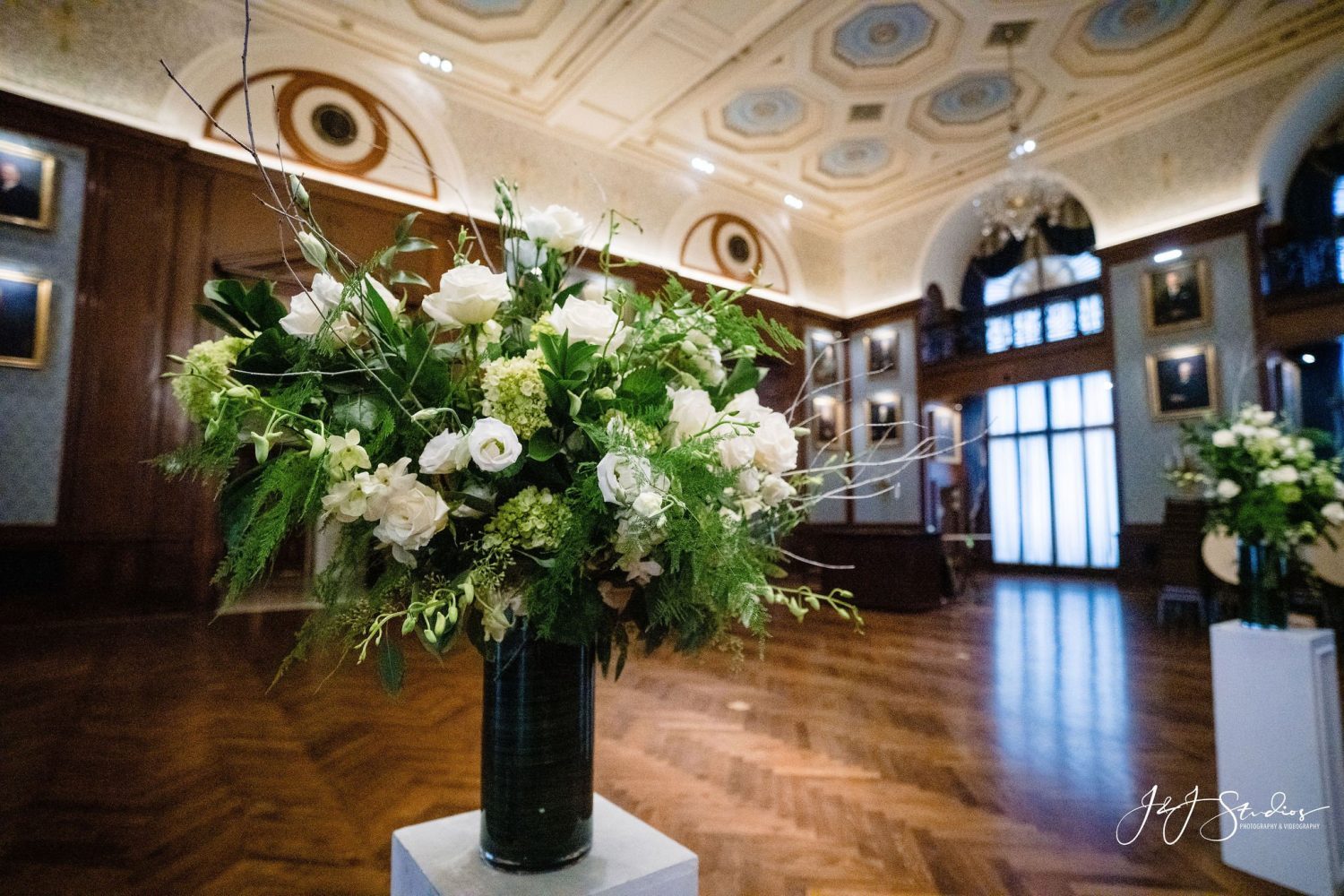 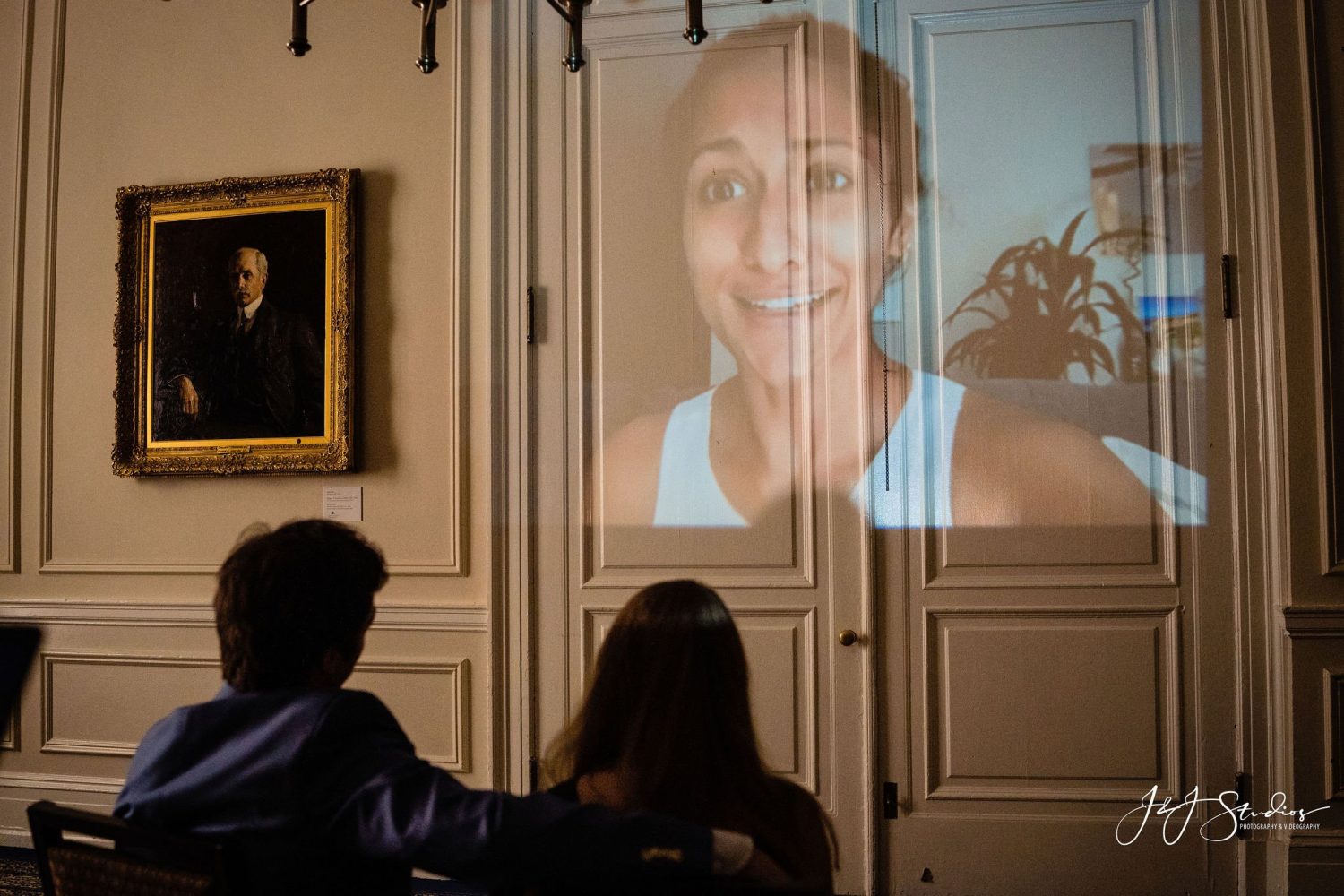 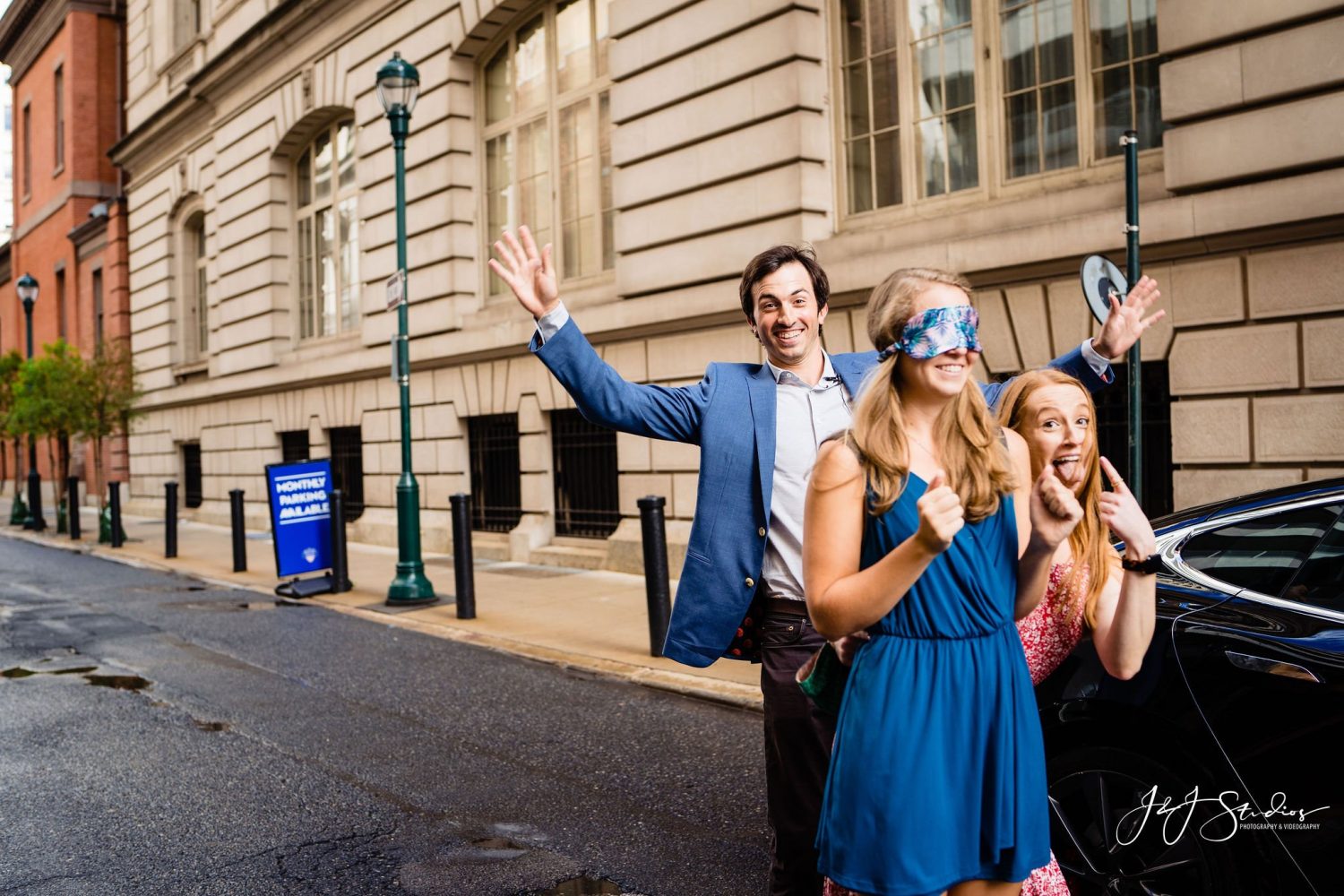 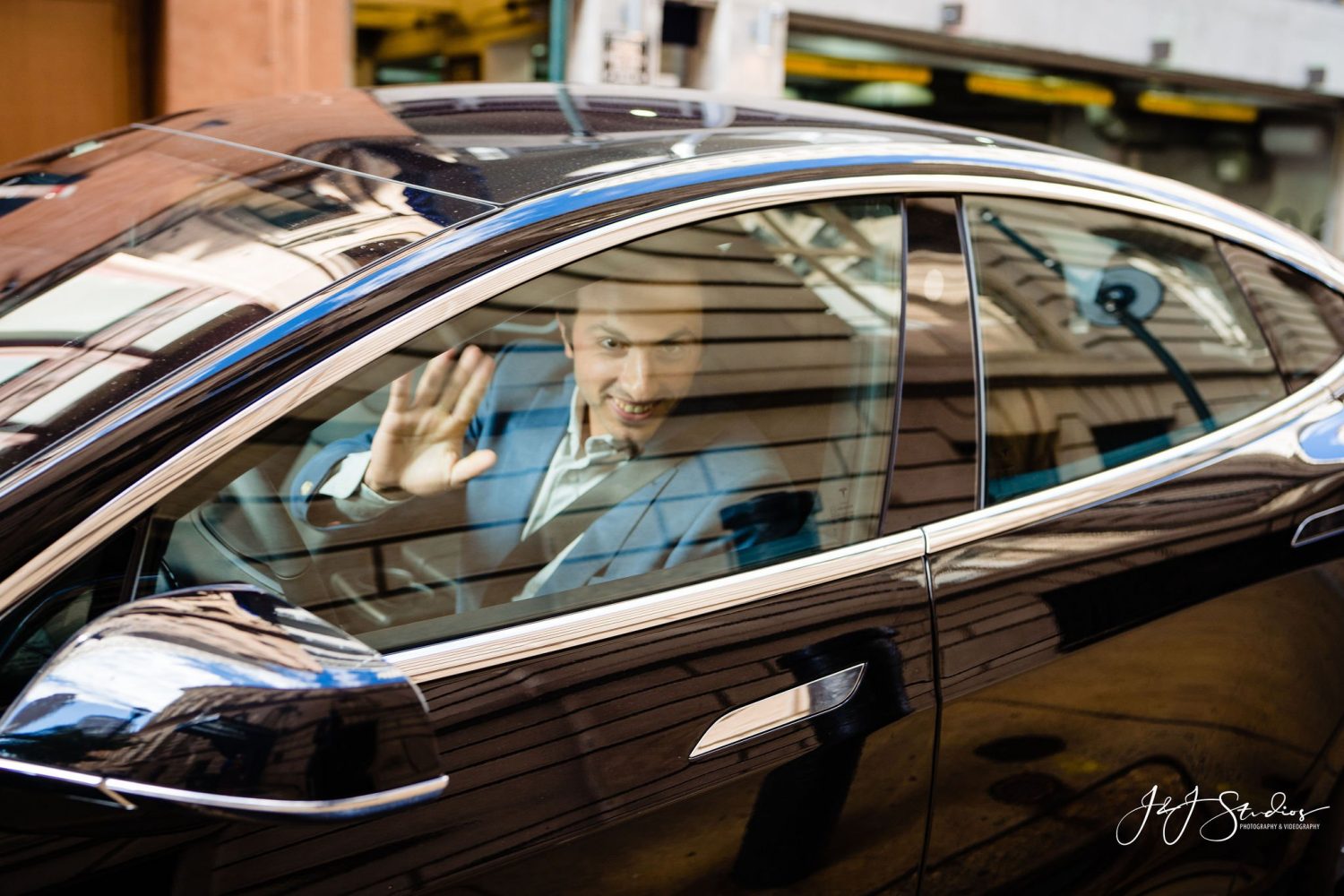 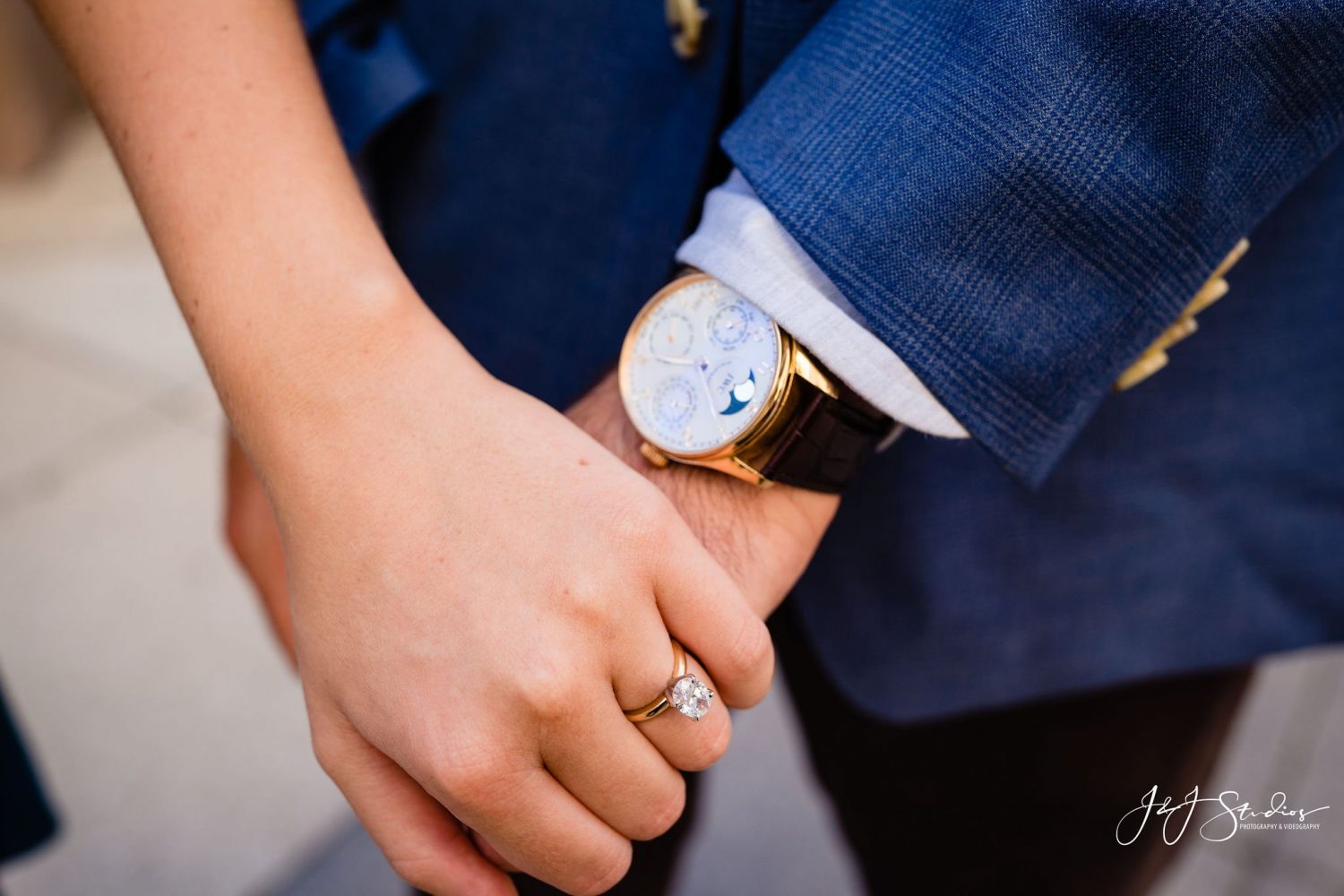 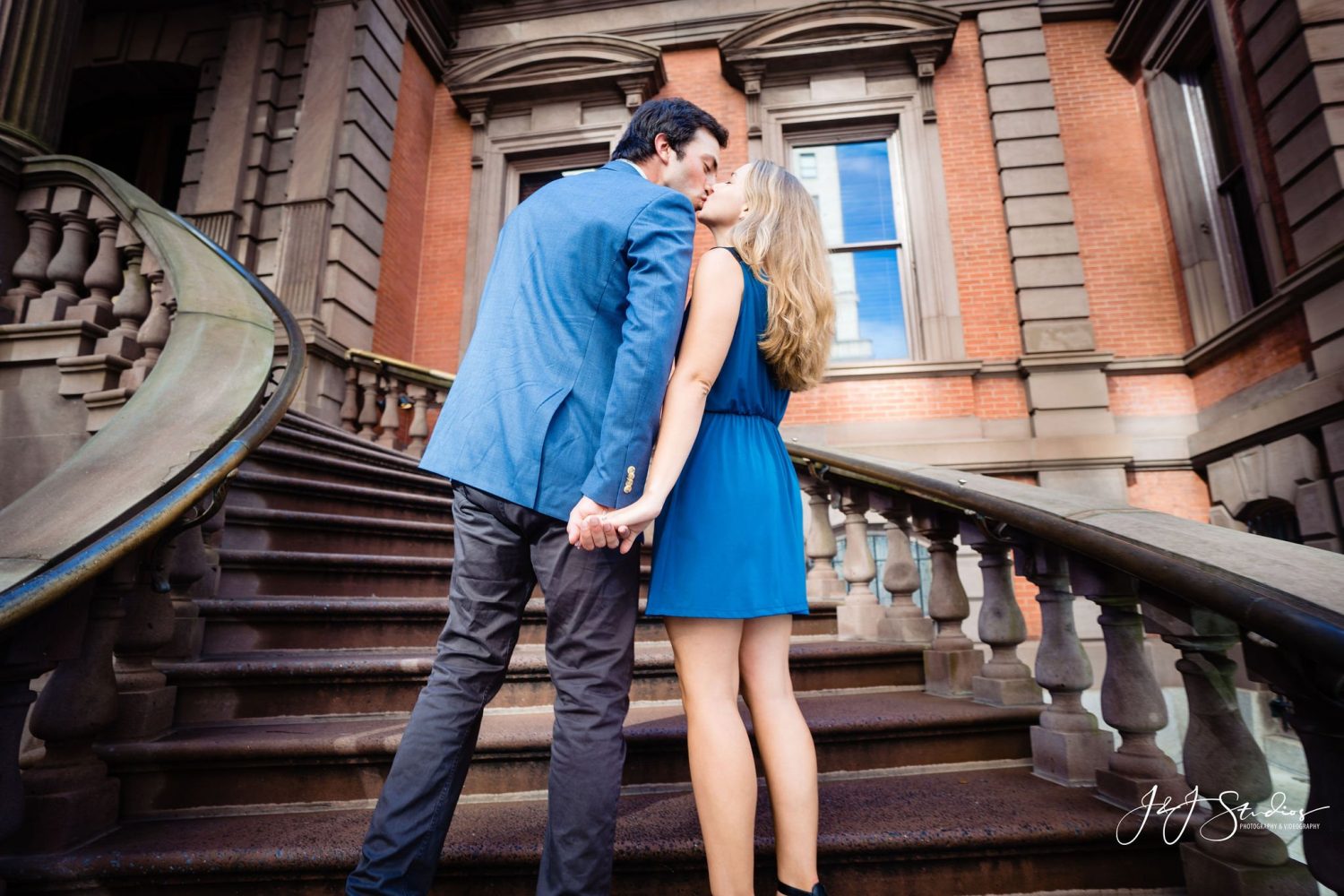