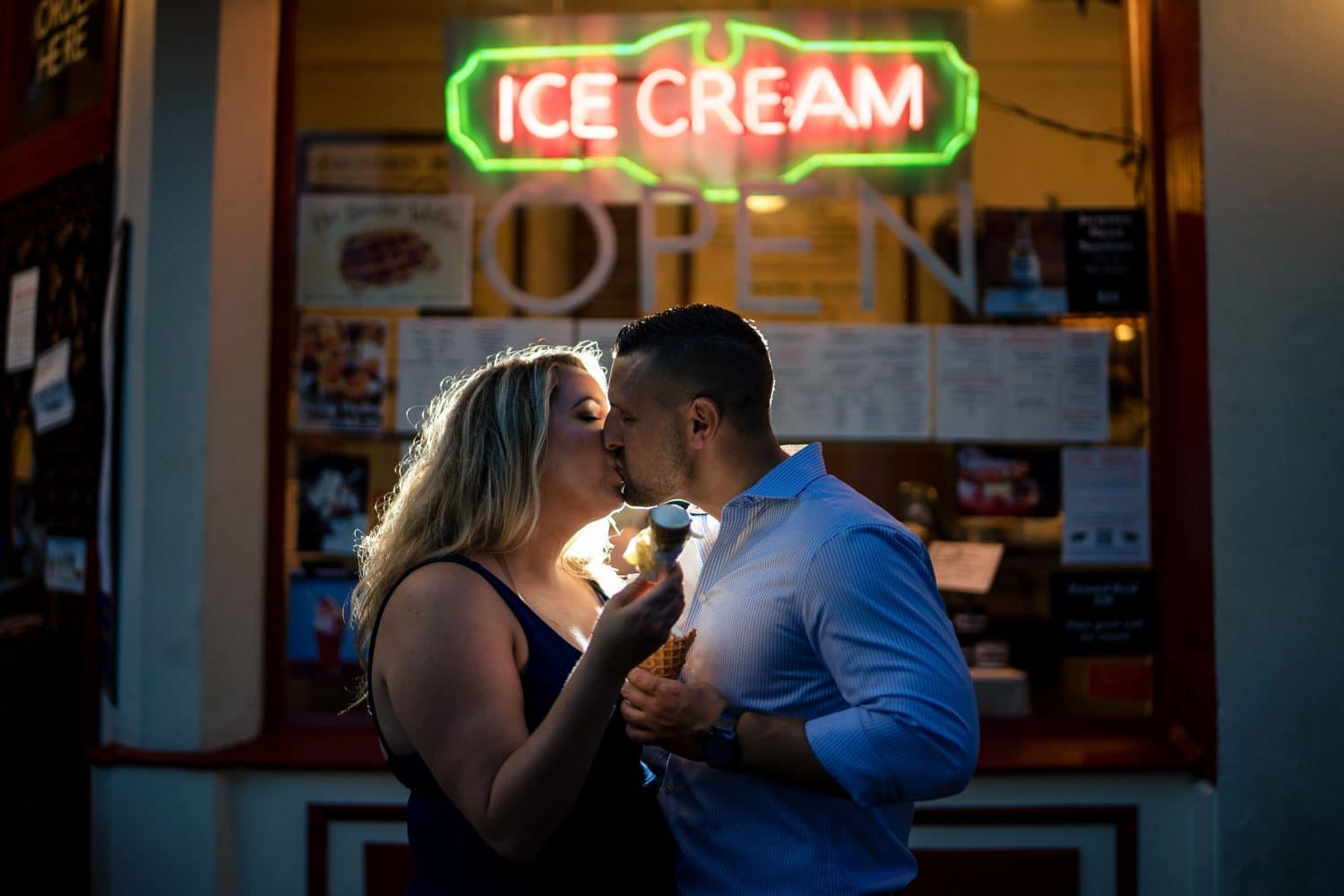 Don and Rebecca’s Philadelphia engagement session was epic. The couple reached out to J&J Studios over a month ago with a fantastic concept for the engagement shoot they wanted to take to commemorate this particular time in their lives. We were eager to help them to recreate some of their most precious moments in this shoot. This lovely couple was easy to work with, and we are privileged to be a part of their journey. 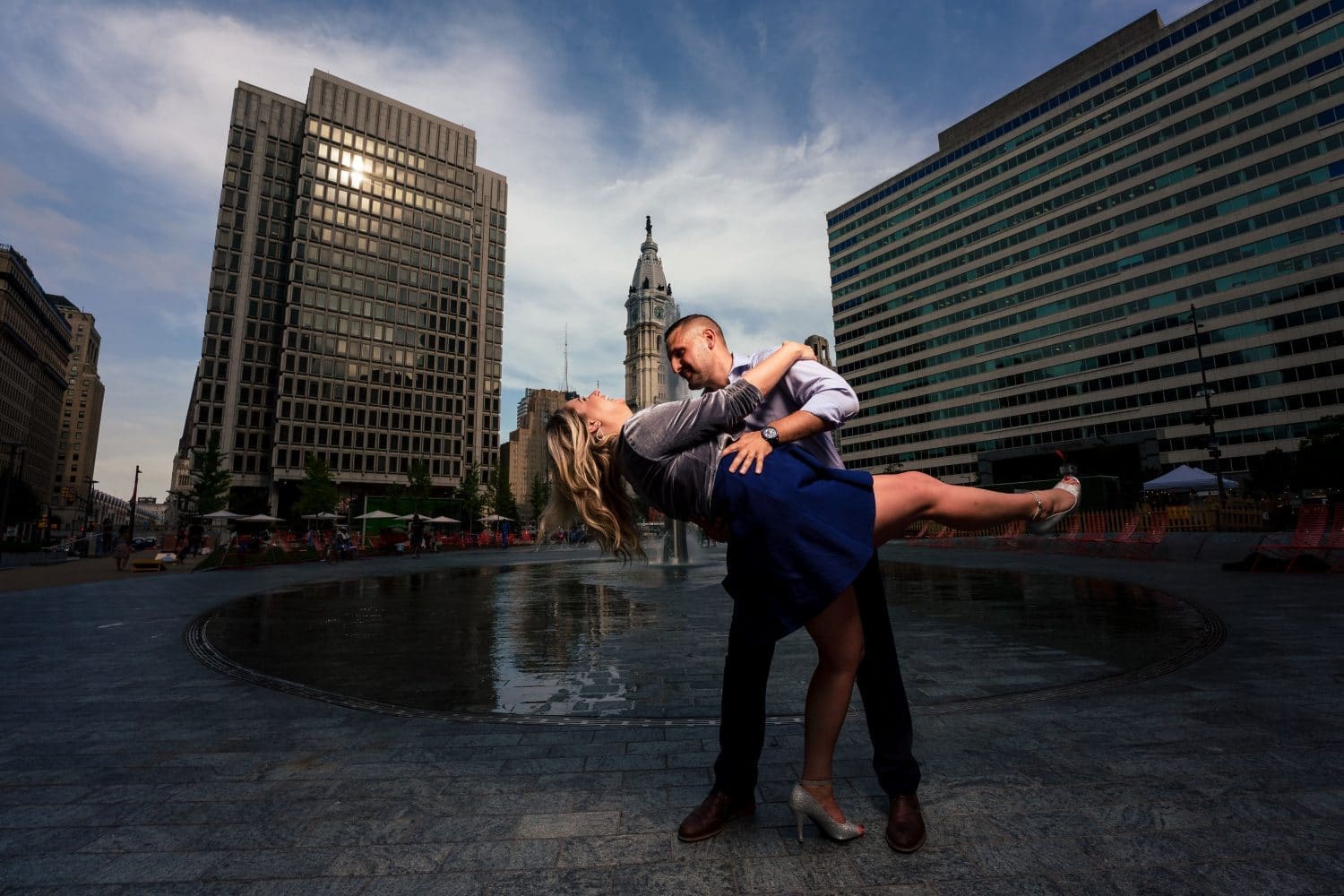 How Don and Rebecca Met

Don and Rebecca met on the internet. From the first conversation they had, there was an instant connection. After their first date, they knew that they wanted to be together. Rebecca loved that from the beginning, she could be her authentic self with Don. She describes him as the “rock to her goofy,” “We are both better together,” Rebecca said during the consultation as she told their love story.

Don’s proposal was romantic and a surprise for Rebecca. They got engaged last year during the pandemic. When Philly began to open up, they decided to do a date night in the city. Before dinner, they stopped at the Philadelphia Museum of Art. While they were there, one of the locals stopped and offered to take their picture. Although they usually decline such offers, they decided to take him up on his offer. While getting their image taken, the local told Don that he should marry her. After the impromptu shoot, Don requested one more photo. During this photo, Don got down on one knee on the Museum steps and popped the question. Everyone around them was clapping and cheering when Rebecca agreed. It was the most amazing moment of her life.

Rebecca and Don have already started the wedding planning process. They decided upon a fall wedding at the Vue on 50 with a glitz and glamour theme. 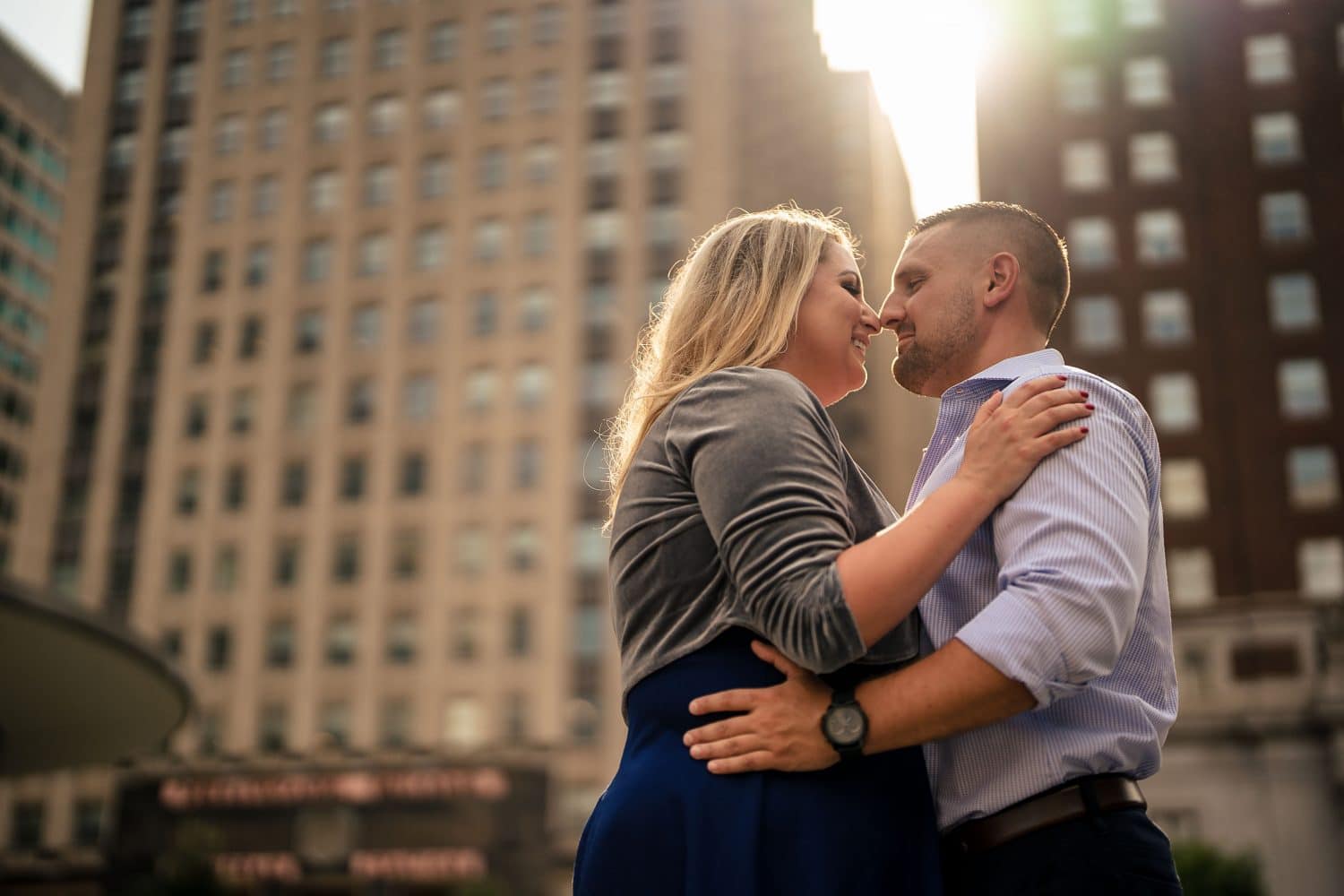 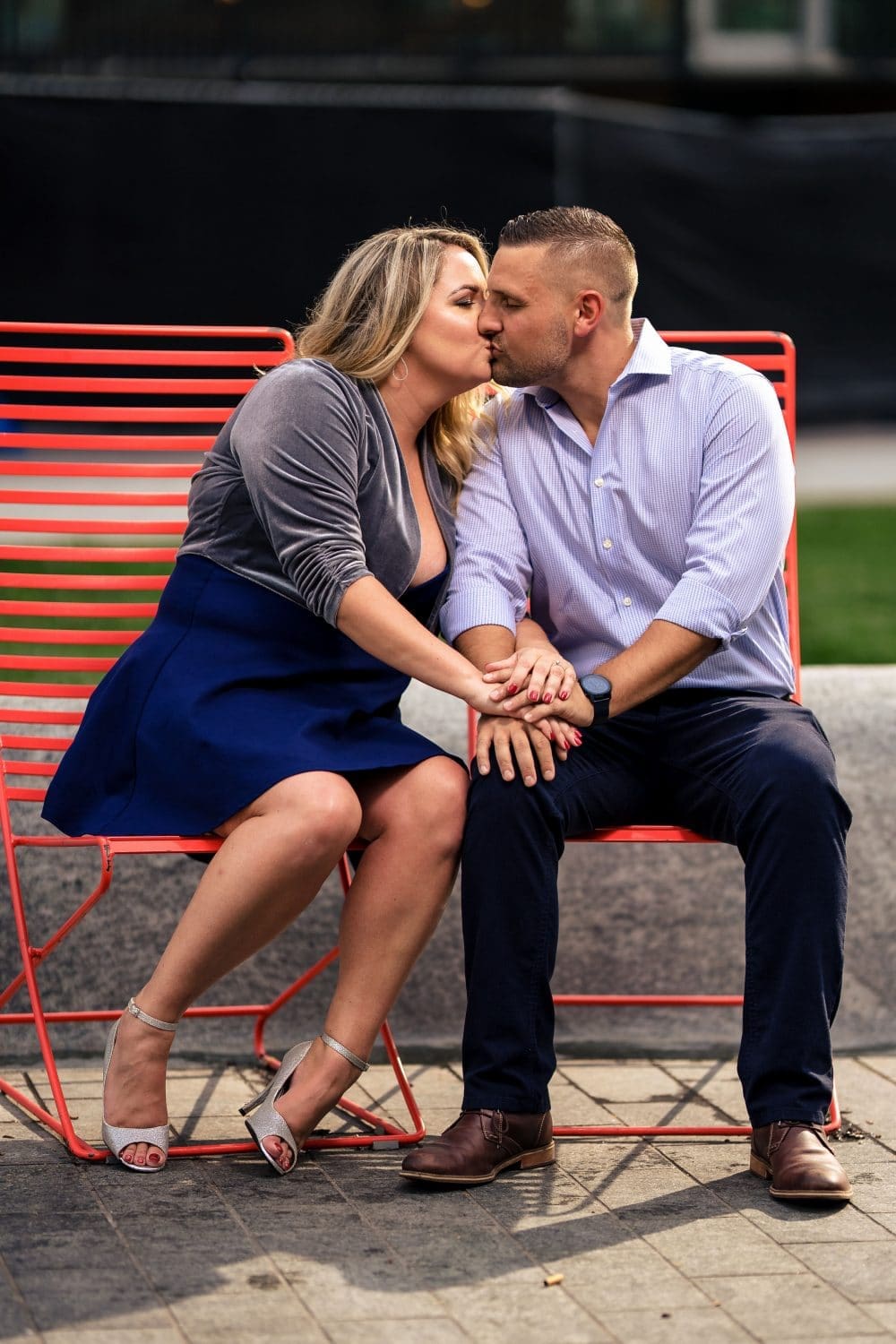 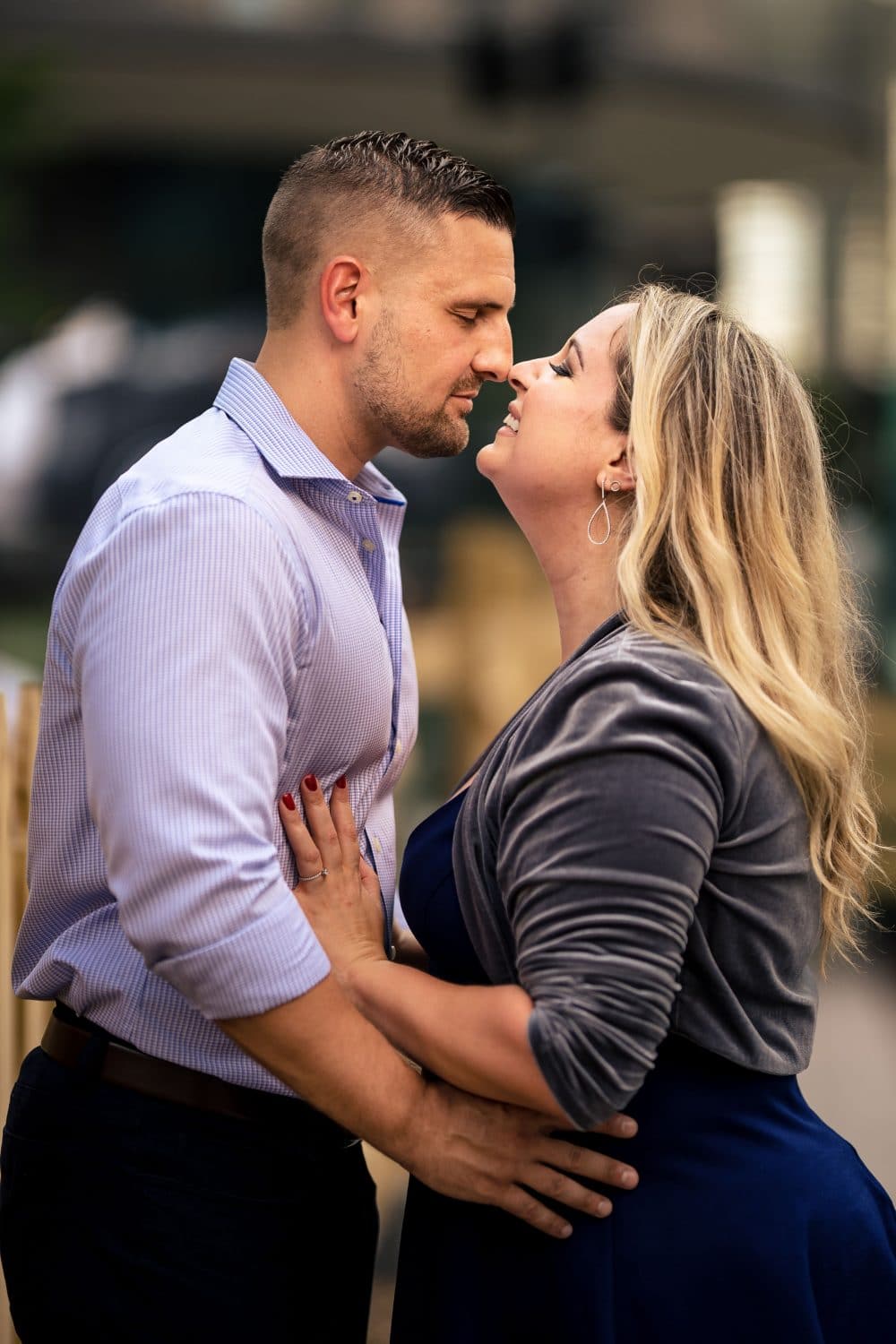 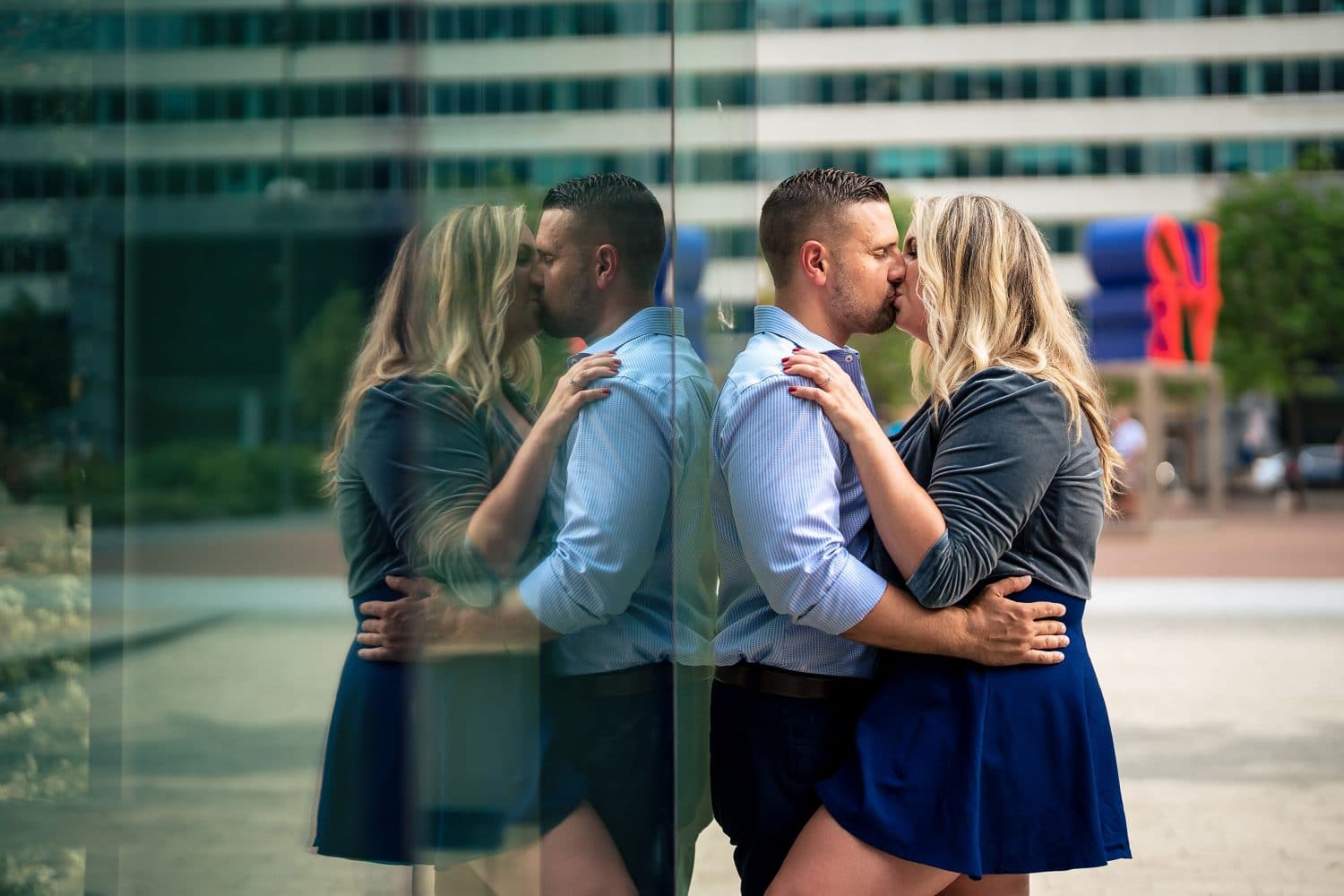 We started at Love Park. Although the park was vibrant with activity, we could still capture romantic visuals of the couple. The next stop was Franklin Fountain, a famous ice cream shop in Philadelphia. In these frames, Rebecca and Don turned up the romance. They shared an ice cream cone, and we captured them in their natural element with each other. 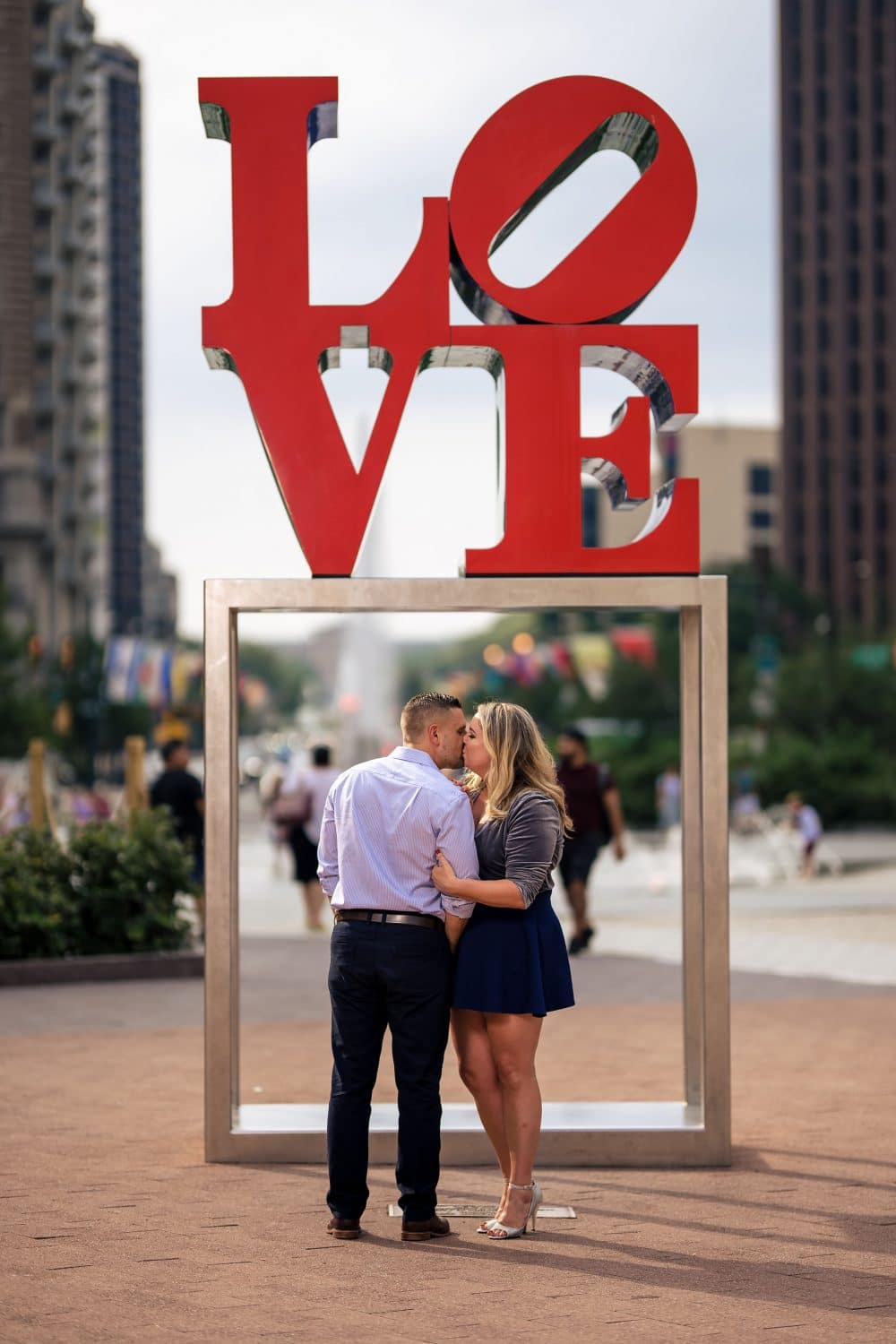 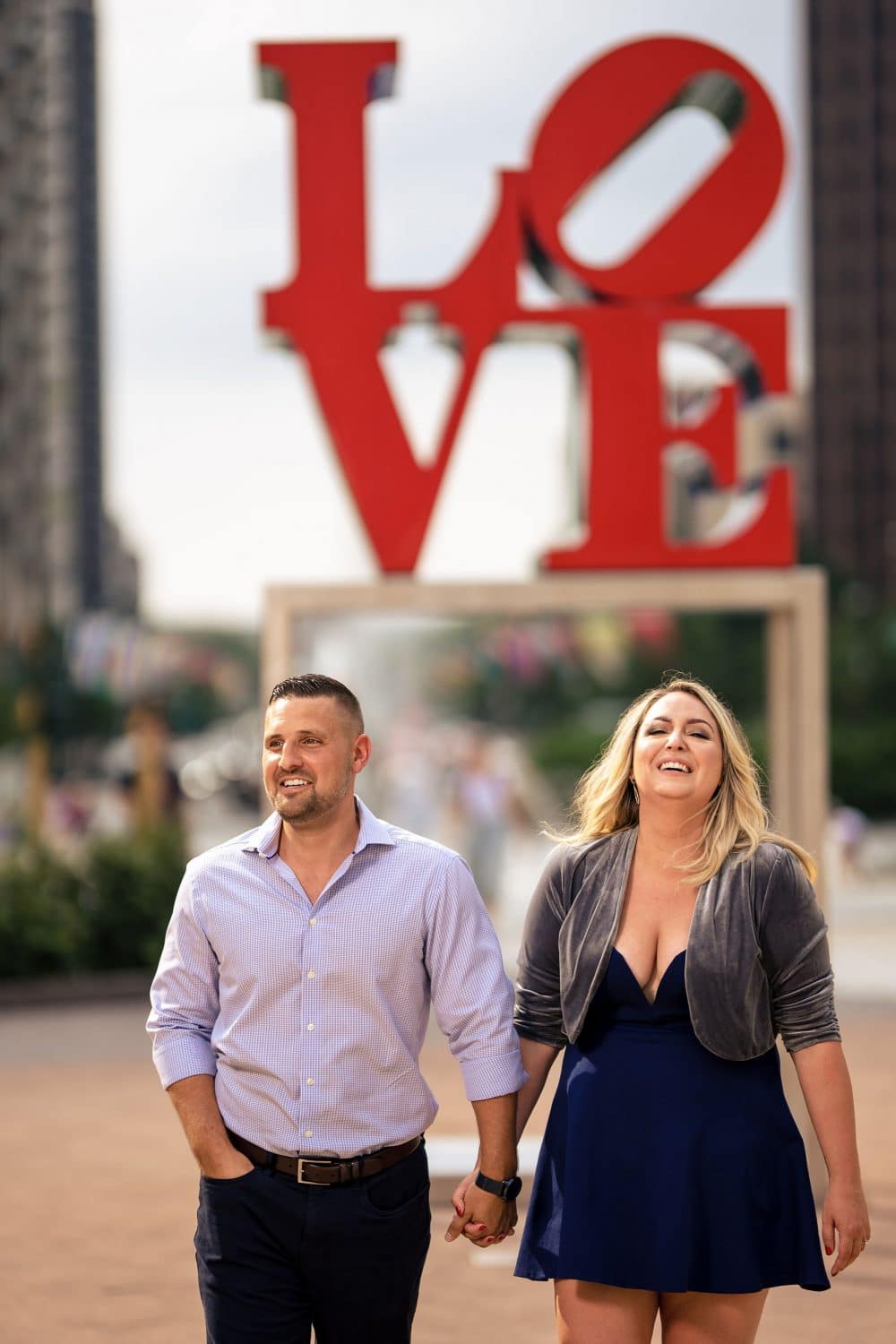 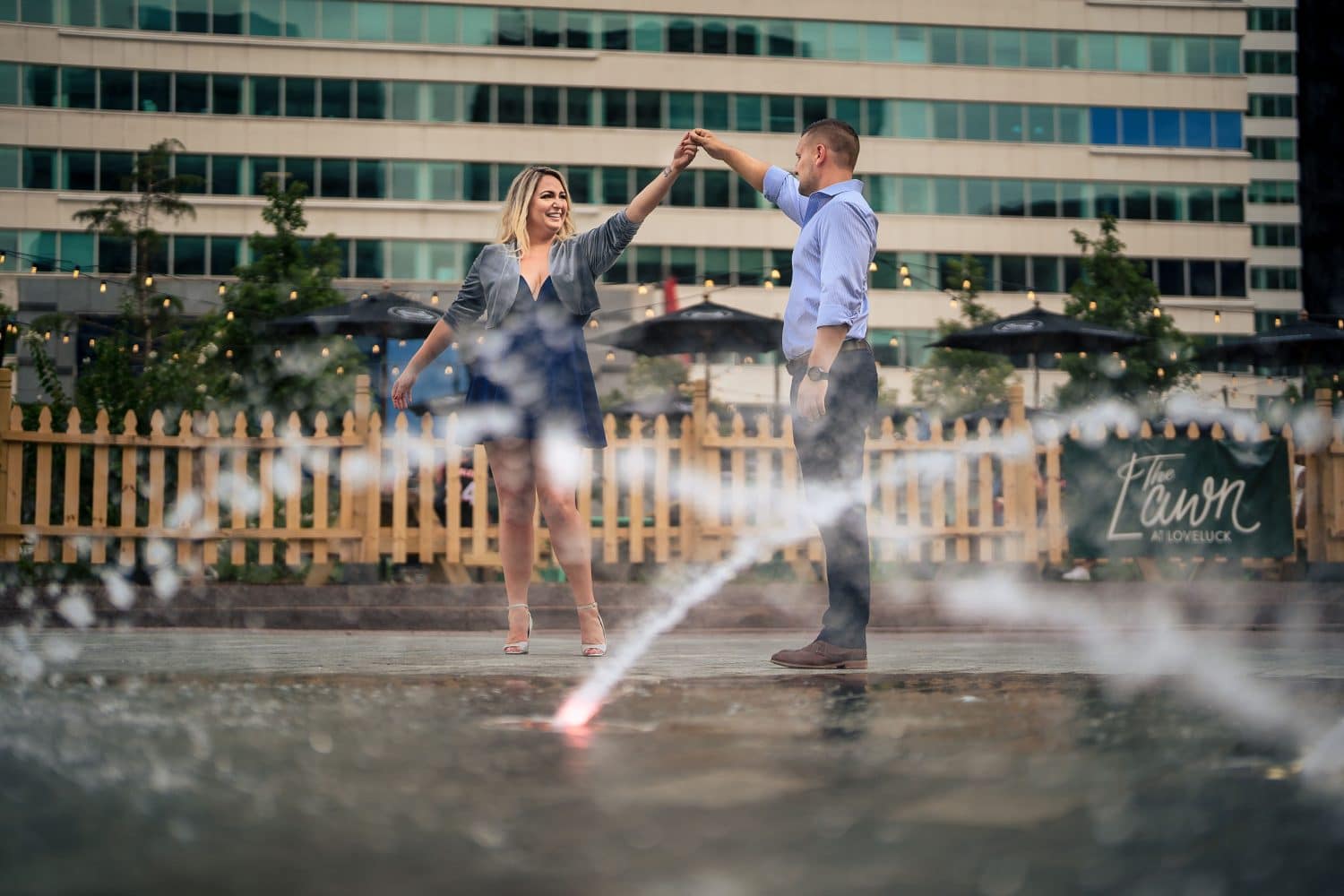 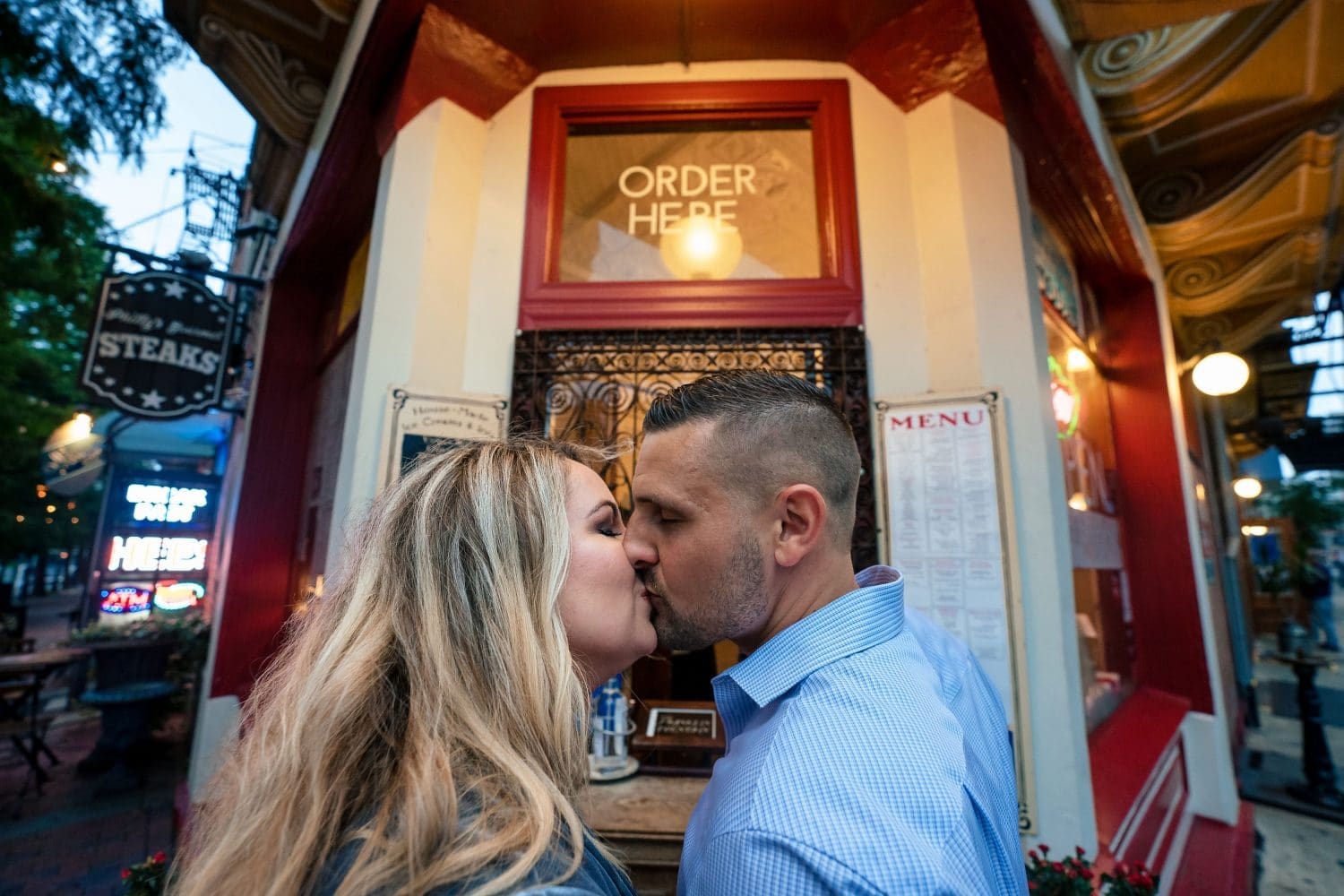 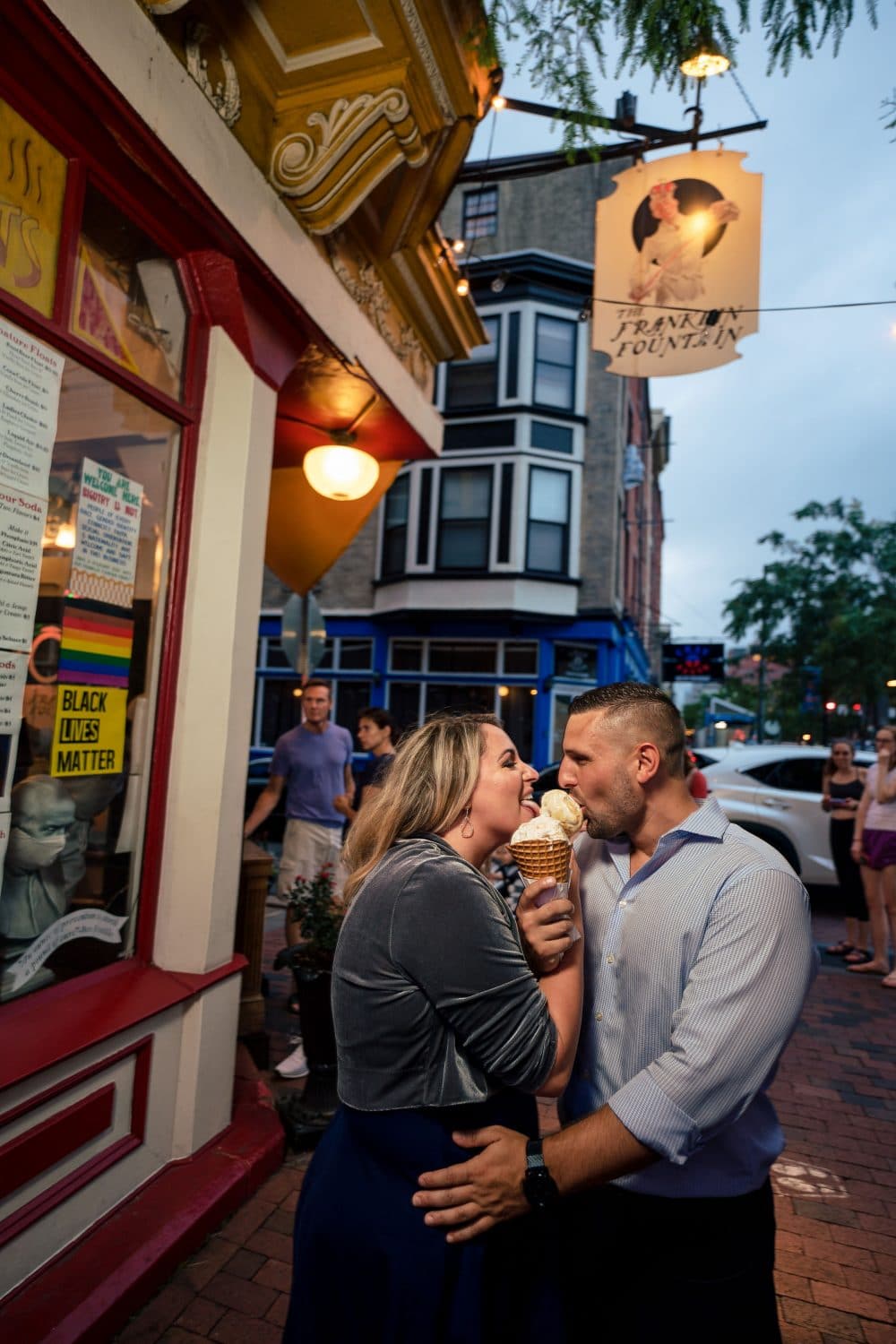 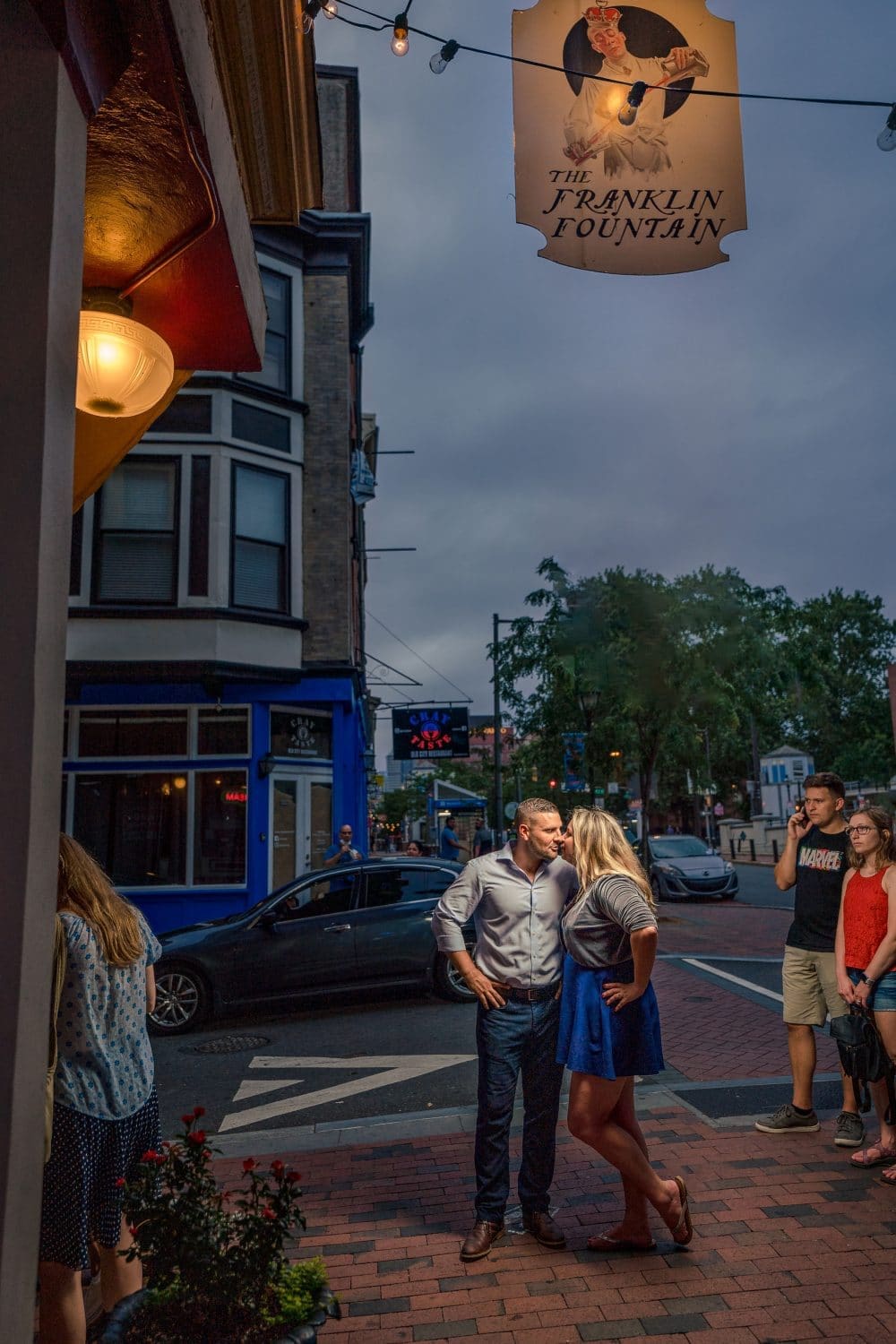 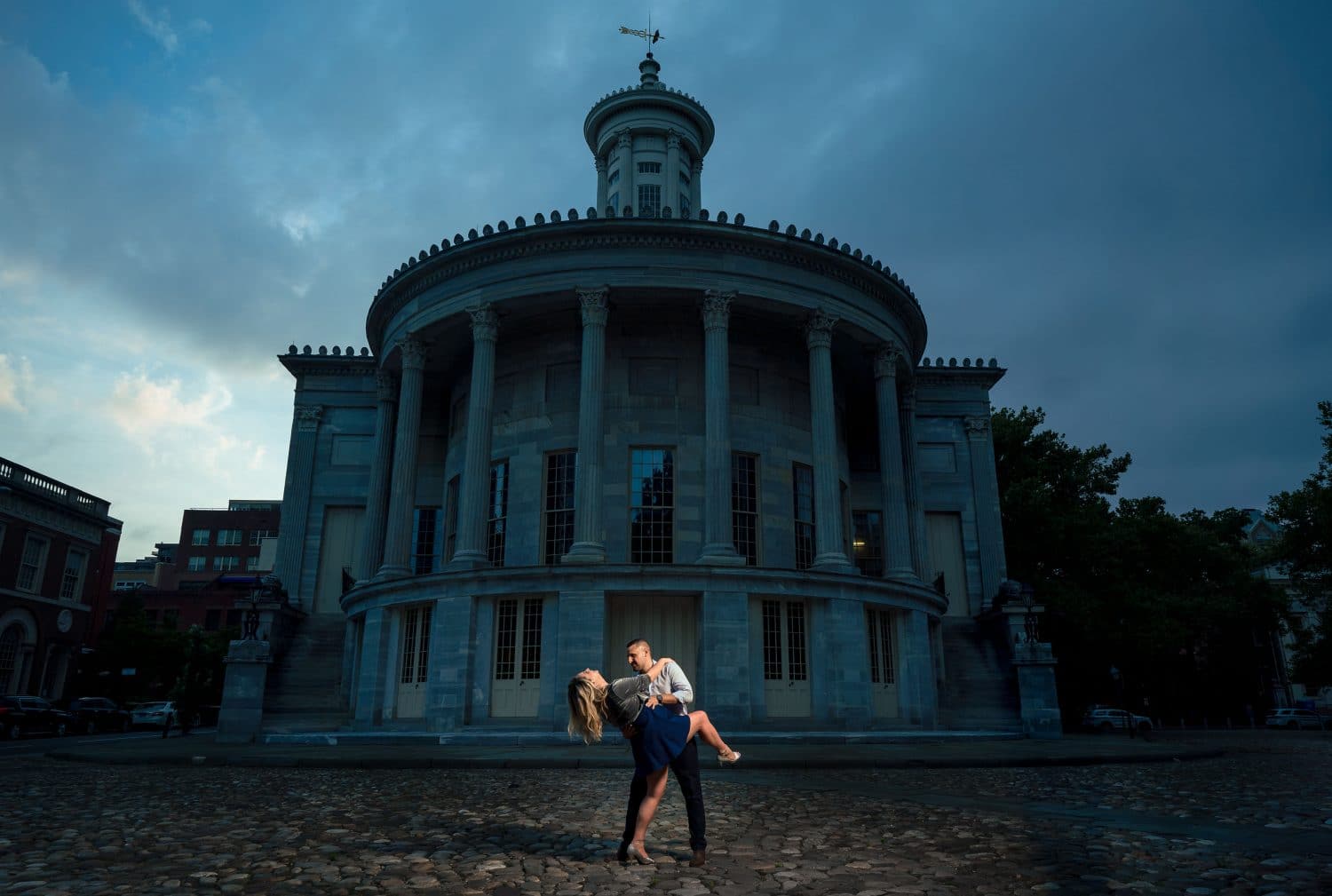 We also visited their favorite wine cellar, where we captured edgy visuals. Don and Rebecca were naturals in front of the camera. This engagement shoot was an ode to Philadelphia, where the couple’s love blossomed. 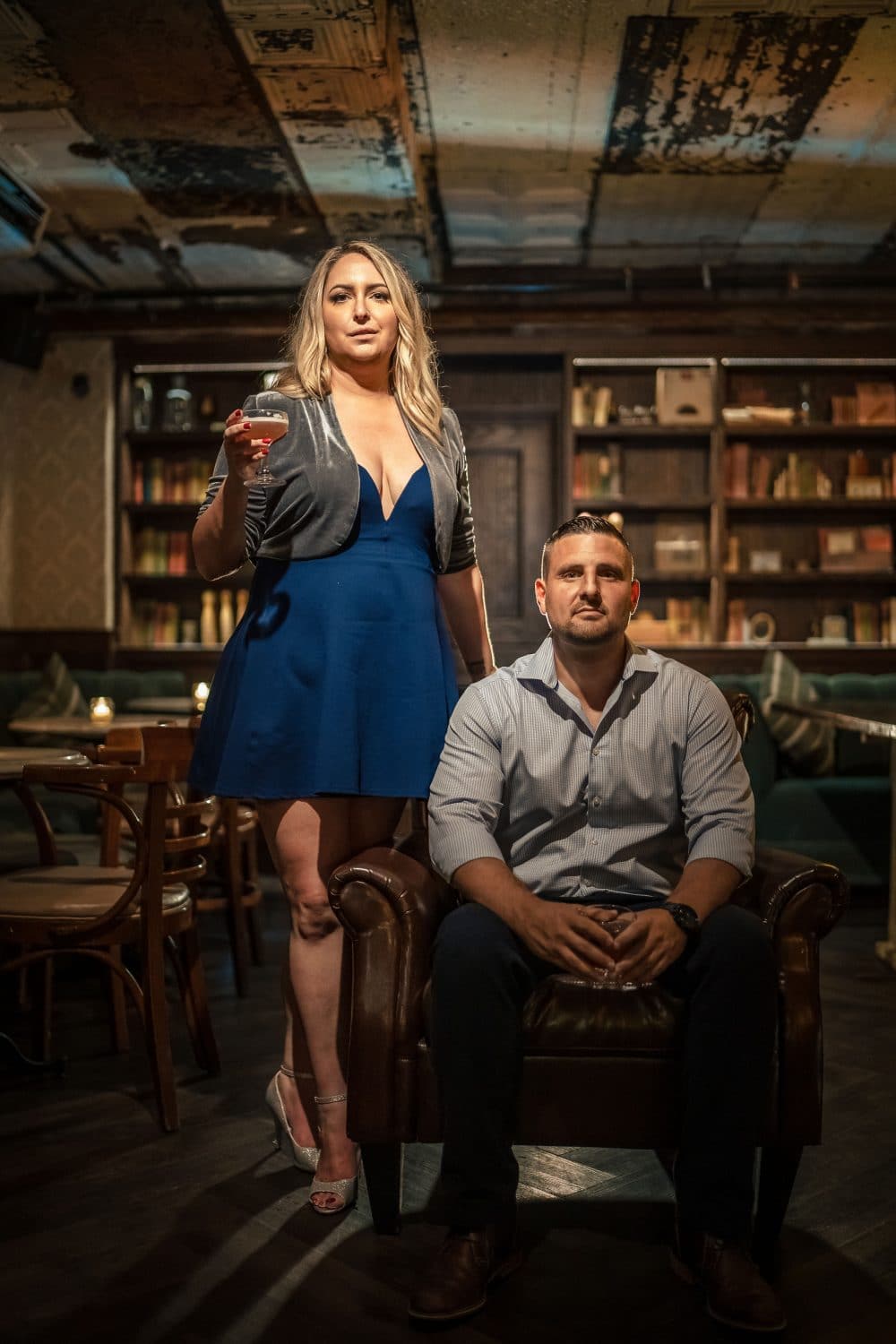 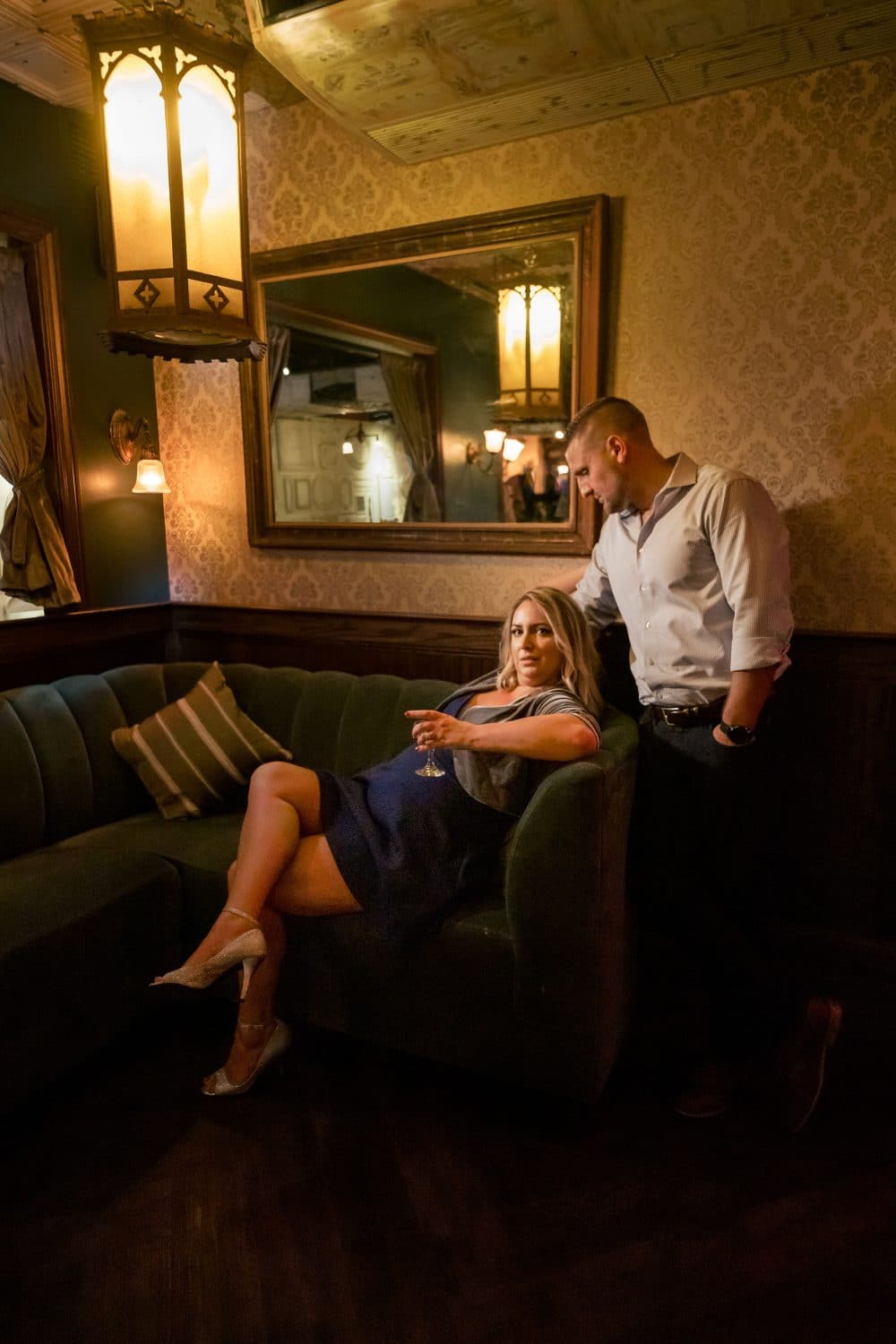 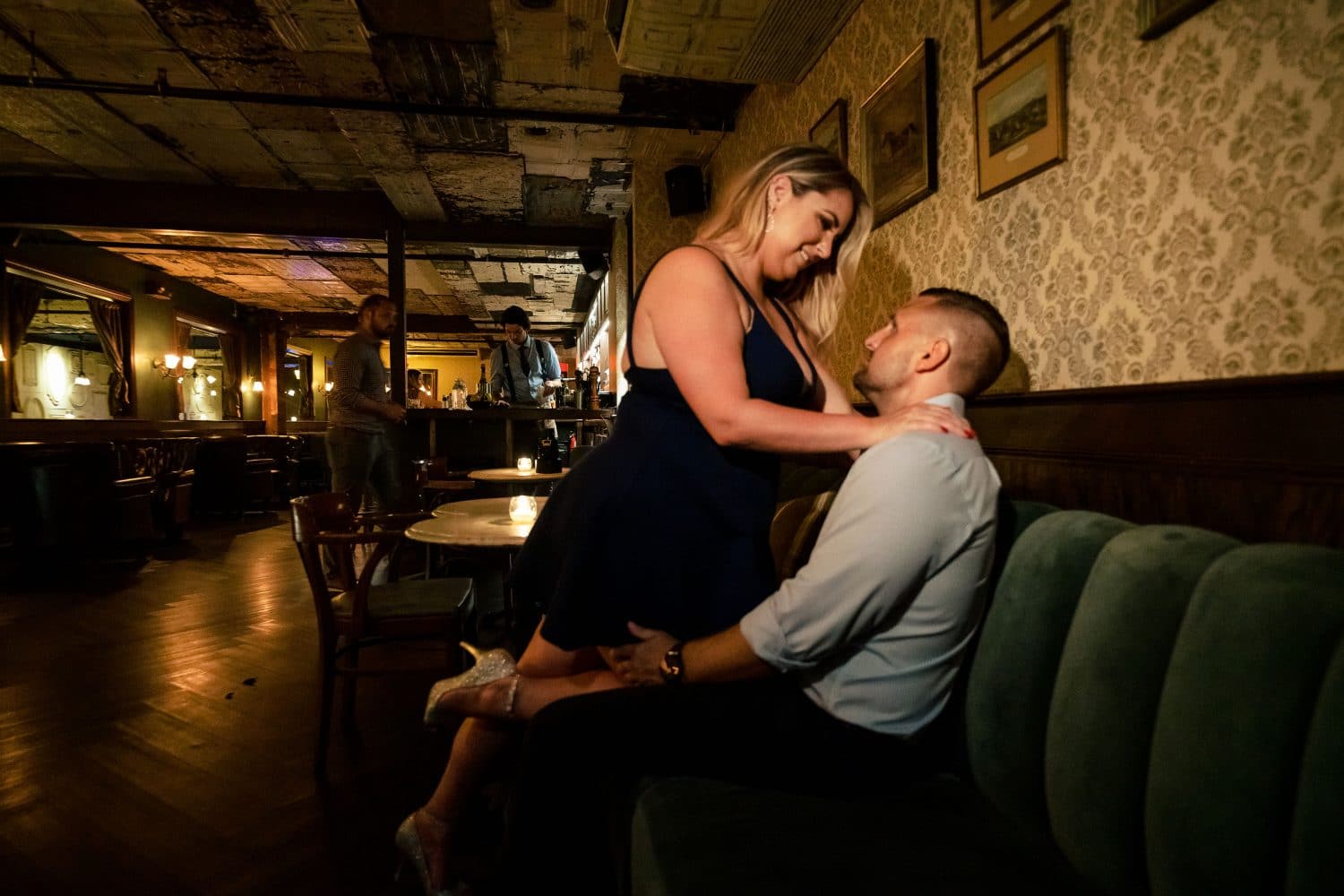 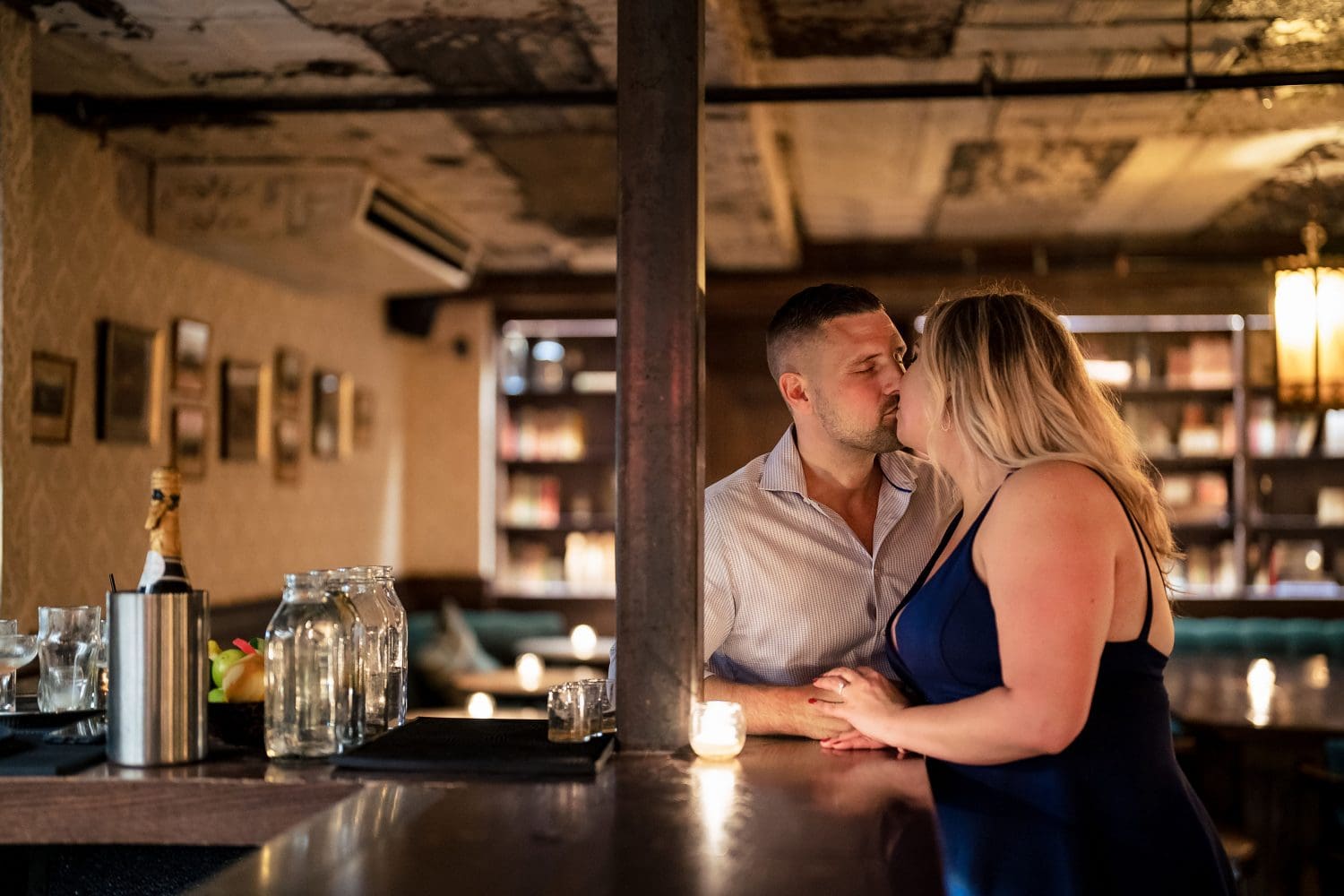 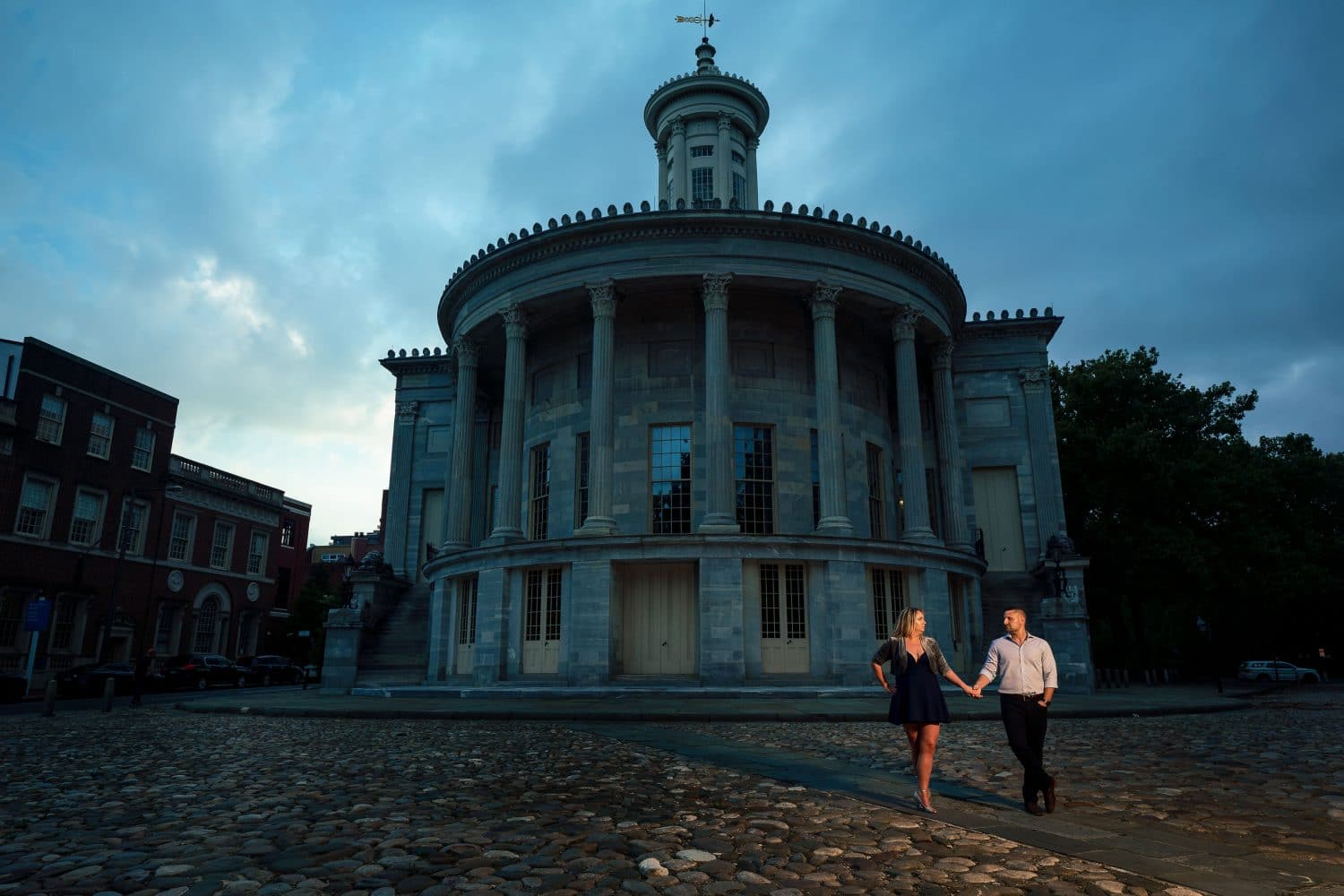 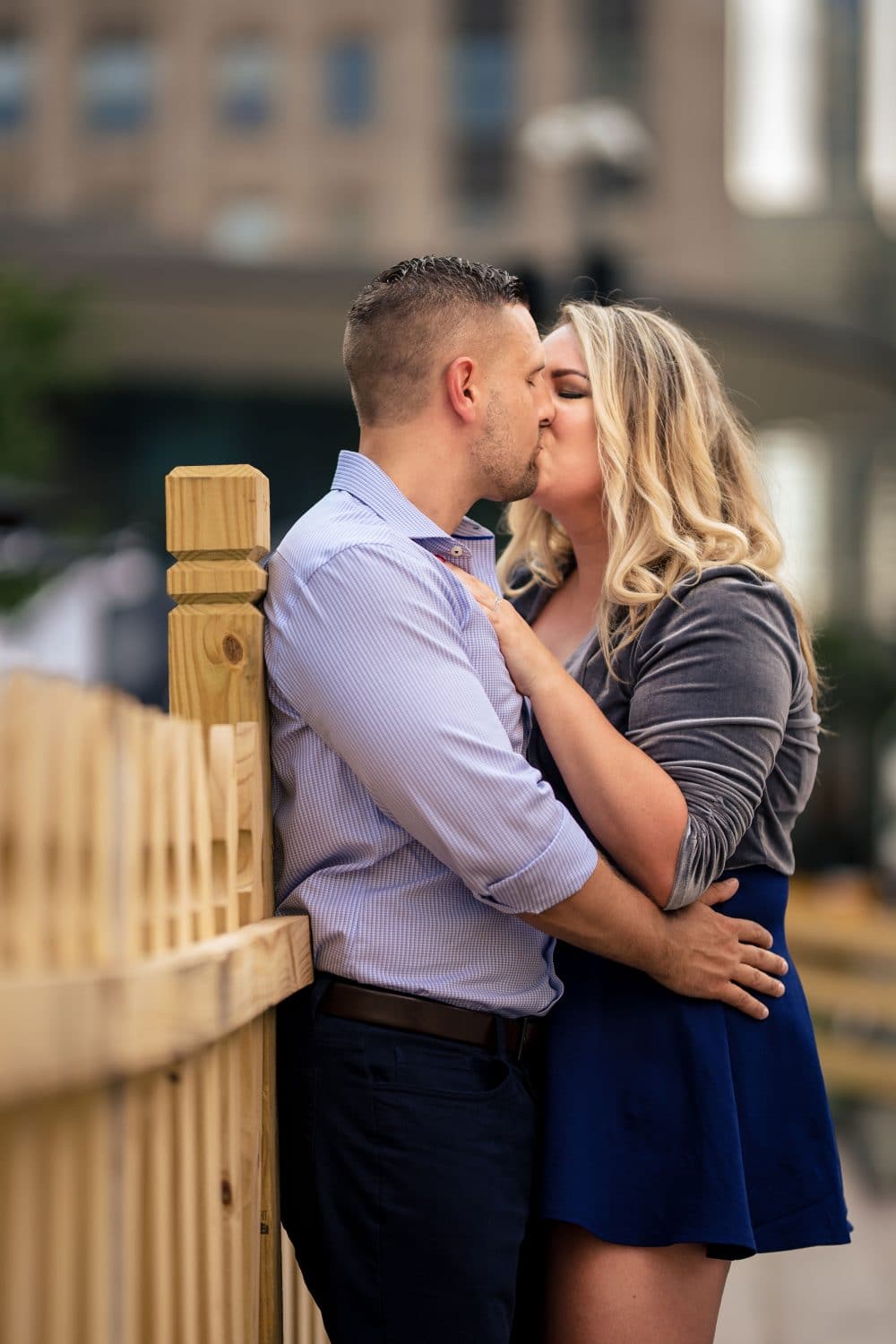 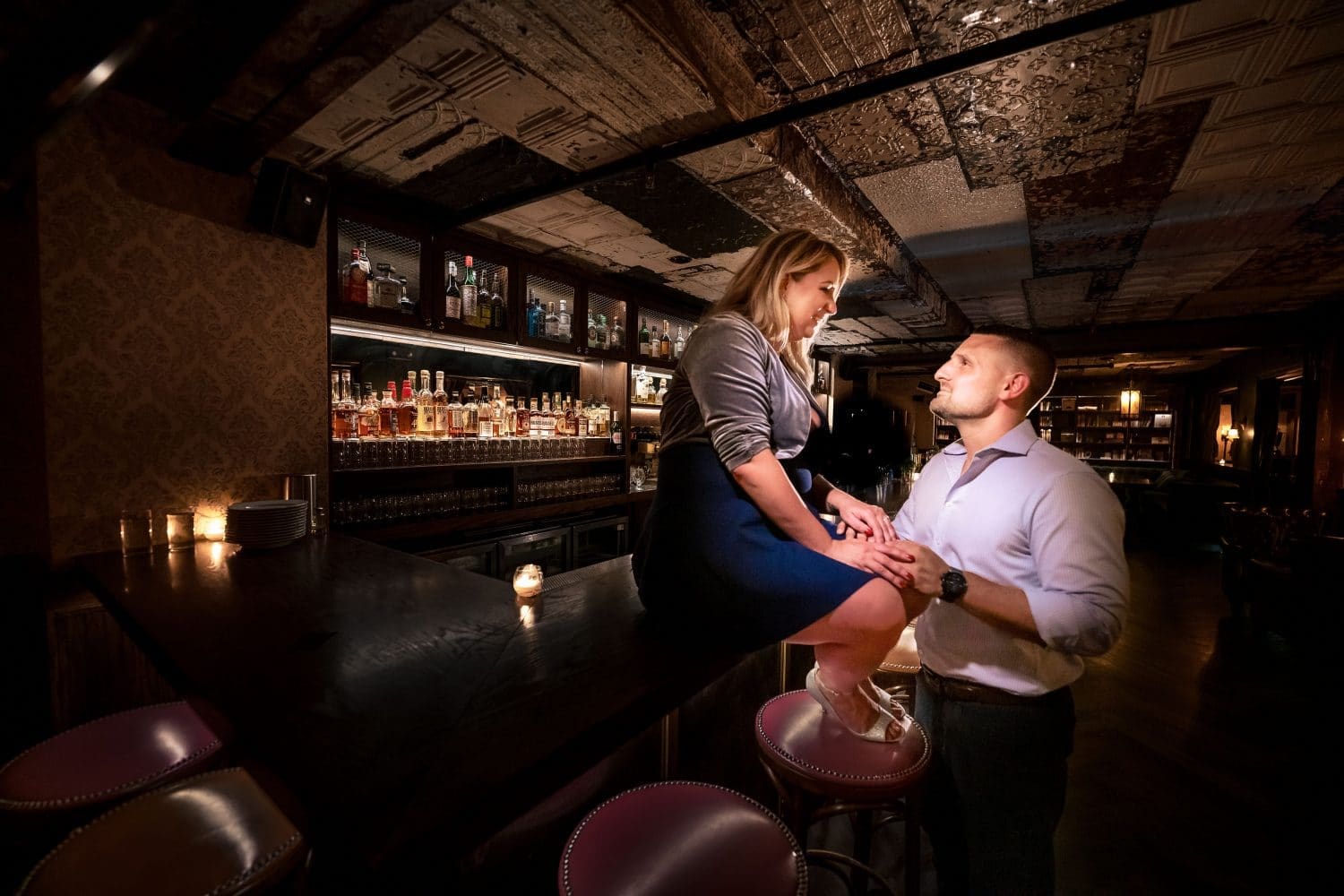 Engagement photographs are a once-in-a-lifetime chance to capture the excitement and joy of getting engaged to the person you love. Let us help you make this moment even more special. Contact us today to schedule an initial consultation.

J&J Studios is one of the top photography studios in Philadelphia owned by award-winning photographer John Ryan. We travel to any location within the U.S.