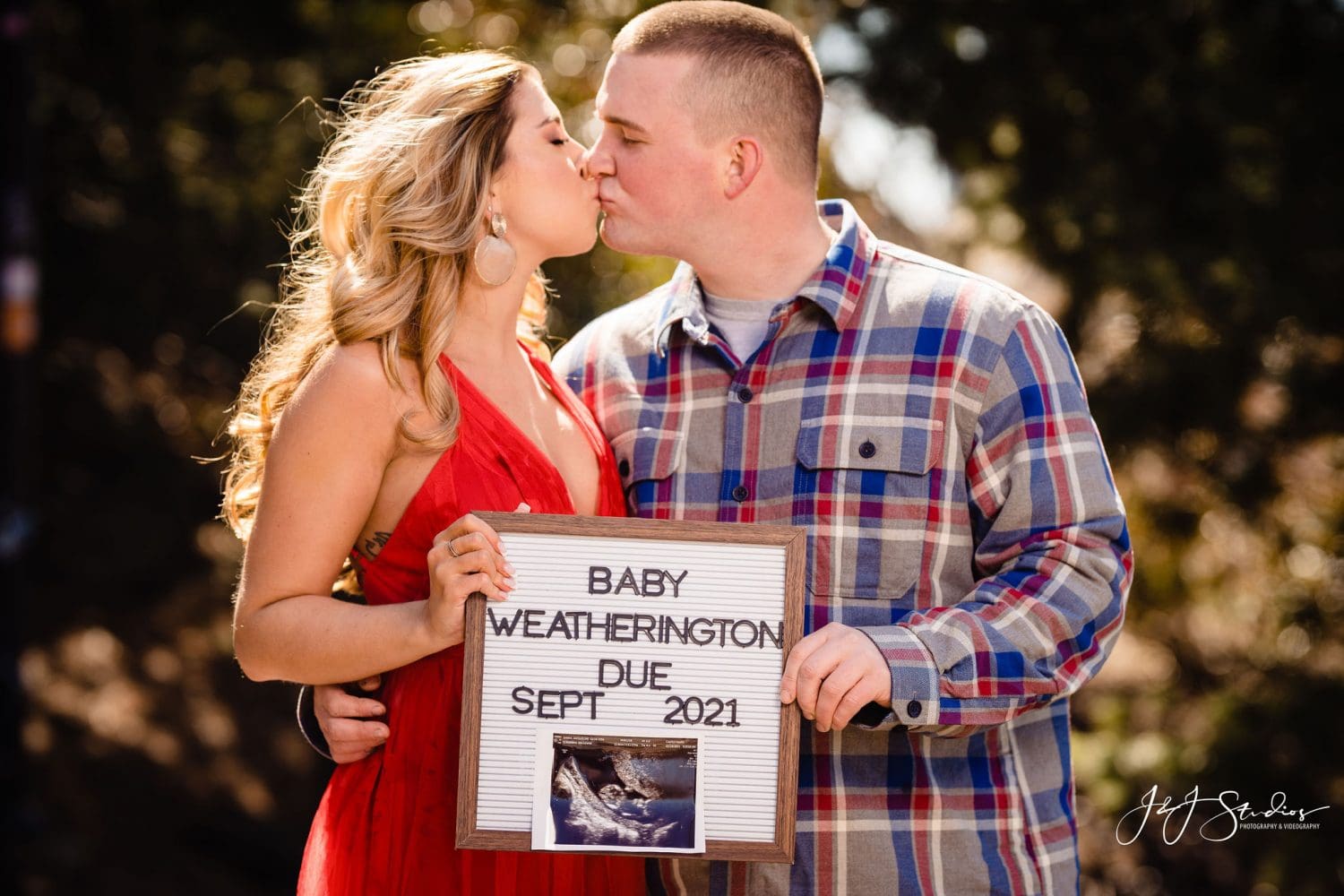 First comes love then comes marriage and then comes the baby in the baby carriage. That’s exactly how it went for Jacqueline and Zach. This Philadelphia Museum of Art and Fairmount Water Works maternity session was simply beautiful.  For most couples, pregnancy is a special time in their lives filled with joy and happiness. Just the thought of bringing life into the world forges a deeper bond between both partners. It’s the final piece to the fairytale that we all want.

This lovely couple was super excited about announcing their pregnancy. Despite the pandemic, Zach and Jacqueline wanted to let their loved ones know that they were expecting by having an editorial style photo shoot. 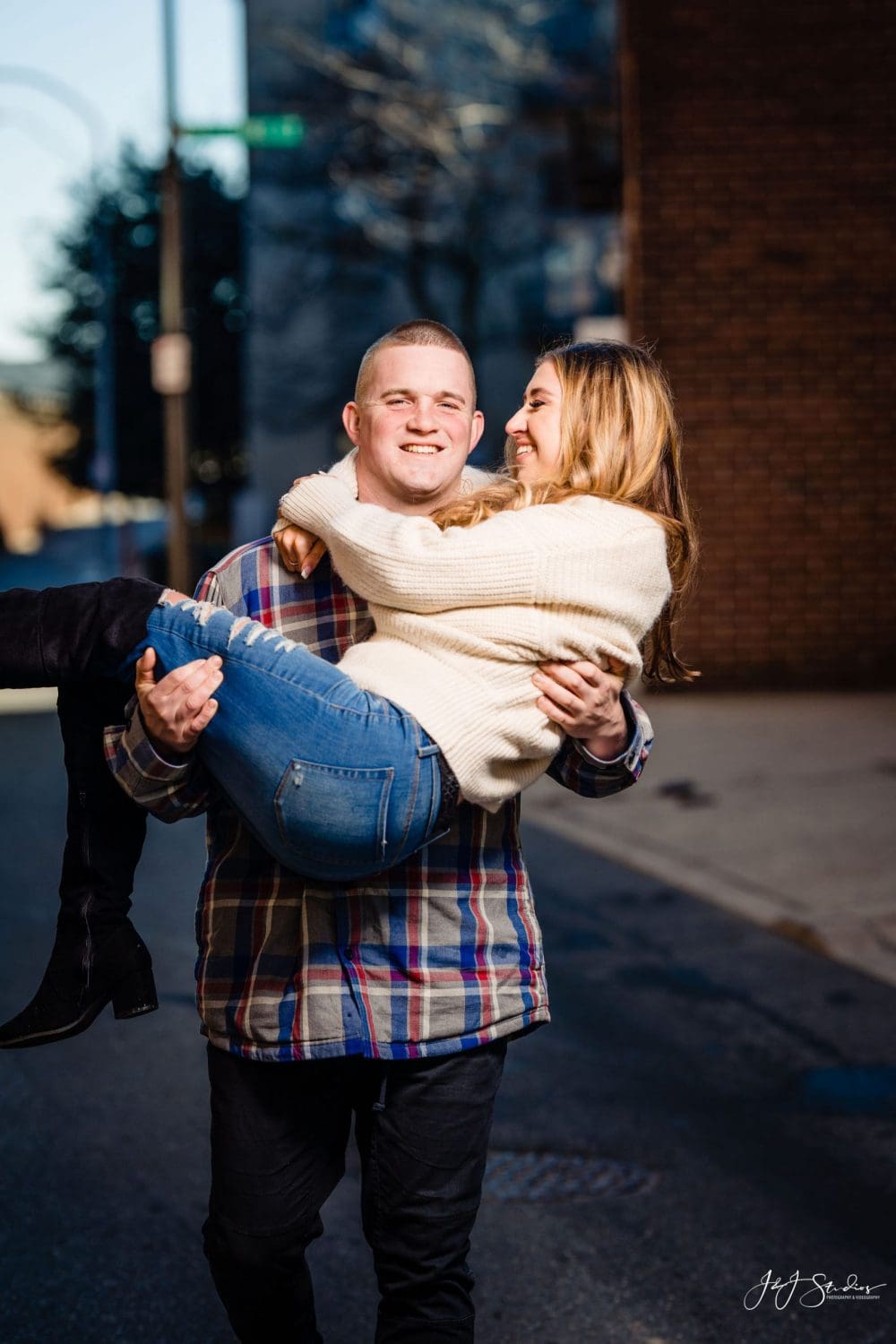 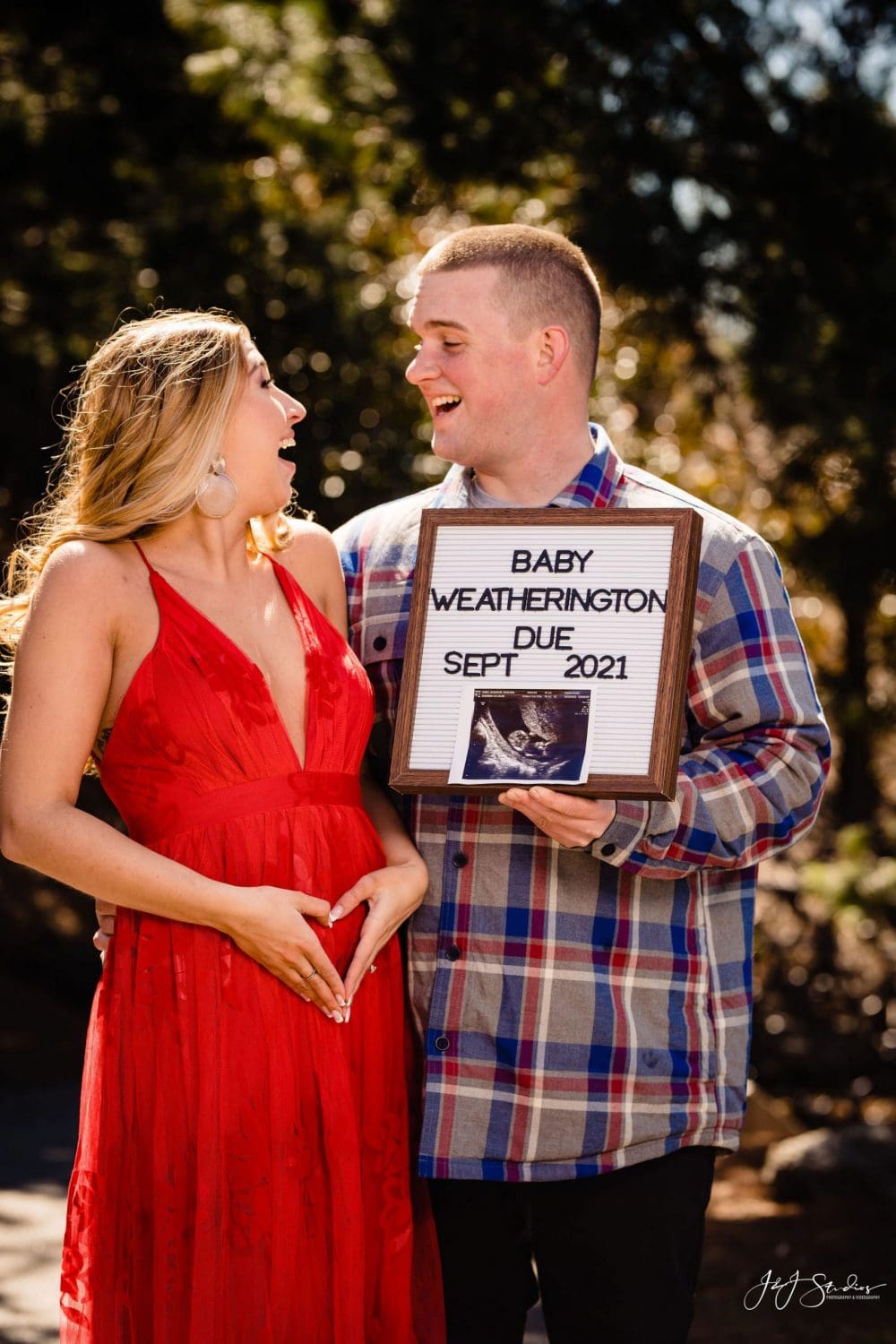 Although Jacqueline is just in the second trimester of her pregnancy, both she and Zach are excited about the road ahead. The couple has been together for six years and married for two. “ Zach and I both come from big families. So one thing we both wanted was children. After trying for a year, it’s finally happening for us and we’re so excited,” Jacqueline told us during the video consultation. The pure look of joy and excitement on their faces during our initial meeting was unforgettable.

Baby Weatherington is expected to arrive in September 2021. While the couple hasn’t yet begun designing the nursery they are definitely making important preparations so that everything is perfect when their little bundle of joy arrives.

Zach and Jacqueline decided to host their maternity shoot at the Philadelphia Museum of Art and the Fairmount Water Works. This iconic building is known for its awe-inspiring structure. The Fairmount Water Works which is within a short walking distance is often praised for its stunning design. As one of their favorite places to visit when they were dating, it only made sense to take it back to where it all started. 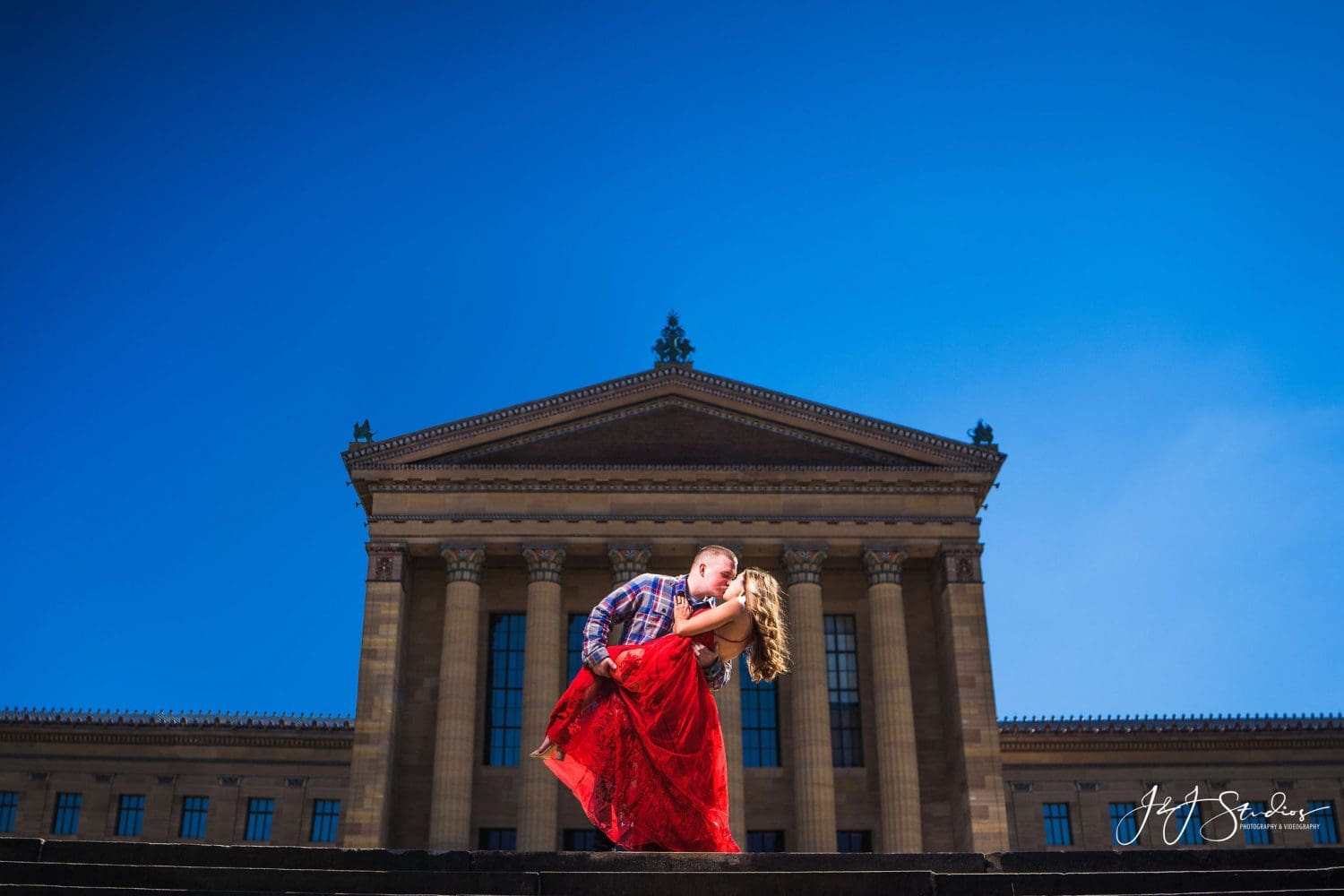 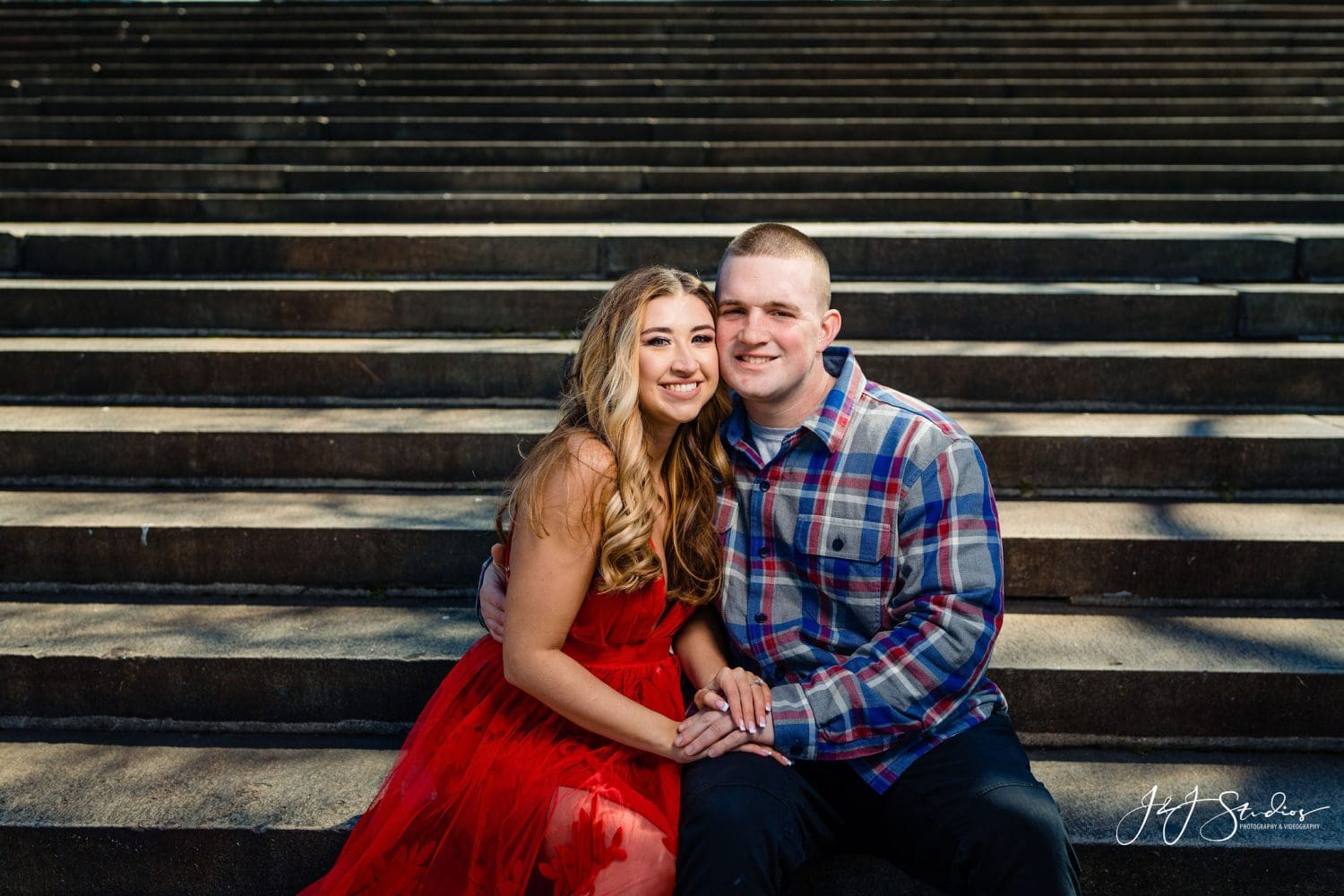 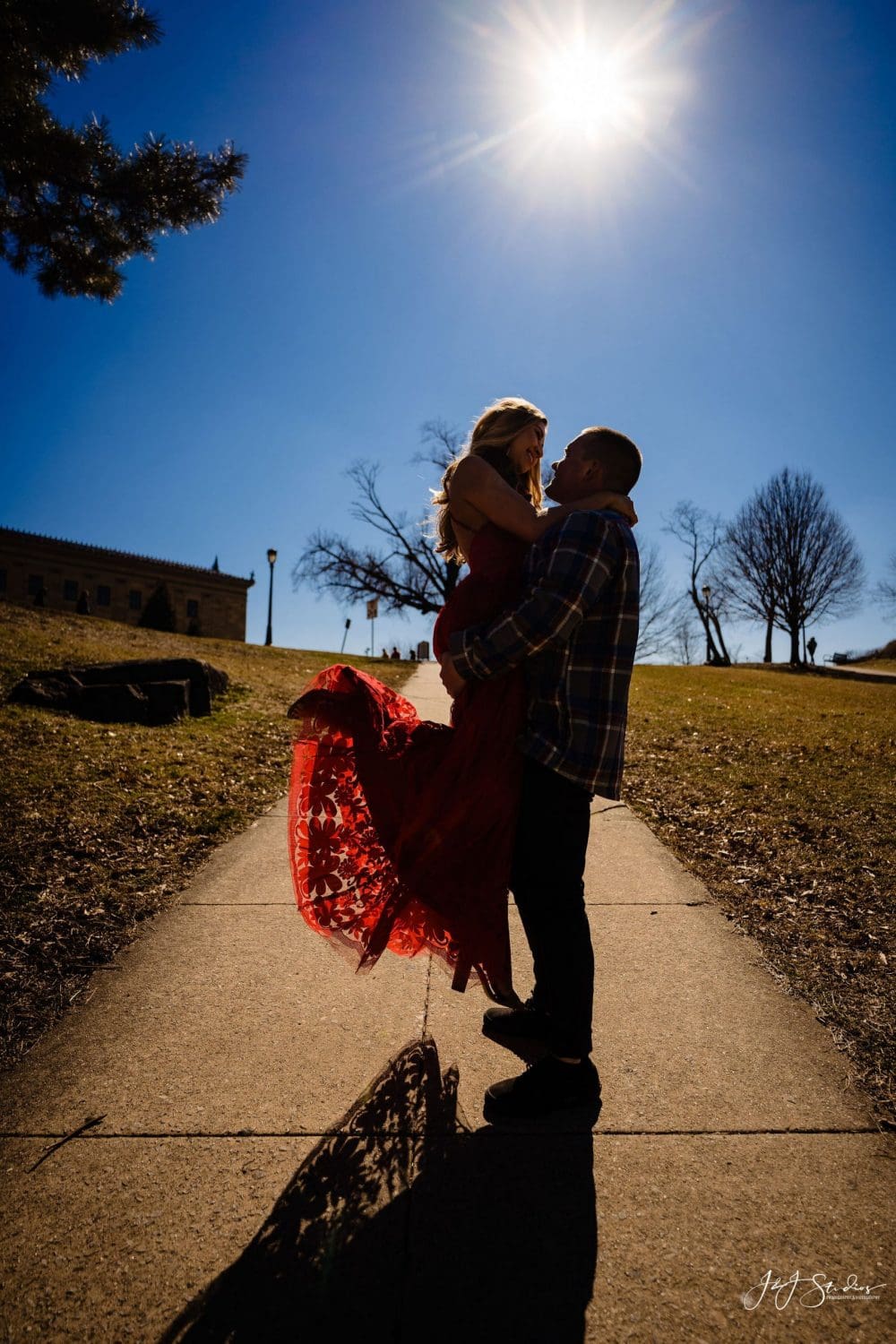 For this maternity session, Zach and Jacqueline desired a few casual pictures and some editorial style frames. We started the shoot on the infamous Addison Street in Philadelphia where the couple took a few pictures in front of the famous red door. These visuals were sweet, fun and our team had a good time shooting them. 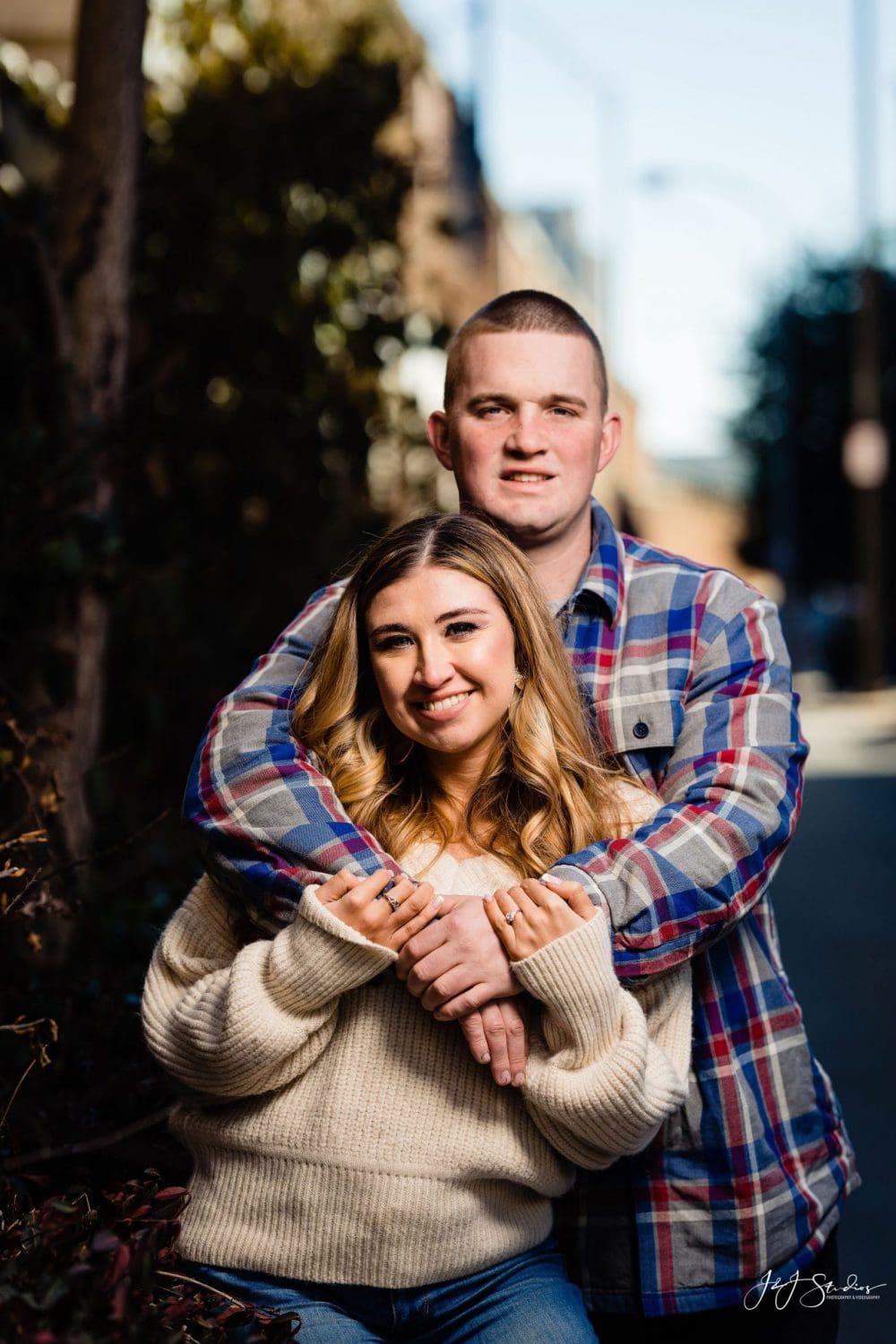 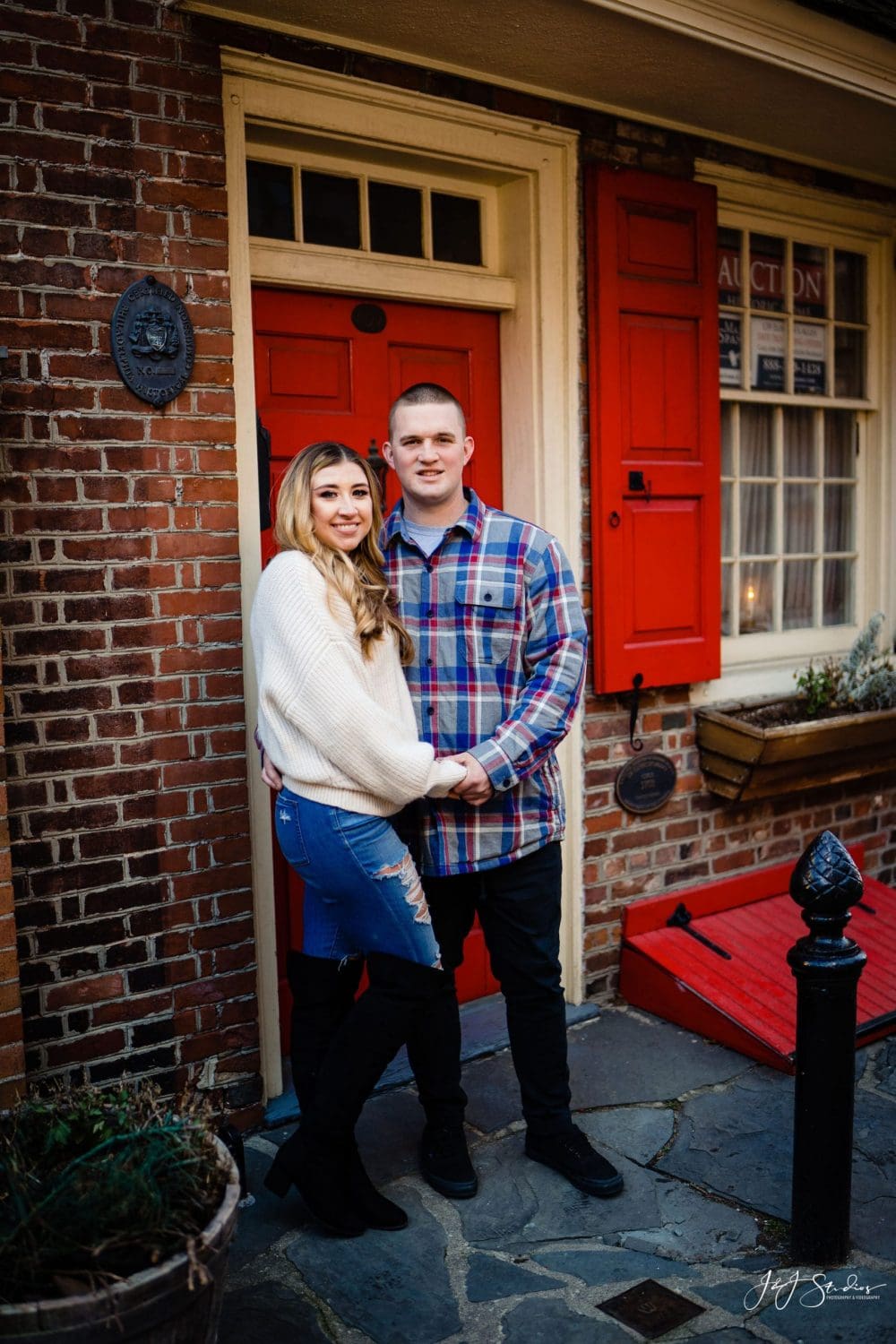 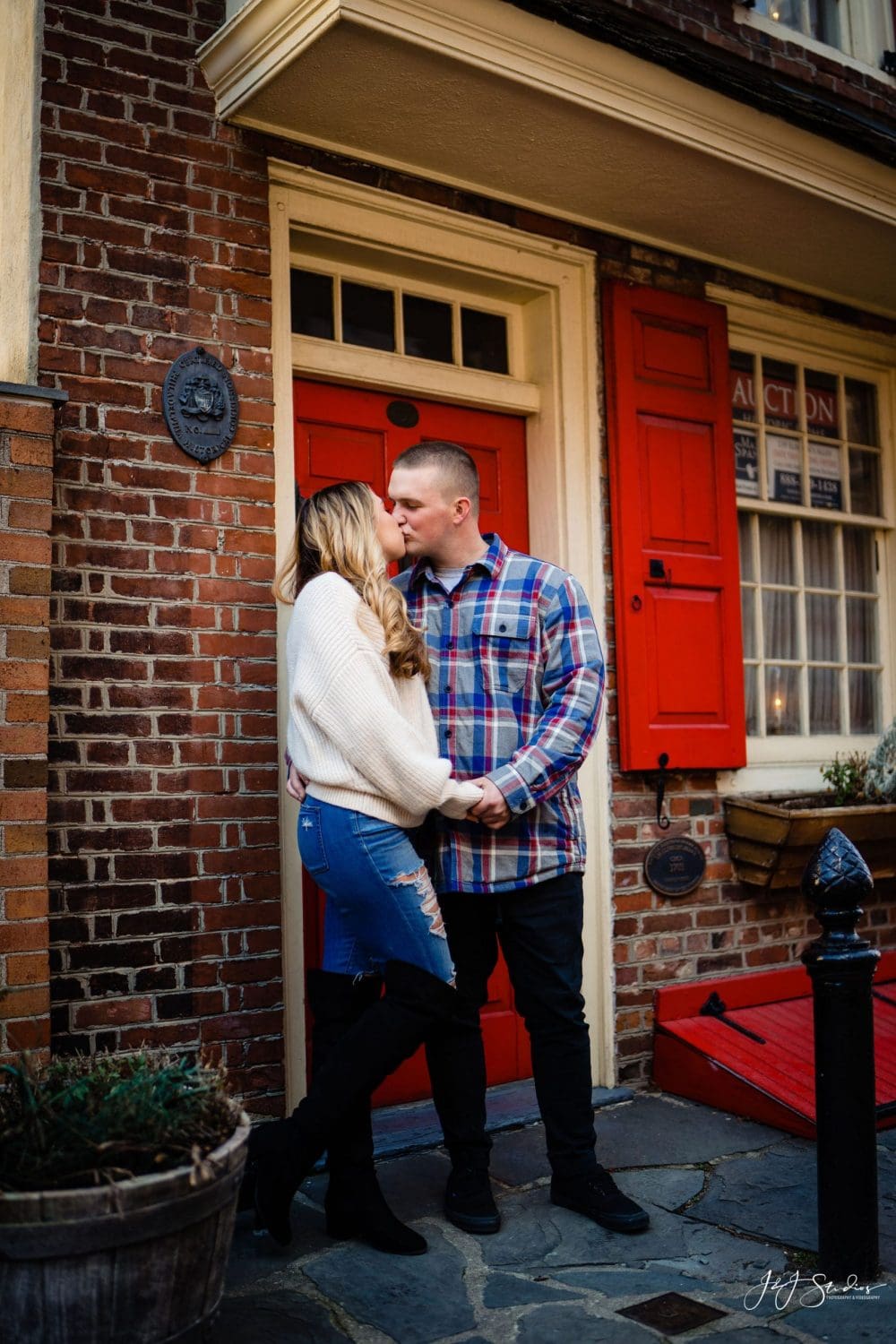 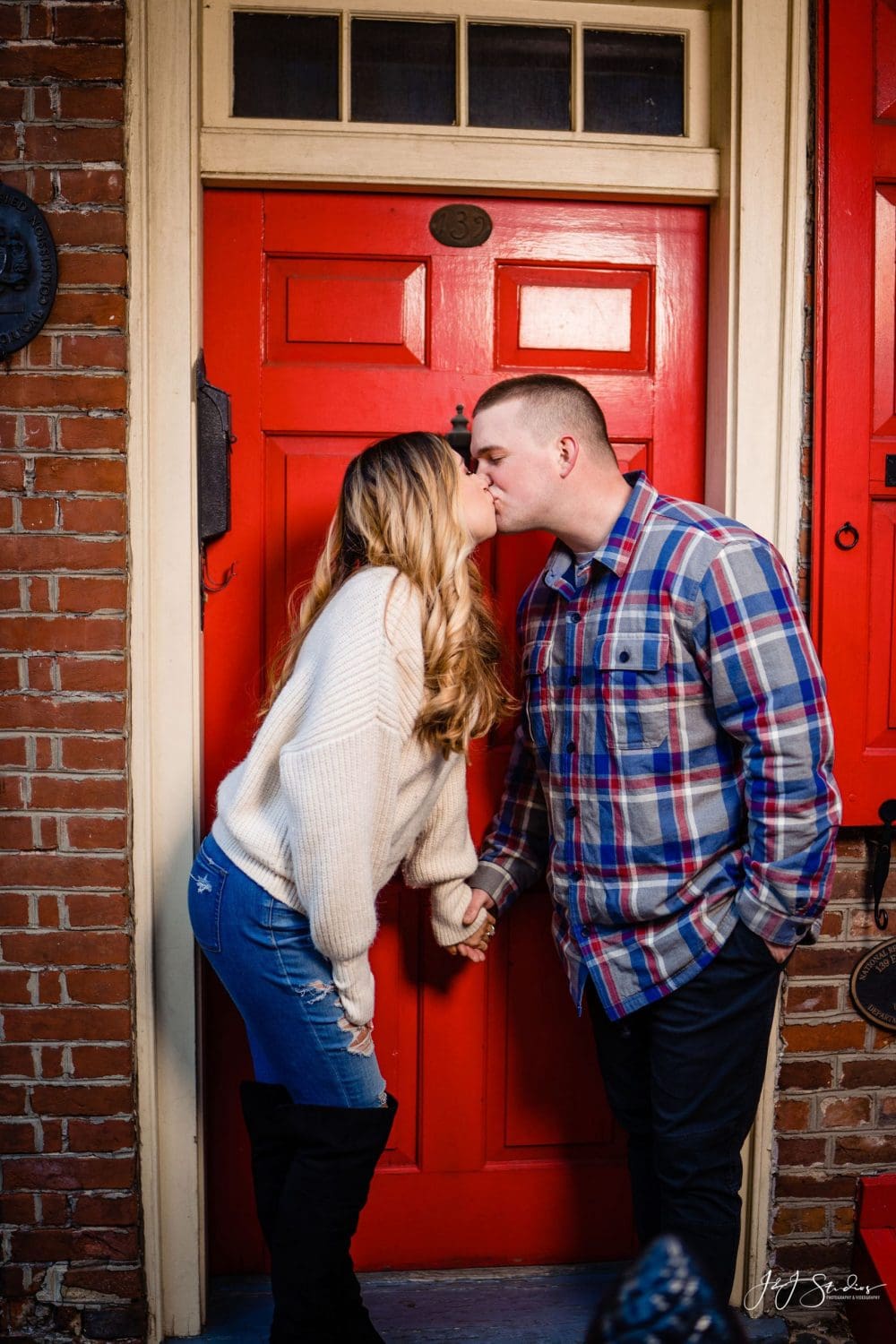 For the final portion of this maternity shoot, Jacqueline changed into a beautiful red lace gown which complemented Zach’s red and blue plaid shirt. We captured a few visuals of the couple on the front steps of the Philadelphia Museum building which were epic. The intimate moments Zach and Jacqueline shared on the bench at the Fairmount Water Works were incredibly heart-warming. Of course, we couldn’t end the shoot without a few snapshots of Baby Weatherington’s sonogram. 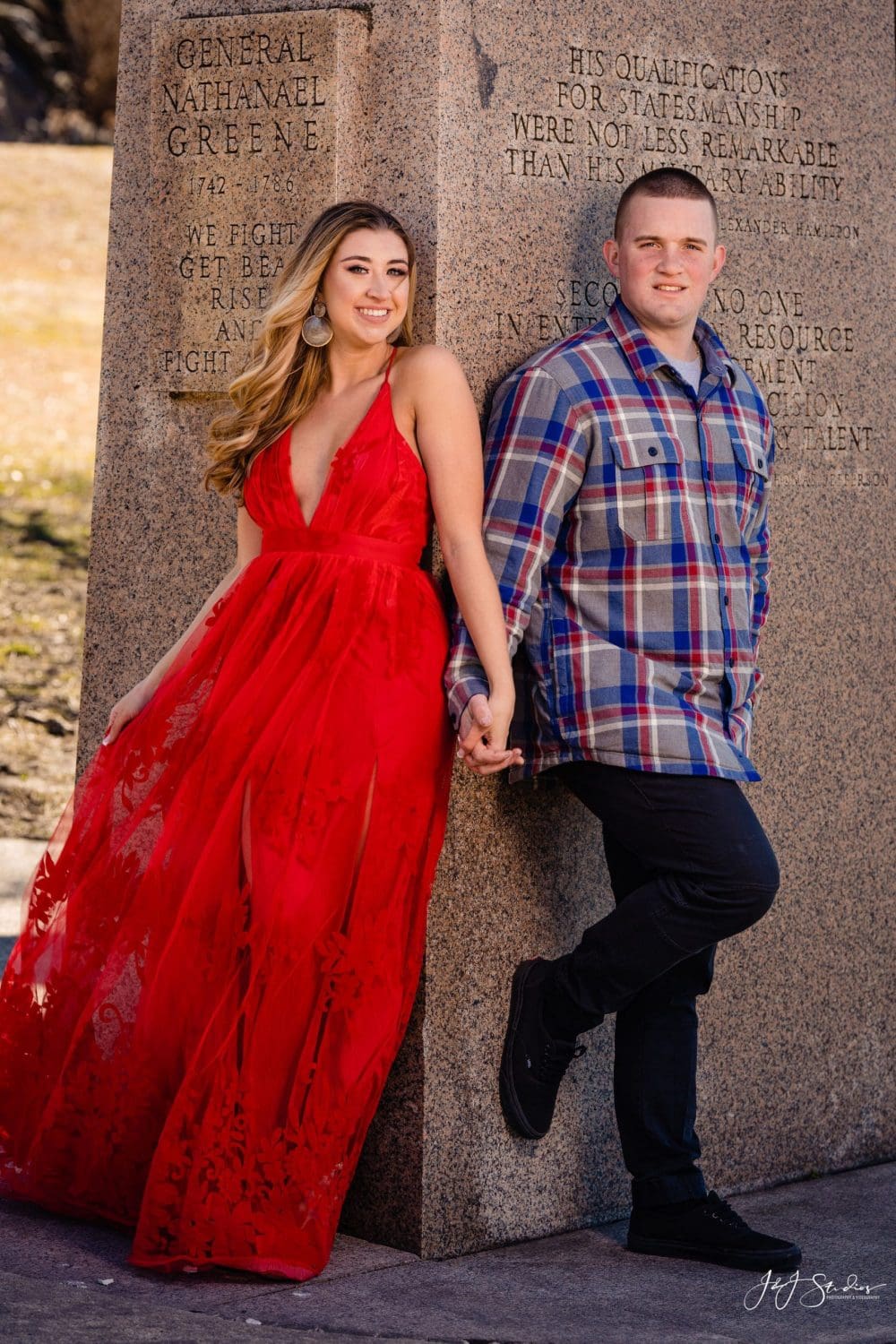 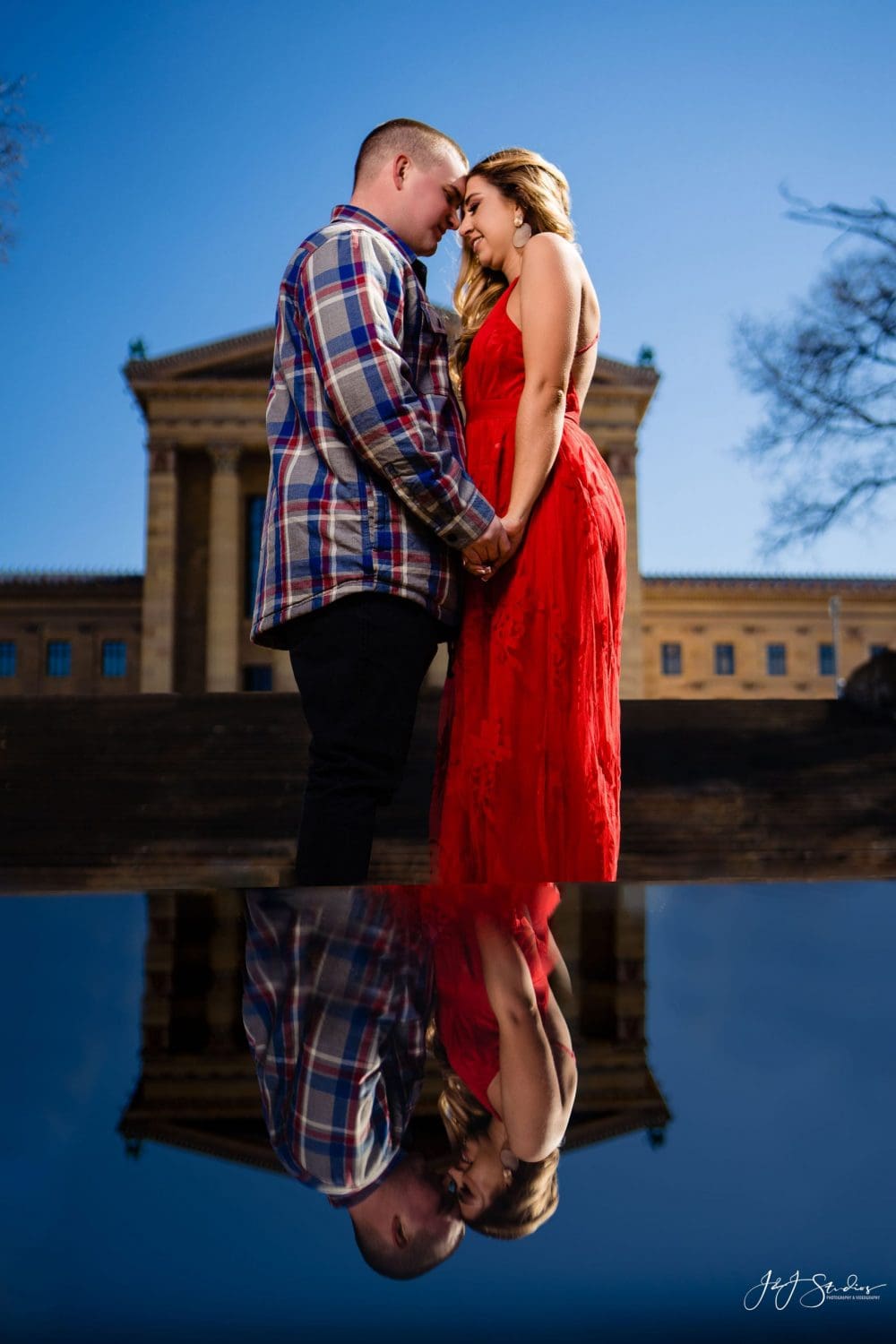 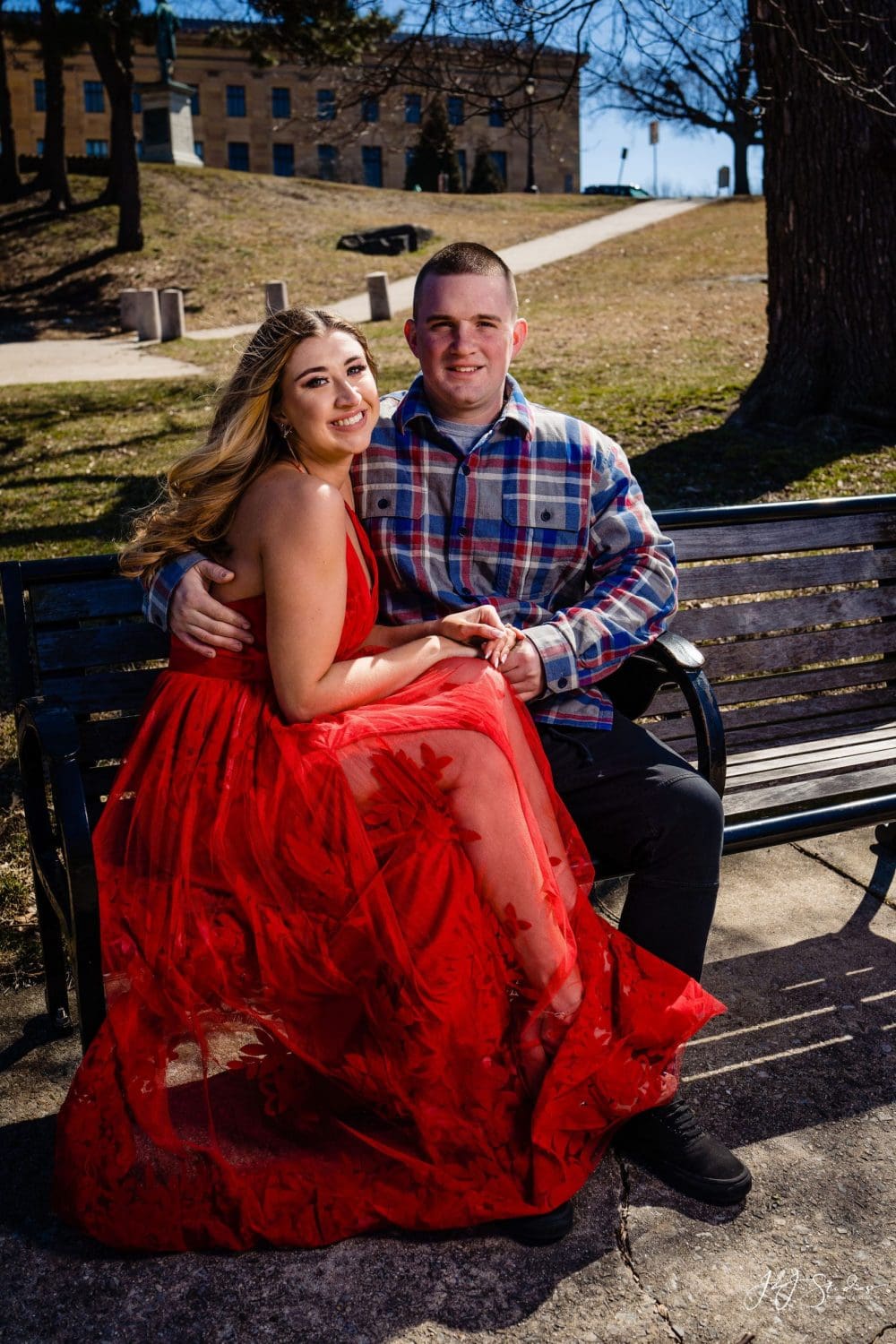 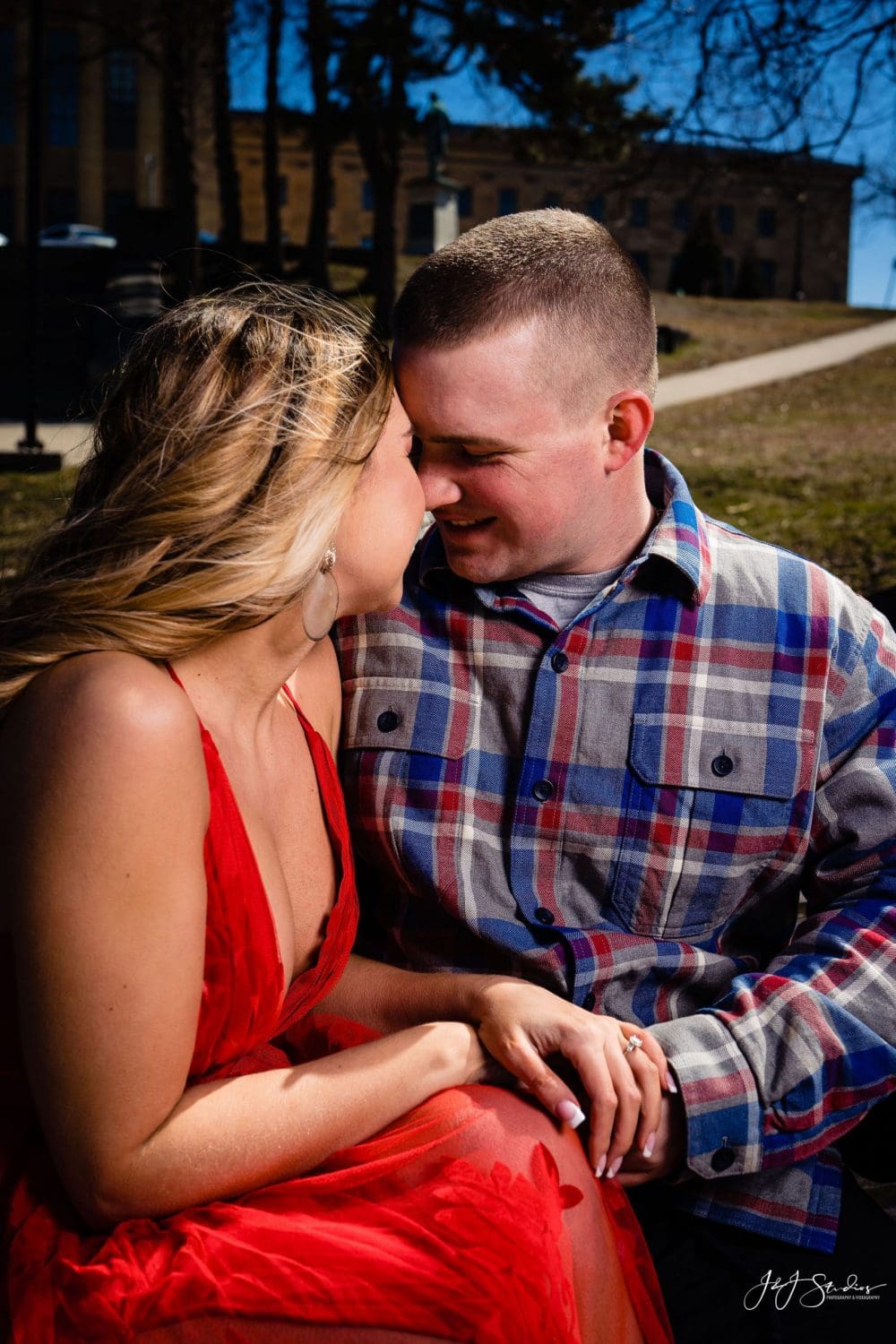 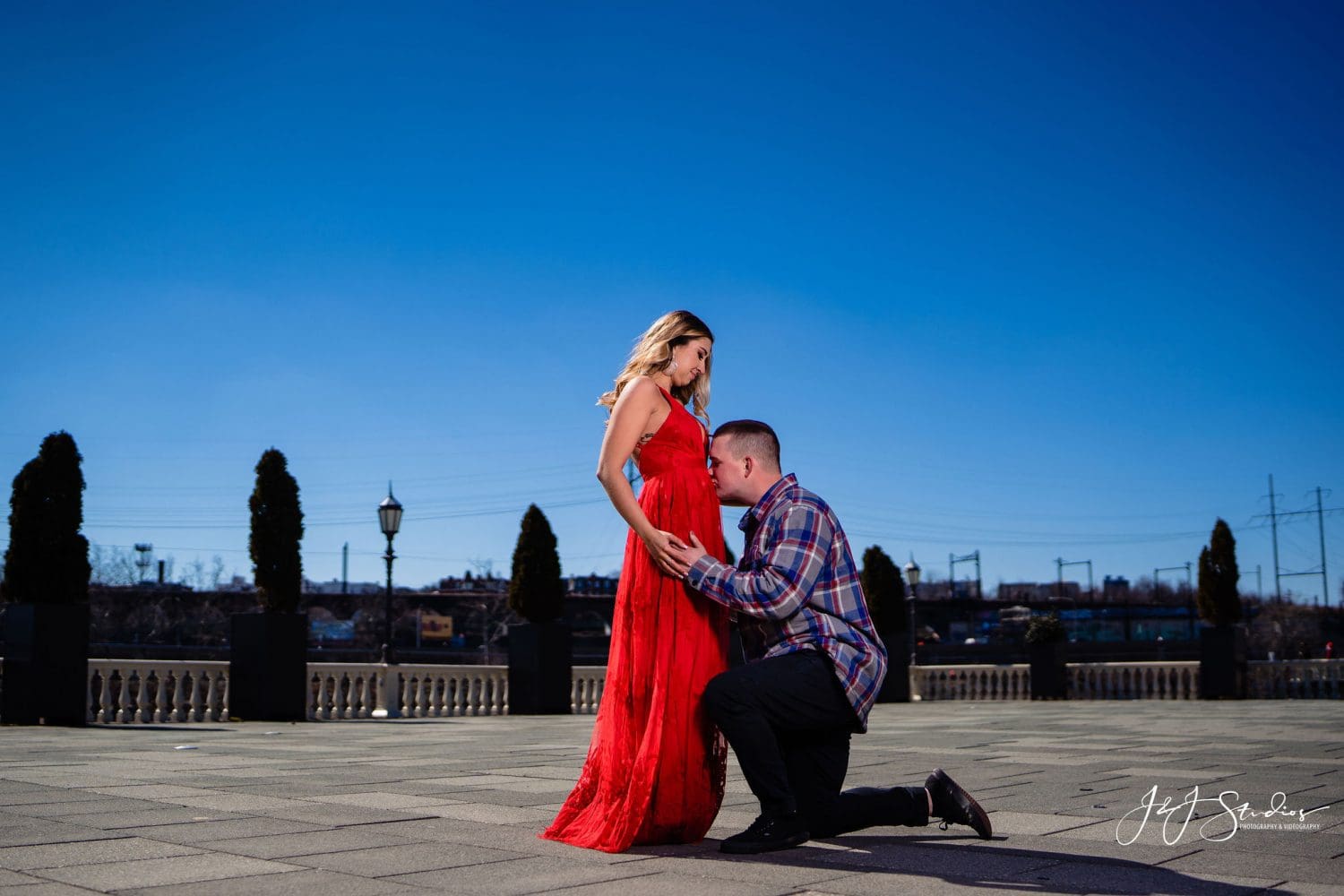 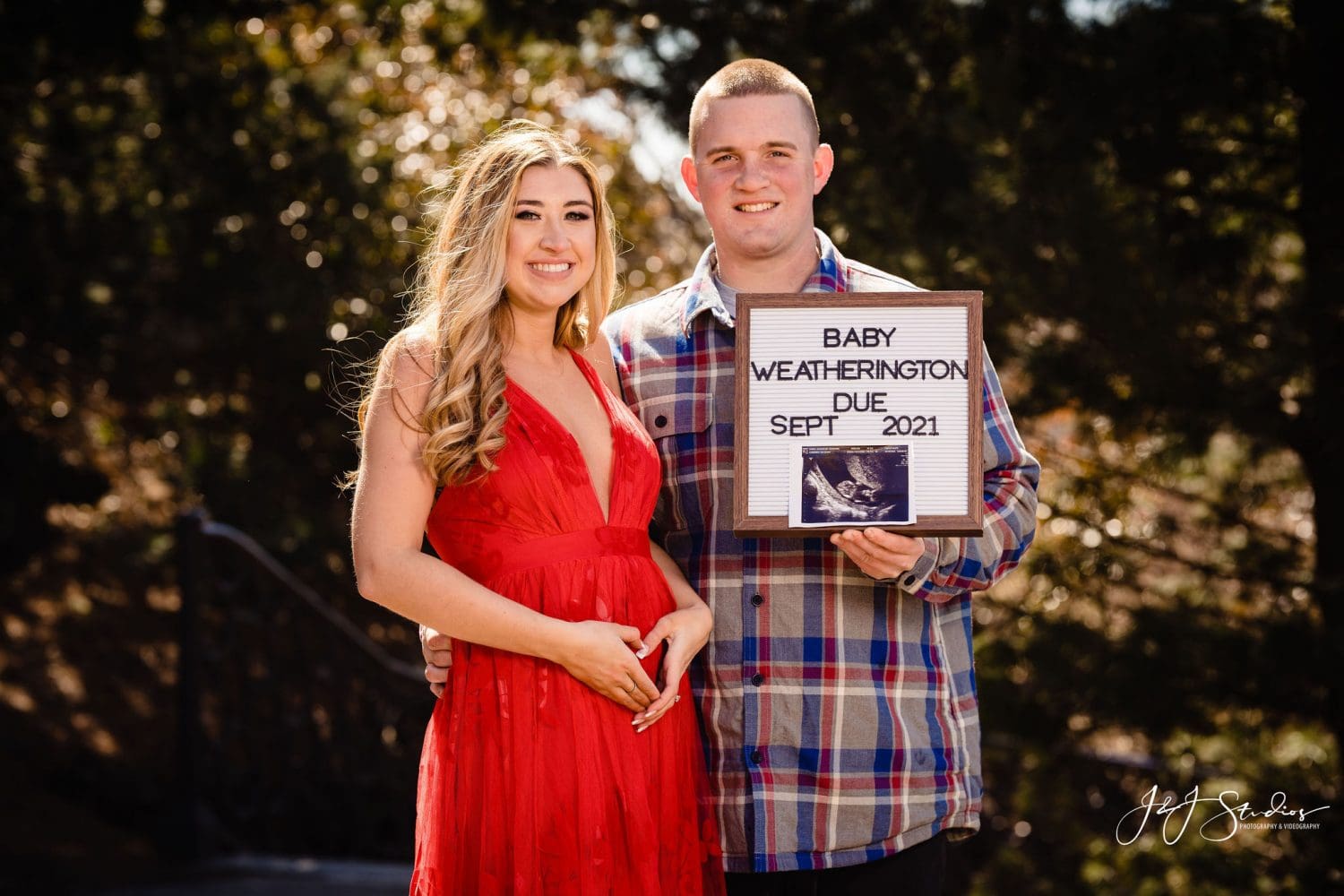 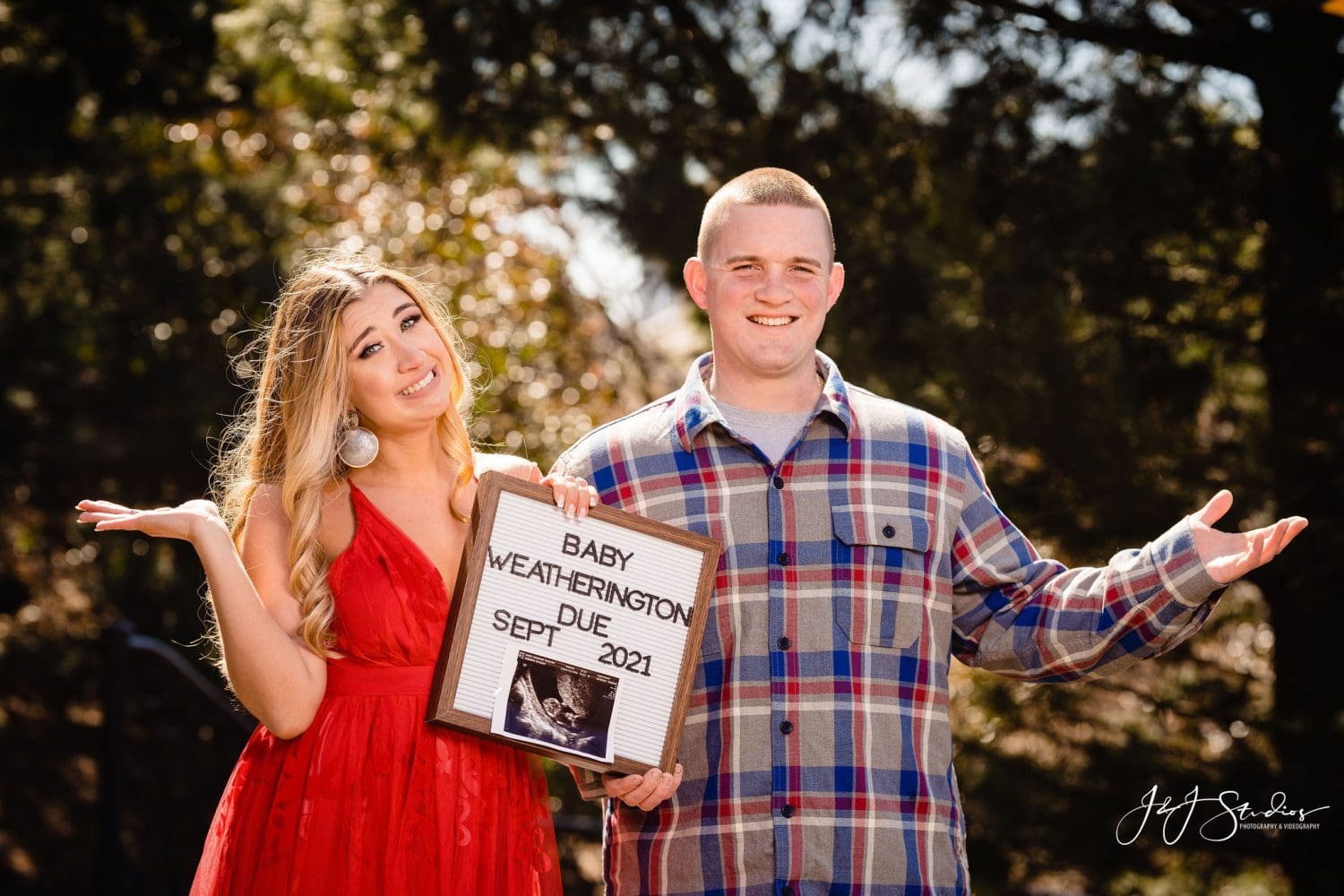 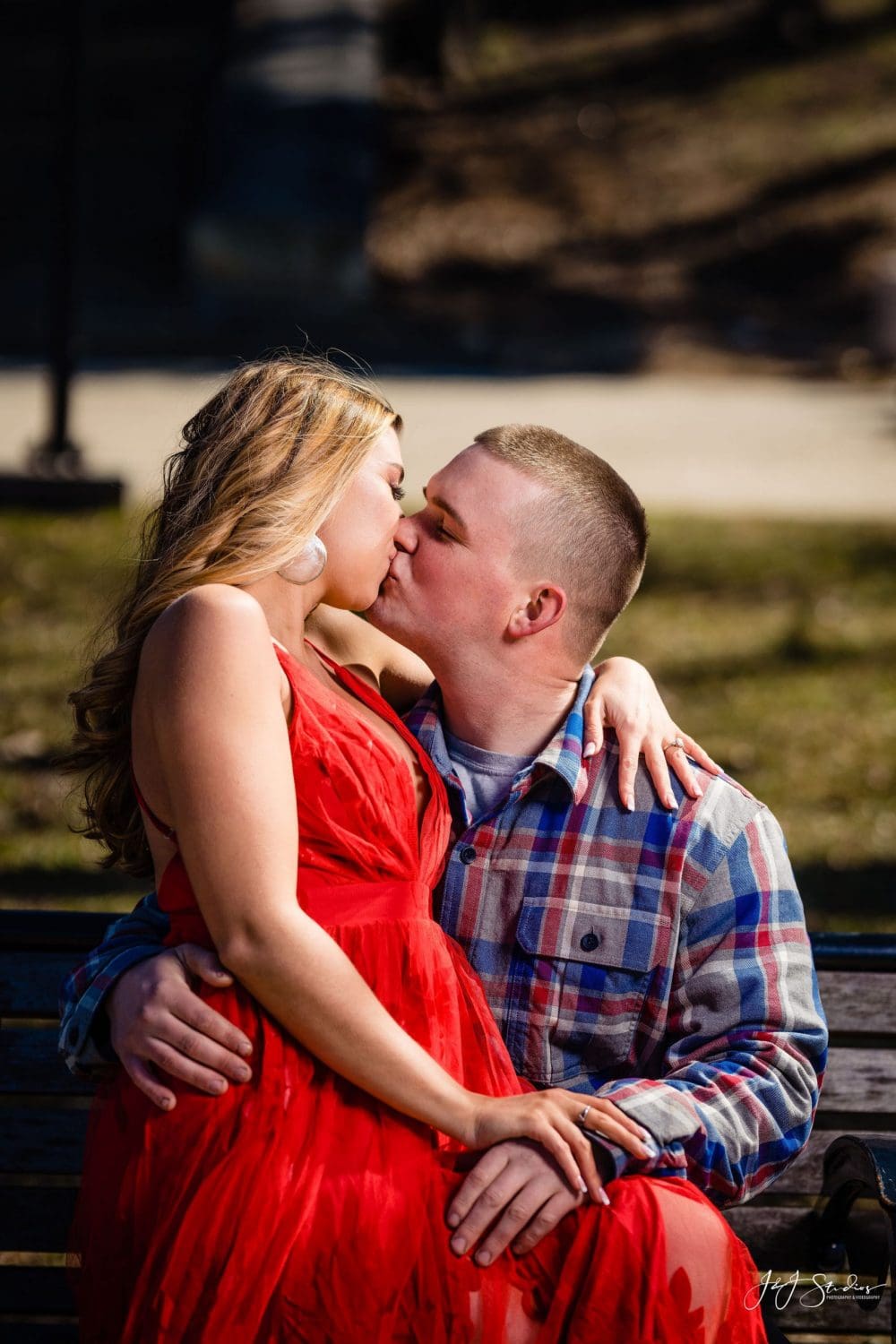 Are you and your significant other expecting? What better way to announce your pregnancy than through a creative maternity shoot. These visuals can be shared with your closest family and friends. You can even post them on your social media to let everyone know that you’re expecting a beautiful bundle of joy. Contact us today to discuss to plan the details of your maternity session.