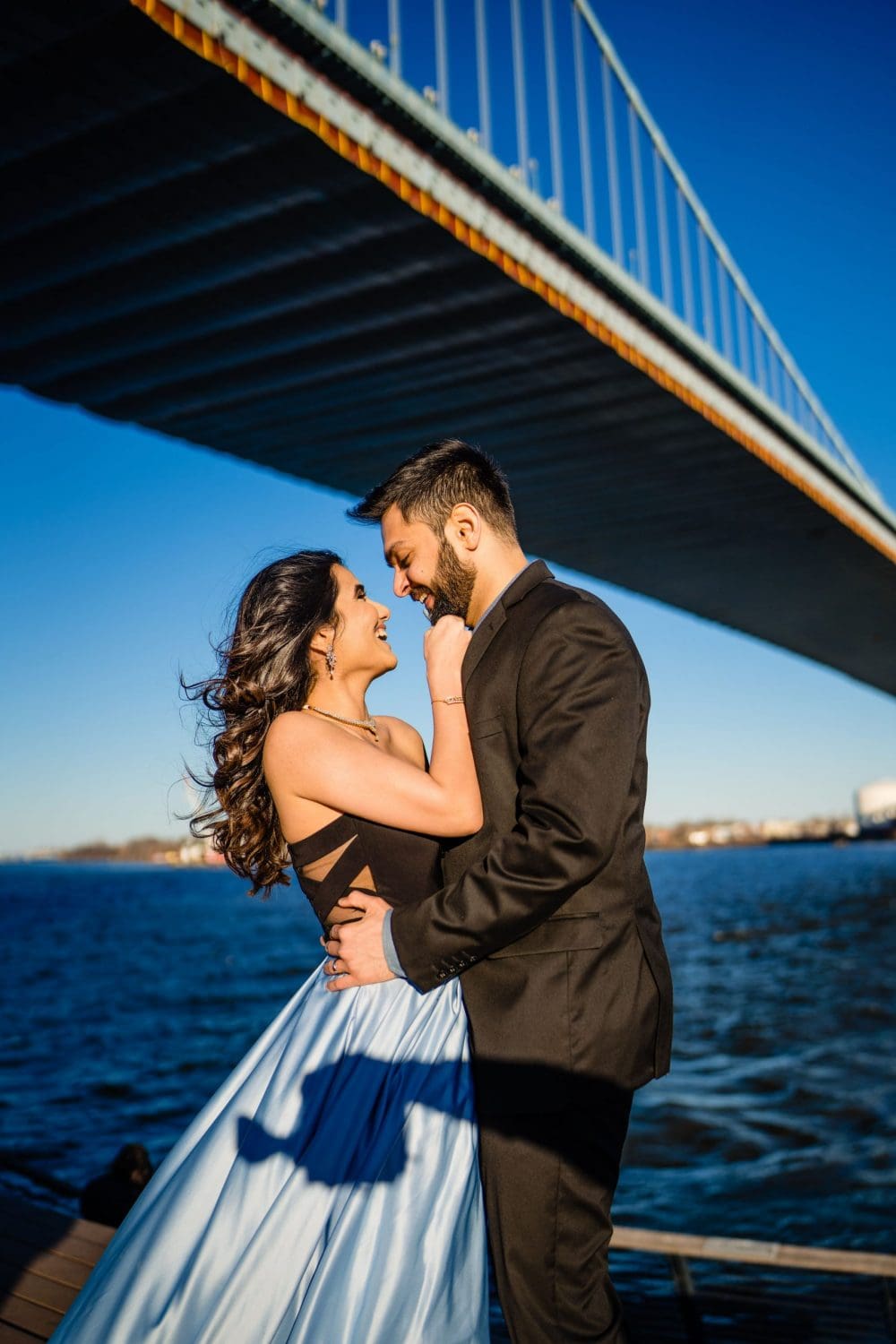 Race Street Pier found right in the heart of Philadelphia along the Delaware Waterfront is a serene respite in our beloved city. It’s one of our favorite places to shoot all year round. When Aneri and Aaditya reached out to help plan an epic engagement photoshoot along the Benjamin Franklin Bridge on Race Street Pier we were super excited.  The lovely couple was eager to commemorate their love and upcoming nuptials. This Race Street Pier engagement session was nothing short of amazing. 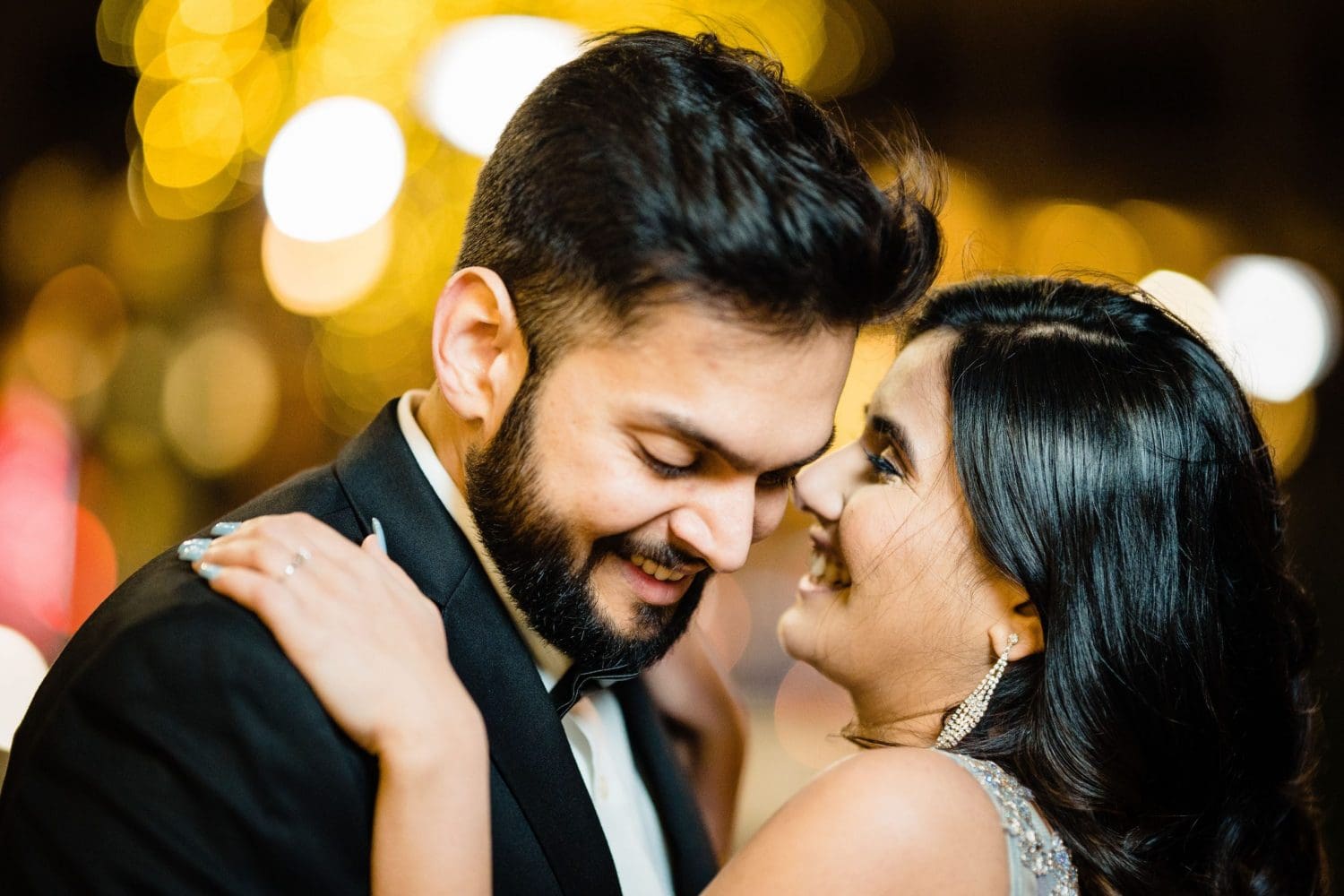 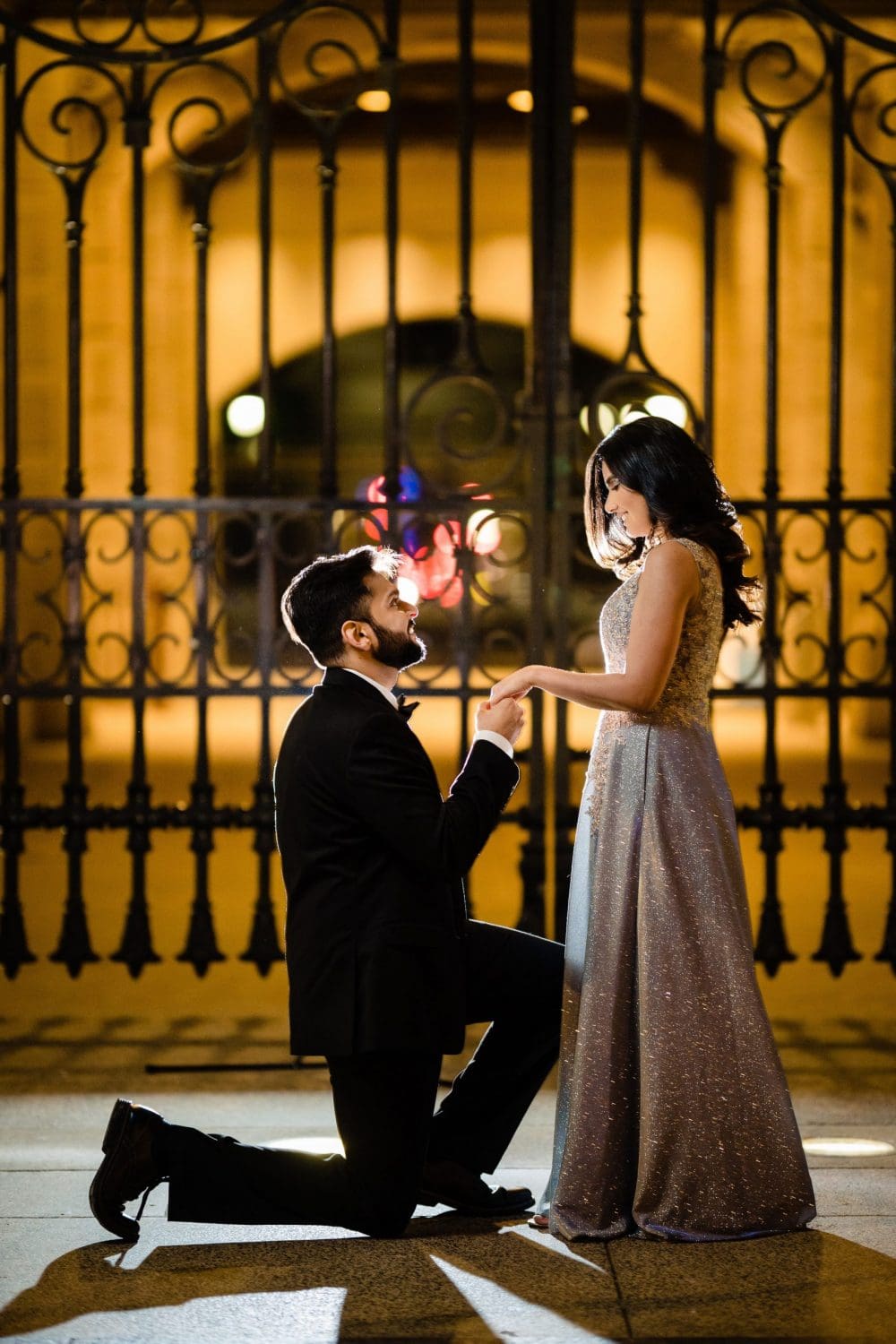 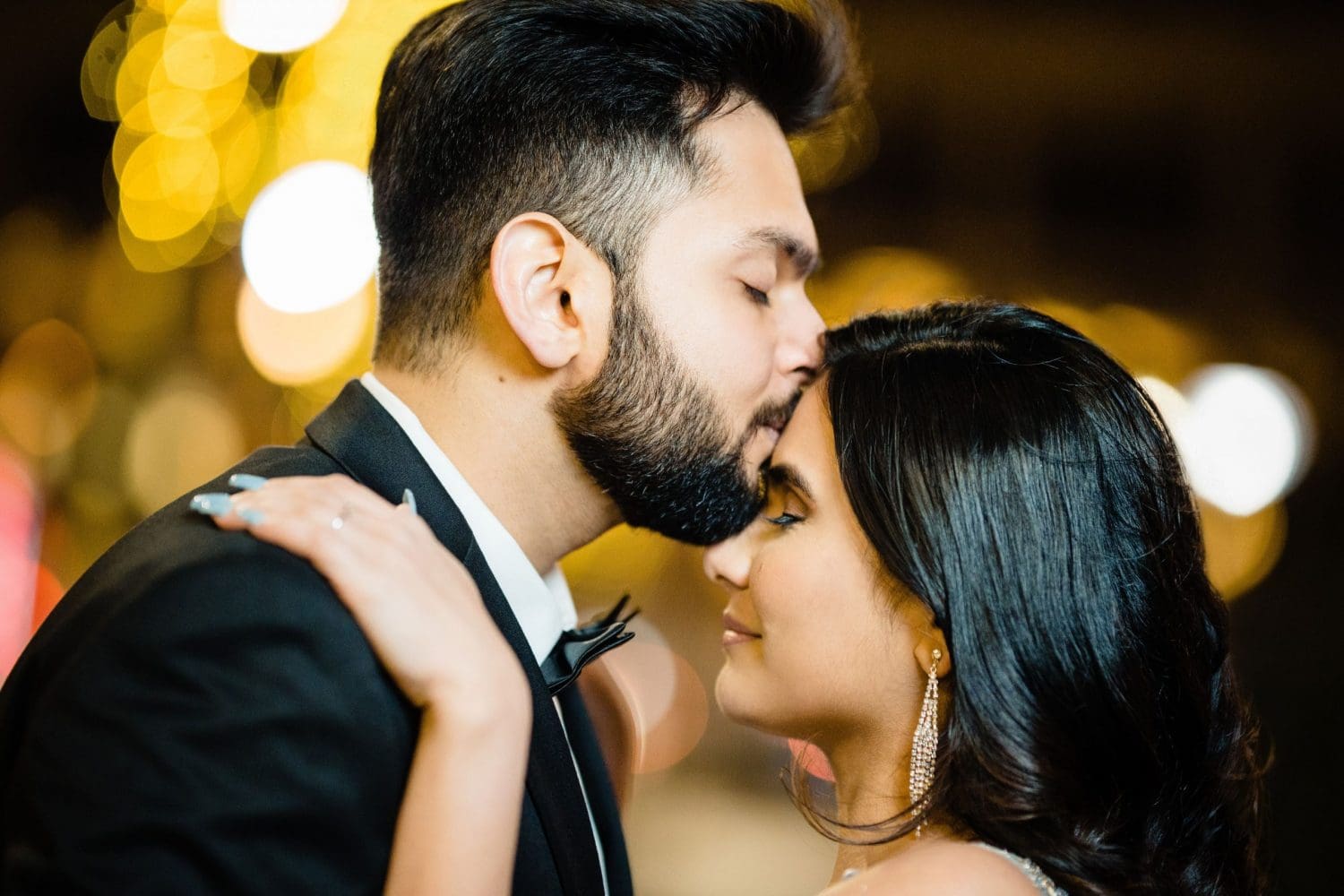 Aaditya and Aneri had your classic boy meets girl love story. In fact, they met in college back in India, their home country. They were just young undergrads when they met and developed a special friendship that quickly blossomed into a romantic relationship. “There was something different about Aaditya.” Aneri said as she recalled the day they first met. “ I felt so comfortable with him.”

Aaditya’s genuine caring nature is what won Aneri’s heart. “I love that Aaditya is caring in his own way. No matter what, I know he has my back and I can rely on him for anything,” On the other hand, Aaditya describes his wife as being the sweetest woman he has ever met.

She Said Yes – The Proposal

Although they had been discussing marriage, Aneri didn’t think he would propose so soon. Aaditya popped the big question earlier this year in January 2021. The couple had planned a fun escape to The National Harbor with some of their friends. While walking along the riverfront, Aaditya asked Aneri to take a picture with him. While taking the picture, Aaditya got down on bended knee and asked her to marry him. Overwhelmed with excitement and joy, Aneri couldn’t help but say yes.

It was literally the perfect winter day for this Race Street Bridge engagement session. Aneri decided on a beautiful, elegant gown while Aaditya opted for a well-tailored tux. When they arrived at the shoot, Aneri and Aaditya looked like true royalty. They’re smiles were infectious and they were naturals in front of the camera. 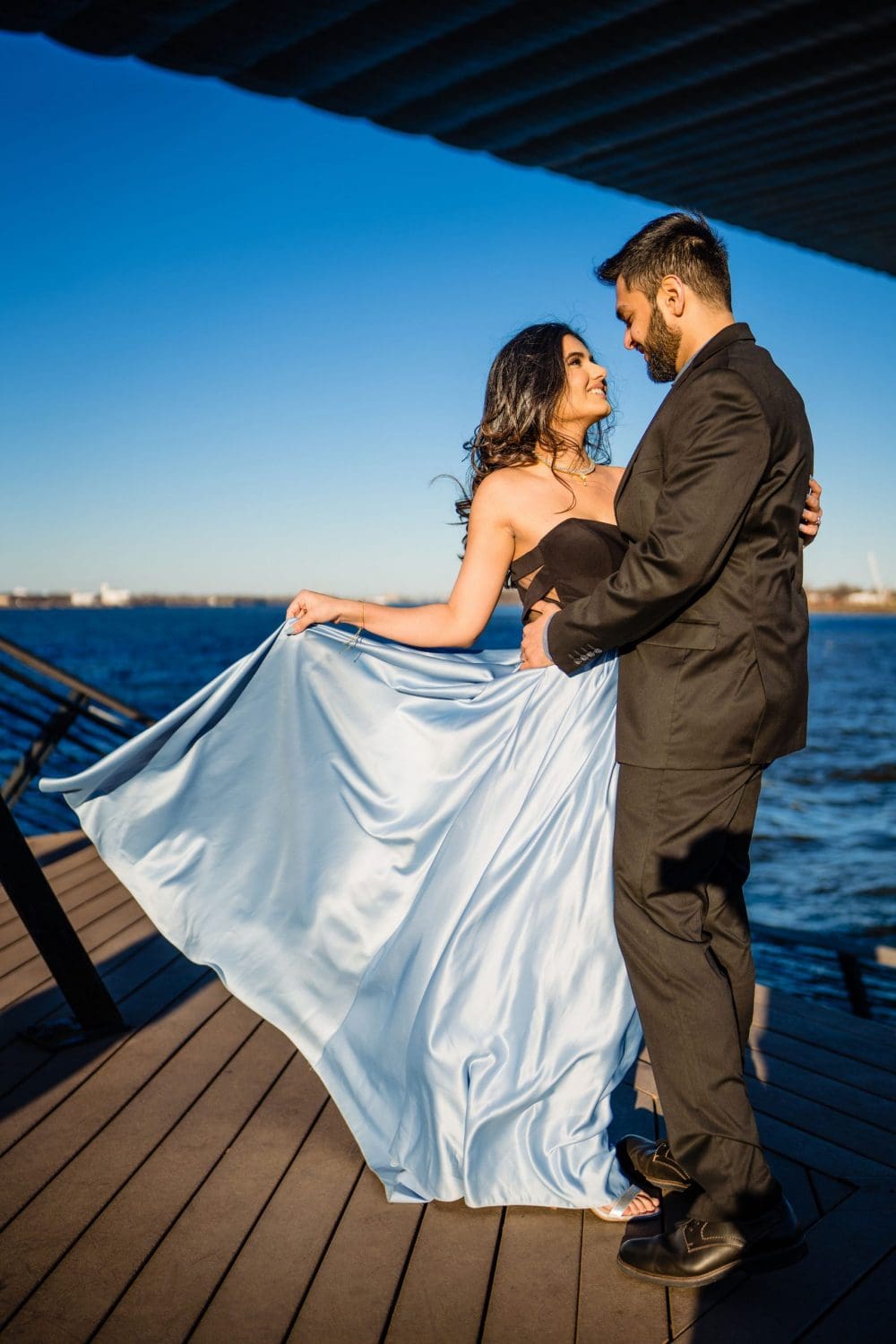 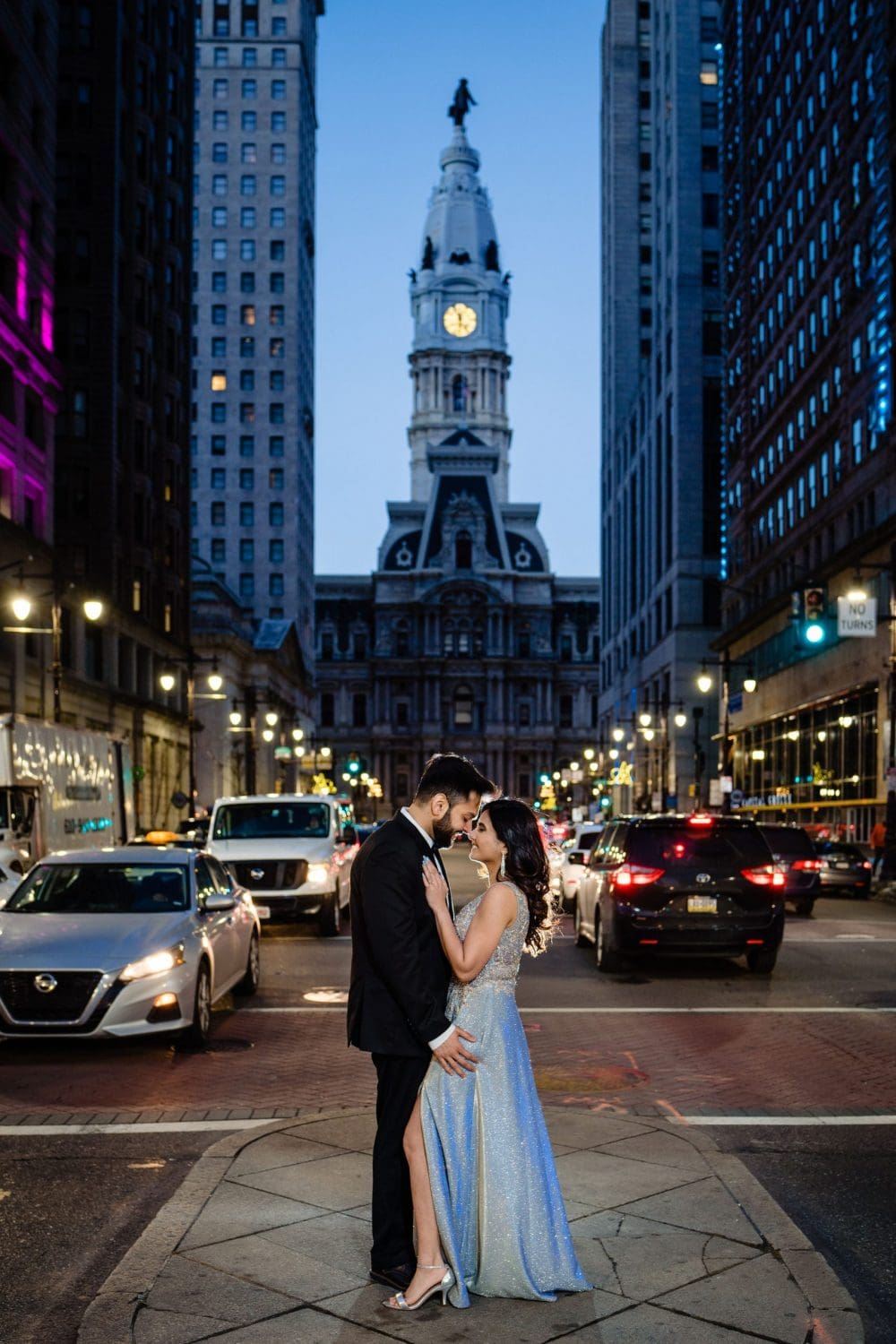 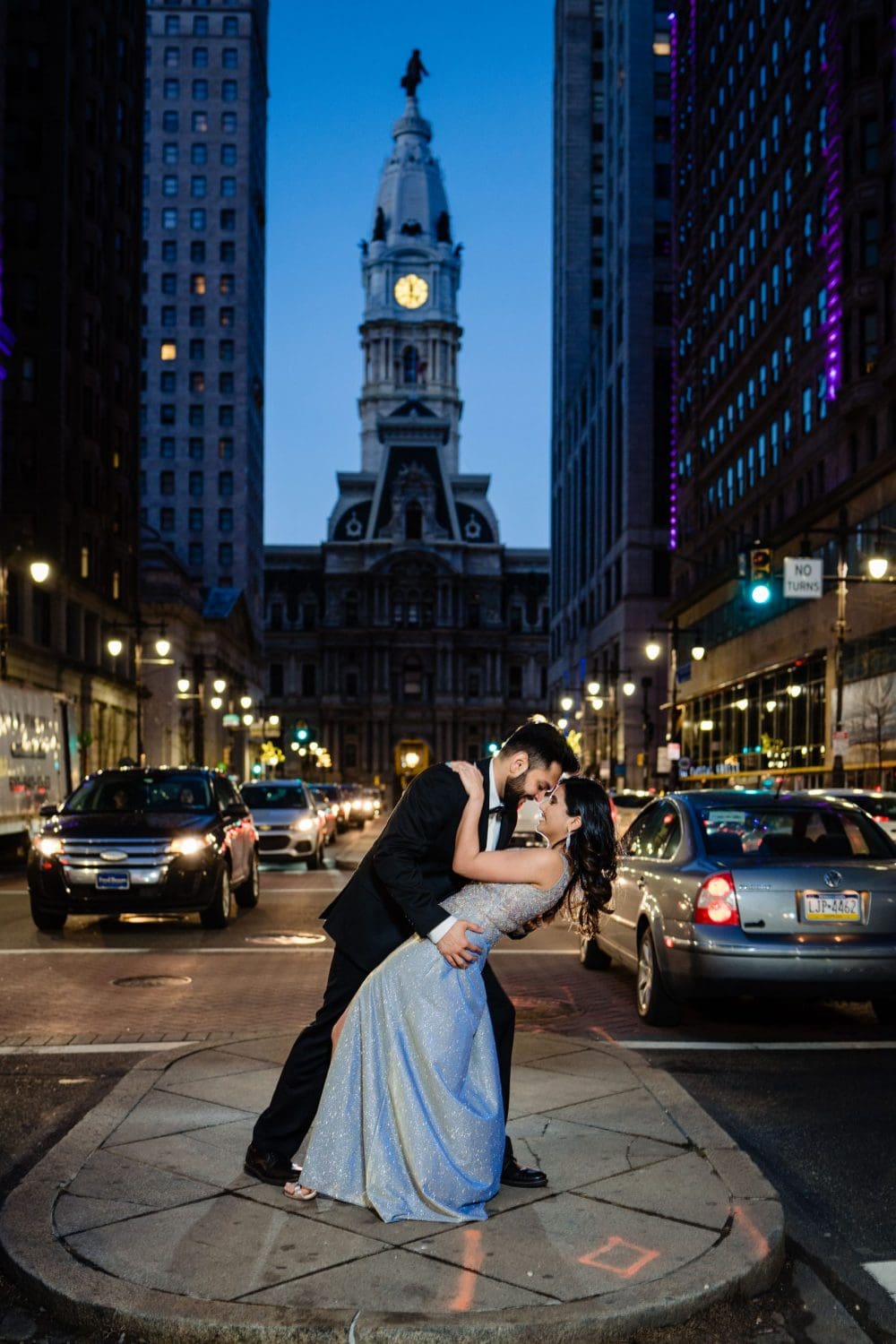 The couple wanted to have a glamorous shoot and take photos near City Hall. They also desired some stunning romantic visuals under the Race Street Pier bridge. Some of our favorite visuals from this session was the photos of the couple near City Hall in the midst of the busy Philly streets. It was heartwarming to see how soft and affectionate Aneri and Aaditya were with each other and they’re love exuded through the photos we captured. 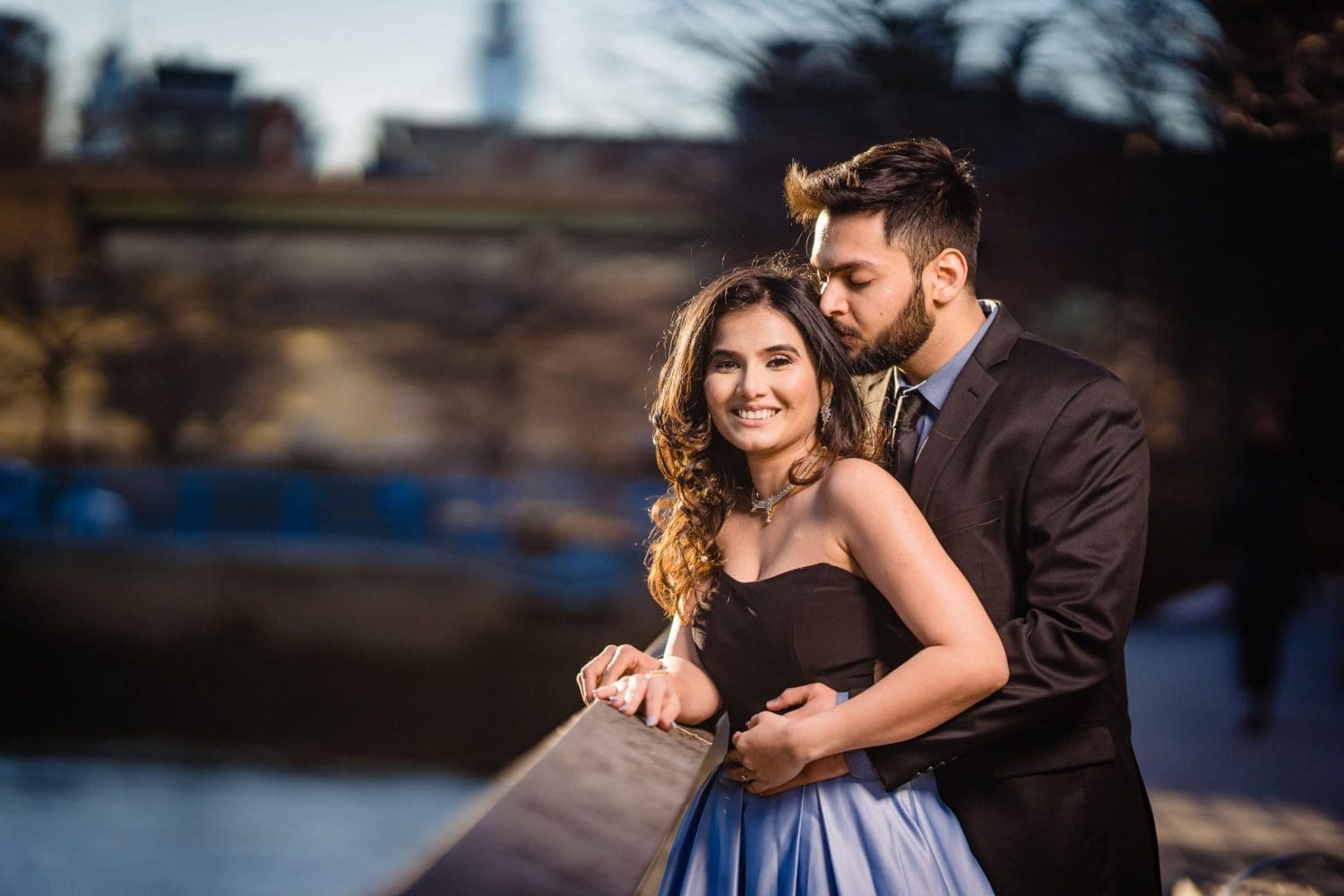 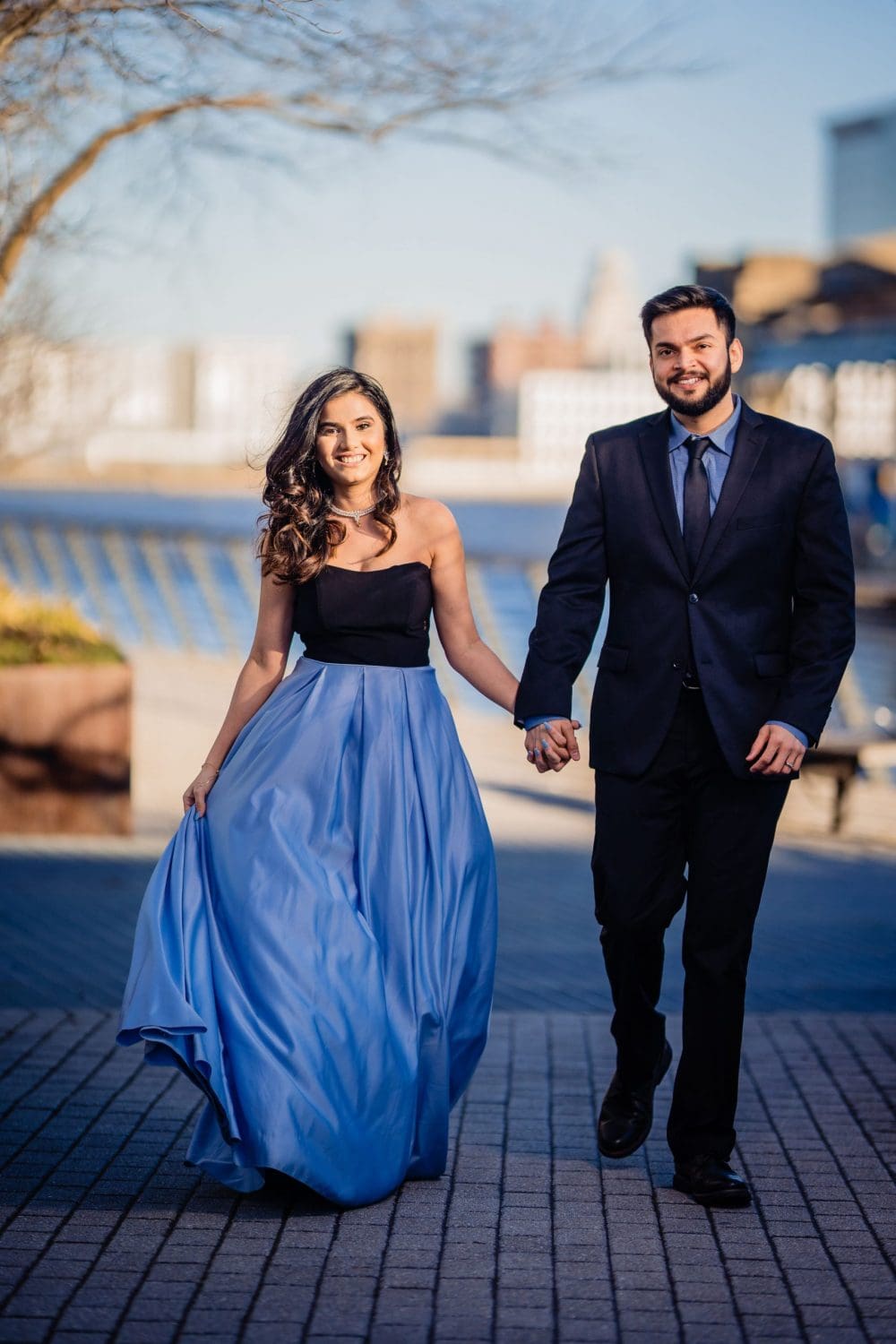 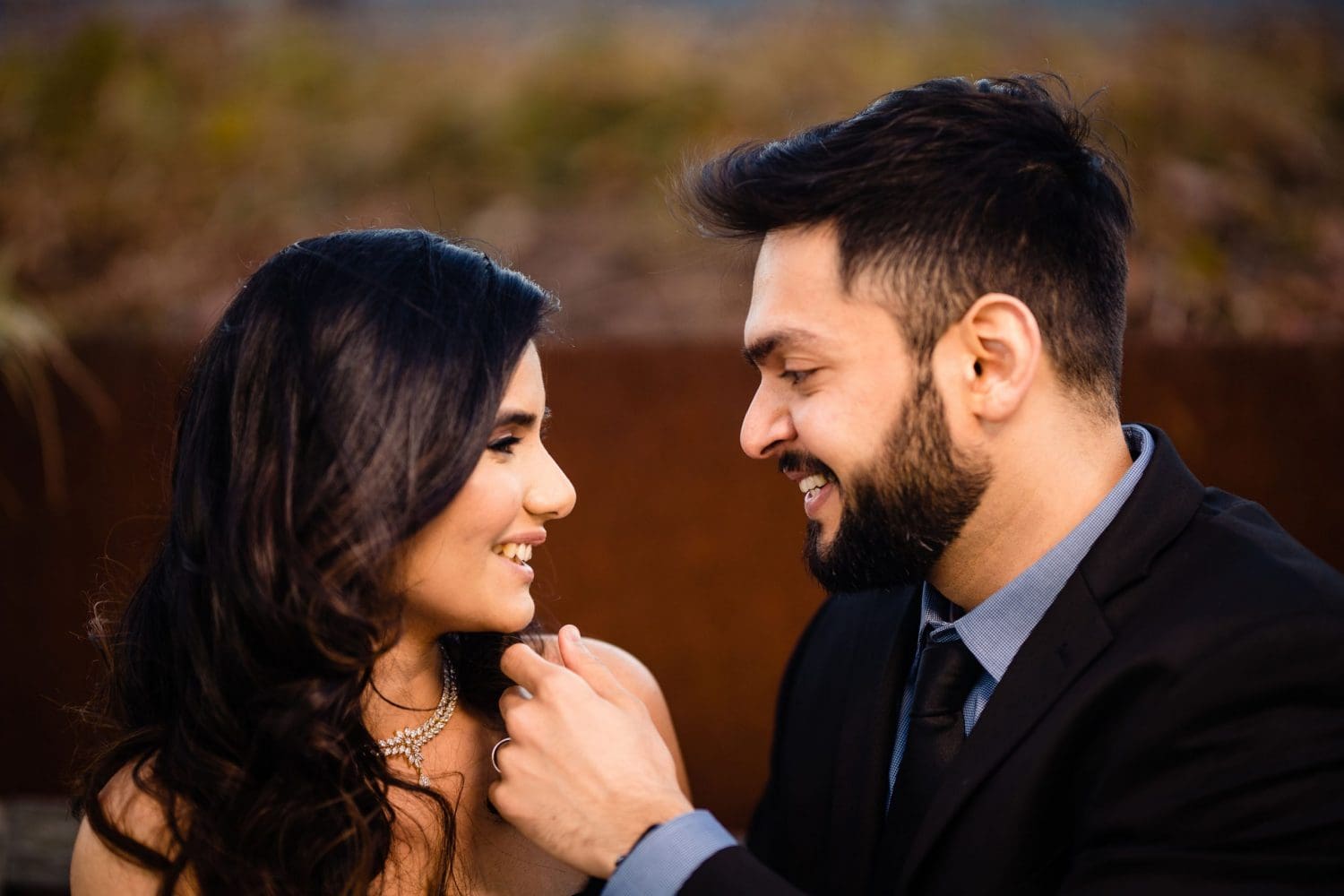 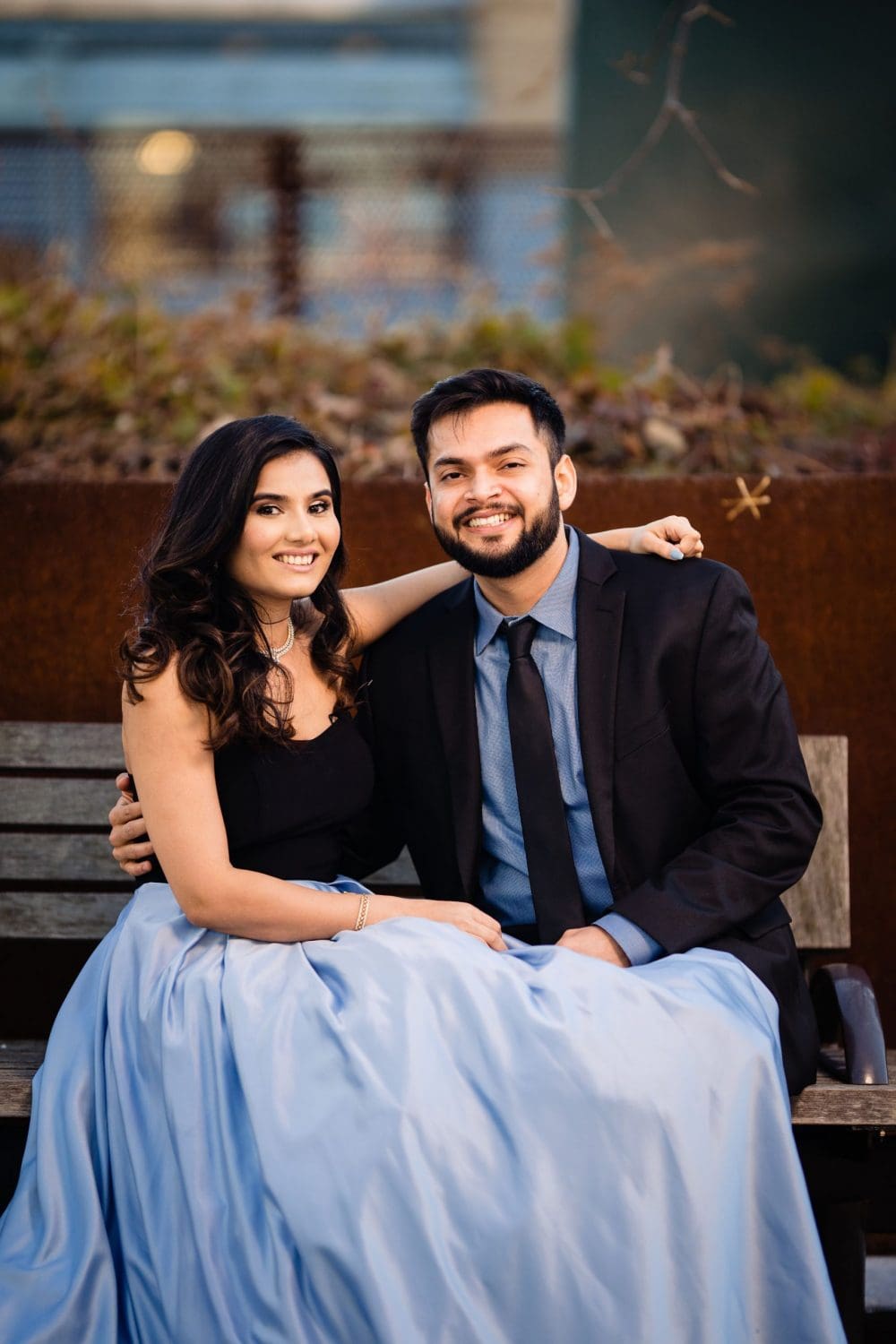 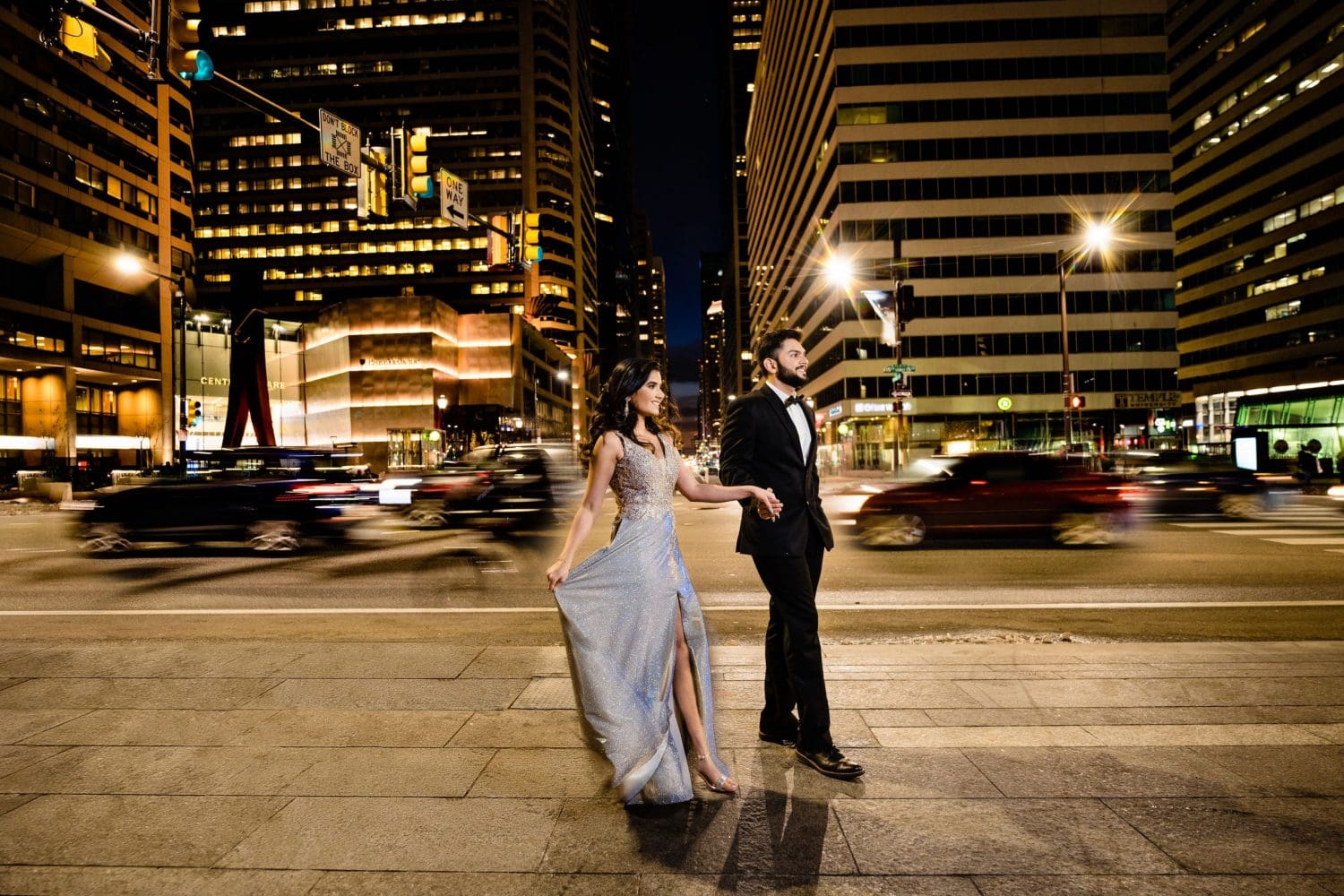 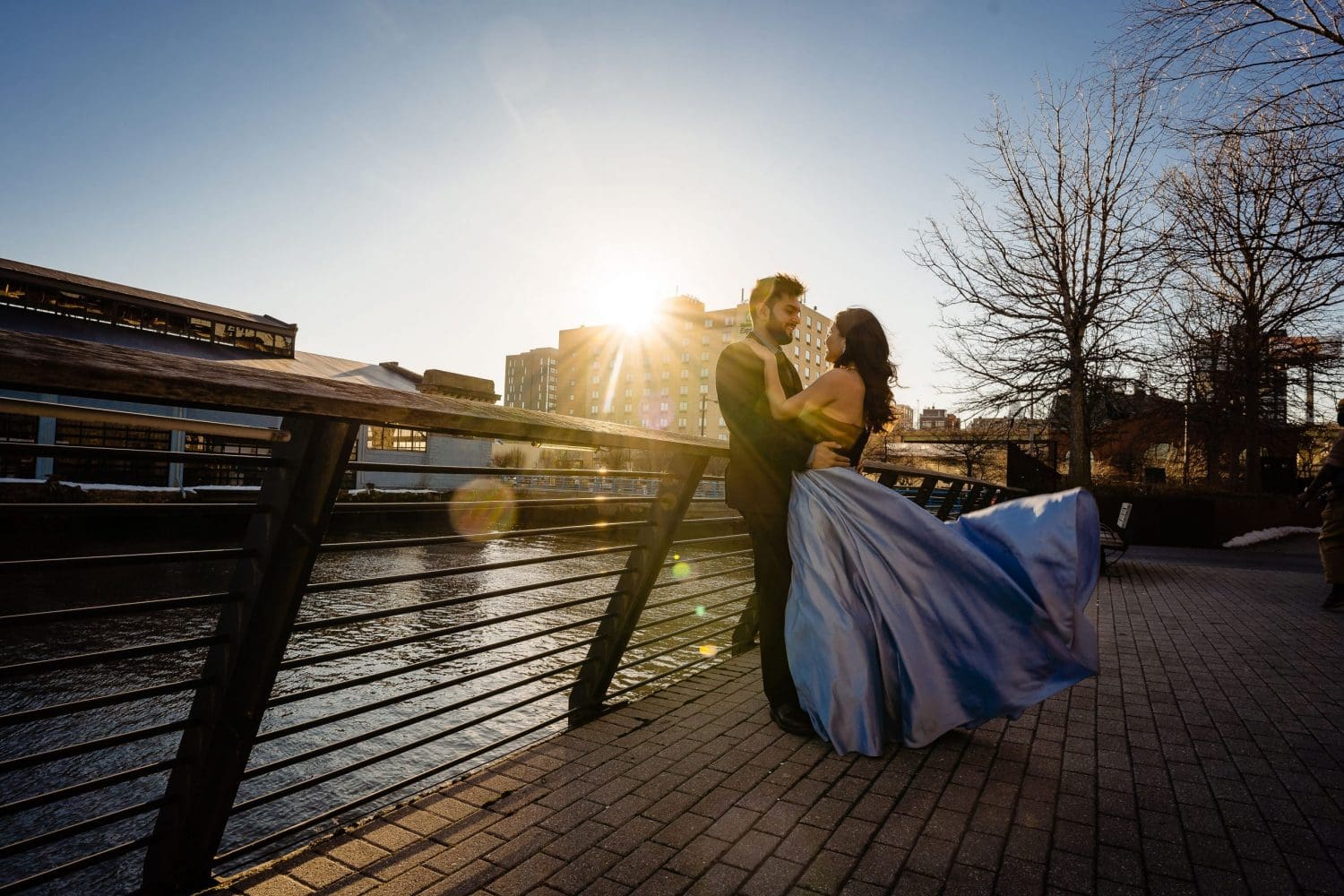 We were able to fulfill the couple’s wishes and capture pictures of them all over the downtown area. Aneri and Aaditya enjoyed working with our team and they were very happy with the visuals we produced. 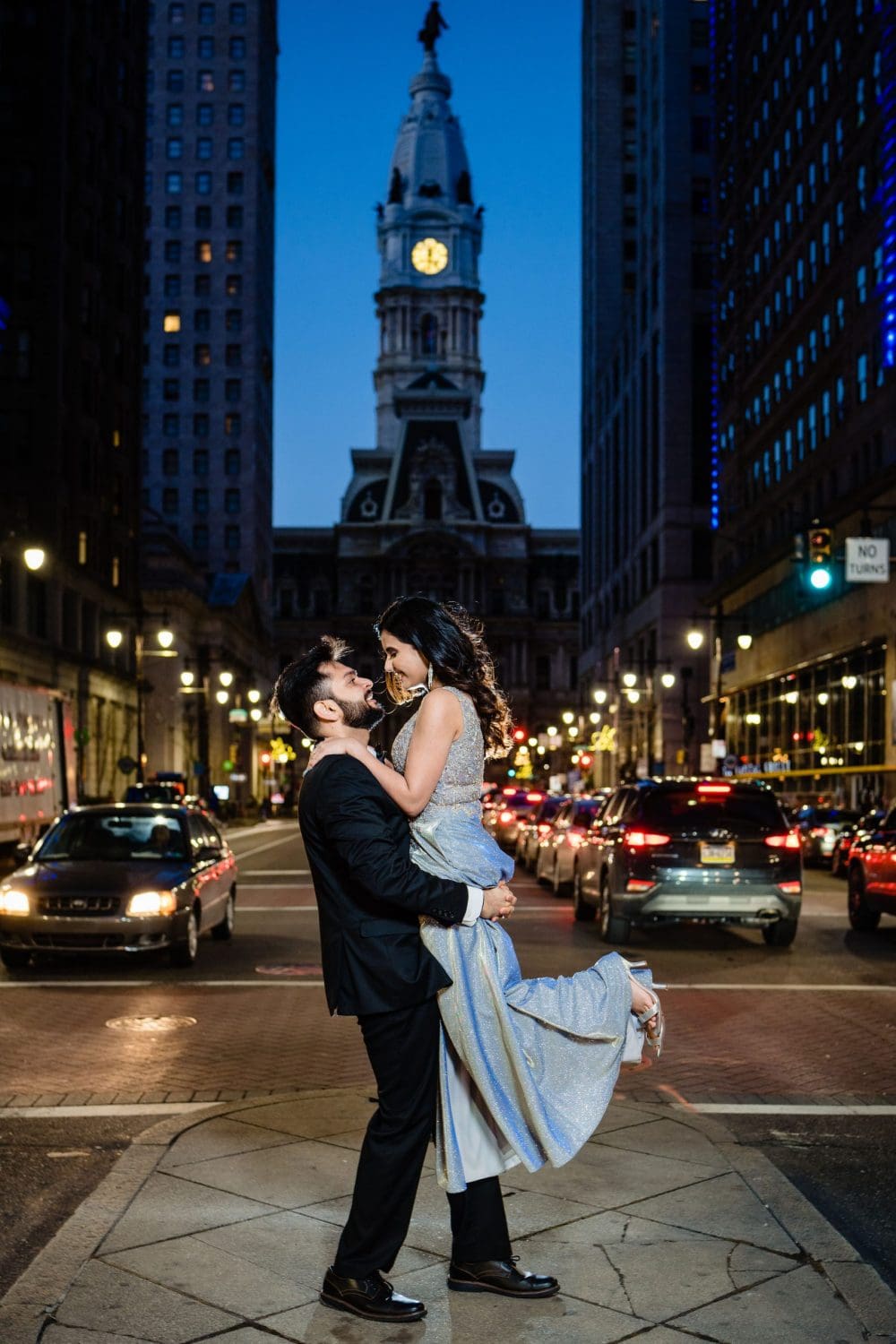 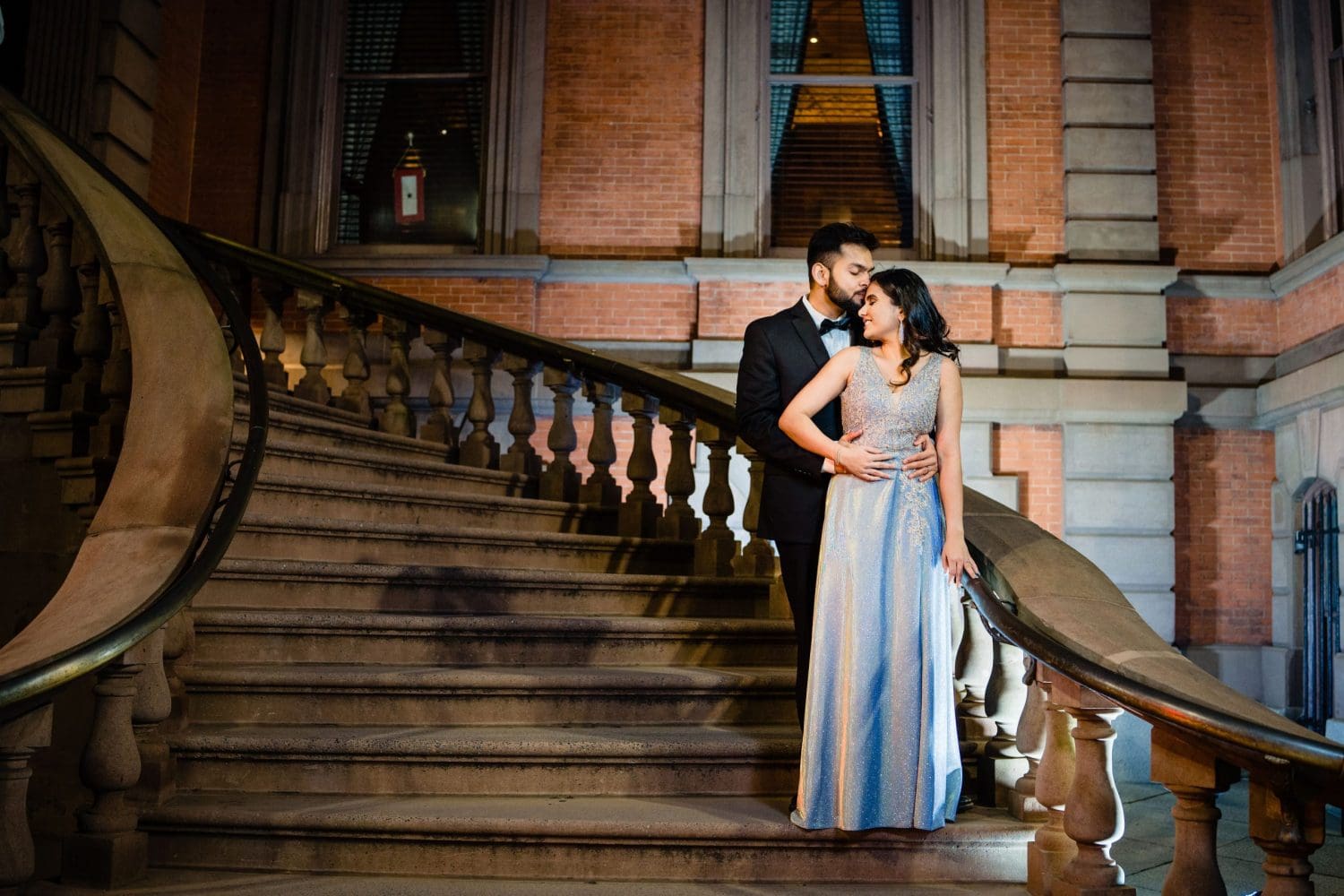 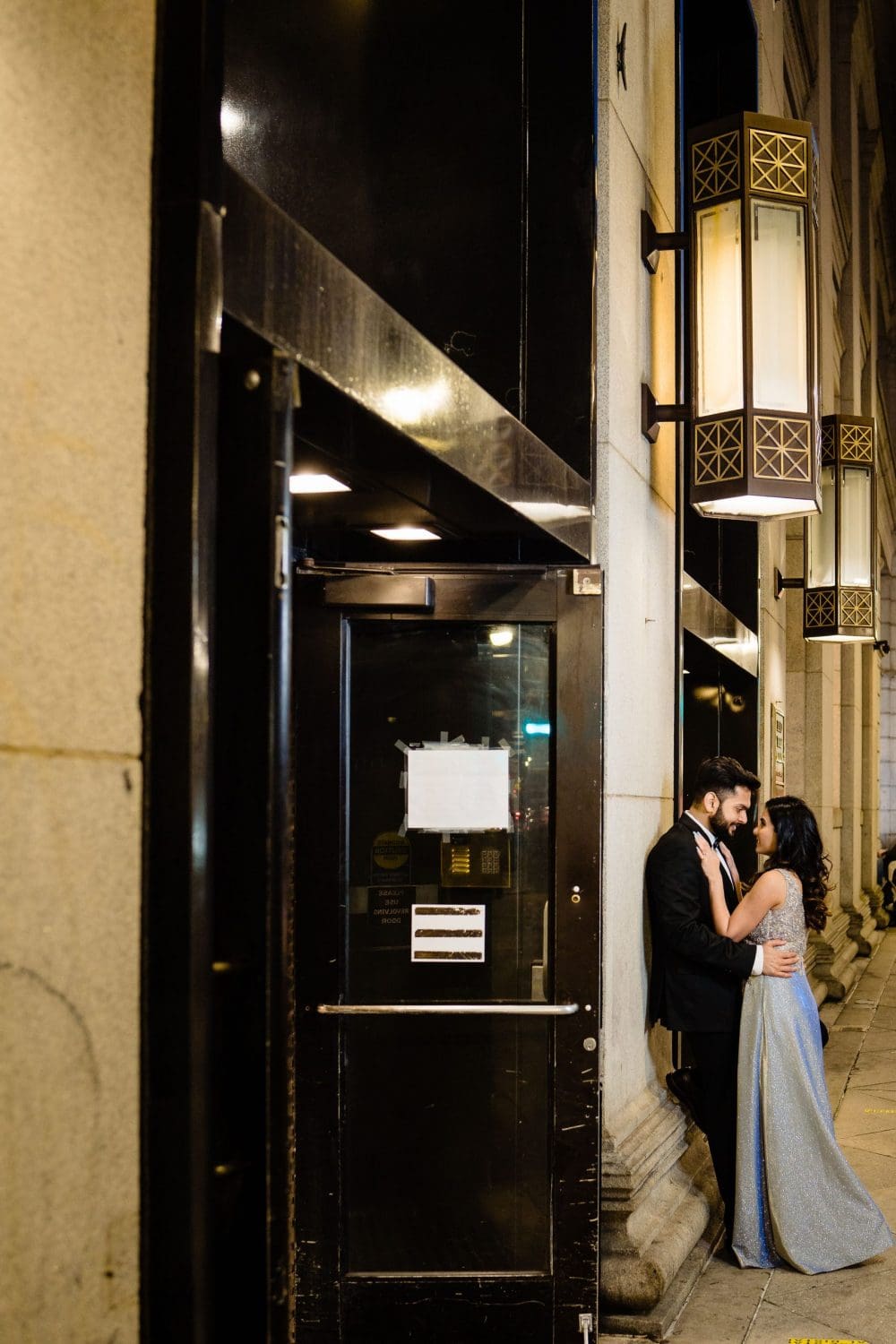 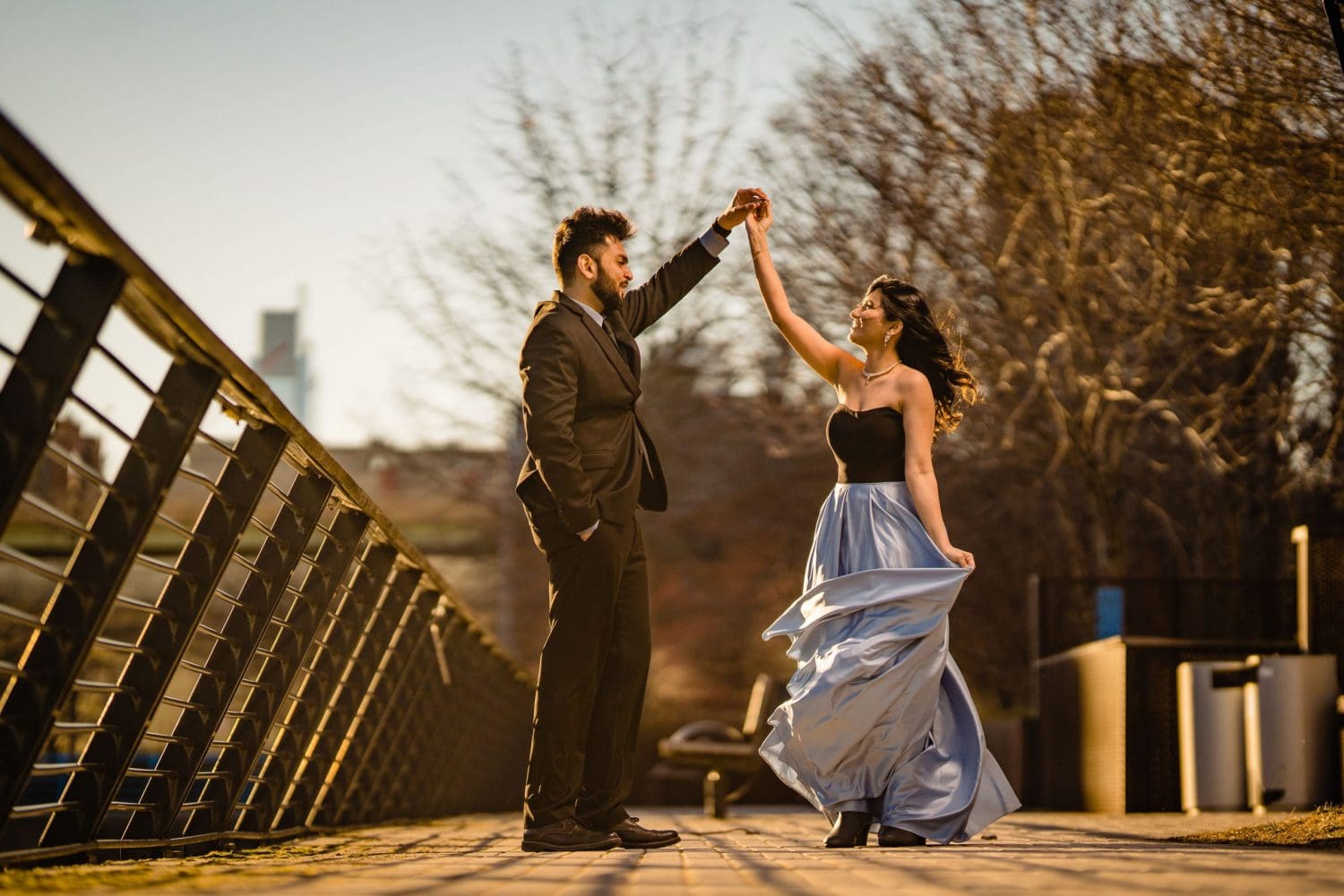 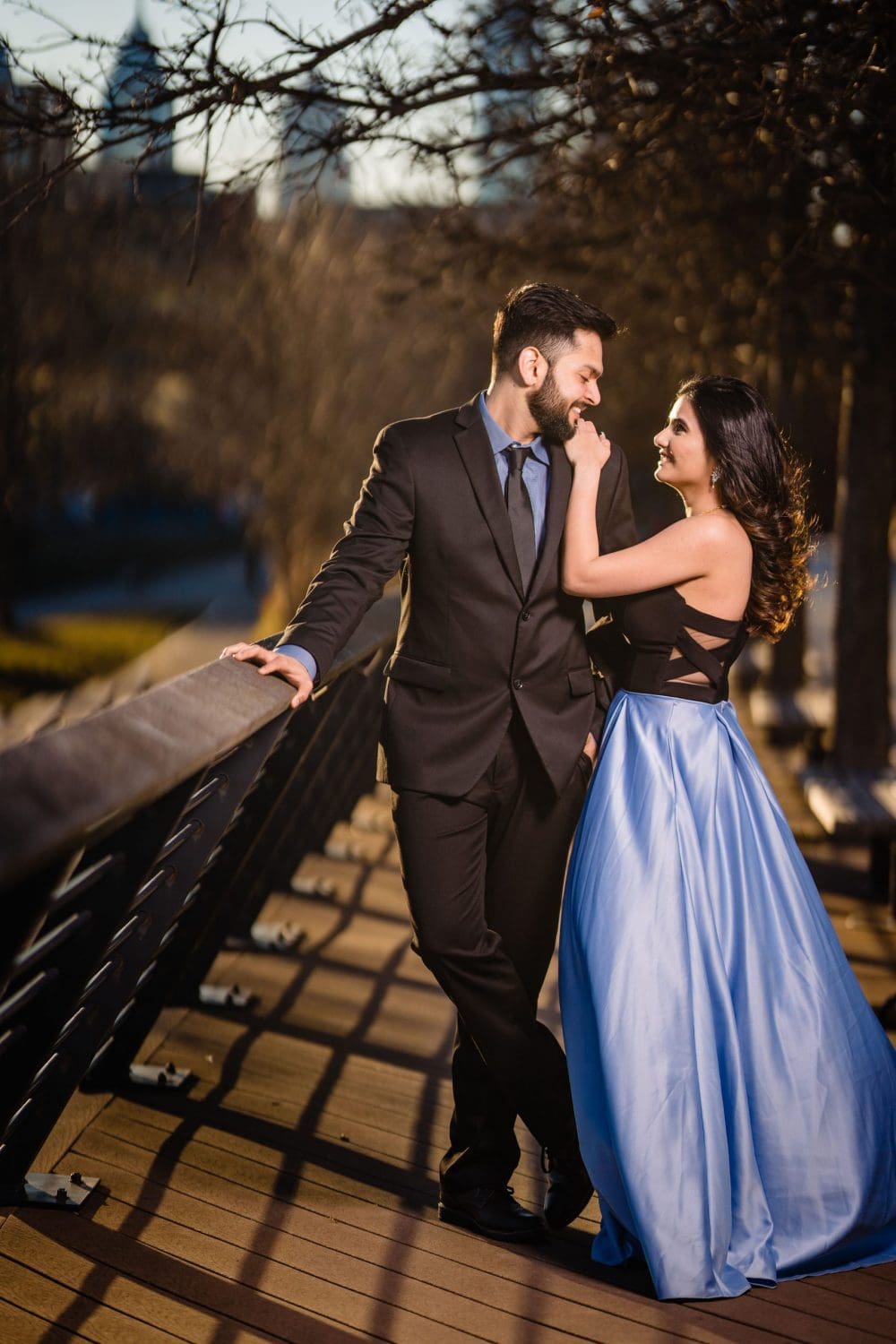 Celebrate your upcoming nuptials with a romantic photoshoot in Philadelphia or in one of your favorite locations. Your engagement is one of the most important time periods of your life and you should commemorate it the right way. The experienced engagement photography team at J&J Studios has worked producing high-quality visuals for numerous couples. Contact us today to learn more about our services.