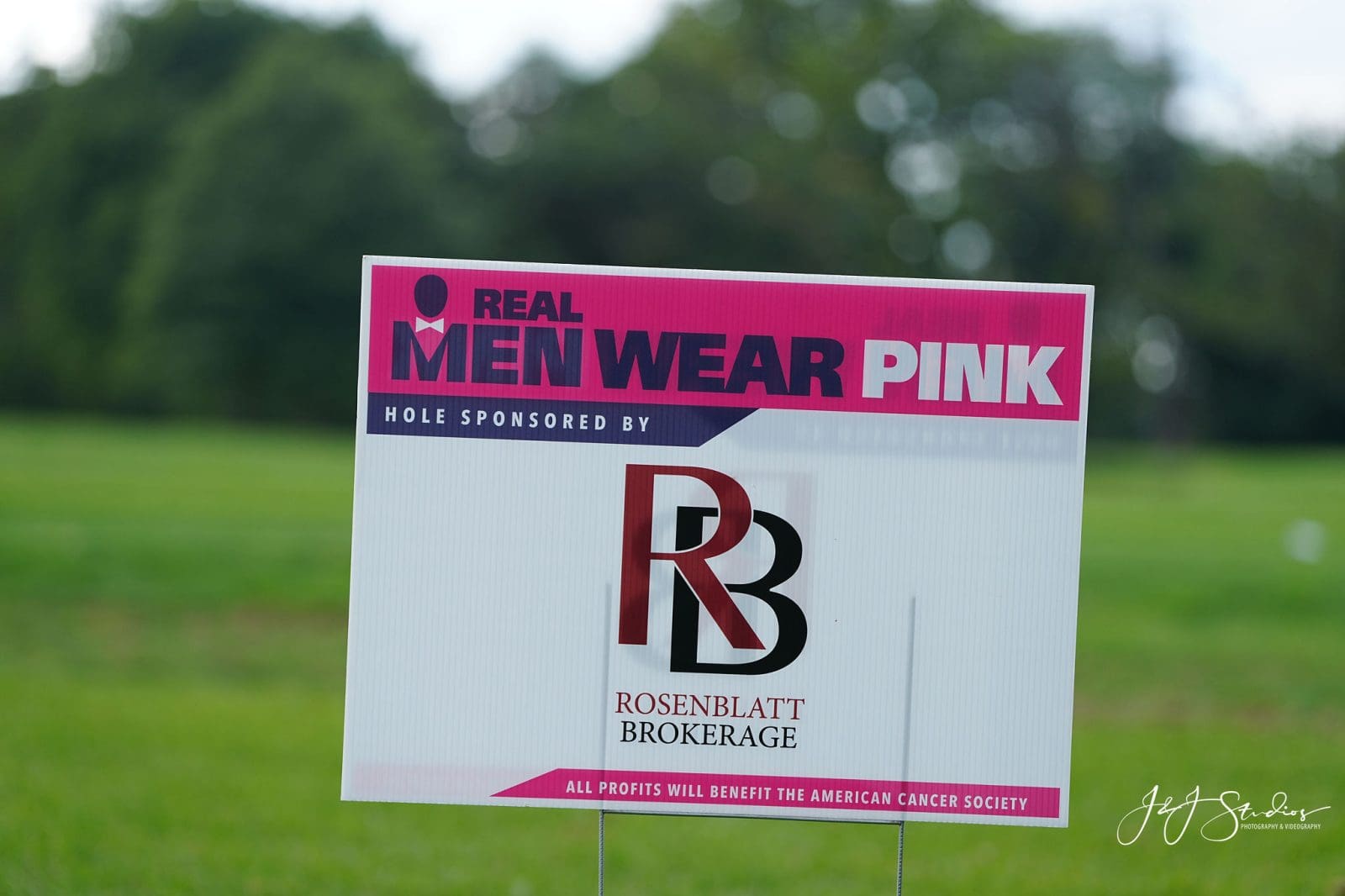 At one time in somewhat recent past, it was common to pigeonhole men and woman in certain categories and traits. However in in our current, more enlightened world, and the advent of the recognition of more than just traditional roles, different viewpoints have emerged. One of the old adages that certainly existed was the notion that men – real men – never wore anything but traditional colored clothing- browns, blacks, basic solids. So the thought of a man wearing something considered outlandish, like the color pink, would have been unheard of. So hence the term real men don’t wear pink emerged. But again, now in our current society, there’s a new twist in play. The color pink now represents the efforts to bring attention to the plight of cancer victims and the need for fundraising, research, and support. This applies to a group of men who are doing their best to shine the light on this worthy cause, and in this case, Real Men Wear Pink!

Real Men Wear Pink is a wonderful group that gets together to organize events and initiatives to bring attention to this noble area that impacts countless people – friends, family, and those who love them.

As a Real Men Wear Pink ambassador, leaders commit to:
– Wearing pink throughout October
– Raising awareness for the cause through their personal, professional and social media networks
– Raising a minimum of $2,500 to help the American Cancer Society fight breast cancer.

This initiative deserves acknowledgment and recognition, and what better way then them engaging one of Philadelphia’s leading photographers than award-winning photographer, John Ryan of J&J Studios Philadelphia. A bit more about John Ryan later. For now, take a look at the photos John was able to capture to highlight the efforts of this impressive group. 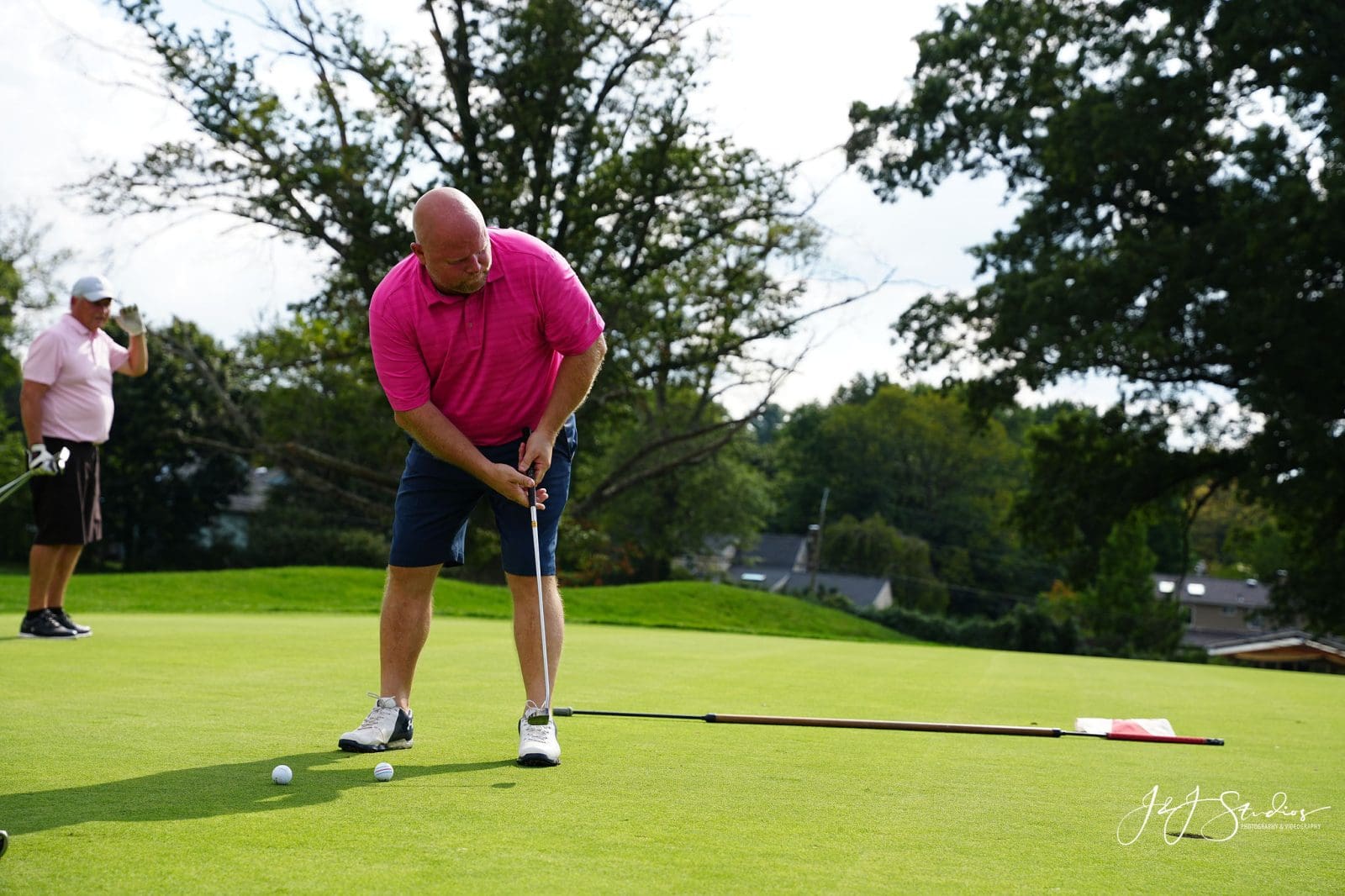 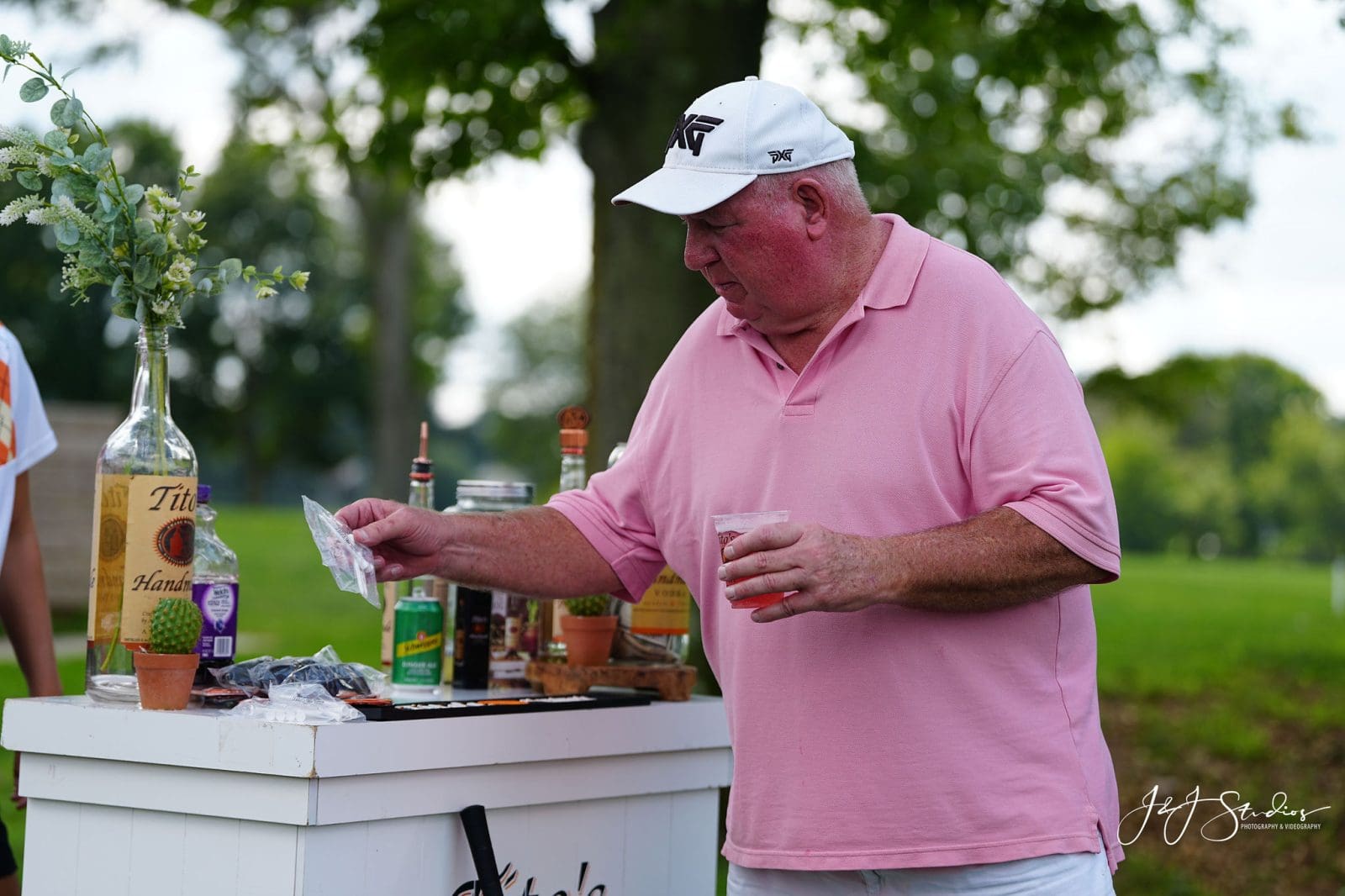 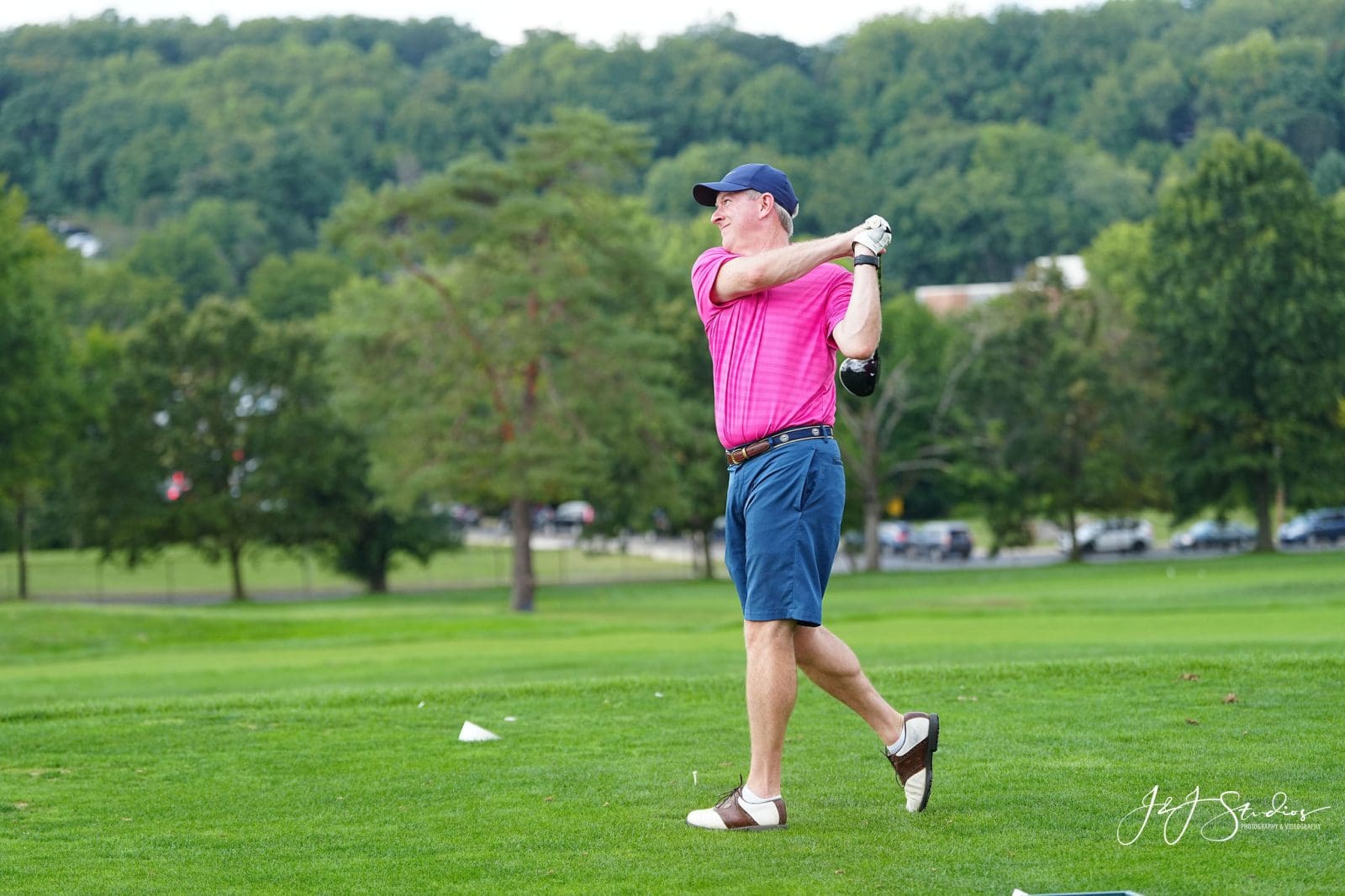 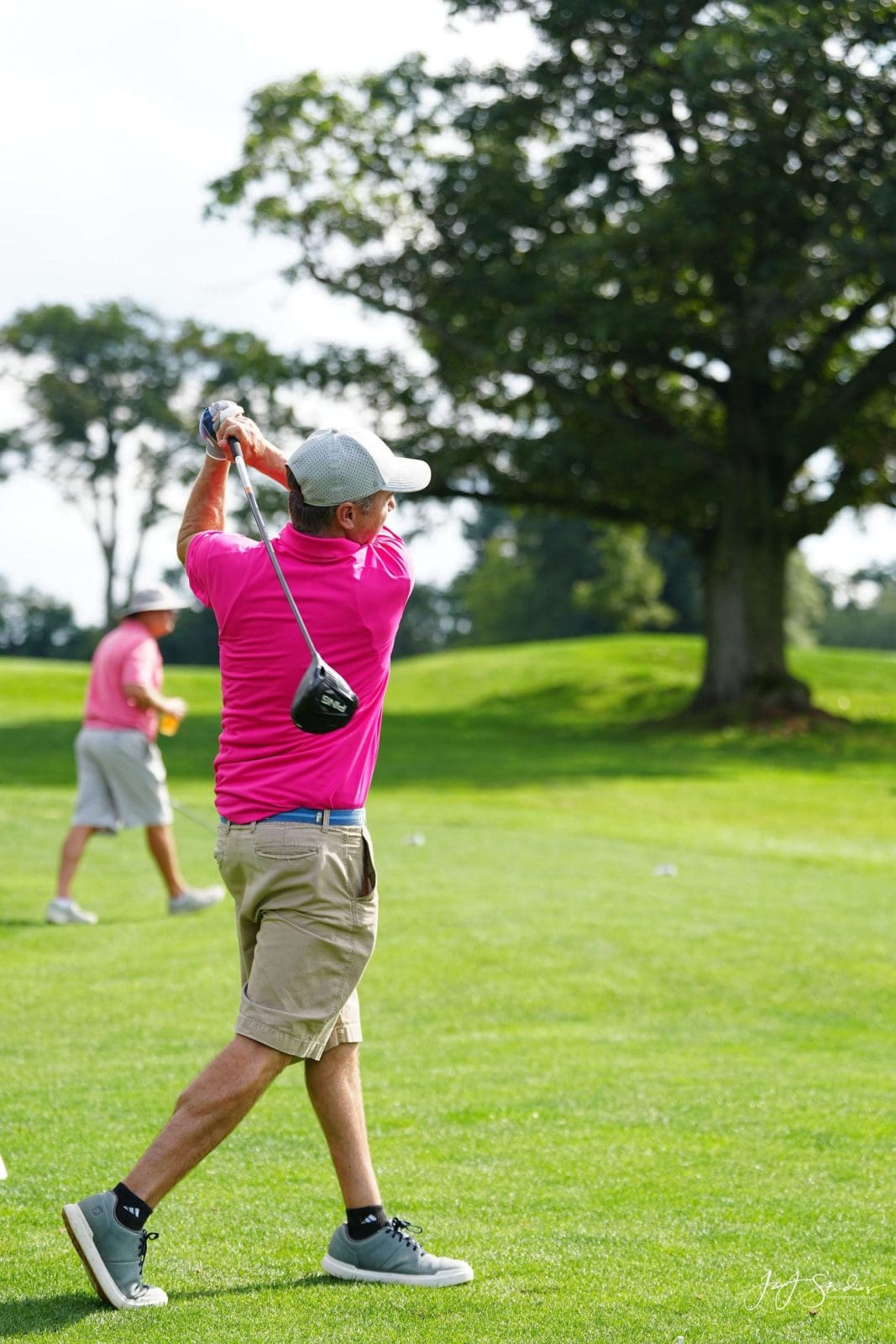 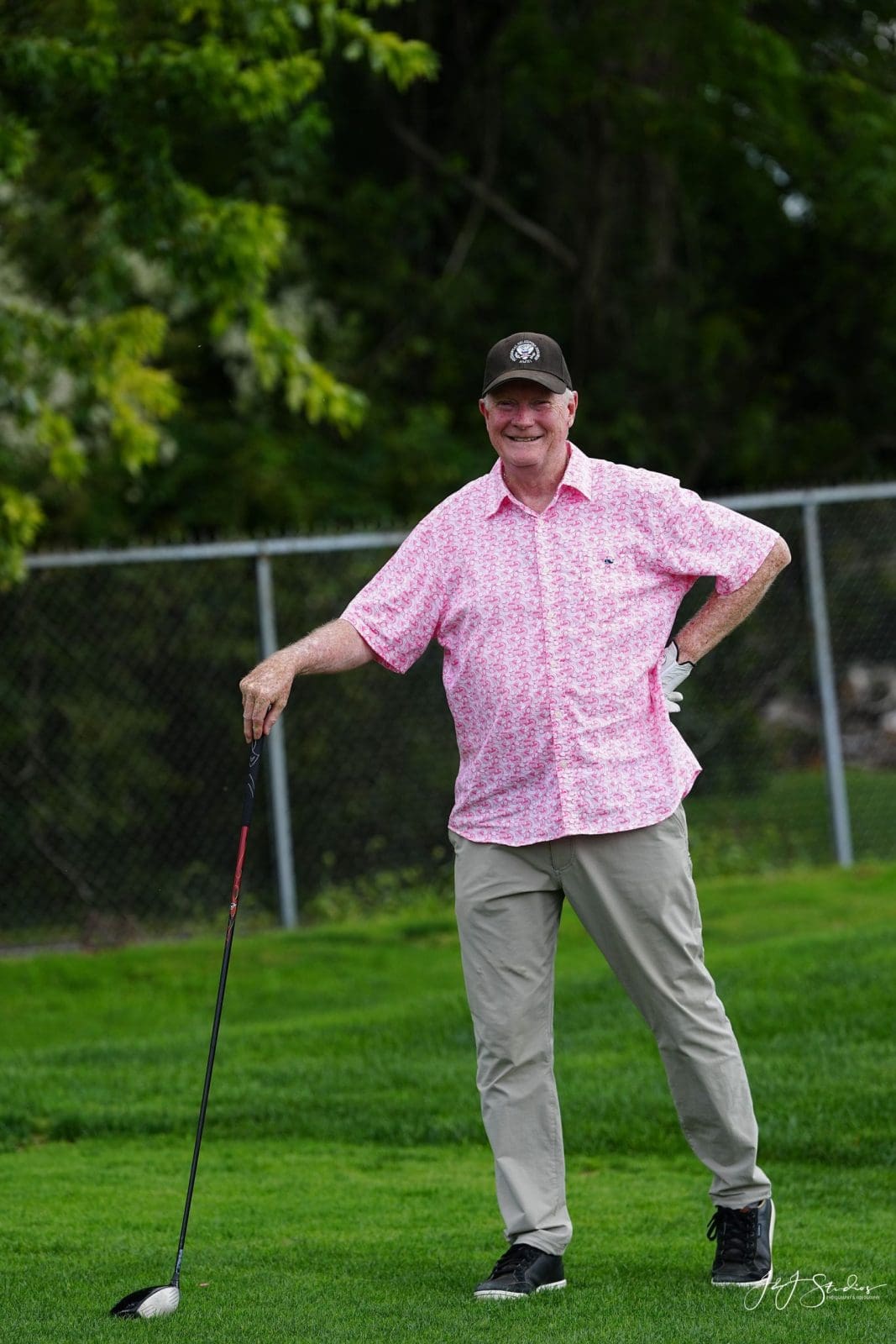 As you can see from the action photos this fund raiser centered around a golf outing organized by local Ambassadors to raise funds for the continued Cancer research. John has managed to capture the skill and commitment these golfers have to the game, while at the same time providing financial support to go towards the many Cancer research initiatives that are so very reliant on such fundraising efforts. 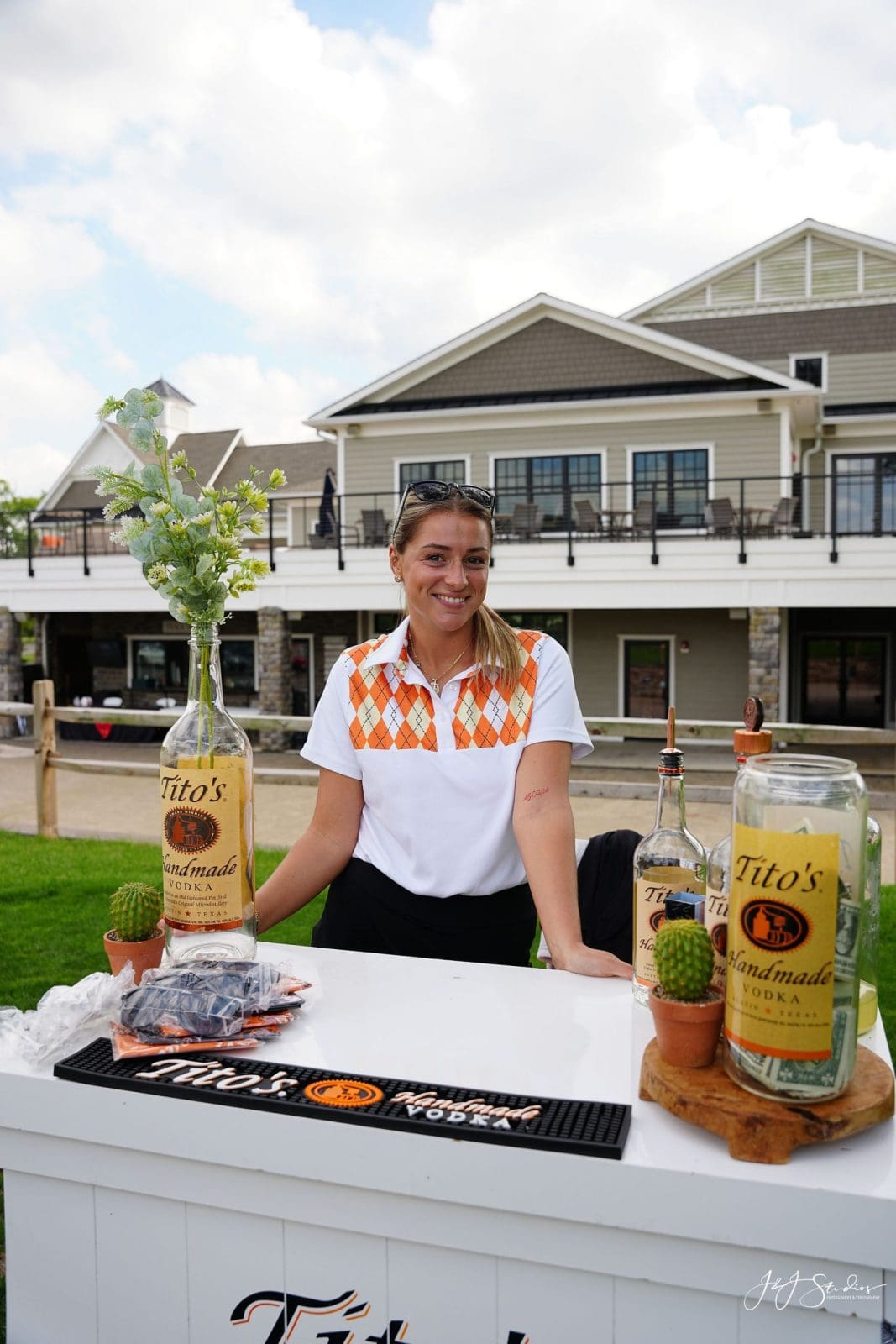 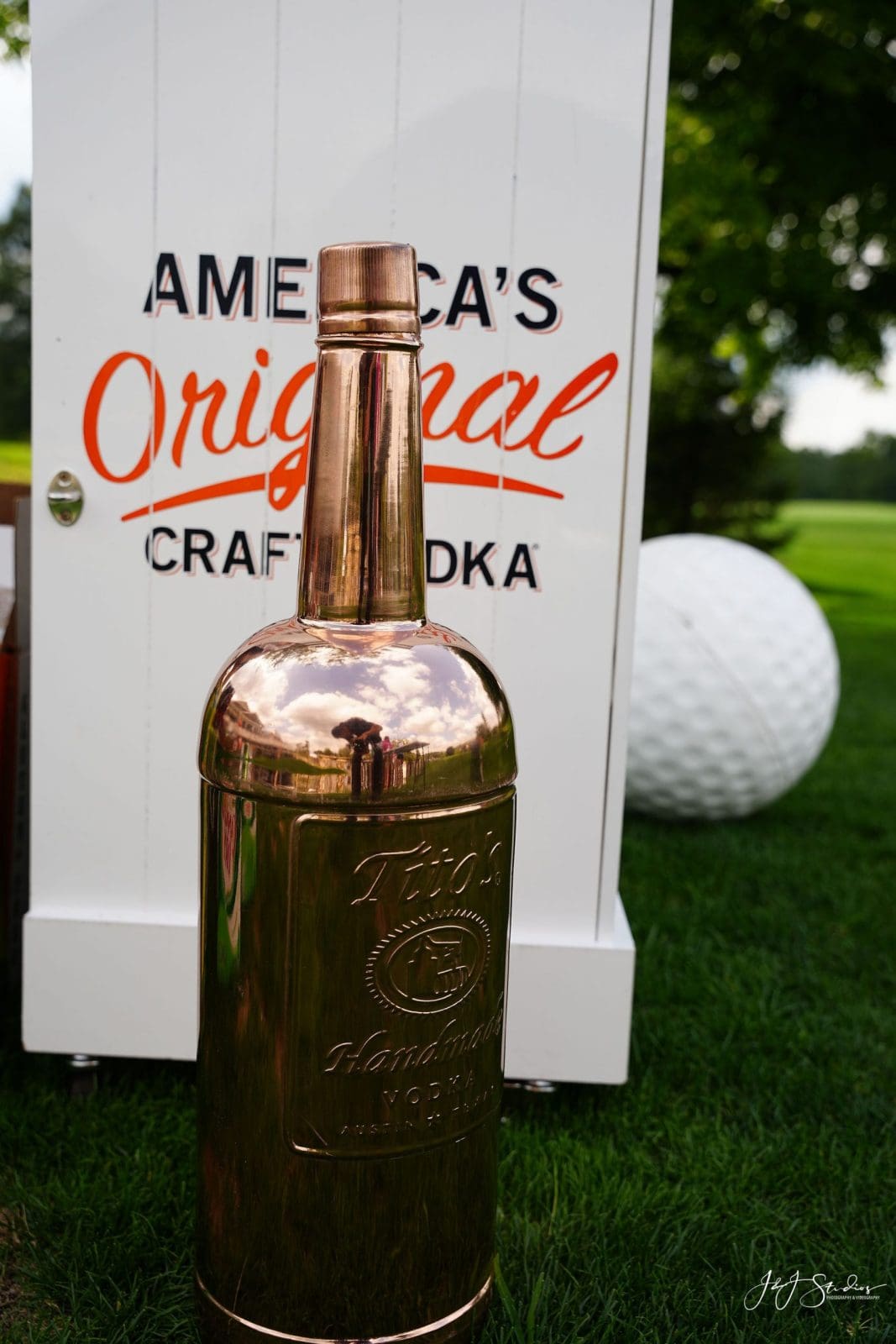 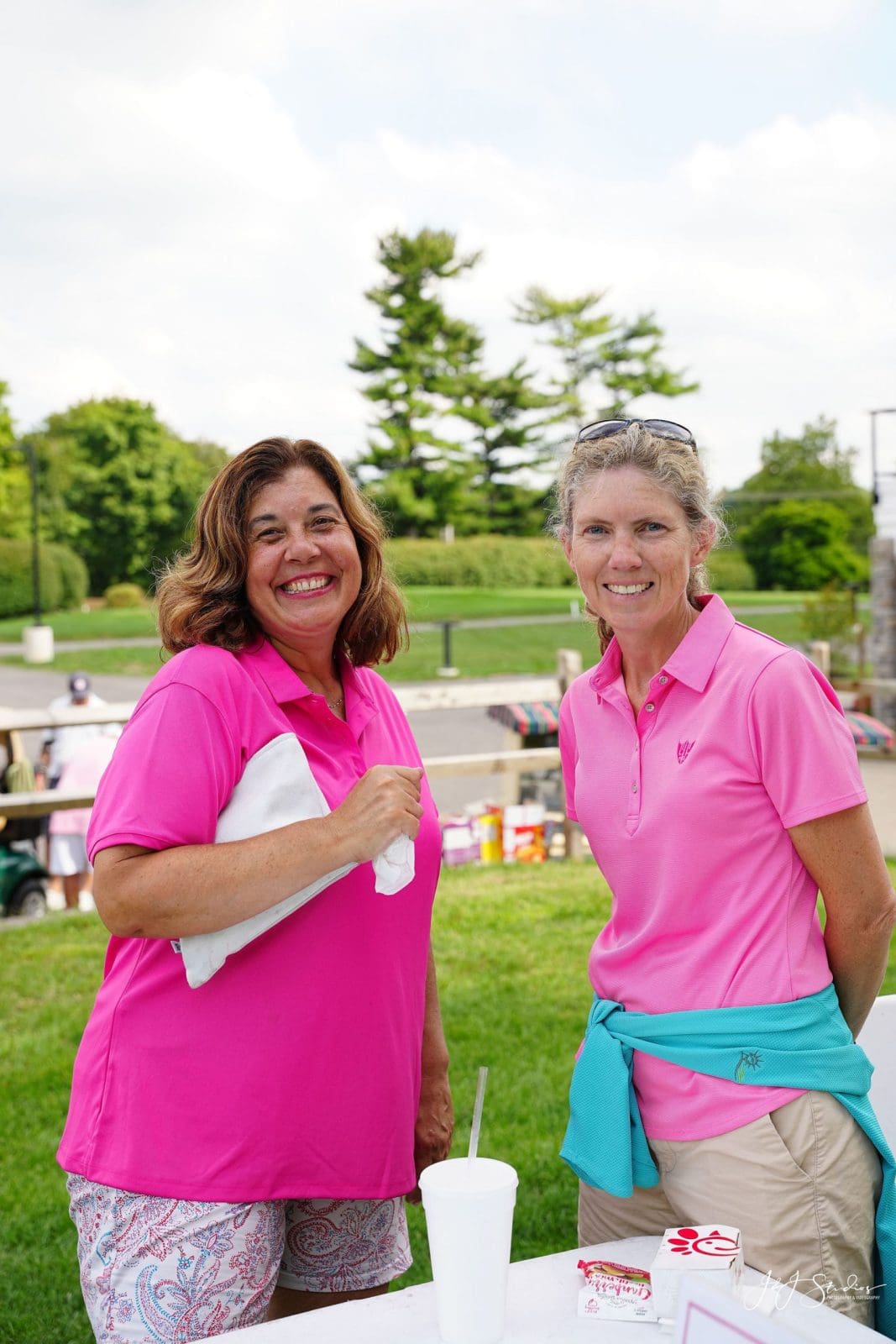 As you can see, real men are not the only persons to wear pink! When it comes to fundraising for a worthwhile cause , the help and support of others is needed and appreciated. Along with the support of their female counterparts it’s also important to secure sponsors to help generate interest and participation in an organized activity such as a golfing outing. 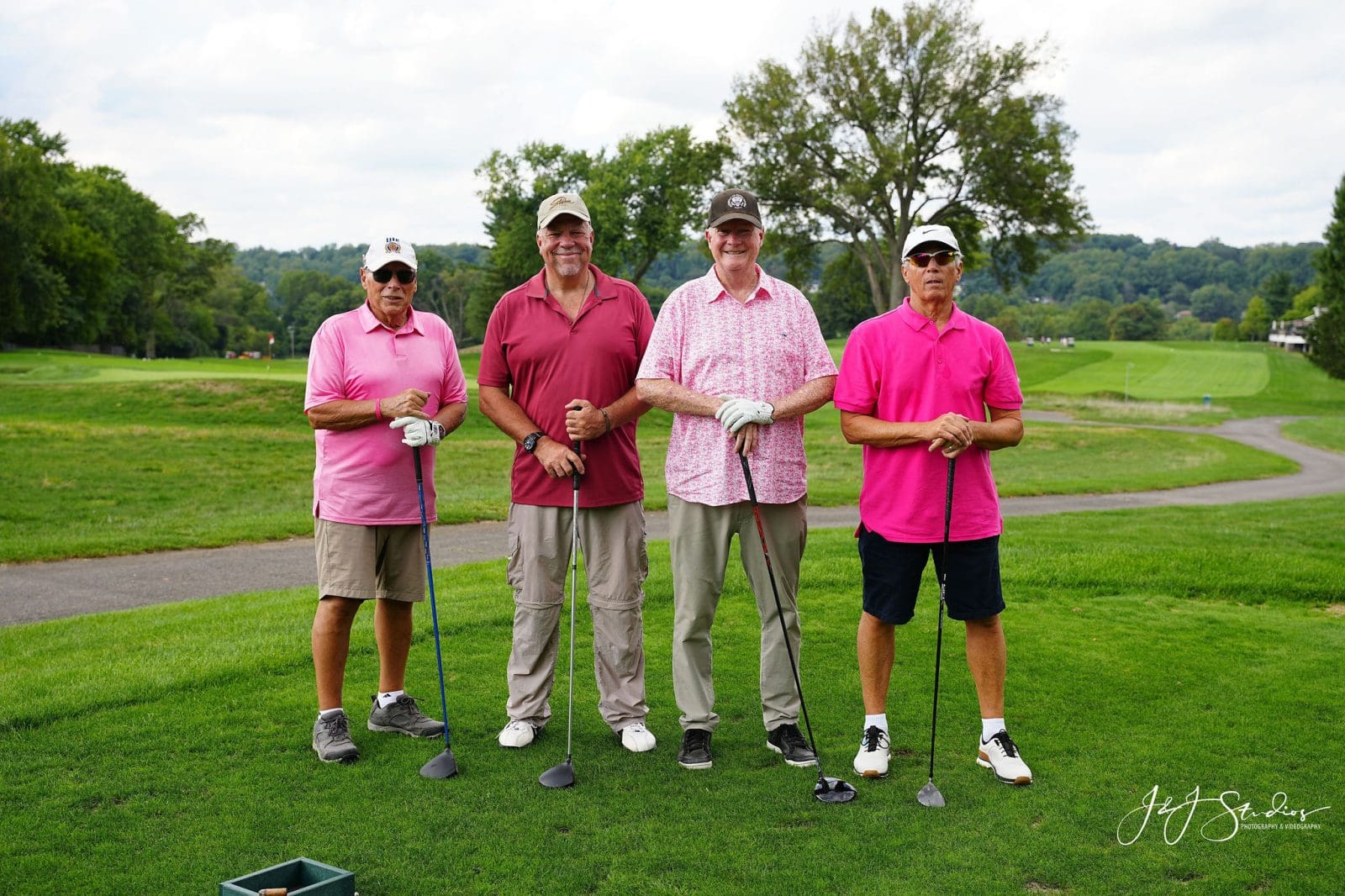 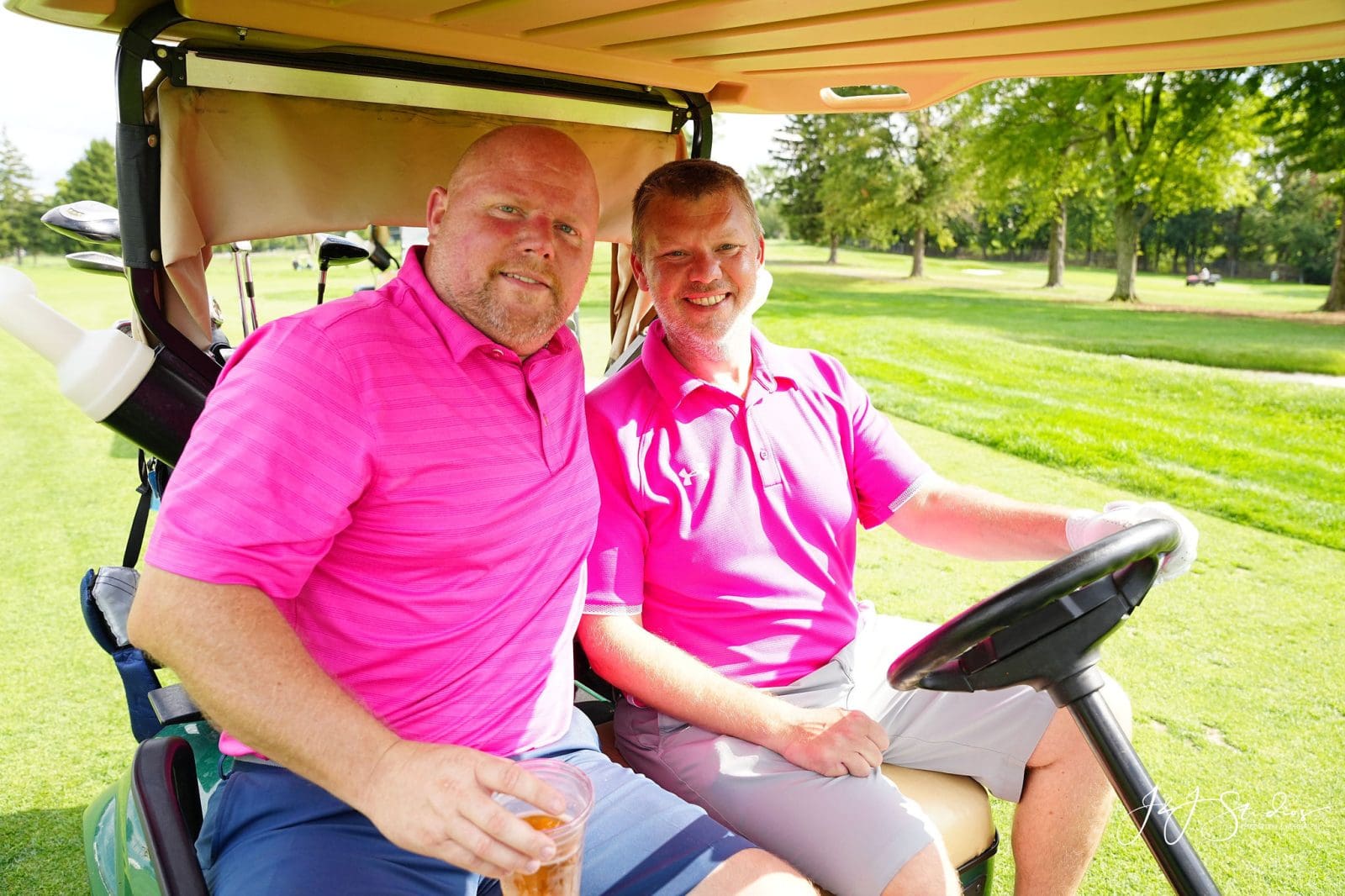 This effort by the Real Men Wear Pink was a great success and their efforts were very much appreciated by the Cancer research groups that benefited from their fundraiser. While John Ryan is a well-known wedding photographer in the Philadelphia and the suburbs of Pennsylvania and beyond, he is equally engaged and sought after for numerous memorable activities. In addition to weddings, John is equally at home grabbing memorable moments for events such as engagements, bar and bat mitzvahs, corporate and sporting events, as well as professional and family portraits. John’s talents stretches across all of these memorable events and should be someone you would be fortunate enough to secure for your special moments. If you are interested go to J&J Studios for more information about John and his team.