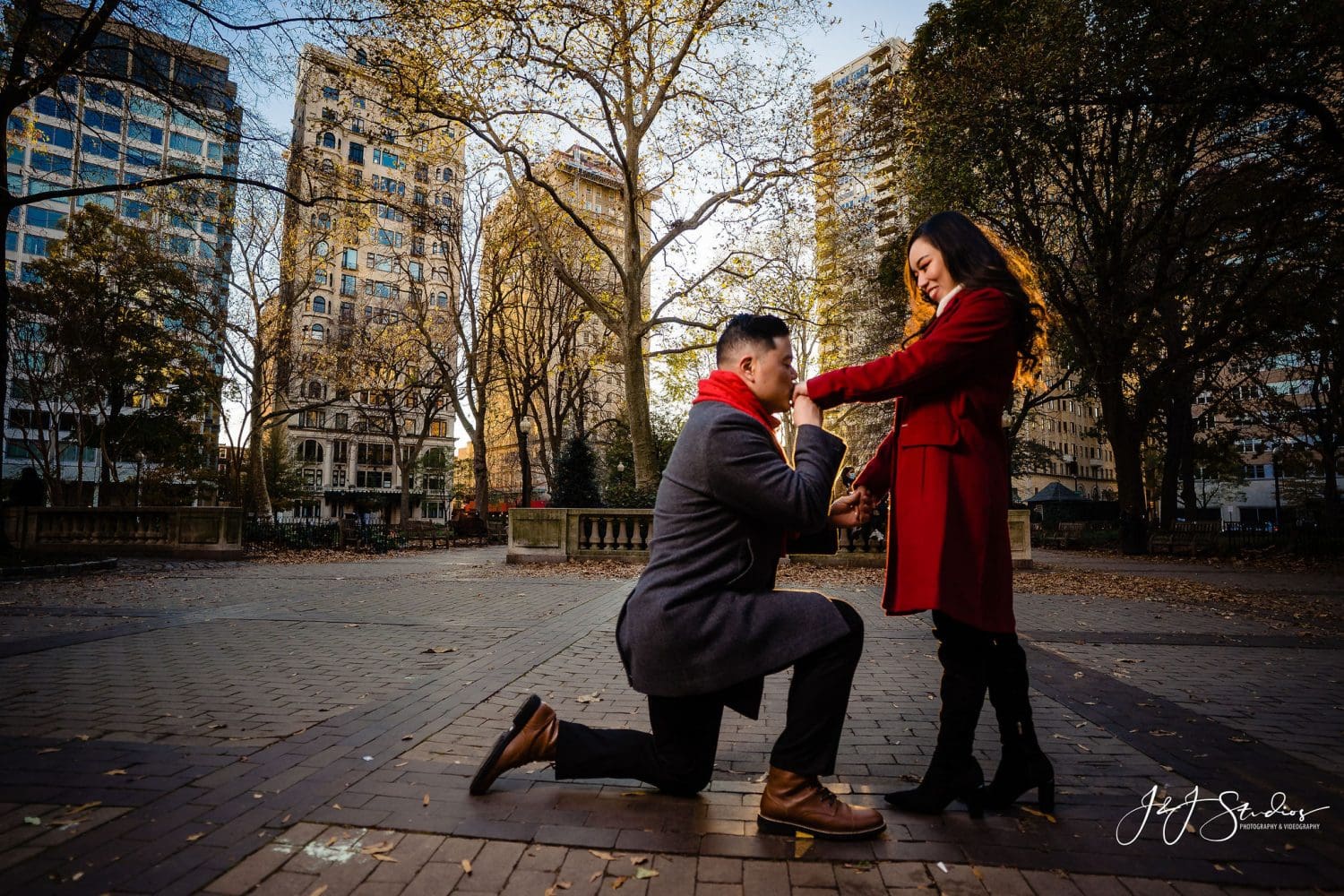 It was the perfect fall afternoon for Johannah and Crophil’s anniversary session. We pretty much had Rittenhouse Square to ourselves which was great because this day was all about Johannah and Crophil commemorating their special day. The brown and red-colored leaves, the bright sun that shined high in the sky, and the pop of vibrant red outerwear that the couple wore are some key elements that brought this Rittenhouse Square anniversary session to life. 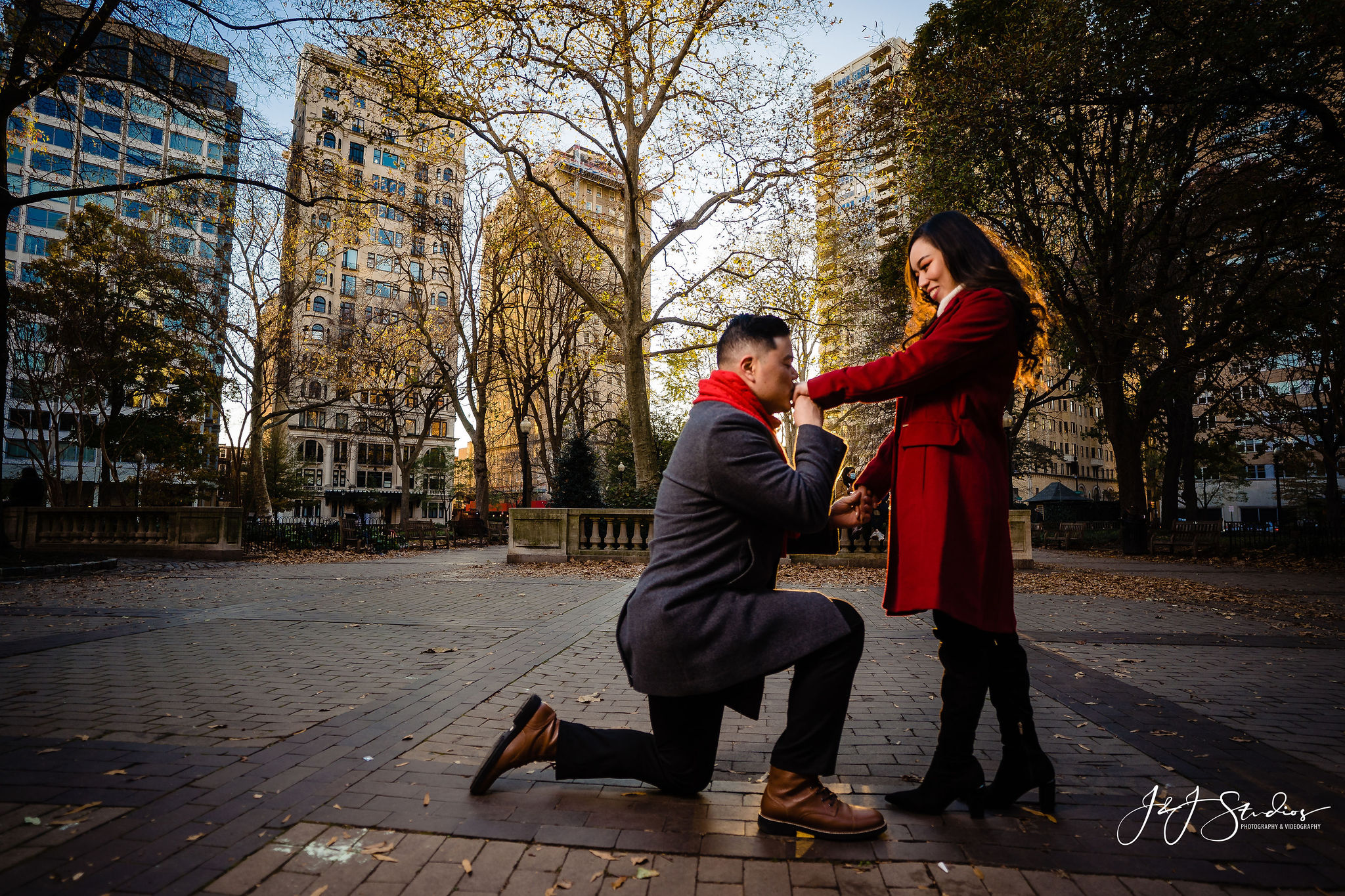 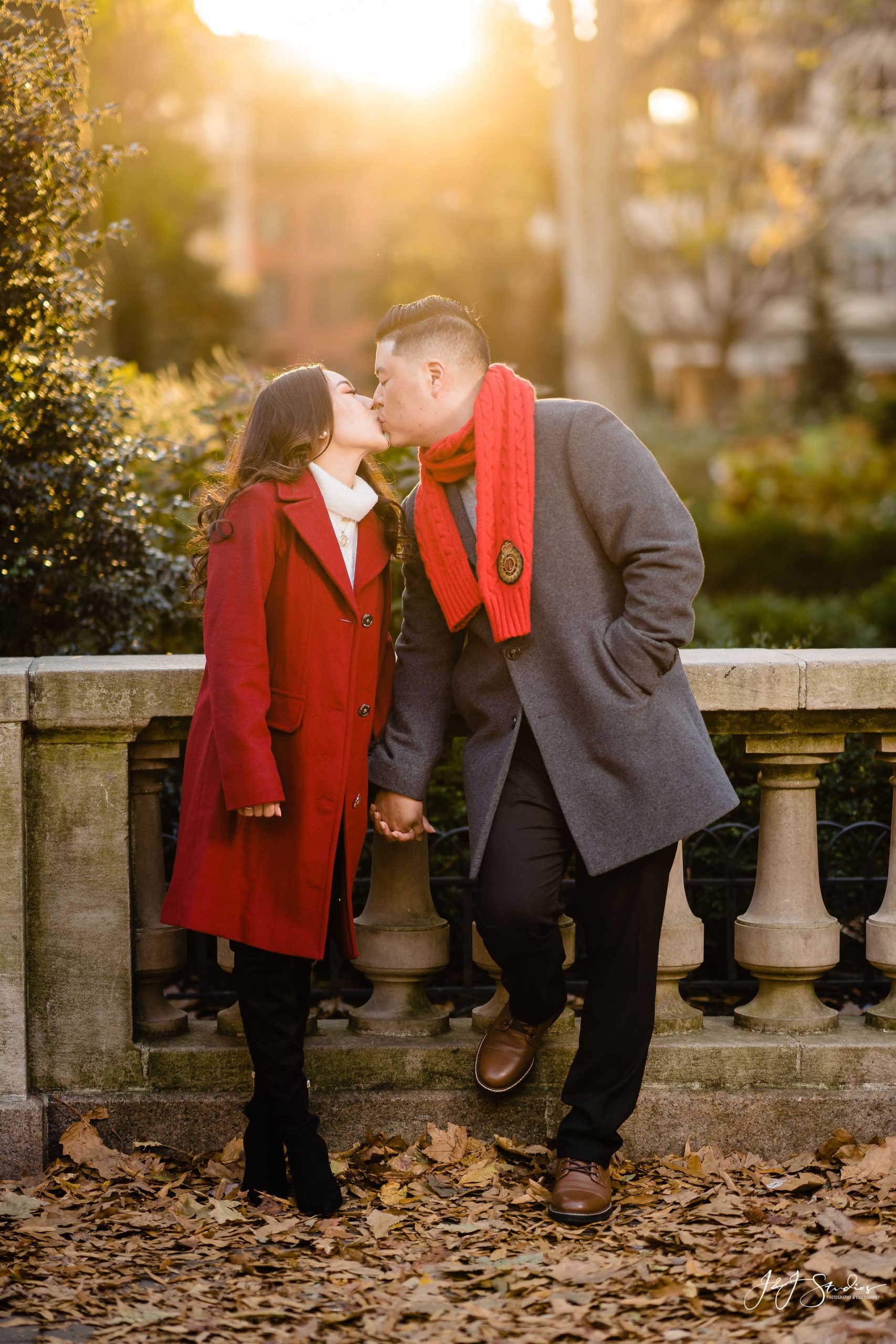 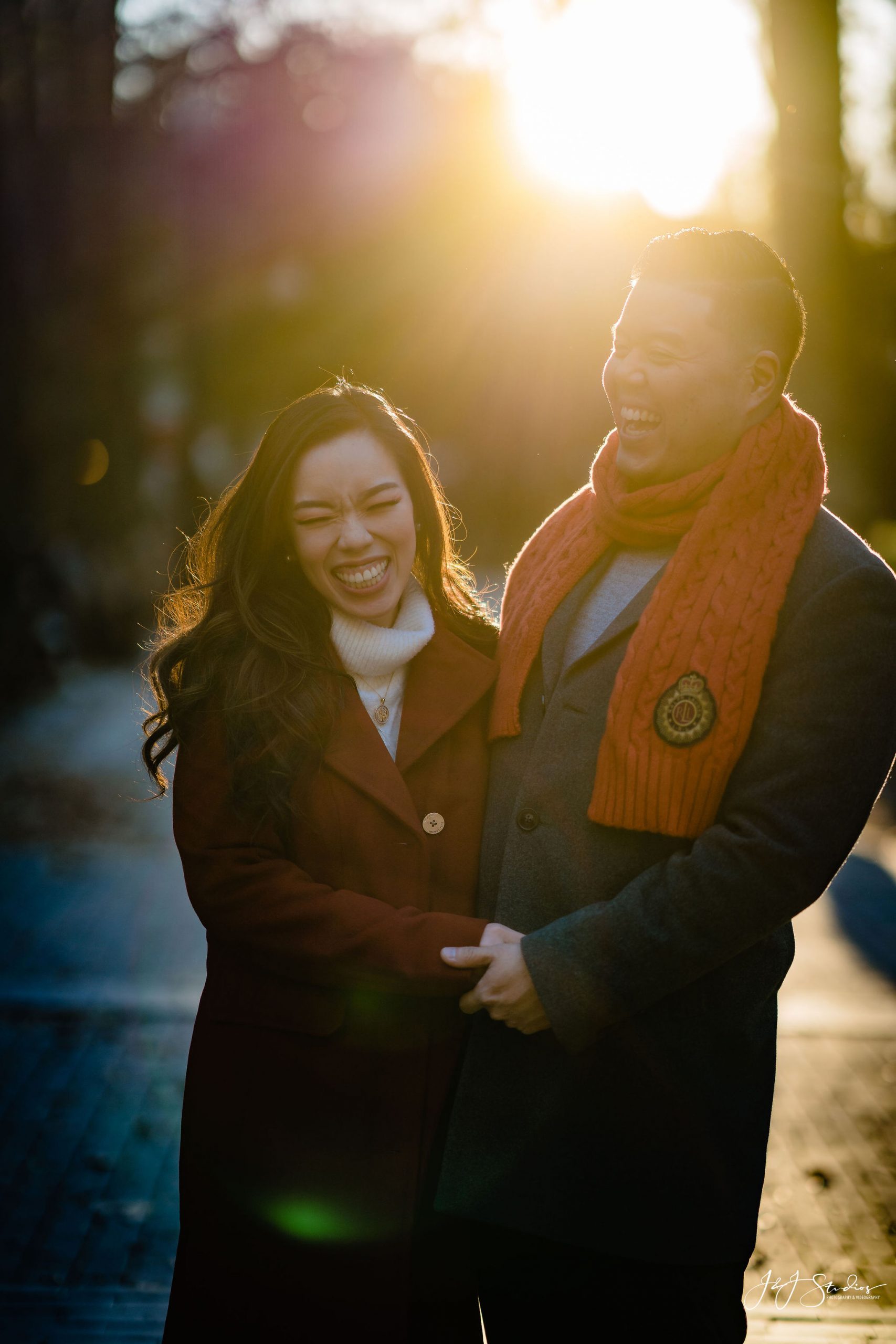 Truly A Match Made In Heaven

Johannah and Crophil have a unique love story. They were introduced by their best friends who have been married to each other for over ten years. It’s not every day that a group of best friends all gets to experience love and friendship at the same time. When they were introduced to each other, Johannah describes their union as magic. They had so much in common and they developed a strong bind rather quickly. She. They first met they both believed that they were indeed soul mates.
Johannah was attracted to Crophil’s ability to make her smile. “There’s never a dull moment when I’m around him. From morning to evening he’s always making me laugh. Even if I’m grumpy or having a bad day he finds a way to make me laugh,” Johanna says as she reflects on her relationship.

The Lee’s have one of the most creative engagement stories that we have ever heard of. Crophil recorded himself proposing every day for an entire year. He would hold up a sign asking Johanna to marry him and in some of the clips, she was right there next to him unaware of what he was doing. He edited all of the clips and combined them into a video. We can imagine Johannah’s surprise when she saw the video during his proposal.

The lovely couple ended up having an intimate wedding ceremony with just a few of their close friends and family. However, they do plan on having a bigger wedding celebration sometime next year.

Johannah and Crophil wanted to celebrate their anniversary with a special photoshoot that showcased their love. “Dinner, clothes, and other things come and go but these pictures will last forever,” Johannah said during our consultation. We really wanted to capture some creative momentos that they could look back on with joy. 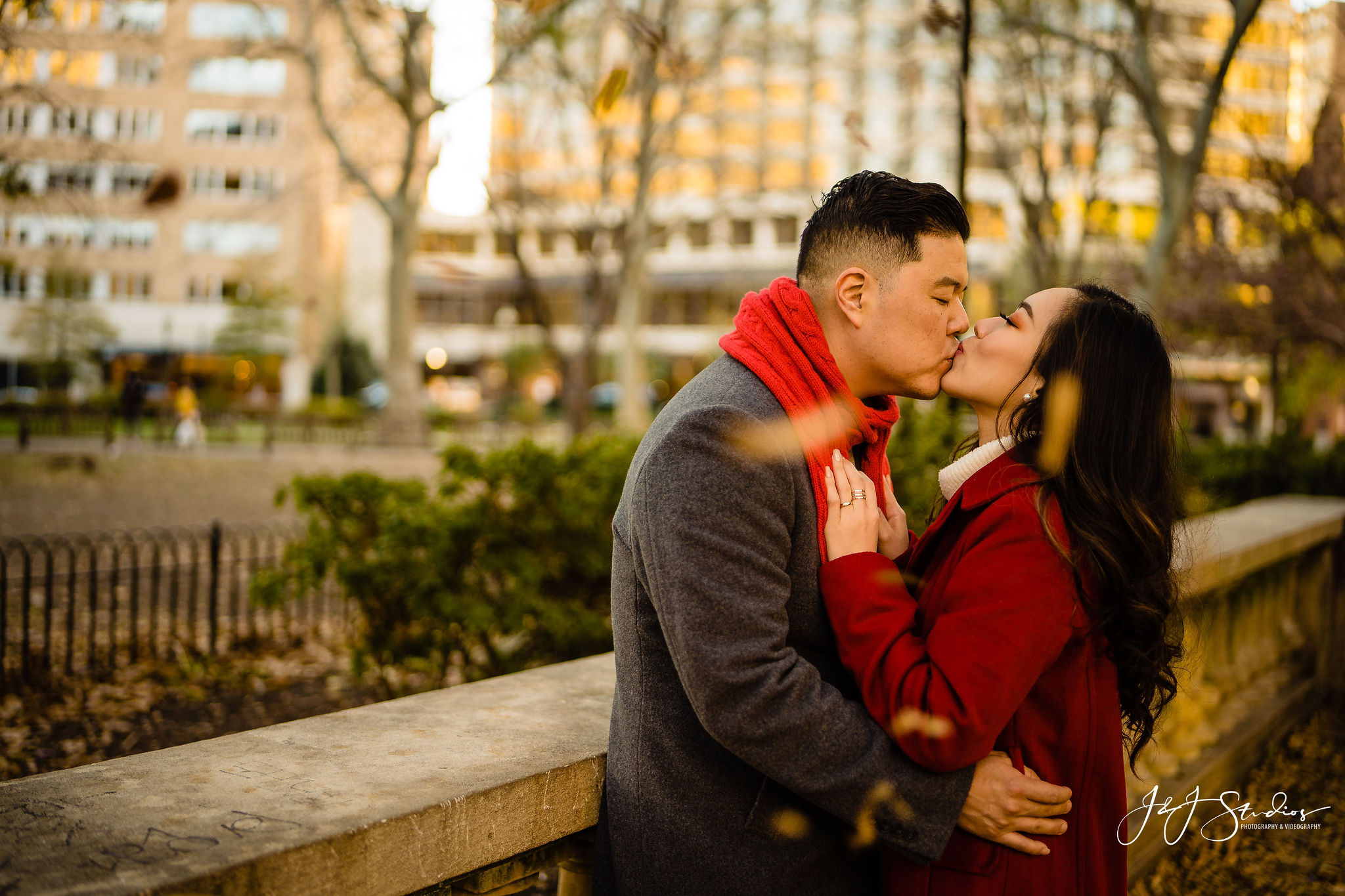 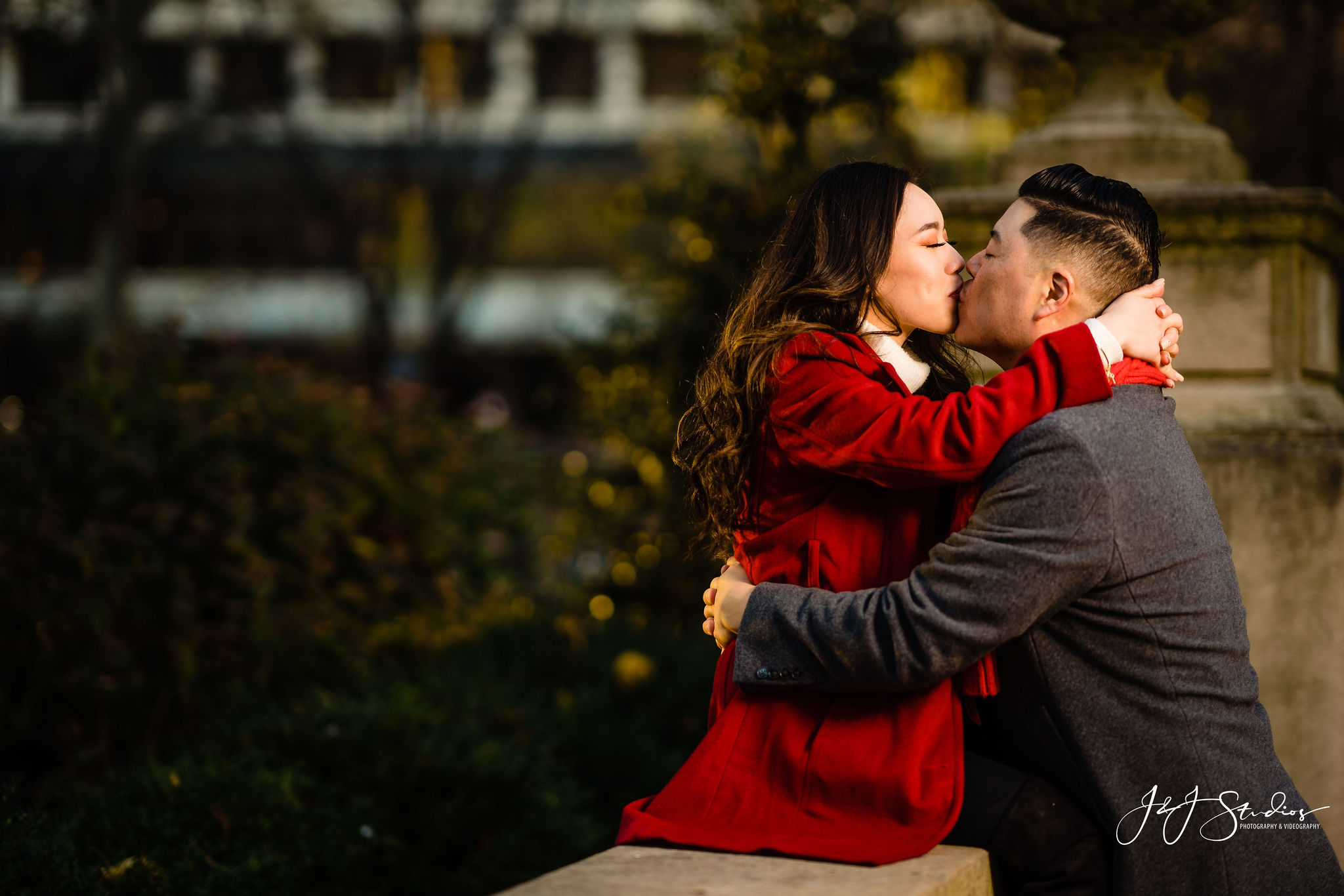 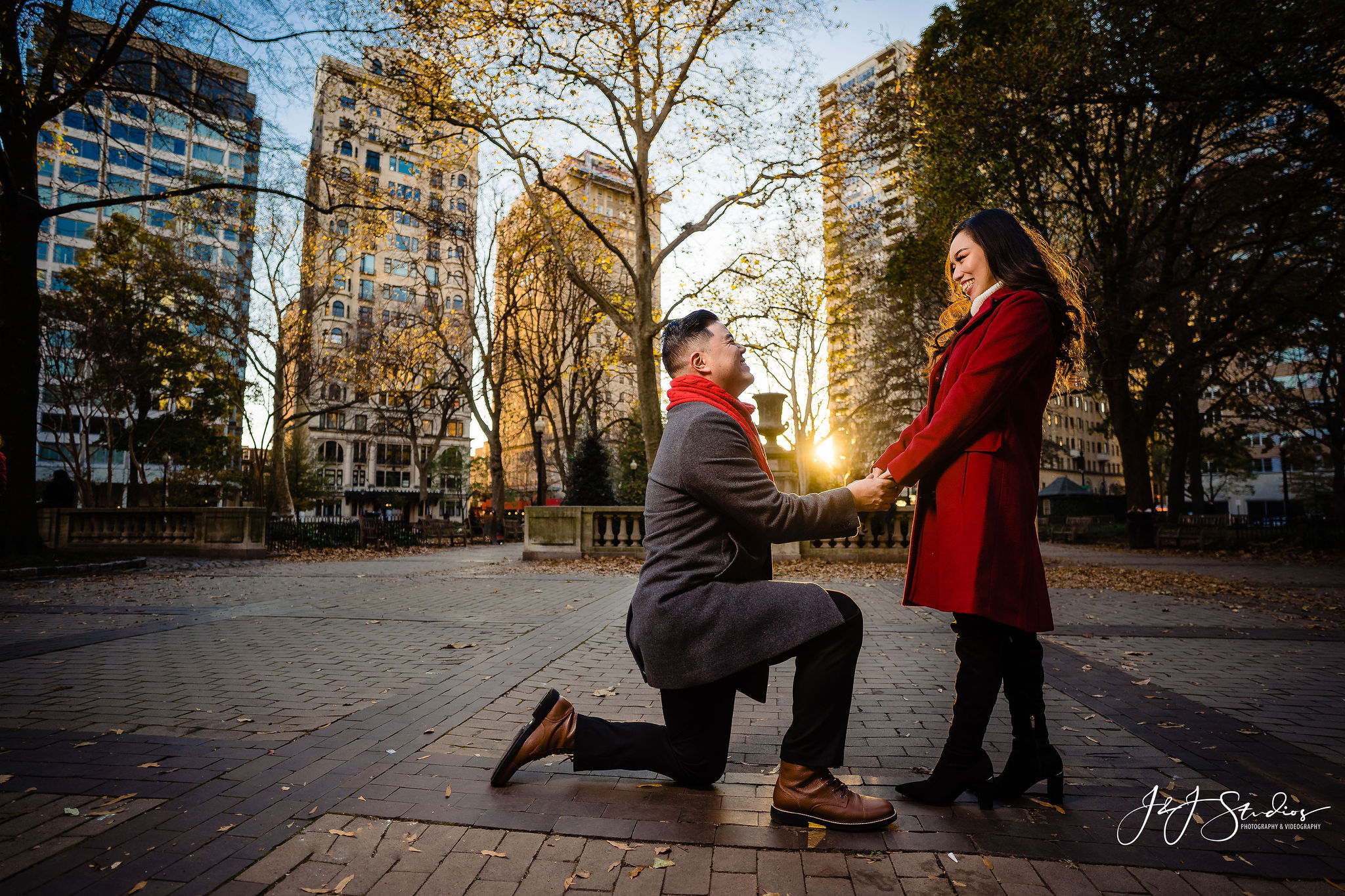 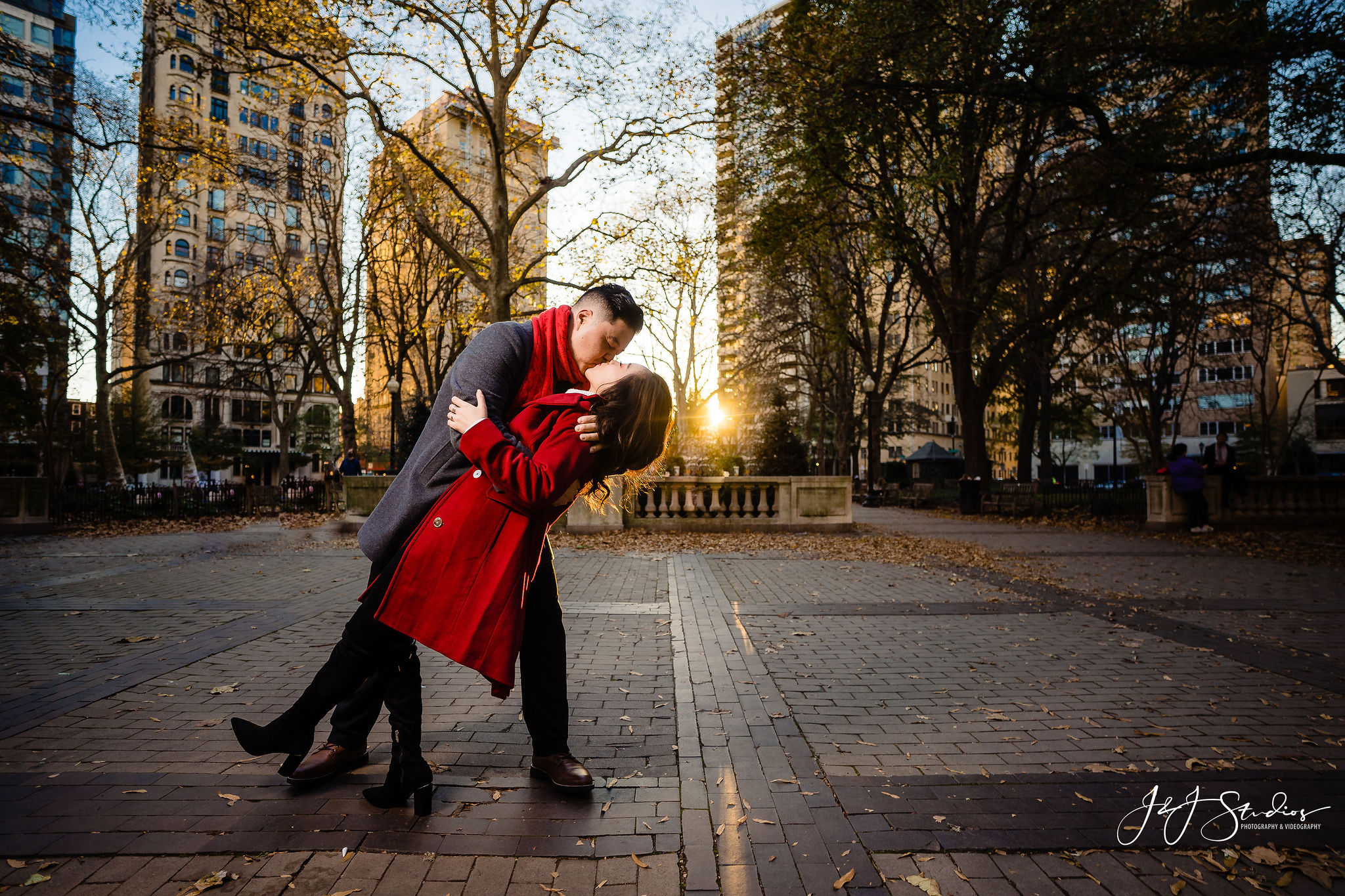 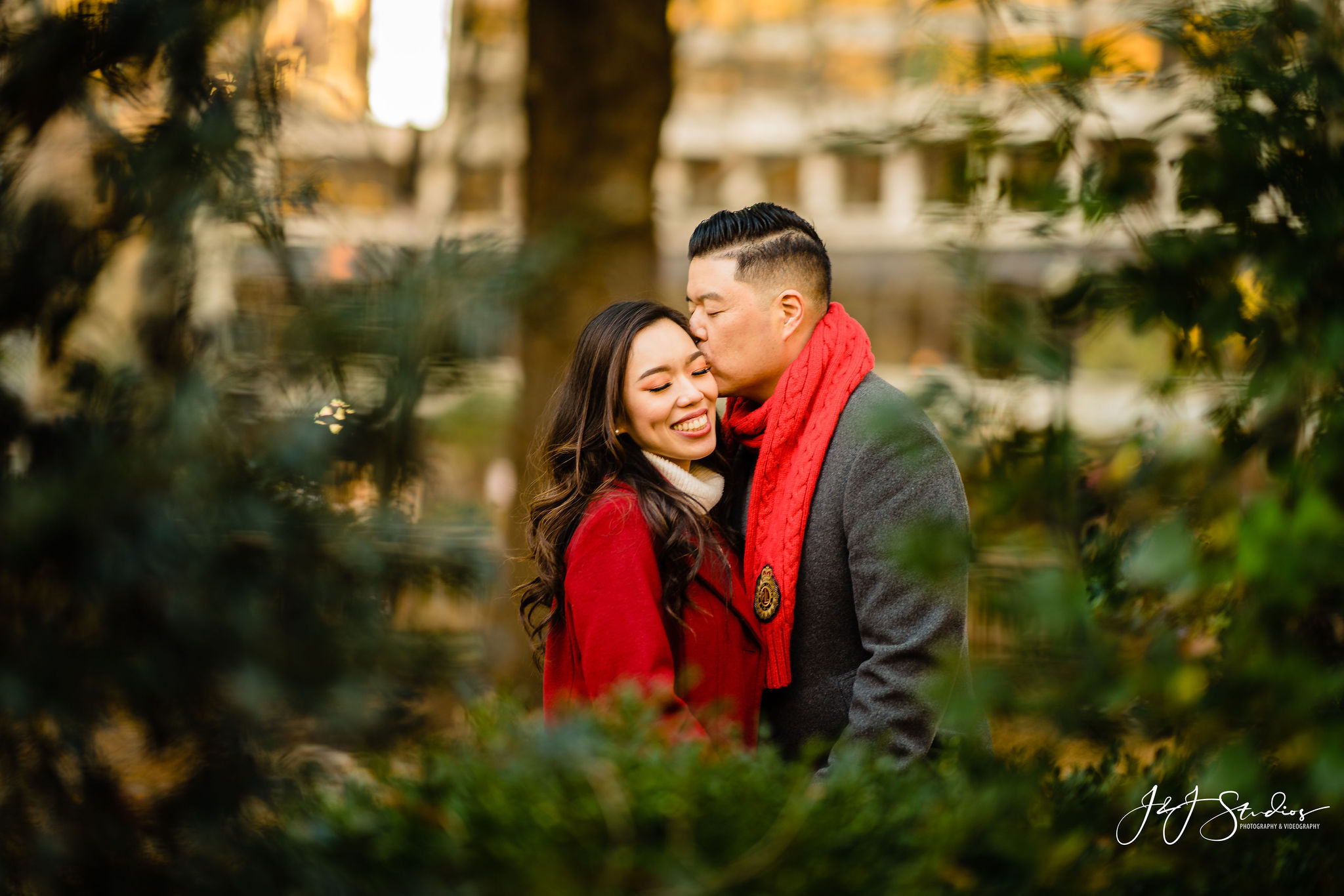 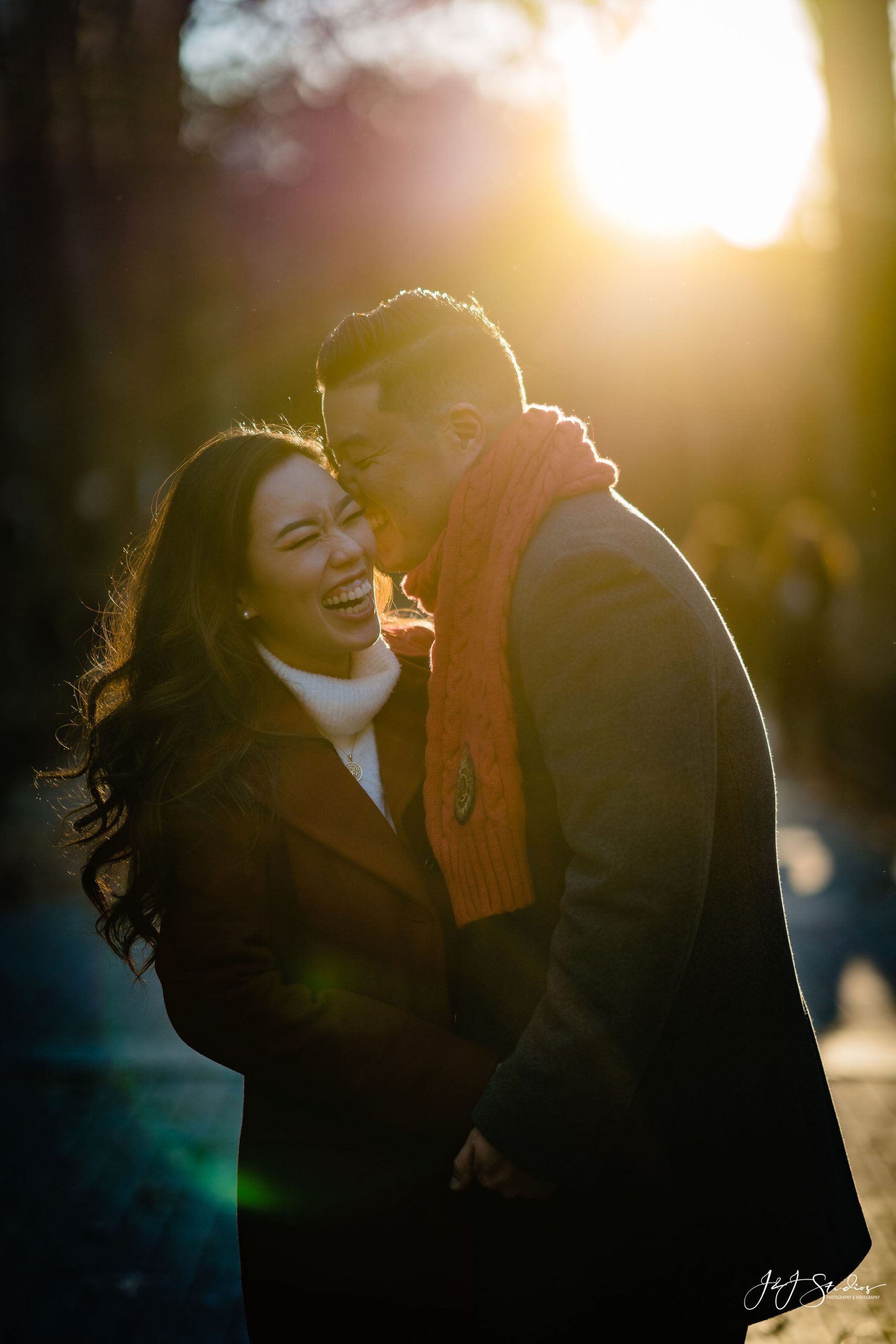 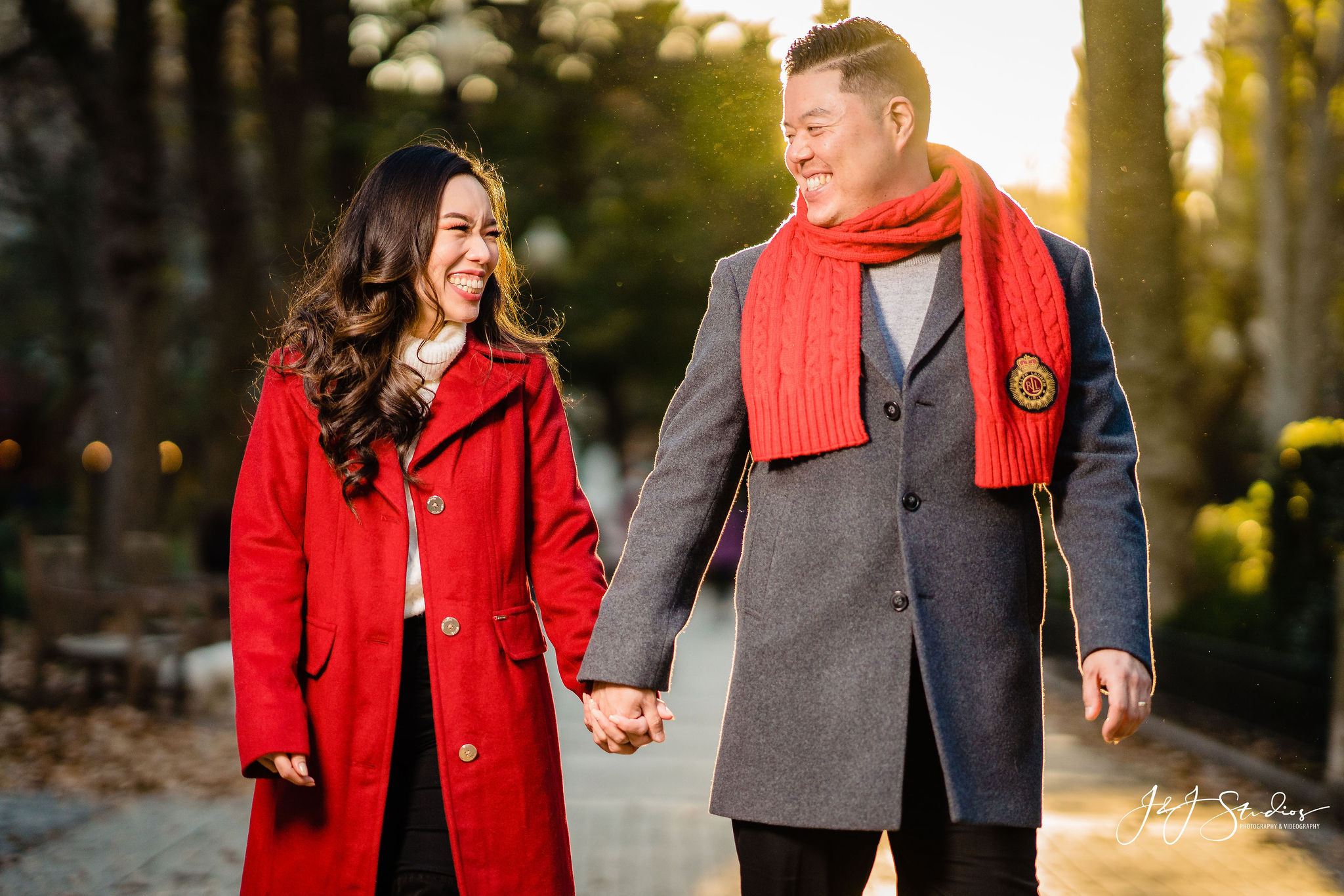 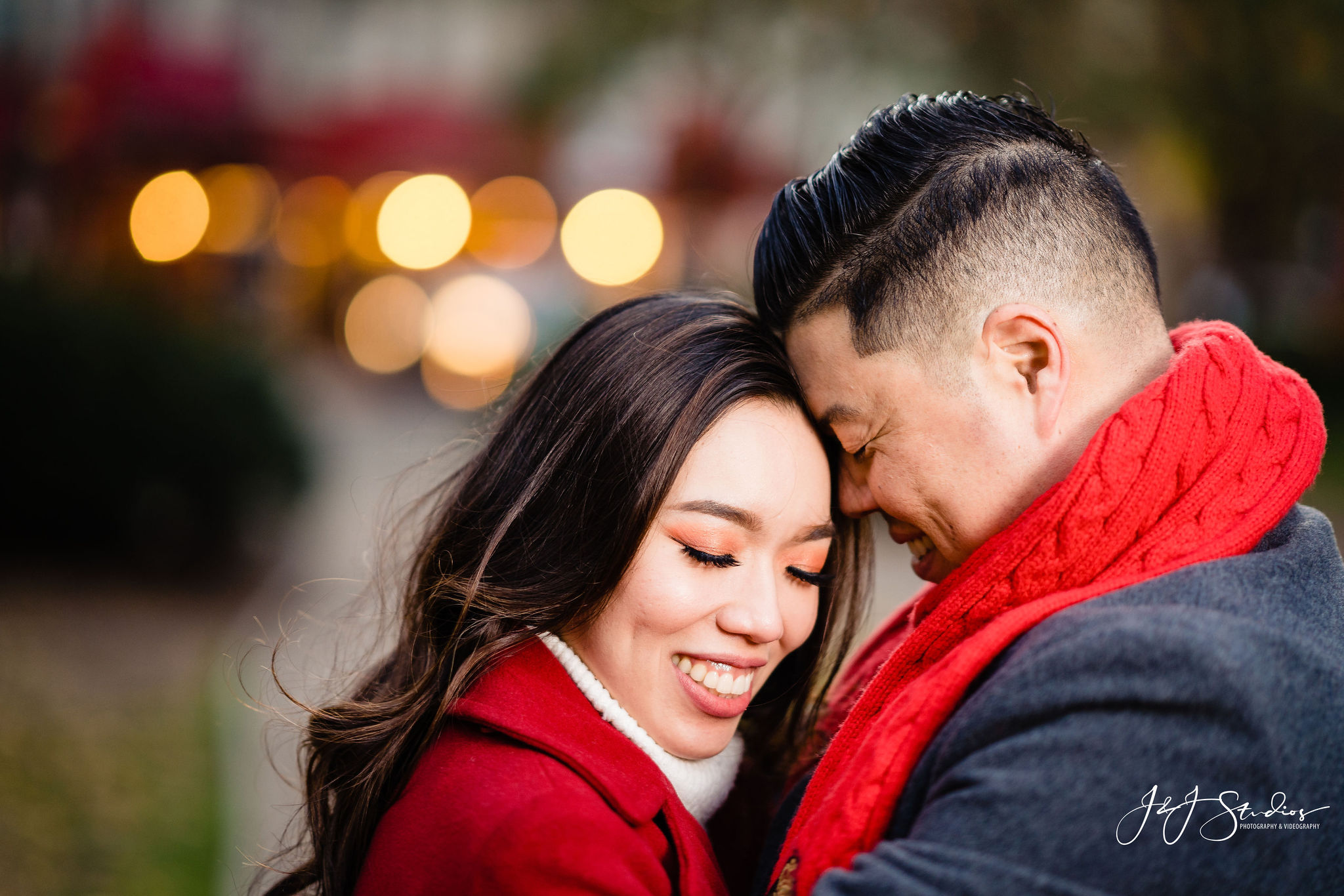 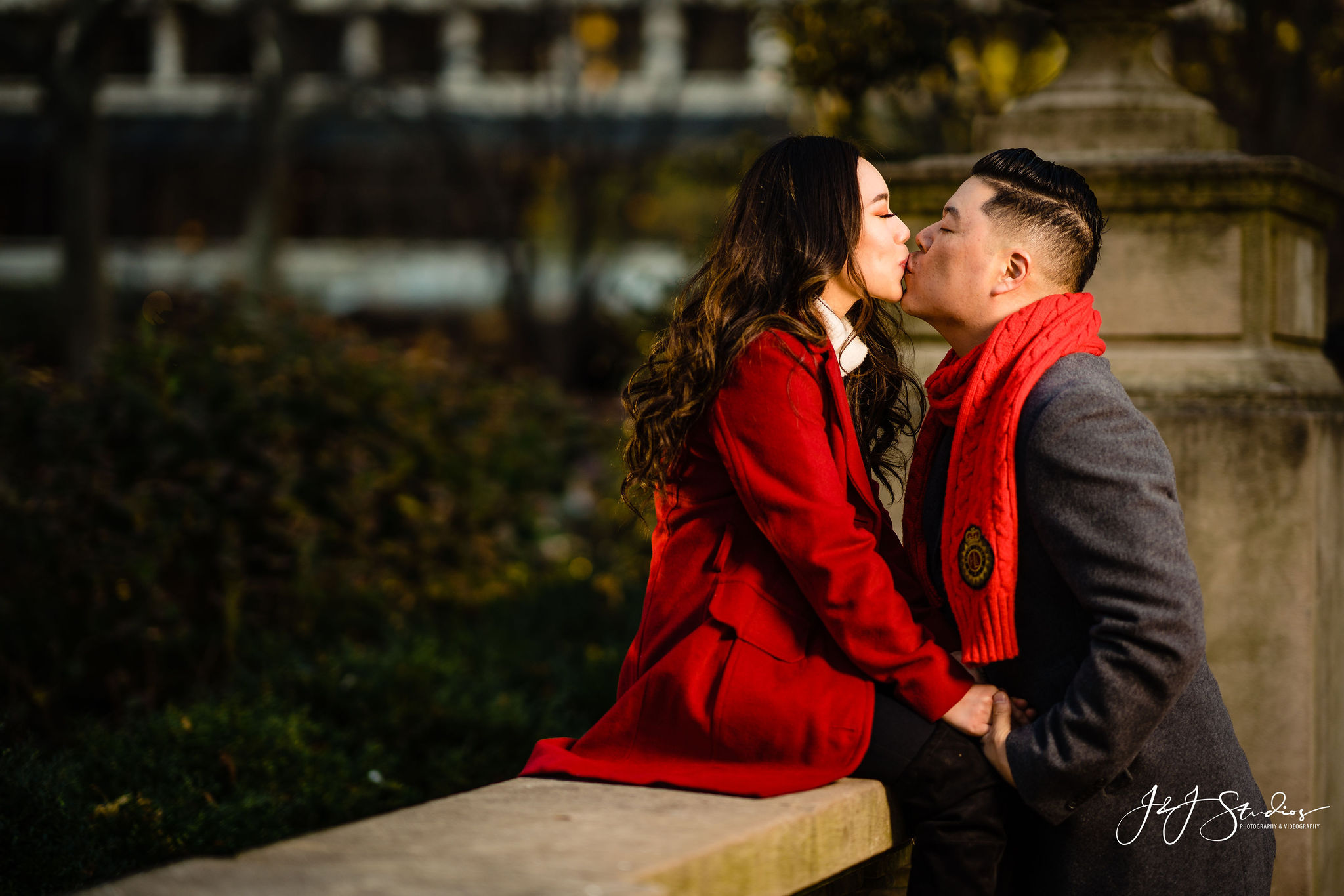 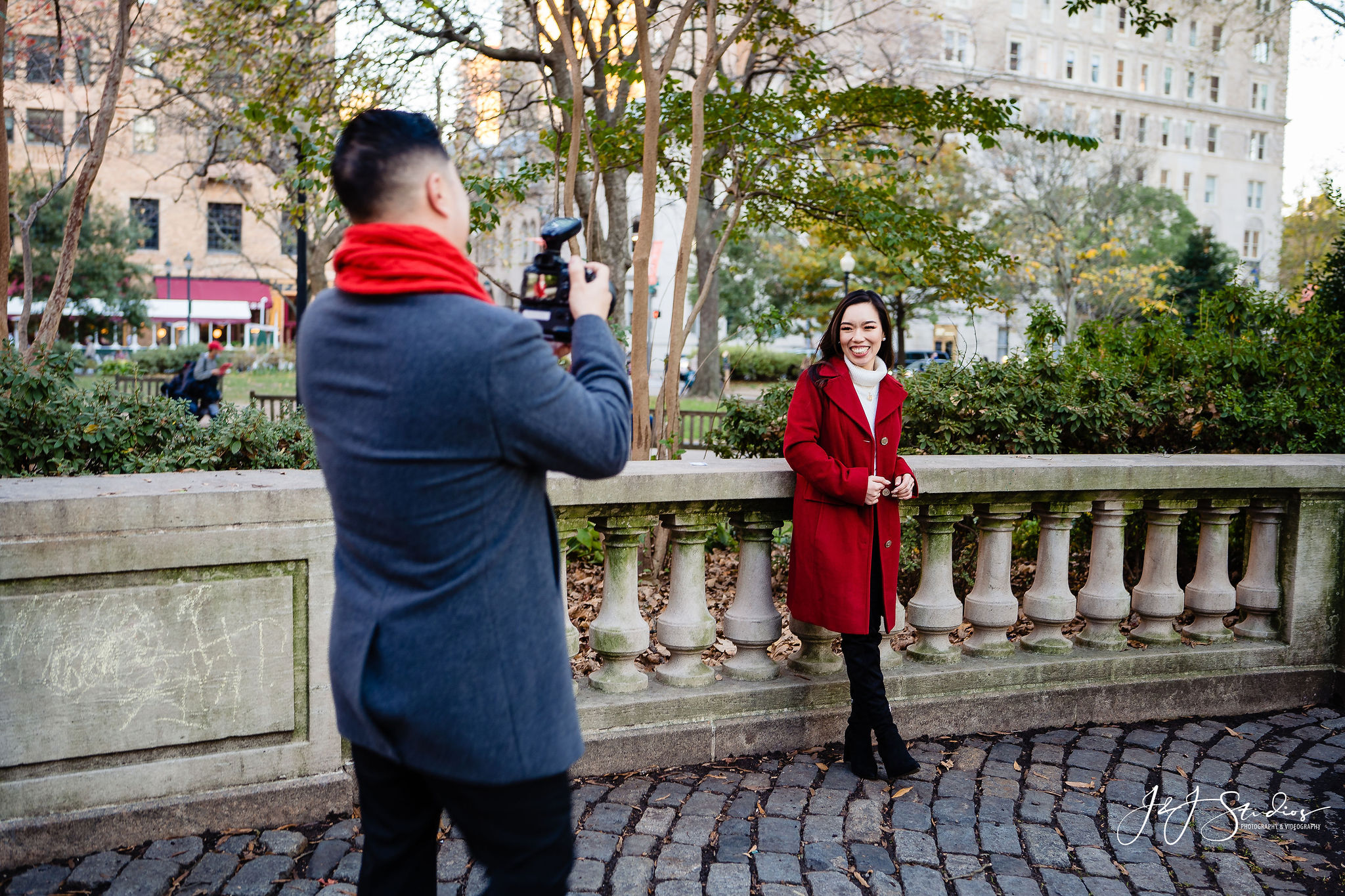 We shot all over Rittenhouse Square so there would be some variety in this photoset. Also, we incorporated the stunning architectural elements of this park to add depth, and more importantly, we encouraged the couple to have fun with this shoot. 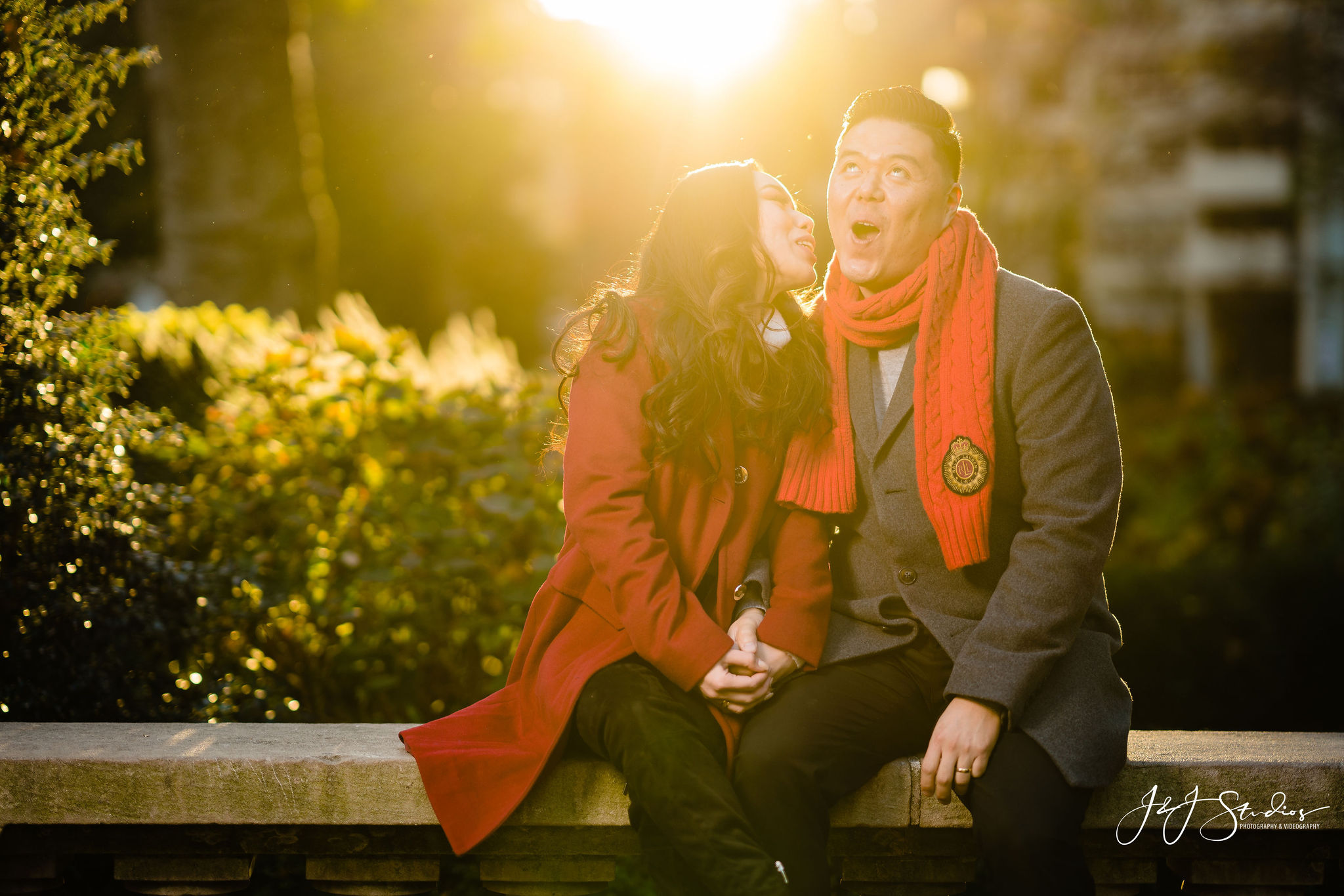 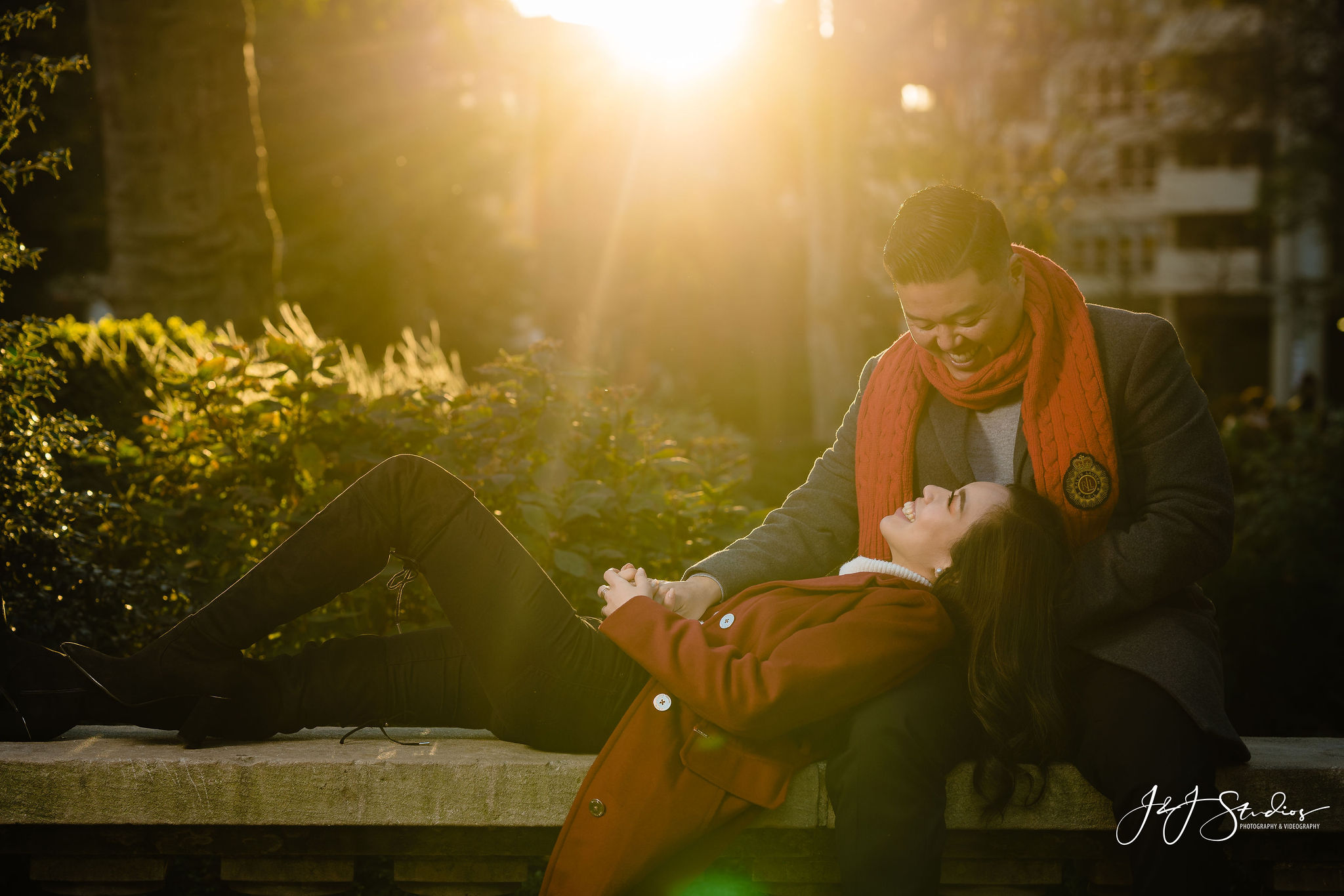 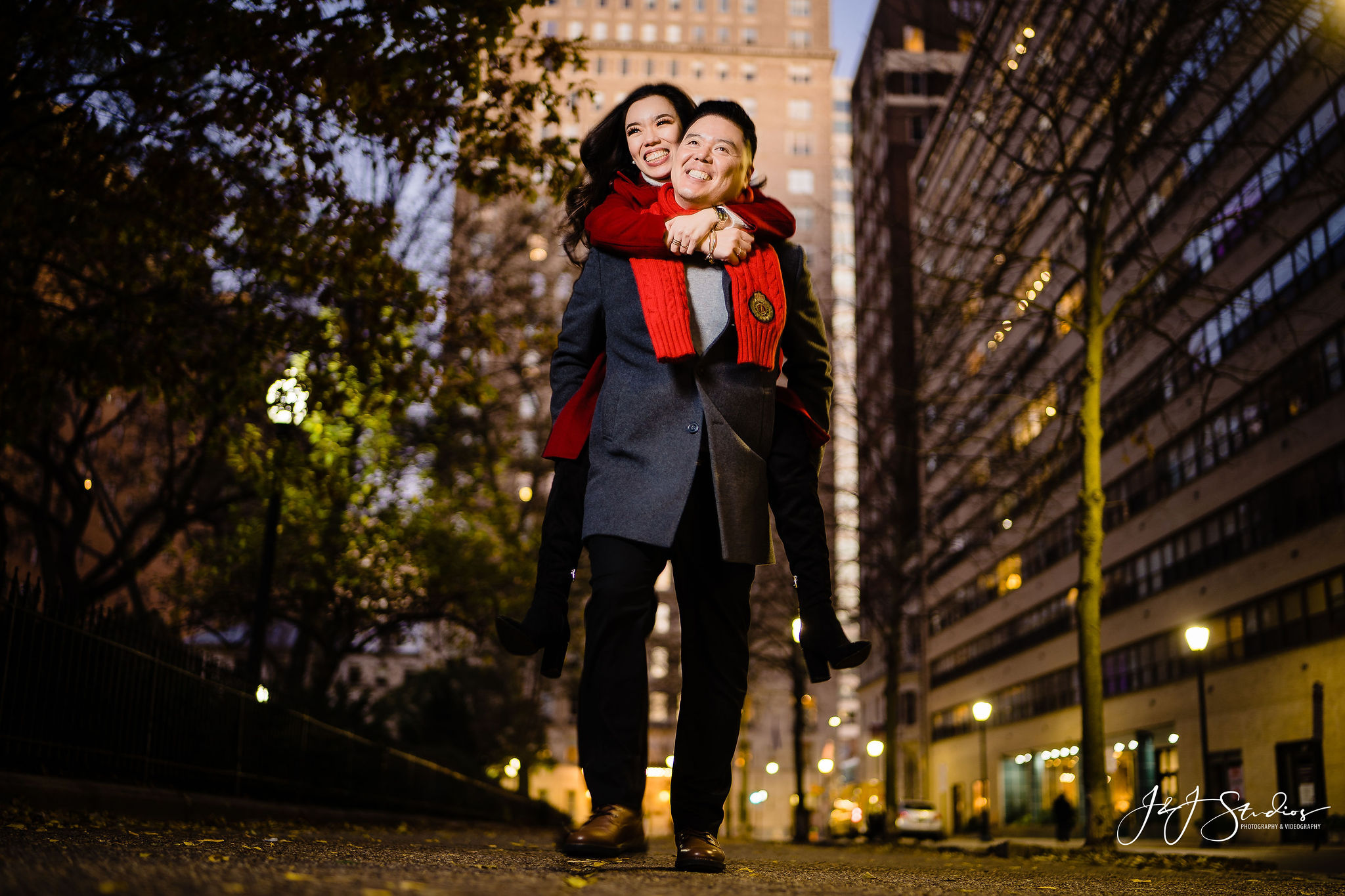 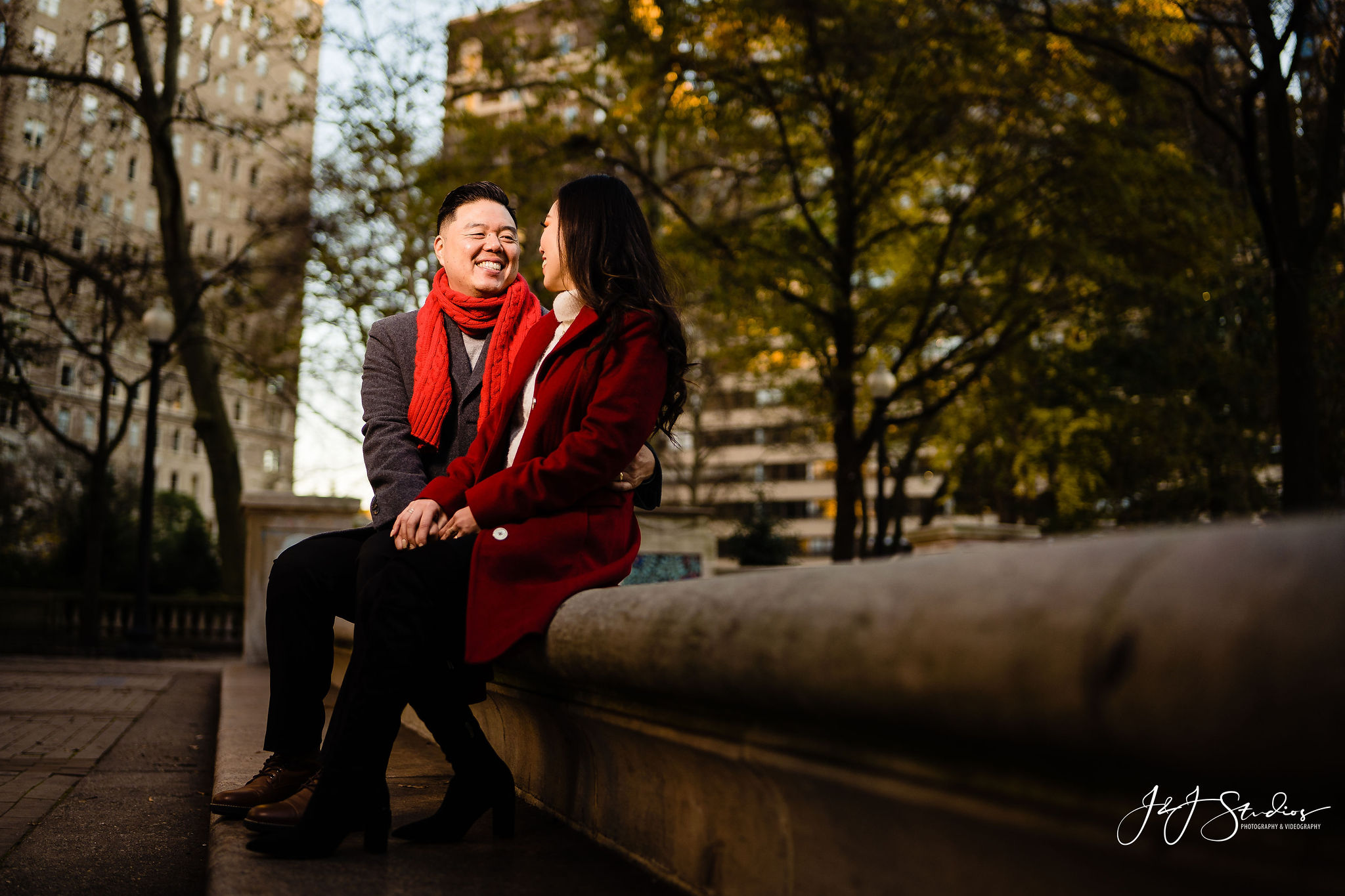 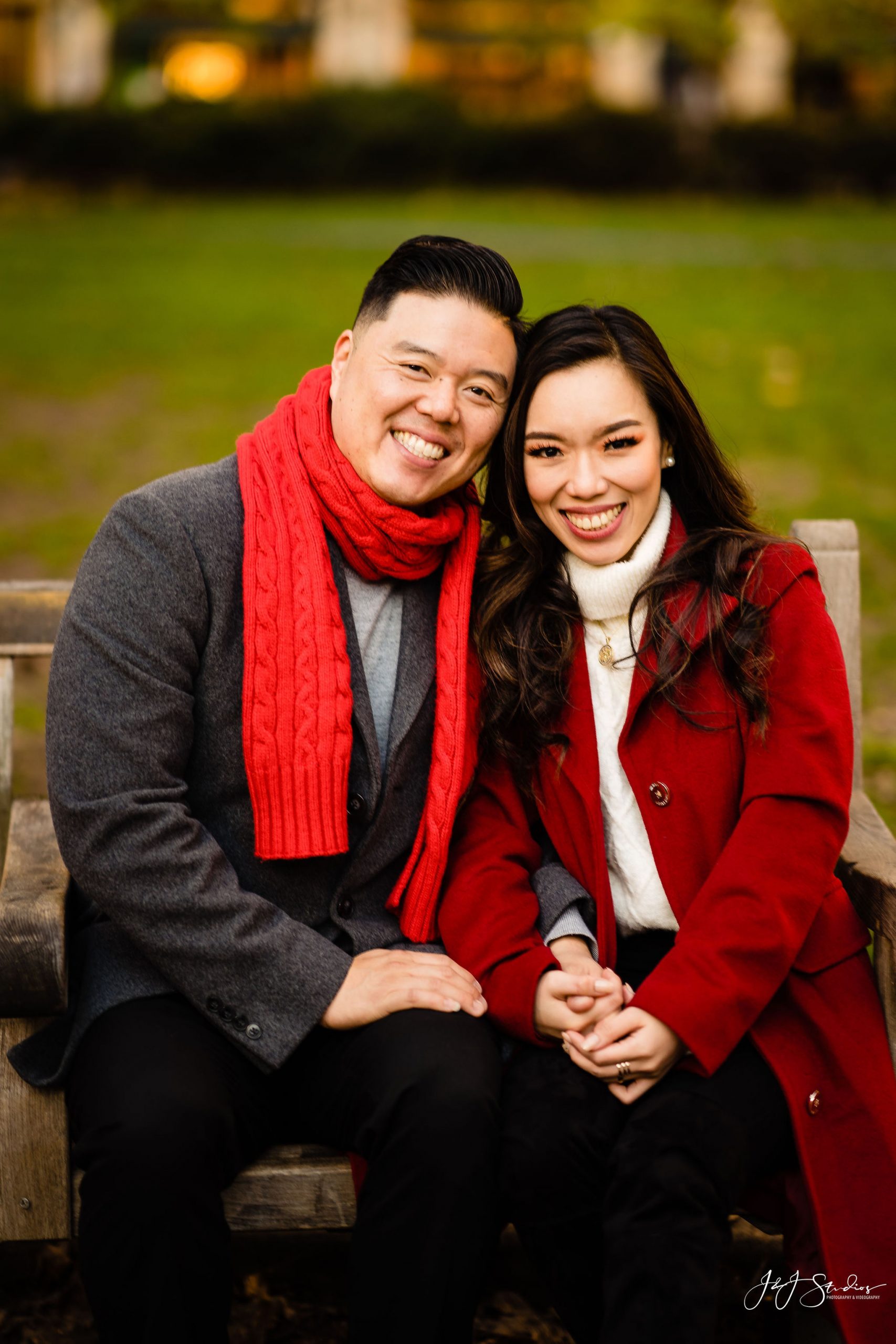 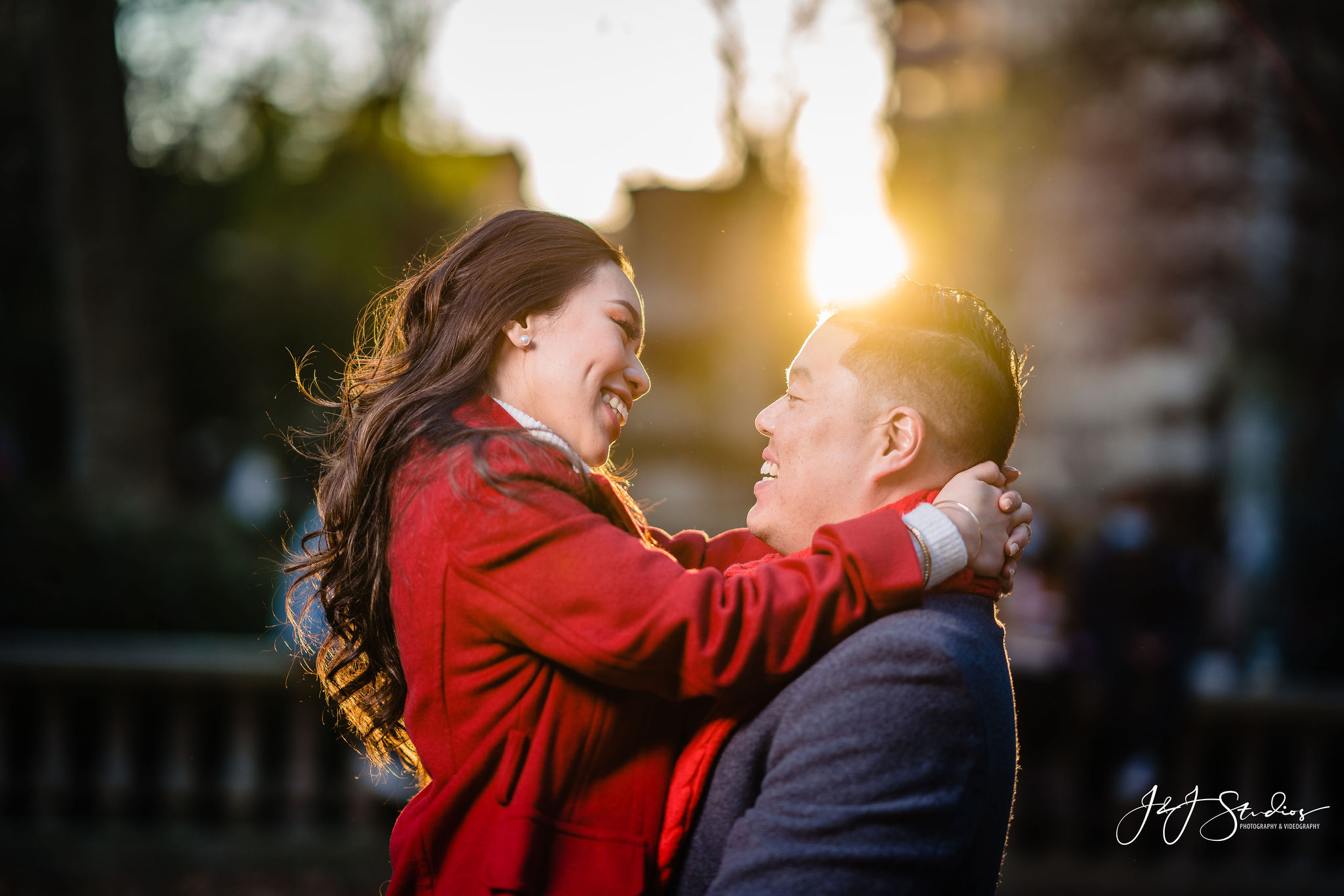 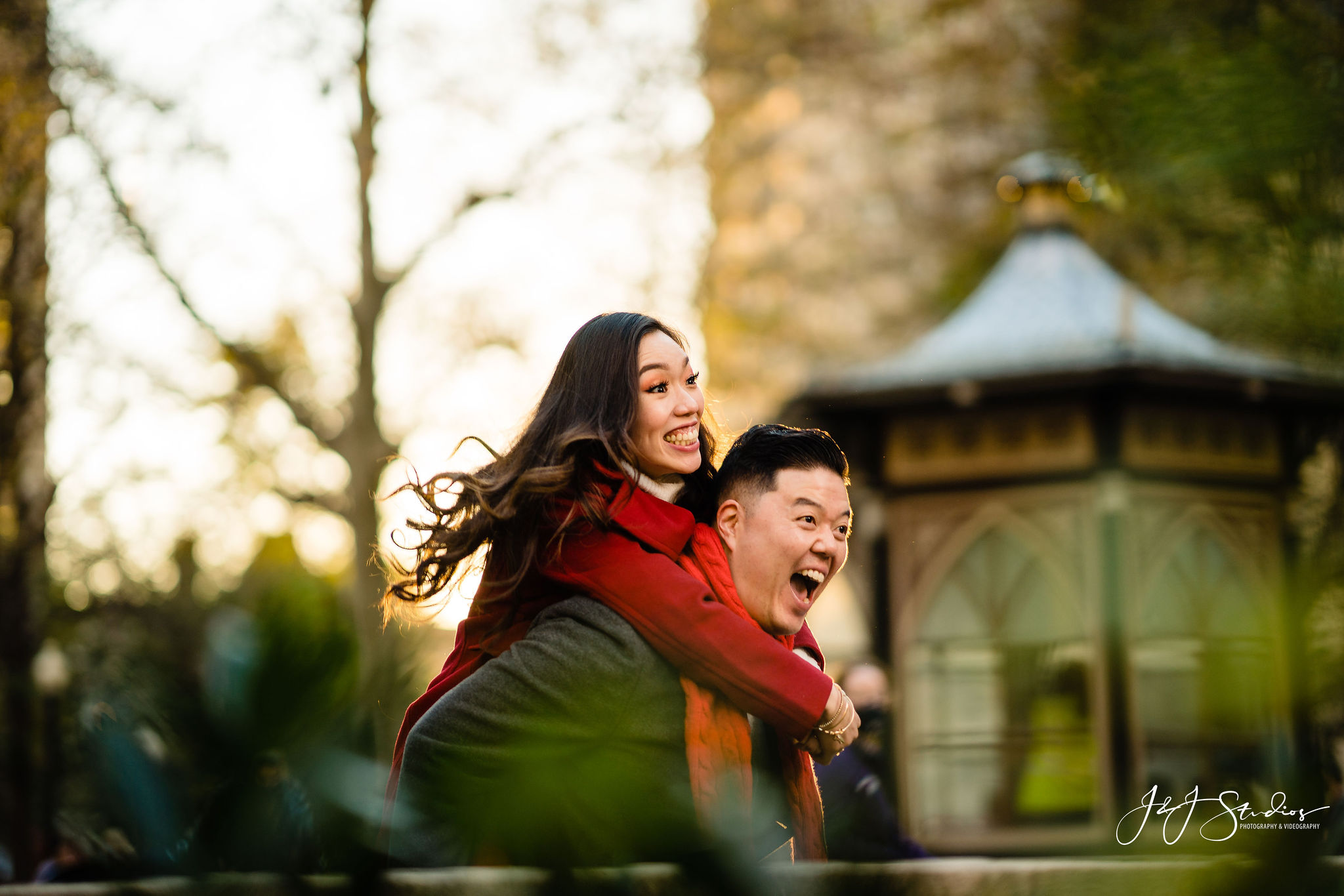 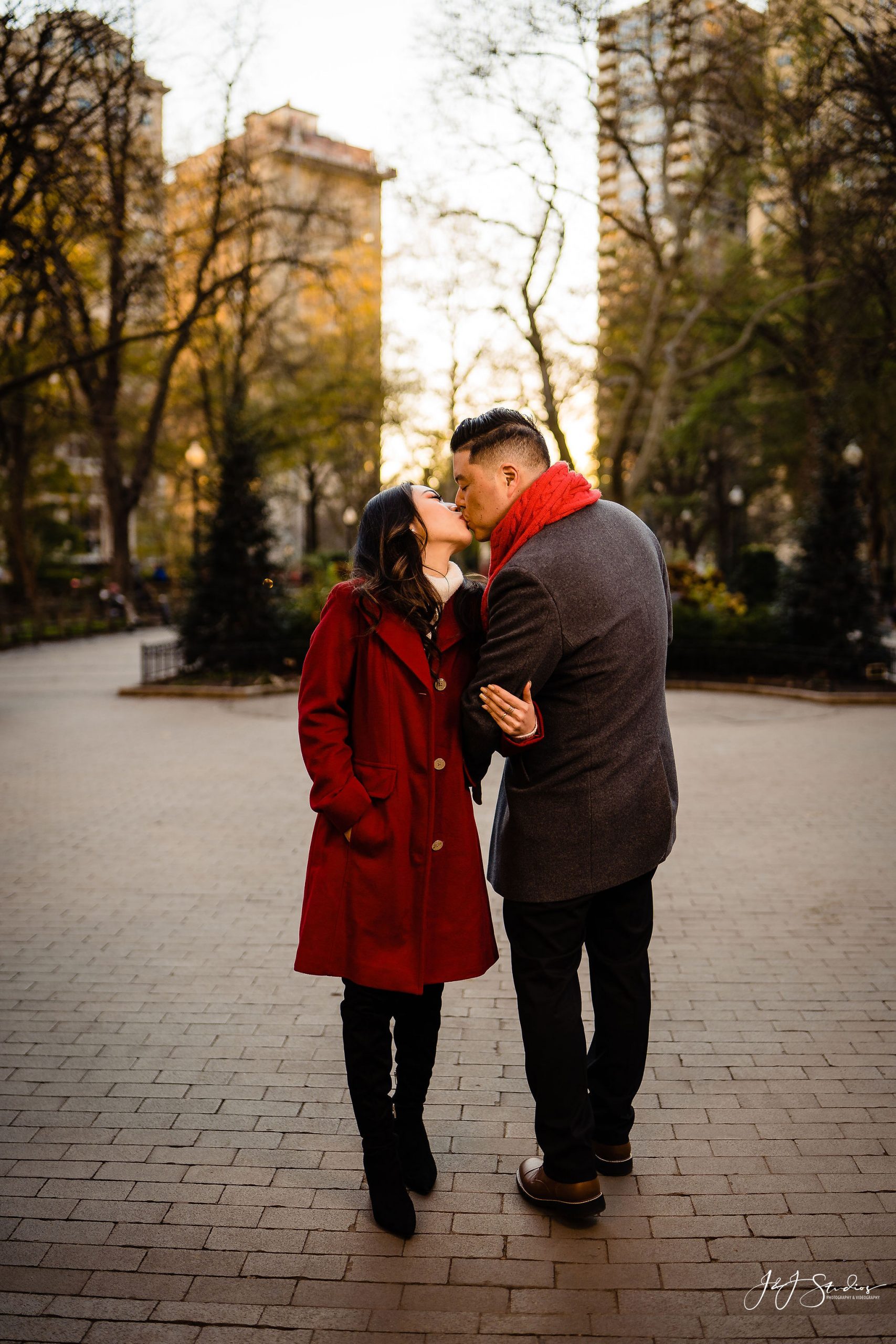 Is the anniversary of your nuptials approaching? Surprise your partner with a romantic anniversary session at the location of your choice. Beautiful pictures make for the perfect momentos that you and your significant other will hold dear to your heart forever. Contact J&J Studios to book a consultation today!