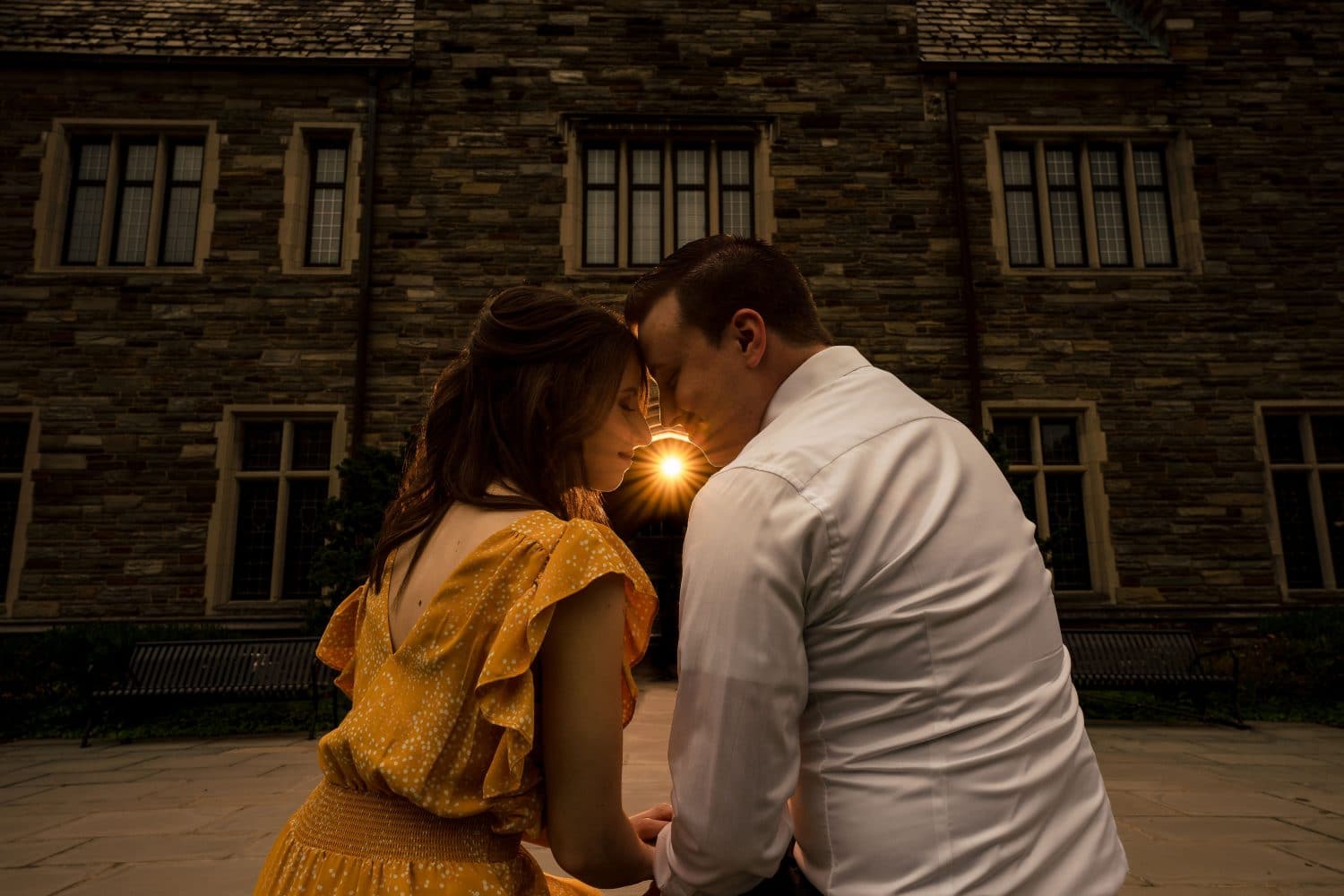 The romance was in the air during Melissa and Greg’s Saint Joseph’s University engagement session.  The couple was eager to celebrate their recent engagement and desired a beautiful spread of visuals that they could share with their loved ones. Their energy was lively, which allowed our team to capture epic visuals. Even though the sun didn’t peek out as much as we would have liked it to, the beautiful campus landscape made up for that. 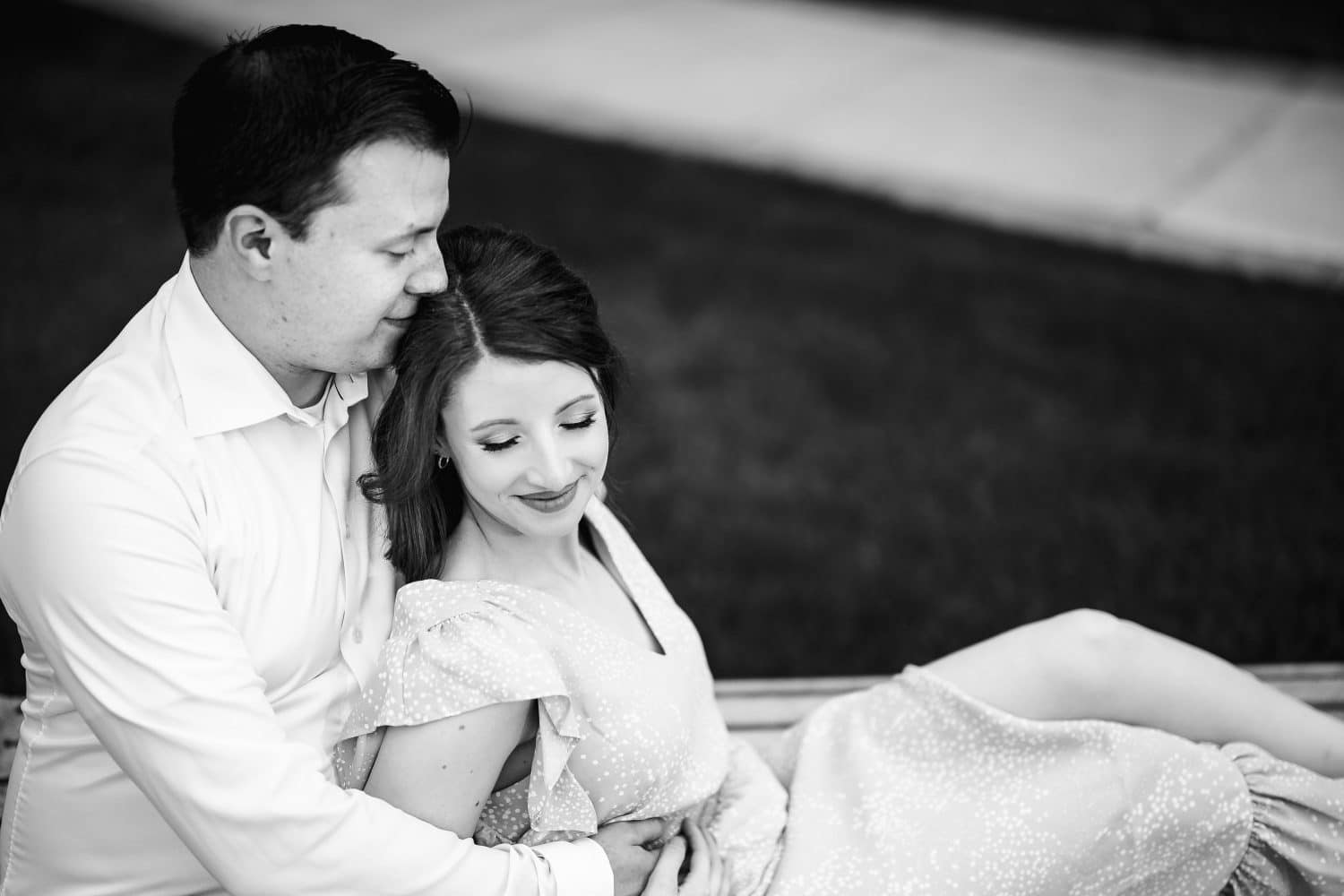 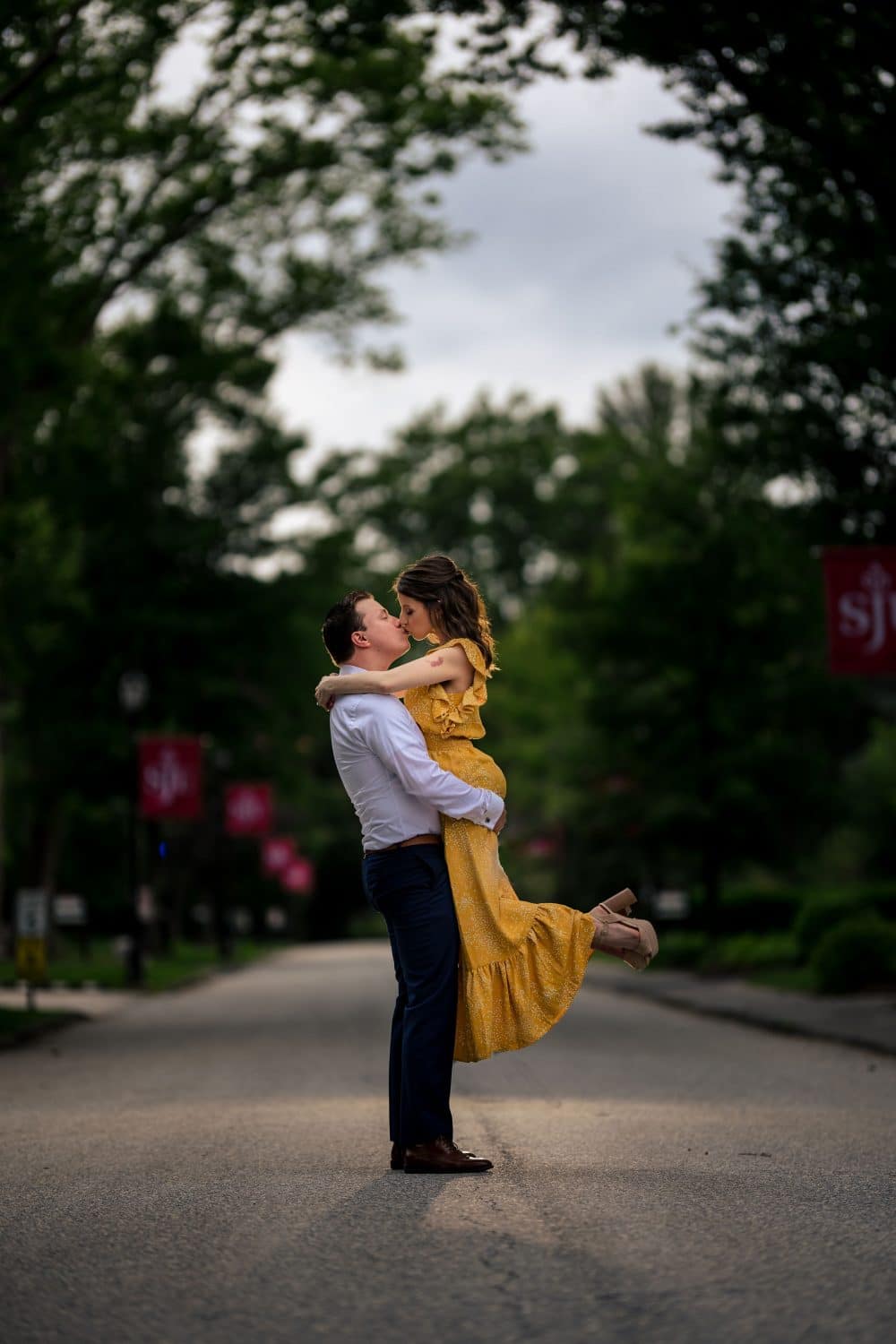 Melissa and Greg are college sweethearts. They met in their sophomore year at Saint Joseph University. Although their paths had crossed frequently around campus, it wasn’t until mutual friends introduced them that they got to meet officially. They felt an instant connection and spent the entire night talking about everything under the sun.

Greg fell in love with Melissa’s loving heart and kind nature.  She found that he was incredibly supportive and thoughtful.  “ He has such a light-hearted spirit and he always keeps me laughing,” For Greg, it was Melissa’s caring nature and devotion to supporting him in every aspect of his life. “She has a way of knowing exactly what I need after a hard day.”

Greg planned an epic proposal during a trip with his family to the Morris Arbetorum. While touring the Morris Arboretum Greg and Melissa stopped to take pictures in front of the mossy pond. While posing for the photographs, Greg proposed. He pulled off the entire stunt with the help of his sister. After the proposal, they had a special dinner with the family.

The couple has already begun the wedding planning process. “We are having so much fun planning this wedding. We are working together and I’ve enjoyed watching Greg’s creativity come to life,” Melissa remarked when talking about their wedding plan.

Melissa and John decided to host their engagement shoot at Saint Joseph’s University in honor of where their love story began. They were also in love with the University and the buildings on campus history. Melissa wore a beautiful yellow sundress for the shoot while her soon-to-be husband kept it classy in a white button-down. 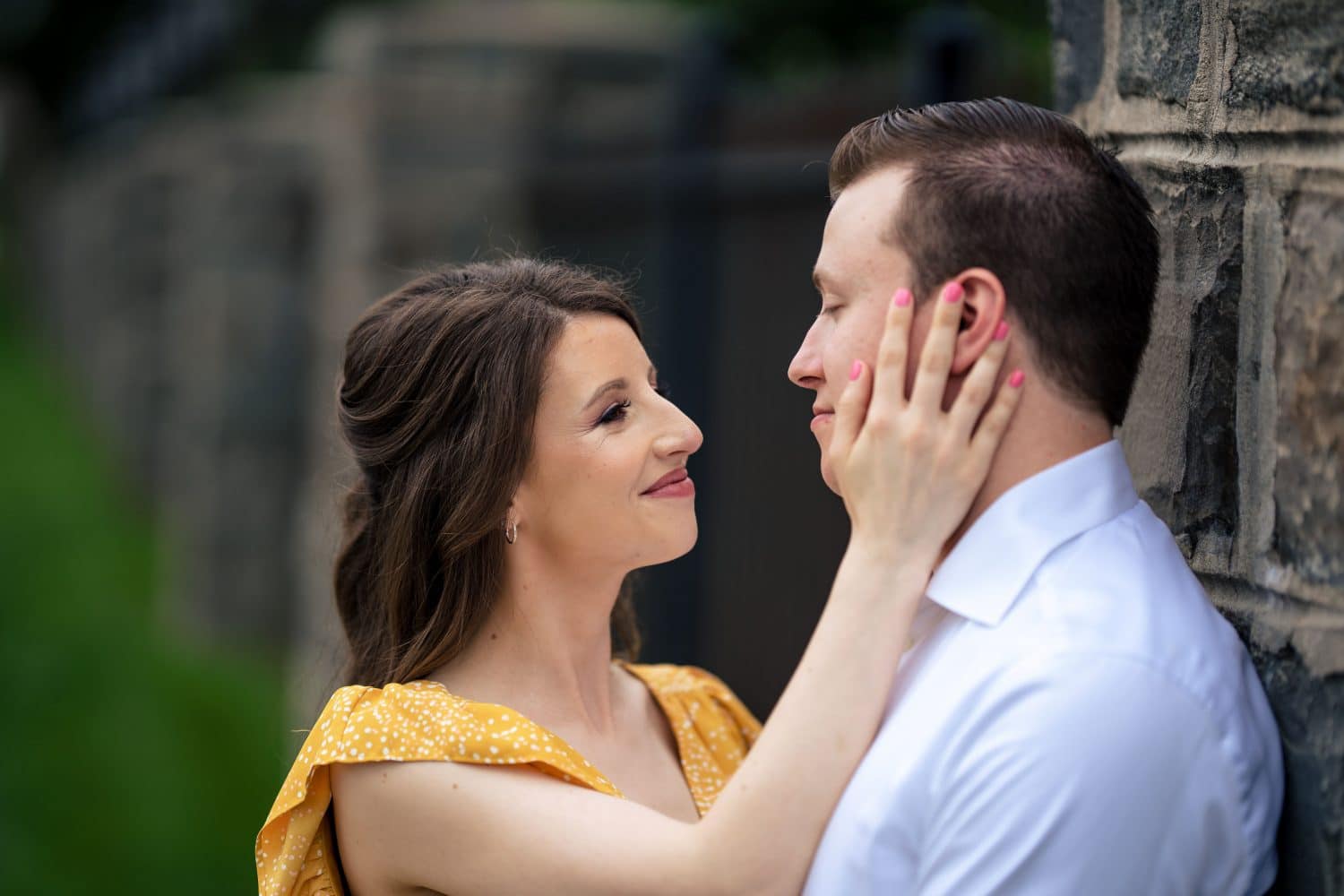 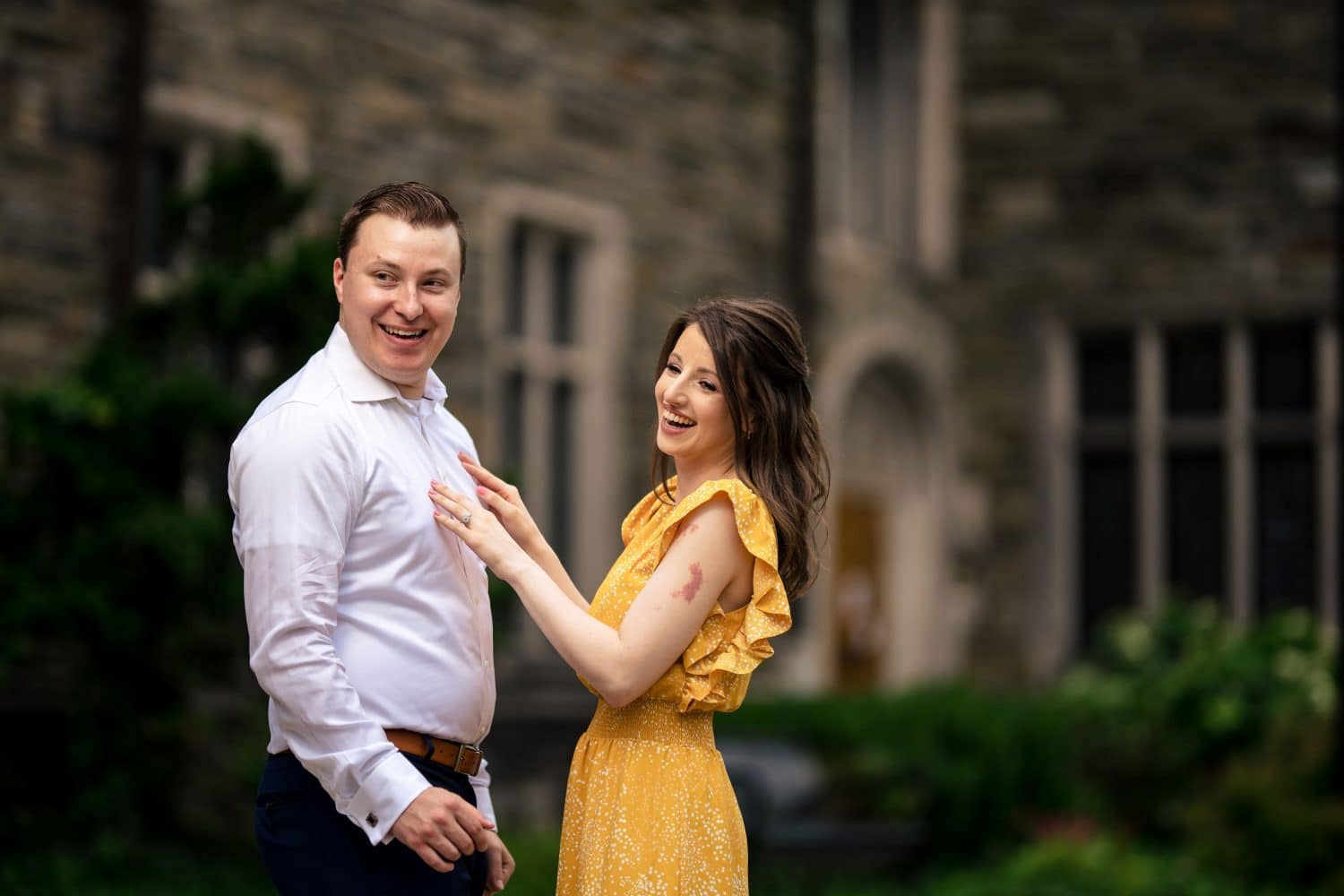 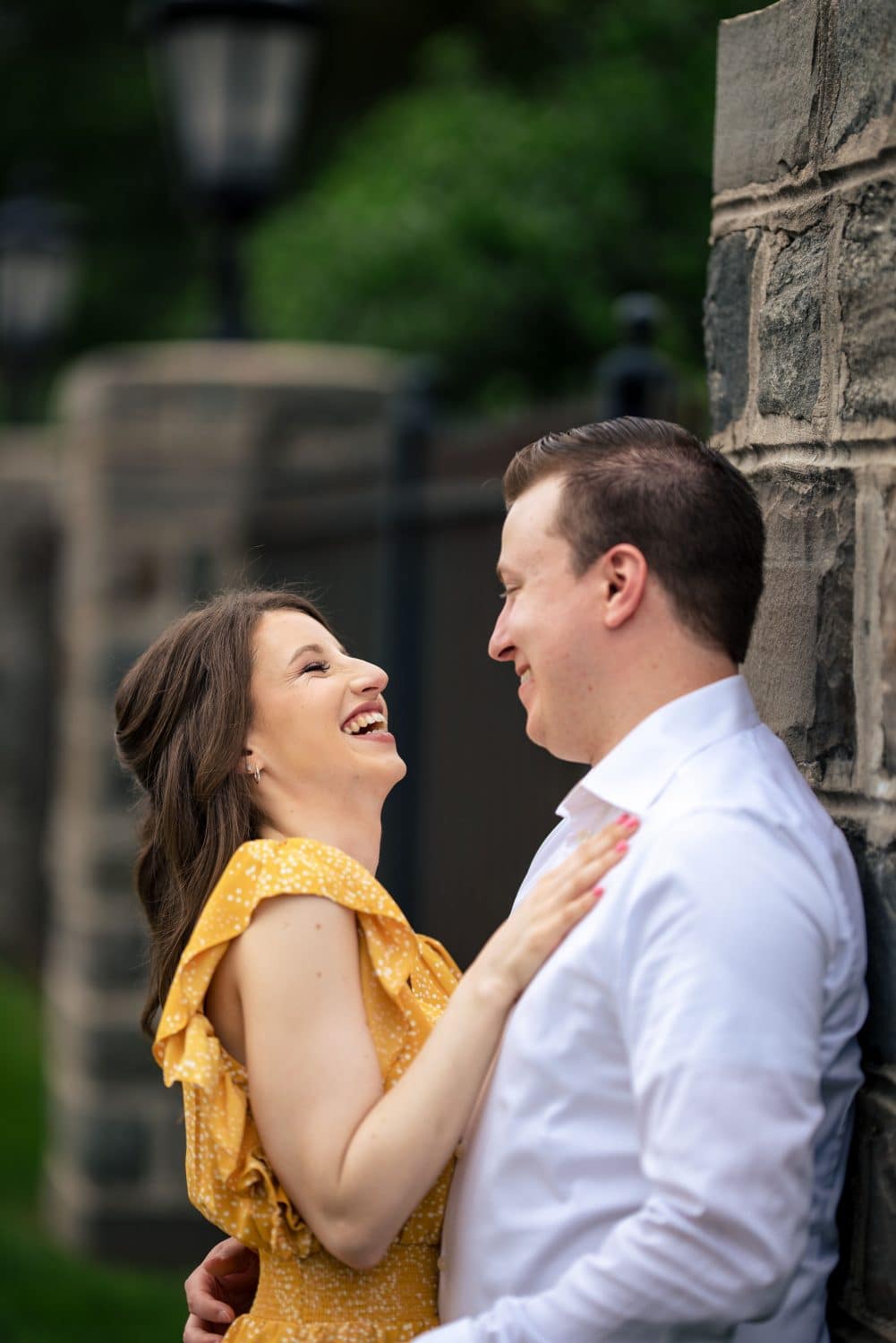 At first, they were a bit nervous, but we helped them ease into the photoshoot during the first few frames. We captured photos of Melissa and George all over the campus. The overcast skies worked to our advantage, and it gave the visuals a dramatic hue. The genuine love the couple has for each other shined right through the photos. 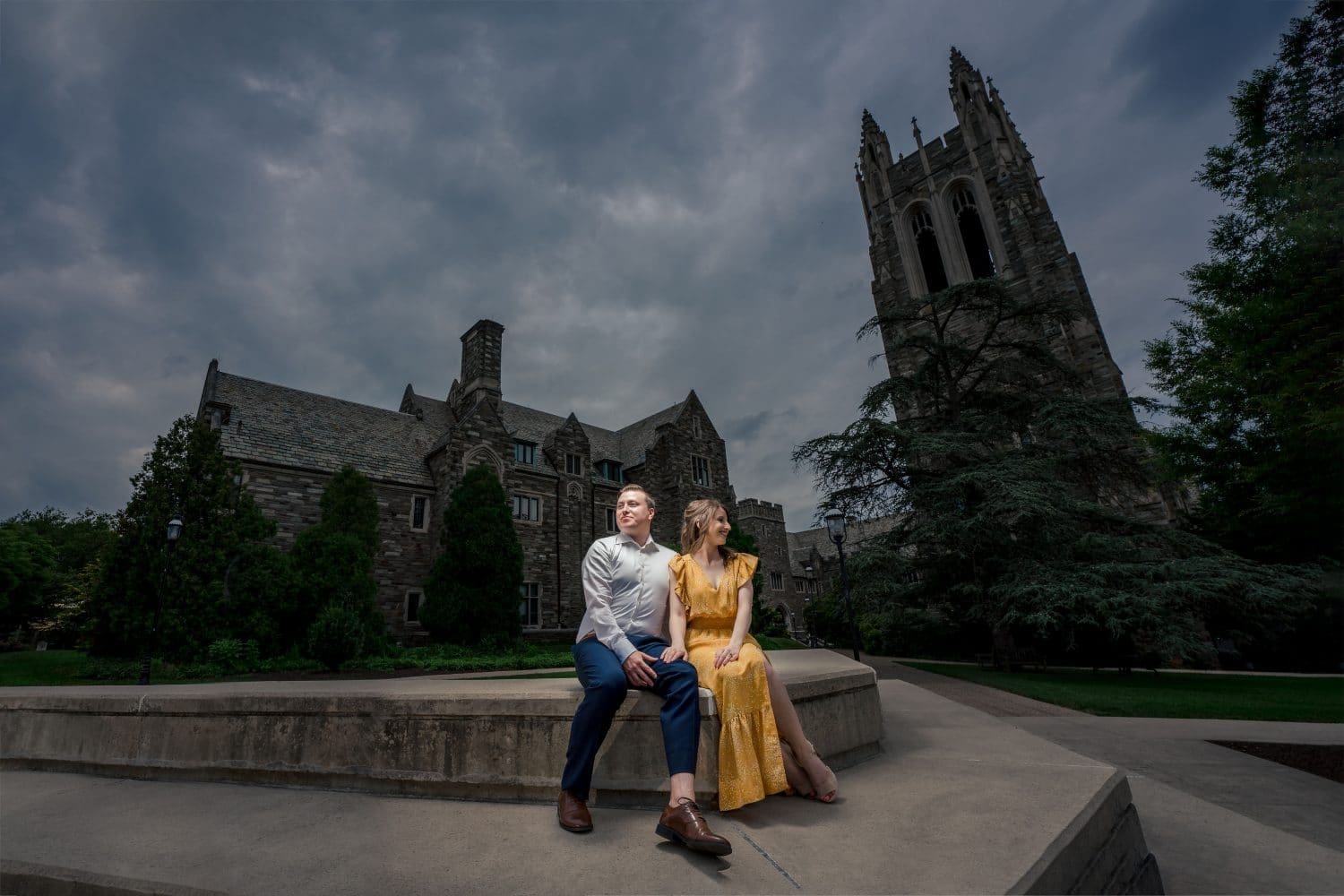 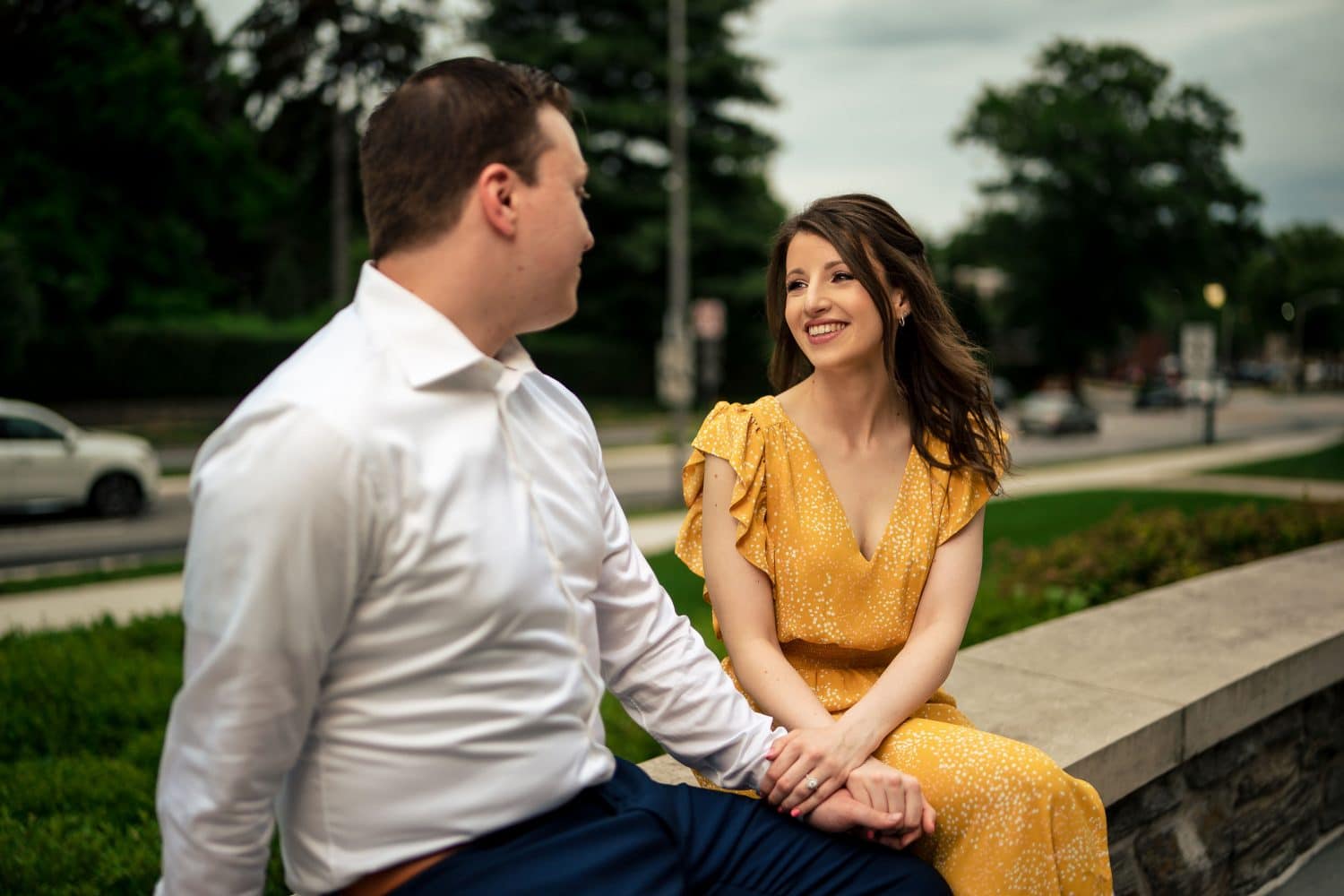 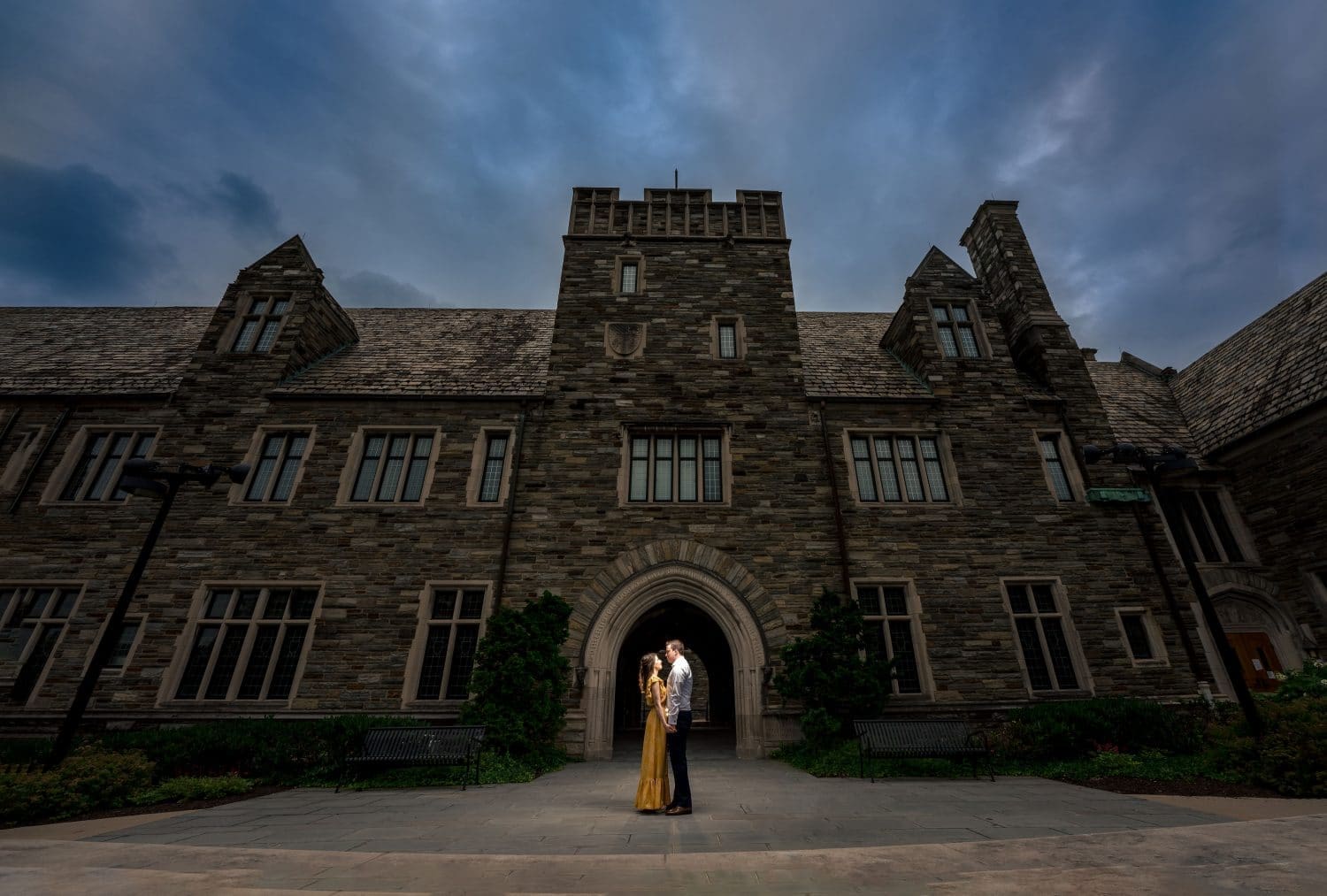 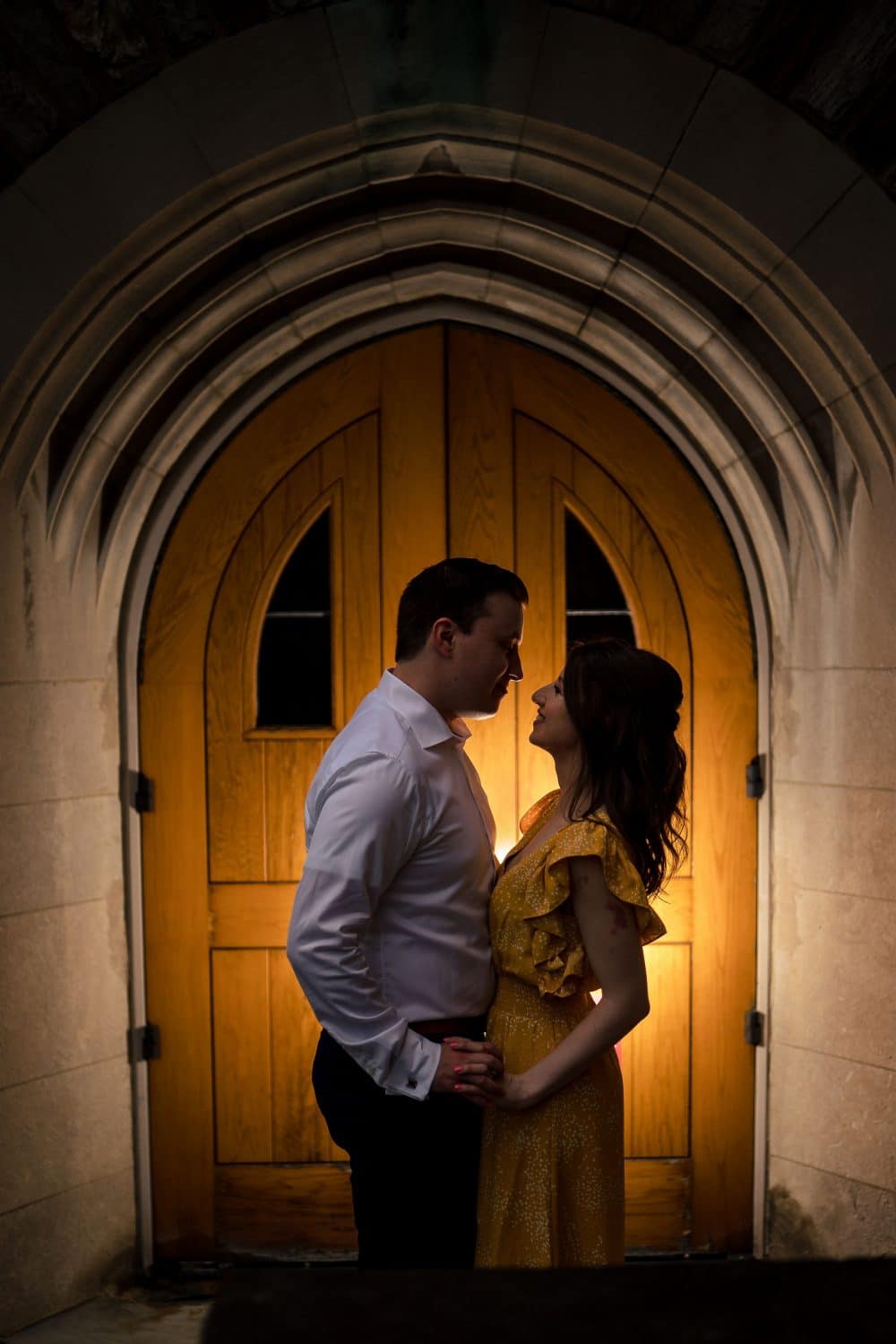 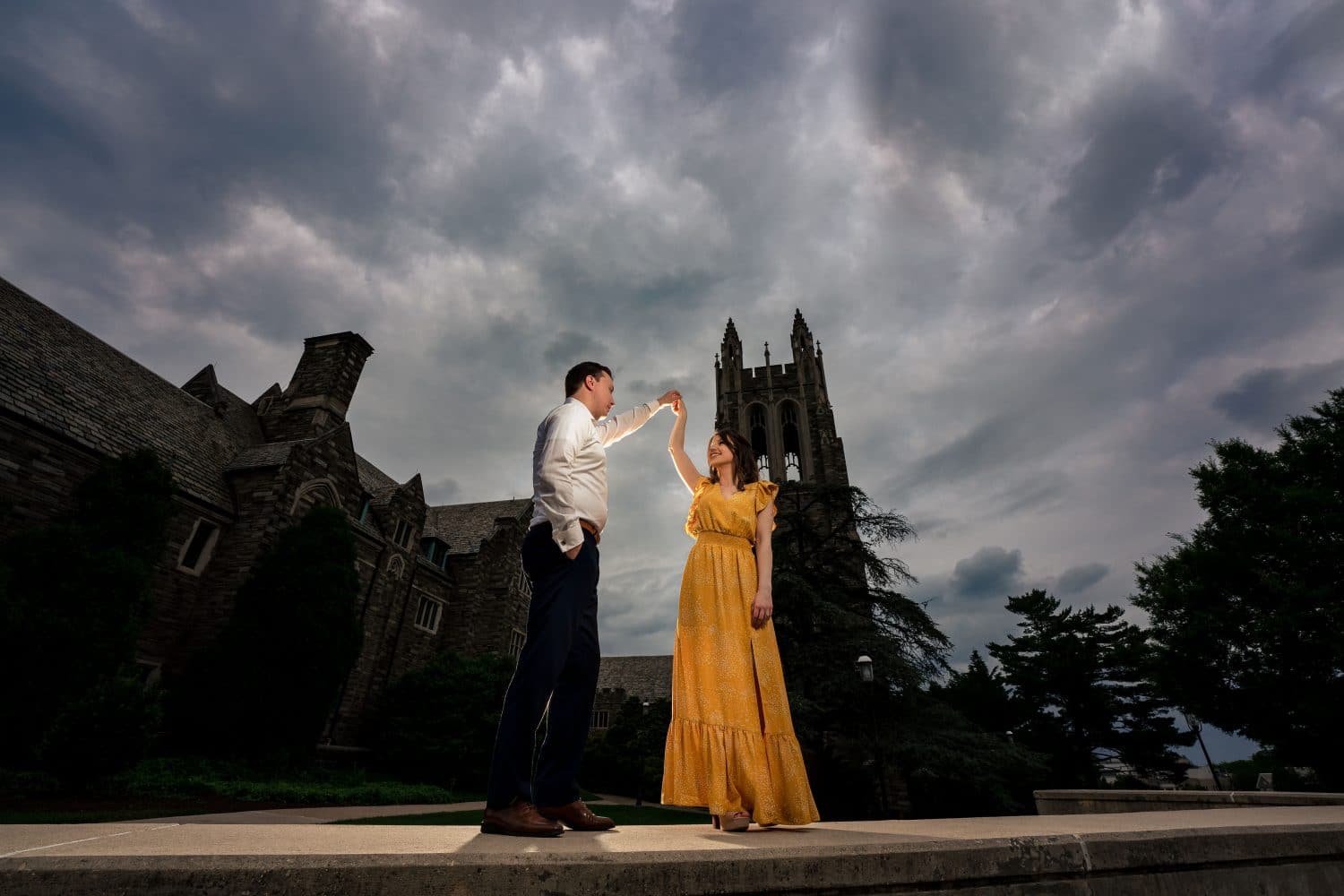 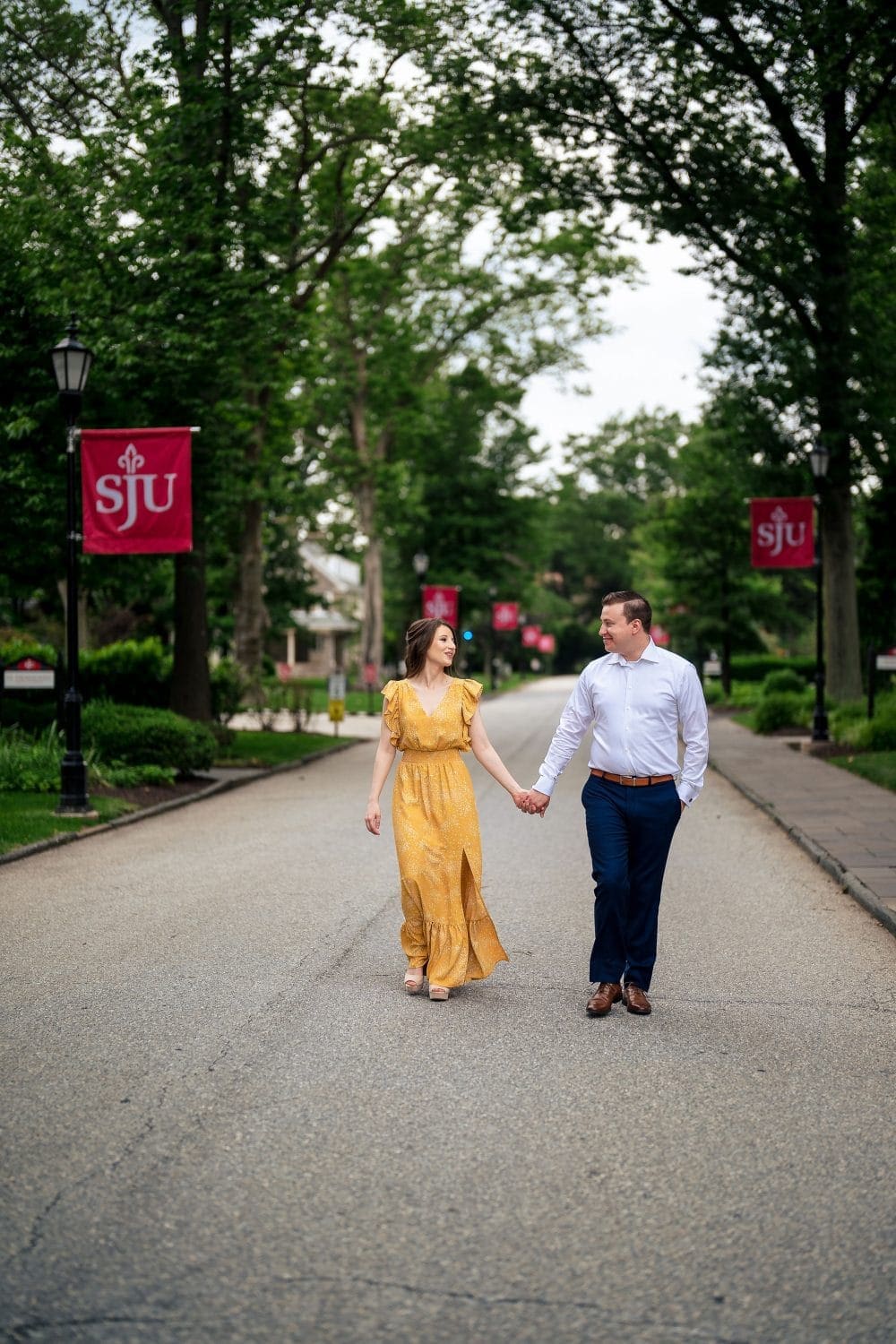 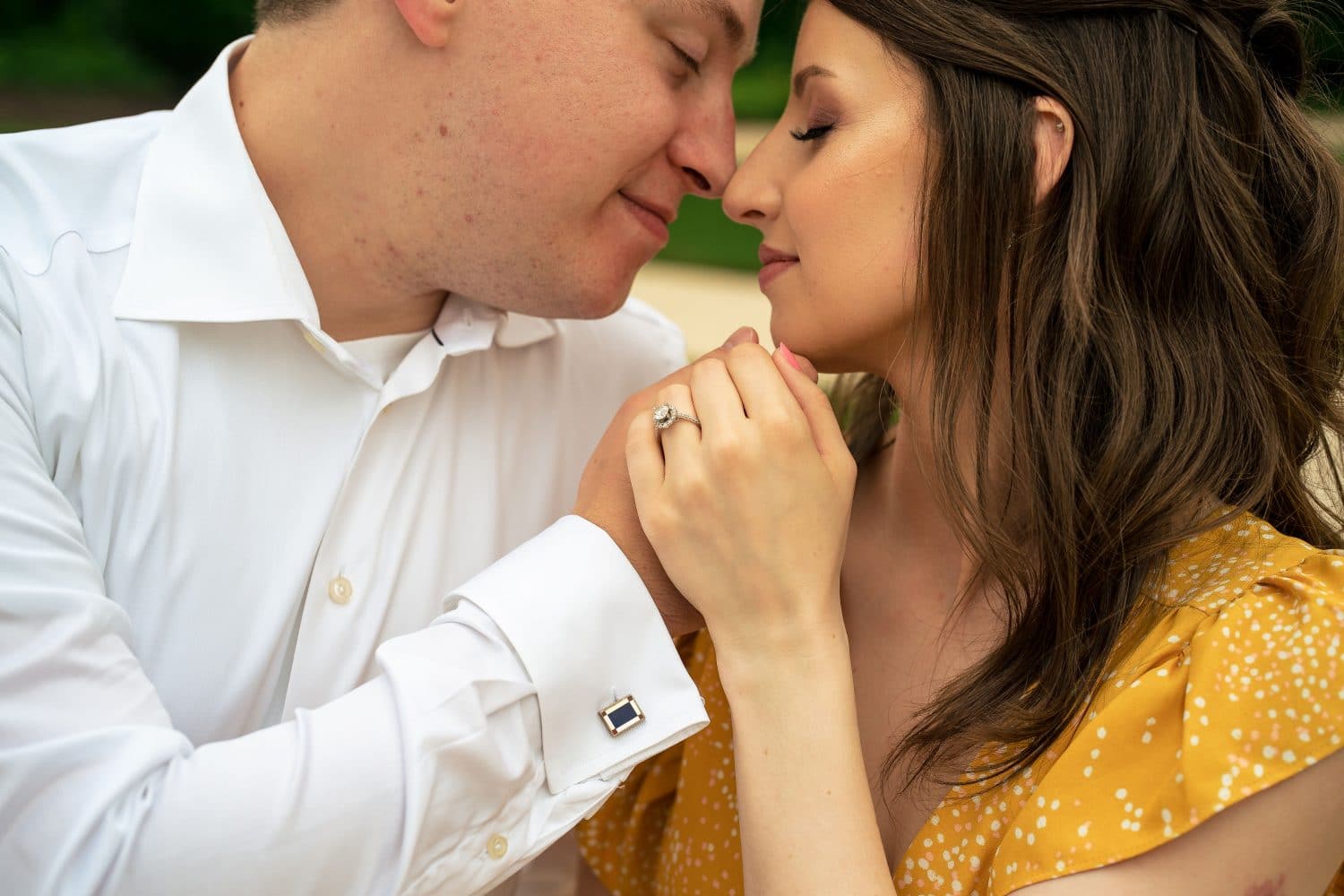 We couldn’t end the photoshoot without a few pictures of them posing next to the Saint Joseph sign. Melissa and John loved the visuals we captured during this engagement shoot. It was a privilege to be a part of their wedding journey. 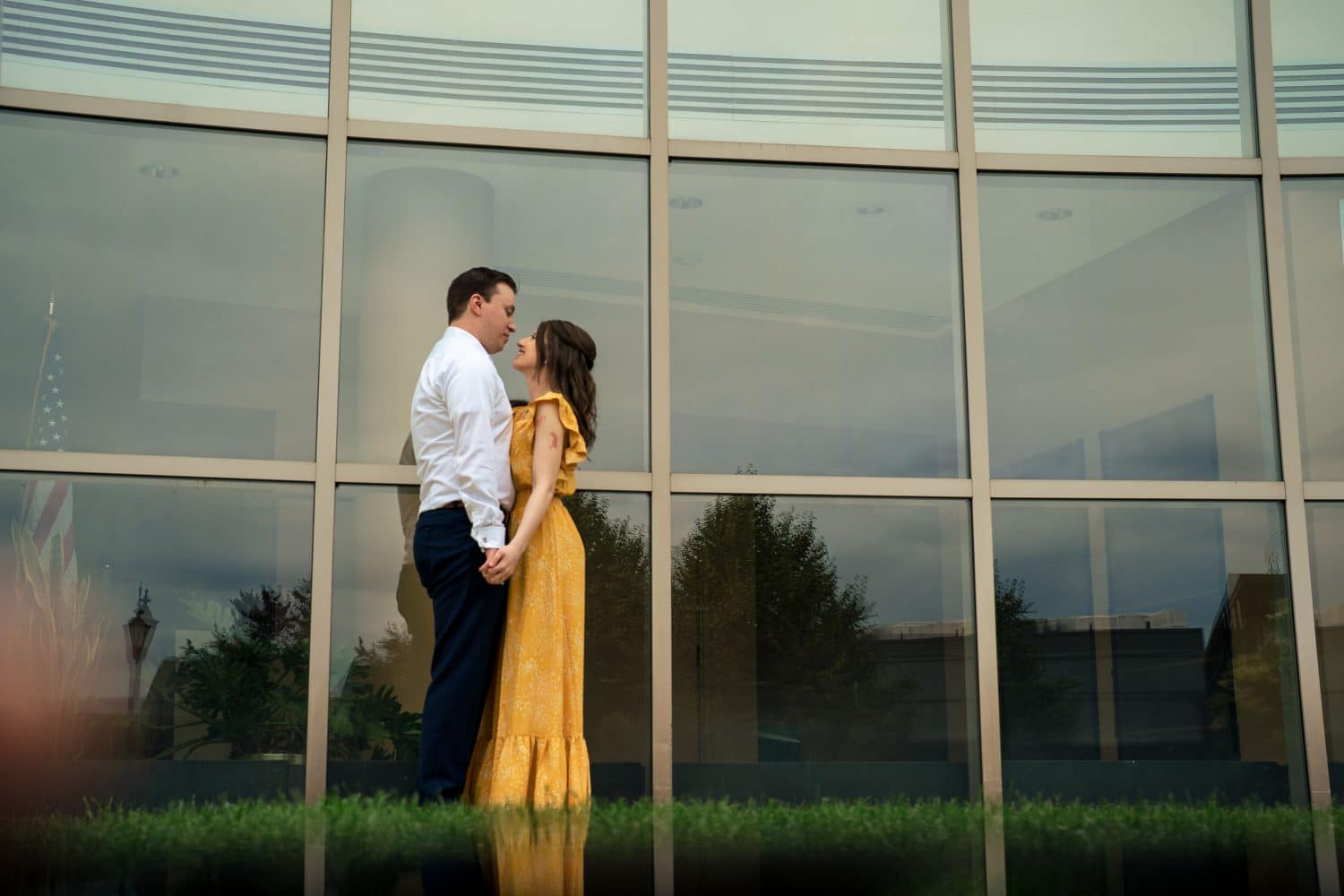 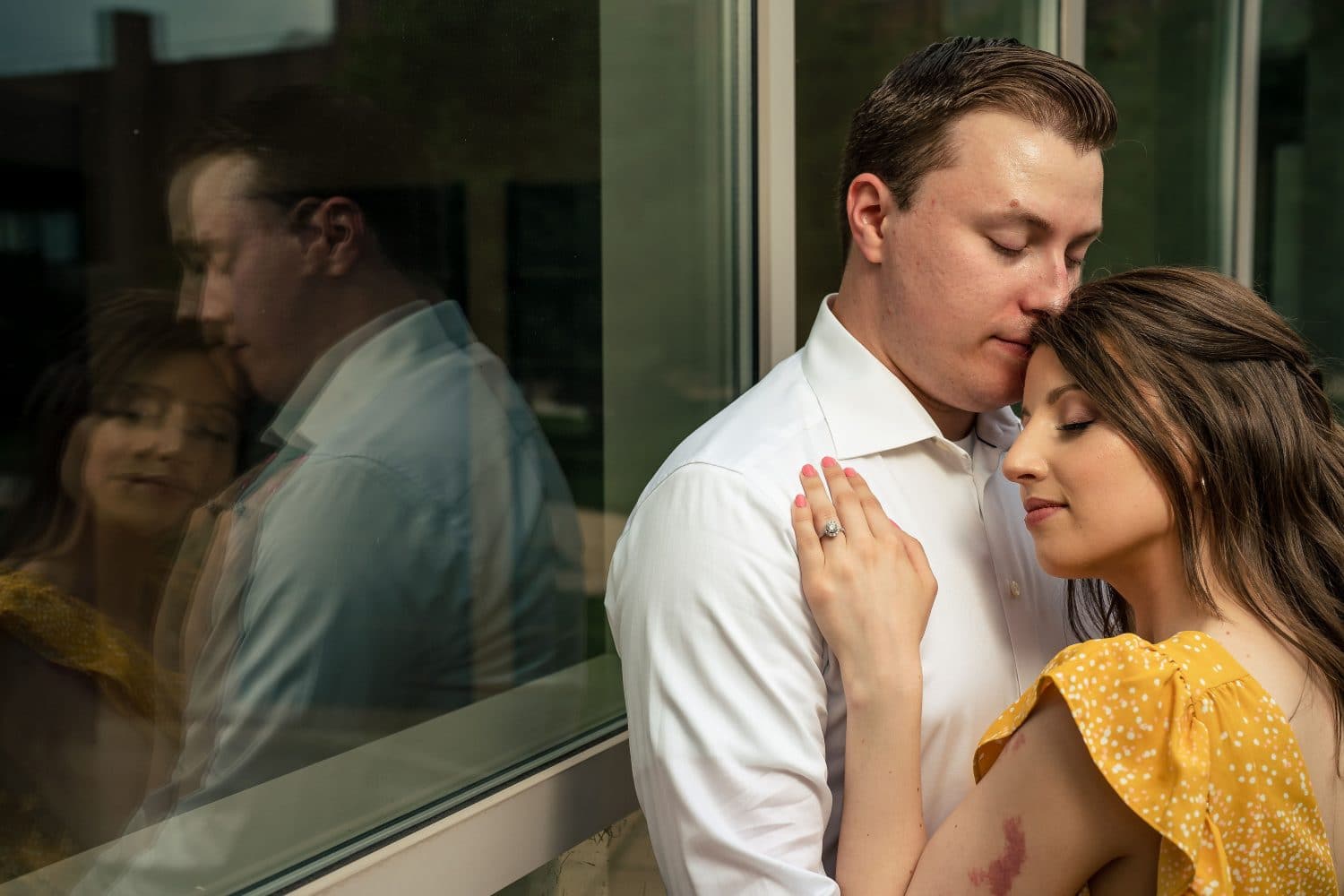 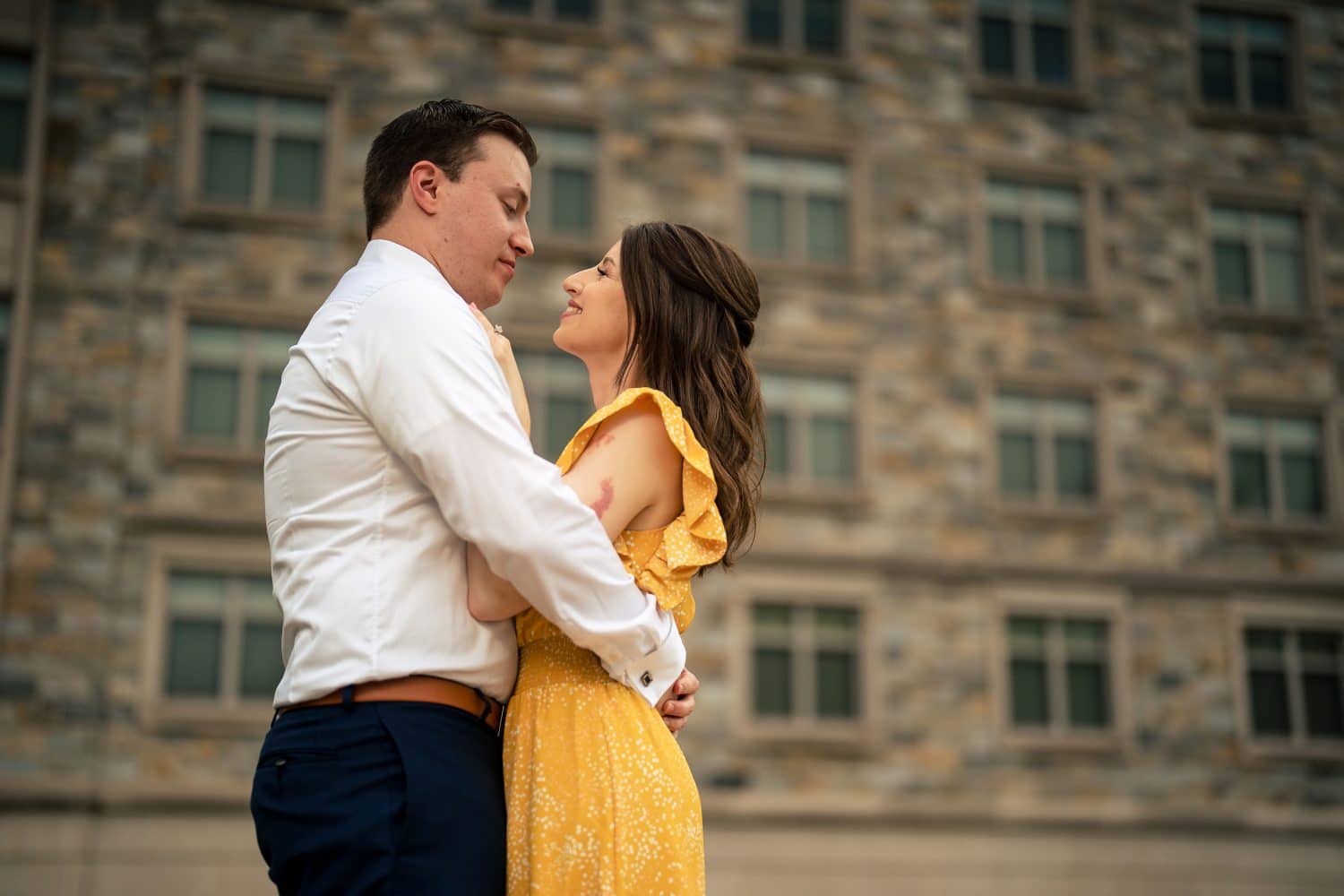 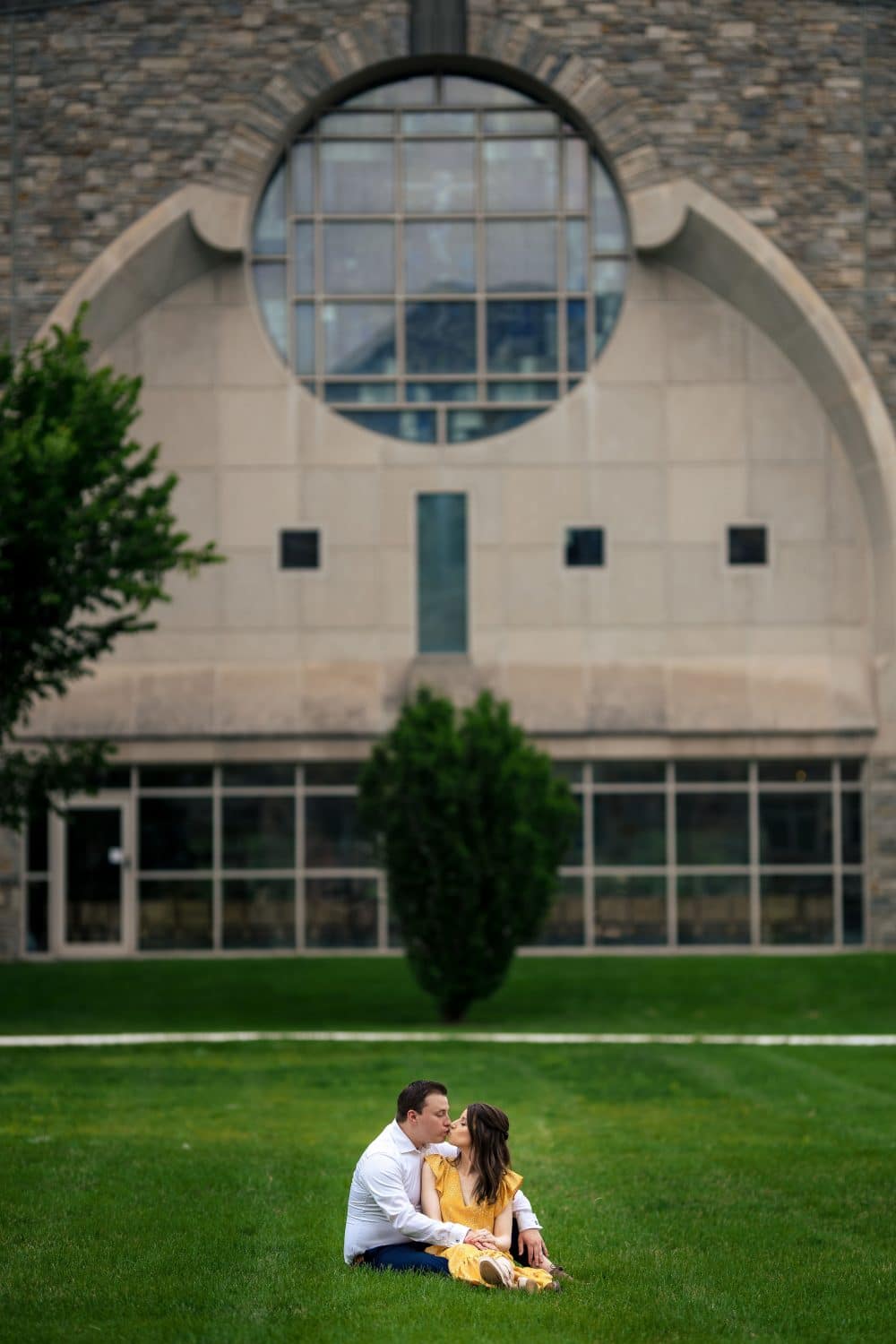 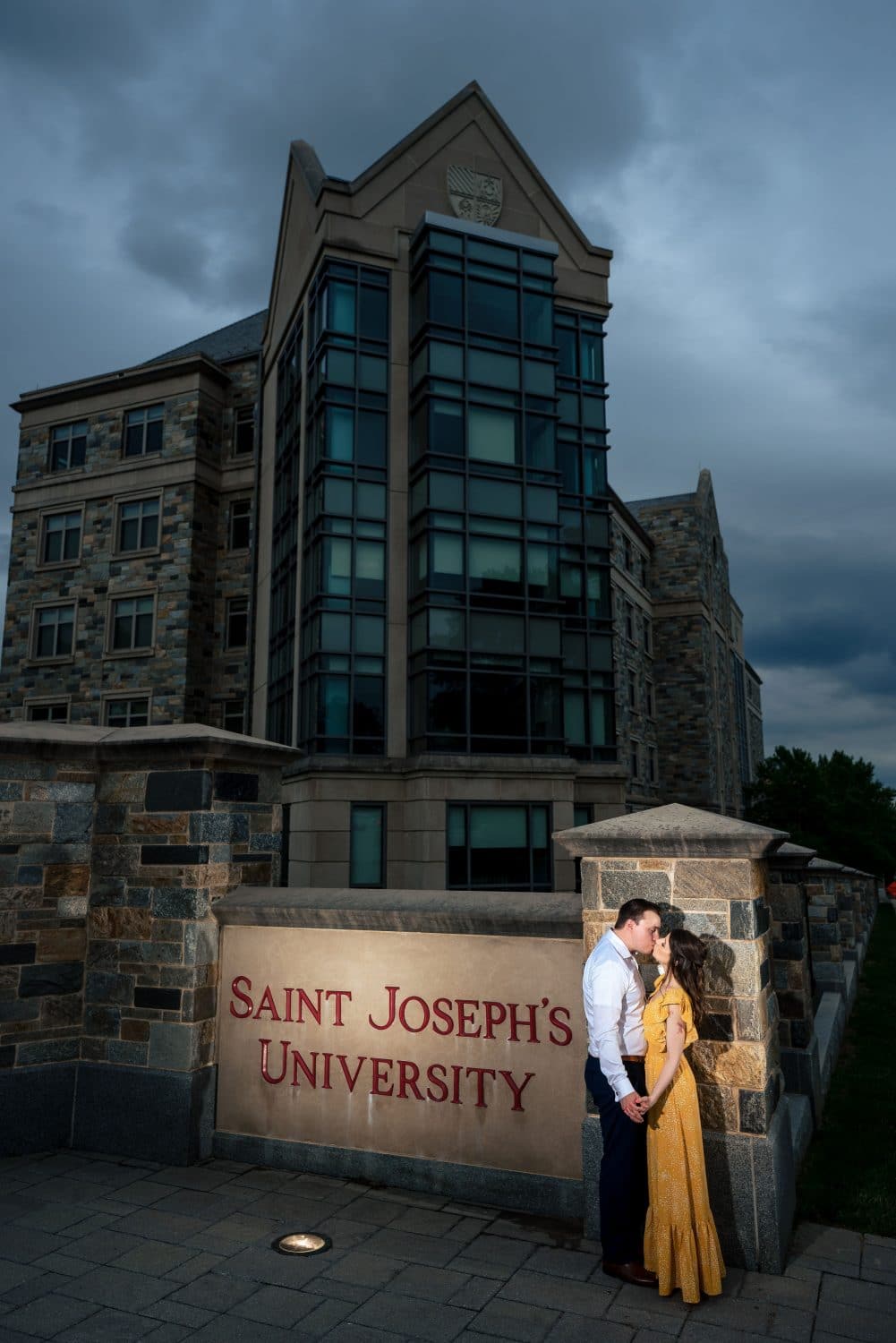 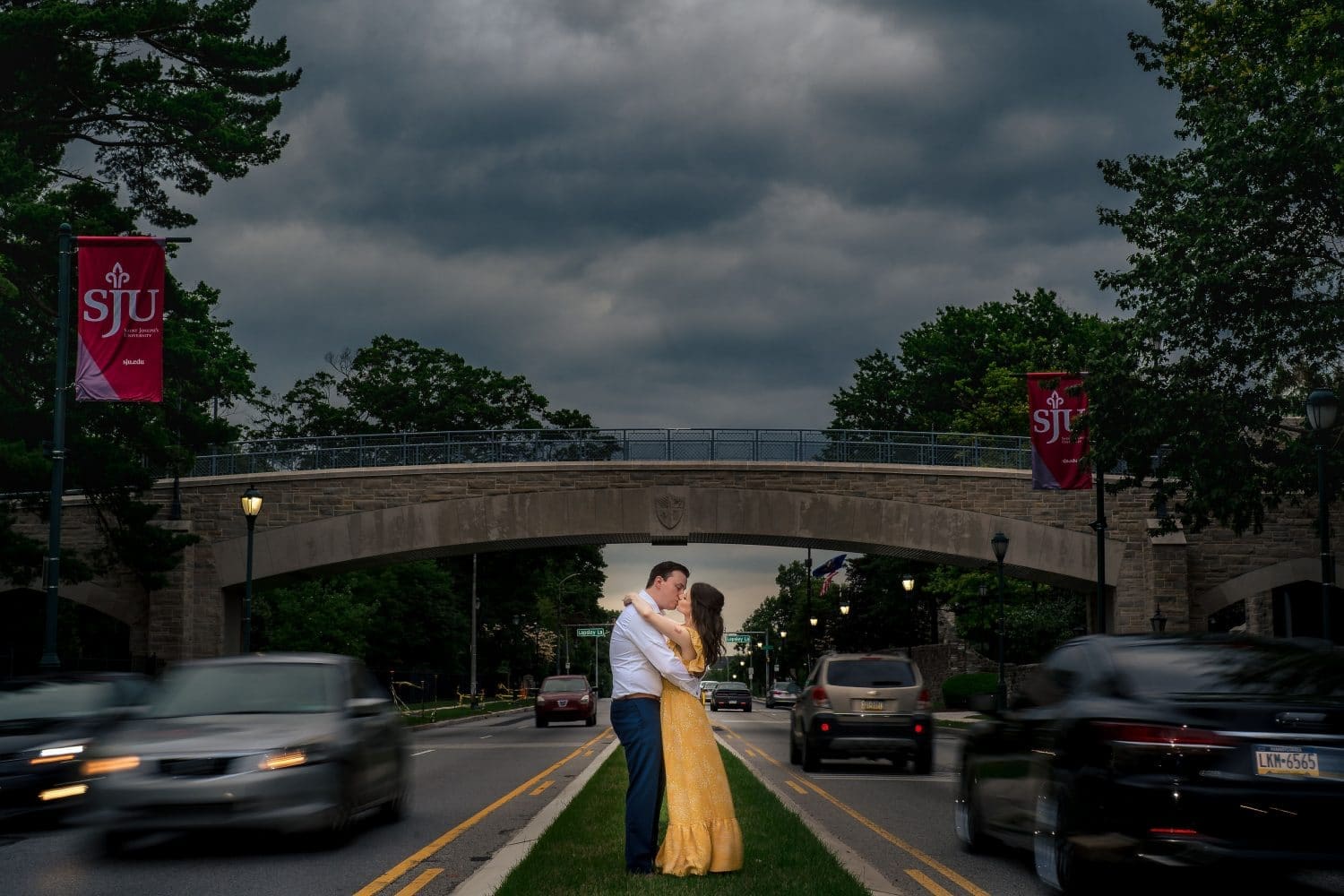 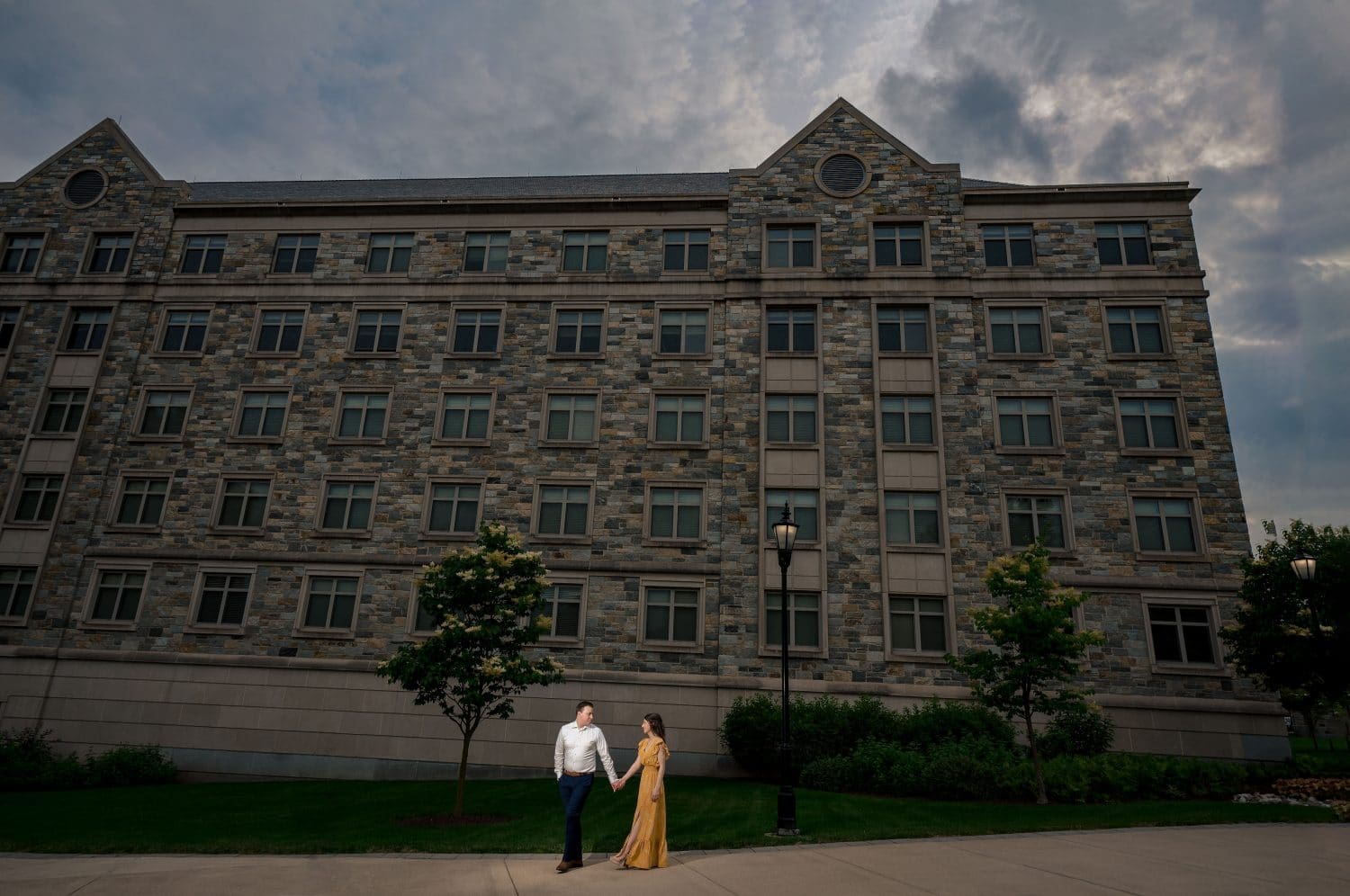 Are you planning to take that next step in your life with your significant other? Mark the special occasion with an epic engagement shoot that showcases your love. Engagement pictures are beautiful mementos that you’ll cherish forever. Contact us today to schedule a consultation to discuss your ideas for the session.

J&J Studios is one of the top photography studios based in Philadelphia and owned by award-winning photographer John Ryan. Our team is dedicated to documenting all types of memorable events. We travel to any location.