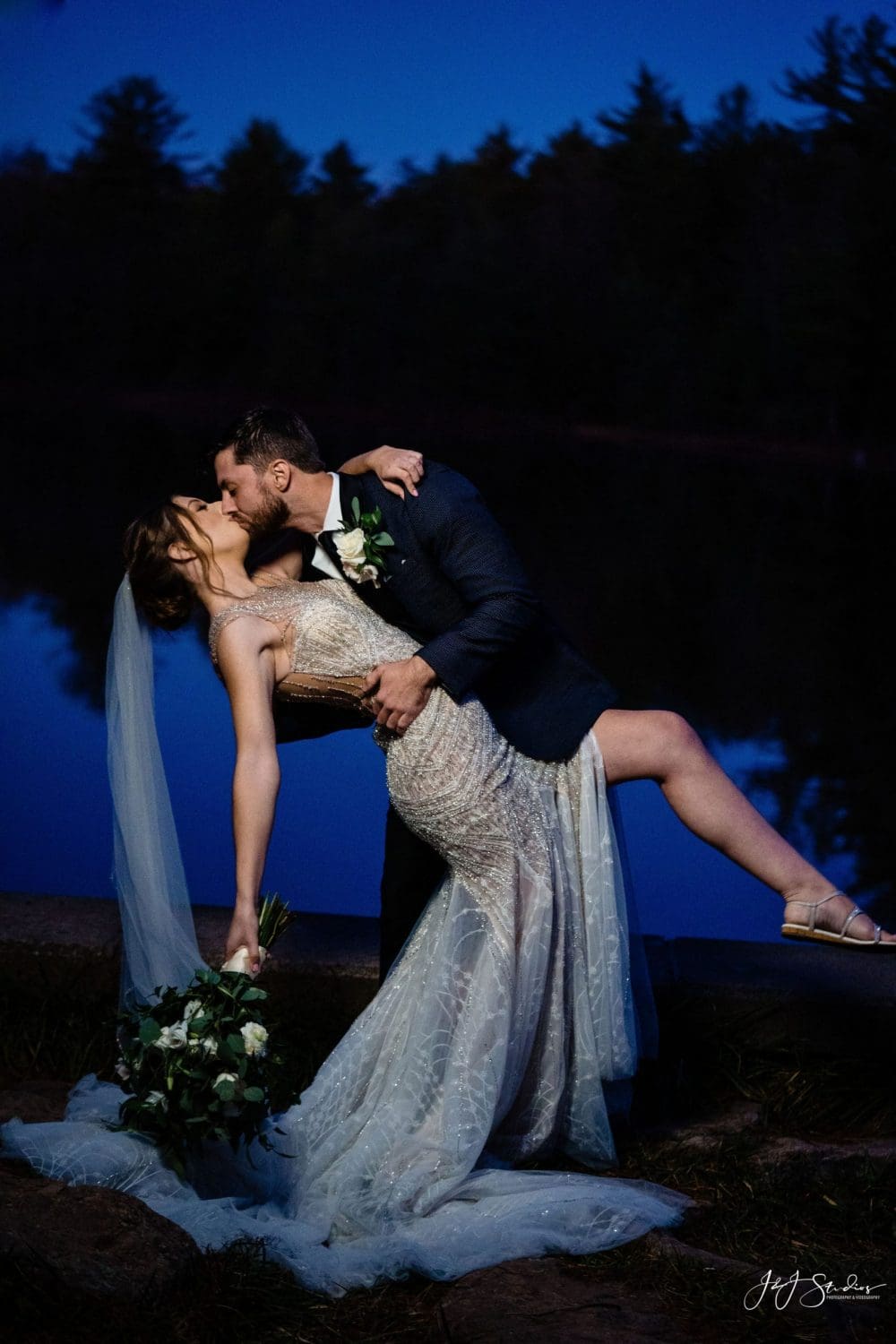 Our team was very excited to shoot with Evan and Hollie. It’s not every day that our clients give us full creative control in helping them commemorate such a special occasion. Therefore, it was important for us to nail this shoot and give this beautiful couple an engagement session that they’ll cherish forever. From the natural light provided by the warm glow of the sun to the breathtaking scenic locations, everything about this Philadelphia styled wedding photo shoot was epic. It was everything we envisioned. 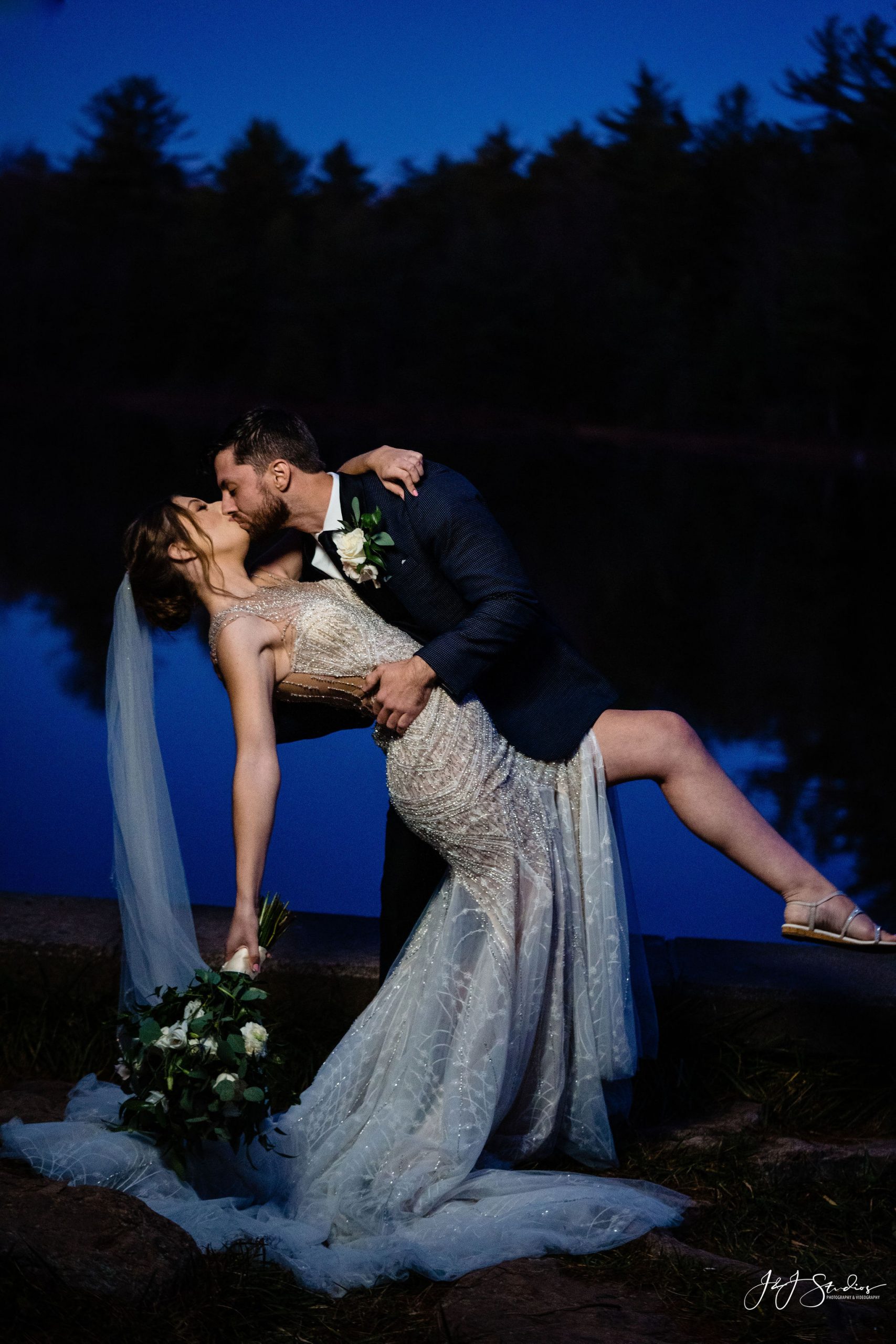 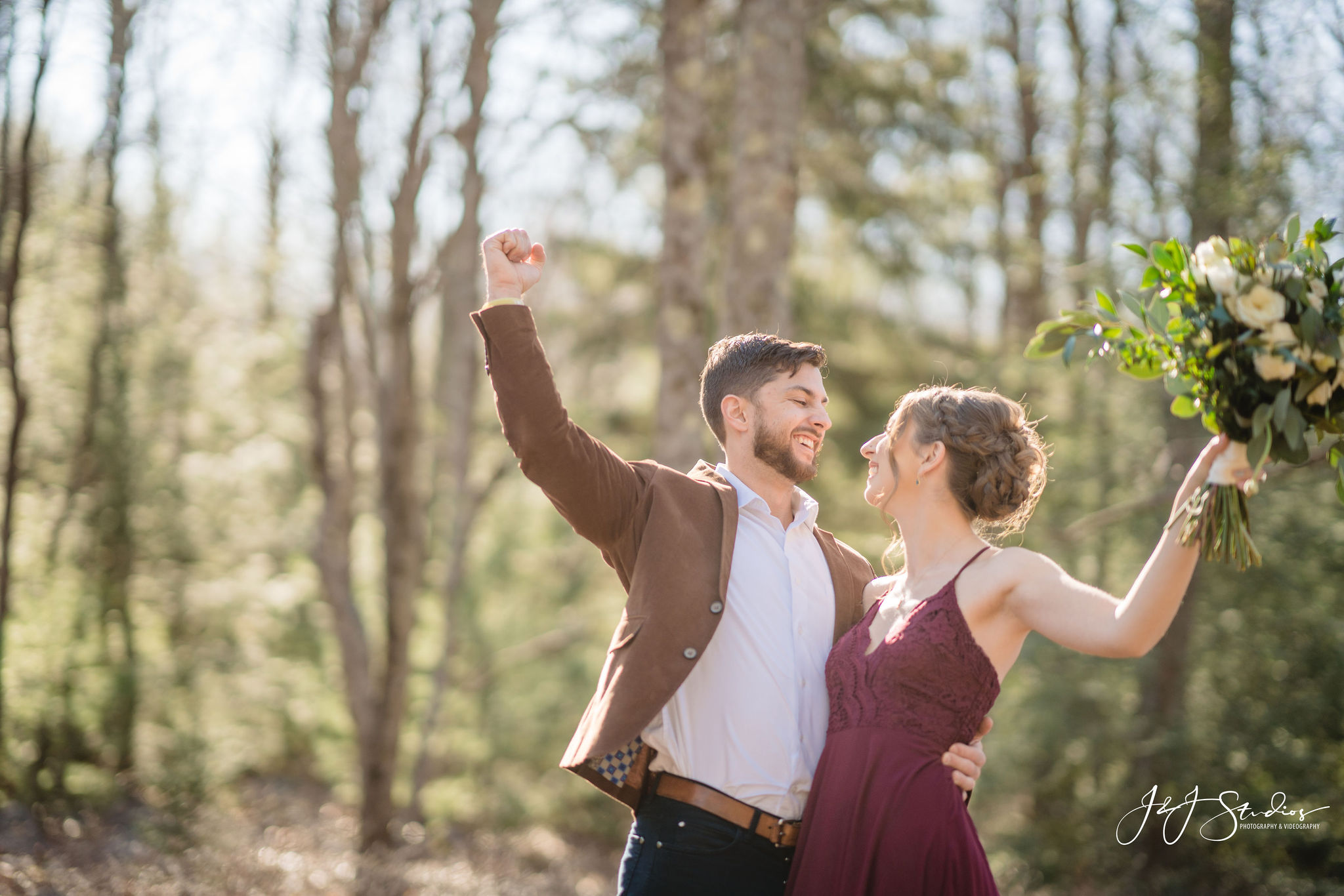 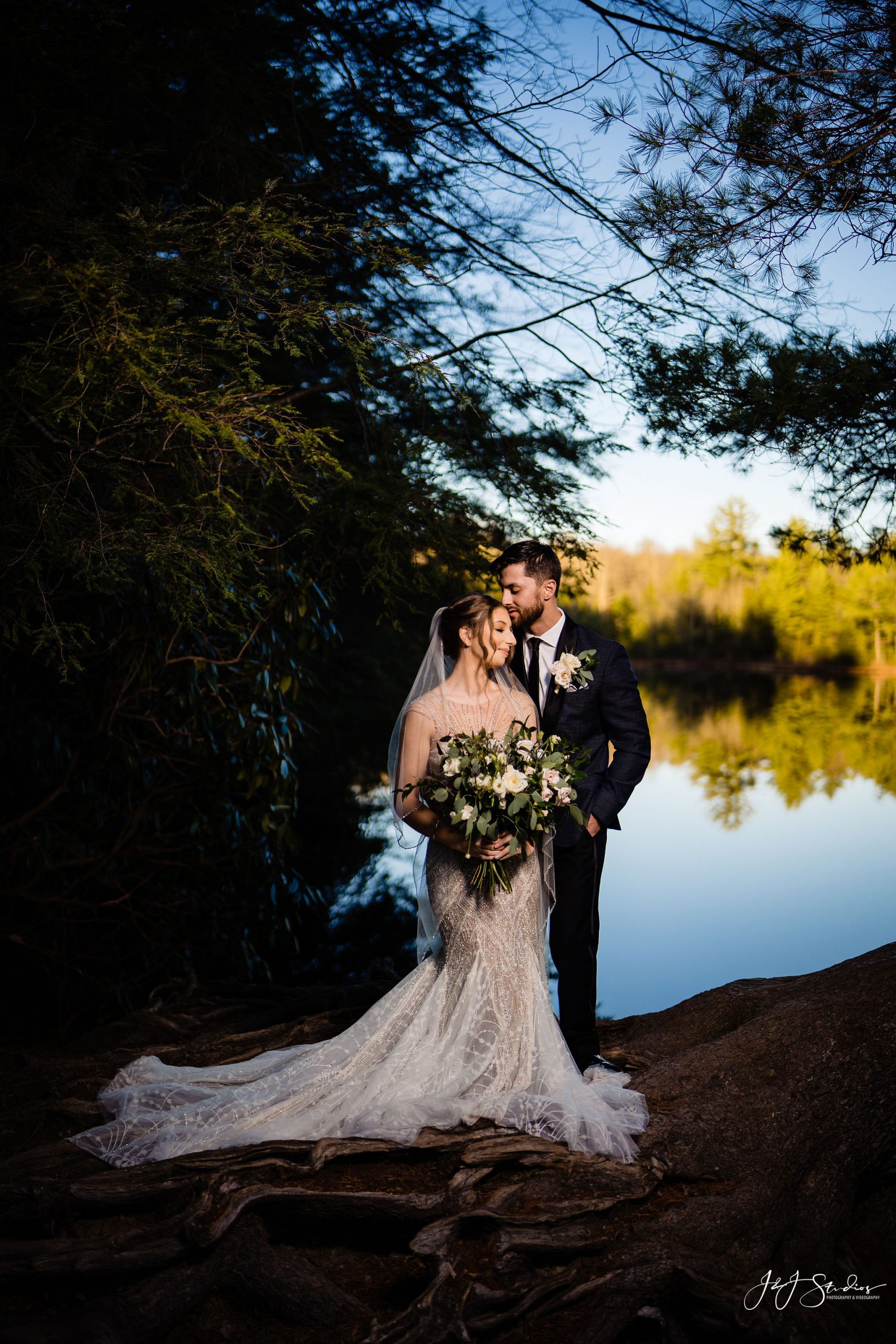 Hollie and Evan met at West Chester University a prominent school in Chester County Pennsylvania. They were both music majors. Hollie studied piano and choral while Evan majored in instrumental. Although their classes were in the same department they didn’t see each other much and when they did it was during brief encounters. It wasn’t until two years later when Hollie and Evan finally had a chance to talk when they ran into each other at a local gym; Crunch Fitness in their hometown They were surprised to learn that they had been living within fifteen minutes of each other their entire lives.

They began talking every day on Instagram. If you ask Evan, he’ll tell you that he knew Hollie made the first move. “‘Hollie had thrown me hints that I was catching up on. She would message me and post comments on the truck I’d bought, and comment on stories I’d post until she asked if I wanted to grab dinner. From there you can say the rest is history, “ Evan recalled.
After their first date, Hollie and Evan were inseparable. In fact, a week after their first date they became an official couple. It took no time for them to both realize that they were perfect for each other.

When They Fell in Love

Evan describes his future bride as being the most genuine person he has ever met. What he loves most about his partner is that she is loving, caring, selfless, and honest. It was her ability to unapologetically be herself that drew Evan to Hollie. They can talk about any and everything for hours. “We help each other through difficult times and celebrate the good times. Our relationship was extremely natural.” was drawn to Evan’s caring nature. He’s always thinking of little ways that he can bring a smile to her face. Hollie recalls the time he bought her a bouquet of red roses and a heart-warming card expressing his love. When she asked him what the occasion was he told her it was just because he loved her.

Hollie and Evan are a match made in heaven. This was clearly evident from our session. It’s always heart-warming to be around genuine love and watch couples lovingly interact with ea byr.

Quirky Facts About Hollie and Evan

Hollie loves cats. In fact, she has a cat named Fatty that she absolutely loves. She works as a choral director at Marple Newtown Highschool. Out of all of her sisters, Hollie will be the last one to get married.
Evan enjoys spending time in the woods and the mountains because it’s so peaceful. It’s during these times he’s really able to reflect on life. Holly and Evan always give each other space to be themselves.

When we met with Evan and Hollie to discuss the details of their  session the couple made it clear that they desired photos that simply showcased their natural love for one and another and how they are on a day to day basis.

Hollie was inspired by our Instagram page which features several creative shots that weave taken over the years. As a professional model, Hollie was especially inspired by our team’s ability to capture the right lighting scheme, our editing skills, and our keen eye for the best locations for iconic photos. Having quality styled photos that celebrated this next stage in their relationship was very important for Hollie and Evan. In fact, they held off the wedding planning process until after the engagement session because they wanted to make sure this shoot had all of their attention. They trusted J&J Studios to come up with the perfect creative concept for their wedding shoot. 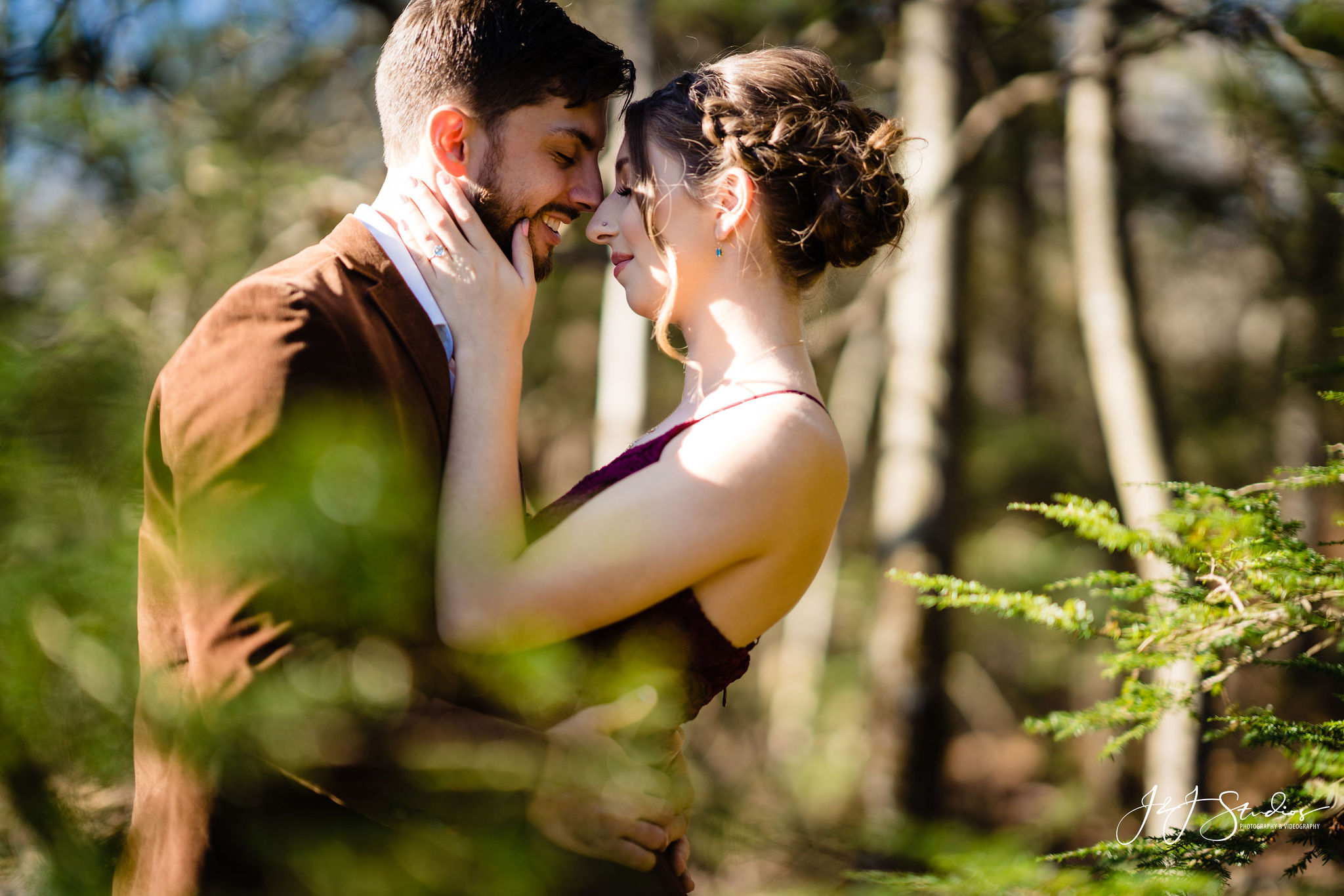 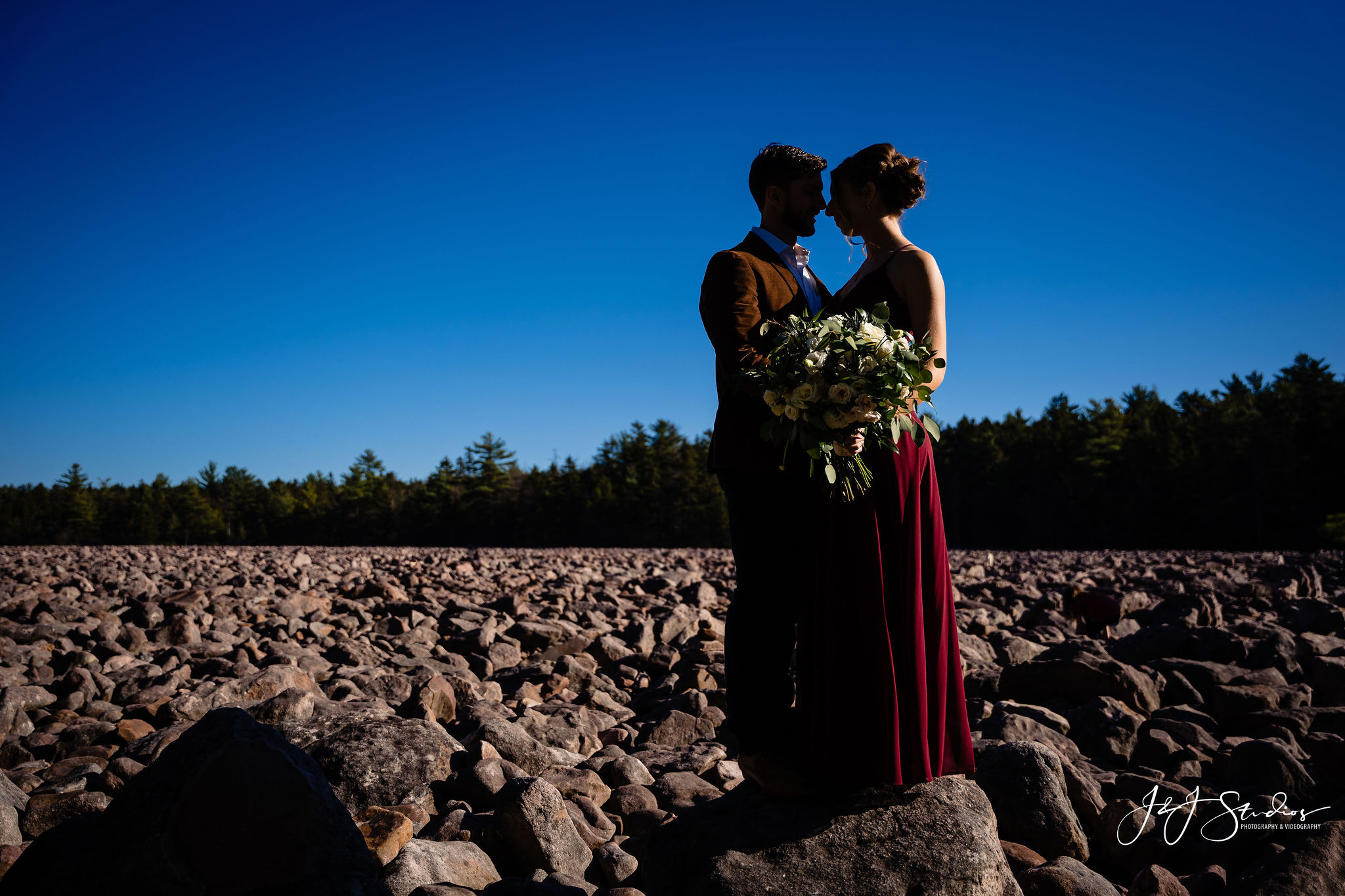 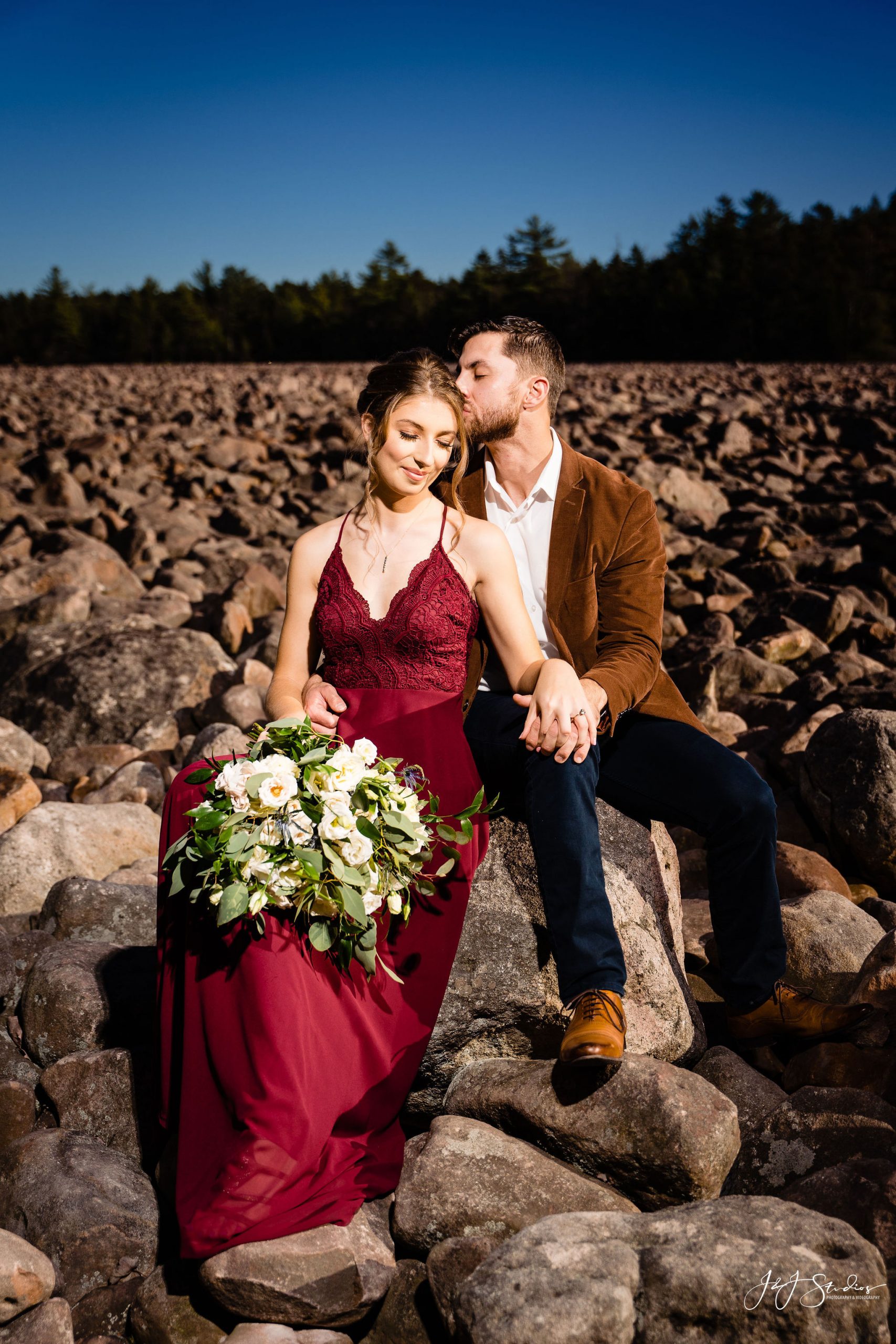 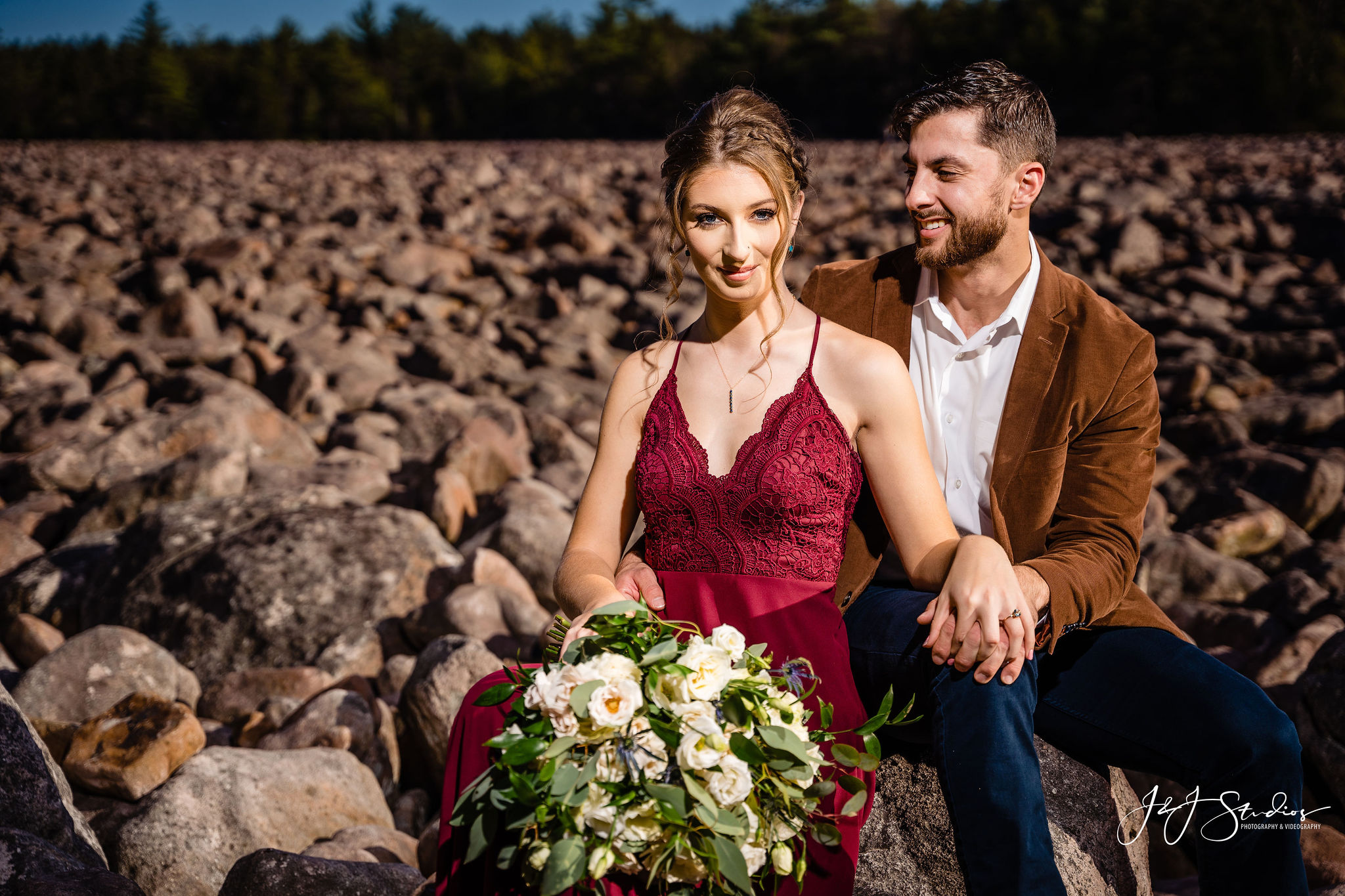 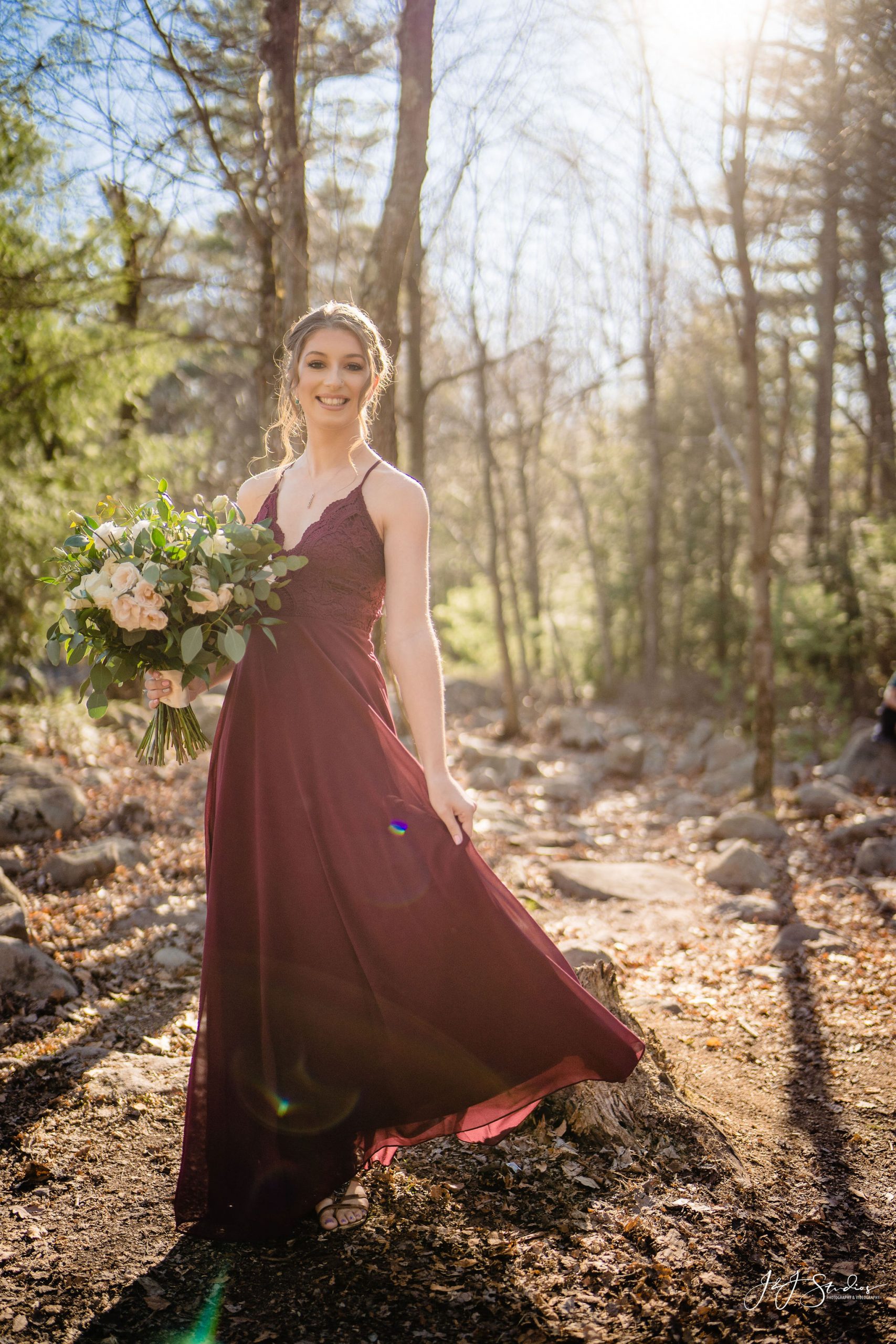 Our team chose a beautiful outdoor location with lots of natural elements that would make for great props in the couple’s styled engagement photo shoot. The forest of trees, the leave covered ground and the river bank helped take these photos to the next level. 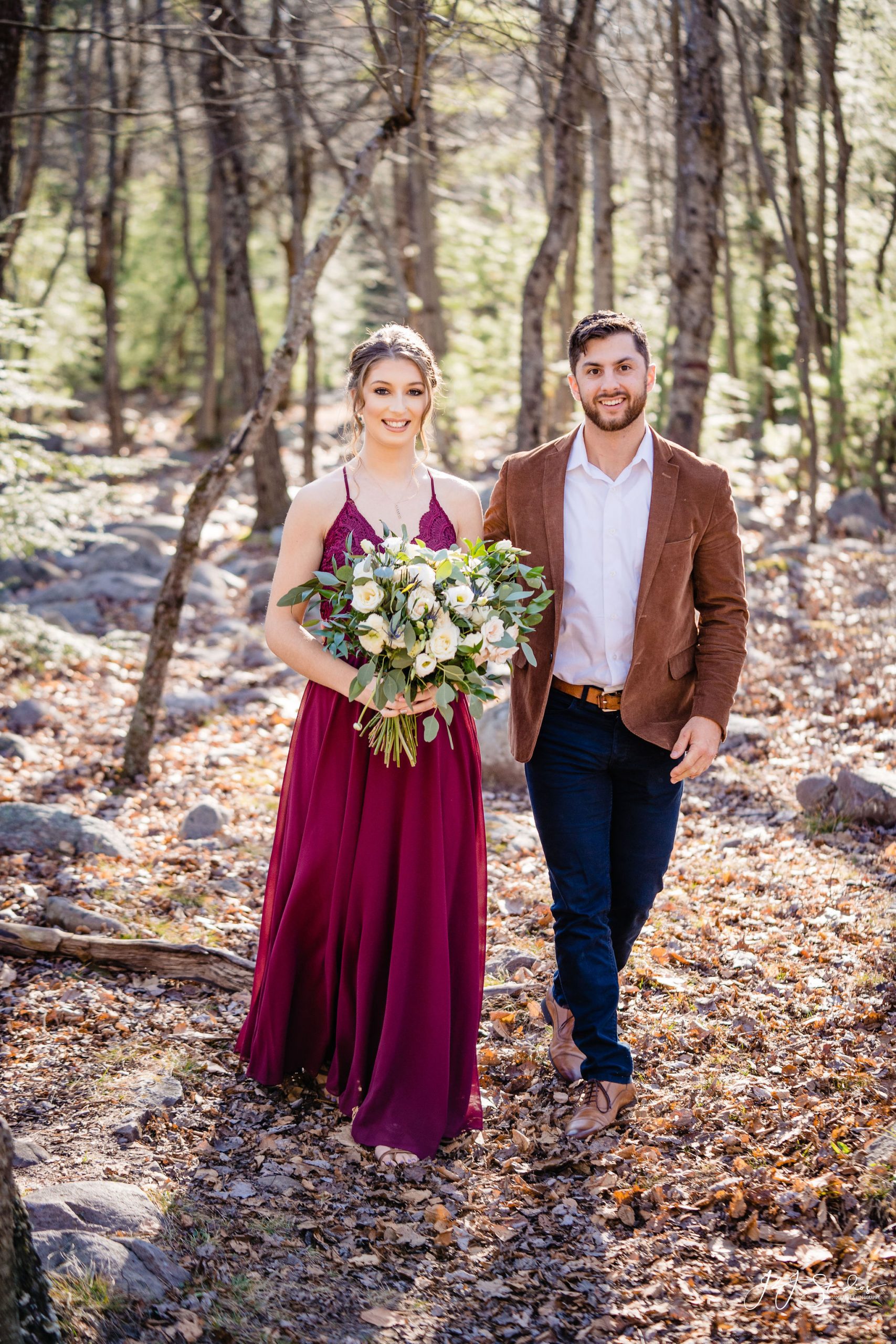 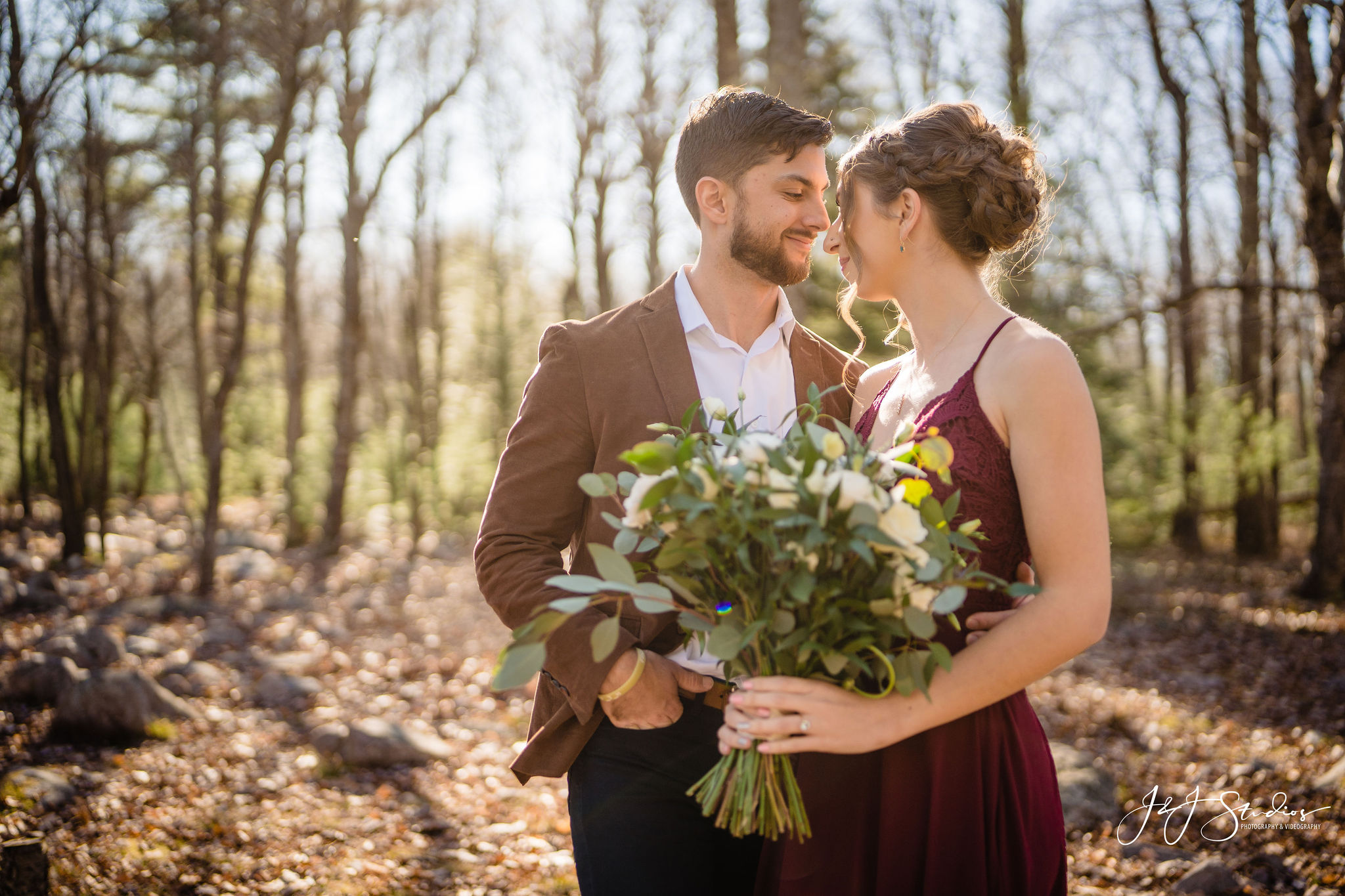 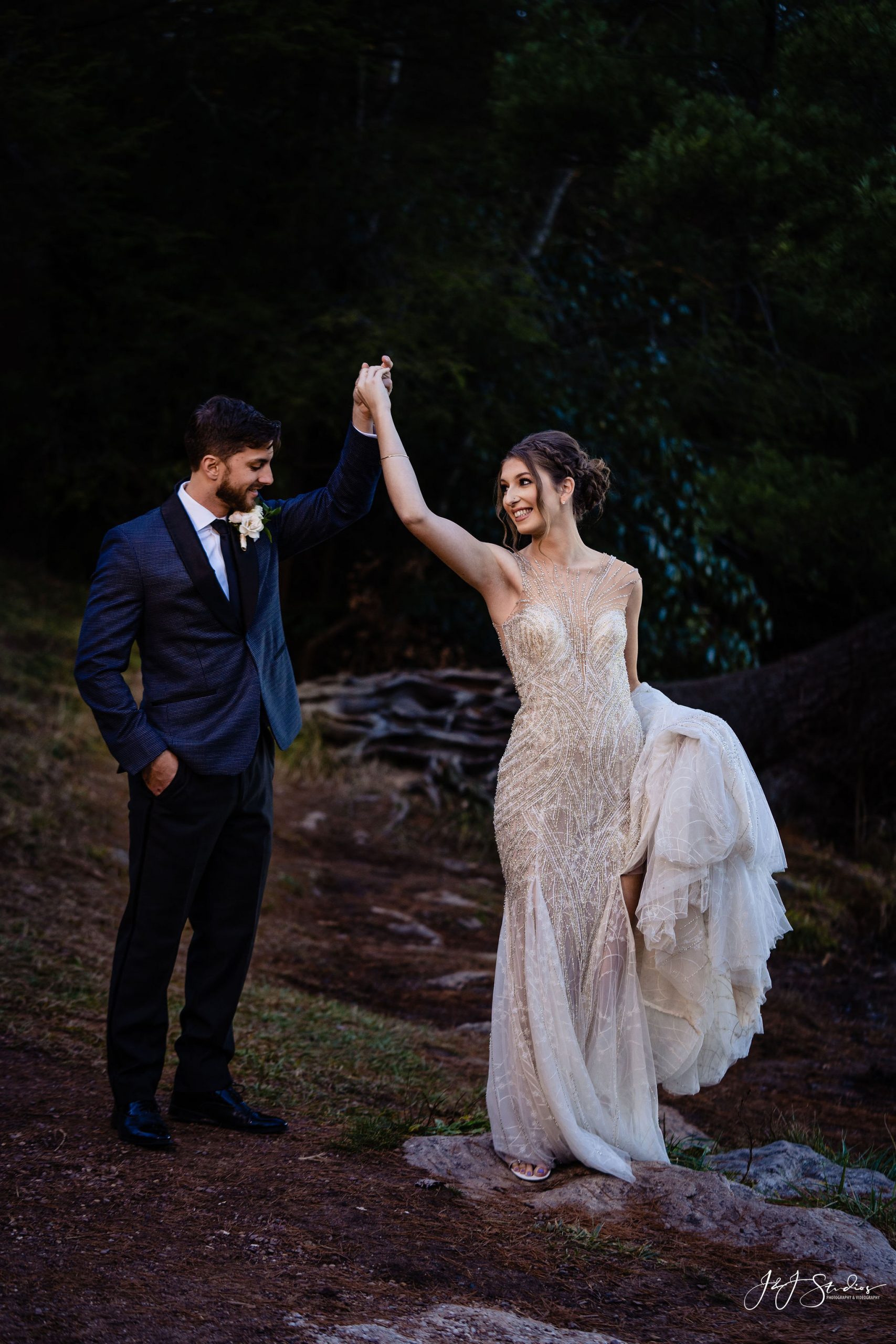 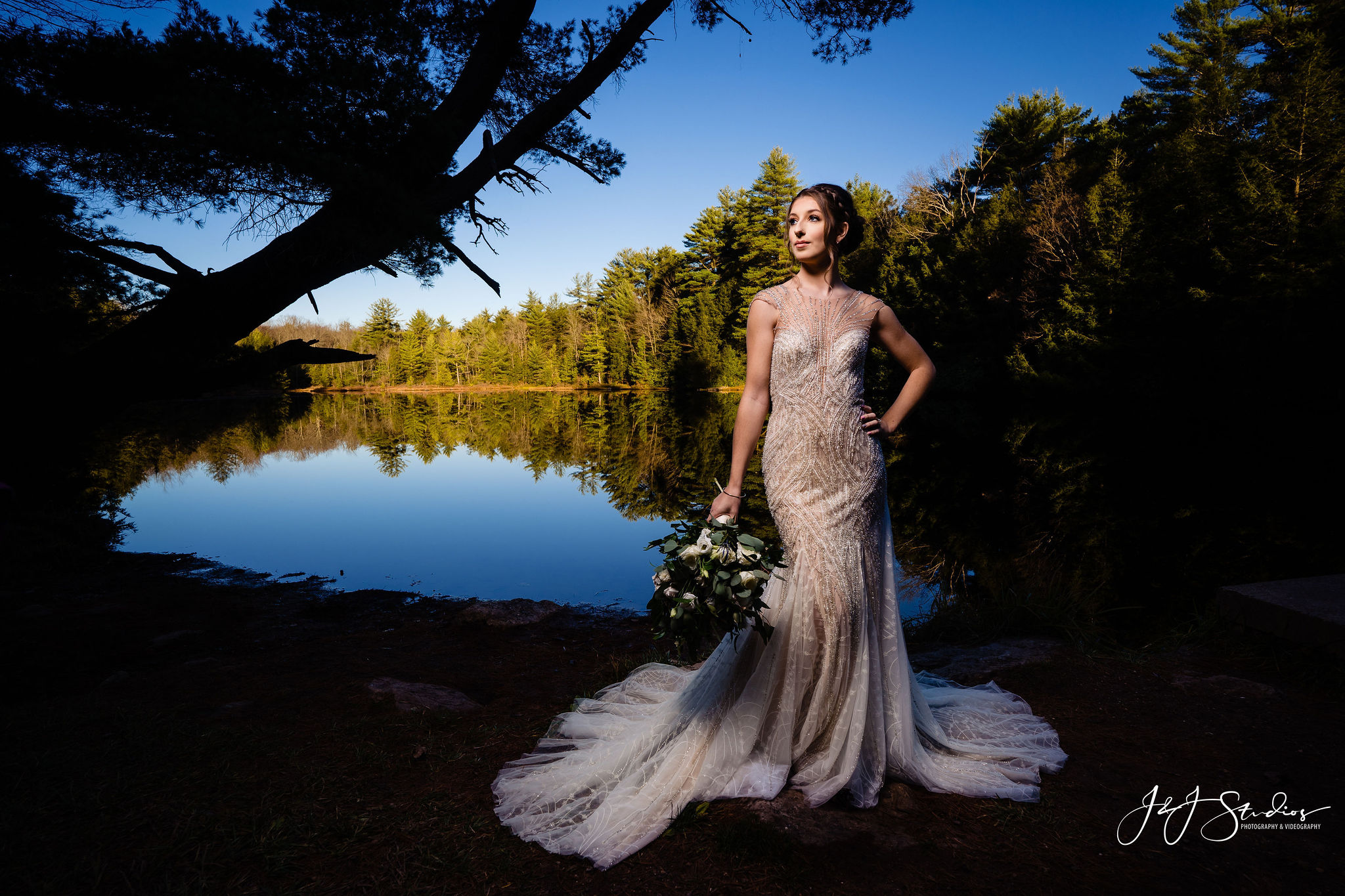 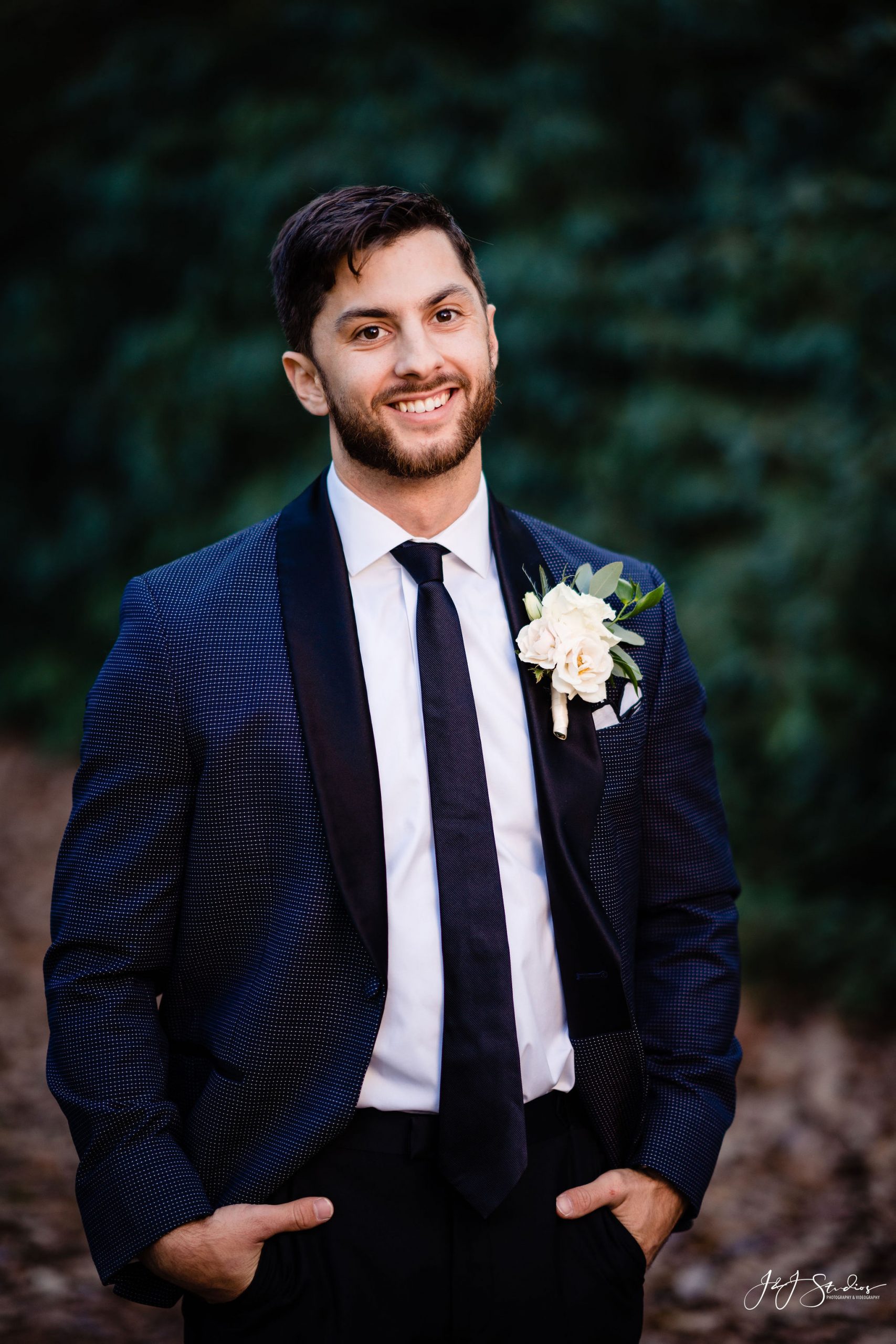 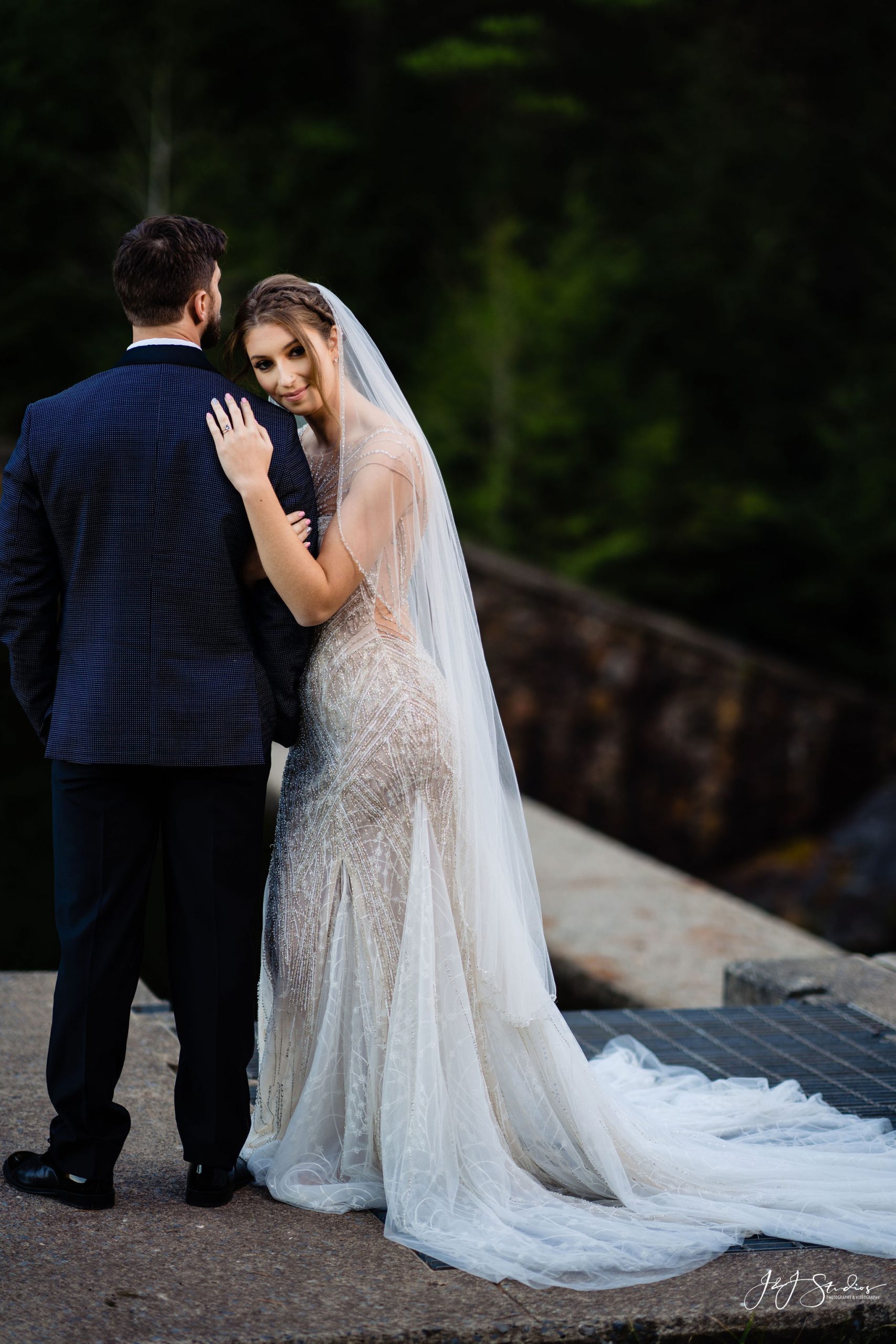 For this shoot, Hollie and Evan were professionally styled in beautiful clothing pieces. We opted for two different looks during the session. Both looks were sophisticated but when Holly changed into her wedding gown she had chosen for the second look during the next half of the session she nearly stole everyone’s heart. She looked gorgeous. Evan was super dapper in his well-tailored suit. 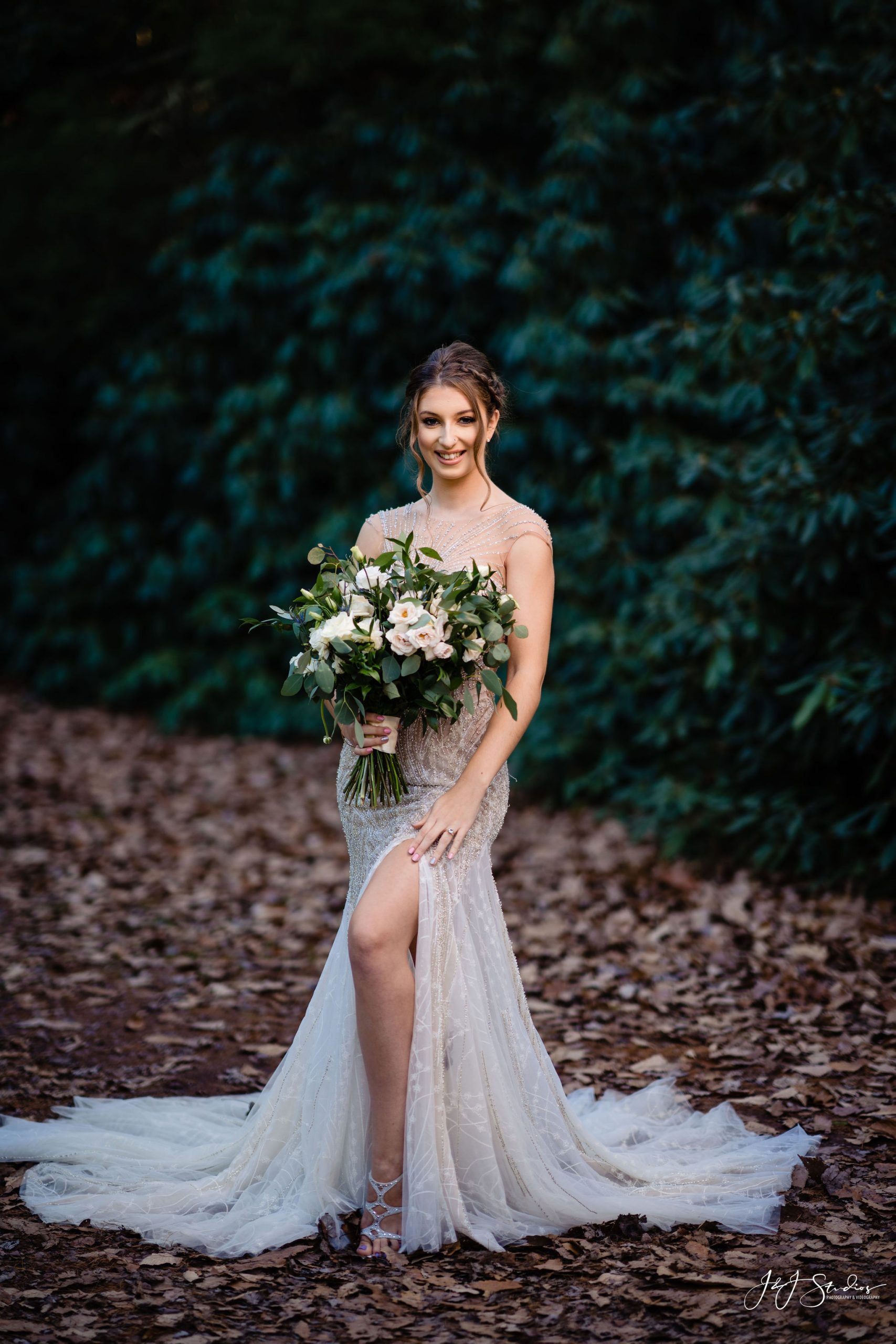 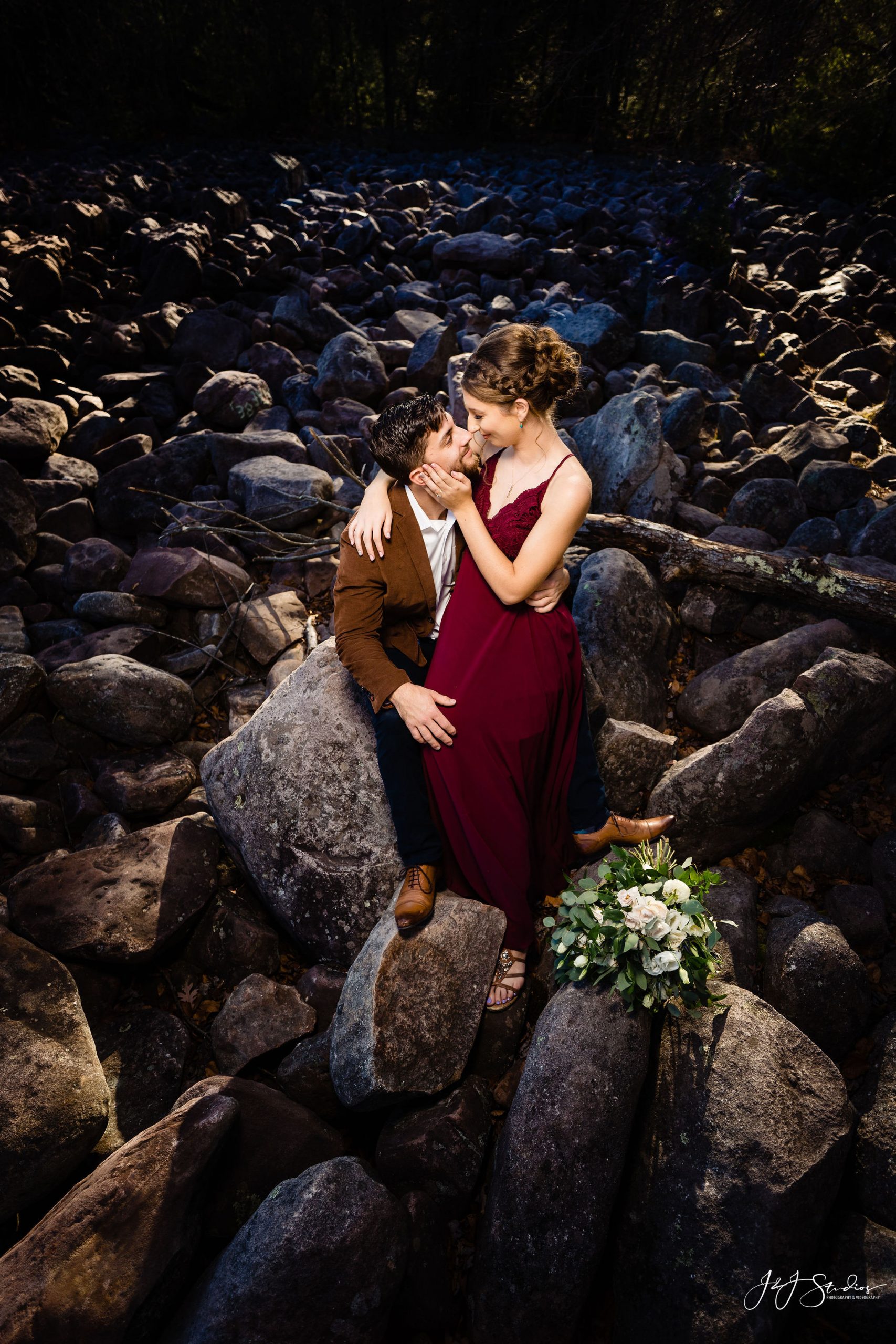 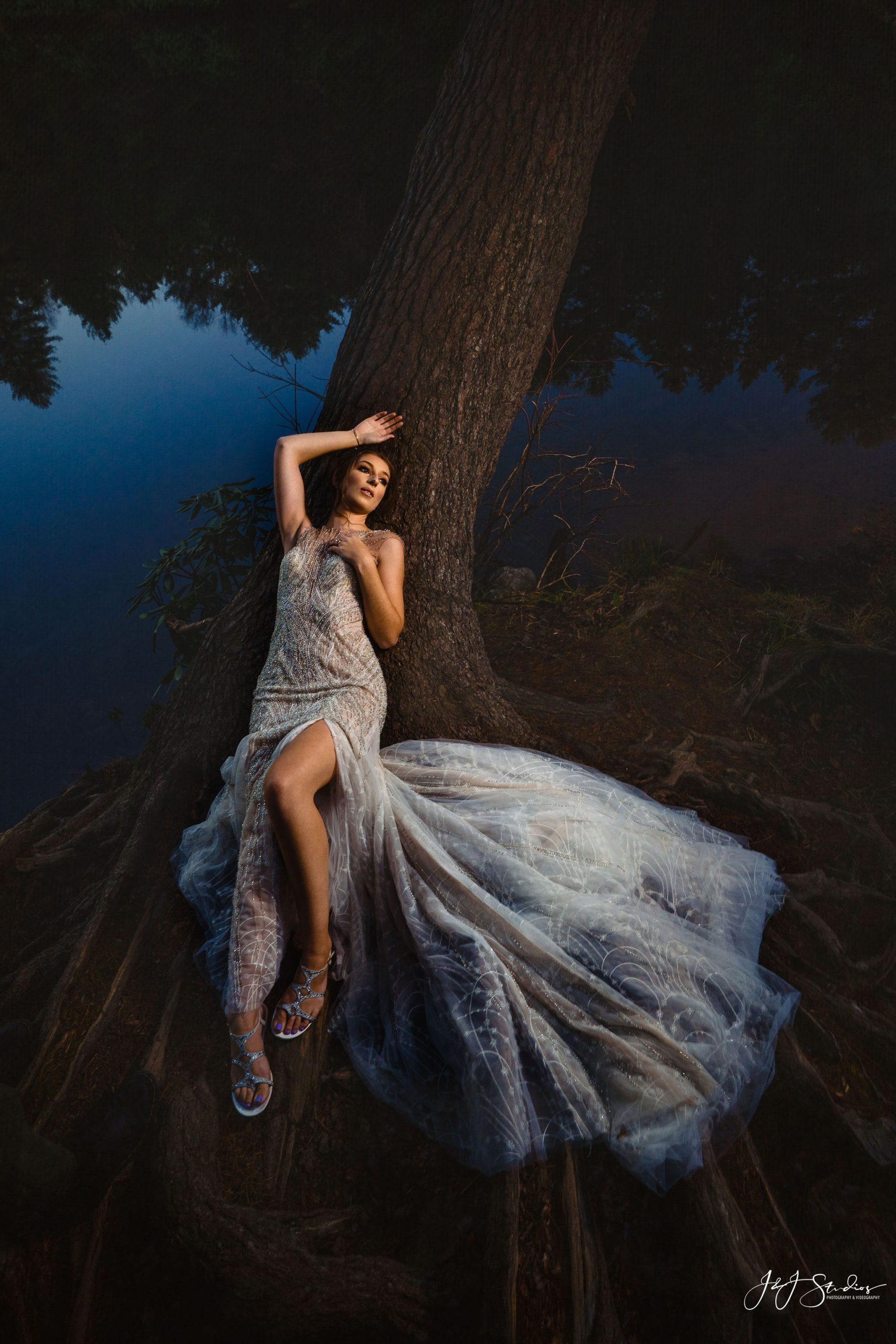 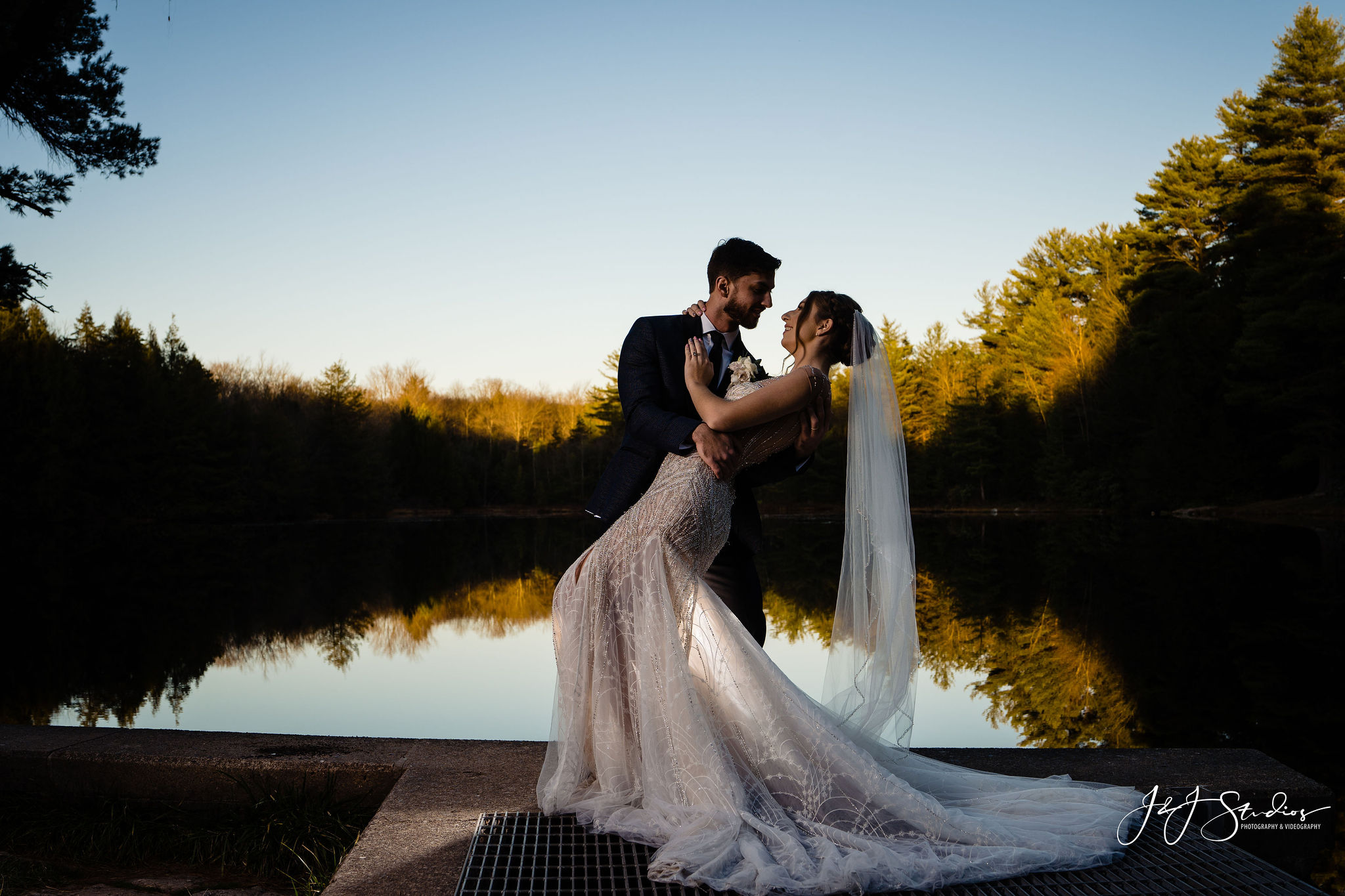 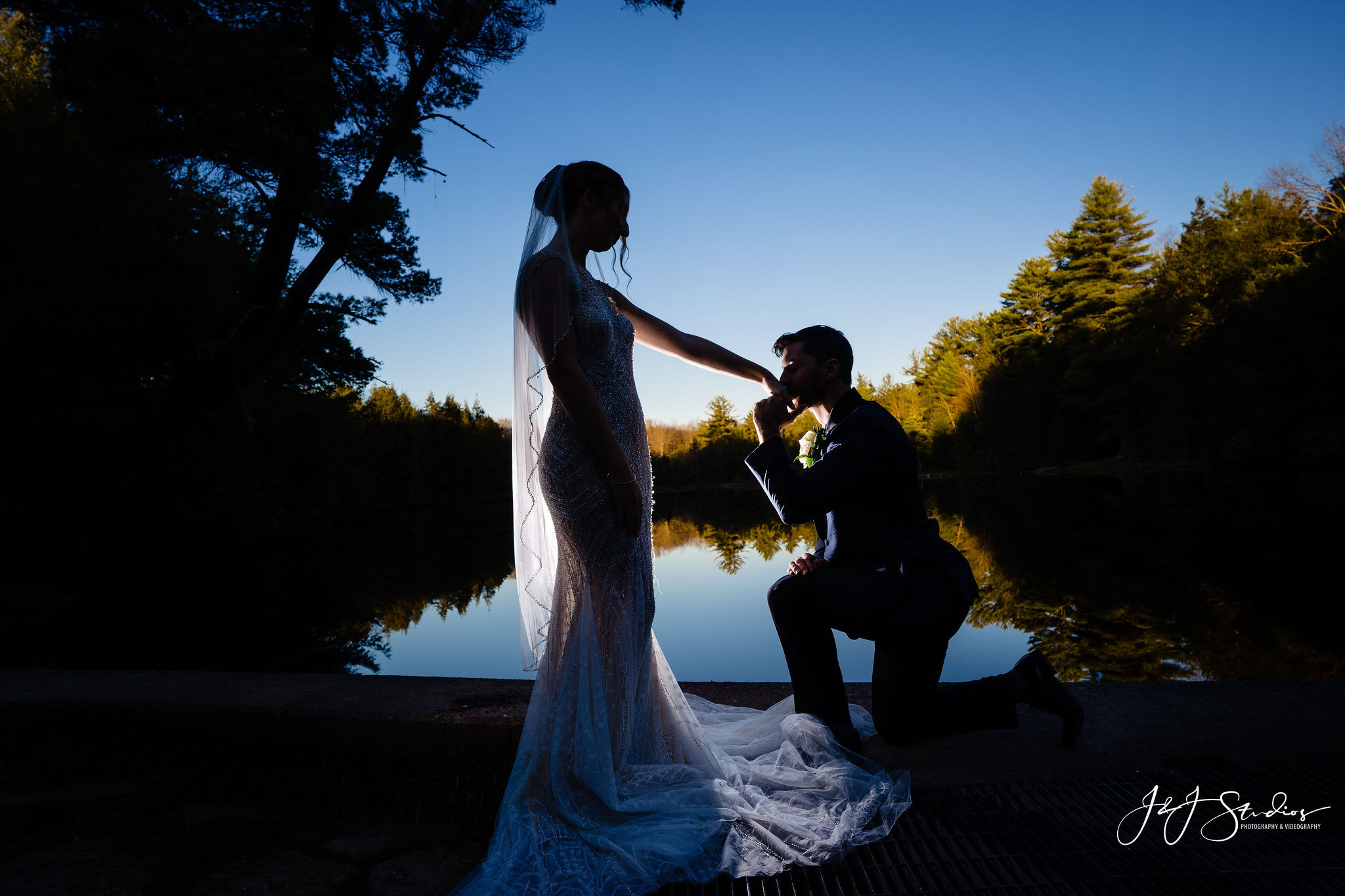 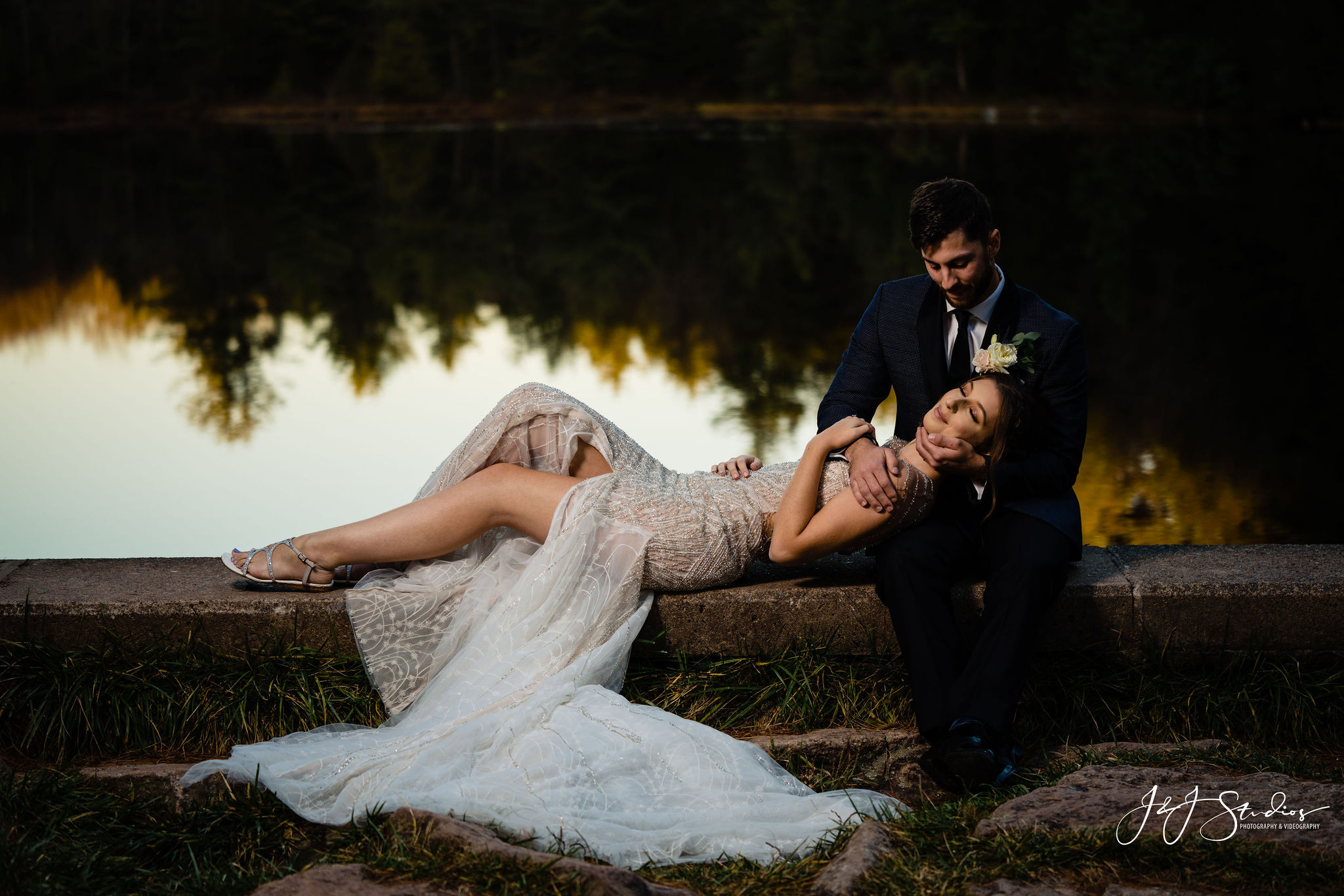 We took advantage of the warm glow of sunlight that effortlessly enveloped this couple during the shoot. Some of our favorite shots were the ones we captured where Holly and Evan stared lovingly into each other’s eyes as the natural light from the sun warmed their faces.

Of course, we had to get a few solo shots of the beautiful bride to be in her wine-colored gown. The pure look of happiness on her face was everything as she eloquently showed off her ring.

For the second half of this styled wedding photo shoot, the couple changed into wedding-inspired attire. Our photographers had the couple pose next to the river as the sun began to set. We edited the photos to further create a dark and dramatic tone. 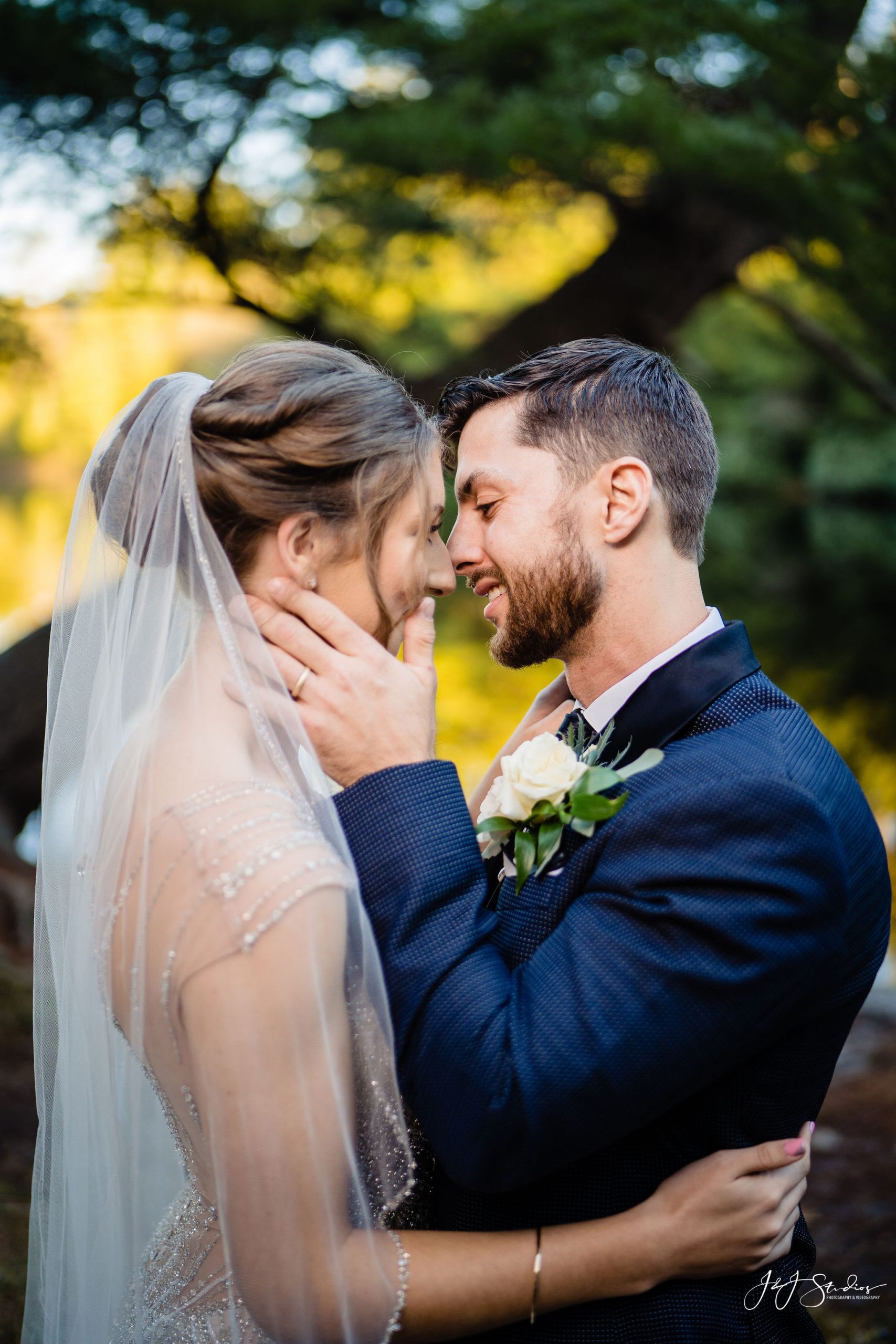 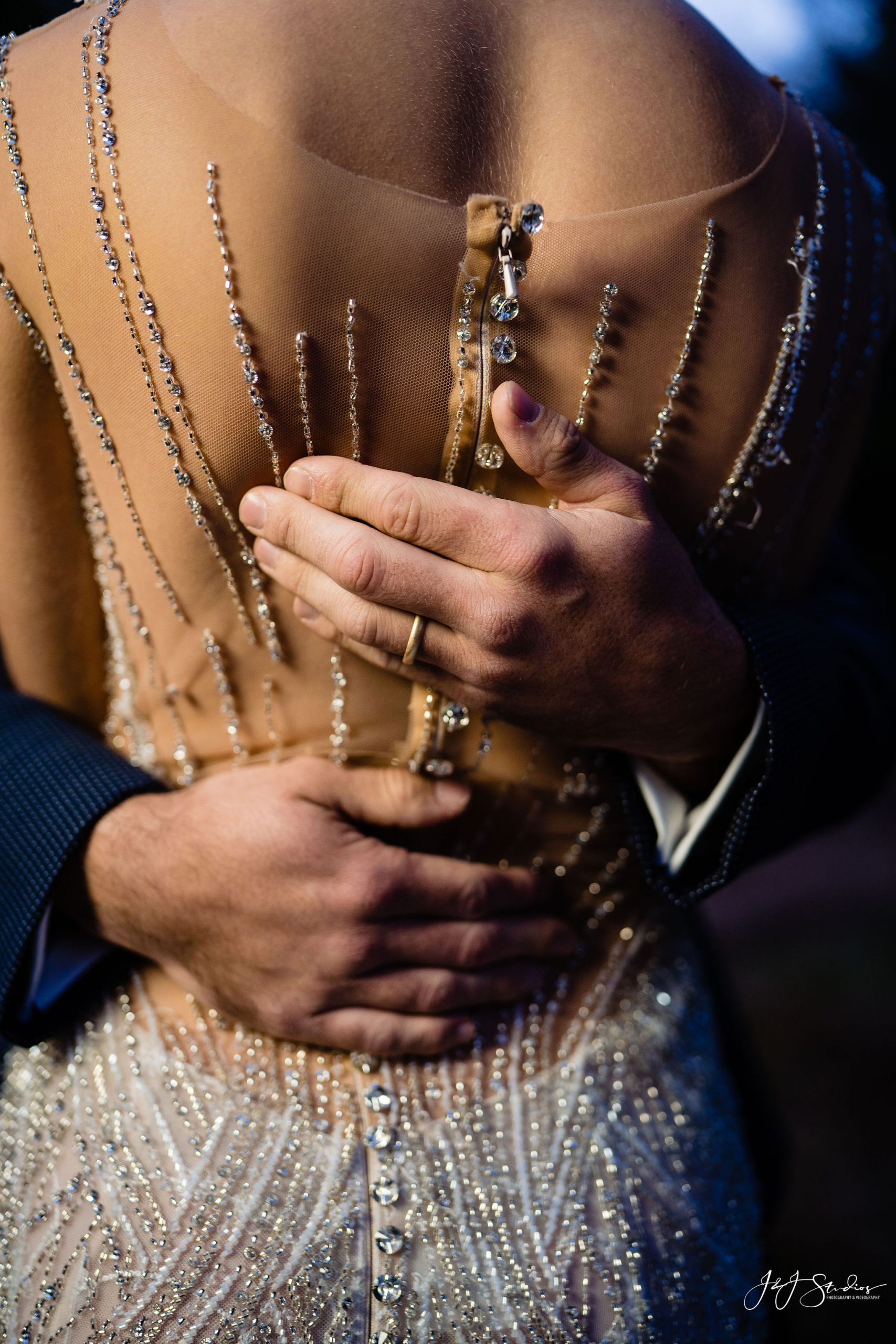 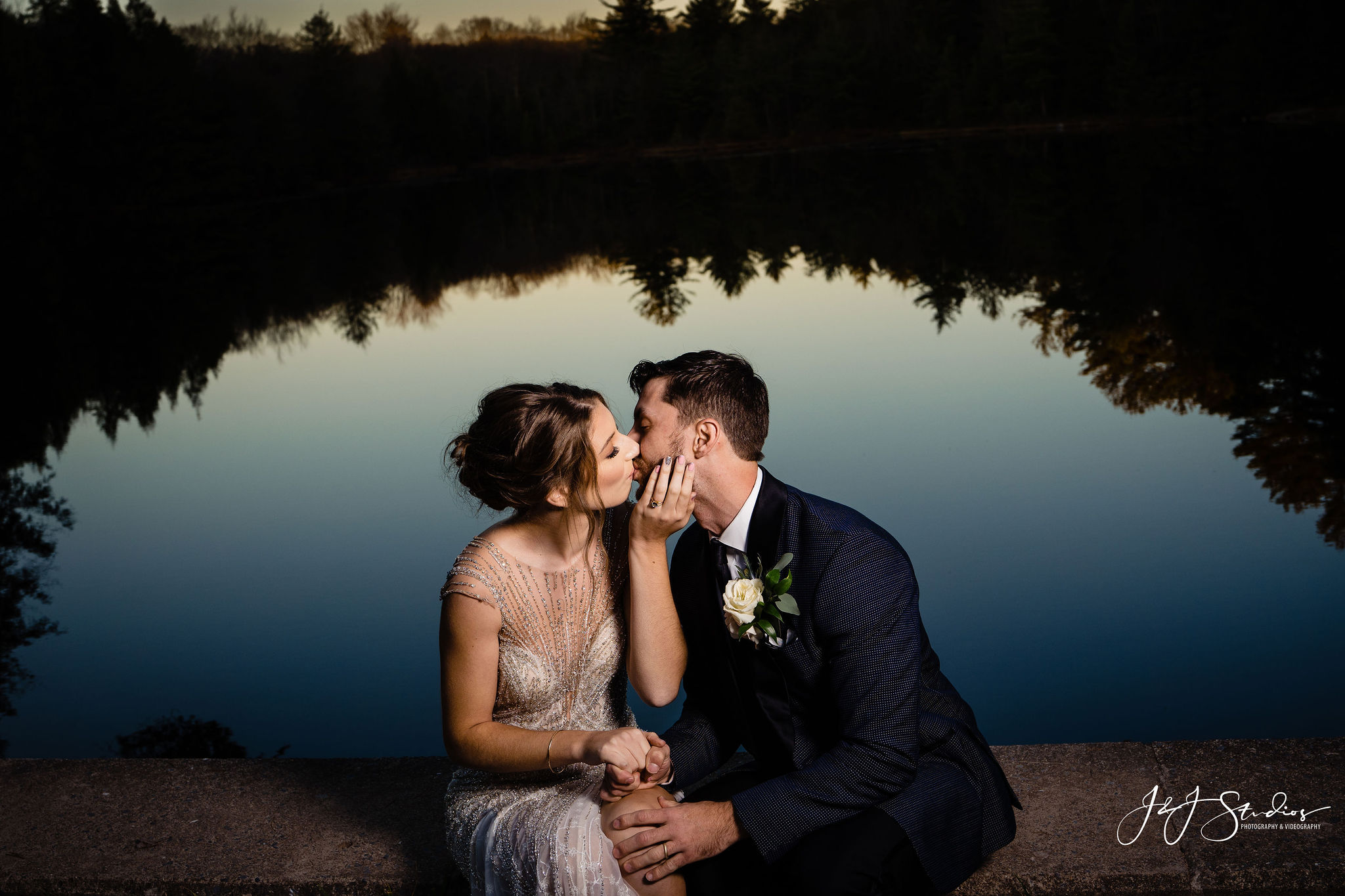 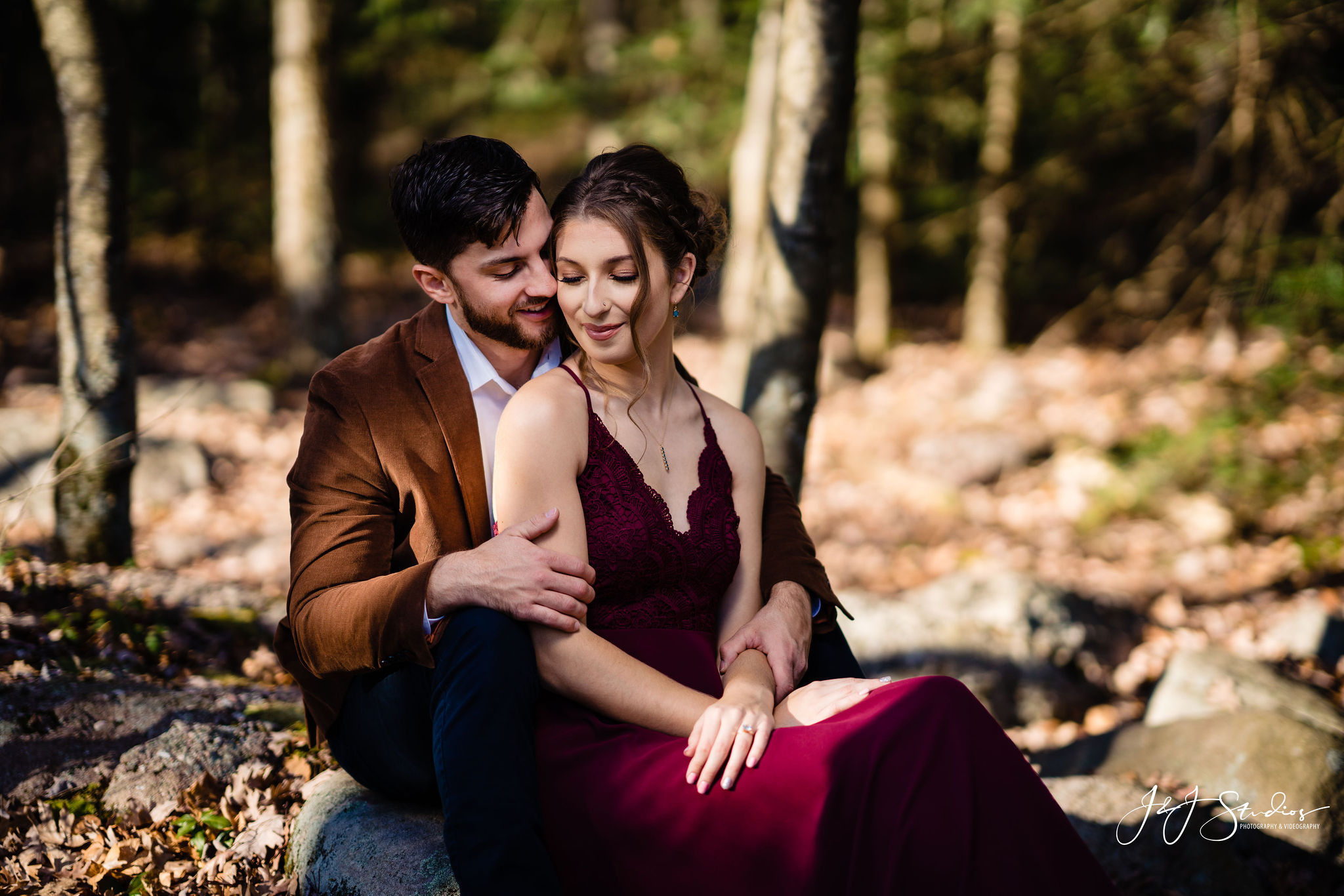 The lovely couple was willing to try different poses we suggested. It was important for us to take shots in a variety of different areas for versatility. They were both naturals in front of the camera which made this session flow effortlessly.

We wanted to go the extra mile for this session. We enlisted some help from professionals who could help make this moment special for the couple. From the florist to the hairstylist and makeup artist we relied on each person to assist us in helping Hollie and Evan commemorate their engagement.

Glam Team
Macey Much was the hairstylist for the engagement session. Macey styled Hollie’s tresses in a sleek updo. She did a great job at making sure there wasn’t a hair out of place during the entire shoot. Quran Jypsy is the talented makeup artist that heightened Holly’s natural beauty. She opted for a smooth and neutral look that coordinated with her attire. Quran stayed to touch up Hollie’s’ makeup during the whole photo shoot. 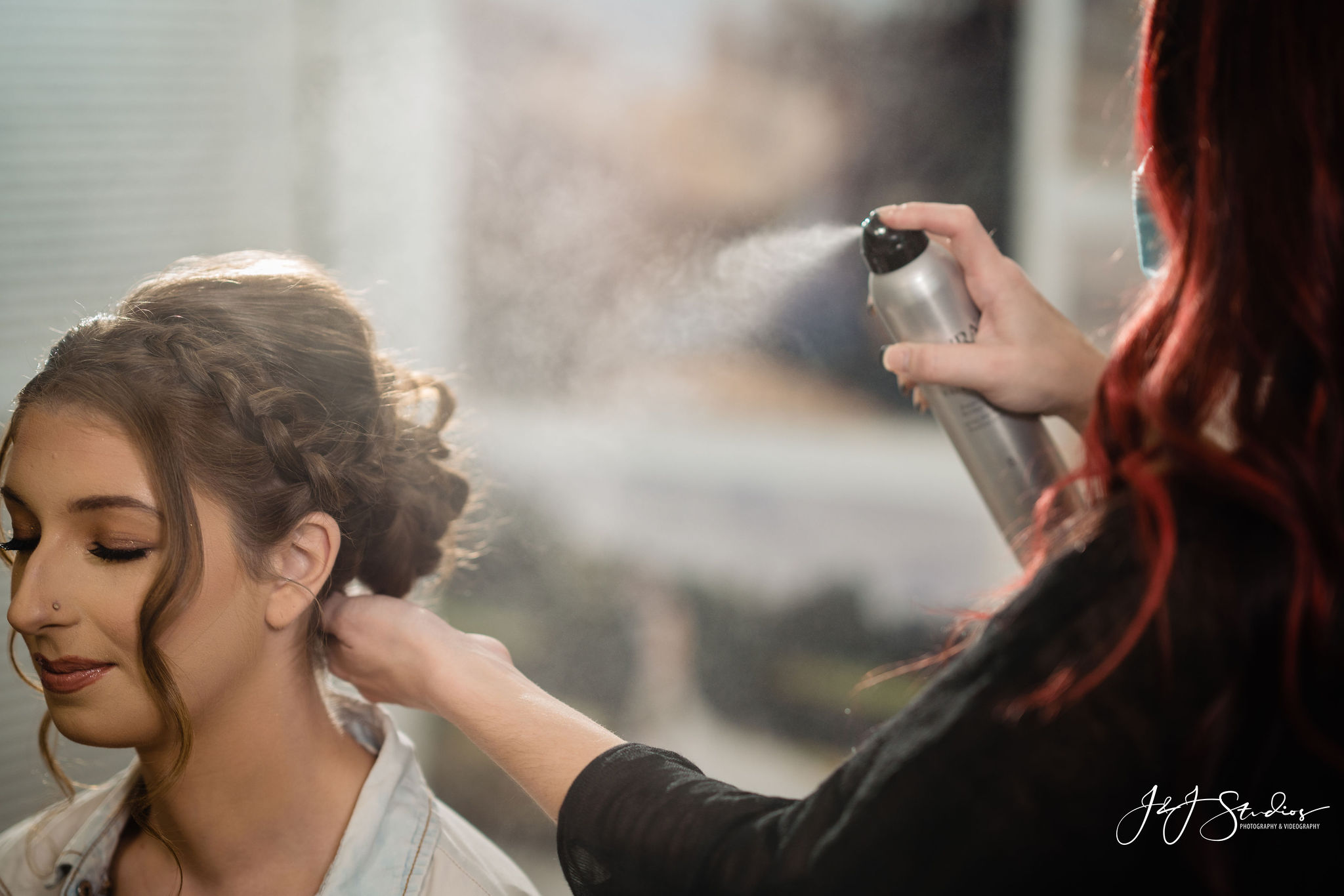 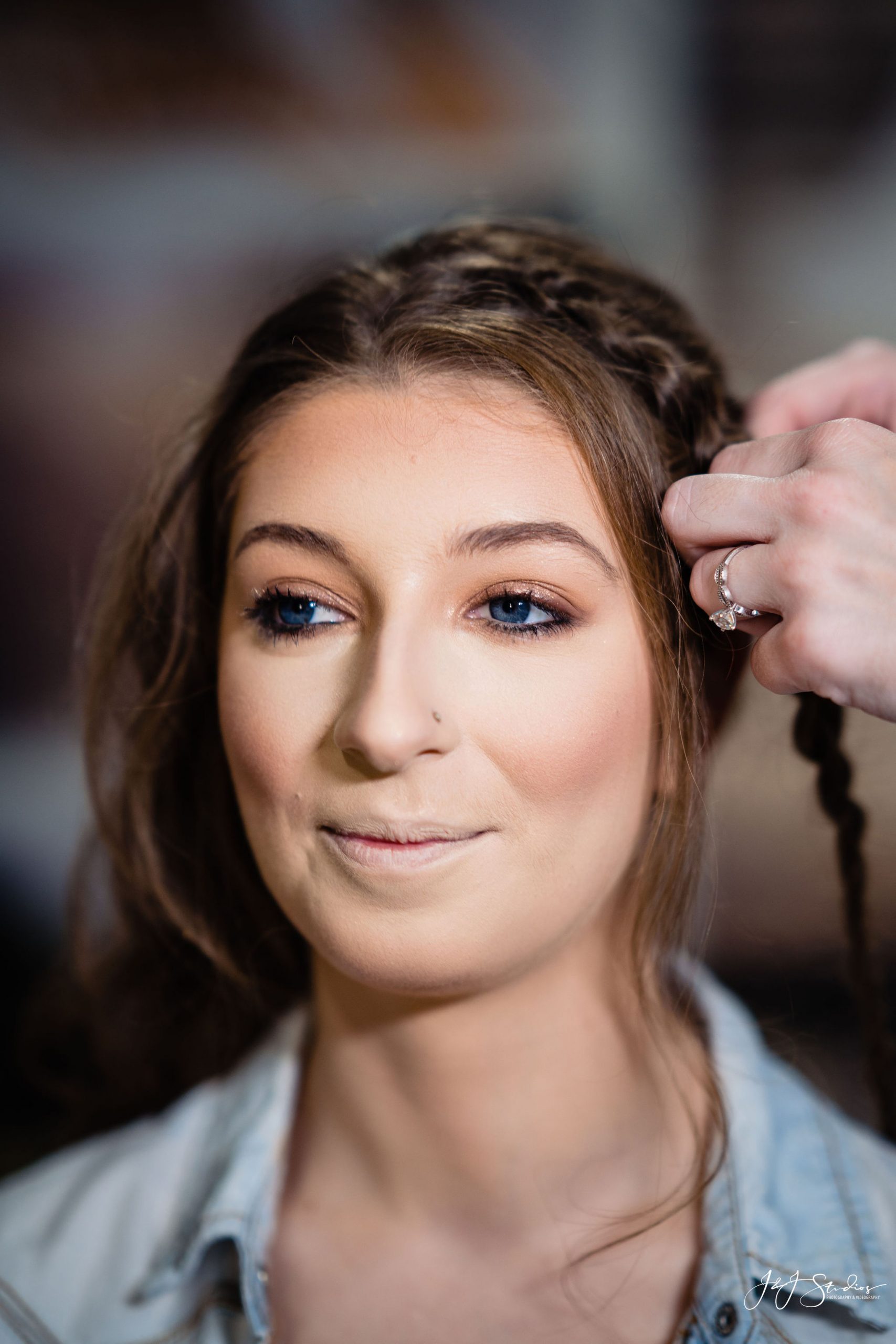 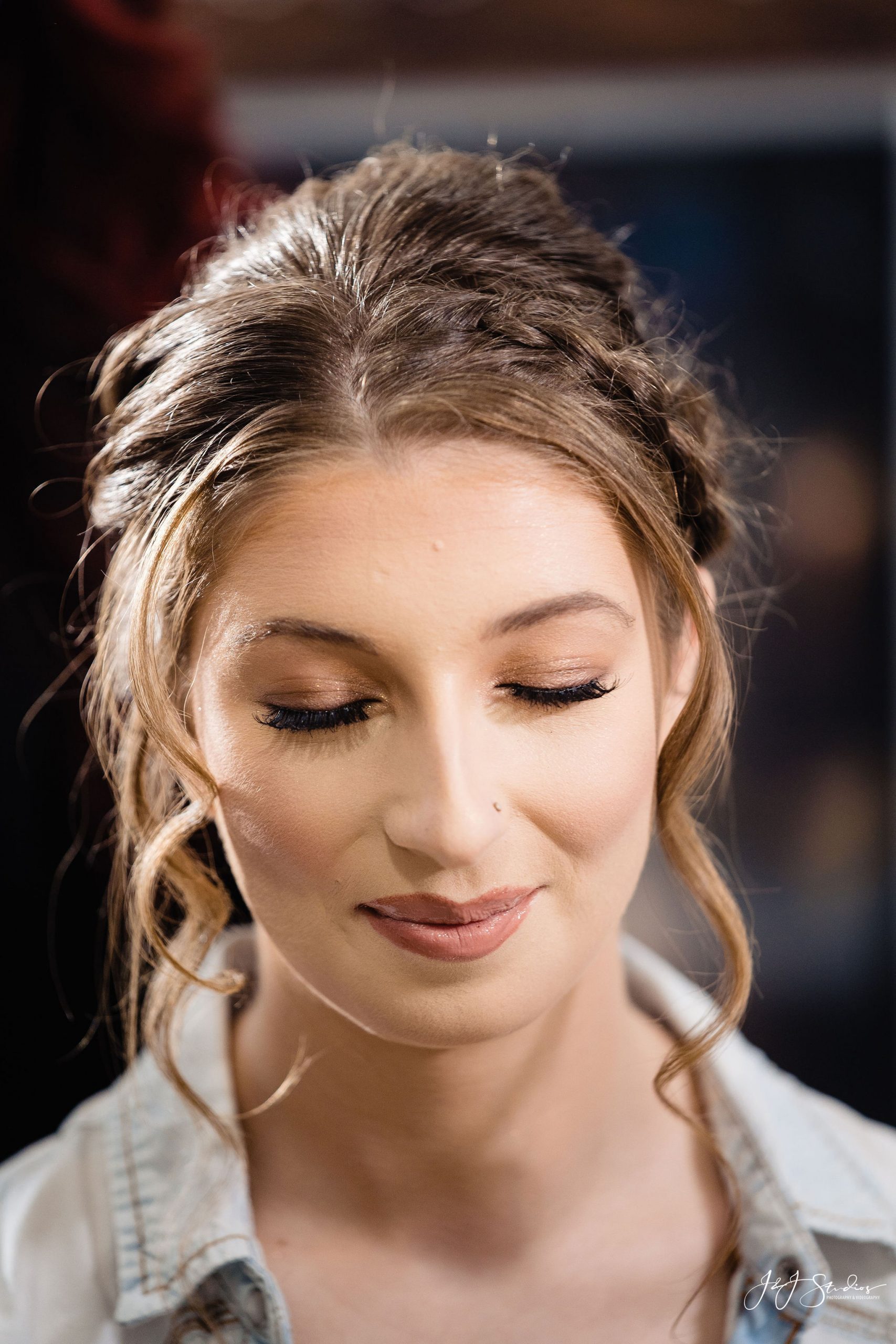 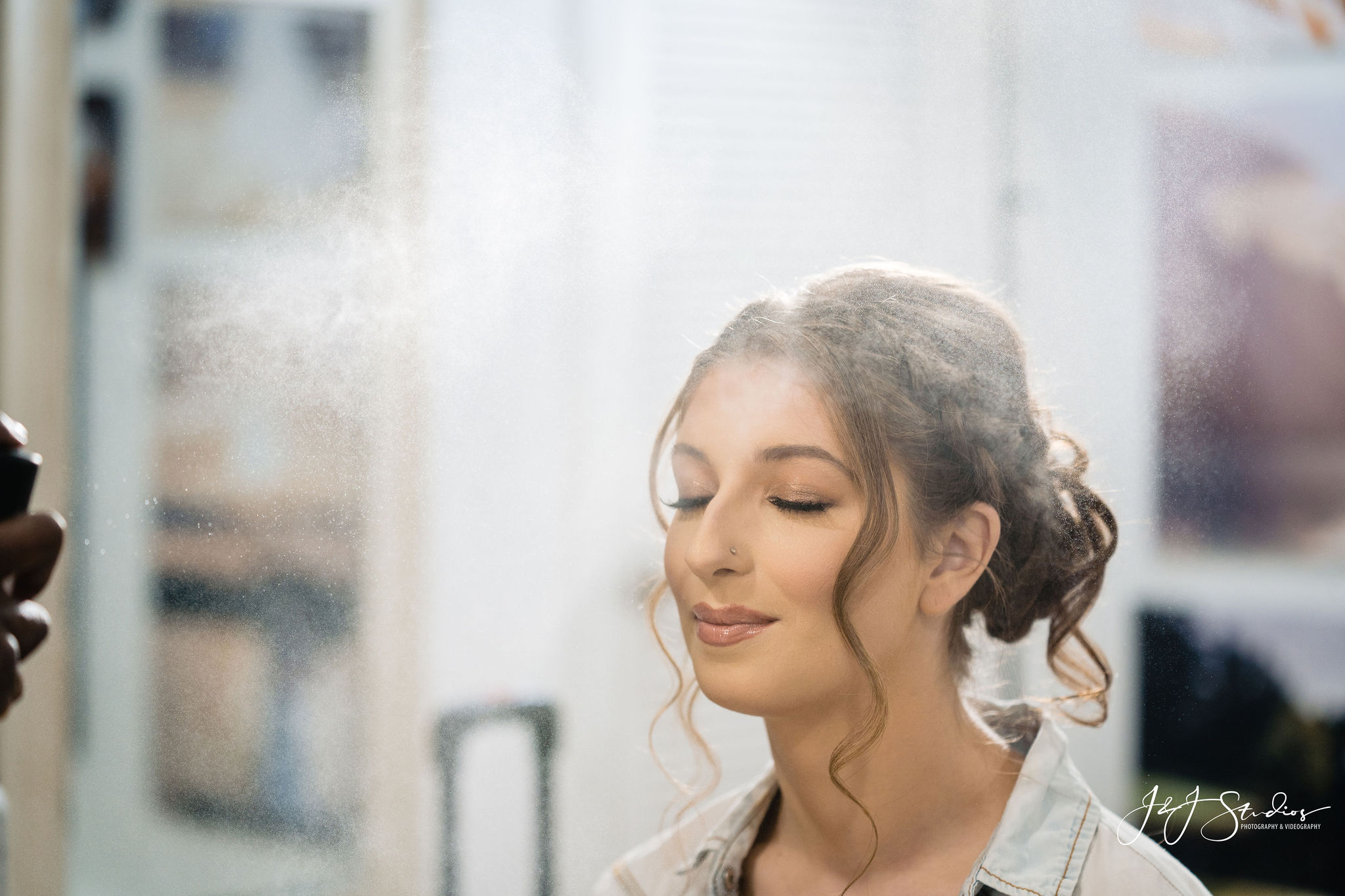 Ginger Herbein provided the unique jewelry pieces that Hollie wore during the shoot. The florist Anastasia Beilyk was awesome. She came through at the last minute with the beautifully arranged bouquet of flowers that Hollie used as a prop during the second half of the shoot where she wore a wedding gown. Speaking of wedding attire, Holly’s gowns were from Bijou Bridal which is owned by Jenna Shurtleff. Evan’s sleek tuxedo was from The Black Tux. 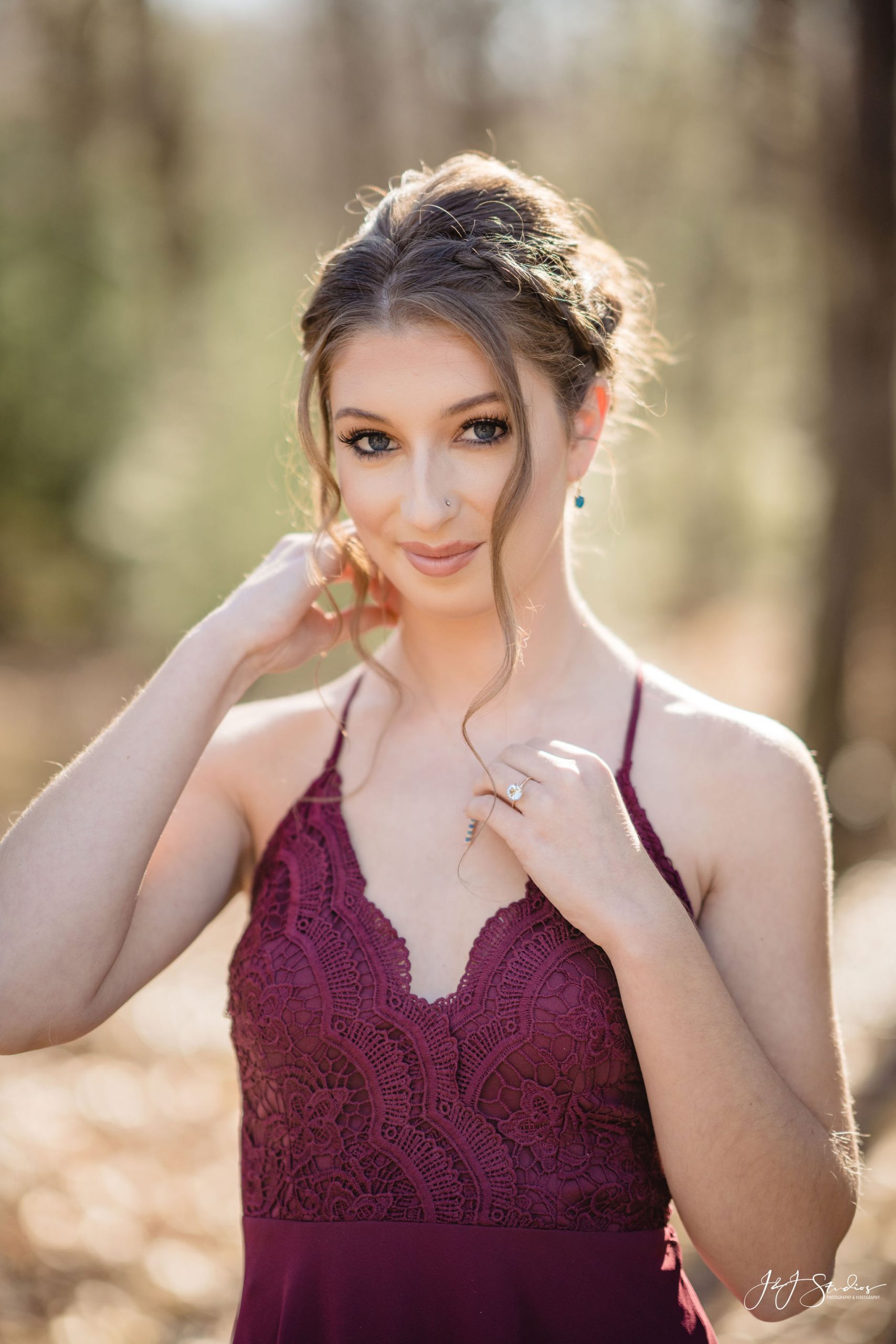 Roosevelt Nguyen was the videographer that recorded every moment of the Hollie and Evan’s Philadelphia styled engagement shoot. Dendia Seybert the assistant helped this session flow smoothly. She played a big role in helping us successfully pull off this epic photoshoot.

Hollie and Evan were very happy with the outcome of their wedding photo shoot. Hollie remarked that our crew was helpful, fun, and more important idea-driven. She especially enjoyed the creative ideas of John and Denidia that left no room for boredom. She was impressed with the quick food editing turnaround and loved the quality of the photo set we delivered.

Initially, Evan was a bit apprehensive about the wedding shoot. He didn’t know how he would do because he wasn’t a model and felt out of his element. He raves how our crew made him feel comfortable in a setting that he normally wouldn’t be comfortable in. The couple described their experience with working with J&J Studios as being the best photoshoot they have ever had.

We also had a great time working with Hollie and Evan. We are honored that they trusted our team to bring their vision to life. They were open to trying all of our creative ideas and even allowed us to help them pick the location for this shoot.

Are you interested in commemorating your upcoming nuptials with a styled engagement photo shoot? Every bride and groom deserves a full-on production to celebrate their engagement. We can help you create stunning visuals if you and your partner that you both will cherish forever. Our team can assist you with every aspect of your engagement session including finding the best locations for the shoot as well as coming up with creative concepts. Contact us today to schedule an initial consultation to discuss the details of your engagement session.