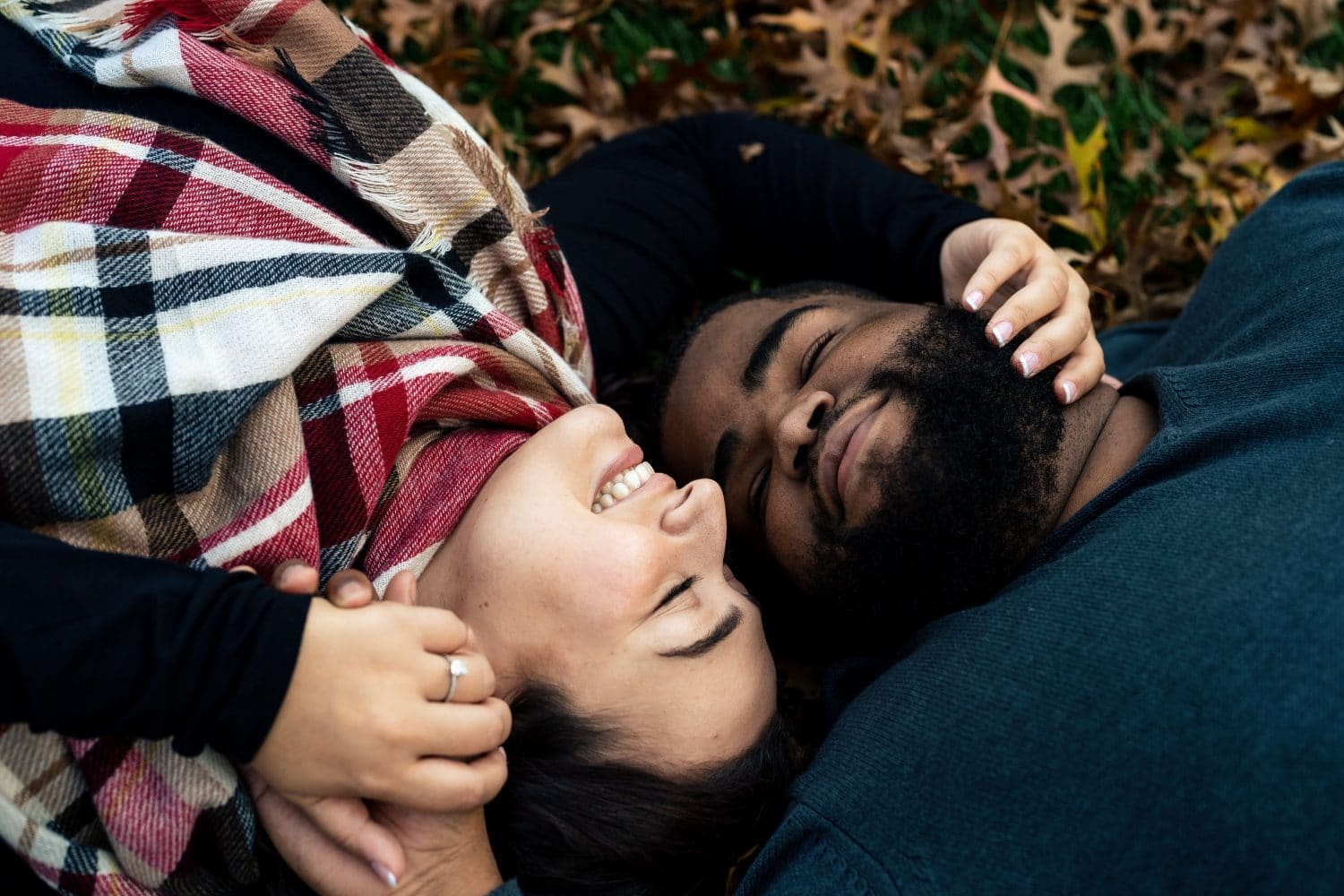 Hailey and Donnell’s West Chester University engagement session was like a walk down memory lane for the young couple. It’s obvious that they are so deeply in love because the session was filled with lots of kisses, cuddles, and eye-gazing. Hailey and Donnell kept it causal and cute. They did a great job on their engagement photo shoot, and we’re super excited to give you an inside look into some of the stunning visuals we captured. 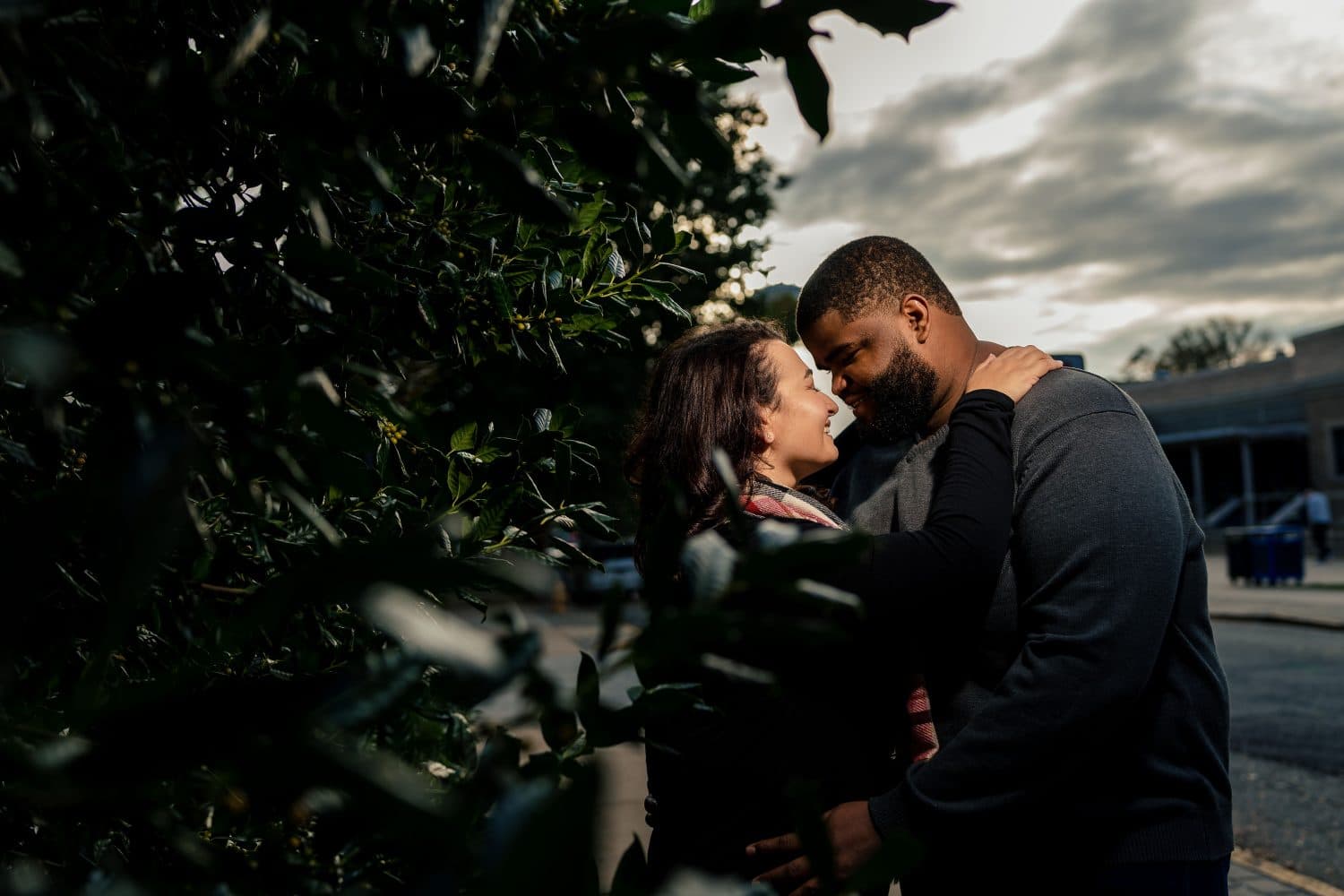 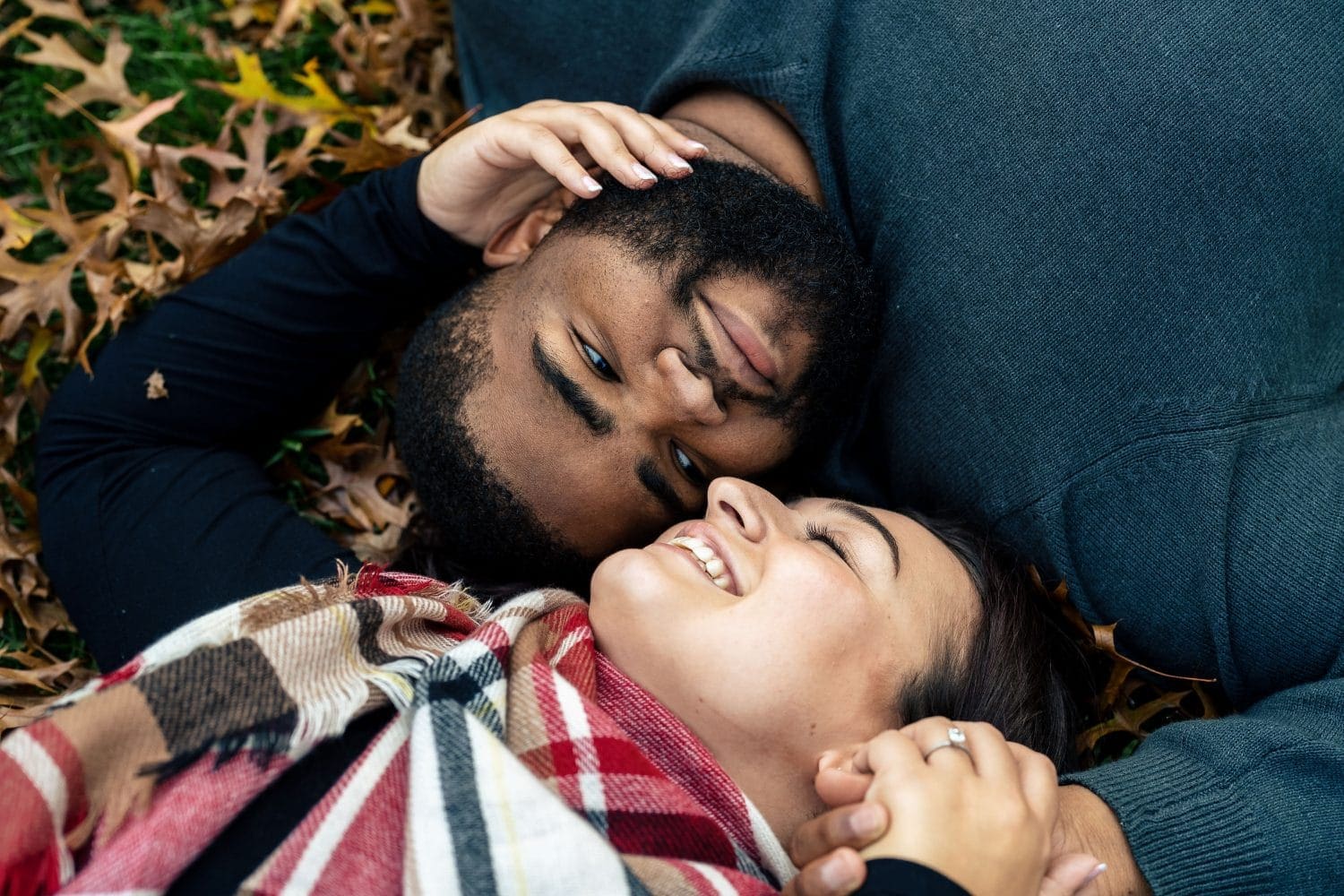 Hailey and Donnell are college sweethearts. They met at West Chester University. They both lived on the fifth floor of Goshen Hall. They became good friends during the second semester of their freshman year. However, they officially became a couple in their sophomore year.

Hailey fell in love with Donnell’s kind and sweet’s nature. “Everything that he does he has me in mind. He knows all the right things to do when I have a rough day. He makes dinner, cleans the house and leaves me little surprises like honeybuns. I am his world and I love it!” Hailey exclaimed during the consultation interview.

Donnell proposed to Hailey on SuperBowl Sunday, which also happened to be her birthday. Donnell’s family came over to watch the game, and they were getting ready to sing “Happy Birthday” during the halftime show when Hailey heard Ed Sheeran’s song “Perfect” playing in the background. Donnell presented her with a birthday cake titled “Will You Marry Me?” written on it.

The couple has already started planning their wedding. They plan to wed at Cescaphe. We can’t wait to document Hailey and Donnell’s upcoming nuptials.

Donnell and Hailey were adamant about commemorating their engagement at West Chester University. “If it wasn’t for this school we would have never met,” Hailey remarked during the consultation. “We love the campus and the time we spent there!” 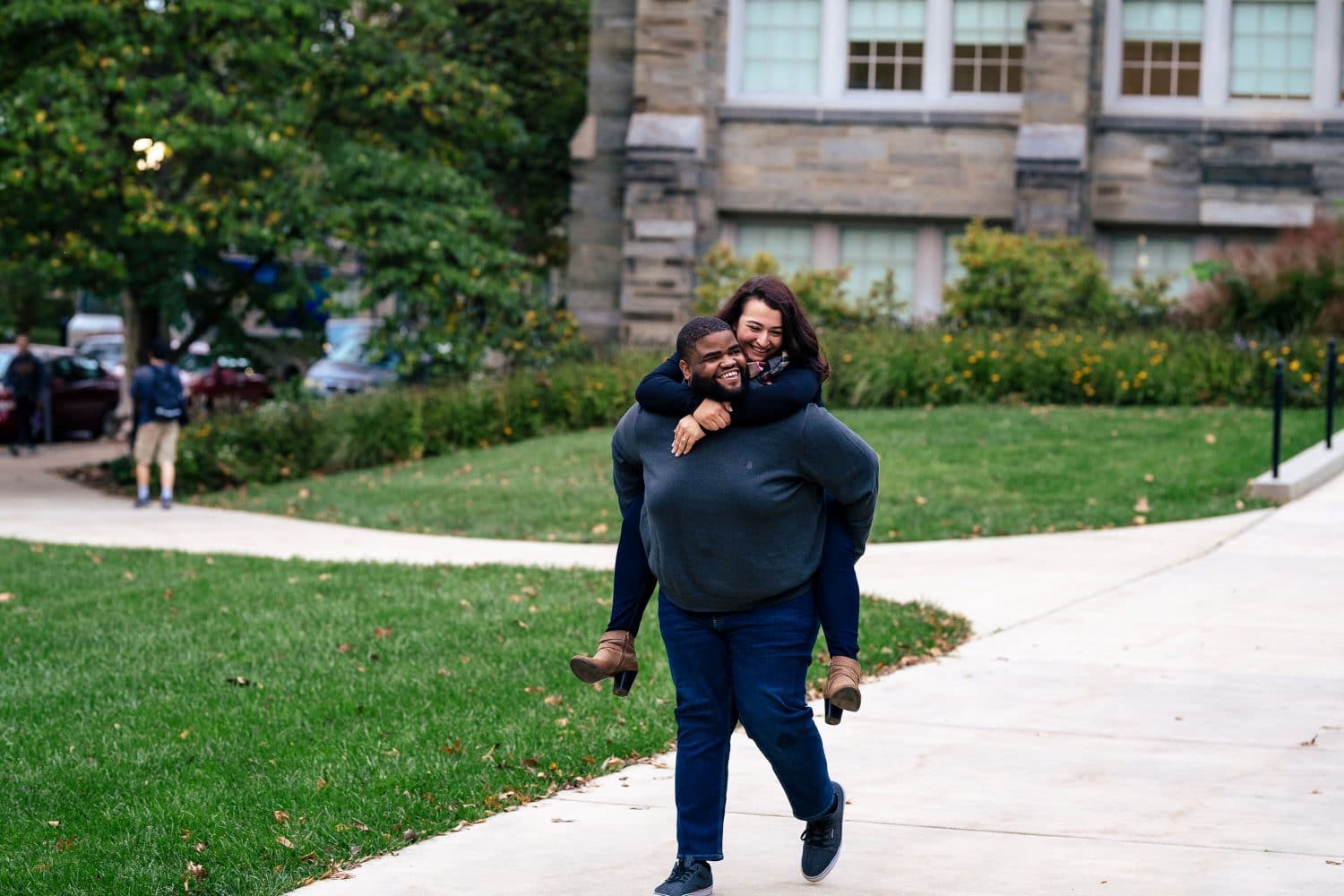 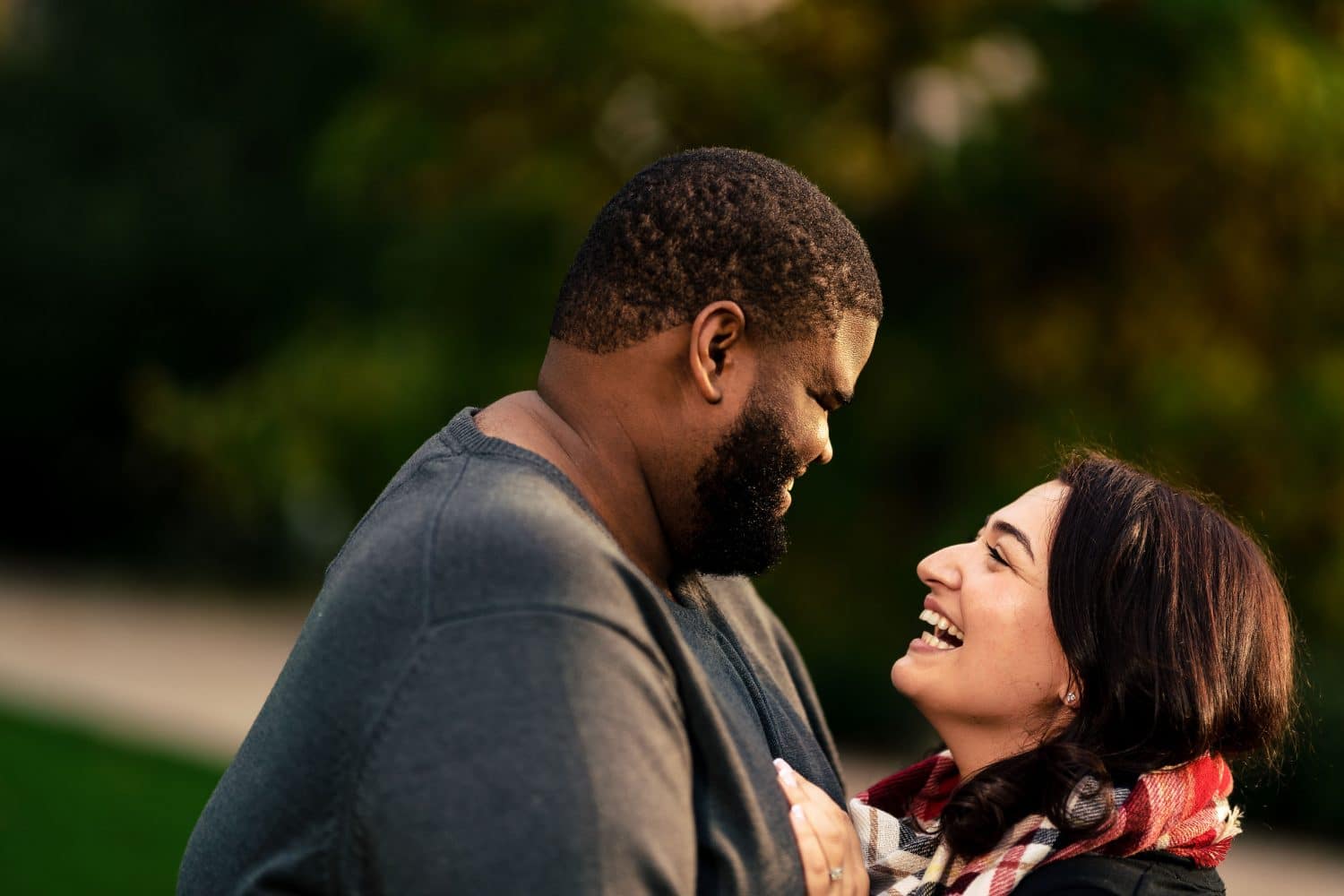 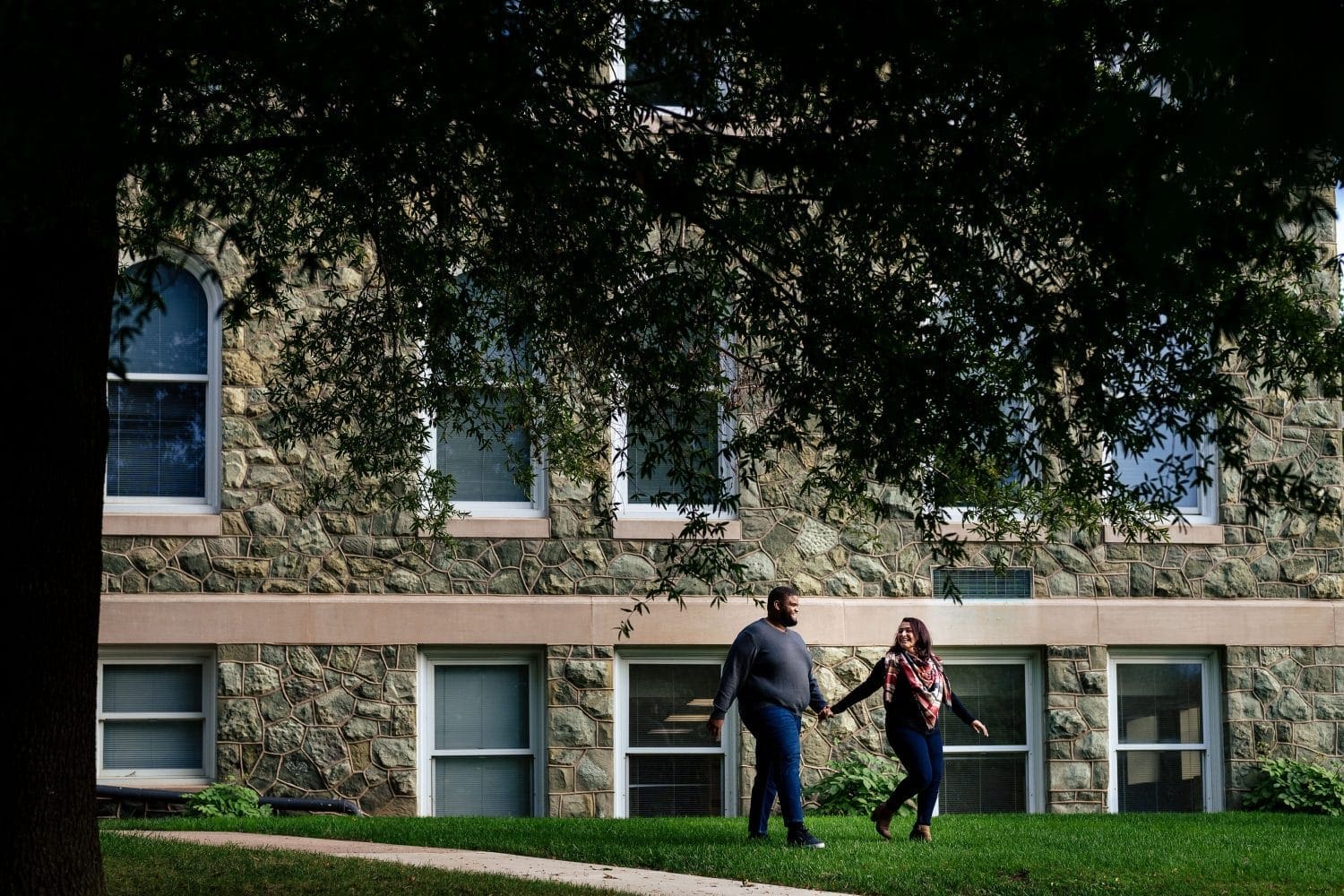 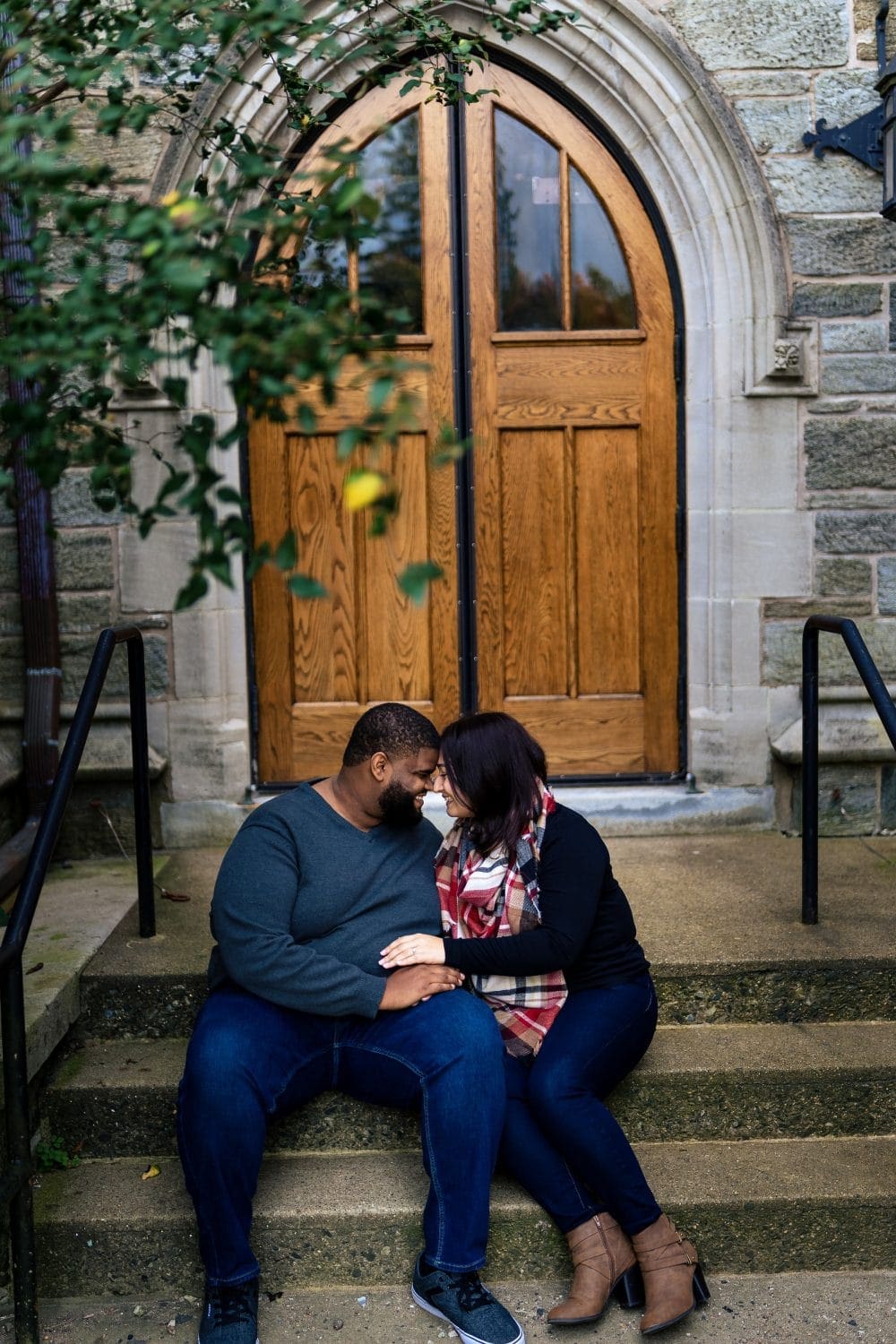 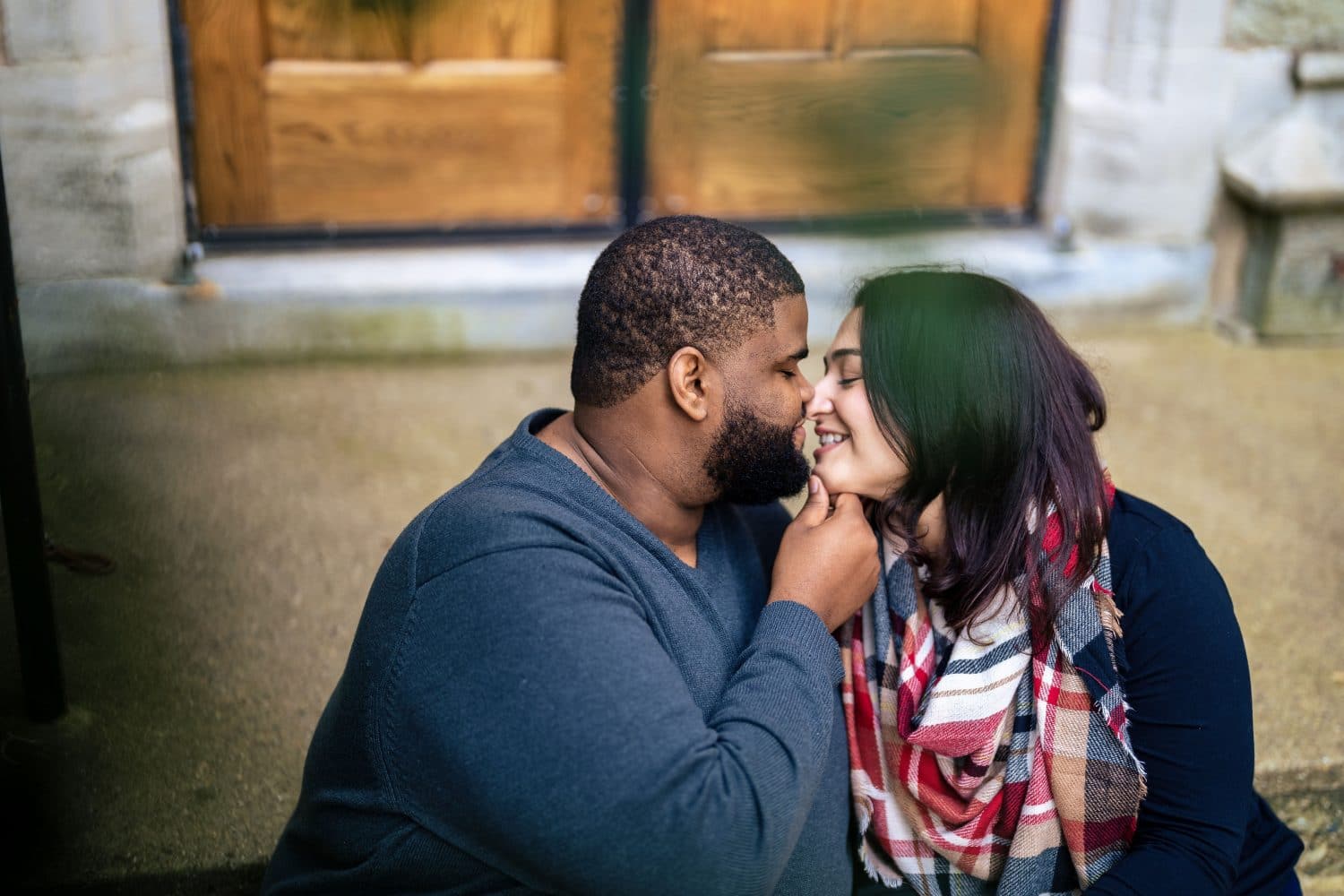 West Chester University is located in Chester County, Pennsylvania, which was one of the first counties established by William Penn. If you didn’t know, Chester County has a rich history. The rural area is known for its beautiful rolling landscapes, and farmhouses are home to the Valley Forge encampment, the historic site where George Washington led his troops. 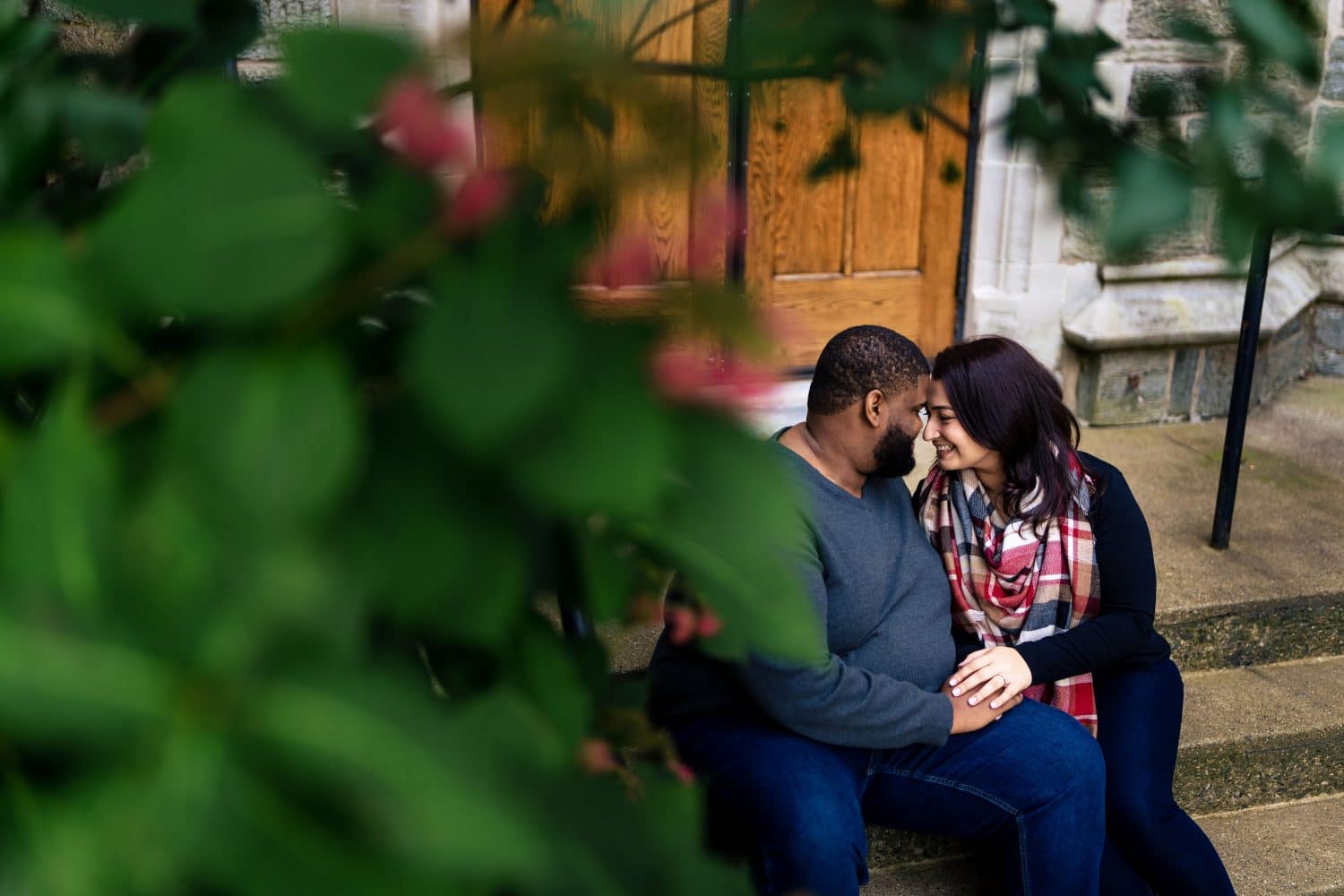 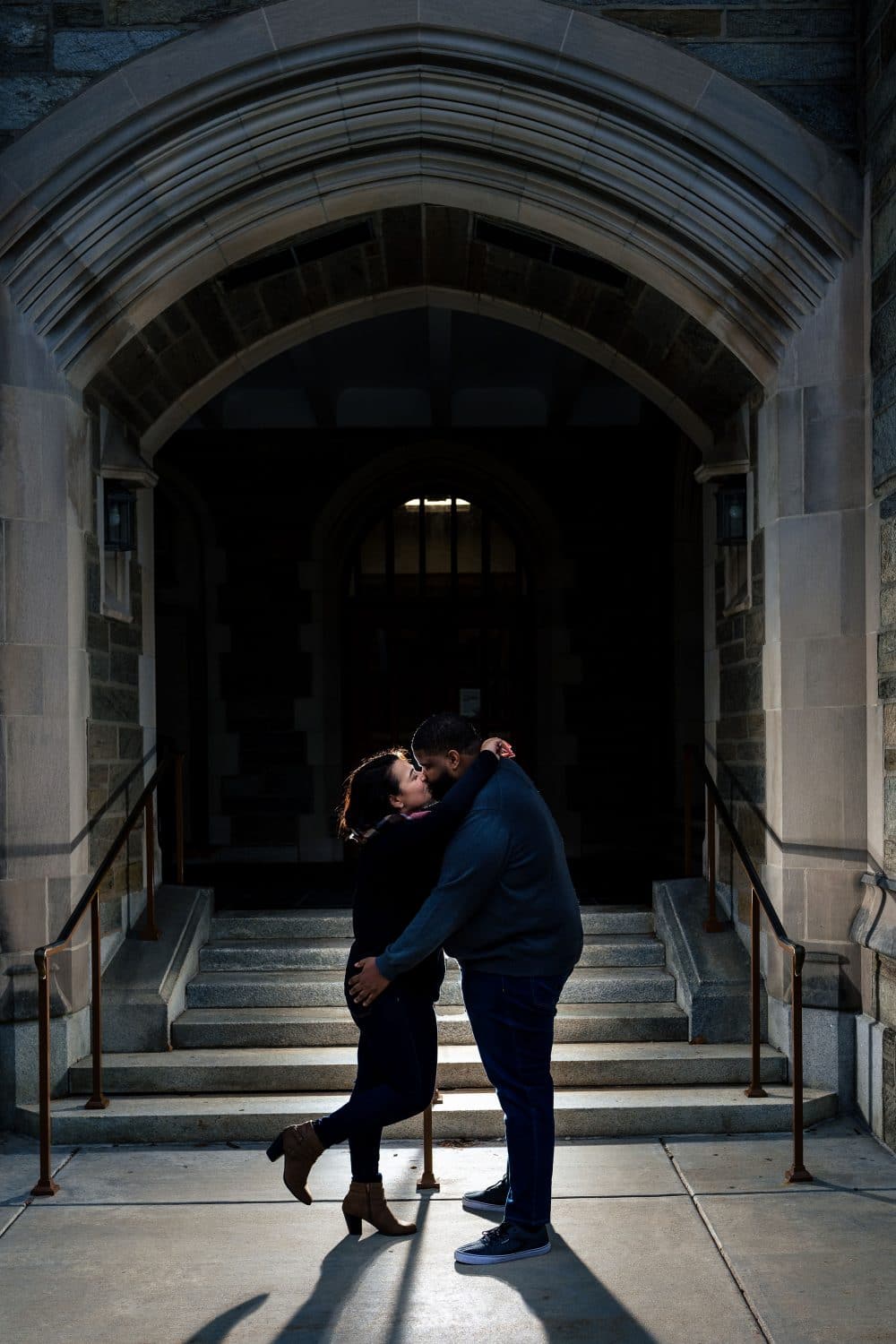 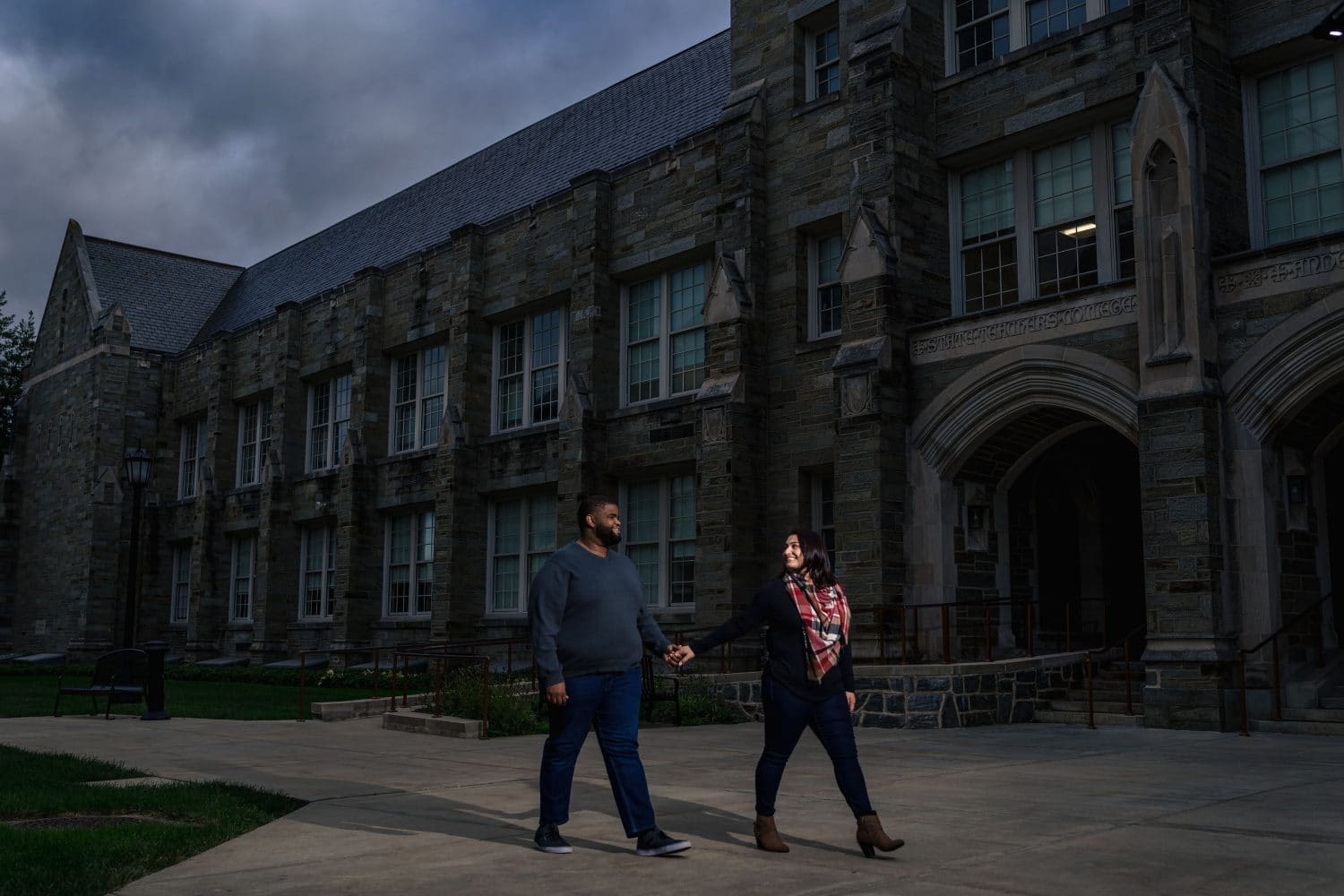 The visuals we captured during this shoot were epic. We caught every intimate moment between Hailey and Donnell. The dark skies after the sunset provided the perfect backdrop to these visuals. Hailey and Donnell’s fun spirit that was full of love beamed right through the lens. The fallen leaves were the perfect prop, and we couldn’t leave without getting a shot of the couple in front of the West Chester University sign. 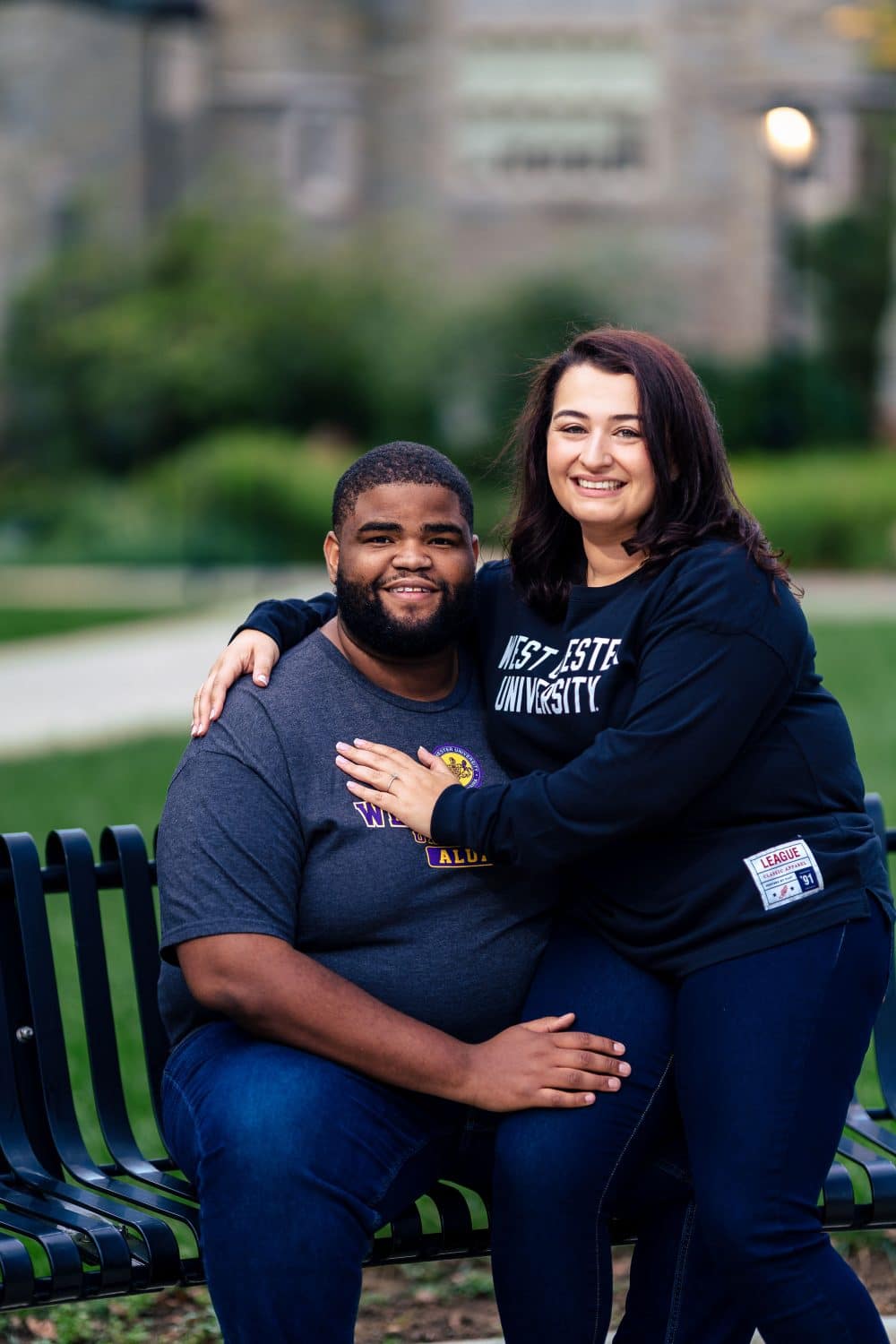 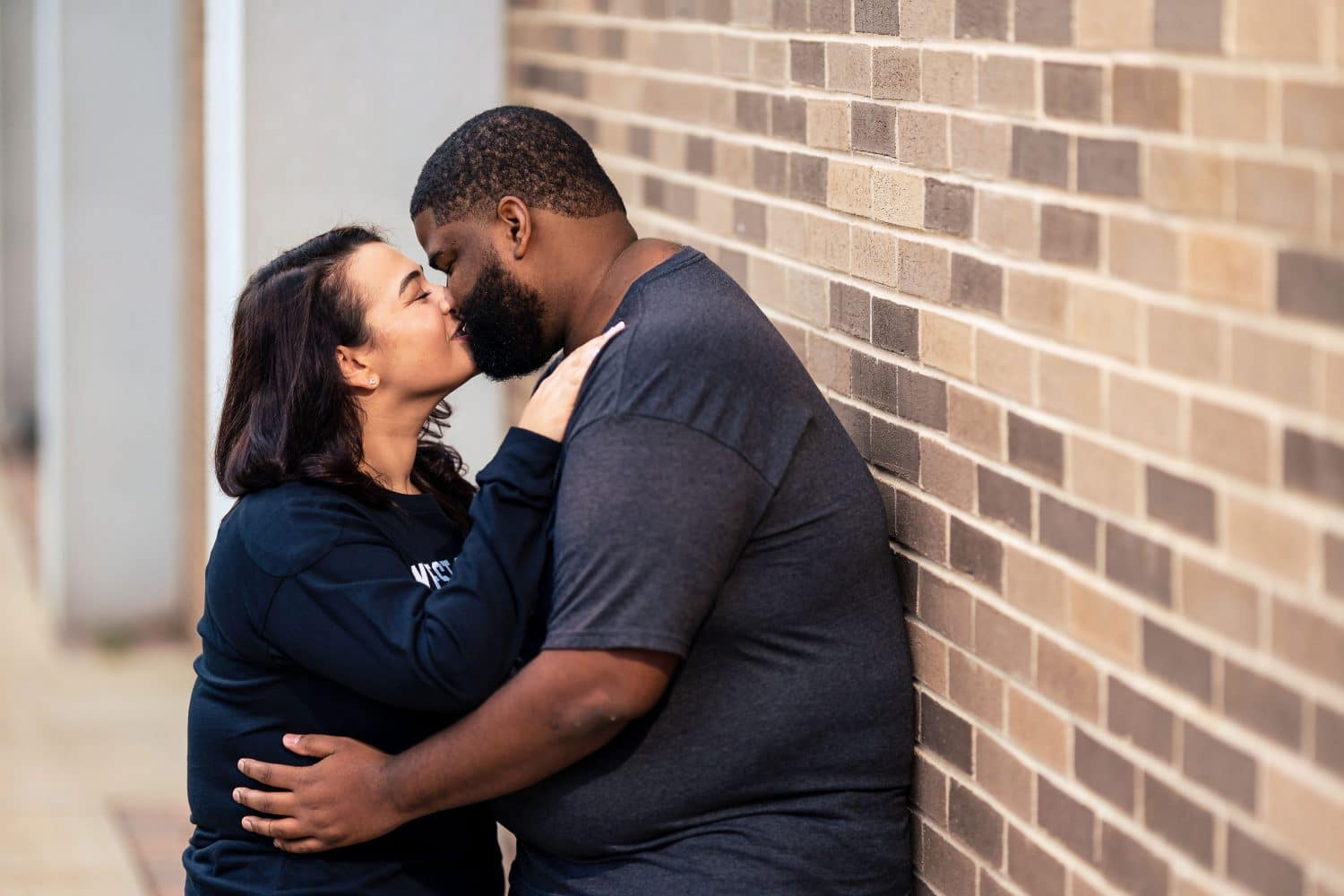 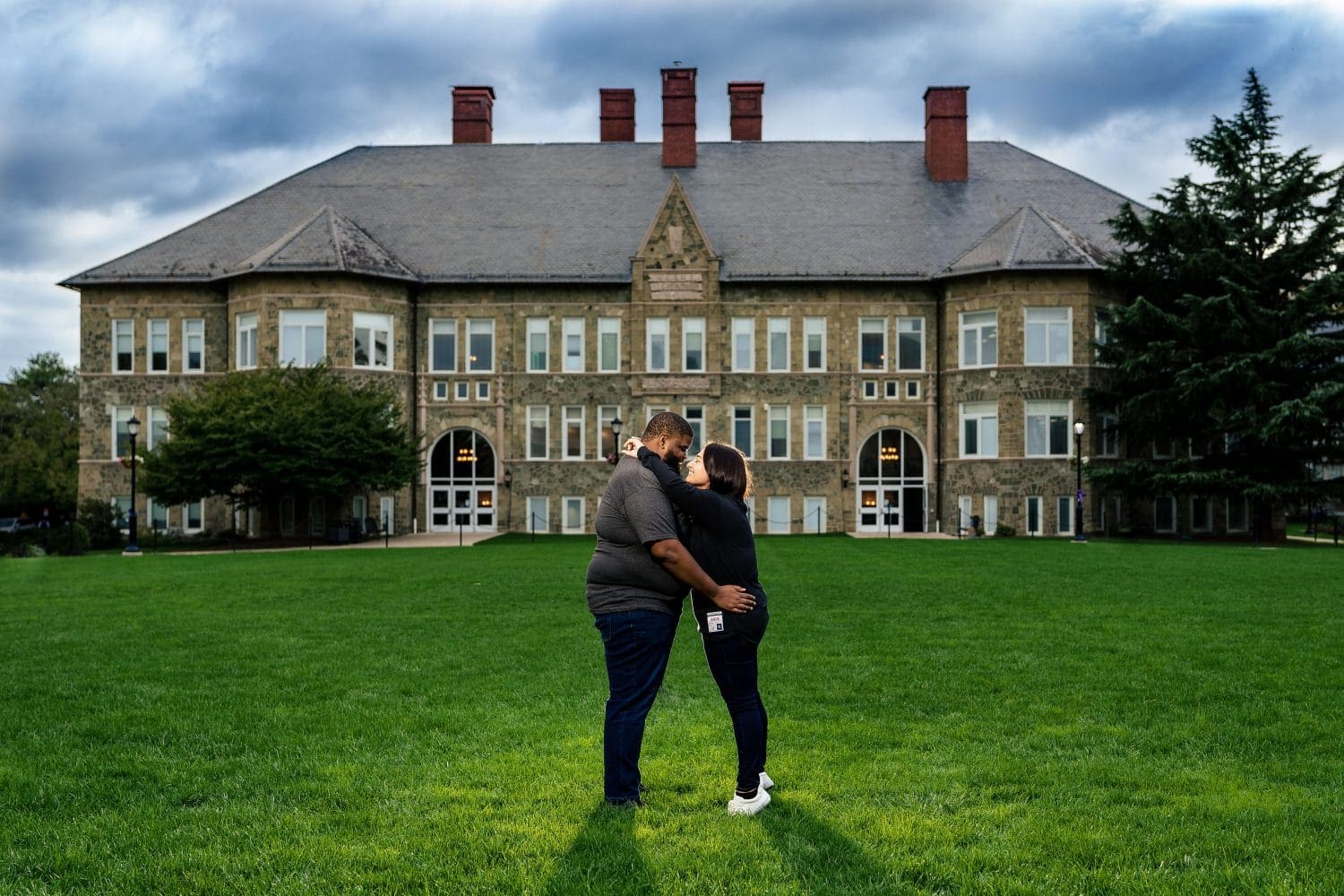 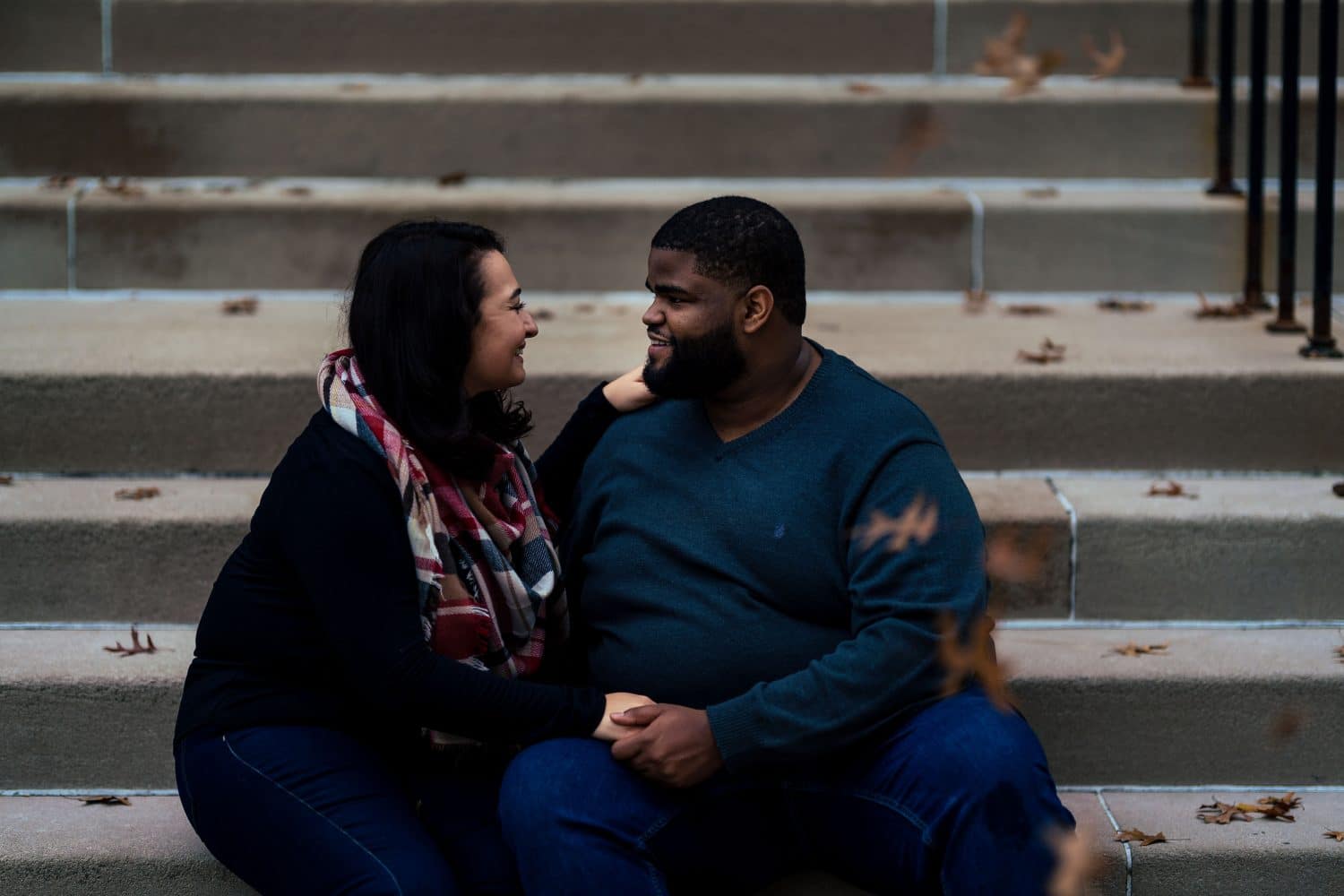 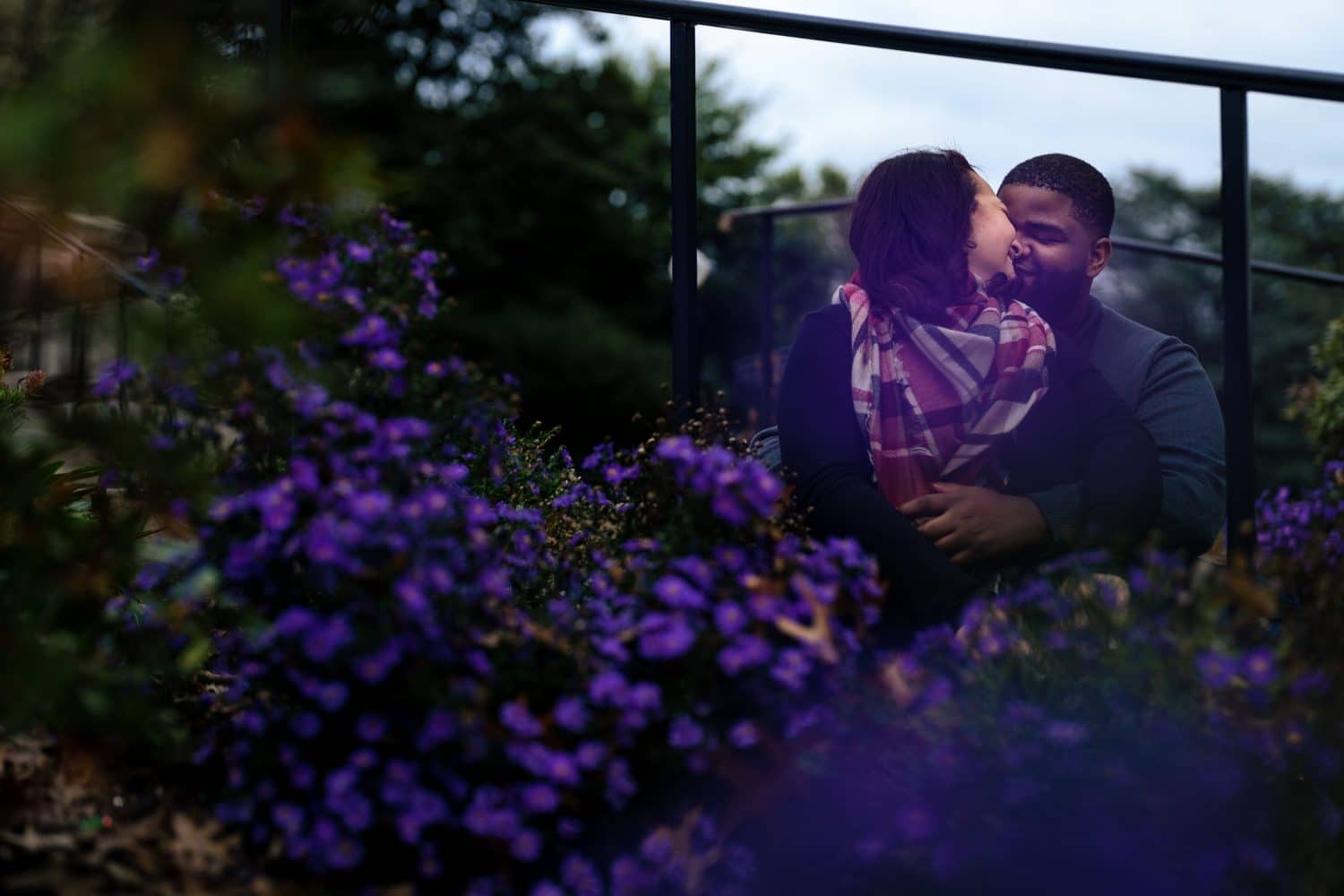 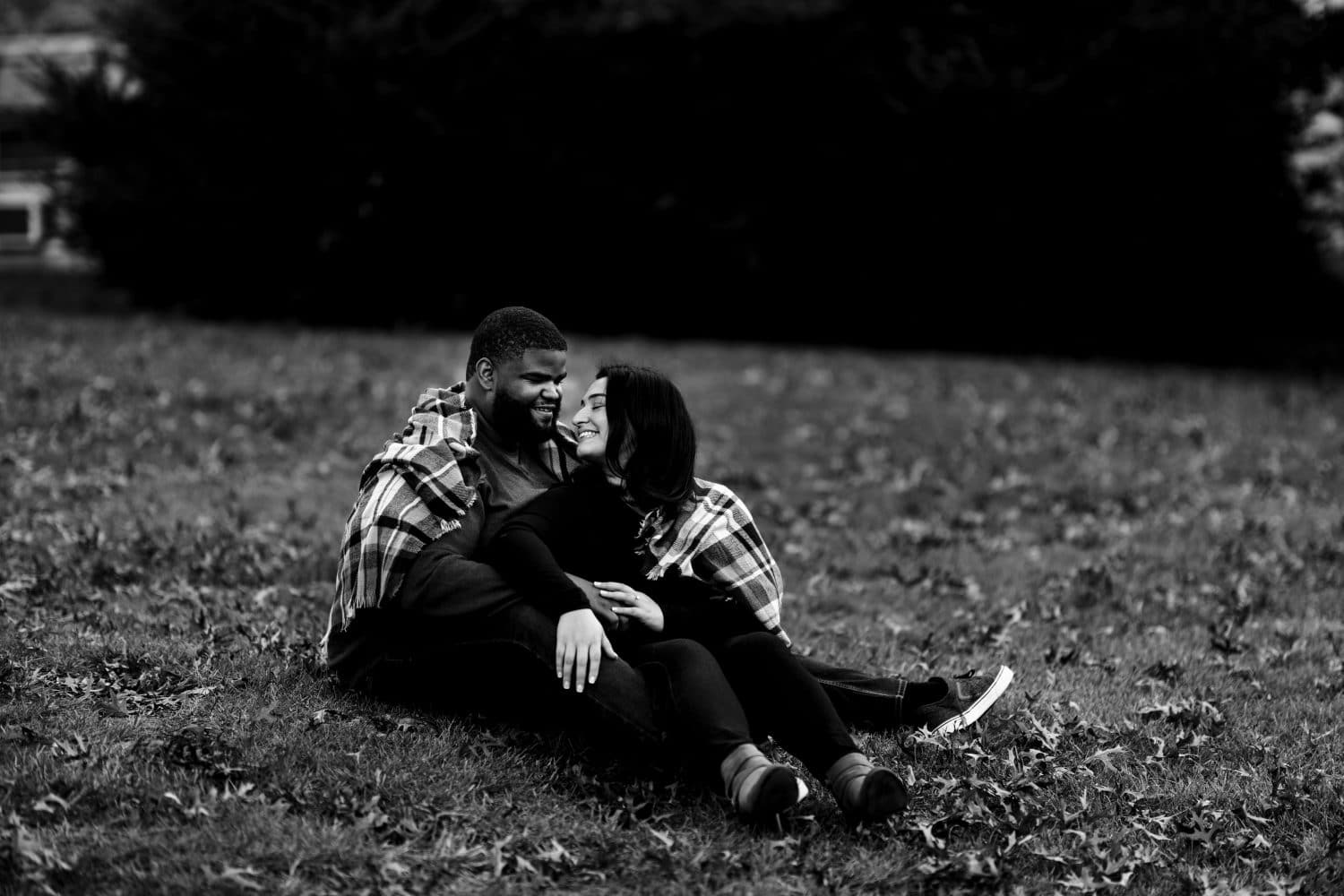 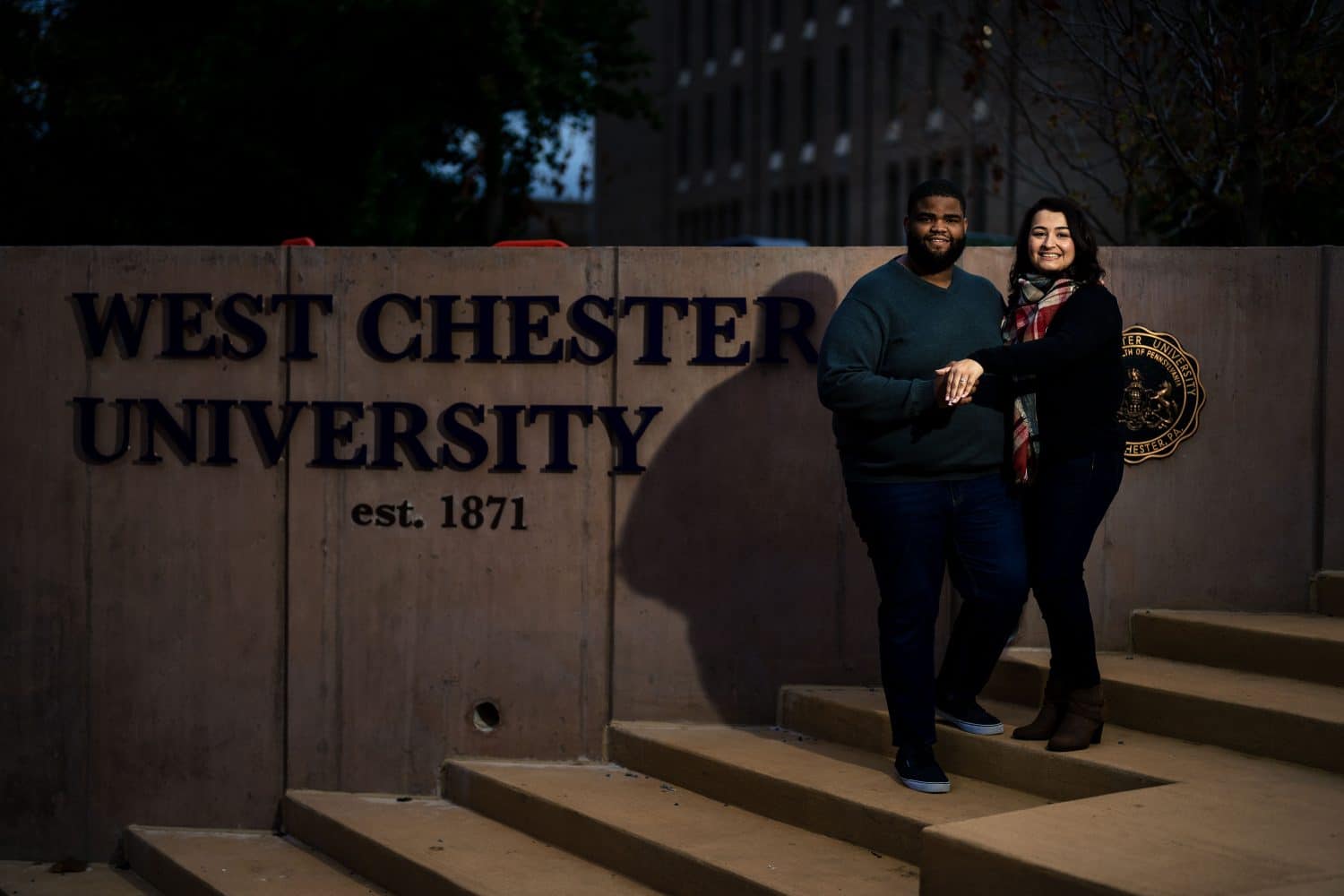 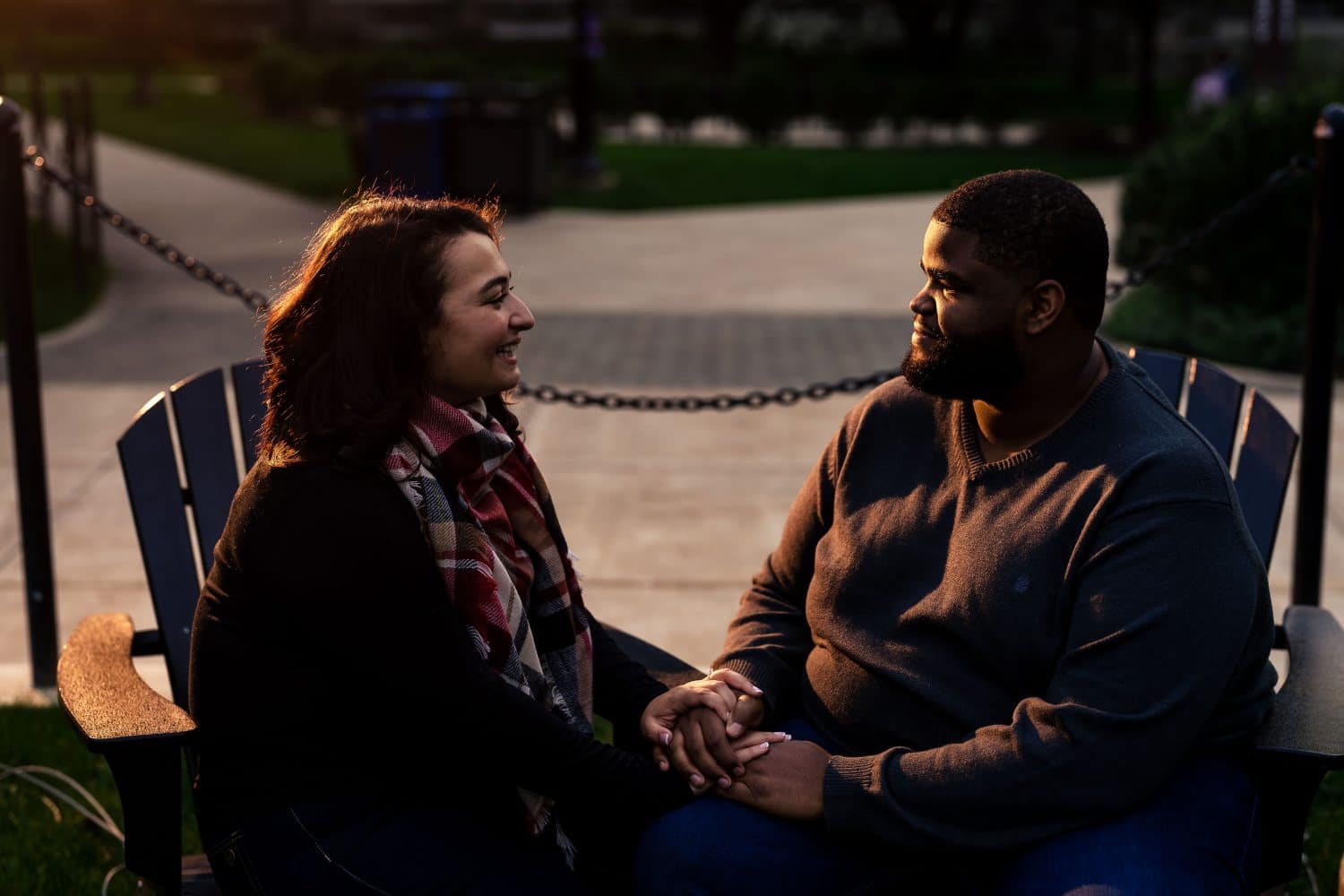 Commemorate your engagement with a photoshoot with your significant other. This is a unique period in your life, and there’s no better way to celebrate your upcoming nuptials than with a beautiful photo spread with the love of your life. Contact us today to schedule a consultation to discuss the details of your engagement shoot.

J&J Studios is one of the leading photography studios in Philadelphia owned by award-winning photographer John Ryan. Our team is committed to documenting your life’s most precious moments. We travel to any location in the U.S.