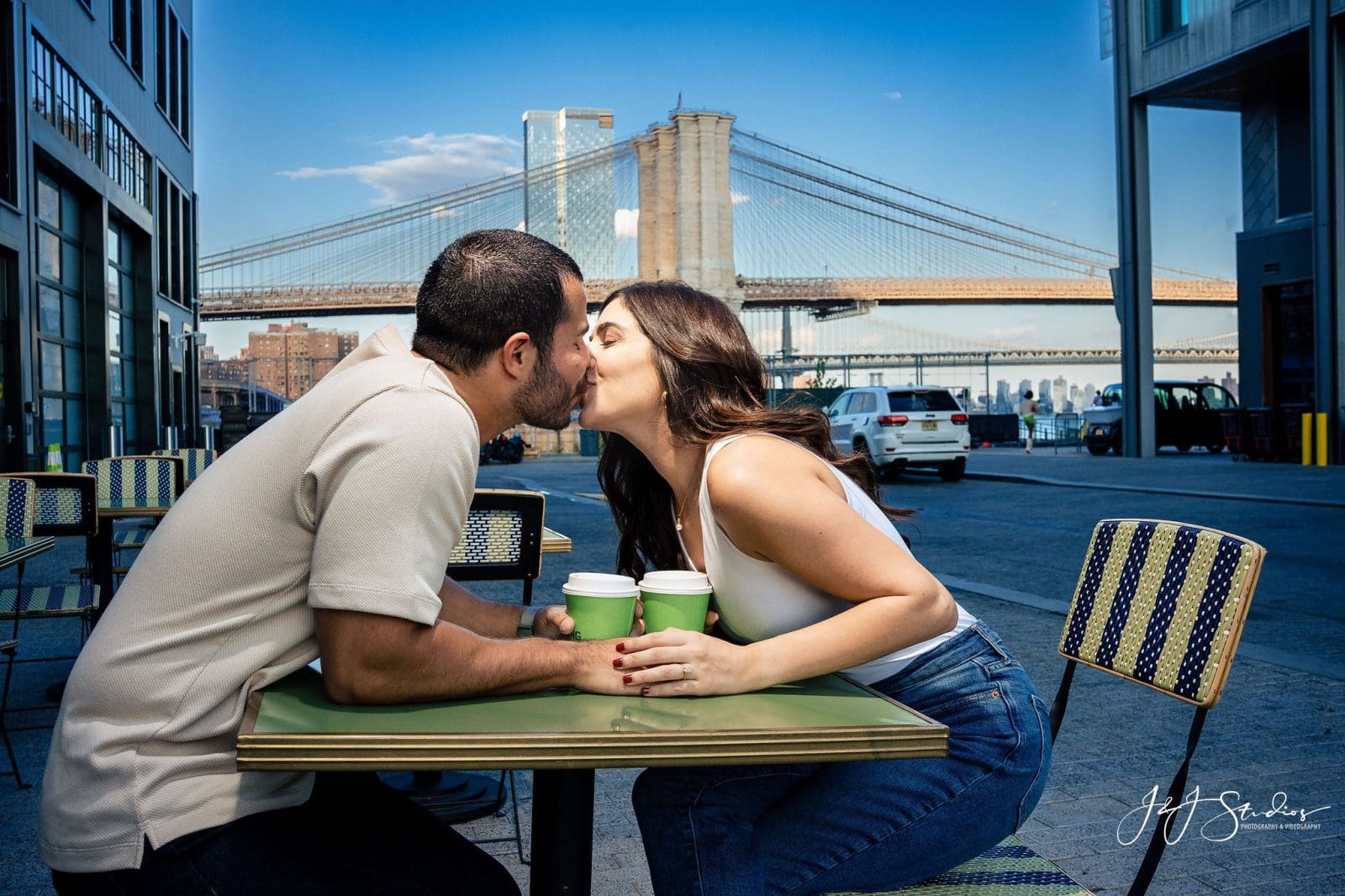 J & J Studios calls Philadelphia, PA home. Naturally, many of our clients are also from Philadelphia and the areas that surround the city. However, J & J Studios can and will travel to other locations so that clients who are farther away can benefit from our services. That’s exactly what we did in this Brooklyn Bridge engagement session. Kristine and Ernie both live in New York City, so J & J Studios headed north to photograph their engagement session in the city they love and call home! 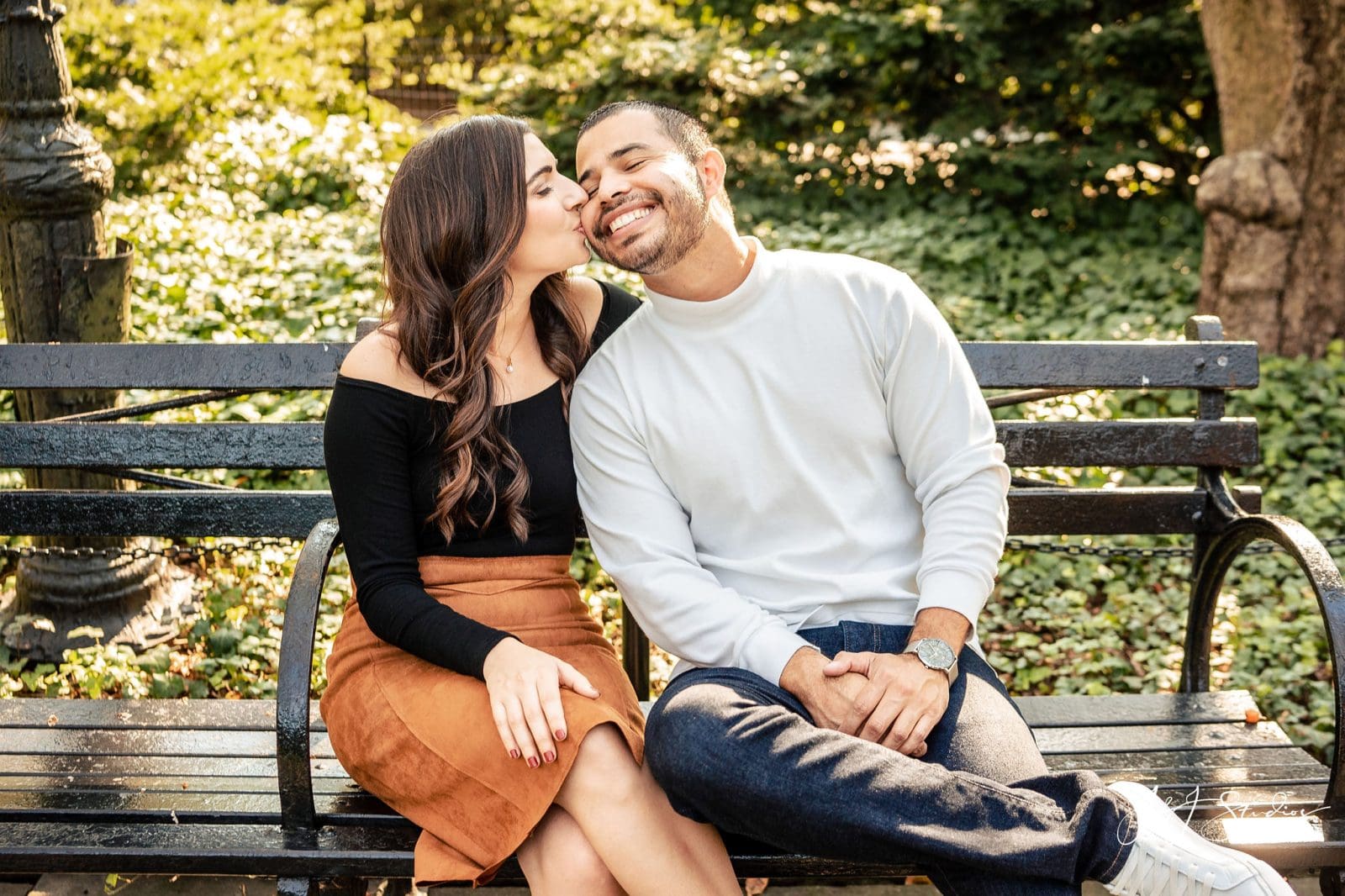 Kristine’s engagement ring is, like its wearer, utterly beautiful. However, it’s also one of the more unique ones we’ve seen lately! 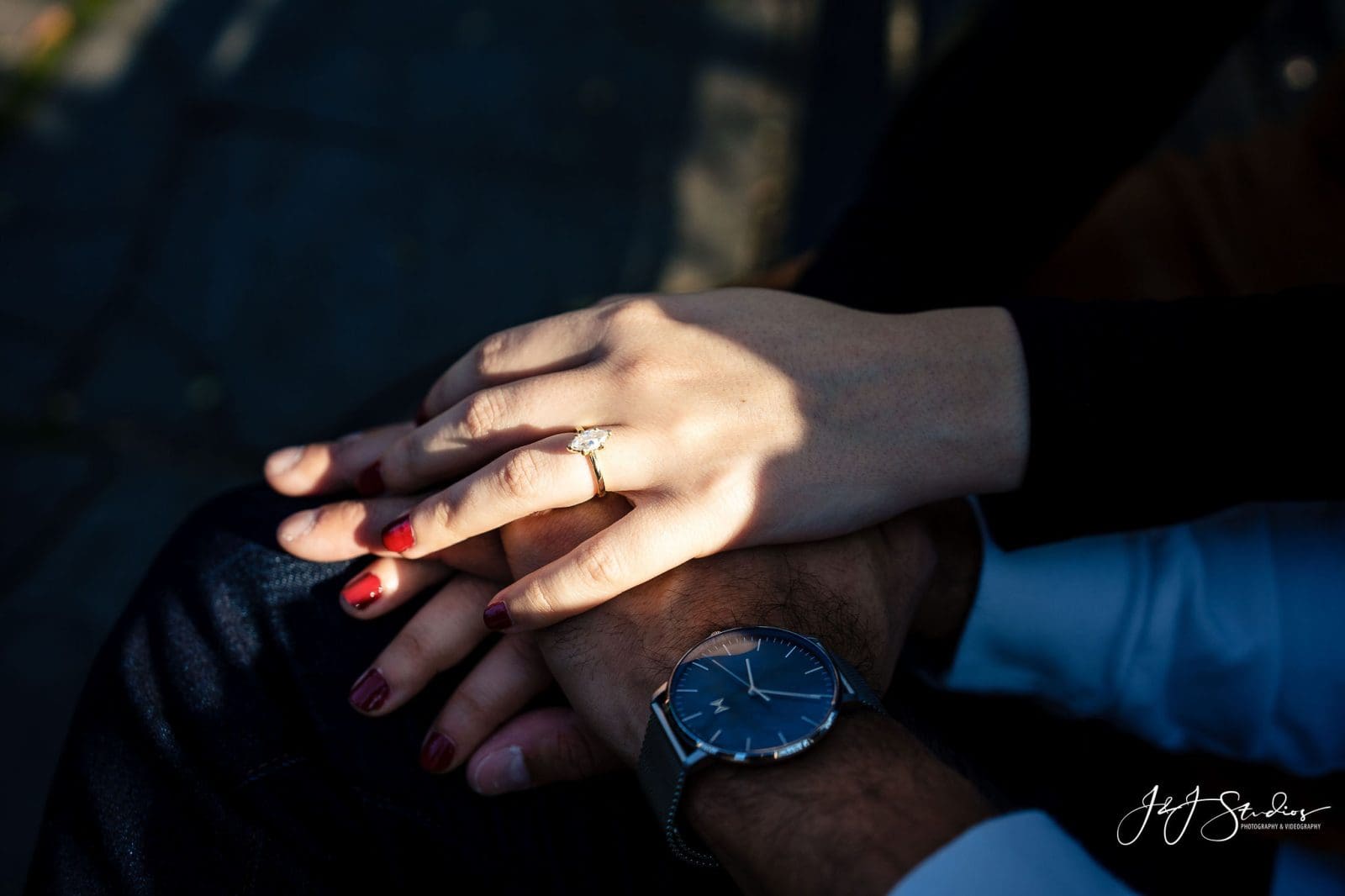 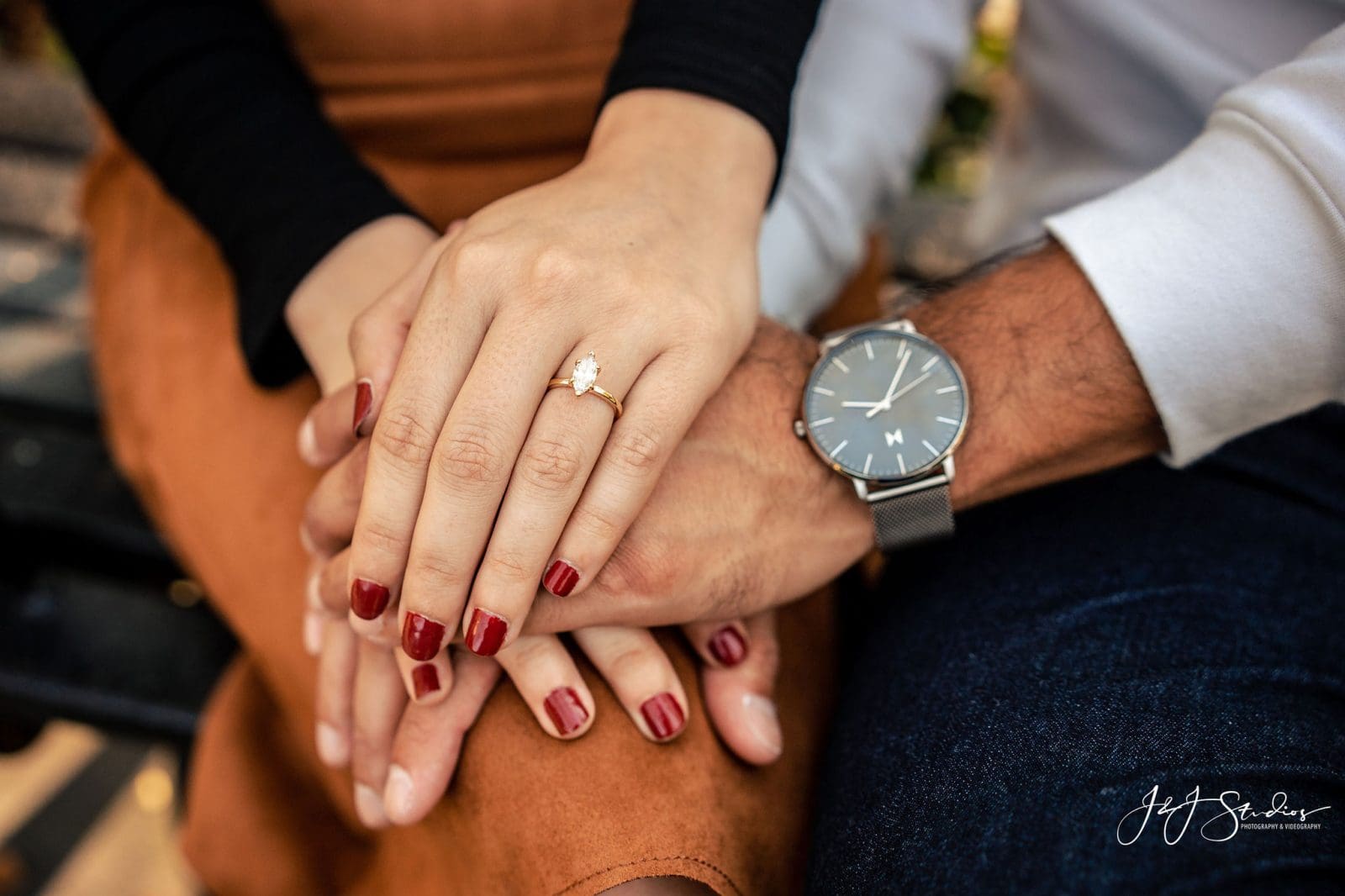 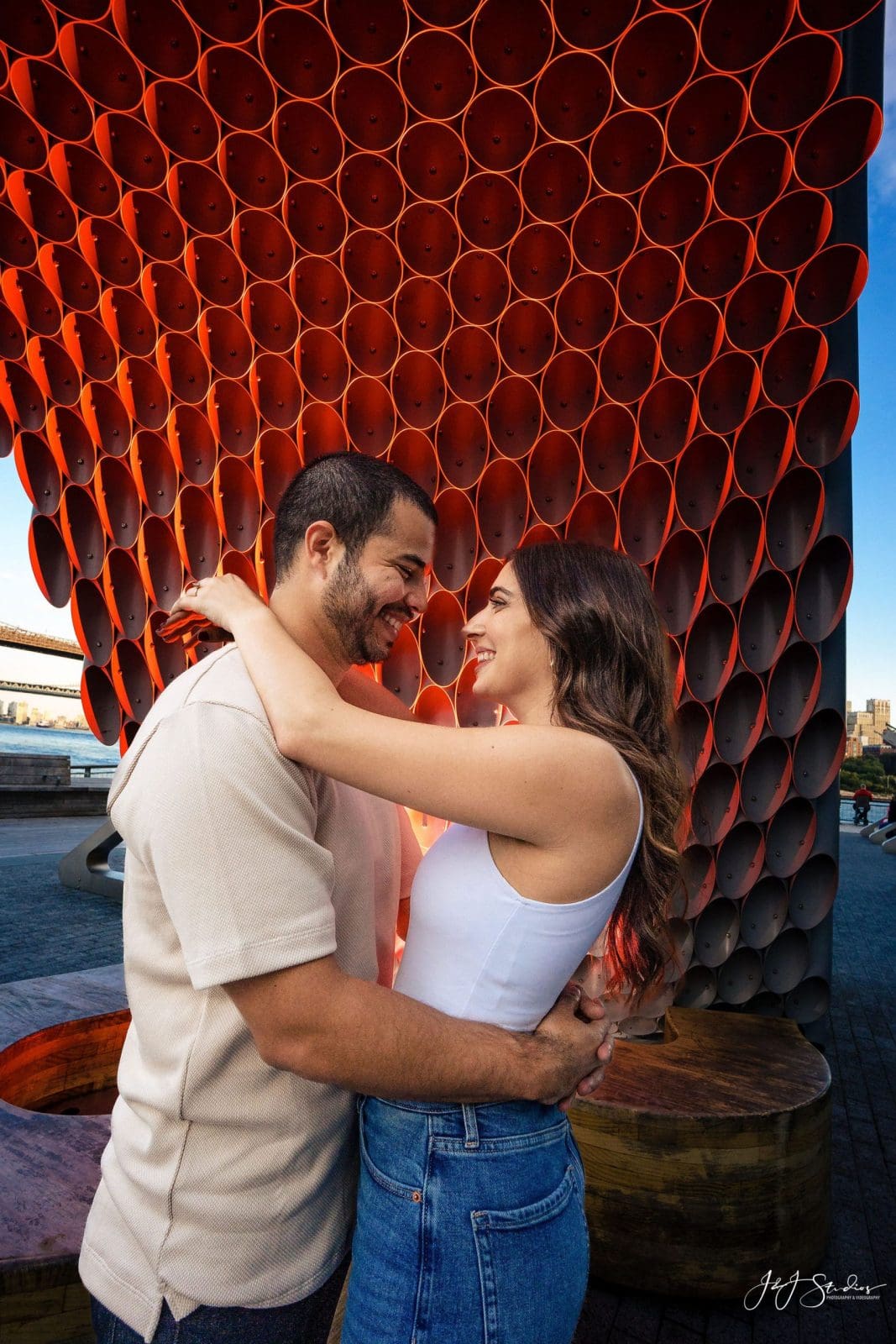 Kristine and Ernie chose multiple locations for their Brooklyn Bridge engagement session. Of course, one was the Brooklyn Bridge! One thing all the locations they chose had in common, though, was that they were quintessentially “New York.” One location was a beautiful park; another, a trendy coffee shop. 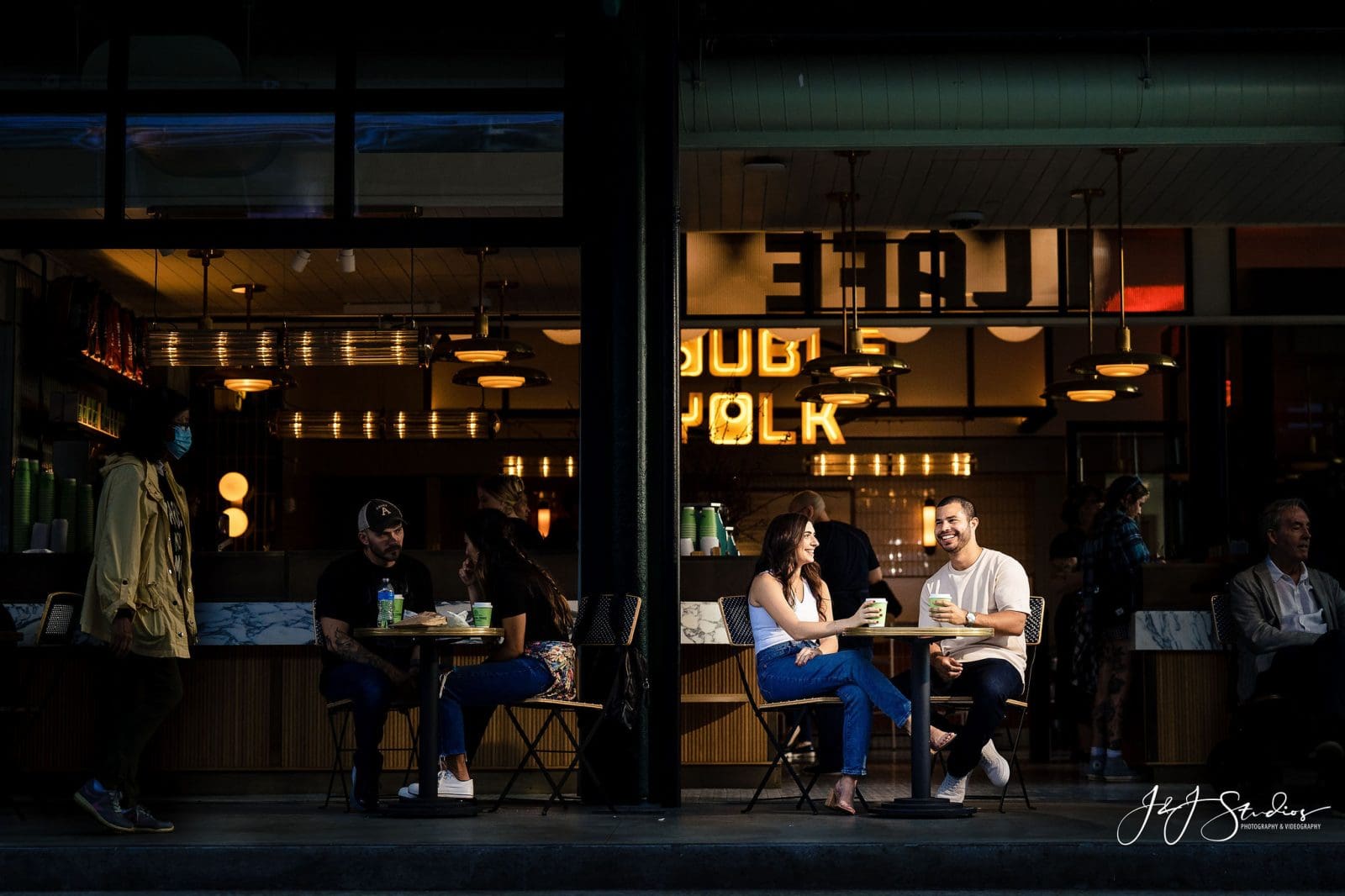 And, naturally, this lovely couple made sure to include New York City’s iconic and stunning skyline as the backdrop for some of their photos! 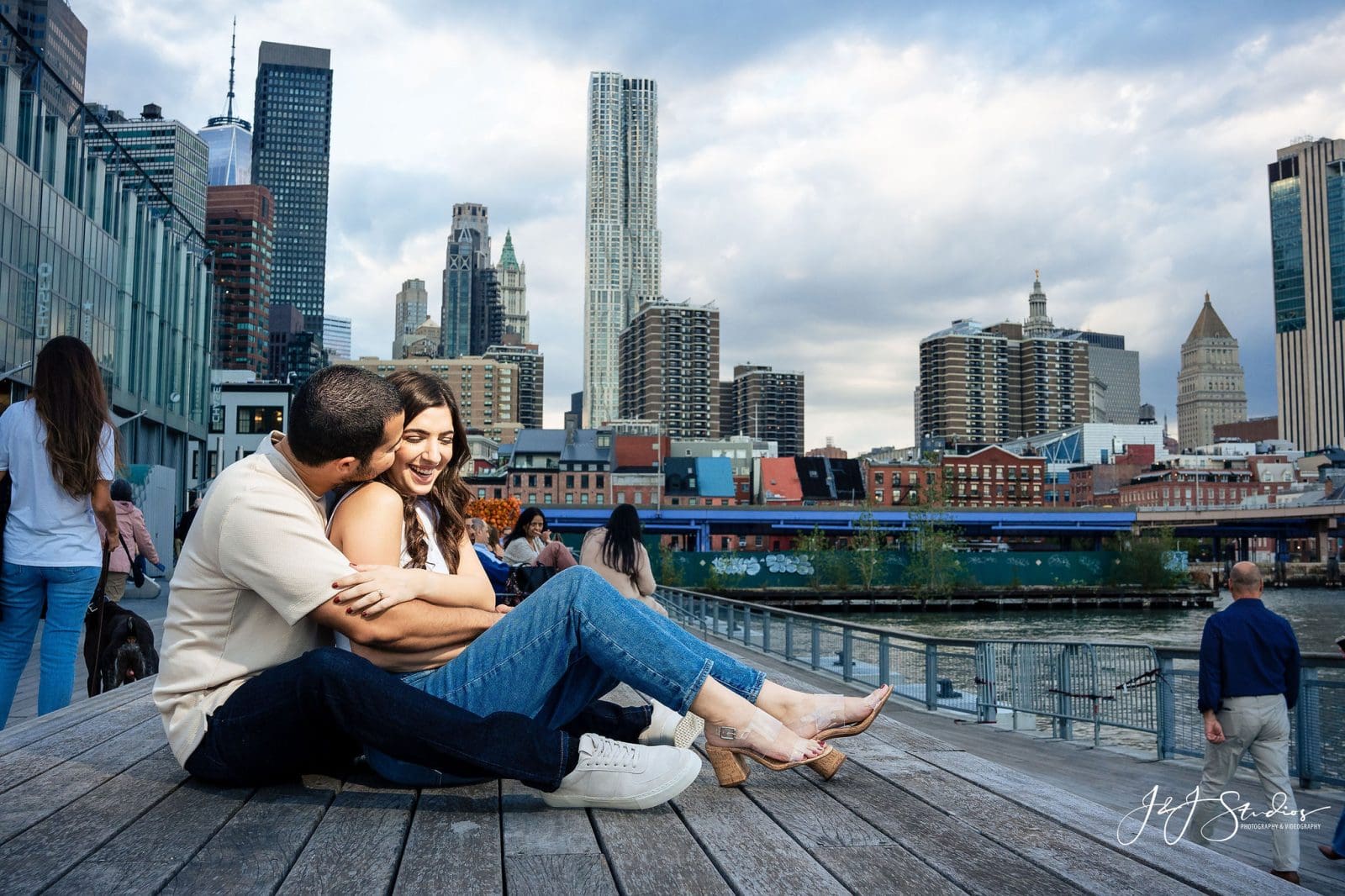 A (very) Brief History of the Brooklyn Bridge 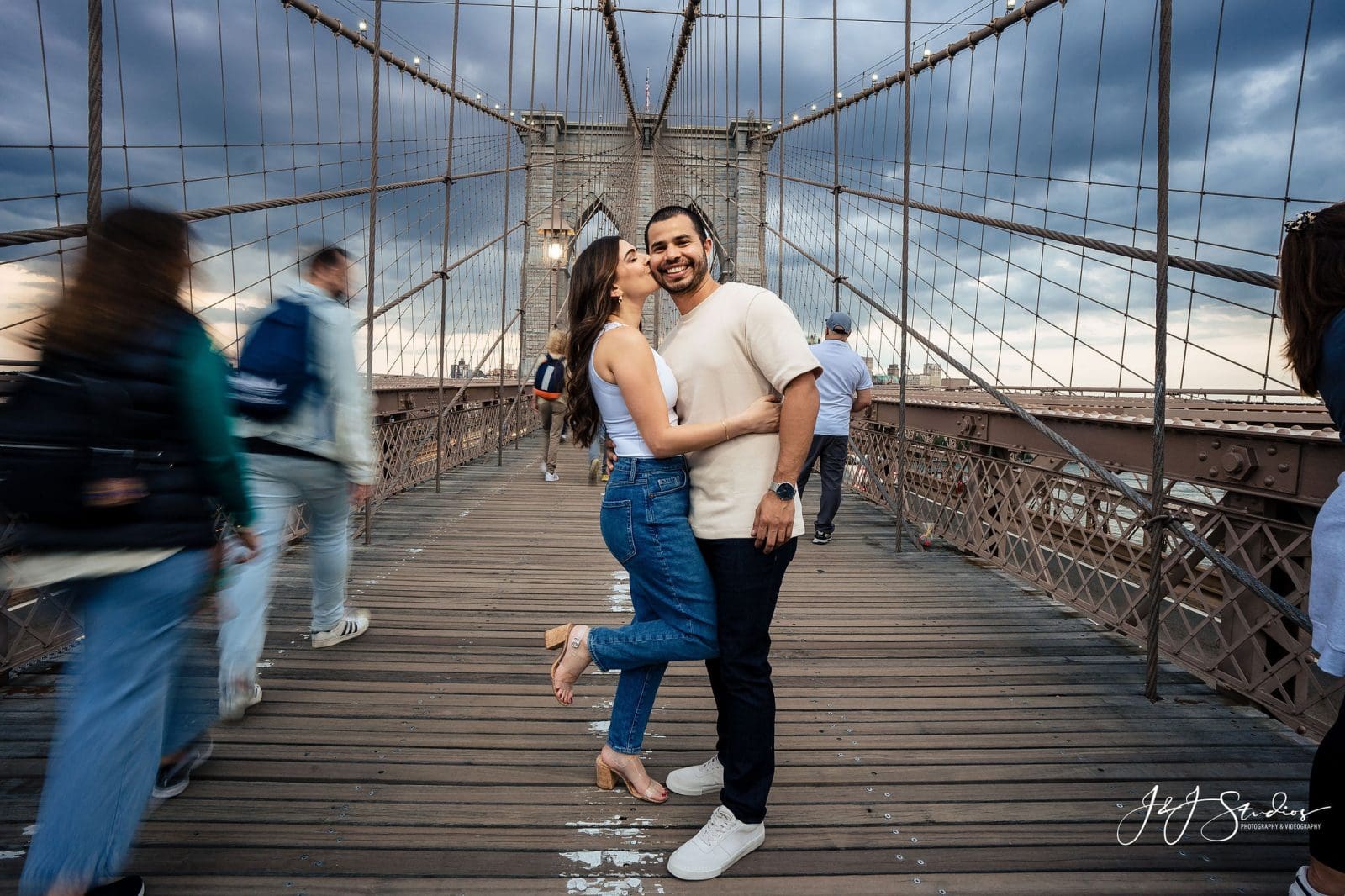 For a long time now, it’s been difficult to imagine the New York City skyline without the historic Brooklyn Bridge. But, until the late 1860s, there was no such structure spanning the East River! The only way for anyone to travel between Brooklyn and Manhattan (which were two separate cities at the time) was to take a ferry. 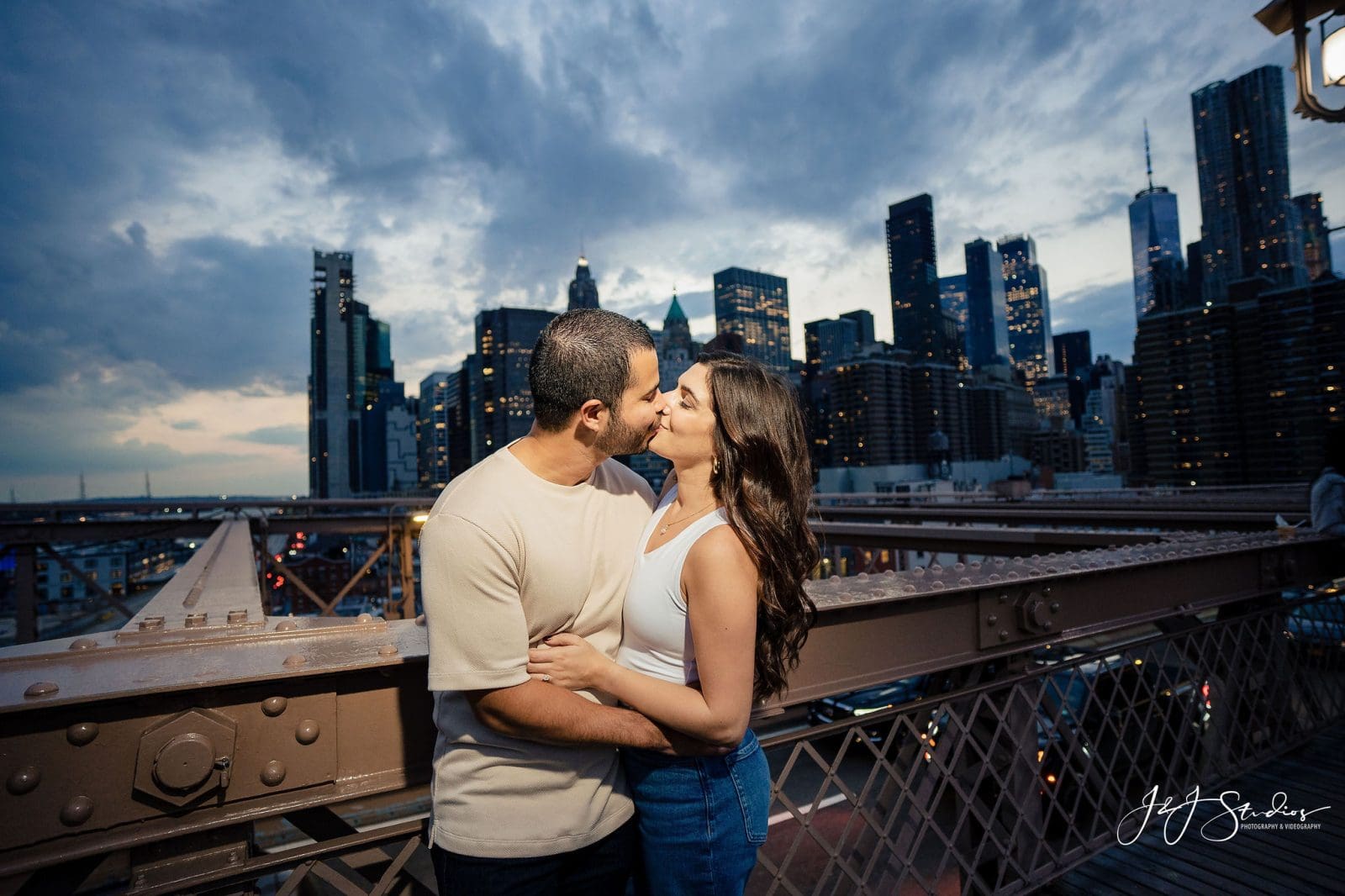 History credits engineer John Roebling with conceiving the idea for a bridge connecting Manhattan and Brooklyn. During the nineteenth century, the majority of the population of Brooklyn was working-class, and many of those were also immigrants. Roebling’s motivation for creating the bridge was to make Brooklyn residents’ commutes to and from Manhattan easier and faster.

Unfortunately, Roebling died before construction on the bridge even began. His son, Washington Roebling, who worked closely with him, took over the project. When Washington became ill, his wife, Emily, stepped in to oversee the design and construction of the bridge to its completion. 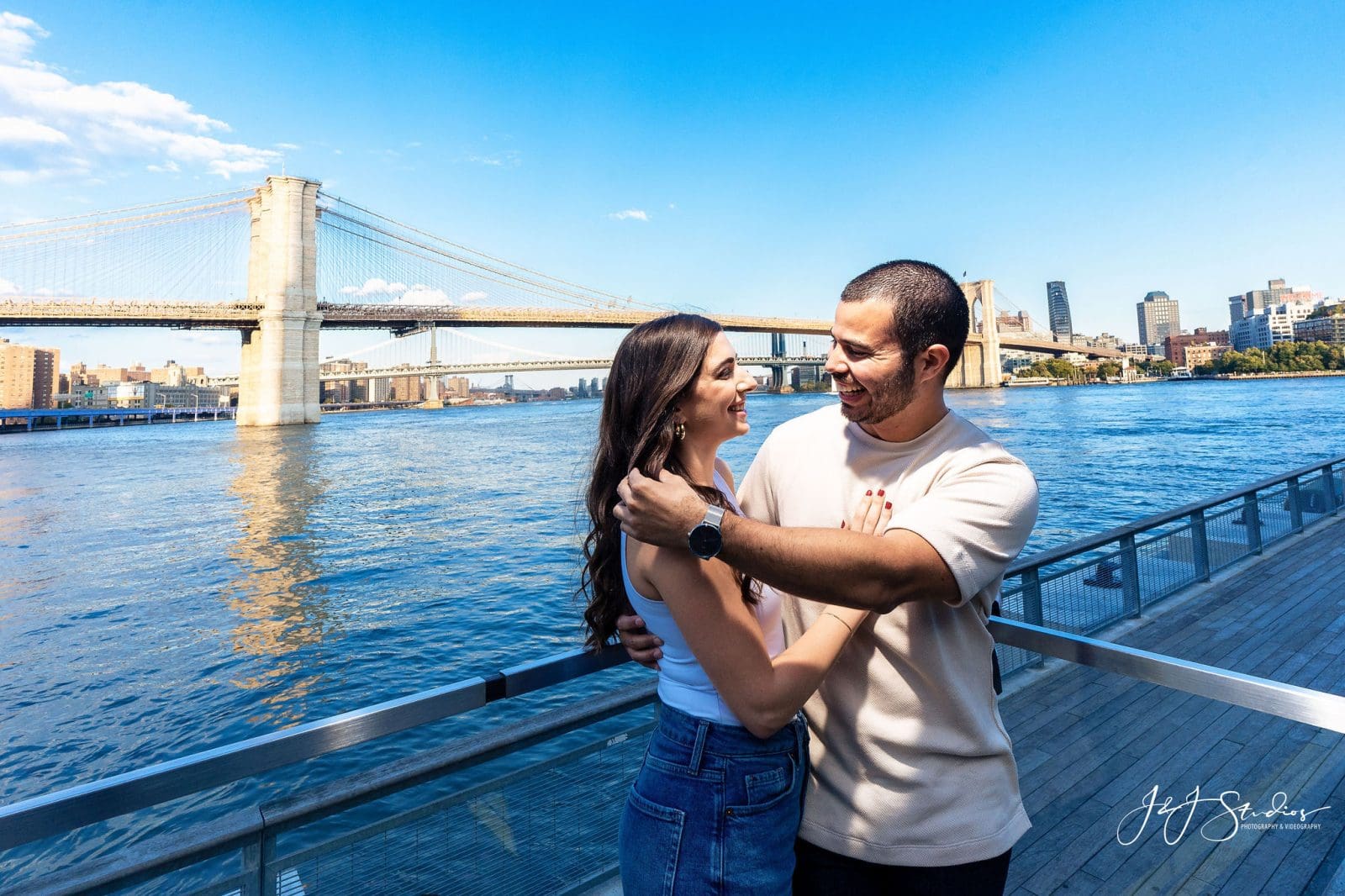 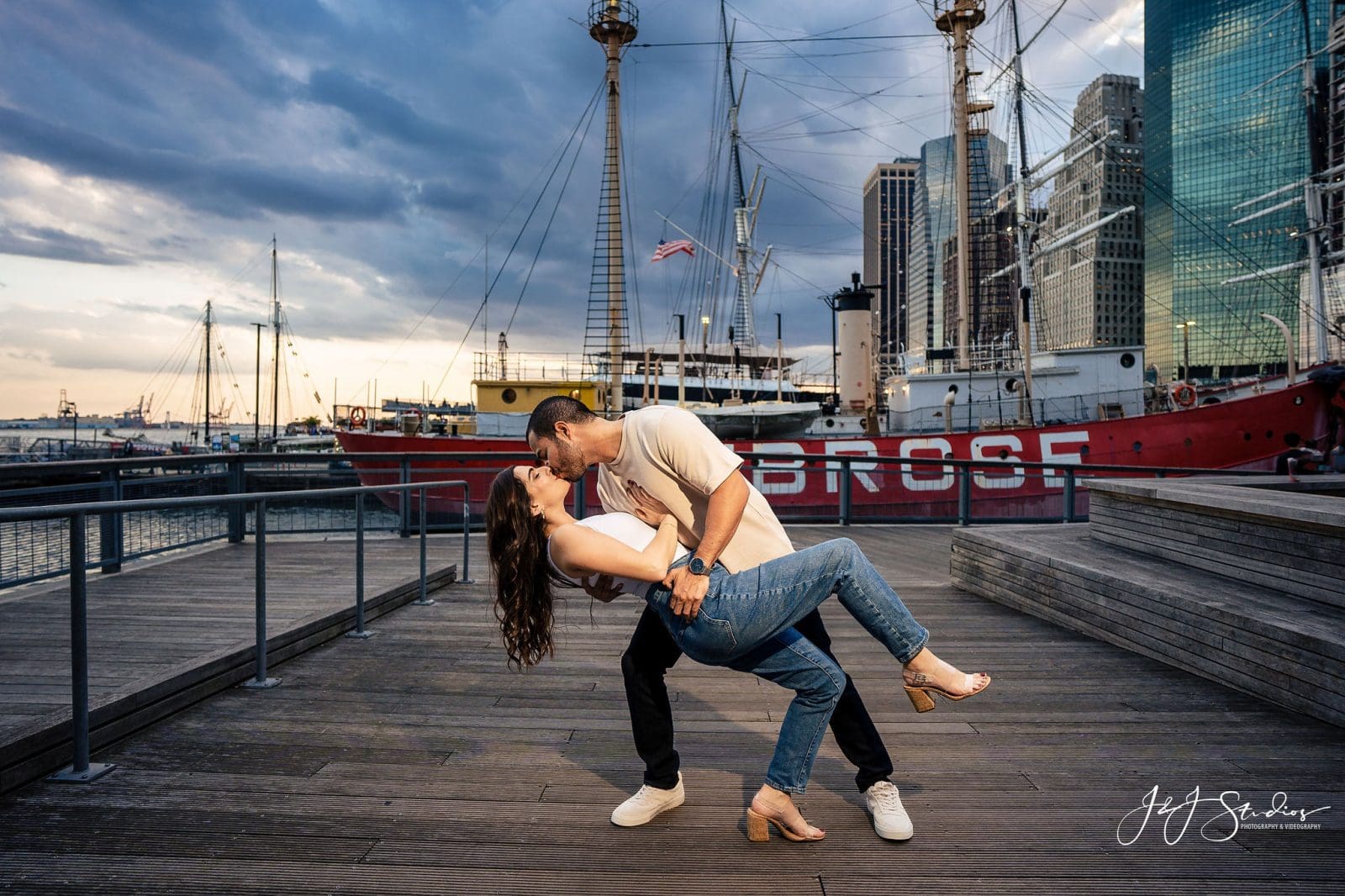 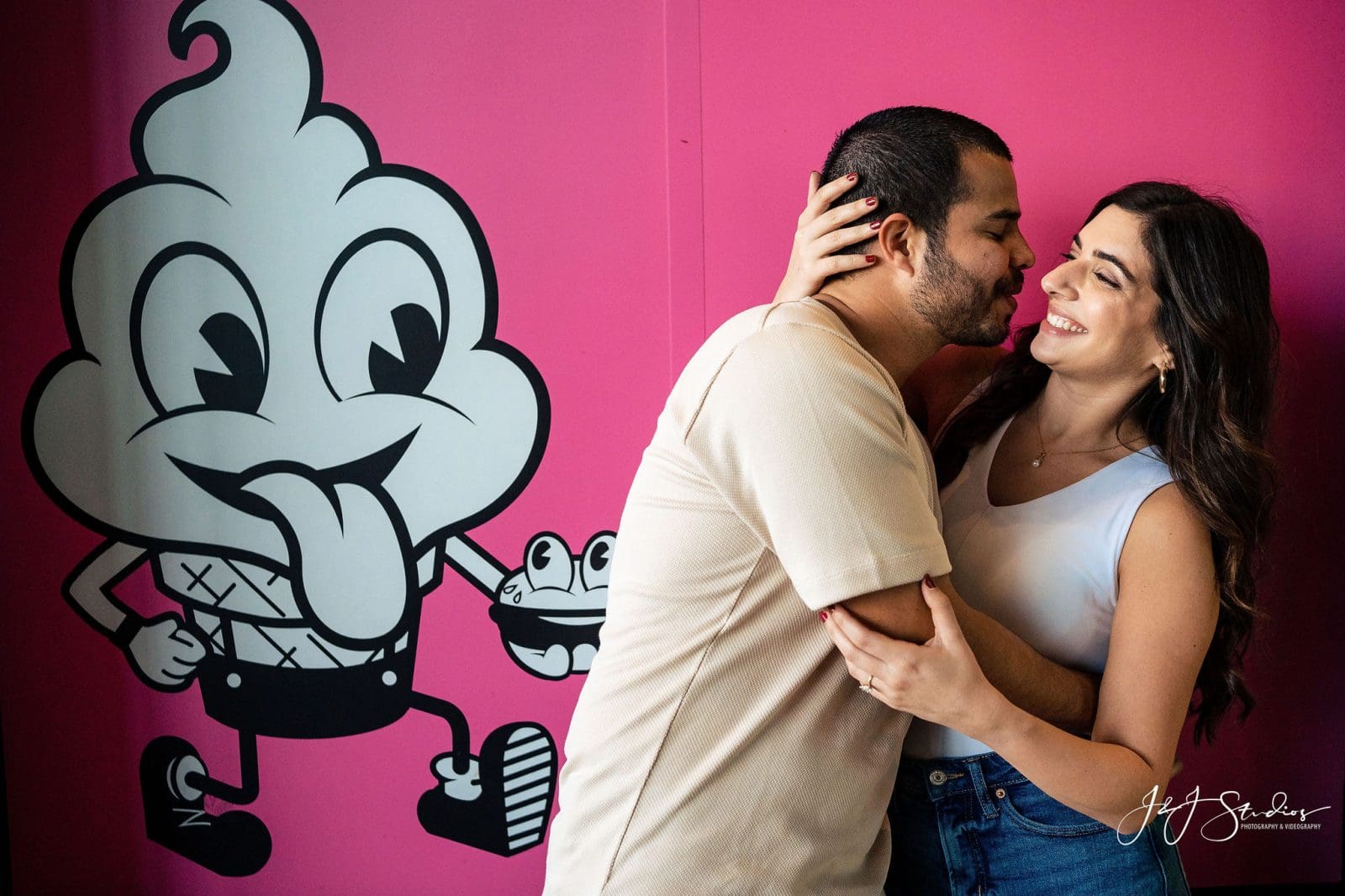 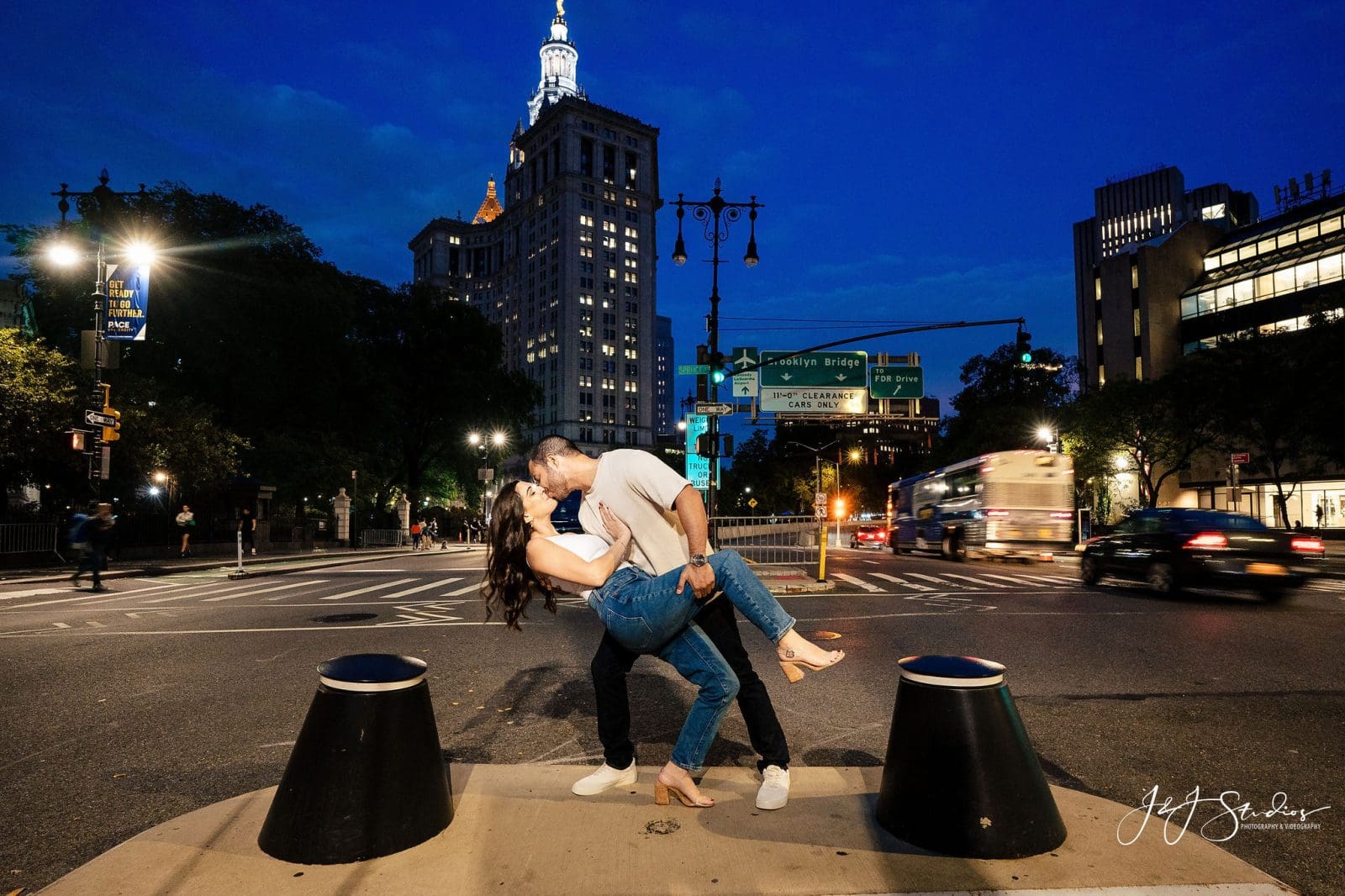 If you enjoyed the photos J & J Studios captured in this Brooklyn Bridge engagement session, we hope you’ll consider hiring us for your next important left event – or even just because! Whether you’re in the Philadelphia area or anywhere else, we’d be happy to capture your life’s most important moments. You can click the link here to contact us. We can’t wait to hear from you! 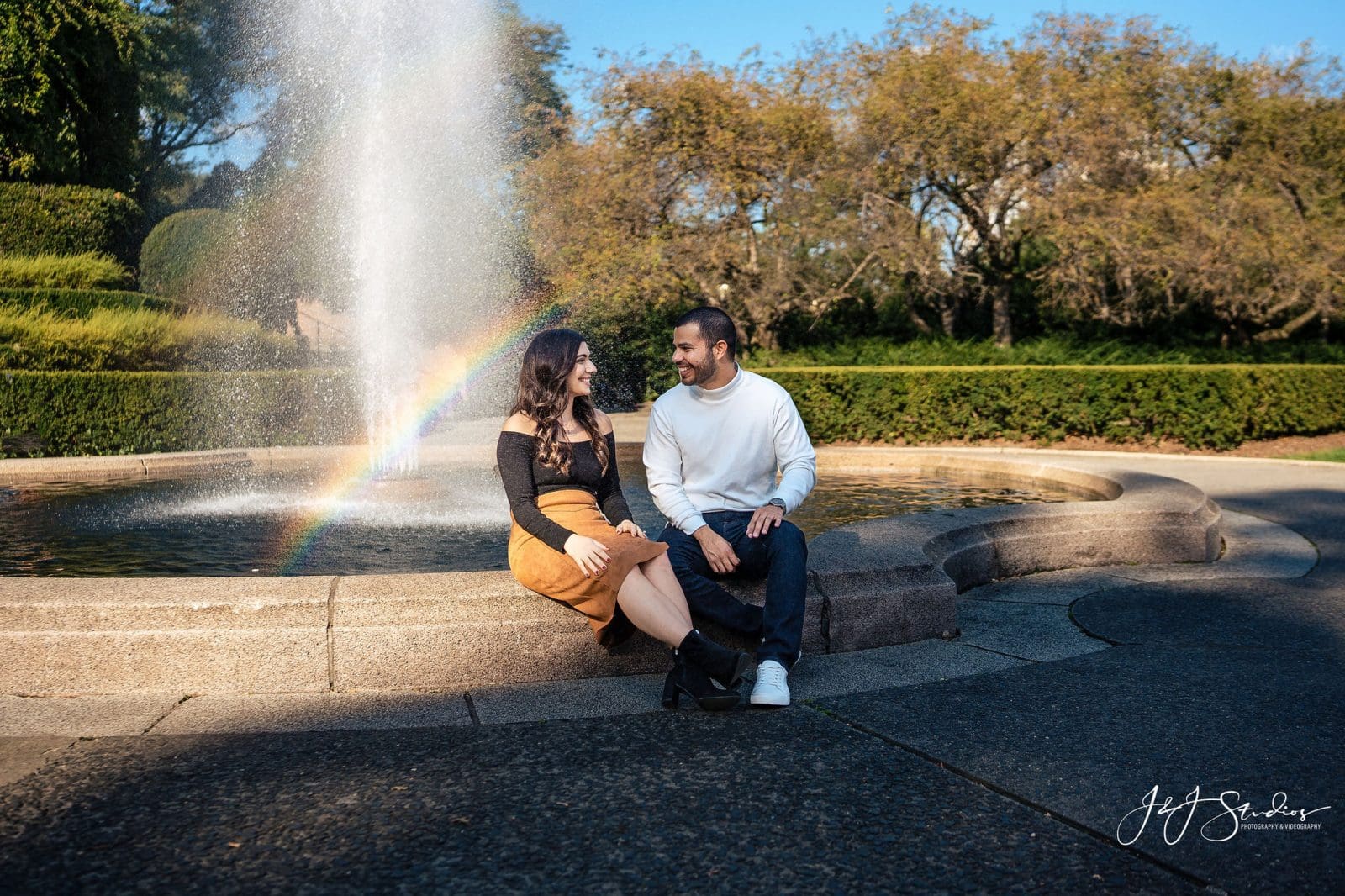